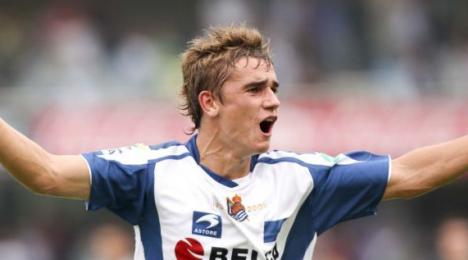 AC Milan have completed their biggest signing of the summer so far, completing the signing of Antoine Griezmann from Real Sociedad. The fee is rumoured to be around £21m, making it the most expensive transfer Lothar Matthaus has ever made.

With Robinho expected to take up the vacant first-choice striking position this season, Milan were in need of a left winger. There was rumours they were interested in Blackpool's Tom Ince, Sunderland's Adam Johnson, and Olympiakos' Royston Drenthe, however they seemingly jumped at the chance to sign the French winger.

Griezmann first came to the fore at Sociedad at the start of the 2009-10 season, when Sociedad were in the Liga Adelante. He made 39 appearances that season, and helped his club gain promotion to the Liga BBVA. In the four seasons since then, Griezmann has made 142 appearances for Sociedad, scoring 30 goals, which is a good total for a young winger.

Over the last couple of seasons, there has been talk of Griezmann moving clubs, and making the step-up to a bigger club. Whilst at Manchester United earlier this year, there was rumoured interest from Matthaus, however he will be glad he didn't build on his interest, as it has allowed him to bring him to the San Siro.

Griezmann is yet to play for the French senior team, having only made nine appearances for the under-21 team, and this is one thing he says he is hoping his move to the Italian capital will bring, bringing him more to the attention of French national team boss Paul Le Guen.

Griezmann will be on £60,000 per week at the San Siro until the end of the 2017-18 season, and he will wear the number 45 shirt whilst playing for the Rossoneri.
Login to Quote

Neal
9 years
Nice transfers, Chile should be an interesting challenge. Best of luck

will have the update of the first match up tonight!
Login to Quote

It's Italy, no one gives two shits about numbers hahaha
Login to Quote 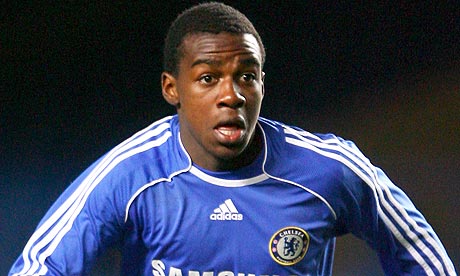 AC Milan look to have completed their business for the summer transfer window, after completing the signing of Gael Kakuta on loan from Premier League side Chelsea until the end of the current season. He joins a couple of weeks before Milan's Serie A opener away to Fiorentina.

Kakuta has spent a lot of his Chelsea career out on loan, at clubs such as Fulham and Vitesse, however did spend last season back at Stamford Bridge, yet did not make a single appearance. Chelsea have now decided their best option would be to send Kakuta back out on loan for another season. He hopes that by joining Milan on loan he will kick-start his Chelsea career once he returns to England.

Kakuta joined Chelsea from RC Lens in 2007, and only made six appearances in his first three years at the Bridge. He is now 23, but has spent the vast majority of his time since 2010 out on loan at various clubs. His first loan spell was to Chelsea's rivals Fulham, where he made seven appearances. Since then he has spent time at Bolton, Dijon, and Vitesse, before staying in London last season.

Kakuta is only expected to be backup at the San Siro, and has been given the number 91 shirt (the year of his birth), for when he does play for the Rossoneri.
Login to Quote

Because it was the lowest available number haha
Login to Quote

BeanyUnited
9 years
Wow yet again you show how good you are at getting loans!
Login to Quote

Glenn T
9 years
Pretty interesting loan signing in Gael Kakuta. Hope he does well for you, even as backup


I just see it as sensible with the amount of wages I have going spare. Plus I have no budget after signing Griezmann.

Glenn T:Pretty interesting loan signing in Gael Kakuta. Hope he does well for you, even as backup 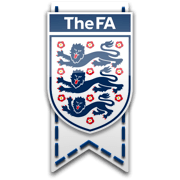 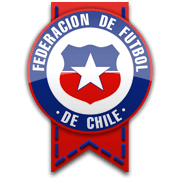 This is Wembley Stadium, London, and we're here to watch England face Chile in their first match since the World Cup finals in Brazil. It is also, coincidentally, Lothar Matthaus' first match in charge of the Chilean national team. It will be interesting to see how his team copes whilst faced with the challenge of an England side rejuvenated in recent times.

Matthaus took over Chile less than a week ago, just after resigning from his post with the Cook Islands, and hasn't even been able to pick his own squad for this upcoming game. It is still a strong squad however, featuring the likes of Manchester City's Arturo Vidal, and Real Madrid's Mauricio Isla. The main weakness for Chile today will be at the left-back position, where it is predicted Vidal will start the game.

Many England fans have come here today expecting to win easily, but as we know, Matthaus' teams do not lie down and take defeat. His team's are unbeaten in two seasons, and he is yet to lose in his career. Will England be able to break that record today?

1 min: England get us underway here at Wembley. What awaits us in this match?

15 min: Andia has to clear the ball on the halfway line. He's cleared it long, and it's towards Rubio on the edge of the box. He knocks it down with his head to ORELLANA!!! Chile take the lead at Wembley, and Matthaus takes the lead on his return to English soil! England 0 Chile 1!

HT: Chile have the lead at half time here at Wembley. Whether Matthaus' players will be able to hang on for the win in the second half remains to be seen, but it'll certainly be interesting!

52 min: Bravo takes the goal kick long. He's found Sanchez in the center circle, who lays it off for Orellana six yards away. He plays it first time over the top of the defence, and Rubio looks to latch onto it. Smalling gets a weak head on it, trying to put it behind... oh, Rubio keeps it alive! He's taken it down, and now has the goal at his will... RUBIO!!! The Sporting Lisbon player scores, and doubles Chile's lead at Wembley! They've been on the back foot all game, yet somehow find themselves with a two goal cushion! England 0 Chile 2!

FT: The referee blows his whistle, and boos ring out around Wembley, from the England supporters who've seen their team stumble to a shock 2-0 defeat to Chile. Matthaus, however, once again shows why he is one of the greatest managers of recent times. He will be delighted with his teams performance, in what could be the start of a very successful season for him.

Obviously I'm delighted to have kicked off the season with a win. I only took over a few days ago, and can hardly have expected to win this first match, but somehow we've managed it. Hopefully this puts us on the start of a journey to glory and success.

I'm really happy with the performance of Diego Rubio today as well. He always had a great attitude under me at Sporting Lisbon, and scored some crucial goals for us. He was a pleasure to work with then, and I'm sure he'll still be one now. He will be a key part of our team for the next few years, however we have some very good talents, so we don't just have to rely on Diego.
Login to Quote

Jer
9 years
Great win mate! It must be funny that you are from England and you beat England

Jer
9 years
Great signings as well! Griezmann will play top class for you! I'm worried that Robinho will be your first striker tho

It's not weird, it's just funny that I beat Rooney!

PaukerJ:Great signings as well! Griezmann will play top class for you! I'm worried that Robinho will be your first striker tho

You do realize I have Pato, Abel Hernandez and John Guidetti as well, don't you?