Justice
9 years
Thanks guys, this will be a good season

Season Six: Players of the Season 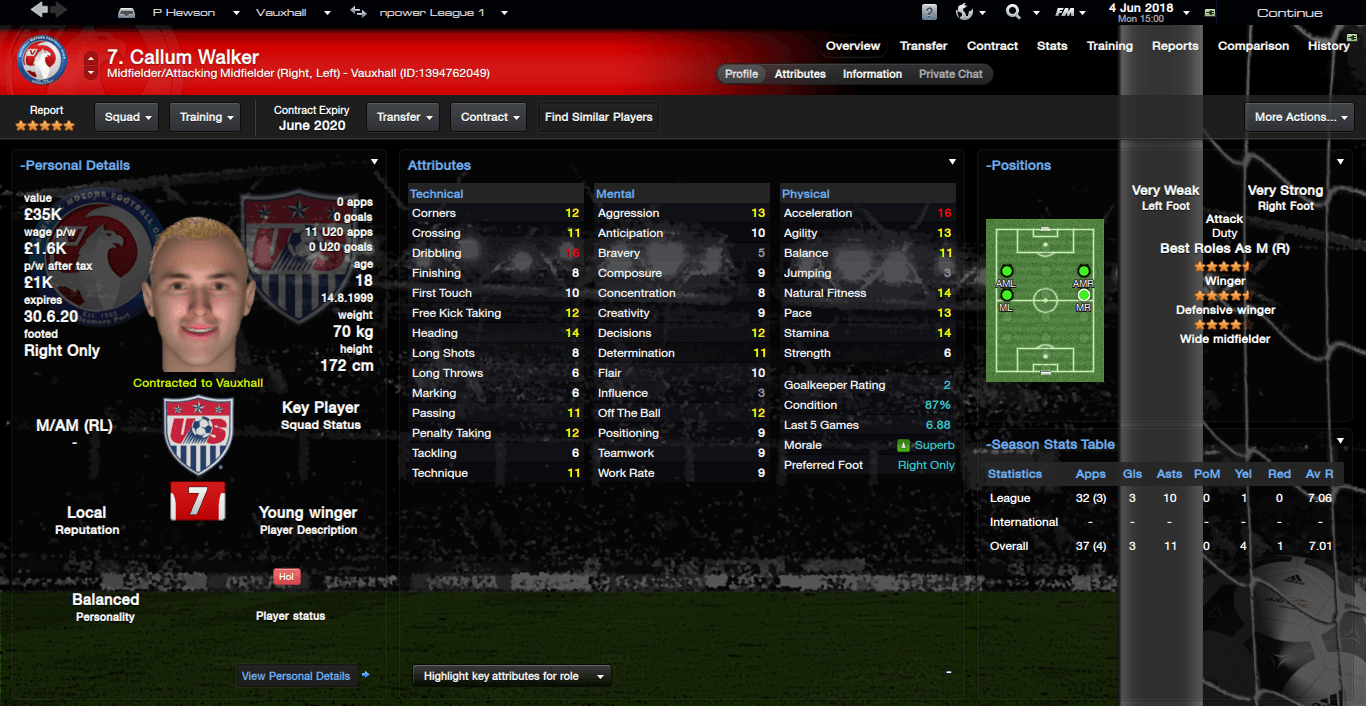 The teenage winger made an impressive debut season in the English leagues by becoming a strong point in Vauxhall's promotion winning team. His dribbling ability and his raw pace have made him a regular on the teamsheet. In 41 appearances, he has scored 3 goals and claimed 11 assists. He has been a true force in our side and can only improve in the future. 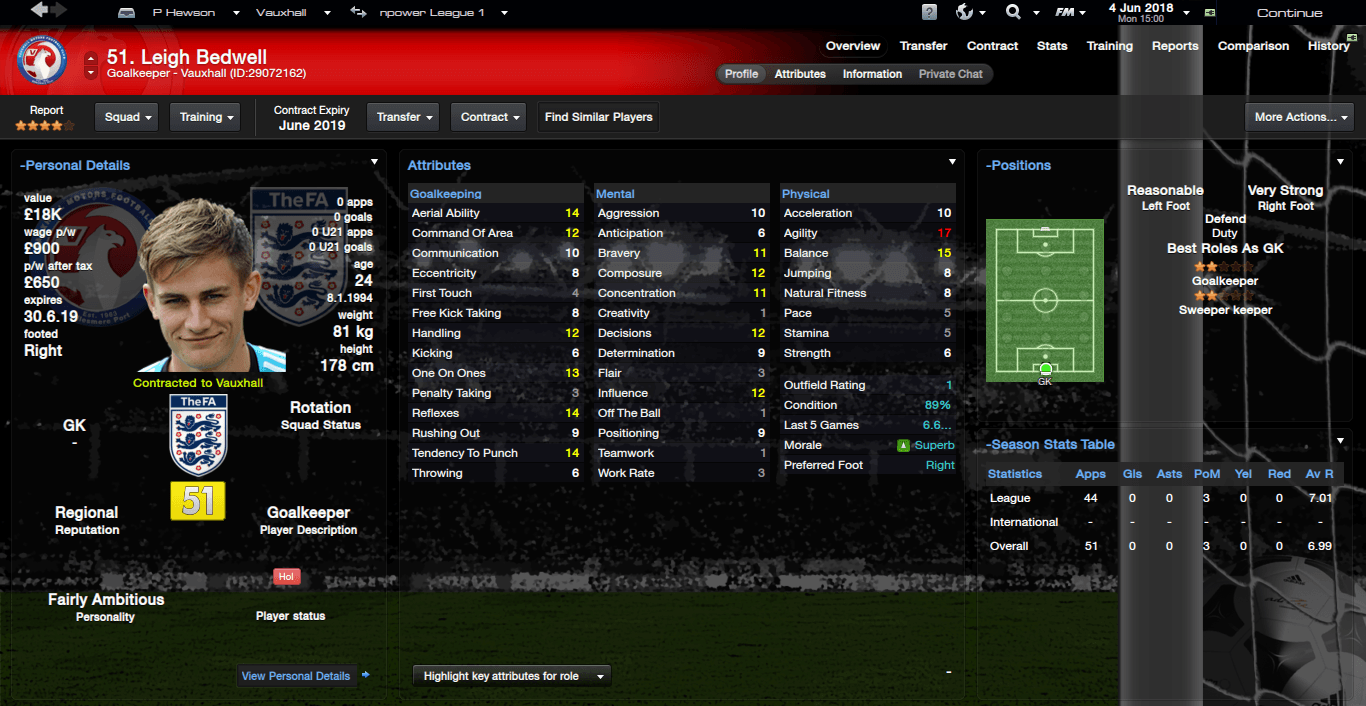 Leighh Bedwell was another new signing this season, and another big part of our team. The twenty-four year old shot stopper has been called upon many times this season and has produced the goods, time and time again. He has been as reliable as anybody in nets, and kept 13 clean sheets in 51 games. Not an amazing tally, but when you consider the fact that Vauxhall were only just promoted, that's a very good total. 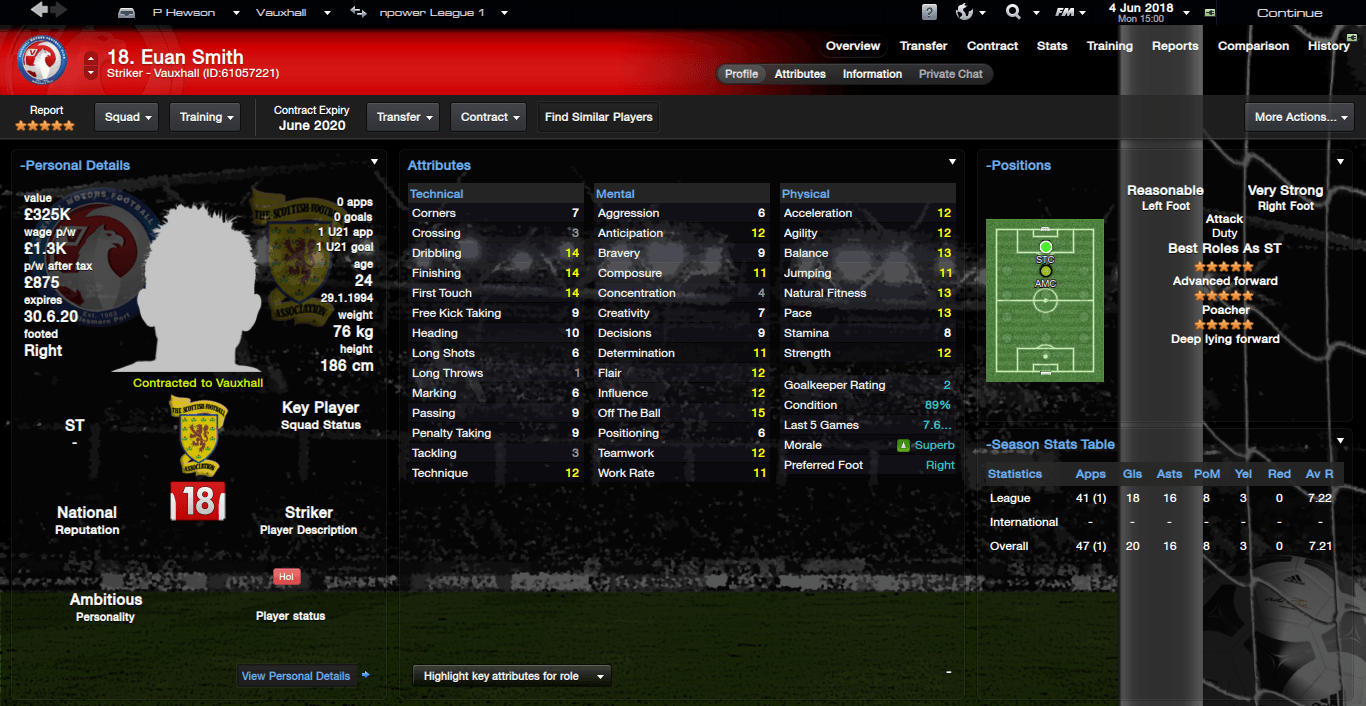 Euan Smith has been in formidable form this season, and has bailed us out when we needed a goal. His incredible goalscoring talent, combined with his pace and his creative mind, makes him a lethal striker. In 48 games, he has scored 18 goals, created 16 goals and notched up 8 Man of the Match awards. He has been an incredible player for us this season. 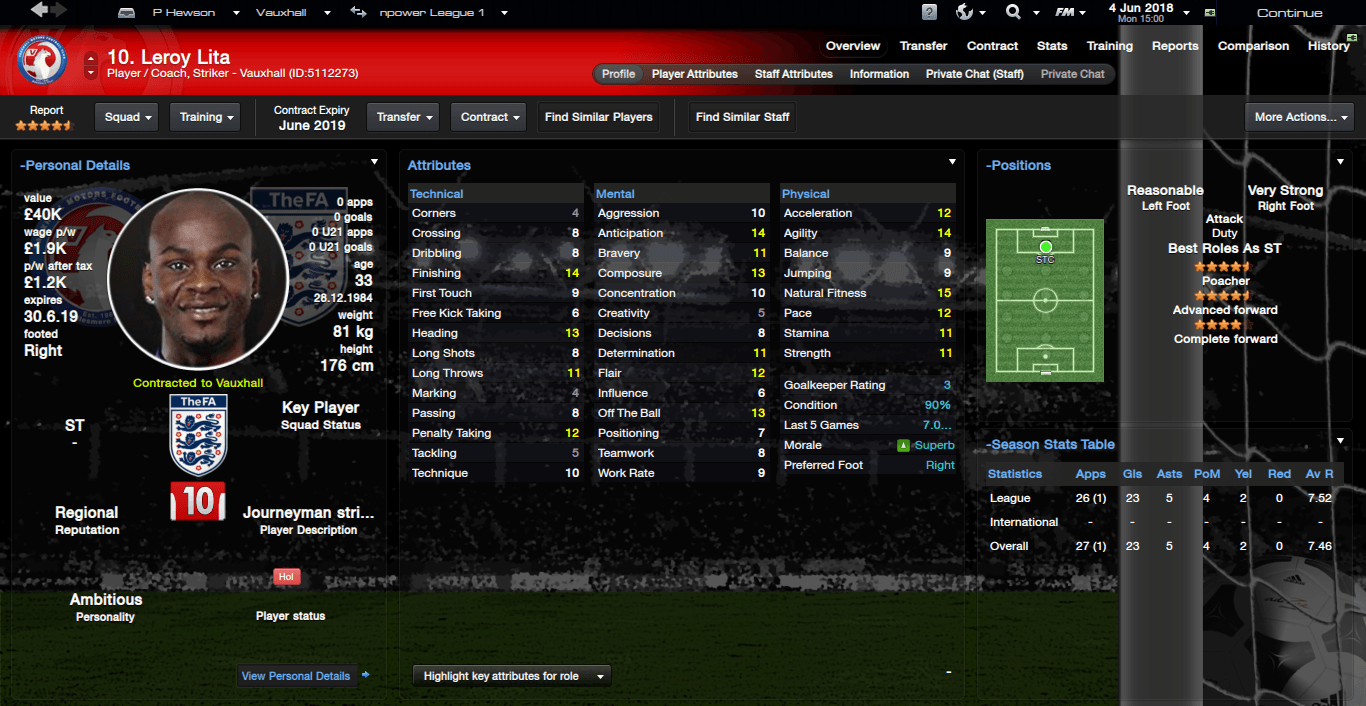 Another season debutant for Vauxhall Motors, Leroy Lita is a well-known player in English football. Having been at much bigger clubs and scoring in much higher leagues, this was expected to be a good season for Lita. He produced the goods, and scored 23 goals in 28 games. This is a record for any striker to be proud of and he has helped us out big time with our promotion. 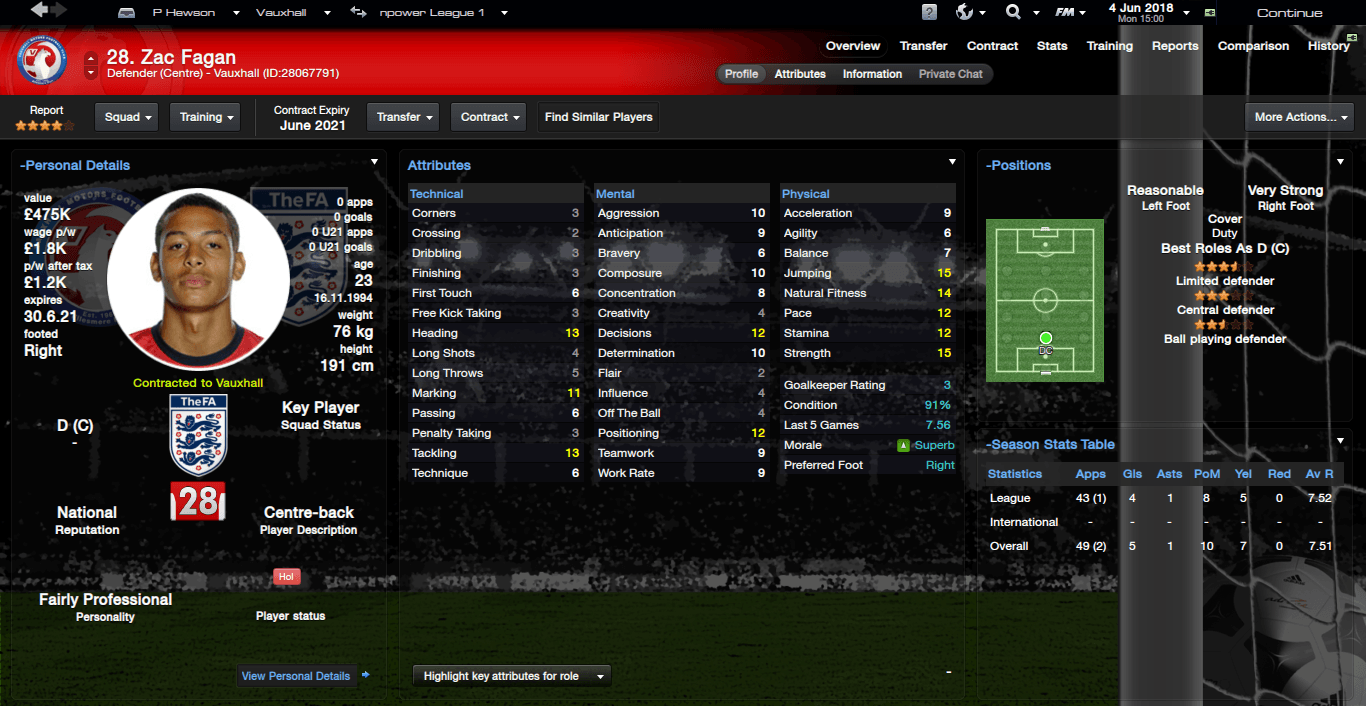 Zac Fagan is my player of the season for a second year running. He has been a rock at the back and without him, we would be lost. He has been unbeatable in defence, and has proved his goalscoring ability with 5 goals in 51 games. He also has 10 Man of the Match awards and has become a Vauxhall Motors idol for his work for the club. He will be a Vauxhall legend!
Login to Quote

Can't wait for next season!
1
Login to Quote

Is he going to still be there for the Championship?
1
Login to Quote

Can't wait for next season!

Is he going to still be there for the Championship?


I see we have a fan favourite here

Yeah he's been an inspiration so far

Can't wait for next season!

Is he going to still be there for the Championship?


I see we have a fan favourite here

Yeah he's been an inspiration so far

"Our journey to the top was fast-tracked this year as we gained our second promotion in two seasons. For me, this is quite astonishing. It isn't that I have any doubt in my squad, because I don't, but because this is a remarkable accomplishment for anybody to achieve. For me, this is another golden moment in my life.

We can look back at the season with a lot of pride. We had our bad games, but we had our good games too, and you don't finish second in the league by goal difference for nothing! We were exceptional from game one to game forty-six and we deserved our promotion. If you compare this season to the last few seasons, we have settled in to the new league much more quickly and we did well as a result.

The Championship will be another step up in class, but it is one I think we will all enjoy and benefit from. Unfortunately as Vauxhall Stadium is getting four thousand new seats, we will have to play at the Halton Stadium. We won't generate the same atmosphere as at our own place, but we will still try to play our best football and produce the results that we need to progress as a football club. We have a bright future ahead of us!"
Login to Quote


Vauxhall Motors have revealed their kits for the new season. In an attempt to revolutionise kit making, Adidas have revealed a very interesting kit style for Vauxhall's home kit. It has plenty of critics but it is one that the Vauxhall board and players are happy with. The away and third kits are very familiar Adidas styles. The most important things to note are the Adidas Original logo in all three kits, and Siemens being the new kit sponsor. 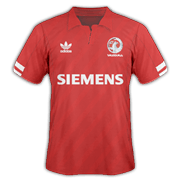 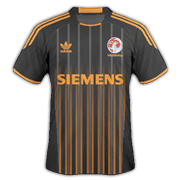 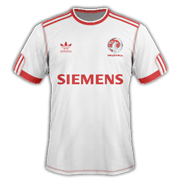 Toon
9 years
Great job Bono. Only way is up.
Login to Quote


Last season was a spectacular season for us, claiming promotion and missing out on the NPower League One title by goal difference. With great memories to savor and great ambitions, we were looking forward to what would hopefully be a very good season in NPower Championship for us. The pre-season will be key for us as we look to improve the squad, improve our finances and to get the players match fit before the start of the season.

We played just four friendlies this year, as I wanted to focus more on training than match fitness. We lost to Coventry, before hammering Buxton. We then drew with Worcester, before being demolished by Man City. Obi Anoruo made a statement with two goals and has put his name back in the first team scene with a shout.

We released five players on free transfers, including former vice-captain Craig Mahon. These players were no longer first-team quality and their wages only hindered us. We had no need for them and they were not going to play for us. We signed one player, and loaned another.

Jordan Hart is a young Scottish 'keeper who was signed on a free transfer. He is a very well-rounded goalkeeper, with his Handling being his finest skill. He is a solid player who will be our No.1 this season. 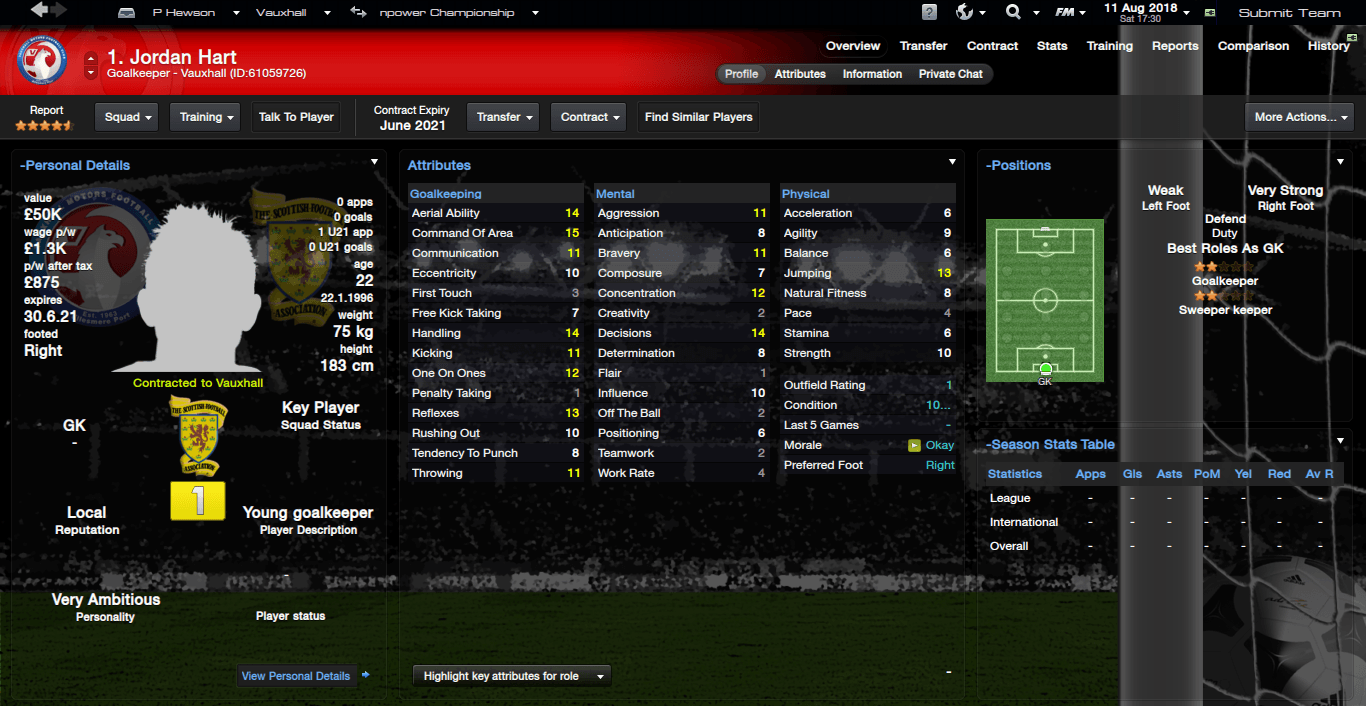 Julian Willis is a young English center back on loan from Middlesbrough for a second season. After an impressive first season, he will get the chance to play for us in a higher division. Hopefully he will play very well for us. 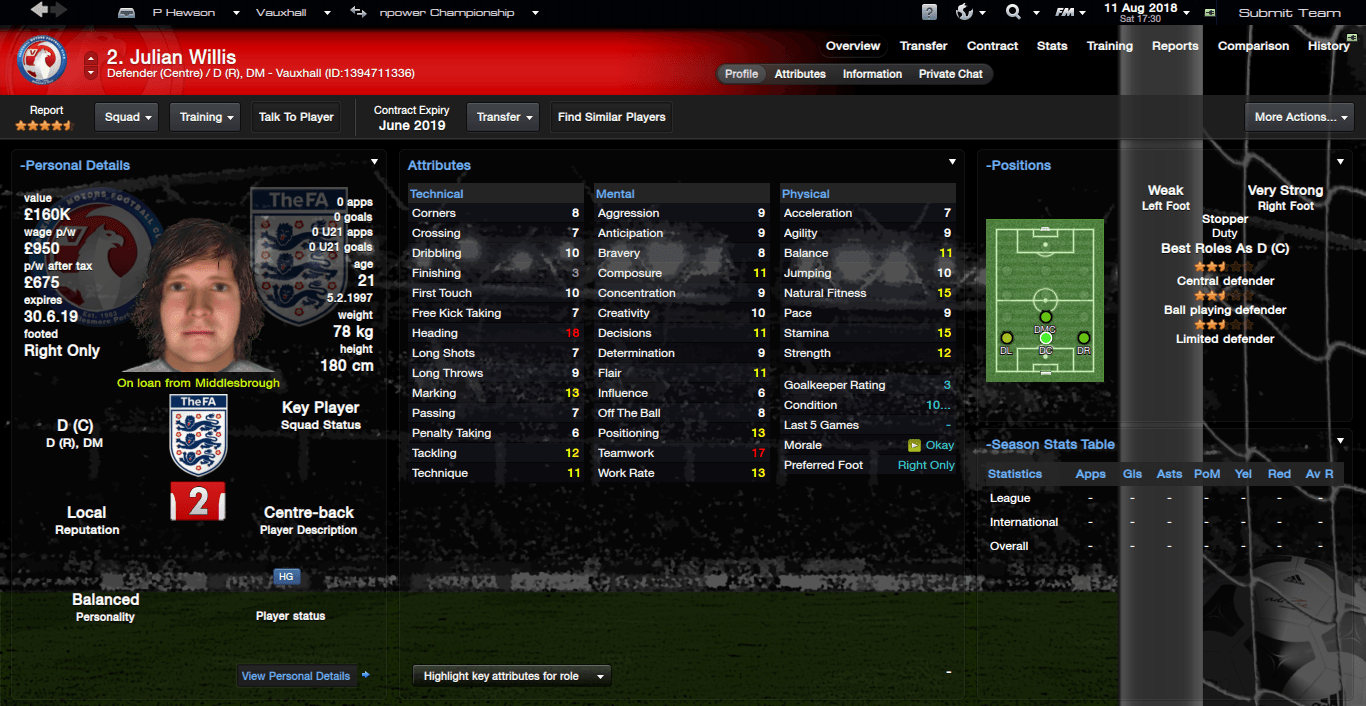 We kick off our season with a very tough home game against the favourites, Aston Villa. We then travel to League 2 side Lincoln in the Capital One Cup, before playing Huddersfield, Burnley and Charlton in the league. Hopefully we can pick up some results here and there.
Login to Quote

Justice
9 years
Thanks guys, I'm hoping to do well this year


Hey guys, I have a two-month update for you all. The reason is that I don't have enough time to do individual month updates so I will do updates for a couple of months at a time.

We struggled a lot in these fixtures, being overpowered in the majority of the games. I guess the Championship is a huge step up from League One. In 13 games, we won just twice, drew four times and lost the other seven. We have struggled to play our football and this has cost us. 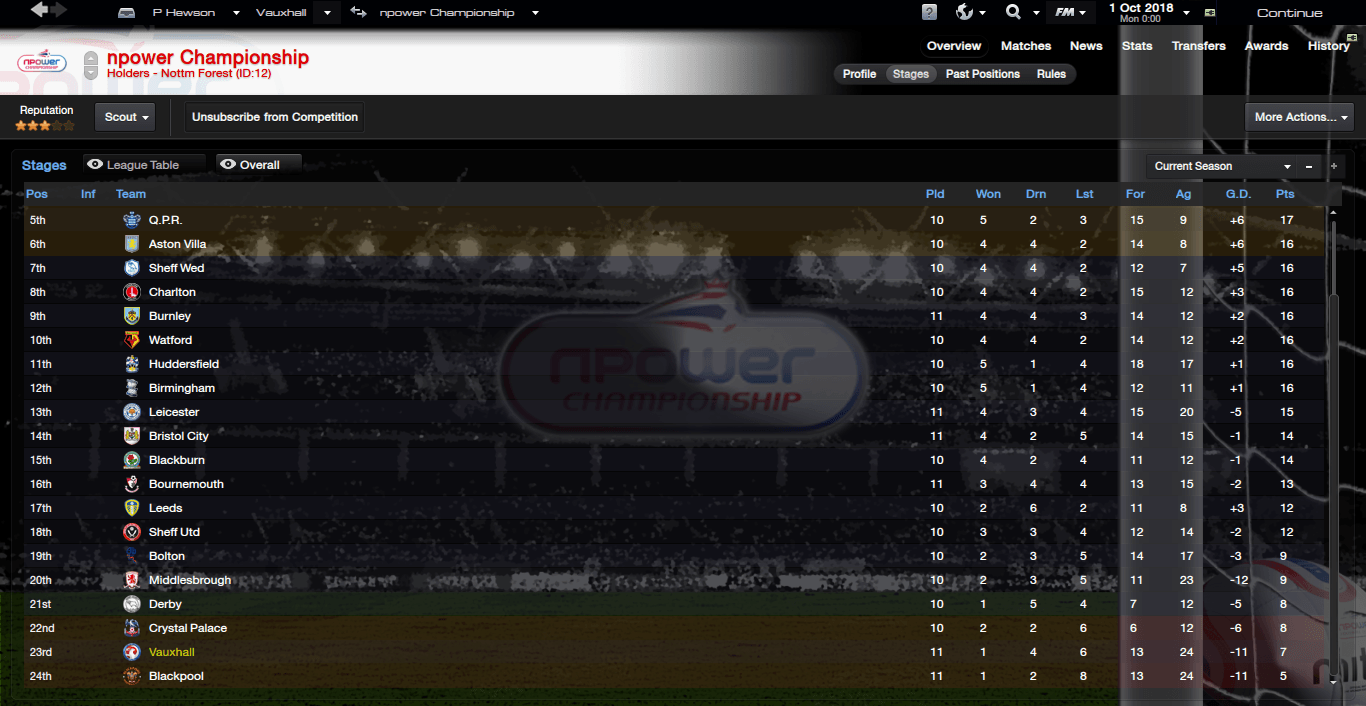 We are 23rd in the league after playing eleven games. We are just one point away from safety and that is what I aiming for this season. I am hoping that we can somehow climb out of danger by the end of season. I am confident that my players can step up to the task. 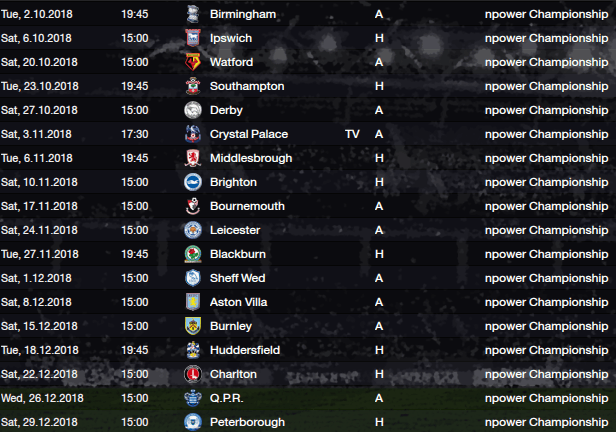 We have three busy months coming up, with eighteen games to play. I will update after I have played these games and hopefully I am in a much stronger position come the end of it.
Login to Quote

Neal
9 years
A bit of a torrid start, but your players are still getting used to the league. I'm sure you'll find a way to achieve safety