Can't believe you lost only 2-1 to United, and then 5-0 to Crystal Palace immediately in the next match! What happened there?

We got "SI"'d
Login to Quote

Thanks for fixing my post it means alot mate. Thank you.
1
Login to Quote

Thanks for fixing my post it means alot mate. Thank you.

Lynchy
8 years
Well done on getting promotion to the BPL! Good luck this season and I know you will stay up

Jozef
8 years
unlucky mate, How on earth did you lose 5-0 to Crystal Palace? I'm sure you'll turn things around.
1
Login to Quote

k1rups
8 years
My Palace boys look strong but a tough start to life in the BPL! I'm sure you can turn it around as you always manage

Justice
8 years
@3 comment placers, hopefully I can turn it around to survive in England's elite competition. I have faith in the players 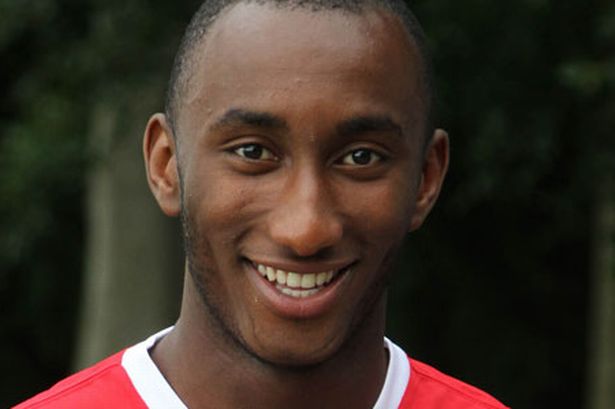 Obi Anoruo has made history by becoming the first ever player to score in each of the top six flights of English football. Having scored his first goal for Vauxhall in the Blue Square Bet North division all the way back in 2010 on a loan spell at the club, Obi Anoruo has gone on to score in the Blue Square Bet Premier, NPower League Two, NPower League One, NPower Championship and, since his goal against Norwich earlier this month, the Barclays Premier League.

An even more impressive fact is that he accomplished this feat with the one club, Vauxhall Motors. Ever since Paul Hewson's arrival as manager, Obi Anoruo has become a club hero, and a legend. Since scoring 27 league goals in his first season under Paul Hewson, he has gone on to score 127 league goals under the gaffer, a very proud achievement.

He may not be the last to achieve this accomplishment, but he will always be remembered as the first to achieve it. He is a true hero to any footballer around the world, proving that hard work and determination can get you very far. Obi Anoruo, a name for the record books!
Login to Quote

Stocke
8 years
Anoruo has scored 14 1/9 league goals for you per season,
Login to Quote


After a very tough month in September where we failed to pick up a single point in the league, Paul Hewson had a team meeting to raise morale to get the team playing good football again. Was he successful?

He was very successful. The month started off with a thrilling 4-4 draw at Anfield against Liverpool in what will go down as a Barclays Premier League classic. We did go 4-1 up, but a hat-trick from Wilfried Bony denied us all three points and some serious bragging rights. We then went away to Nottingham Forest, where we claimed our first league win of the season. We then claimed three home wins, and three clean sheets, against West Brom and Everton in the league, and Liverpool in the Capital One Cup. This was a fantastic month for us and we can be very proud of our performances. 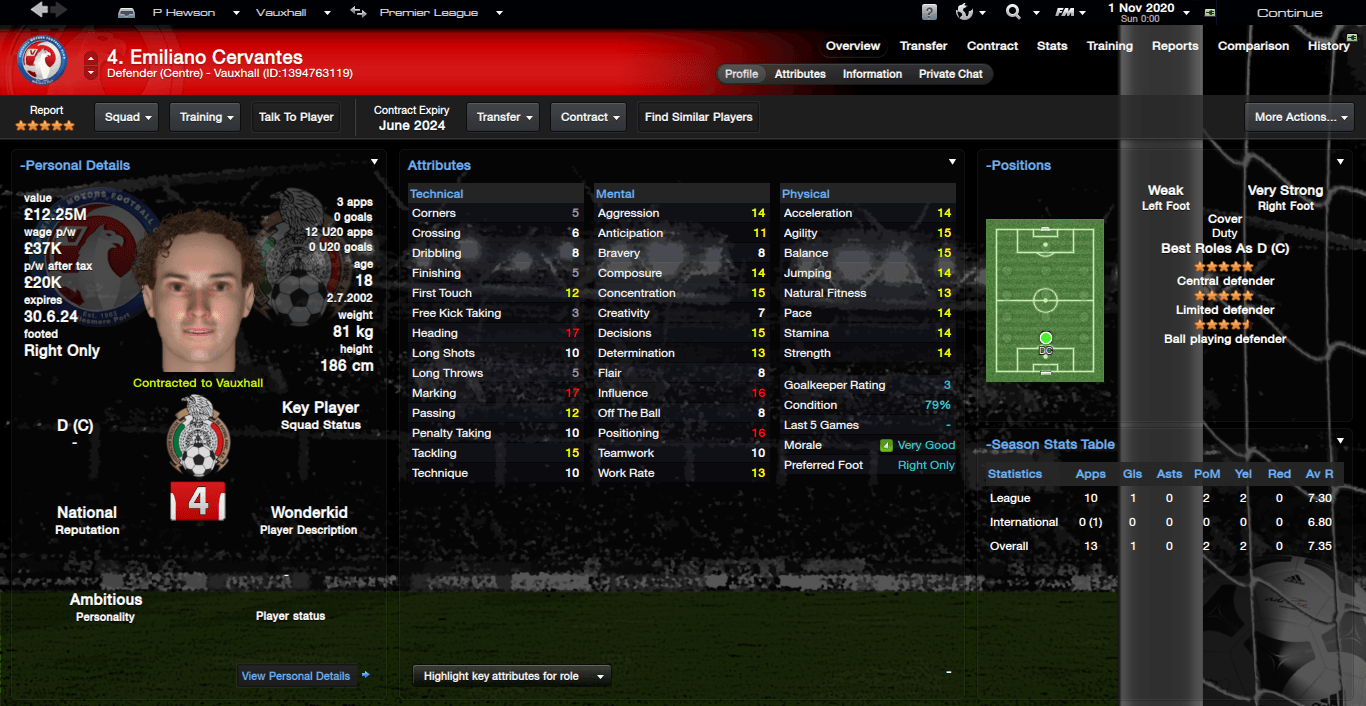 Emiliano Cervantes is my player of the month for October. In a month where our attack stole the headlines, Cervantes helped keep us solid in defence. This was most evident when we kept three consecutive clean sheets at the end of the month. The Mexican wonderkid, labelled to be the next Sami Hyypiä, has been in ecstatic form and he has left his admirers in awe. He deserved the Young Player of the Month award from the Barclays Premier League, and hopefully it will be the first award of many. 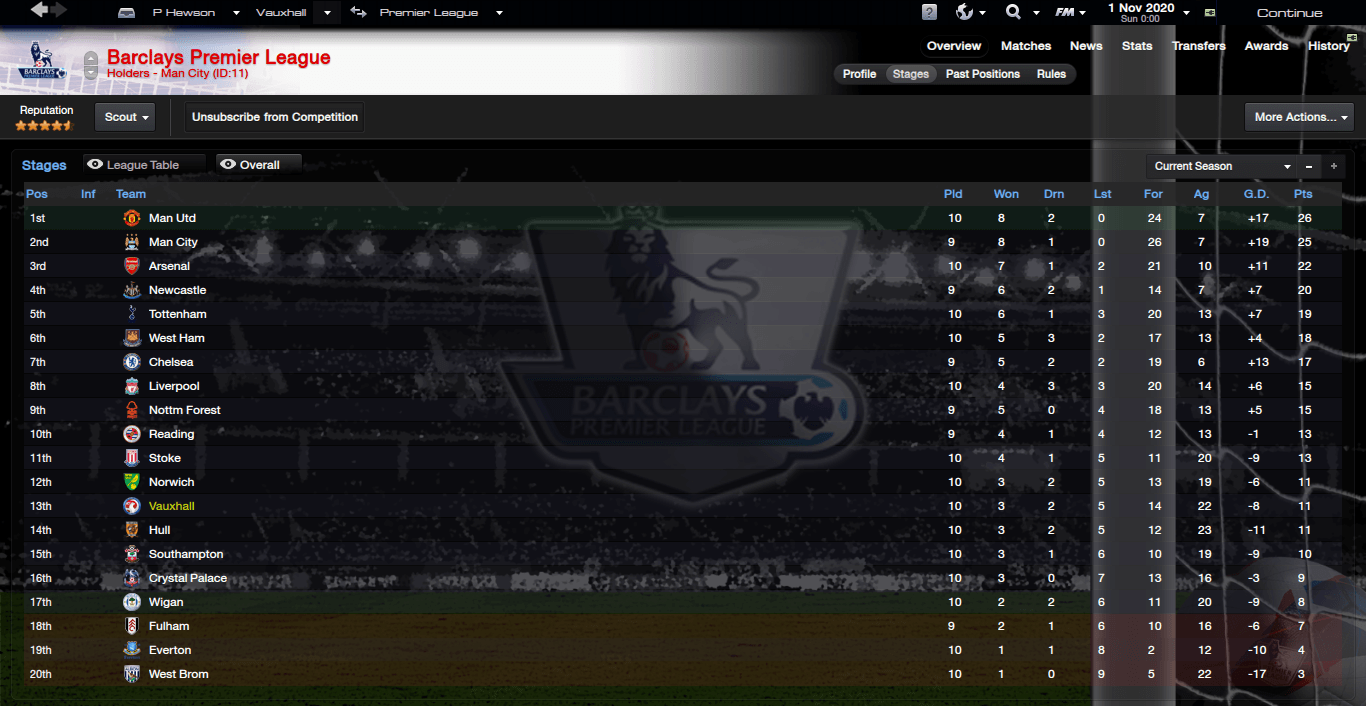 We have risen from 20th to 13th in the league after a wonderful month of football from us. We are now four points clear of 18th placed Fulham, who are just inside the relegation zone. Hopefully we can stay in this strong position and away from relegation this season, as it will be a huge achievement for us.

We have some mixed competition next month. Arsenal and Manchester City will be the two big challenges of the month, while the other three teams are there to hopefully be beaten. We will keep fighting on for every point and look to capitalise on our impressive recent form.
Login to Quote


Cheers mate, he really is a legend