k1rups
9 years
Tough run of games ahead of you but with the new tactic I'm sure you can pull it out the bag!
Login to Quote


Hopefully I can survive this tough season. Thanks for reading

Come on Vauxhall!
1
Login to Quote


After a very tough first half to the season, we went in to 2019 with a change in attitude and a new tactic to pave the way to safety. Could Vauxhall Motors escape relegation and keep progressing as a club?

We finally picked up some points! In the six league games we played, we won four, drew one and lost one. I wasn't surprised with our FA Cup defeat, as Forest are in the Premier League. We have shown great character to potentially turn around our season and put is outside of immediate danger.

Player of the Months 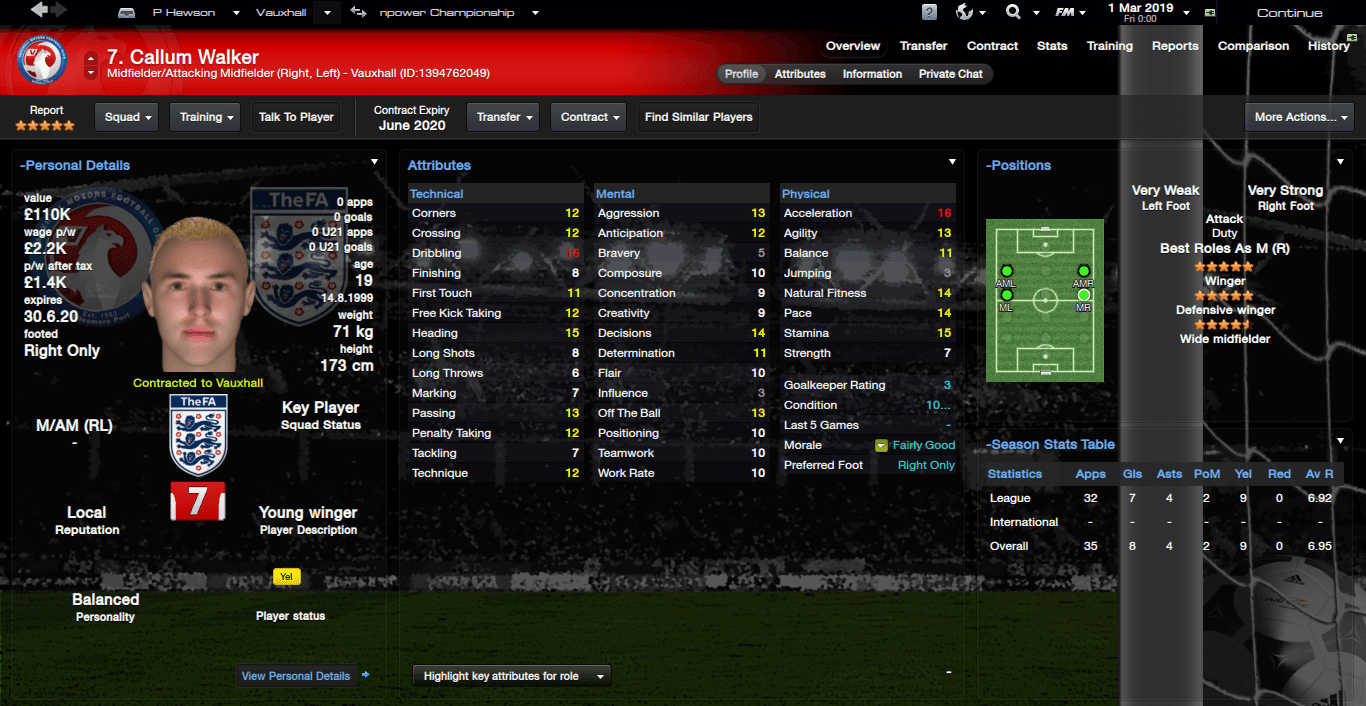 Callum Walker has been in exceptional form in the last few months, being a real creative drive for us. He has created many chances for us, and has scored 4 himself. Being only 19 yrs old, the future is bright for the young winger. 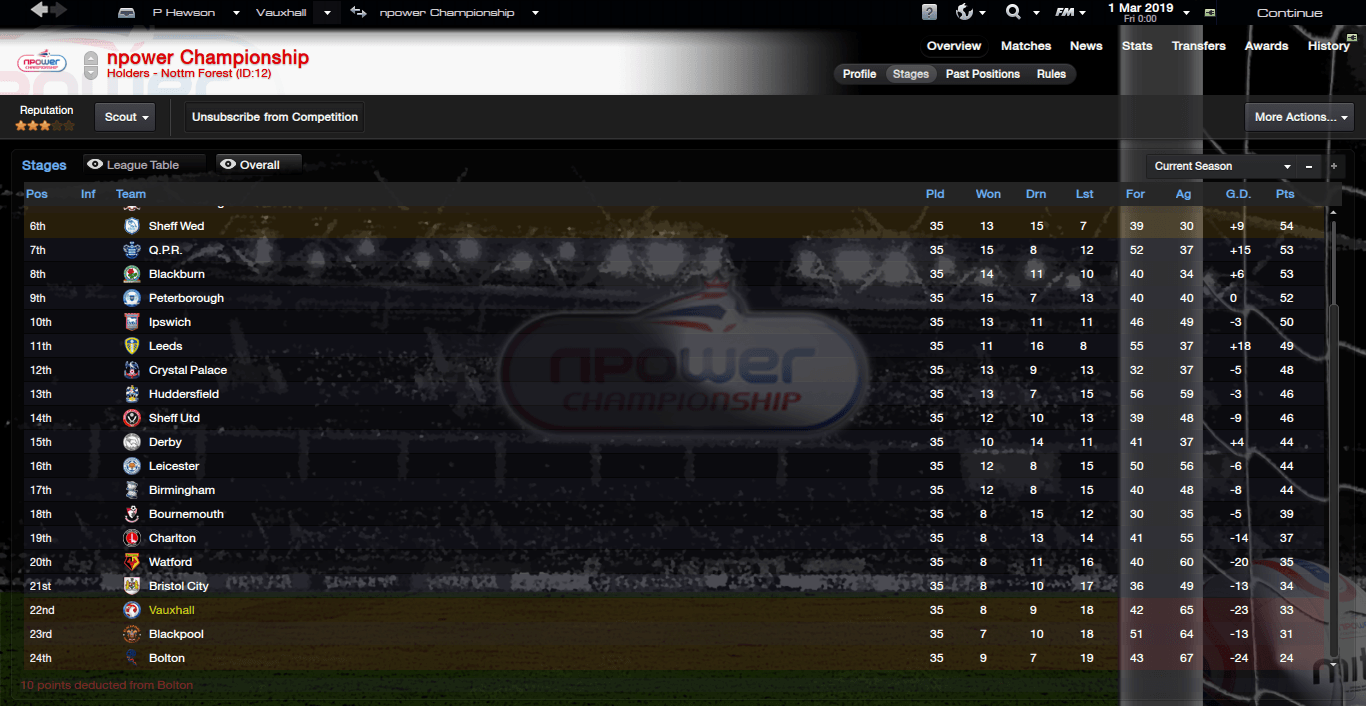 We have risen to 22nd in the league and are just one point away from safety. It is worth noting that Bolton had 10 points deducted from them but their loss is our gain. Bristol is the team one point above us, and I reckon we can over-take them soon, if we keep our form up. We are doing well and I know we have it in us to save ourselves. 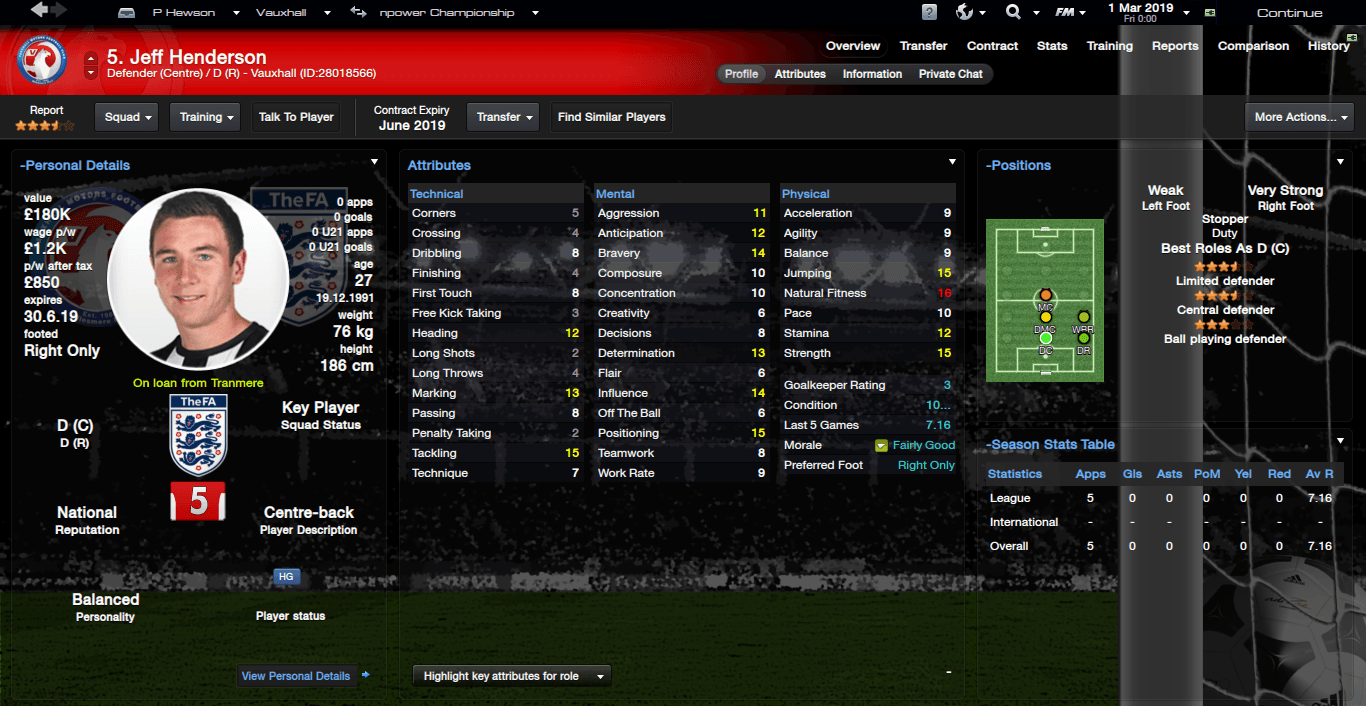 Jeff Henderson is a loanee from Tranmere Rovers. The center back/right back will play an important role in our survival battle as his tackling ability will be put to the test.
Fee: Loan 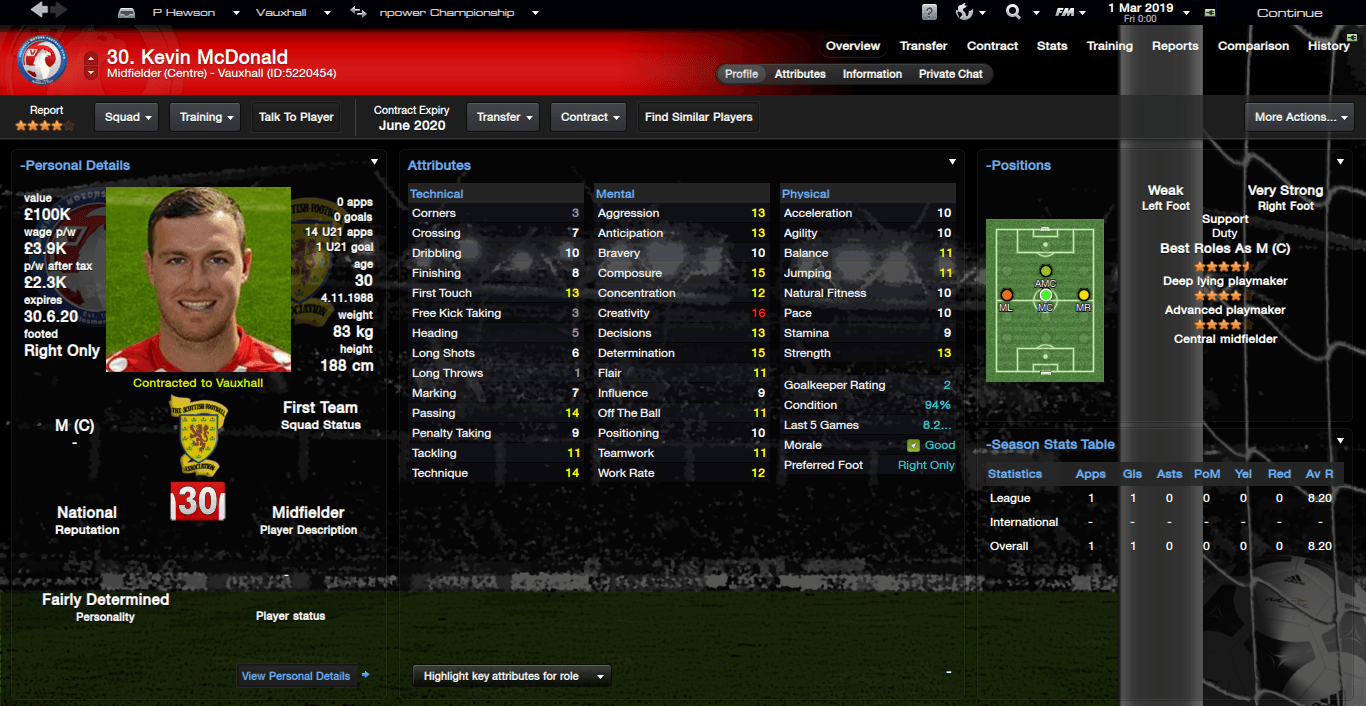 Kevin McDonald is an experiences Scottish central midfielder signed on a free transfer. He has played for clubs such as Burnley and Sheffield United in the past. He will be our new playmaker in midfield as we lacked that creativity that Kevin has.
Fee: Free Transfer

We have 11 games left to play in the final two months and a week. There are some tough fixtures there but I'm hoping that we can claim enough points to survive this season.
Login to Quote

Louis O.
9 years
Come on Justice, you can survive! Unlucky to draw a Premier League side in the cup though

Jozef
9 years
I'm sure you'll survive.If you play that like every month, you definitely will.
Login to Quote

Rablador
9 years
Plenty of home games is just what you need!

@The Special One, yeah hopefully we can do it

@Rablador, hopefully we can take advantage of them

Neal
9 years
The new tactic seems like it worked well! Keep it up mate, you're close to safety!

thanks neal, i know we can pull it off

k1rups
9 years
Great fight back by Bono and his lads! Excellent stuff and with 11 games to go I see you definitely safe. That will give you a great platform for next season
Login to Quote


Thanks krup, hopefull we can keep our form going

patrick1
9 years
You can do it Justice. I have absolute faith!!! You shall not be relegated

Thanks Patrick, it means a lot