Chris Kamara - Saviour of the Saints is what FMScout means to me. And after reaching 100 replies in my new Millwall story despite not even starting the season, I admit that I have never really cared about a story as much as I have for this one. And so I have decided that I will return to this one. Kammy is back!

My Millwall story will be put on hold. It may still be updated once in a whie, and I may return to it, but for now, this is it. 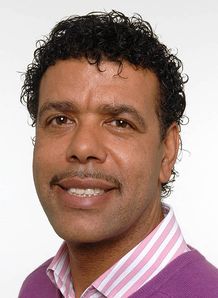 So, lets recap on what's happened so far. Kammy was unfortunately made redundant from Sky as the company shockingly went bankrupt. He found work with an old friend, Middlesbrough chairman Steve Gibson, who offered him the manager's job. After more than a decade away from the dugout, how would Kamara fare? Very well it turned out.

Kammy led Boro to a fantastic promotion, winning the Championship against all the odds, and after a solid start to the Premier League Season, Kamara got an offer, from Fulham F.C. The new manager had an instant impact on Fulham's fortunes, but after 2 poor months, Kamara was out, and Fulham were looking like relegation certanties.

He was only gone for 2 weeks. Southampton were next to give Kammy a contract, which he accepted. He was promised £40m to spend if the club won promotion, but it looked unlikely. The club was stuck in mid table having just sacked Tony Mowbray, and Kammy was the one to change it around. Leading the Saints to the playoffs, Kamara was a hero. And never more so after an emphatic aggregate win over Wolves and a 1-0 defeat of Tranmere Rovers in the playoffs. Saints were up.

They were more than up. They were FLYING! Kamara led them to the top of the table, and this is where we leave it for now.

And now, I have not.
Login to Quote

No1VillaFan
9 years
awesomeeeee i will follow ofcourse
Login to Quote

wellsy1498
9 years
Glad to see this back.
Login to Quote

Jack
9 years
*650th reply for the win
Login to Quote

WELCOME BACK! Great to see this back up
Login to Quote

The Scouse Assassin
9 years
@ Louis O.:
To be honest with you, I wanted Tranmere to get promoted instead of you (sorry!).
This is only because Tranmere ARE THE 2ND BEST TEAM IN DA WORLD!!!!!!!!!!!!!!!!
Login to Quote

Scouse Assasin: And who's the best team IN DA WORLD? SOUTHAMPTON?

Cheers to Nick for the great new banner he has made me! You can read his story here.
Login to Quote

Rablador
9 years
It's back! Woo! And like JL, I too will reply in song, and with a song by a man so loved on Soccer Saturday

The Scouse Assassin
9 years
@Louis O.: By the way, tell TSO that my Everton kits are better than his and that the new badge is truly terrible.
Login to Quote

Louis O.
9 years
Apologies for the lack of updates guys. I am chugging along rather slowly with my results update, and I haven't had access to the laptop for a while. I hope I'll have the update up by the end of the weekend, but I may not