The problem is that Andre Bikey, Andrew Shinnie, Pablo Sicilia, Emmanuel Ledesma and more are injured, and I have had to sell Nicky Bailey and George Friend. I got a good deal on both of those two, but I only get 30% transfer revenue so I couldn't afford to get a good replacement for them. I need to loan someone to replace Nicky Bailey because although I don't need a DMC I don't want to be playing Richard Smallwood as an MC because he is not that good.

Actually, now I have to play Smallwood DMC but only until Andre Bikey comes back from injury.
Login to Quote

Middlesbrough chairman Steve Gibson has landed the new Lotto Riches lottery for a windfall of £50m. He has announced that the money will go to his football club Middlesbrough as they look to gain promotion to the Premier League. Manager Chris Kamara has said how happy he was with the money. "Steve is dedicated to this club, he doesn't care about himself. He would happily live in the streets if it meant keeping Boro afloat." Boro fans are understanably delighted as their finances had not been looking good recently, but they should be safe now.
Login to Quote

BeanyUnited
9 years
Did the lotto thing happen in the game?? Never thought these things could happen

In any case nice one mate

Is it going to transfer kitty or securing finances?
Login to Quote

Louis O.
9 years • Edited
It's mainly to secure finances because we really don't have much money. It doesn't happen in game, but I am so frustrated that the board agree with everything I say but can't afford it, and I've just got editor for the first time so I decided to use it. * Begs for forgiveness*
Login to Quote

You just secured finances thats all

Im not sure how Blue will act though

Blue
9 years
Just caught up with this, great story LJO 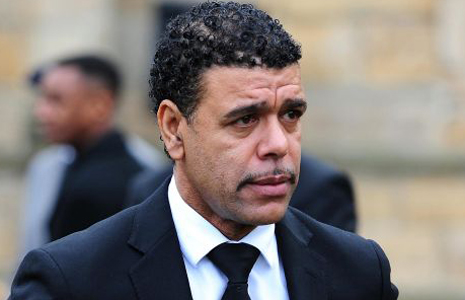 Middlesbrough manager Chris Kamara says that his team were lucky to draw against fellow promotion chasers Bristol City. Boro were at home but failed to start well as ex-captain Rhys Williams brought down Sam Baldock in the penalty area. Baldock fired the penalty over the bar but City continued to dominate until the second half, when Jari Litmanen had a penalty shoout turned down, and he was soon subbed for Marvin Emnes, but the Dutchman missed from 6 yards when the goal was gaping. Boro finally put away one of their chances when Faris Haroun volleyed a Carayol cross, but in added time Brendan Moloney equalised for Bristol City with a rebounded effort right at the death. Boro manager Chris Kamara was disappointed with the showing. "It was not a good game, but how many of our recent games have been? I am pleased with the result because I thought Bristol could edge it but the performance was poor, once again. We were very lucky to escape with a point." Boro are still top of the league, but Bolton are looking to catch them up and will do if results continue to be poor.
Login to Quote

Louis O.
9 years
Damn you! I was saving something special for the 100th post! Just kidding, I didn't even realise I was anywhere near. It is actually scary how bad my team can be sometimes 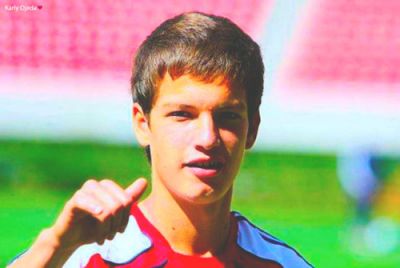 Middlesbrough have completed a deal to sign Mexican wonderkid Carlos Fierro. The deal will take place in the summer, by which time Middlesbrough hope to have been promoted to the top flight, will cost the club £3.5 million pounds. Fierro has been touted as a star of the future, and former Manchester United star David Beckham has spoken of how well he has been doing for him on popular game Football Manager. "Carlos has bags of ability, as many FM players will testify. I'm managing Aston Villa at the moment. We've recently won the Europa League, and I think the fans like me!" The Mexican is certainly a cult figure amongst fans of the game, but Chris Kamara insists that he can be a hit in real life too. " He is a wonderful player. You can see why he is rated so highly on Championship Manager or whatever it is called nowadays. He will be able to help us consolidate our Premier League place next year, and yes, we will be promoted". Kamara has big ambitions, but Fierro should be able to keep Boro in the top flight for as long as he stays.
Login to Quote

Louis O.
9 years
I know, I couldn't believe he agreed to sign! It would be especially weird if I don't get promoted and he is playing in the Championship next year, but I don't think that will happen.
Login to Quote