shylax
9 years
He's in his prime goalkeeping years and should be a very good fit for the Championship!
1
Login to Quote

Walter
9 years
ebEliminator Exactly my thought! 31-35 is the prime age for a goalkeeper so he has some years ahead of him!

AlexTHFC
9 years • Edited
If you want a better comment, you ungrateful sh*t, you go somewhere else, alright?

Several Clubs In It For Berra 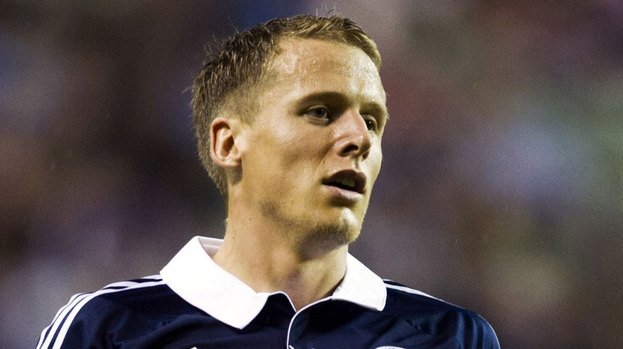 Several clubs have made approaches for Scottish centre back Christophe Berra according to sources. The free agent has reportedly seen offers come in from Stoke City, Millwall and Blackpool but has yet to make a decision on his future.

Berra, who played for Wolves and Hearts previously, is seen as an ideal choice for Millwall, who need to strengthen their defence, and the allure of first team football might just persuade him, but it will be tough, says manager Mike Phelan.

"Berra is in demand and as much as I want him, the Premier League will definitely be taken into consideration. But we have put an offer on the table and the terms have been agreed, so we hope it can go through," Phelan told The Sun.

Stoke City's offer of top flight football may just do the trick though, and Millwall are already considering options. After Ross Turnbull signed only a matter of days ago, Tottenham full-back Adam Smith rejected The Den for arch rivals Charlton Athletic at the Valley.

"It was bad to miss out on him, but we have others lined up," Phelan responded. "He looked a talent and hopefully we can get someone else in," he added.

In other Lions news, Millwall have offered trials to the end of pre-season for several youngsters including JJ Hooper, and are waiting on confirmation ahead of their first pre-season game at Valenciennes at The Den.
Login to Quote

Louis O.
9 years
Berra could be a good signing, and nice to see you're giving a few youngsters a chance

AlexTHFC
9 years
Berra could be a... decent signing for you, but you probably could do better

He has great stats and 20 Determination, find out if I get him

Alex. *Pulls out knife so you can just see it* Haha

His stats are fantastic, hopefully I can sign him.
Login to Quote

Akash
9 years
Adam Smith would've been a great signing, sad you missed out on him.

Walter
9 years
Akash. Yeah he looked great, just was scared of The Den and chose the other South London side
Login to Quote

Jozef
9 years
Berra is good? What? Also you signed Turnbull, not sure about this transfer business

. I'm sure you'll put them to good effect.
1
Login to Quote

Walter
9 years
Jozef: Remember, this is Millwall, I really have to rely on these guys

They are both very good for this level too

*Calls for friend, who appears out of the dark alley with a baseball bat*
Login to Quote

*Calls for friend, who appears out of the dark alley with a baseball bat*

You think he can kill me, I know karate. HIIIIYA!
Login to Quote