After Vauxhall Motor's very impressive recent form, Paul Hewson's team were in a great position to battle for the title. Could they continue their fine form?

We started the month with our first defeat in seventeen games. We did bounce back from this with three wins and a draw in the next four games, with Obi Anoruo running riot. He scored six times in those three games. Our confidence was sky-high as we headed in to the FA Cup 2nd Round match away to Crewe. We were over-confident and we paid the price; a 4-0 drubbing to knock us out of our final cup competition of the season. I was pleased with our results this month as we proved that we could bounce back from a defeat. Hopefully we can bounce back from our most recent defeat. 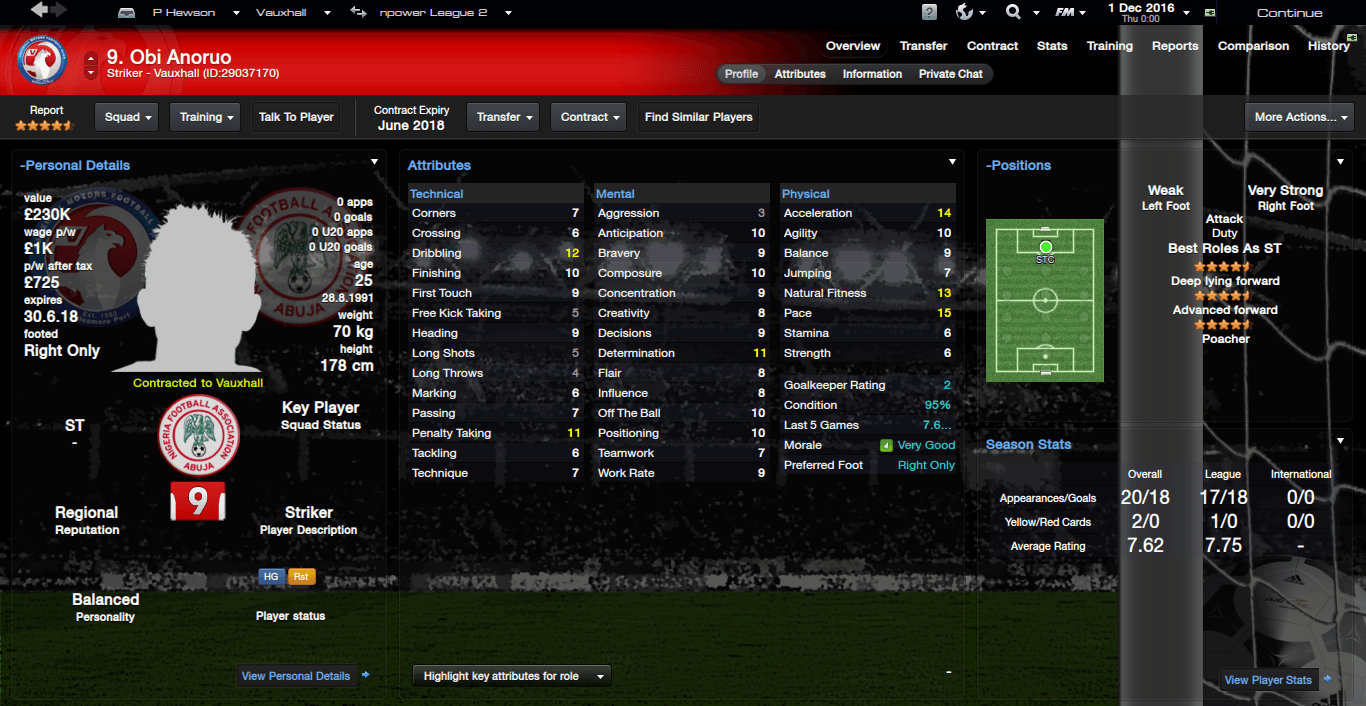 Obi Anoruo is my player of the month, for a second time this season. He was fantastic this month, scoring six goals to help us to some crucial wins. His blistering pace and his clinical eye for goal has helped him to be such a threat. He now has eighteen goals in seventeen league appearances, that is a tally to be very proud of! 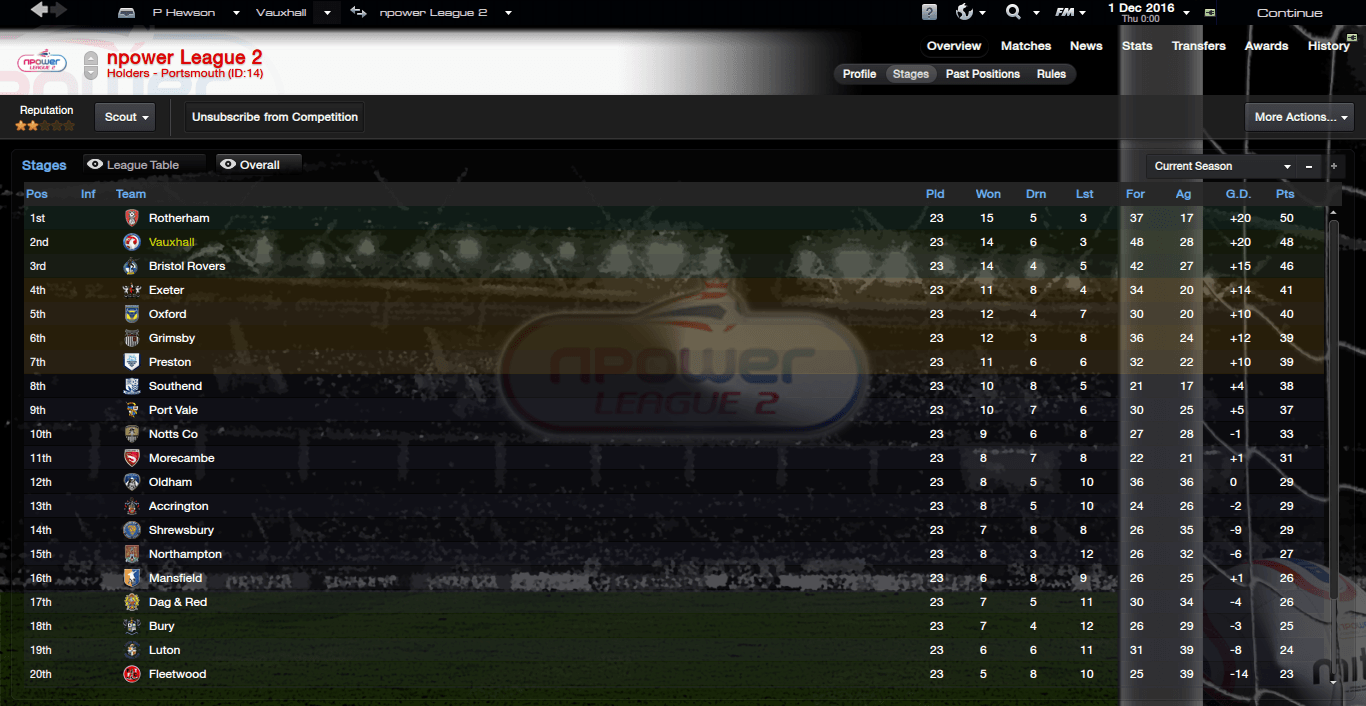 We remain in second place, just two points behind Rotherham. We have the exact same goal difference as them, which is very encouraging. We now have a seven point cushion between us and the places outside of the automatic promotion zone. Hopefully we can stay as high as we are for the second half of the season, as this would be an amazing accomplishment for us.

Yes, you read it right, we got a take-over! I was a little worried at the start but I had nothing to worry about as he told me that my job is safe. He then invested over £750,000 in to the club to secure our finances. We also agreed to improve our training facilities at the end of the season, which is a big plus. Hopefully he will give me some transfer kitty for January.

We have six very tough games next month, including two games in the two days after Christmas! I am hoping to get enough points to stay safe at the top and to keep our promotion dreams alive.
Login to Quote

Blue
8 years
Apart from that Crewe defeat, a good month


Thanks guys, I'm really looking forward to the prospect of promotion 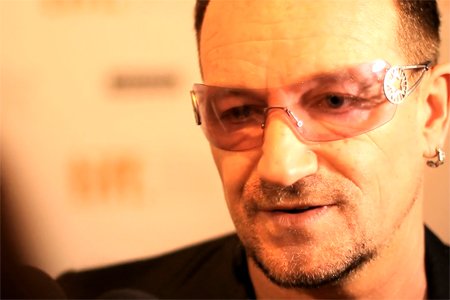 "Looking back at our form, we have been sensational. The progress made this season has been incredible. We have shown our class this season and it has been a season to remember so far. Yes, we have had our individual stars, but the whole team has shown incredible attitude in training and great commitment in matches to push themselves that extra ten percent. We have the confidence and the ability to gain promotion, it is up to us to make this happen.

The new owner, James Talbut, has been a very admirable person so far. He has shown that he has a great love for the beautiful game by attending many training sessions and we have spoken at full length regarding the future of the football club. He has some amazing ideas and I am proud to announce that our training facilities will be seeing an upgrade during the summer. This is something which will help the club's progress and it proves that we are always looking forward.

This is a very good time for the club, and we will want to continue the good times. We are confident, we have the ability, and we now have the financial backing to become a top club. One day, Vauxhall Motors will be at the pinnacle of world football, and that will be a very proud moment for the football club. This is our dream, and we will make it happen!"
Login to Quote

Jer
8 years
It will be interesting to see how much is the new owner is willing to spend. Hoping you to be happy with him!
1
Login to Quote


I'm hoping for a very good budget to sign players for next season.

That's the plan for the future, hopefully I can do it


We were still flying high coming in to this month. With a new owner and a lot of confidence, this month looked very promising for us.

We were originally scheduled to have six games but the final four were all cancelled due to waterlogged pitches. The weather hasn't been pleasant in England this year, it seems! We played third placed Bristol Rovers away and they proved to be the much stronger team, winning by two goals. We then bounced back with a very narrow win against Preston at home, with Craig Mahon popping up with a brace to help us on our way. 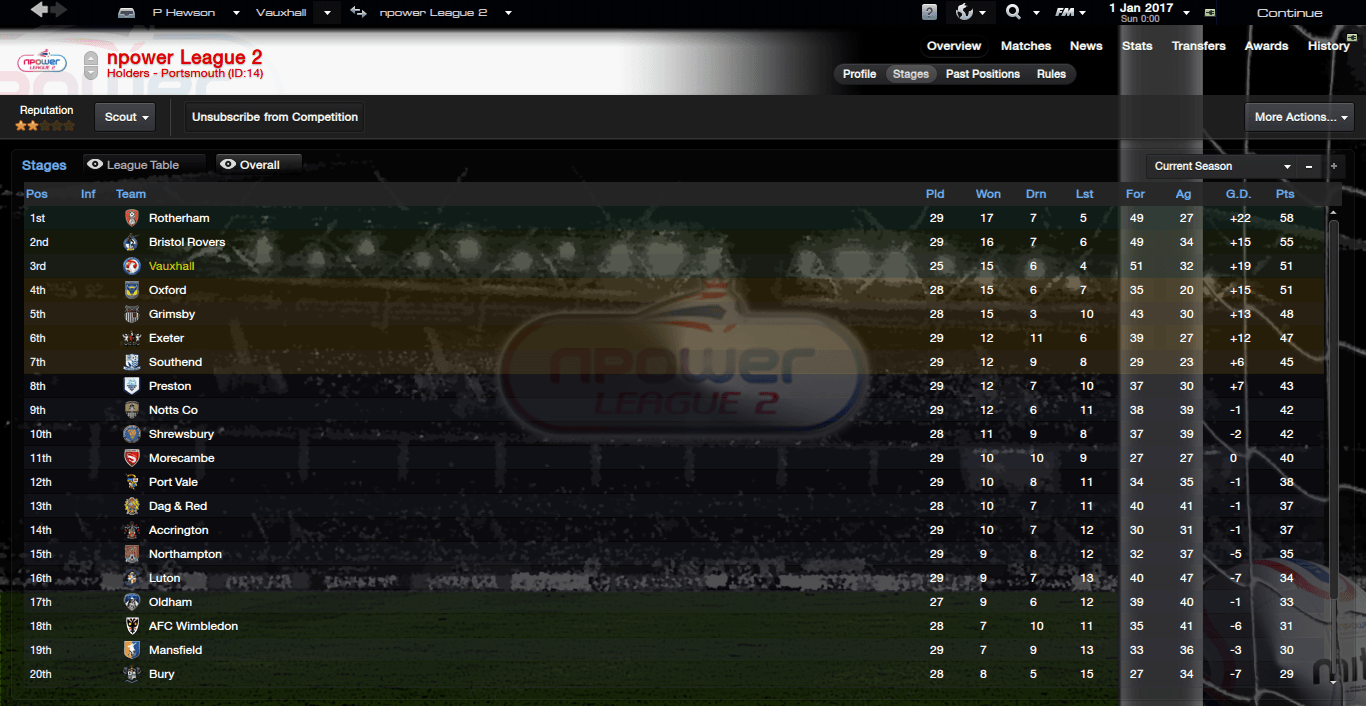 Due to a lack of games, we have dropped down to third in the league. We have four games in hand over first and second, however, and we can overtake them both if we take maximum points from our games-in-hand.

We have eight games scheduled for next month. If we can claim maximum points from our first four, I can see us challenge for the titles. The last four will be very tough games for us. Hopefully we can pull through the month and remain in a strong position in the league.
Login to Quote

Lynchy
8 years
Good luck 8 games in a month :o I know Vauxhall can do it!


Thanks guys, I'm hoping for our form to continue