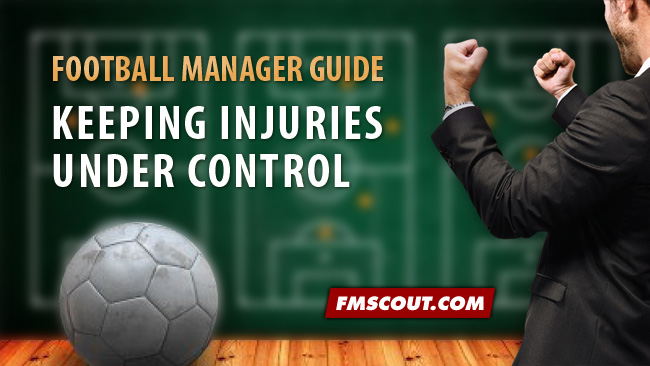 Resting players is very important part of the pre-match build up, as this allows your players to get a few more days of rest before games, aiding in making them fitter and better prepared for their next game. Usually players who are in need of a rest, are the ones having a rest box on player profile. This is a clear indication for you that this player should be rested for the next game and failure to do so may result in an injury.

The best way to rest players is after matches and heavy training, as after these two events your players will be physically shattered, making rest days the most effective option. Older players should, usually, be granted more rest than younger ones, as their fitness levels are lower and fatigue quicker. If a player has suffered from an injury but his condition is nearly at 100 percent, his match fitness may still be quite low and therefore should be allowed rest days. Failing to do this may result in him picking up another injury, which will not do the player any good after recently leaving the treatment room.

Before some important and very physical matches, the whole team could use rest periods to get ready for a high tempo game -as they are more likely to be working harder in these matches- allowing them to rest will give them more time to prepare for the game. Players who are more injury prone should be resting more than others, as it takes them longer to get fully fit and without enough rest it can aggravate an injury due to their proneness. For example, think of Radamel Falcao who plays for Manchester United; he is playing only 20-30 minutes per match because he is injury prone.

At the end of a long match in extra time the whole team could use rest of around two (2) days to get well prepared for the next match, as they have put in an extra shift making them more tired as they have been playing longer. This should help you handle your rest days effectively.