MVB
7 years
Just when I thought your graphics couldn't get any better, that Europa League graphic is cracking.

Truly "like a Boas" (Wonderful title too!!)
Login to Quote

Nick
7 years
@Kazza Thank you :). Stole it from when Spurs played Chelsea a few weeks ago!!

@Alex Thank you! I was really surprised because they've been top of the league for the majority. When they scored I was thinking to myself "Here we go, the flood gates will open." Next thing I know Danny Rose has skinned past 3 United players and found himself in the box. Bought Townsend on for a sub too due to his impressive performance in his last match and then he went and bagged the winner!!

@MVB Thank you, the graphics took quite a while to do, so I appreciate the compliments

Lucas
7 years
Lovely use of graphics as usual

I don't like Sandro, so you can gladly sell him xD
Login to Quote

Jozef
7 years
I've never rated Sandro but the scouts working for SI seem to love him.
Login to Quote

@Jozef By far one of the best defensive midfielders in the league (and i'm not being bias!) When he went and injured himself in January we weren't the same without him.
Login to Quote 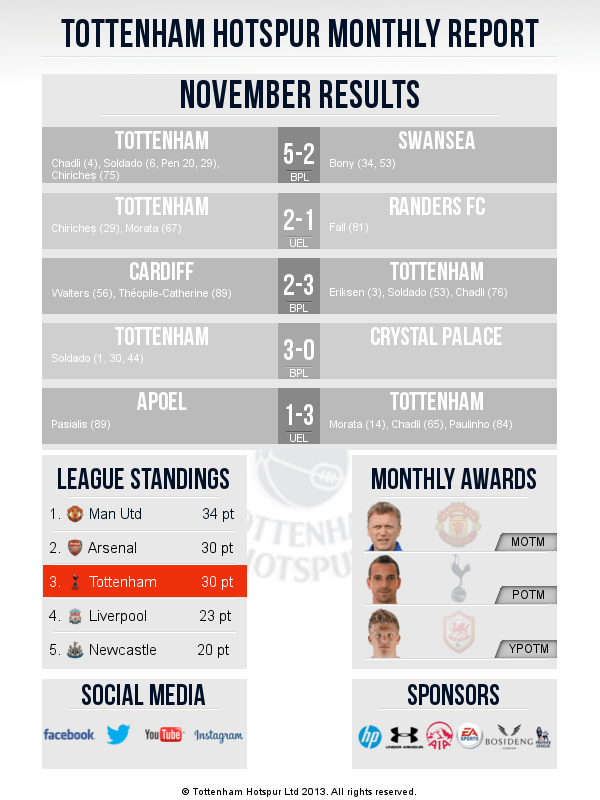 pompeyblue
7 years
Great update as usual Nick and a great month winning all your games!
Login to Quote

Nick
7 years
@TK Yeah, Moyes' told me he wanted the league to be a lot more tighter than it was

@Pompey Cheers! Was really impressed with Soldado this month, managing to get 7 goals in in 3 games in the PL. At the time his goal tally was 12 goals in 12 games!!

Jermain Defoe: I want to leave! 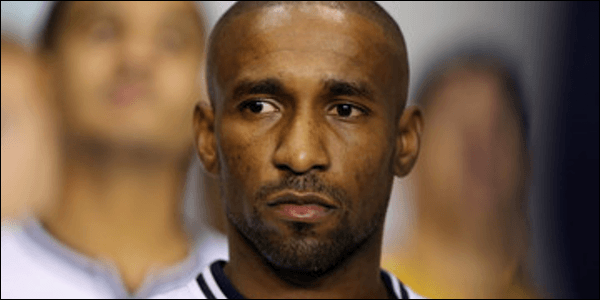 Jermain Defoe is ready to force a move to secure silverware

Tottenham striker, Jermain Defoe has dropped a bomb shell that is sure to send shock-waves through the club.

The England international has spoken to the Daily Star about his frustration at Spurs, and realises that he must move if he wants to win trophies.

“I want to be successful, I want to be able to look back on my days as a footballer and see how successful I was. I want to have medals – it’s really frustrating.”

“I told him [André] that I am not happy, but he seems to think that he can just ignore me. I’ve only played a couple of games. I’ve been overlooked for Roberto [Soldado]. I thought I would certainly be ahead of Álvaro [Morata] but that doesn’t seem to be the case.”

The news is surely going to give André an even bigger headache - just last week reports coming from Spain claimed that vice-captain, Sandro, could make a shock move to Spain.
Login to Quote

Walter
7 years
Mmm, what to do Nick?! Great update as always, even if it was just simple

k1rups
7 years
What a great story so far. I started reading in the hope the graphics and story wouldn't let me down and bloody hell I was surprised as to the great quality. Keep up the good work with Spurs and the league is in your sights
Login to Quote 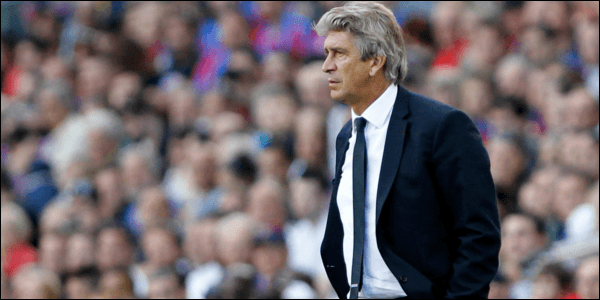 Manuel Pellegrini has been sacked after just 5 months.

Manchester City have confirmed the sacking of Manuel Pellegrini.

Despite only being employed just 5 months ago, Manchester City chairman, Khaldoon Al Mubarak confirmed that they board felt that they had no other choice but to depart with the Chilean

The following statement has been released by Manchester City:

“It is with regret that we can announce the immediate departure of Head Coach Manuel Pellegrini.”

“Over the past few months, the board have become deeply concerned and dissatisfied with form of the Club, and as a result, the position at which the club currently stands. We would like to wish Manuel every success for the future and thank him for his time here.”

Manchester City will now be looking for a new manager with Jügen Klopp, who is currently without a club, favourite to take the job.

The news will hopefully come as a relief to Tottenham boss André-Villas Boas, who plays the side at White Hart Lane in just 4 days time.
Login to Quote