Verdinho
8 years
If Carlsberg did FM stories...
Login to Quote

Michael Dawson: We can win the title! 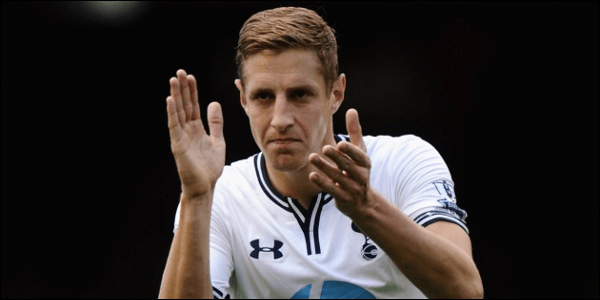 Tottenham captain, Michael Dawson (above) in action for Spurs

Tottenham defender, Michael Dawson has heaped praise on Tottenham’s season so far, and has even claimed that the team has what it takes to lift the title come the end of the season.

Dawson, who joined Tottenham in 2005 from Nottingham Forest, has had a rollercoaster ride since joining the North London outfit.

He made his debut on April 15th 2005 in a 2-2 draw with Liverpool, and has since gone on to make a total of 231 Premier League appearances.

He has seen himself partner one of England’s most consistent defenders in Ledley King, and also gaining the Captains armband in 2012. He has fought his way back into the team, showing great desire and determination and it is clear to see his love for Spurs. 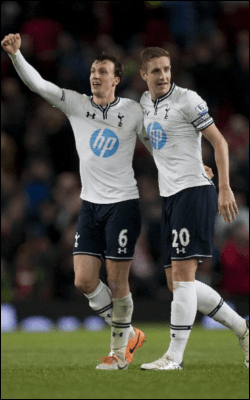 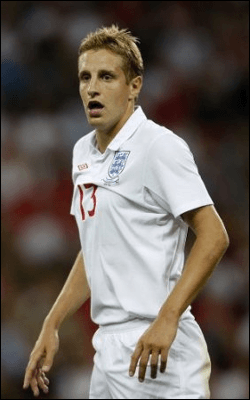 The new season has seen him solidify a blossoming partnership with fellow center back, Vlad Chiricheș and Dawson believes that it’s all down to head coach, André Villas-Boas.

“The gaffer (sic) is a great coach, he’s really determined and you can see he really wants us all to do well.” Dawson said

“I think most thought it would be difficult for him here [at Tottenham] because of what happened with his time at Chelsea, but he has shown what a great coach he is.”

“Our aim this year is top four, but I think most of the lads believe we have the quality to win the title. We've got a great bunch of players and we've shown on the pitch that we can dig deep and win when needed and it’s that desire and determination you need to win the league.”

“We’re taking each game as they come. We’re trying not to get distracted with where we are, but there is a belief among the squad that we do have a shot at that title.”

Tottenham currently sit top of the table heading into the New Year, with Chelsea sat 3 points behind with 2 games in hand.
Login to Quote

ltotheewis
8 years
Love this story! One of my faves atm! Mine has nothing on this!
Login to Quote

Nick
8 years
Josh: Cheers. Honestly no idea how I beat City by such a big score!

Bayern: Thank you! Hopefully I'll be able to steal all the good youth players

Lucas: I hope not!

FMLD Dawson is always determined ;). Thank you!!
Login to Quote 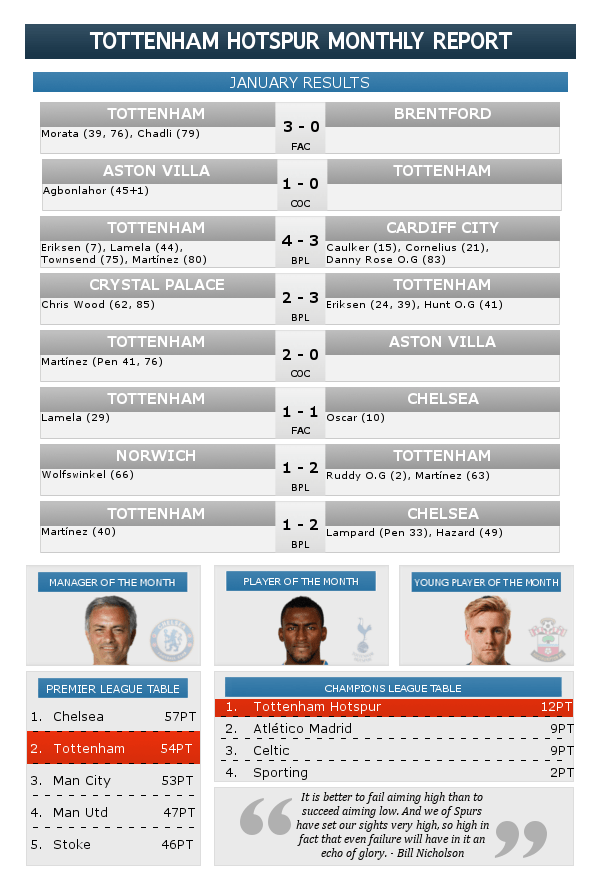 Jer
8 years
Y U LOSE AGAINST VILLA MATE? Is that Schurrle in Soton? Anyways keep the wins coming!
YNWA!
Login to Quote


I think it's Luke Shaw at Southampton
Login to Quote

kubik
8 years
You're doing great in UCL and Premier League, but lost against Chelsea really hurts ;/ Your story is one of my favourite! Keep it up

Walsall_Craig
8 years
Fantastic story so far mate, this is one of my favourite stories ive read since being on this site, keep up the work mate and hopefully win the title this year after missing out by ONE point last season, im sure there is a young striker for River Plate, supposed to be a strong striker.
Login to Quote

Nick
8 years
Pauker It's Luke shaw ya dingus. & IK, was all over em too. I managed a win in the home leg, though!!

Kubik Yeah, I never seem to do well against Mourinho

Jozef Thank you, and yeah, hopefully

Craig Thank you very much! It was frustrating losing by a single point. but hopefully this will be our year (get me, I sound like Gerrard)