Rochdale manager Justin Credible has ended numerous days of stupidity and foolishness controversy by laughing off the rumours that he will leave.

"Rochdale is my home... I would never leave this club even for a bigger club, I love it here. As for the contract rumours, the contract was tied up weeks ago. The reason why my wage is lower than my current contract is because I'm a single man, I've got everything I could possibly need right now -- a house, a car, everything essential -- and the club is in a slight financial problem at the moment so I thought it'd be best if I reduced my own wages.. or as they say, 'charity begins at home'. When I first heard the rumours that I might be leaving, I wasn't too fussed about it because you always encounter rumours in your footballing career, no doubt about that. But when I heard that bets were being placed on me leaving, doubled up with the fact that the odds of me leaving were higher than for me staying... it actually made me laugh. It made everyone at this club laugh because of the stupidity people express as it serves them right, they've wasted their own time making stuff up. "

Well that just sums up the past few hectic days in League 2, looks like there was no problem regarding Credible's contract and he is staying for another year.

Radders2109
6 years
Very good last update:) Enjoying this story so far,keep up the good work. I will be following
Login to Quote

Haha tell me about it


This is what every manager dreams of. He dreams of keeping the top spot for his own and also dominating the league: 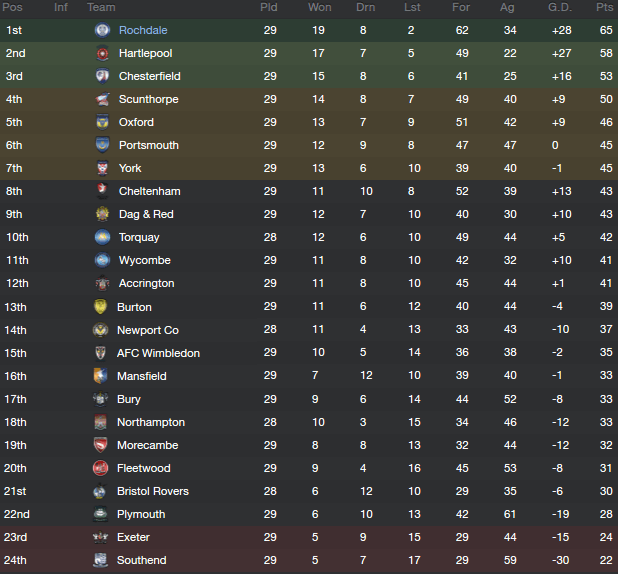 We haven't lost a league game since the last update and we've increased the four-point lead to a 7-point one.

I made a couple more signings before the transfer-window ended (most notably turning the loan contract of Chris Beardsley into a permanent one): 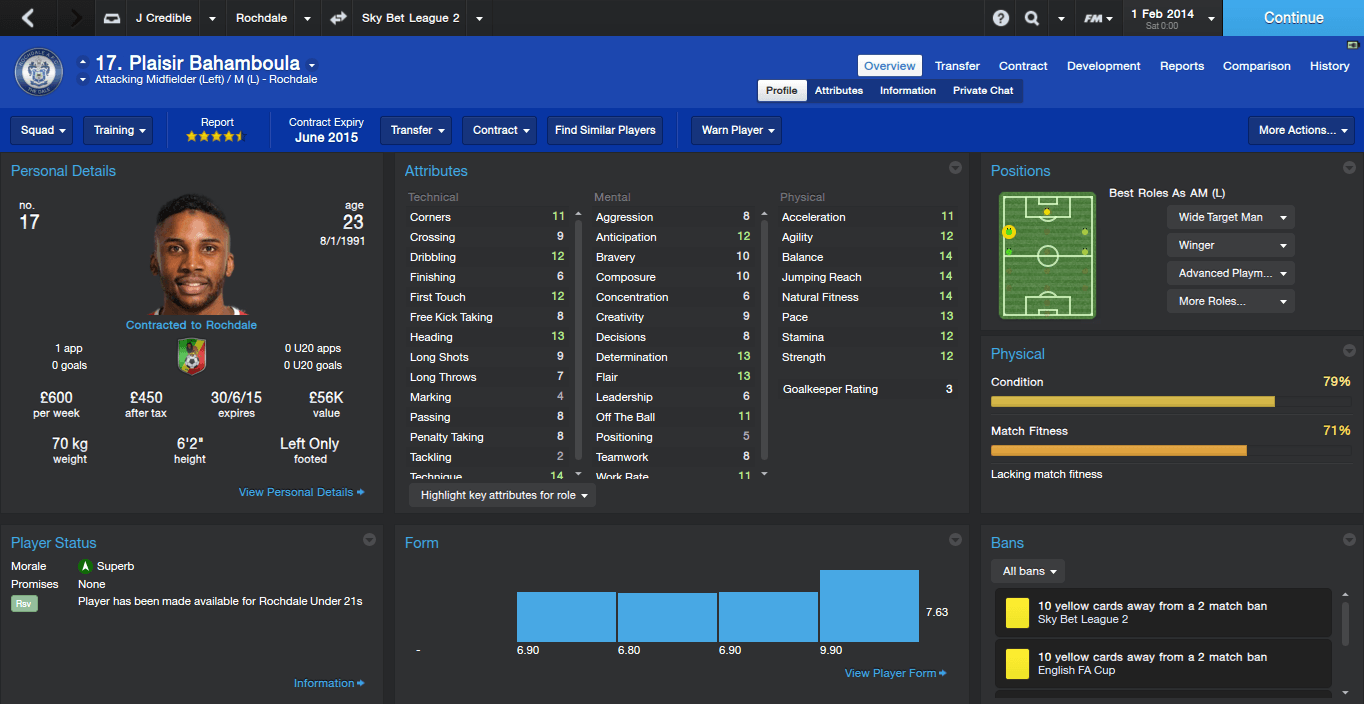 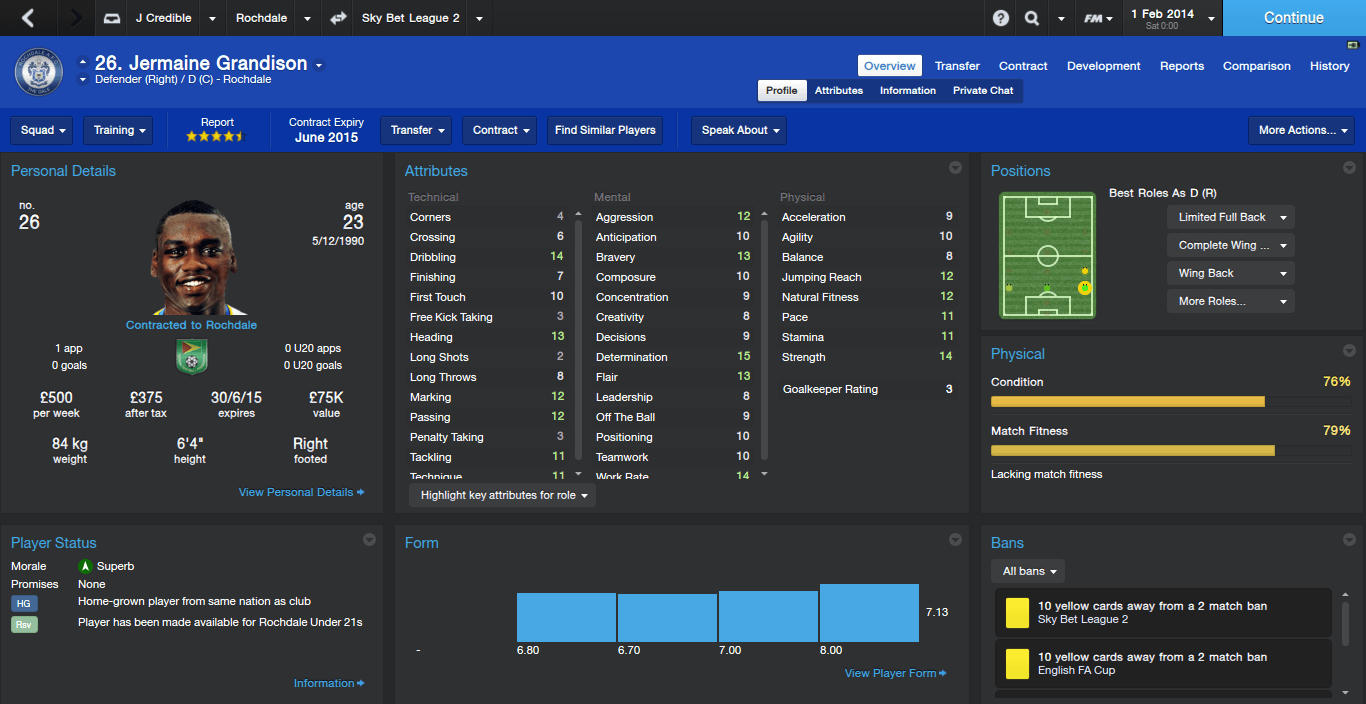 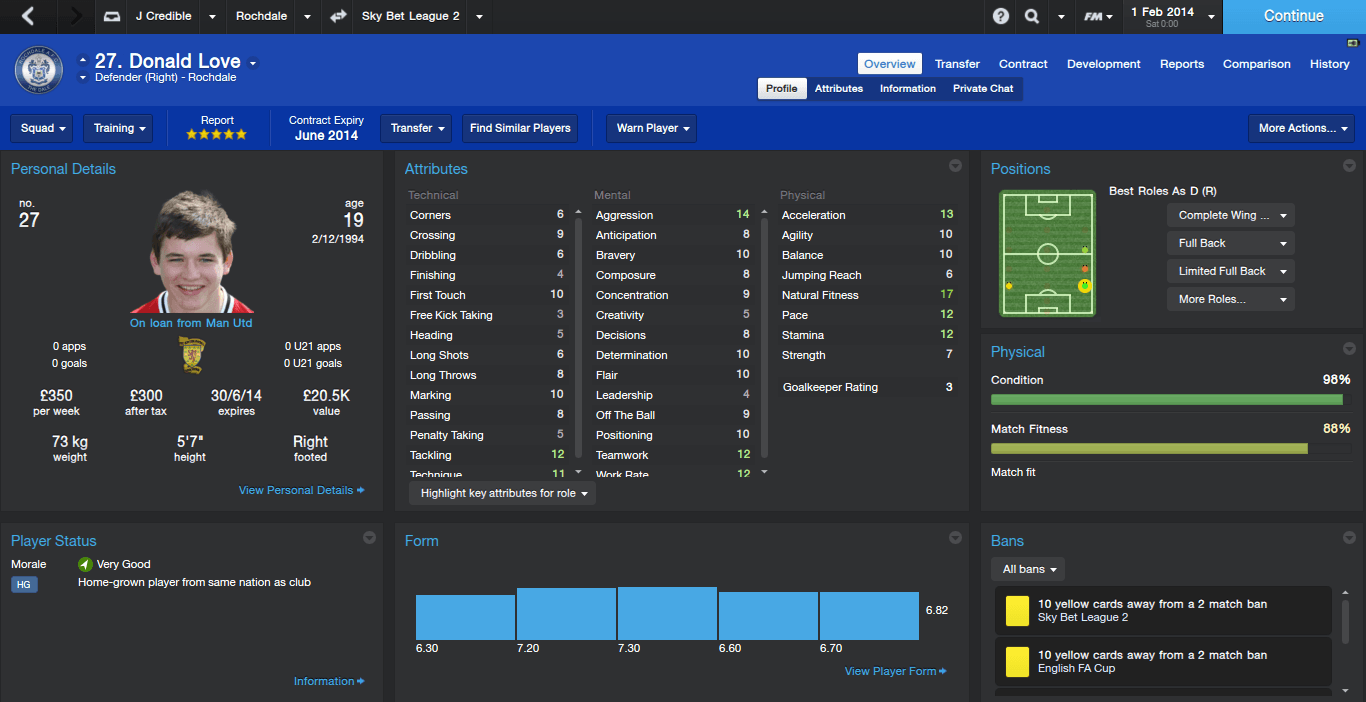 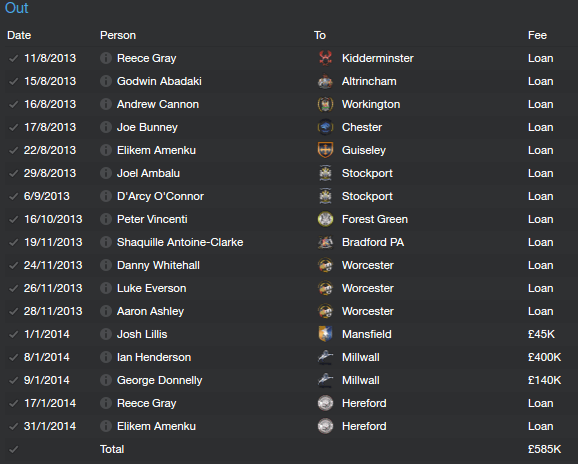 I sent a lot of people out on loan over the past few months, mainly to reduce the wage budget and I also let three players sign for other teams. Josh Lillis struggled to find game time at Rochdale AFC as I preferred Santangelo and Thomson over him, so he had to leave for £45k and George Donnelly went for £140k which was considered as a massive coup for Rochdale. Millwall were the club that signed both George Donnelly and Ian Henderson. I did not want to sell Henderson for less than £500k but I really needed the money from this transfer, in fact I didn't want to sell Henderson at all because of his blistering form for my club but he wanted to move onto a bigger club so both sides won in this case.

I also managed to secure Chris Beardsley onto a permanent transfer and since then his form's improved... I only had to pay £100 for Preston to let him go. I brought in Donald Love from Manchester United to act as backup to Jermaine Grandison (both right-backs).

As you can see, we're doing brilliantly in League 2 and promotion (possibly even a title victory) isn't too far away and I have to make sure we don't get complacent. Our FA Cup run wasn't too bad, we managed to get to the Third Round where we lost to Huddersfield.

Craig Cummins scored a hattrick in a comeback win over Fleetwood, and Esteban Lopez scored a brace to overcome the 1-0 deficit we had versus Scunthorpe. The best match as of yet for me was the win over Chesterfield, who in the last three meetings had drew with us in the league and booted us out of the Paint Trophy... we beat them 1-0 this time!

We've got pretty decent fixtures coming up next but like always I'm going to try and sweep all of them and get the most points that I can: 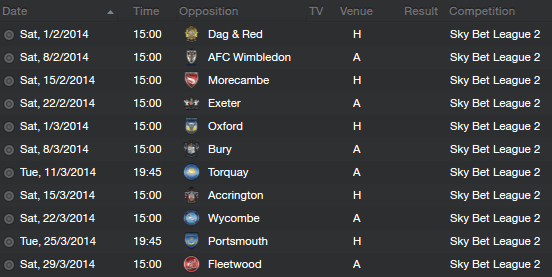 The final thing for this update...

It has been a long time coming, but I've finally done it!

Jer
6 years
y u keep linking dis on GC? Being a manager, I dream of winning the CL and World Cup, cba about the league.

Walter
6 years
Nice layout to your story and you are doing well in the league. Keep it up.
Login to Quote

Of course, the leagues are nothing compared to the WC and the CL... but then again you have to care about the top leagues to get into the CL ... #ROASTED

Thanks Walter!
Login to Quote


"Then the time come for you to be your own man and take on the world, and you did. But somewhere along the line, you changed. You stopped being you. You let people stick a finger in your face and tell you you’re no good. And when things got hard, you started looking for something to blame, like a big shadow. Let me tell you something you already know. The world ain’t all sunshine and rainbows. It’s a very mean and nasty place and I don’t care how tough you are it will beat you to your knees and keep you there permanently if you let it. You, me, or nobody is gonna hit as hard as life. But it ain’t about how hard ya hit. It’s about how hard you can get it and keep moving forward. How much you can take and keep moving forward. That’s how winning is done! Now if you know what you’re worth then go out and get what you’re worth. But ya gotta be willing to take the hits, and not pointing fingers saying you ain’t where you wanna be because of him, or her, or anybody! Cowards do that and that ain’t you! You’re better than that!"
- Sylvester Stallone 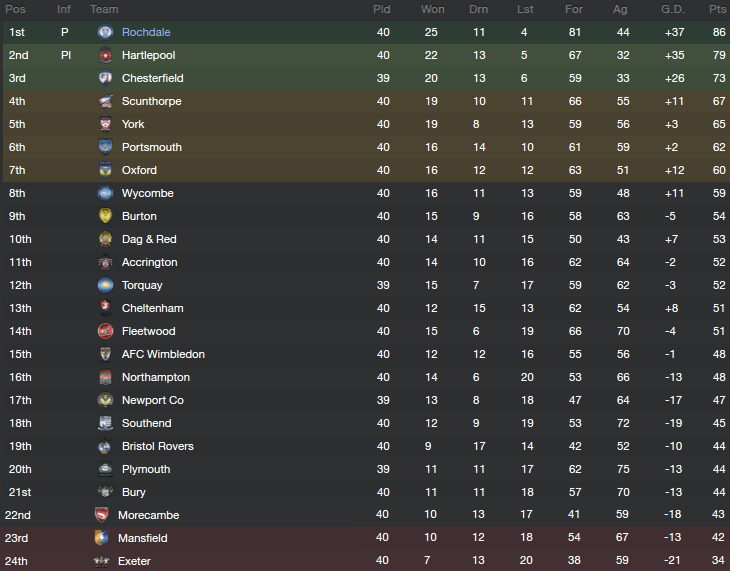 We've achieved promotion. We've done it. We haven't won the title yet, no, no, absolutely not. But we've achieved promotion. It's not over yet, not by a long shot, but we proved everyone - including some players - wrong and we're going to play in League 1 once again next season. The trophy is still there to be lifted, but we need to keep our heads up and win bring this thing back to where it's supposed to go... to Spotland.

This is it; these are the final six fixtures that we're going to play before the season ends. The title race is definitely not over yet, even though we're at the top anything can happen.

Radders2109
6 years
Wow! You're going very strong in the league keep it up

Jer
6 years
Is it just inCredible that Rochdale got promoted? Hehe :), nice work to get there

Yeah Rad, only a few more games until we win this thing for real.

You and your cheesy jokes

MJK46
6 years
Congrats on the promotion. Have you gotten any job offers yet??
Login to Quote