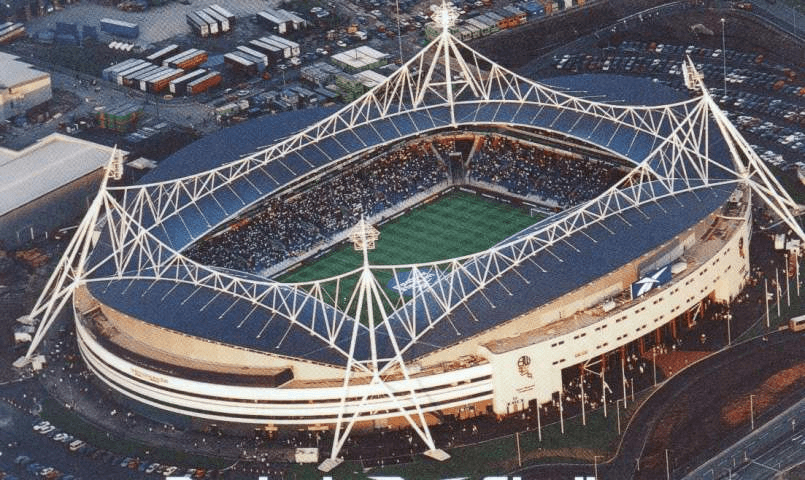 Rochdale representatives and coaches David Beckham and Rafael van der Vaart have confirmed that Rochdale will jump ship to local rivals Bolton for the upcoming season. The squad will be playing all home games at the 28,063-seater Reebok Stadium in nearby city Bolton as Spotland is currently undergoing a massive expansion to 15,000 seats and this also includes brand new high-tech training and youth facilities. This is not the first time that a stadium has been shared before, as a famous example of this is the San Siro in Milan which is shared and owned by Inter and AC Milan. On the other hand, however, Rochdale are only here temporary and will ensure that Justin Credible's side make full use of the large capacity for the time being.

In other news, Rochdale have completed the signings of two new centre-backs and have let certain key individuals go as reports suggest. This will all be revealed at the next press-conference when Rochdale officially announce their upcoming squad and kits for the next season.
Login to Quote

Slid3Tackle
8 years
You have to suffer a little....but you'll have a new stadium!
Login to Quote

AlexTHFC
8 years
Treat for Bolton then

@AAN: I suppose so haha, thanks

and yeah you should

Thanks to TK69 for this amazing banner which I can use for this season in the Premier League. Thanks a bunch mate!


So here we go guys, our seond season in the Premier League has almost begun... we just have to play these friendlies: 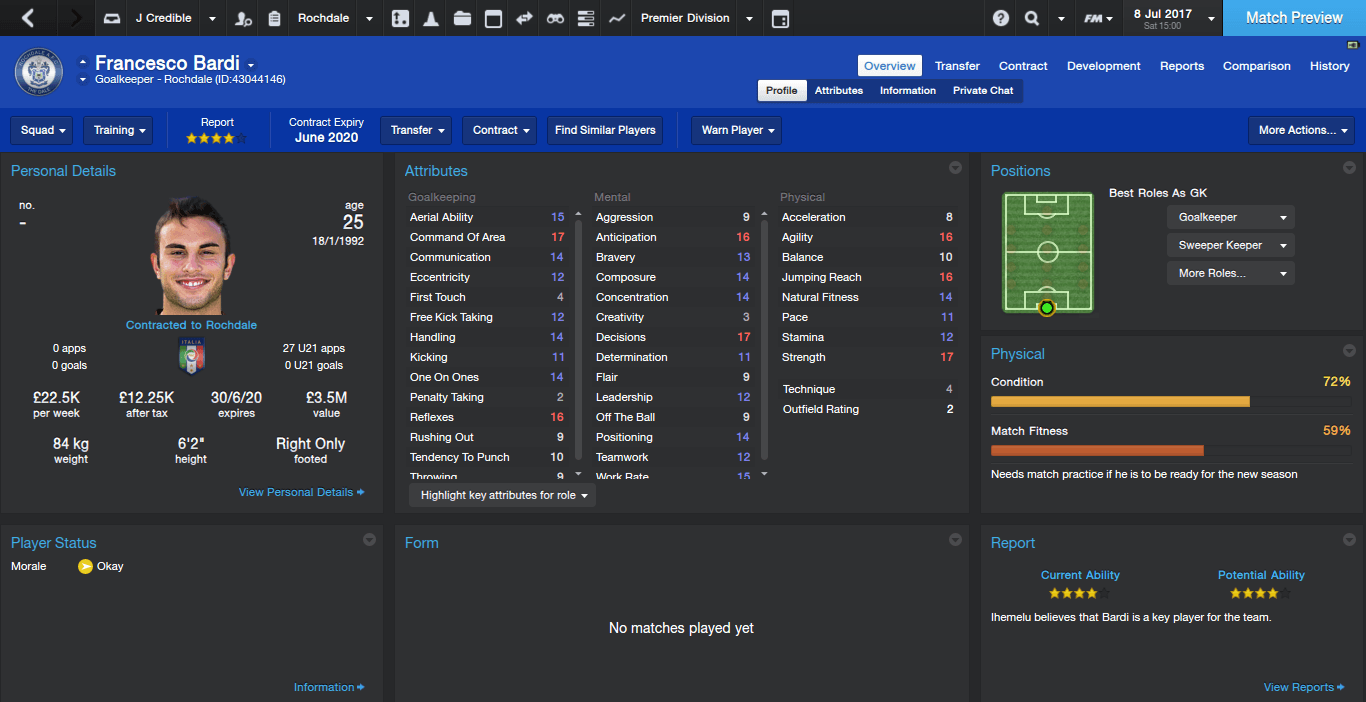 This transfer was agreed last season and Bardi has finally joined. Our other two keepers looked shaky last season and we lost out on third place very narrowly, and Stojanovic needs more time to develop and reach his full potential. In the meantime however, I'm looking to offload McLoughlin as I feel his time at the club is over and Bardi will be my first pick keeper for the next few seasons. 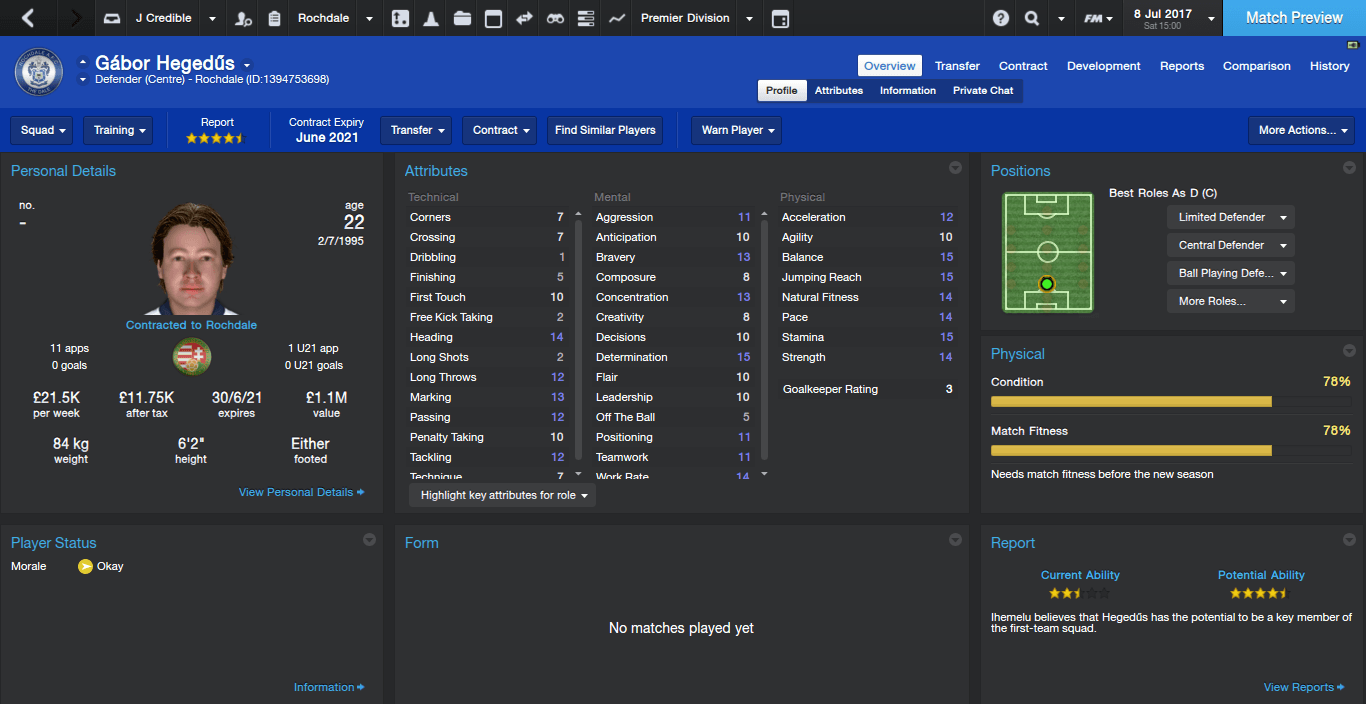 Our first Hungarian signing, Hegedus has too many accents in his name but he will be the centerpiece of our defence for some time to come along with our next signing below. As I saw last season, Bennett showed some signs of deteriorating and that is a risk to take, so I decided to invest in our defensive areas this summer. 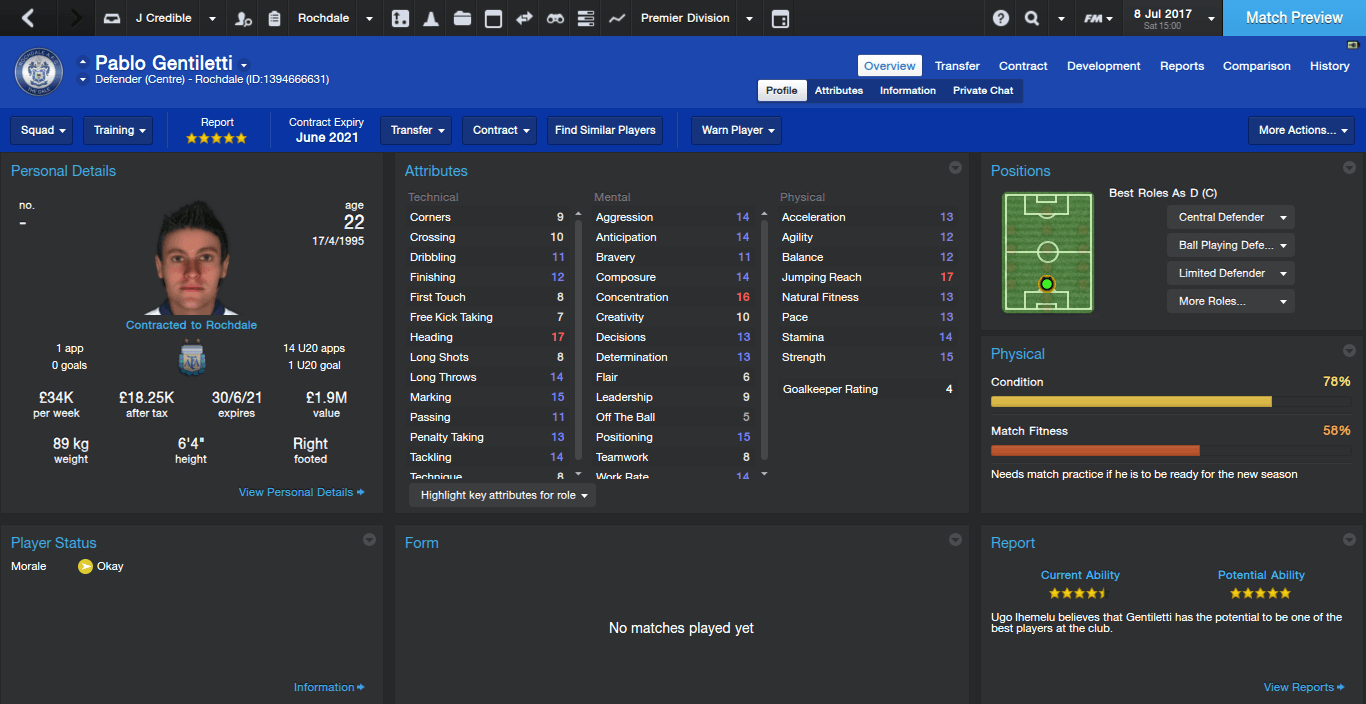 For a guy that's just got his first Argentina cap recently, this is a bargain. Gentiletti fell out of favour with the manager at SLB and was surprisingly transfer listed for a very small asking price. They initially wanted £400k for him but I lowered it down a little bit and Gentiletti himself did not take too long to sign the contrat layed out in front of him. He will be a star and we're lucky to have signed him at the right time. 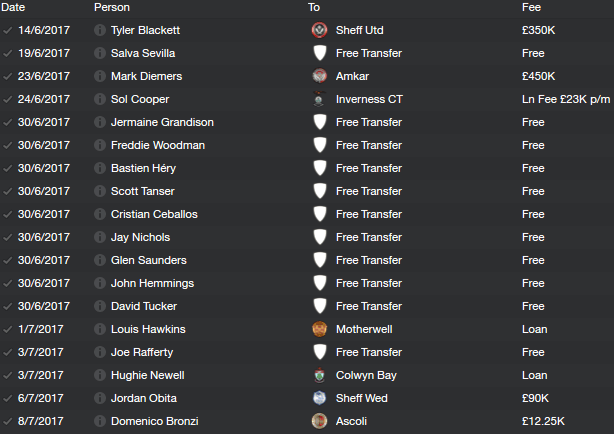 Quite a few of our old players have left the club in order to find more playing time and rightly so, they will get more playing time at their new clubs. Some were deadwood so I had to release them from their contracts and free up some of the wages. Salva Sevilla left the club as a player but has returned as an attacking coach and will bring in his tactical knowledge from the Spanish club of Real Betis. Mark Diemers, a player that was unfortunately used sparingly due to the fact he didn't fit in with the new formation that was being used has been sold for a surprisingly large amount of £450k, which is a massive profit considering we got him for free. Jordan Obita failed to secure his place on the left-wing so he will now ply his trade somewhere else for a small fee of £90k and Domenico Bronzi, once touted as the future of the Italian defence failed to live up to his potential and has also left the club.

I am pretty much happy with my squad as it is right now, so there aren't any immediate transfer targets which is awesome as it means I don't have to spend any money. As for this season's kits, we signed a lovely 1-year contract with Lindt and our deal with Nike runs through until the end of next season, but here are the awesome kits for this season: 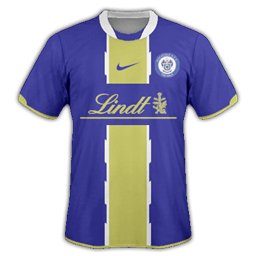 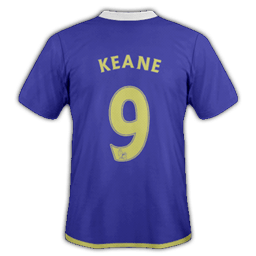 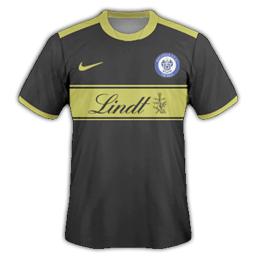 A few easy friendly fixtures (apart from Fiorentina) will show me how to shape the squad for next season and which areas to strengthen. Let's roll...
Login to Quote

MJK46
8 years
Everything is looking good for the Dale!! Those kits tho....:)
Login to Quote

here is to another good season
Login to Quote

@LFC: Thanks, I agree, he's a wonderful keeper

@Michael: Not as much as I expected, they were all fringe players and hadn't played since ages

Dida joins, Ihemelu to step down... 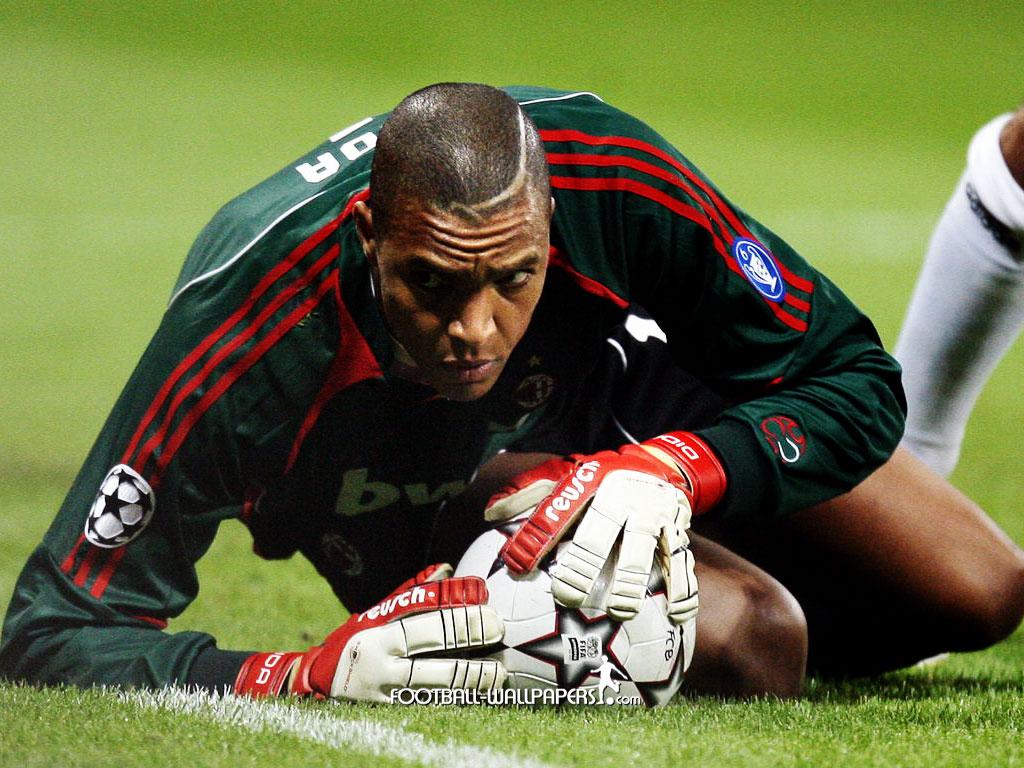 Former AC Milan shotstopper has announced that he has taken up a job at Rochdale AFC. Following the retirement of Mick Payne, Rochdale needed a goalkeeping coach and Justin Credible immediately called Dida and offered him the job. The Brazilian had been capped 91 times by his country, and has enjoyed a illustrious playing career with AC Milan, making a total of 206 appearances before moving on.

Rochdale AFC have also announced that Ugo Ihemelu will be resigning as assistant manager citing "stress" reasons and will take up the role of a defending coach. He will be replaced by Rochdale fitness coach Elio Carravetta. 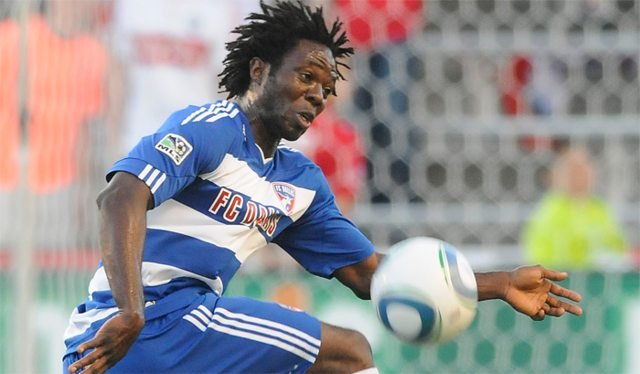 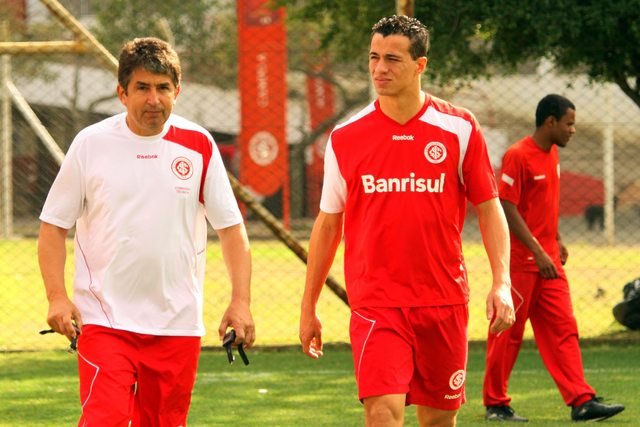