bebero
7 years
A very good! A single defeat, that says a lot about your team! Congrats.
Login to Quote

Neal
7 years
Thanks to all of you guys, it was a great season! I hope we can cap it off with a cup win. 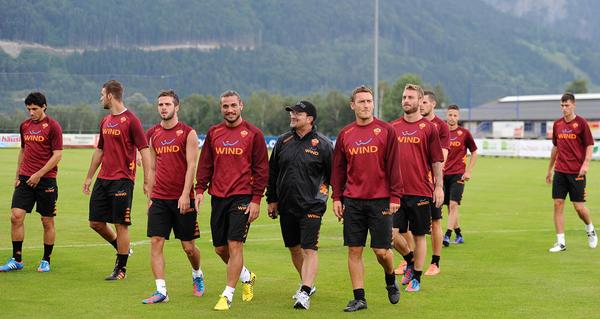 It’s been a very successful season for AS Roma thus far. After a very disappointing campaign last time around under Zdenk Zeman, club legend Francesco Totti has undoubtedly led the side he both coaches and captains to glory with their first Scudetto in 13 years. However, further glory potentially awaits now in the form of the Coppa Italia.

Last season was full of heartbreak in the Coppa for Roma. Even though the Giallorossi struggled in the league they excelled in the cup, especially after Aurelio Andreazzoli was appointed caretaker manager after Zeman was fired. The capital city side found themselves in the final against eternal rivals SS Lazio who defeated them 1-0 in a heroic match.

This time, Roma are out to avenge that loss. First they knocked aside a pitiful Padova side but were then drawn against Napoli just days after prying away their captain, Paolo Cannavaro. They triumphed in penalties over the Partenopei after an injury time equalizer before whooping Catania 4-0 in the semifinal. Now, however, Udinese was waiting in the final.

It will be an emotional game against Mehdi Benatia especially who is enjoying a stellar first season in Rome after three years at Udinese. There is a great deal of respect between Guidolin and Benatia and the match is expected to be very special for the Moroccan defender.

During the season, it was Roma that edged Udinese in their two games. The Giallorossi fought to a creditable draw at Udinese but easily defeated the Bianconeri at the Olimpico. The Coppa Italia final match will be played in that very stadium in the capital, and Francesco Totti’s side will surely relish the home advantage.

Roma will be missing some big names for the critical game, however. Commanding center back Paolo Cannavaro will definitely miss out with a back strain sustained in training while Totti himself is in a race against the clock to be fit in time for the final. Il Gladiatore has been out for about a month with a twisted ankle and may appear. On the plus side for the Giallorossi, vice-captain and midfield rock Daniele De Rossi will be fit enough to start.

Udinese have a nearly full squad to choose from with left wing back Gabriel Silva the only player to miss out with injury. While certainly an important player for Guidolin’s side, most fans are hoping that his replacement can push through and help Udinese to victory.

“It’s going to be a brilliant match,” said Totti in his pre match conference. “Udinese have a very strong squad and so do we; both teams will be fighting tooth and nail to bring home the Coppa. We cannot wait to claim this trophy that we were so close to capturing last season.”


Thank you all so much for getting me to 15k views! It's a humongous achievement, and I want to extend a massive thanks to everyone who reads this story for helping me to get to such a great milestone!

LFC
7 years
Congrats on 15k! No more than deserved!
Login to Quote

Neal
7 years • Edited
AaronHJFT96: Thanks bud, might just need a bit of luck!

LFC: Thanks mate, means a lot 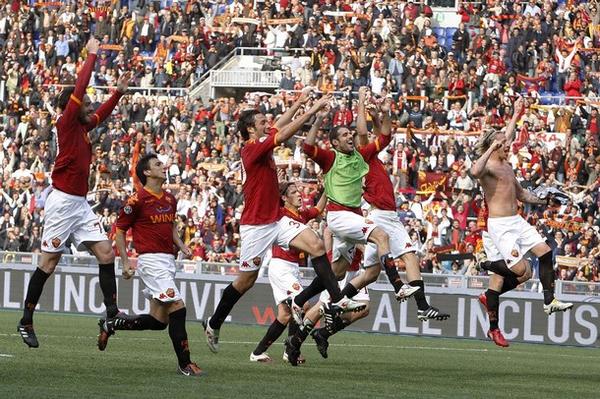 After last season’s disappointment, AS Roma were back in the final of the Coppa Italia, this time looking to triumph and bring home the trophy. The Giallorossi are the tied [with Juventus] most successful side in the competition’s history with 9 wins but knew that getting that tenth trophy would be no small feat against Udinese in this final.

The opening exchanges were certainly dominated by Francesco Totti’s side but Udinese defended very strongly and managed to keep out the newly crowned Scudetto winners. For over half an hour the Bianconeri managed to hold out against Serie A’s most dangerous attack, but eventually the champions found a breakthrough.

Gervinho was the architect, taking men on at will down the right flank. He clipped the ball past Lazzari into the penalty area and sought out an unmarked Mattia Destro in the box. The Italian striker, who is enjoying a talismanic end to the season, hit the ball first time while turning toward goal, slotting it into the bottom corner to give Roma the lead.

Early in the second half the Giallorossi came within inches of doubling their advantage. Ivorian winger Gervinho was again at the heart of the attack, bursting past his man before cutting the ball back to Miralem Pjanic. The Bosnian playmaker smashed a shot toward the top corner, only to watch it hammer off of the post and go wide.

Then the Udinese miracle began. A little bit past the hour mark, Emmanuel Badu whipped in a free kick from the right side of the box. The cross found its way to an unmarked Igor Bubnjic to head home powerfully past Morgan De Sanctis. Suddenly the comeback was on.

With fifteen minutes to go in the match, Udinese found their go-ahead goal. Danilo hit a speculative long ball over the top of the defense and caught Leandro Castan napping. Youssef El Arabi suddenly found himself through on goal and made absolutely no mistake, coolly putting the ball past the onrushing goalkeeper and sending the Udinese fans into ecstasy.

It seemed Roma were dead and buried and were set to experience cup final agony for the second straight year. Somehow, though, the Giallorossi pulled off the impossible deep in injury time. 93 minutes gone, Alessandro Florenzi slipped in Adem Ljajic and the Serbian attacker somehow managed to curl in a last gasp equalizer. The Stadio Olimpico exploded into reverberating celebrations; we were going into extra time.

Two minutes into the first period of extra time it was the man with the armband that completed AS Roma’s comeback. Adem Ljajic delightfully picked out Daniele De Rossi at the penalty spot from a corner kick and the Giallorossi legend thundered his header into the roof of the net.

Later in the first period, Udinese were left with just nine men as first Dusan Basta was stretchered off with a calf injury before Thomas Heurtax received his second yellow card for a violent shove on Alessandro Florenzi and shown red.

From that point on, Roma cruised and held on to a dramatic 3-2 victory after extra time in the Coppa Italia final. The entire city of Rome was screaming in celebration as Totti and De Rossi lifted the famous trophy together, avenging their loss from last season and completing their domestic double.

“We are ecstatic to have won here today,” said Totti after the match. “We have proven now that we are undoubtedly the best side in Italy by winning both the league and cup. Don’t expect us to stop here, though. We want to continue to improve and become a major force in the years to come.”

LFC
7 years
Sounds like a great match! Congrats on winning it!
Login to Quote

Neal
7 years
LFC: It was the most exciting match I've ever played! Outstanding to watch, so happy I won

AaronHJFT96: Ahead of Juve at last!

pompeyblue: Cheers mate, I'm really proud of both the views and the cup win!