Neal
8 years
Josh_MU: Yes, I'm pleased to have gotten them for so cheap, because now I still have loads of funds to splurge on a new central midfield!

Giancarlo9: Cheers bud, hopefully he can help provide some depth in the striker position and even nail down a starting spot!

Walter: Can't argue with that logic

Northwood: Haha yes they didn't line up all to attacking, but hey, a World Cup victory is a World Cup victory, and looking back at the players' performances, it's hard to argue that they didn't deserve it. As to Bradley, yes, I'm ecstatic to have gotten so much money! Can't wait to reinvest it into the squad

FOUR OUT (AGAIN!) AT THE OLIMPICO

Despite a flurry of transfer activity having already taken place for AS Roma, it seems Francesco Totti was not satisfied. In fact, no less than four Giallorossi players have been shipped abroad to create more space in the squad and bring in some more funds. Surprisingly enough, each of those players have headed to La Liga in Spain, and two of them to Sevilla! In this article, we’ll take a look at each departure and how they will affect Roma this season. 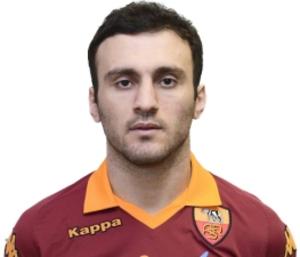 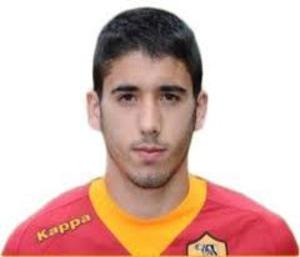 Torosidis was not much more than a backup for Maicon last season and many people thought he would be sold this summer. With the arrival of talented Frenchman Sebastian Corchia earlier in the window, it is no surprise to see the Greek fullback take the trek to La Liga where he will hope to find first team football and revive his career. Jose Angel, who spent last season on loan at fellow Spanish club Real Sociedad, has also completed the move to Sevilla. The two together cost the buyers a total of €4.5M and will likely be the preferred fullbacks there.

Last season, AS Roma hardly lined up with wingers as Francesco Totti clearly preferred the 4-1-2-1-2 diamond style formation. Thus, new signing Gervinho was frozen out and hardly played. The Ivorian winger has thus completed a cut price deal of just €3.5M to Spanish club Villareal in hopes of getting regular first team football. Considered a talented but inconsistent player, Gervinho will hope he gets the chance to impact the Yellow Submarine, a chance he did not get at Roma.

Kevin Strootman was very impressive for AS Roma last season, impressive enough to warrant serious attention from both FC Barcelona and Real Madrid. Los Blancos could not land the player, however, as their €25M bid was rejected, but when la Blaugrana came in with €30M, club president James Pallotta could not resist and the talented Dutchman was sold. With Florenzi, Bradley, and now Strootman all having departed for a combined €85M, Francesco Totti must surely be planning some interesting signings for the center of the park.

Aaron
8 years
You're raking in the money mate! Will we see any huge signings in the near future?

LFC
8 years
Looks like you'll have big bucks (or euros) for the season. Wonder who we'll see come in.
Login to Quote

Neal
8 years
AaronHJFT96: Hm perhaps I might have to spend a bit

After what has been so far a hectic summer with eight departures and three new signings, AS Roma has brought in three more players for a total of just over €50M; Nuri Sahin, Clement Grenier, and McDonald Mariga. Roma boss Francesco Totti says these are the final deals for the club. We’ll take a look at each of those players in this article and see how they can help Totti achieve his goals for the season.

Having sold the likes of Alessandro Florenzi, Michael Bradley, and Kevin Strootman for huge fees, it was only a matter of time until reinforcements came, and Grenier is the first. The 23 year old French midfielder had spent his entire career at OL, making 95 appearances in Ligue 1, but has now made a big money move to Roma after enjoying a decent last term. The wily creator has an eye for goal but also for an assist and is a player capable of being a playmaker of the highest order. He has signed a 5 year deal and is on €75k per week.

Just two years ago, it seemed as though Nuri Sahin’s once promising career had come to an abrupt stop. An injury ravaged season with Real Madrid followed by a devastating loan spell at Liverpool had left the Turkish playmaker bereft of confidence. However, last season Sahin had a breakout season (again) at Borussia Dortmund and impressed enough to earn a massive deal to Scudetto holders AS Roma. On a 5 year, €135k per week contract, Sahin is set to take up the commanding role as creator in the center of the park and continue to revitalize his career.

Perhaps the most low-key signing and certainly the most inexpensive, McDonald Mariga has been brought in to Roma on a 1 year co-ownership basis. The Kenyan midfielder spent half of last season on loan to 2. Bundesliga side Koln but will now look to re-forge his reputation as a hardworking, tough tackling midfielder with Roma. He will likely only have a squad depth role at the club, but provides the midfield with a destructive, defensive player that is otherwise generally lacking in that category.

LFC
8 years
Some nice/great signings there. Update was great, as per.
Login to Quote

Walter
8 years
No, McDonald Mariga is the marquee, signing!

Jer
8 years
Great signings mate, hopefully you can sell them for higher fees
Login to Quote

Walter: Yeah, what a global superstar

Pauker: Or keep them

pompeyblue
8 years
Great signings Neal!
Champions League winners this year and an unbeaten season in the league then?

Neal
8 years
pompeyblue: Haha if only! I have my doubts, however; haven't quite been able to create a 'master' tactic yet, and our side is clearly outclassed by a number of other sides in Europe.
Login to Quote 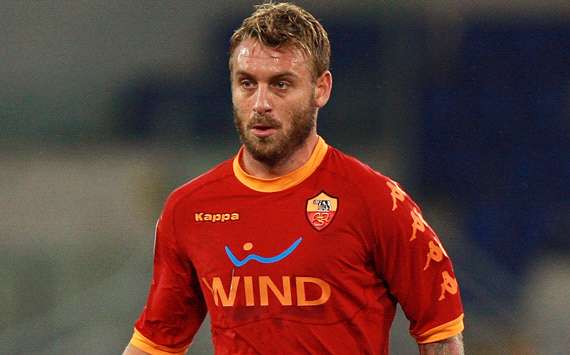 After a highly successful season in their first term under Francesco Totti, AS Roma were ready to take on their preseason in preparation for year two. It was bound to be a tough group of games with the likes of Paris St.-Germain, Atletico Madrid, and Fenerbahce among the opposing ranks along with a number of new signings looking to gel, but the Giallorossi managed to play well.

The first match took place at the Stadio Olimpico against French moneybags PSG. Alvaro Morata made an instant impact in his unofficial debut, scoring a delightful volley, but the Parisians wasted no time in making the game 2-1 through impressive strikes from Zlatan Ibrahimovic and Cristophe Jallet. Gervinho was the hero off of the bench to find the late equalizer in what turned out to be his last game at the club before being shipped off to Villareal in Spain.

Alvaro Morata continued his strong form in the next match since his move from Real Madrid by scoring a powerful header to give Roma their only goal in a 1-0 win over RSC Anderlecht. Many people had expected the Scudetto holders to put quite a few past the Belgian side but Man of the Match goalkeeper Silvio Proto made a string of super saves to keep his side in the game and keep the score line down.

Next up the Giallorossi took a flight to Salonika, Greece to take on Superleague side Aris. Totti’s side had a field day as Adem Ljajic and Alvaro Morata linked up brilliantly and scored 3 goals between themselves. Daniele De Rossi scored a thirty yard scorcher to make it 4-0, and Leandro Castan’s powerful header finished up the victory. Totti was quoted as saying, “Our attack looks deadly, and if we keep this up we will be a force to be reckoned with in Serie A.”

The next match was quite a lot harder, against La Liga BBVA side Atletico Madrid. The Spanish side managed to put up a very strong resistance against the reigning Scudetto champions, managing a full 19 shots to the 5 of AS Roma. However, captain fantastic Francesco Totti managed to draw a penalty with just 15 minutes to go. The player-manager stepped up and slotted home himself to give his side a difficult 1-0 win.

The Giallorossi's preseason ended on a sour note, however, as they were toppled by Turkish giants Fenerbahce at the Sukru Saracoglu stadium. The Italians dominated possession and created a couple of good chances for themselves, but a second half volley from Alper Potuk ensured that the visitors wouldn't steal a win to cap off their otherwise strong friendly run.

Alvaro Morata, who scored 3 goals in 5 games after joining from Real Madrid for €11M in the summer, spoke with the press after the last game. "I'm really happy to have fit in easily with the rest of the squad and make some contributions by scoring a couple of goals. Hopefully now the team will continue to play well in the competitive fixtures, and I can continue to score goals to help us win."

Roma start their season in 5 days' time when they take on Udinese in the Supercoppa Italiana on August 10th, with kickoff at 15:00.

JamieBhoy93
8 years
You got some good results there for a preseason, Great update as well! Enjoyed it