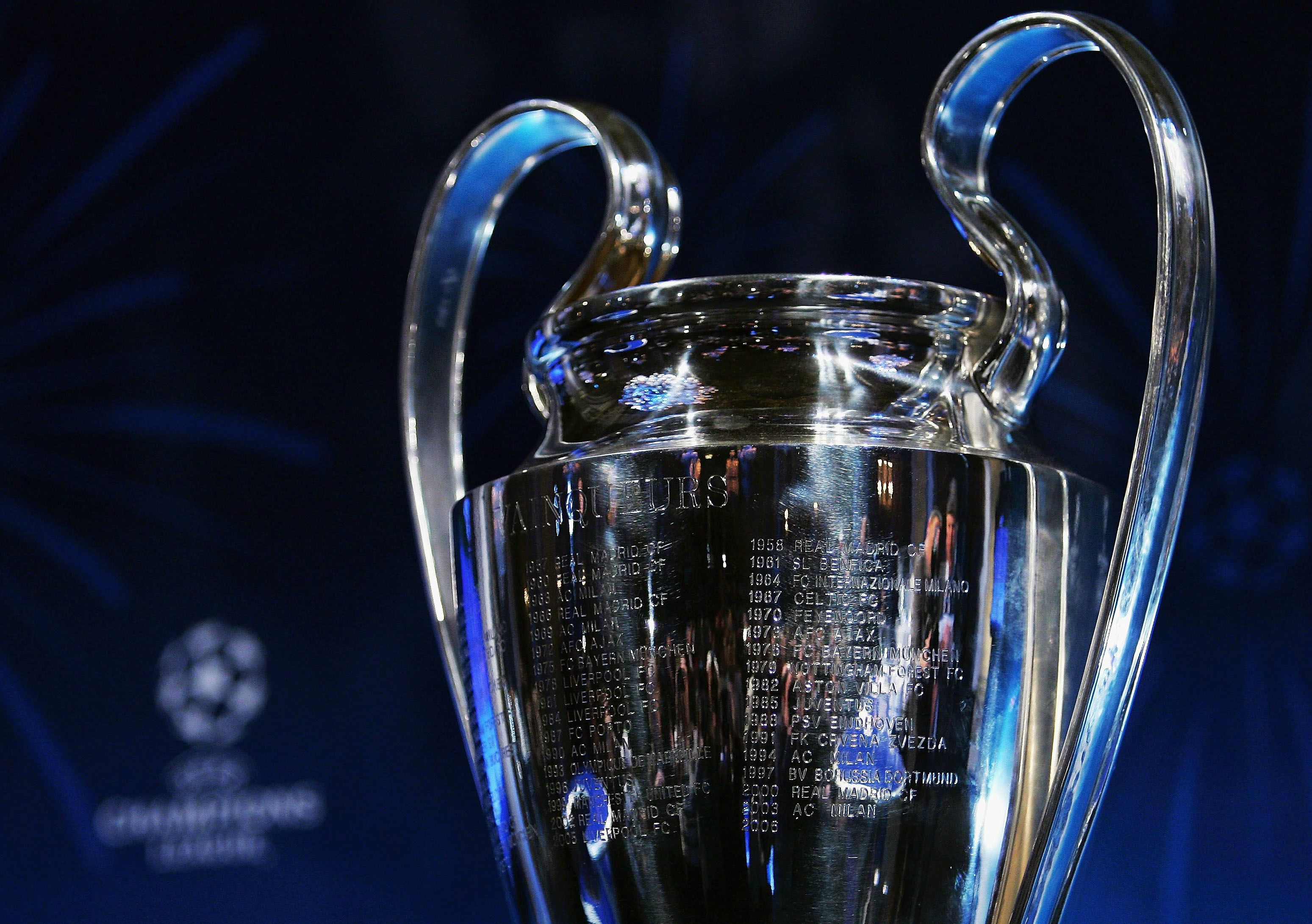 Arsenal, of course, is the favorites to triumph from this relatively easy Group A. Celtic and CSKA Moscow can both offer difficult encounters in Scotland and especially frigid Russia, but the Gunners are in a class of their own and will hope to qualify with ease. Moscow will hope to take the second spot, and Celtic will likely finish third. Basel doesn’t stand much of a chance.

Group B looks a bit of a tougher nut to crack than Group A. While Dynamo Kyiv looks set for third and PAOK will clearly be the free six points for each side, United and Dortmund are both excellent teams that will be looking to win their respective groups. Having lost star striker Robert Lewandowski, however, we think that Dortmund will have to accept second place behind the Red Devils of Manchester.

A ‘Group of Death’ of sorts, Group C will certainly be interesting to keep an eye on. Juventus and Atletico Madrid are the favorites to advance with talented managers Antonio Conte and Diego Simeone at the helm for each club respectively, but Olympique Marseille will be looking to stake their claim in the knockout stages as well. Salzburg hardly stands a fighting chance.

Group D is another group worth watching out for. Last season’s champions Real Madrid, still on a high from their fabled ‘Decima’, will almost certainly win the group. Moneybags AS Monaco, Portuguese giants Porto, and Turkish champs Galatasaray all have a fairly even shot of taking that second spot however, and it will certainly be a tight fought battle, but we think Porto will make second.

Spanish powerhouse FC Barcelona is the clear favorite to win their group under the new management of ex-player Michael Laudrup. Zenit also has a strong squad at their disposal and will most likely clinch the second knockout stage qualification spot, while Dinamo and Anderlecht will have a tough fight on their hands to try and at least make the Europa League.

At last, we have our true Group of Death in the shape of Group F. With two seasons ago’s winner Bayern Munich taking on English moneybags Manchester City as well as one of the competition’s historical powerhouses AC Milan will clash together some high profile names. Bayern is expected to win the group with Man City to pip Milan to second place. Feyenoord will almost certainly finish fourth.

In this group we see Francesco Totti make his managerial debut in the Champions League with AS Roma. His Giallorossi side will find stiff competition in the shapes of Shakhtar and Benfica, as BATE will struggle to pick up points. We think Roma will likely pip Shakhtar to the top of the group and leave Benfica some Europa League consolation as Donetsk settles for second place.

Chelsea and Paris St.-Germain are the two big names in our final group of the draw. Jose Mourinho, ever experienced in the ways of European football, will likely lead his Blues side to the top of the group, but Laurent Blanc and his men will put up a tough fight to avoid second place. Steaua may just pip a Hannover side with little international experience to third place.

Nick
8 years
Wow, some really tough groups there - Group F is mental! Your group is pretty straight forward, should probably get the top spot!
Login to Quote

stigzee
8 years
Now that's an interesting group both Benfica and Shaktar strong home advantage they carry with them. Should be okay as they are poor travellers.
Login to Quote

Josh_MU
8 years
Well, I think you can definitely get 1st place in your group, although both Shaktar and Benfica are good teams, you've come off quite lucky with your draw :P. Great update as per usual Neal!
Login to Quote

stigzee: Both teams are strong but hopefully we will play well at the Olimpico and nick first place!

Josh_MU: Yeah, could've been a lot worse. Thanks bud!

Josh_MU
8 years
I see you're close to 400 replies?
Login to Quote

Josh_MU
8 years
Maybe I can help? xD
Login to Quote

Neal
8 years
AaronHJFT96: Not that easy

Josh_MU: Thanks! 400 replies is a big milestone, I hope to keep reaching higher and higher with all of your support!

Jer
8 years
Great update there, with some tough groups. Congrats on reaching that milestone as well, it's been well earned.
Login to Quote

Neal
8 years
Pauker: Thanks bud, I think our group is a little tricky but I am certain we can make it through!

Last year's Scudetto champion AS Roma and last year's runners up AC Milan were drawn to meet in just the second round of Serie A football this year. Both teams had strengthened quite a lot in the summer, and their new look squads more than impressed the 50,000 fans at the San Siro yesterday evening.

Perhaps surprisingly for the Giallorossi, Francesco Totti decided to leave both Marco Verratti and Clement Grenier on the bench and instead started McDonald Mariga in midfield, obviously hoping the more defensive-minded assistance in the center of the park would help hold back the home side.

That particular move from Totti paid off just two minutes into this thrilling early barometer of potential title success. The Kenyan international strongly tackled the ball away from Keisuke Honda and burst around Andrea Poli to find himself in great space. He sprayed the ball out wide to Federico Balzaretti, whose cross was deftly volleyed home from close range by the mercurial Adem Ljajic. 1-0 Roma.

The match had hardly started, and the San Siro was stunned.

Kaka and Traore weren't nearly done yet. In the 17th minute, the Brazilian midfielder found the head of Traore from a corner kick, and the 6'8" man's header ricocheted off of the post, bounced off of the back of the diving Asmir Begovic, and trickled into the net. The stadium erupted and Traore celebrated, though the goal was given as an own goal by Begovic. A 5 minute turnaround, and things were now 2-1 Milan.

The rest of the half wore on with attack and counterattack, neither team really able to push their advantage. With two minutes left before the break, however, Roma found their all important equalizer. Miralem Pjanic was at the heart of the move, using his tricks to beat two Milan players and clip the ball into Mattia Destro. The Italian striker made no mistake with his finish, powering in the strike off of the inside of the post to make it 2-2 at half time.

Critical: Destro's goal on the stroke of half time was imperative to Roma's result.

The second half started off much slower, but right after the hour mark, things picked up rapidly. Miralem Pjanic was causing havoc once again as his perfectly weighted reverse pass found Adem Ljajic clean through on goal, and the Serb's chip over Christian Abbiati nestled into the net without a bounce. 3-2 to Roma, and Totti was ecstatic on the touchline.

The joy was cut very short by, yet again, Lacina Troare. Just two minutes after Ljajic's go-ahead stunner, Traore thundered home a header from Andrea Poli's cross. For the third time, a stunned San Siro erupted back into life, cheering on their team. With 25 minutes to go, the score was 3-3, and the momentum was firmly with the Rossoneri.

Totti's men held strong in defense, however, and substitute Maicon made a number of inch-perfect last ditch tackles to keep shots away from Begovic's goal. When the final whistle rang out, the fans let out rapturous applause to the players that had provided them with the best game of the season thus far, 3-3 the final score.

"It was an exciting game for the fans, but I'd hoped we would have played better defense," said Totti after the match. "I cannot fault the attack, which played very well, but at times we did not press Milan fast enough, and they punished us. Now we just have to move on to the next match against Torino and try to get three points there."