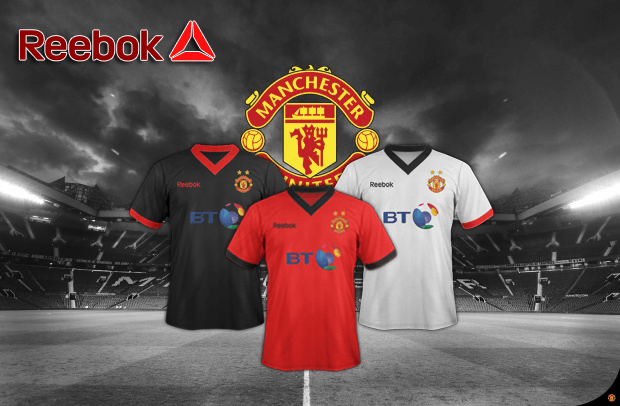 Manchester have ended there twelve year relationship with Nike today and it was also announced that from next season AON will not sponsor Manchester United either. The new kit will be made by Reebok for the first time in there history. 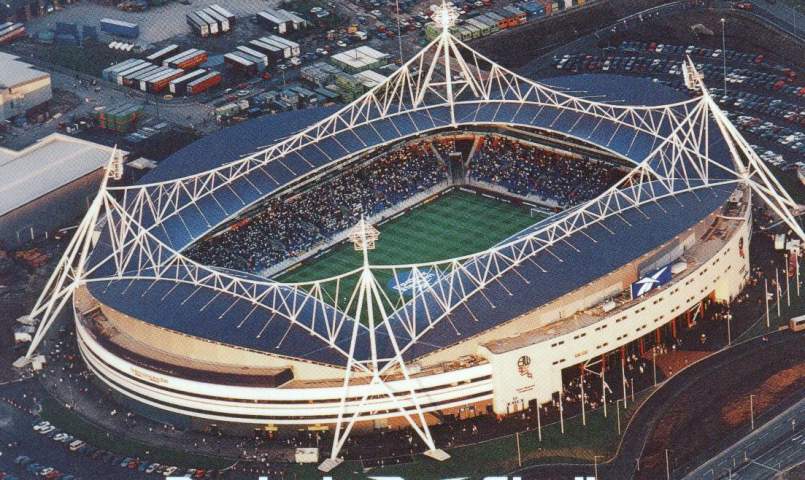 Bolton's Stadium is sponsored by Reebok
Reebok are only really known to sponsor Bolton Wanderers and also have there stadium named after them but that all changed today with the deal with Manchester United. The last three Premier League teams to have a relationship with Reebok were Liverpool (1996-2006), Manchester City (2003-07) and West Ham United (2003-07) 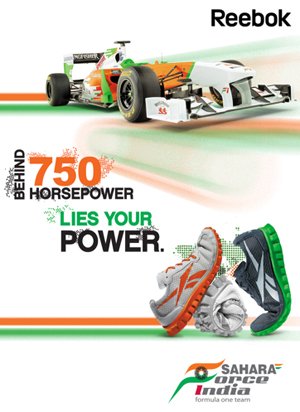 They are known more in other sports, they are the exclusive kit provider for all of the teams in NFL, NBA and WNBA, sponsor Force India-Mercedes, sponsor Amir Khan just to name a few other interests the company, founded in Bolton provide kits and equipment to at the moment. 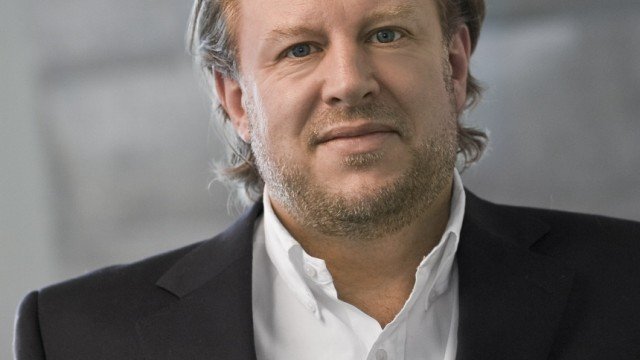 CEO Uli Becker is very pleased with the new partnership with Manchester United. We are very pleased to have the pleasure of making kits for Manchester United for the next 5 years from 2015/2016 season. We have a long standing partnership with Bolton in England, but when this opportunity arises we jumped at it. We will pay a big amount for the privileged but this is the biggest club in the world so we had to do it.

Manchester United will now also be sponsored by British Telecom now too in a multimillion pound deal. The new partnership is thought to be worth £19m over the next 3 years and Sir Micheal Rake said. We are over the moon to be sponsoring Manchester United Football Club and we look forward to a long partnership. We made sure that Manchester United didn't want anyone else to sponsor them and this will give us a lot more exposure and we look forward to being on the shirt from next season. Well done to Reebok too because the shirt looks stunning.

This is a brand new era for Man Utd with the Red Shirt staying as the home kit, they have a white away shirt this season and a return to the black shirt for the alternative kit. Will Manchester United hold on to there manager though, we will wait and see.

Thanks to Edu for making the shirts and for Aaron for giving me this amazing graphic :) 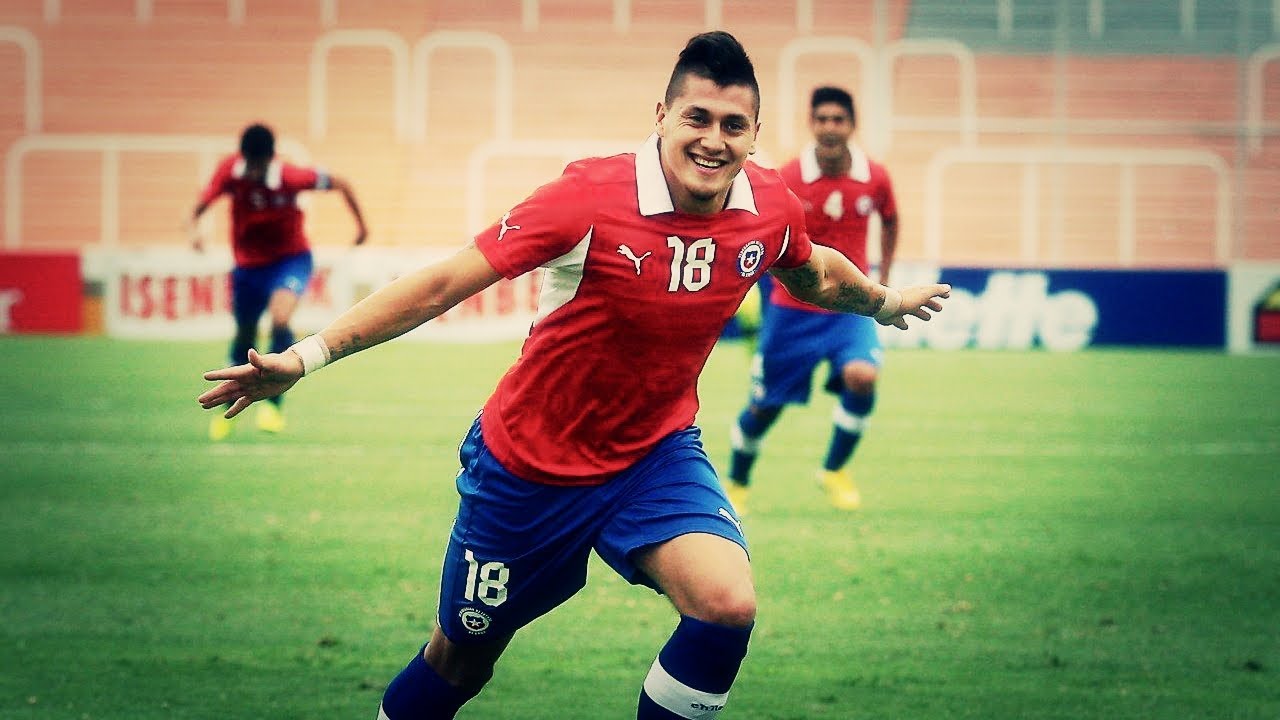 Since the departure of Robin Van Persie to Real Madrid and Wilfried Bony has been at the African Cup of Nations for a while, leaving just Steven and Jordan as the only recognised strikers available so Brendan Rodgers had looked at Kevin Volland and Max Kruse from Gladbach and Atletico respectively.

So Rodgers went for 21 year old former Club Brugges striker Nicolas Castillo of Chile. The striker has scored 19 goals in two seasons at the Belgians so when they sold him to United they made a £10.5m profit, when selling him for £13m and he is looking forward to playing for United. 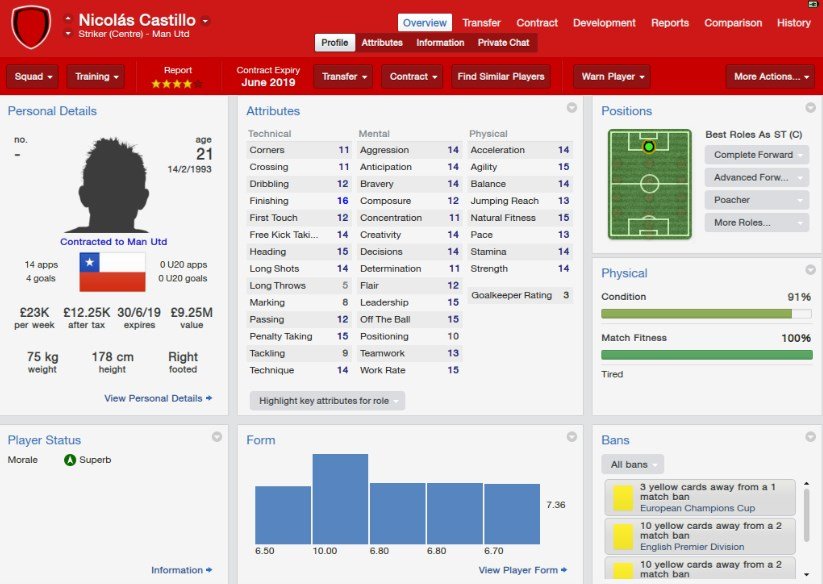 I am so glad that I have signed for this wonderful English club this season. I am young and I know I will have to fight Jordan, Steven and Wilfried hard for a spot but I have faith that I can do it and be a hit with the fans and my fellow players.
Login to Quote

Tim Lovejoy: How could you make next season's TV coverage better?

Dylan: We here at FOX news are passionate about football - and British coverage lacks passion! Where are the half-naked ladies?! The big burly Quarterbacks...wait....wait.....do you mean Soccer?!

Bill: At BBC we believe in offering our viewers the best coverage possible, with in depth analysis, top guests and fantastic commentary for every single game shown.

Ray: By showing every game on Sky Sports ofcourse!

Tim: thanks for your answers, how will it be better if it was all on Sky Sports please?

Ray: Well although you'd have to pay for subscription, we have much better commentators than these fools and our coverage is top notch.

Dylan: Top Notch?! You've got only got one pretty lady! Nobody wants to watch ugly, beer-bellied men try to remember when they played! We at FOX will bring excitement, drama (even if we have to make that bit up) and scantily clad ladies to television screens everywhere! PLUS the market in America will significantly increase your league's revenues from shirt sales, naked ladies, etc

Bill: Yes, not only is our coverage ENTIRELY free but we offer top quality coverage on every game. We also have no advertisements meaning you will always be with the action on BBC unlike the advertisement filled Sky Sports and FOX who know absolutely nothing about the game we love.

Ray: You don't even show any Premier League games on the BBC, you only show highlights.

Dylan: we'll even have half-naked men for the Gayboys! Can't see any better equality than that!

Ray: You call 'football' 'soccer', that makes no sense at all

Bill: I think that BBC and Sky can both come to the conclusion that FOX is useless and they should be immediately eliminated from this process.

Dylan: Racist!, You spell organize with a s!

Tim: Who would your commentators and presenters be?

Bill: Moving on, some of our commentators and pundits will include Gary Lineker, Alan Shearer, Danny Mills, John Motton, etc. As well as the new additions to the team such as Peter Schmeichel, Paul Scholes and Sol Campbell

Dylan: We would look to bring David Beckham in as our main pundit, given his ambitions to build an MLS side, alongside our usual sporting presenters who provide in-depth analysis of various sports.

Tim: How much are you prepared to pay to hole the games there are two packages Monday Nights and Saturday Lunchtime and Evening and then the midweek and super Sundays?

Dylan: £750m for the Sunday and midweek matches.


We are now happy to announce that two providers have been chosen. 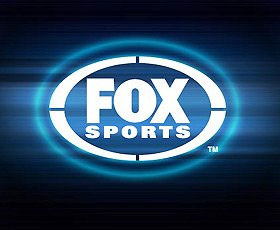 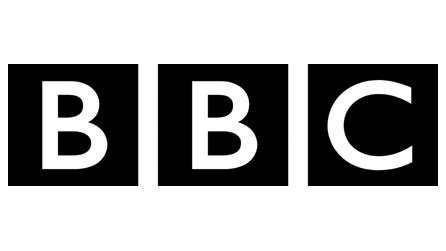 The BBC have won the rights for two years also with there amazing vision set out in the debate, they just pipped sky to the honour of showing the matches on a Saturday Lunch and Teatime and on Mondays at 20:00. The deal is worth £550m
Login to Quote

Thanks to TAT, Pompey and Josh for being good sports and taking part

Icarus
8 years
Damn this story is well worked out in every single detail, even TV right talks lol. I just don't like some of the signings myself tbh, but I guess they worked out best for the system of play you want to do.

If I ever make another story, I'll be sure to watch and learn from yours

2014-05-26 16:55#176803 ConcertoVerde : Damn this story is well worked out in every single detail, even TV right talks lol. I just don't like some of the signings myself tbh, but I guess they worked out best for the system of play you want to do.

If I ever make another story, I'll be sure to watch and learn from yours 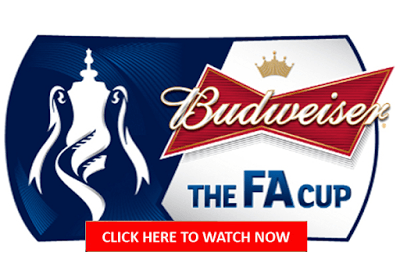 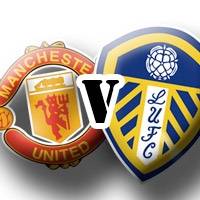 
Manchester United could count themselves highly unlucky to only draw in their F.A Cup Forth Round match at Elland Road. 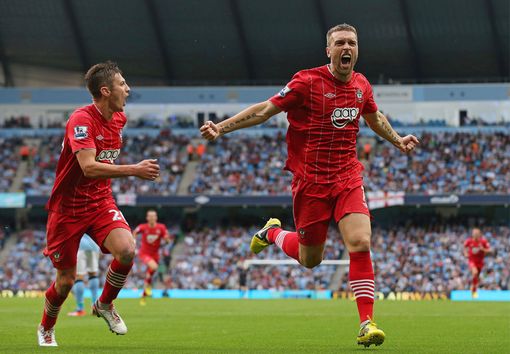 Experienced striker Rickie Lambert got Leeds United off to a flyer by scoring a well struck effort which found the back of the net via the goalpost on 7 minutes. It was fantastic work up play by Tom Ince who delivered a fantastic cross for Lambert to hit the first goal. 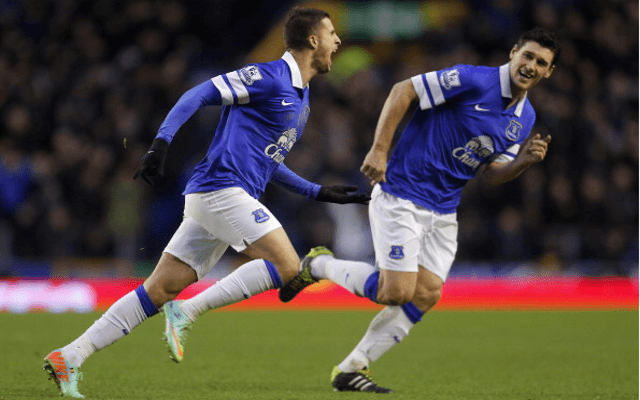 Leeds were dominant all half with Lambert and Stokes were brilliant in the first half. After half time though it was a different story and the real Man Utd came out. Winger Kevin Mirallas equalised for Manchester United after 56 minutes with a finish tucked away with consummate ease. Man Utd really pressed after this but Steven Naismith and Andros Townsend hit the woodwork but Leeds held on for a replay at Old Trafford.

It is not ideal but we are glad to still be in the competition and with Wilfried and Sandro both back it will make it easier for us. In-front of our own fans we should get the job done. said Brendan Rodgers.
Login to Quote

ImDonkey
8 years
Nice update and interesting story, Keep it up!
1
Login to Quote