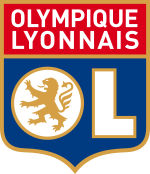 Wait, you’re the guy with the Pompey story, aren’t you? Now you’ve got a new story? Why? Yes it is me pompeyblue bringing you a brand new story with Olympique Lyonnais. Don’t fear though, FMScout members, my main story Portsmouth FC - We Own Our Club has not gone yet even with this new adventure I am embarking on. I will instead be running this story alongside my Portsmouth one, which I have no plans to stop at all. It’s long running and I am hoping to keep it that like that, all the way until FM15. Neal has proven that running more than one story at a time is possible, so I thought I would give it a go too!

In all honesty, playing my Pompey save can get boring from time to time, especially when you have been playing it for so long. So in the meantime I would like another challenge to test myself against, albeit this one is not as difficult. This all means that if I get slightly demotivated in playing one save, at times, I can jump onto the other and still continue to update about it as I love to.

NOTE: I will be using pr0’s data update for this story meaning all the latest squads are up to date, so my story will be running from the events of the 2013/14 season, and I will be writing this story as if my game actually is in the 2014/15 campaign.

Well if I am perfectly honest, I probably wouldn’t have even been Lyon if it were not for Josh_MU so a shout out has to go to him for helping me pick my team as well as helping with the title of the story!

Anyway, on with my mission. To make Lyon the greatest team in France once again. Once possessing the likes of Michael Essien, Eric Abidal and Karim Benzema within their squad, Lyon were the best team in France until their streak and constant dominance came to an end in the 2008/09 season. Since then the rise of Paris Saint Germain have put them further beneath the rubble in terms of title challengers but now I am determined to bring glory back to the club as well making them competitive on the European front too. For this story I will be using iconic former Brazilian attacking midfielder Antônio Augusto Ribeiro Reis Jr. Or as he is known to me and you, Juninho. Renown as one of the greatest free-kick takers of all time, Juninho enjoyed the best time of his career at Olympique Lyonnais. He played a significant role in helping the club to seven consecutive Ligue 1 titles before leaving in 2009, while scoring 100 goals in 350 games. He retired in February of 2014, finishing off his playing career at Vasco da Gama but is now looking to forge a successful managerial career at beloved Lyon.

Walter
7 years
First?!?!? Yay, a pompey story I can follow from the start

Zed
7 years
What a choice of manager! I used to love this guy, he was soooo amazing

This should be good with the likes of Umtiti, Grenier and Lacazette emerging
Login to Quote

pokarioboy
7 years
Another pompey story? Awesome. Goodluck with it, I will be following

The Madridista: Thank you!

ASR-PSV: I think we all loved Juninho, his free kicks were insane. Cheers

P-KIDDY: Yeah, got some good players to work with here but the squad does need improving regardless. Cheers buddy.

fzemdegs: What you saying? I'm much better than Neal!

jk, I could only wish to be as good as Neal is at story writing!

pokarioboy: Yep, another one. Appreciate the early support

TJFFC: Thanks mate.
Login to Quote