The One With The Pimp 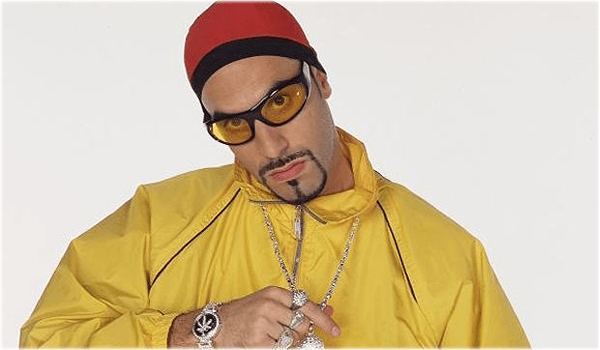 I exited the press-conference room after my first interview as manager. I made my way towards the canteen where a fresh batch of piping hot enchiladas were being served. I got myself a plate of this Mexican delight and partnered with a low-quality coffee, I dug in to my lunch on my own at one of the benches. Although I was not alone for long as out of the corner of my eye, I spotted a person walking towards. Well, it wasn't exactly walking. The man flailed his arms and dumped his shoulders from side-to-side as he made his way towards me. He donned a baggy tracksuit with muddy high-top trainers, a beanie that looked as cheap as Tesco-value bread and two fake gold chains hung from his neck. He was the spitting image of a stereotypical pimp and on his tracksuit top was the writing 'Paukerlicious'.

The pimp reached my bench and looked around anxiously before sitting down in front of me. A distinguishable odour of stale cigarettes and cheap beer hit me and I tried my best to not grimace in his presence. He leaned across the table and began to speak in one of the worst fake-London accents I have possibly ever had the displeasure of hearing.

The Pimp: "Whaddup fam my name is Ali P, yo. You is that prince guy who we is all hearing about innit. Yo wife puts the sex in sexy, dawg. If you is looking to please yo wife I would tap that hoe, man. Just ring me up and I is there, I tell you I is there. And if you is lookin to please yo self I has the sexiest bitches in Brighton. I swear only two of them has them std's innit. You can have Mia my own sexy bitch innit. Just call my number fam and if I is trippin then Momma Pauker will answer innit.

Man yo ride is sweet, I want me one of those Mercedes. Imagine hot boxing in that thing yo. Yo be having all them bitches innit. Anyway man I is not here to talk about yo money and car man. I is here to serve you innit. I is yo eyes and yo ears here in Brighton. If yo neighbour queefs I is hearing it man. Man I is hearing everything there is to know. I is working for free for you, dawg. If I hear anything you need to know I is bringing it to you. You can trust me fam innit.

Now I is busy and I go now. Christina my bitch is waiting for some lovin from the Little P. I is cruisin man just type in dem digits when you is lookin for me and I is right here. Two words for you man. Peace ou' biatch."

I was left speechless as Ali Pauker departed from the canteen, with 'Turn Down For What' booming from a hidden phone. He seemed an interesting character, although not one for a prince to be associated with. Little did I know that he would play a significant role in what was to come.


NOTE: The bad spelling and grammar is intentional.

Loving all the Pauker references

Loving all the Pauker references

Ziechael
8 years
A twist in the tale... it's lie i always say, every story needs a good weird pimp like character...?!

Next instalment please!!
1
Login to Quote

Ziechael, there is more to come! 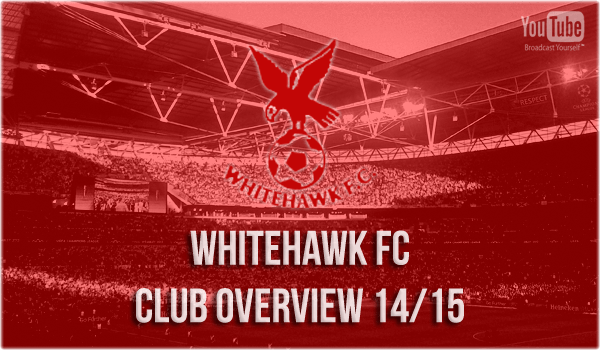 So this will be an overview of the club which I will do once every five seasons, to show the (hopeful) progress that has been made by the club. This will include a general history, a few key names and a look at the club's facilities, etc.


So, that's really it for this basic overview of the club. Hopefully we can add plenty more trophies to the club! Next is a full squad overview and a pre-view of what we plan to do during our first pre-season.

Previous Update: The One With The Pimp
Next Update: Season One: Squad Overview
Login to Quote 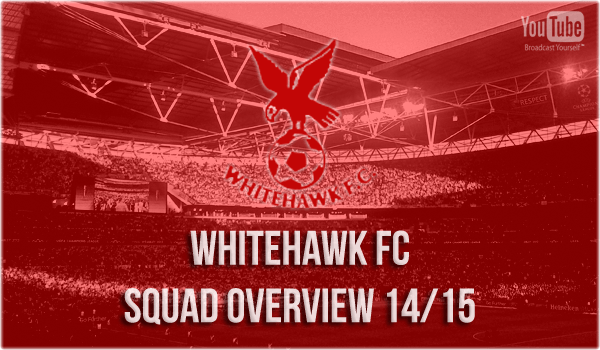 So this here will be an overview of my squad which I will do every season. This season, I will post the overview as it is on day one. From Season Two onwards, the overviews will be from the day before the seasons start. 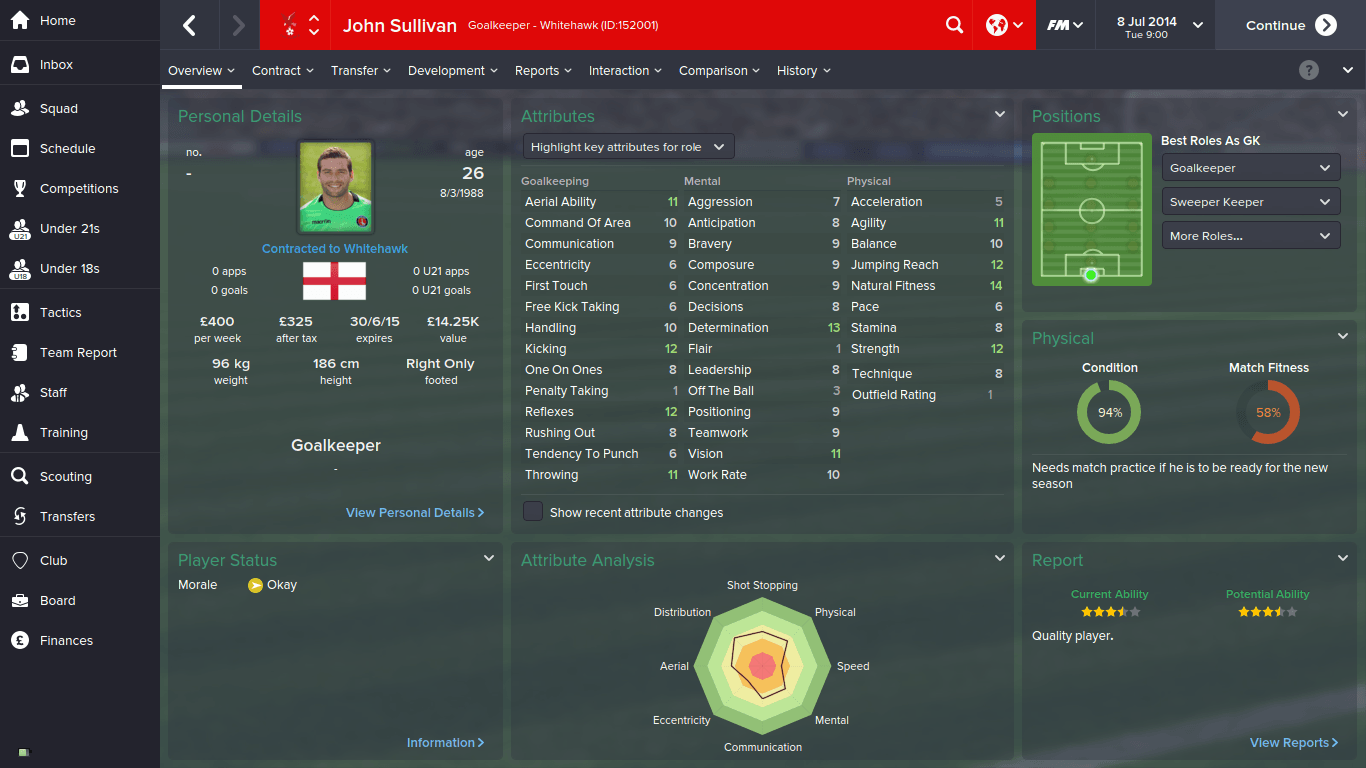 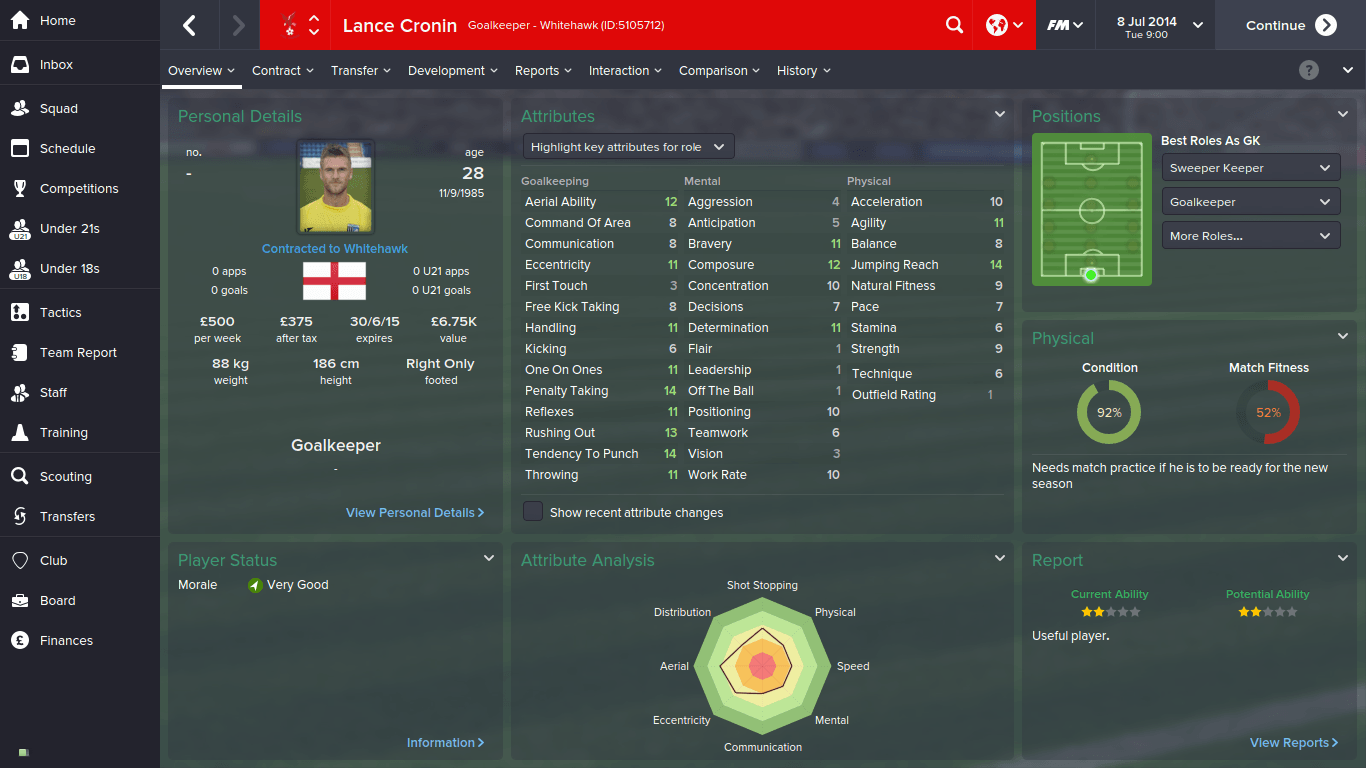 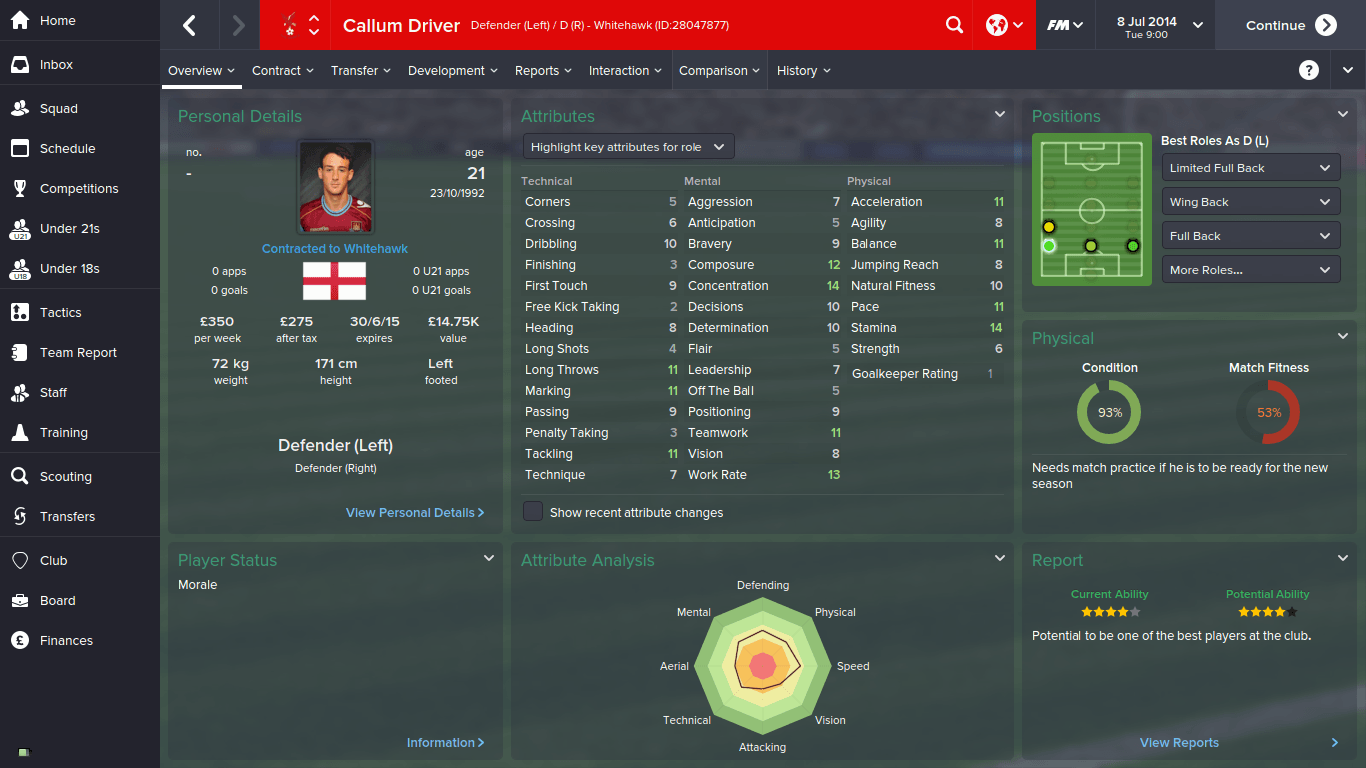 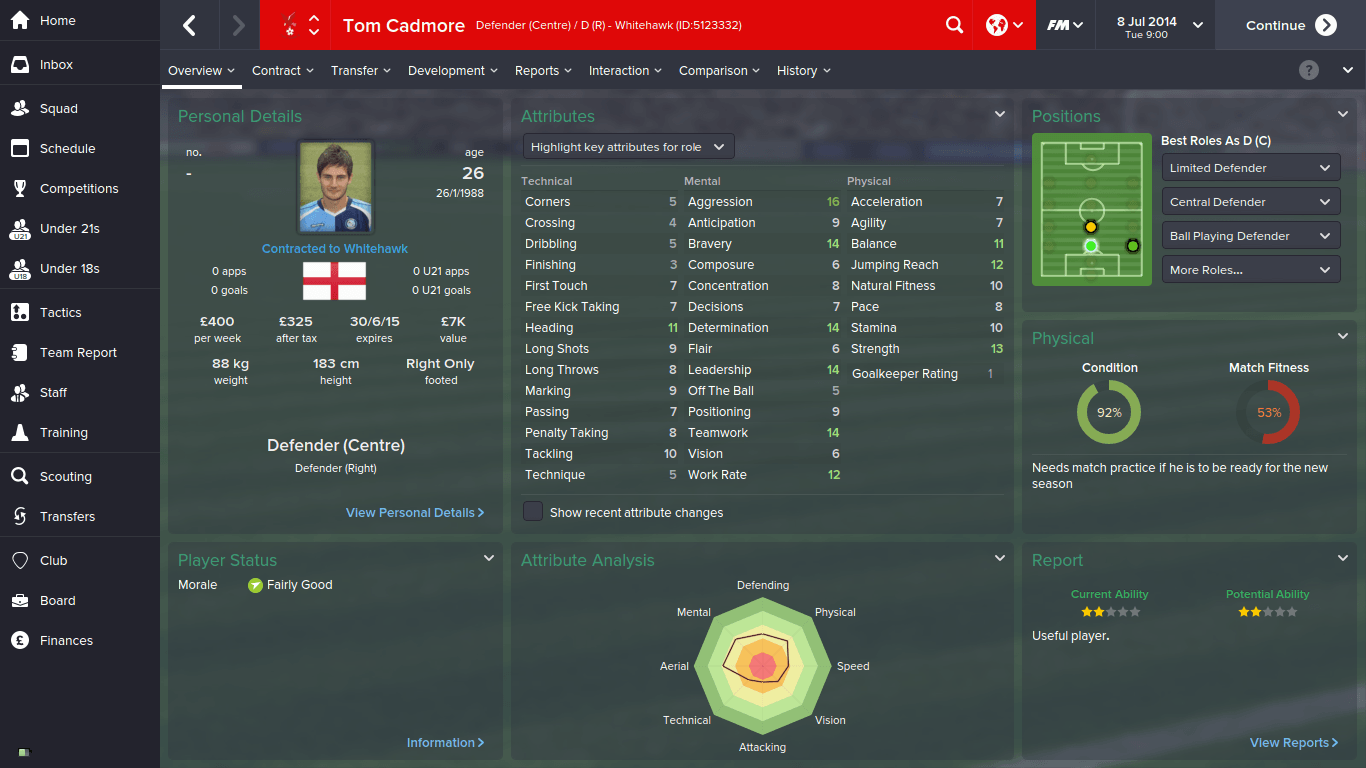 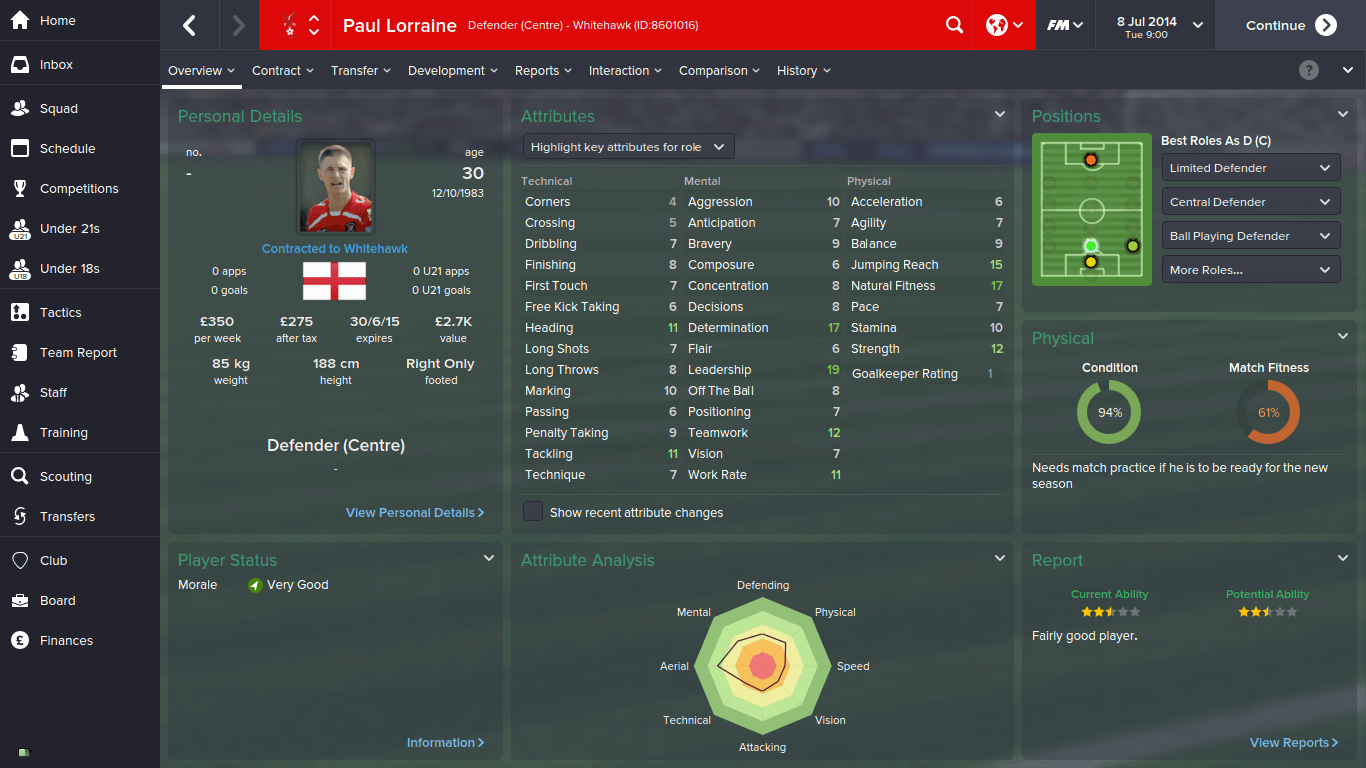 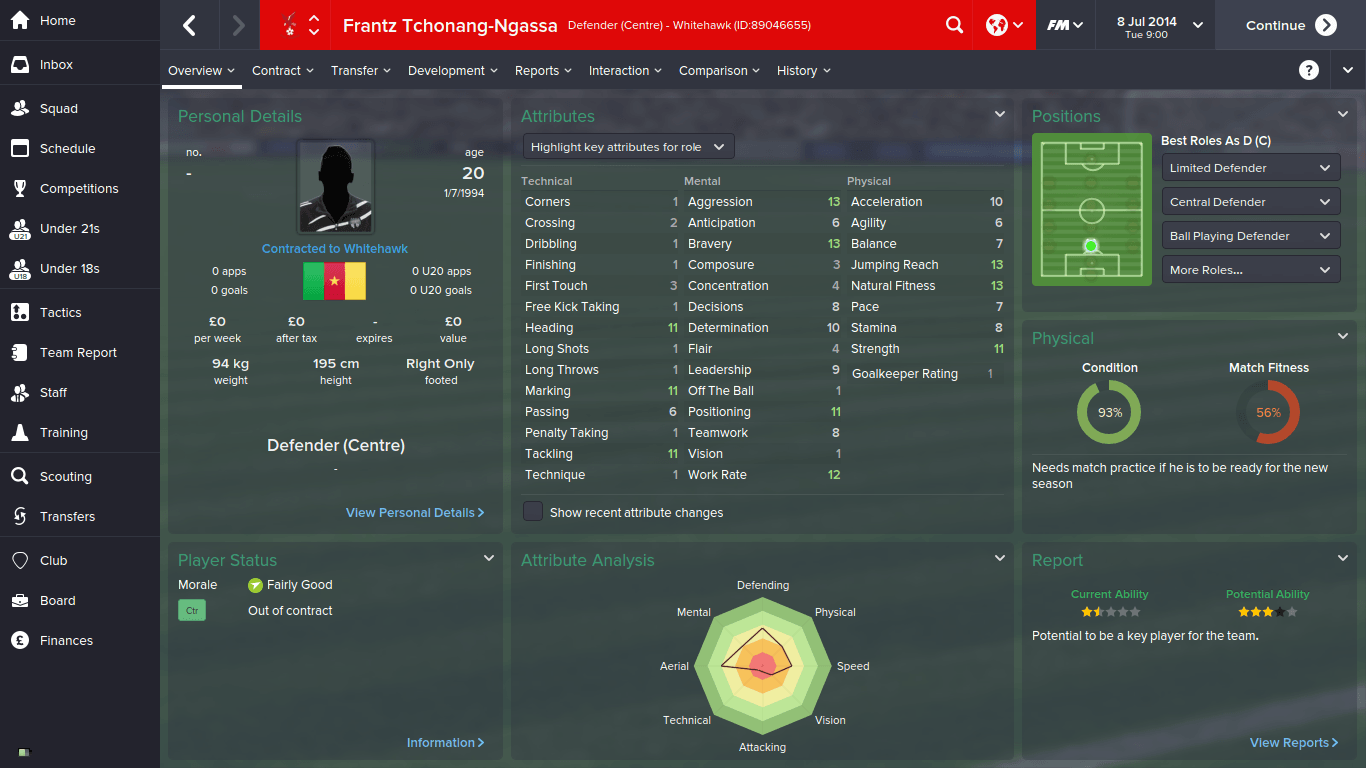 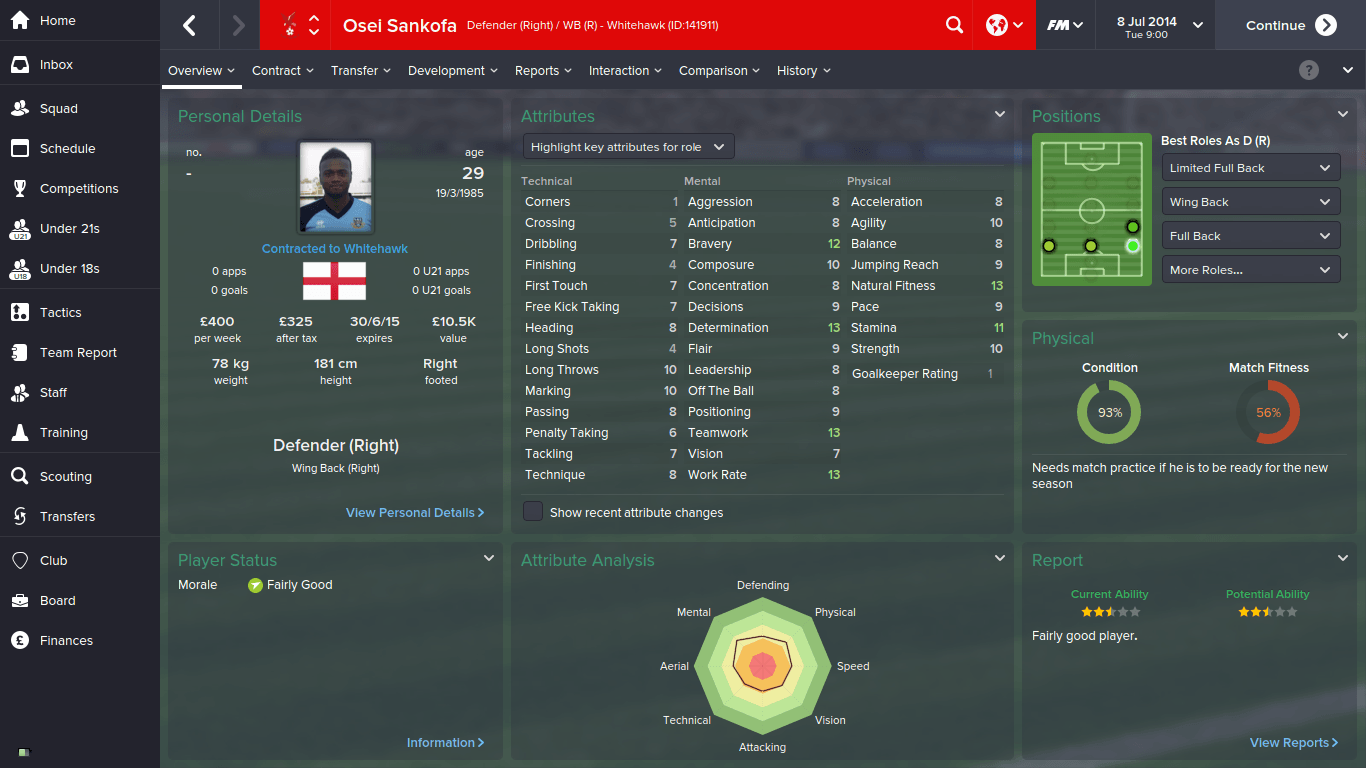 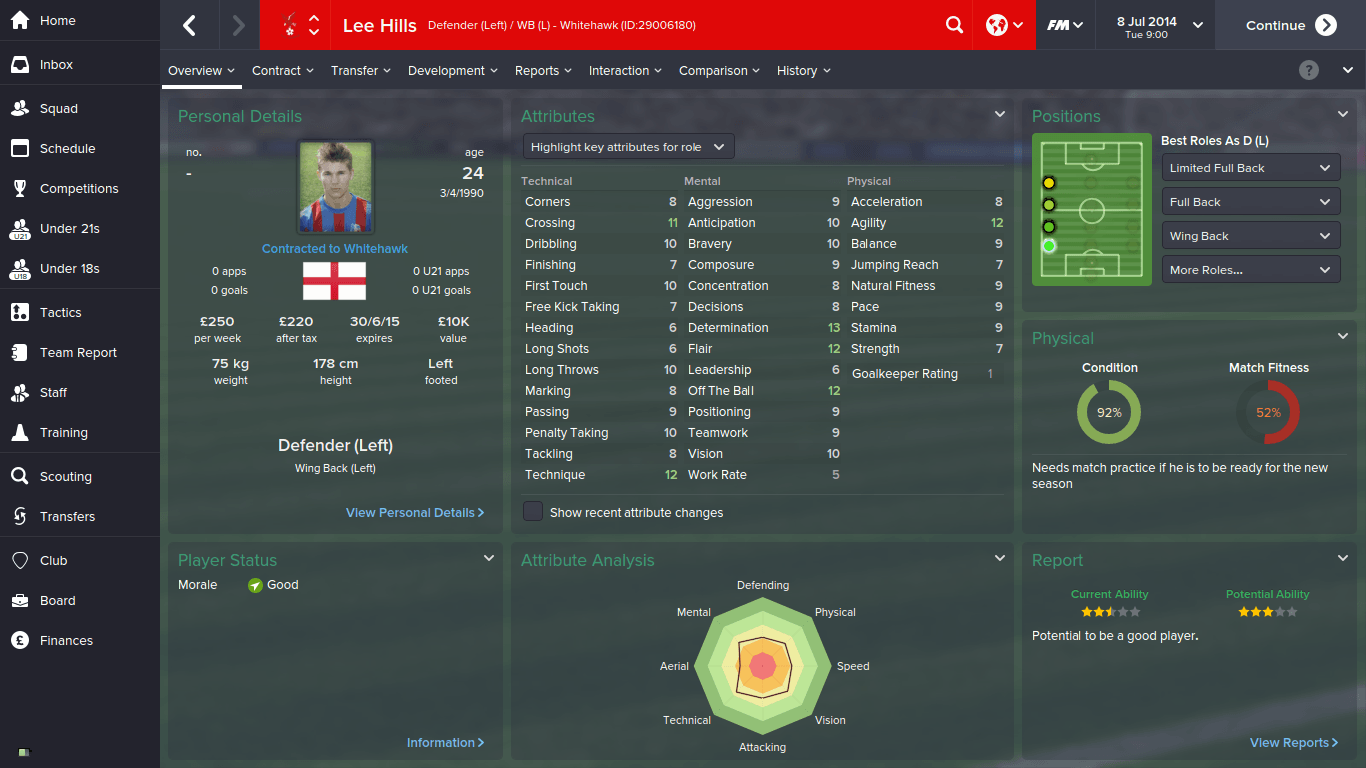 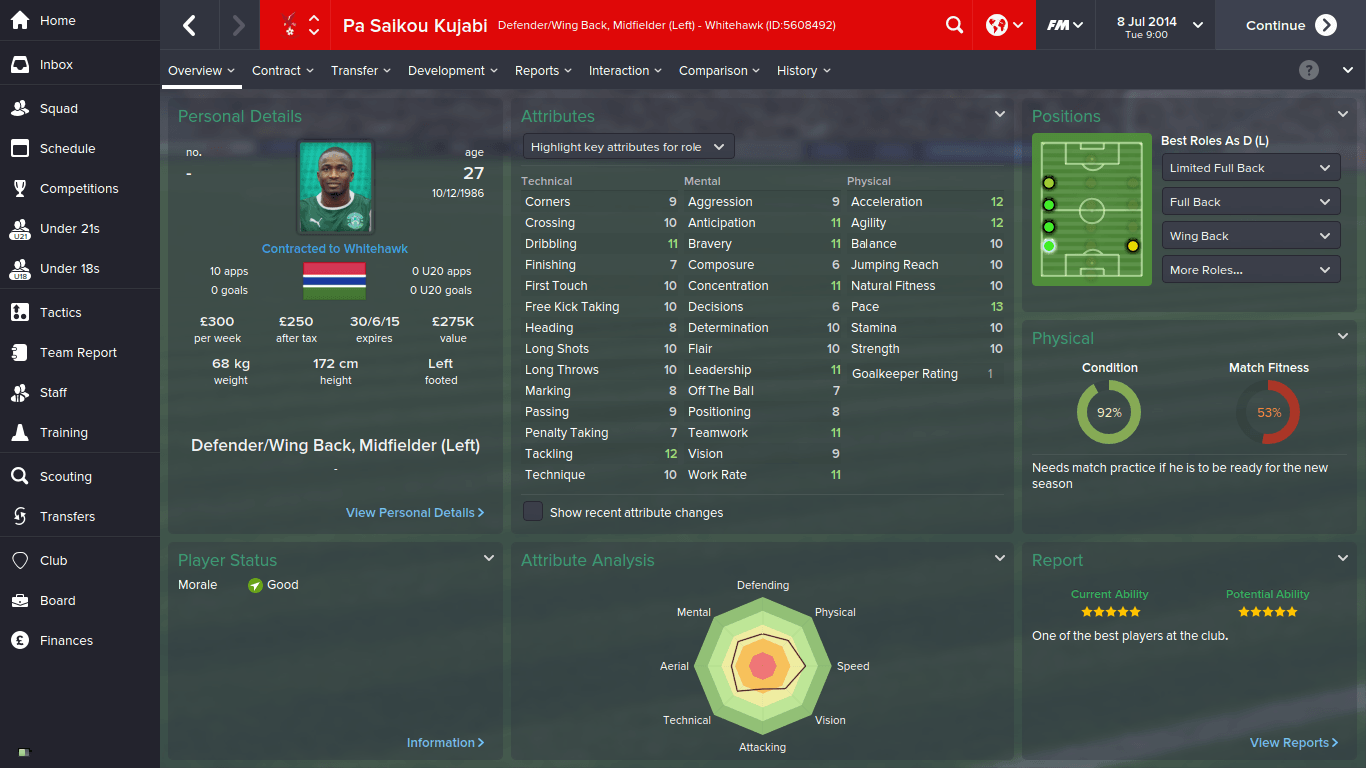 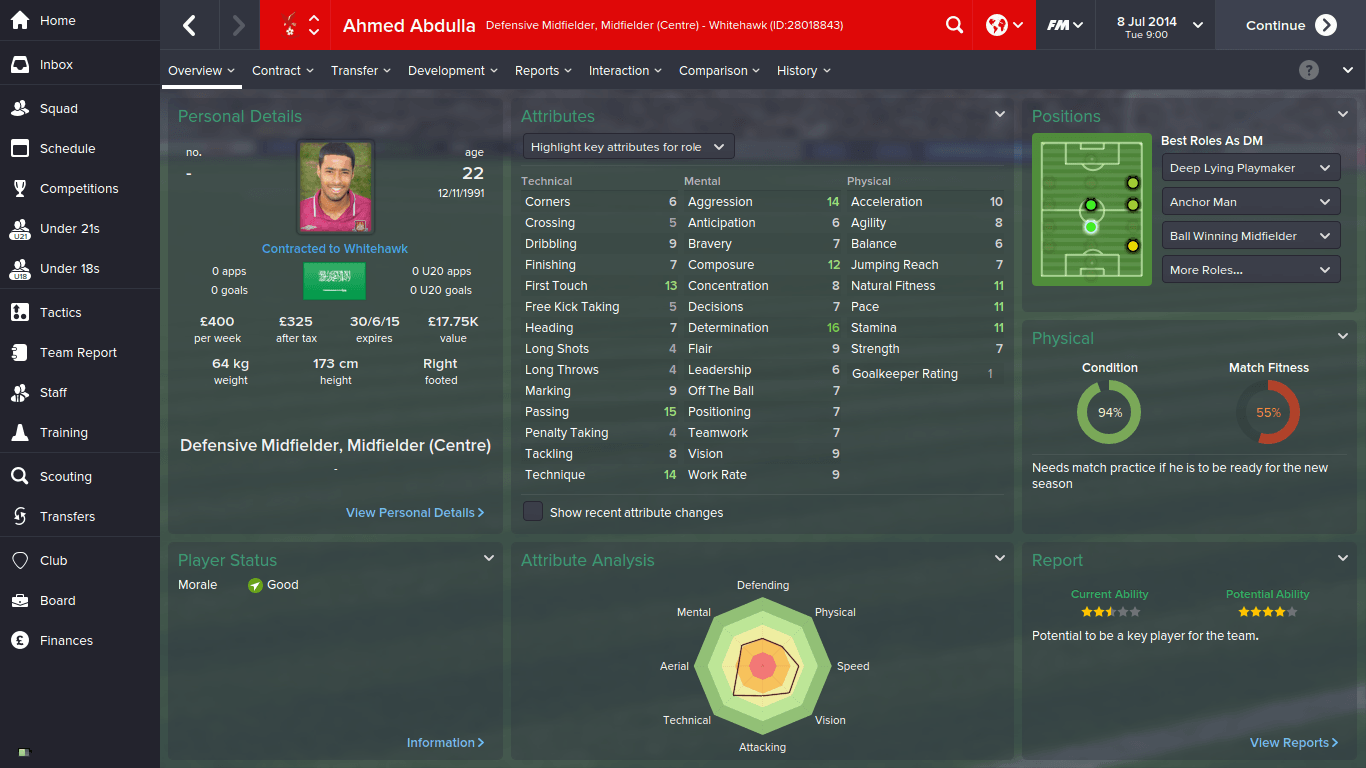 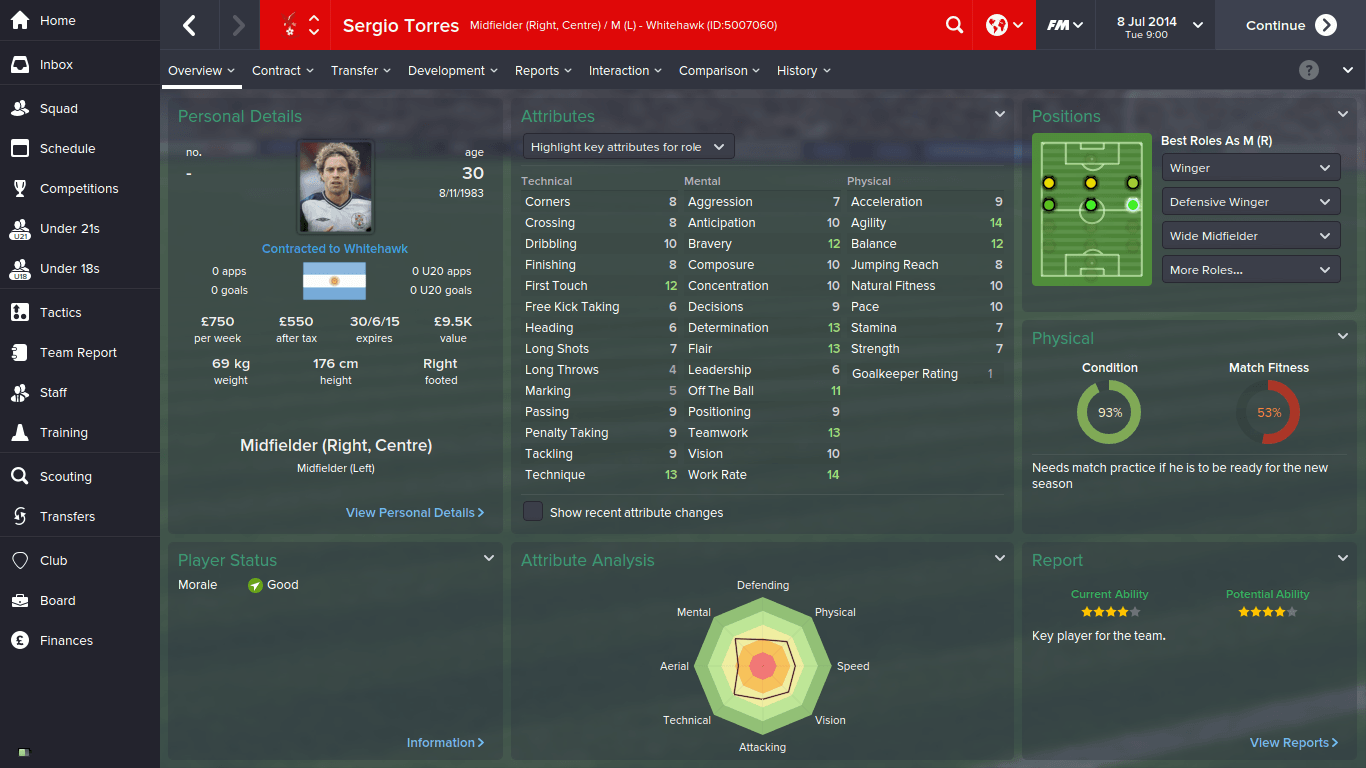 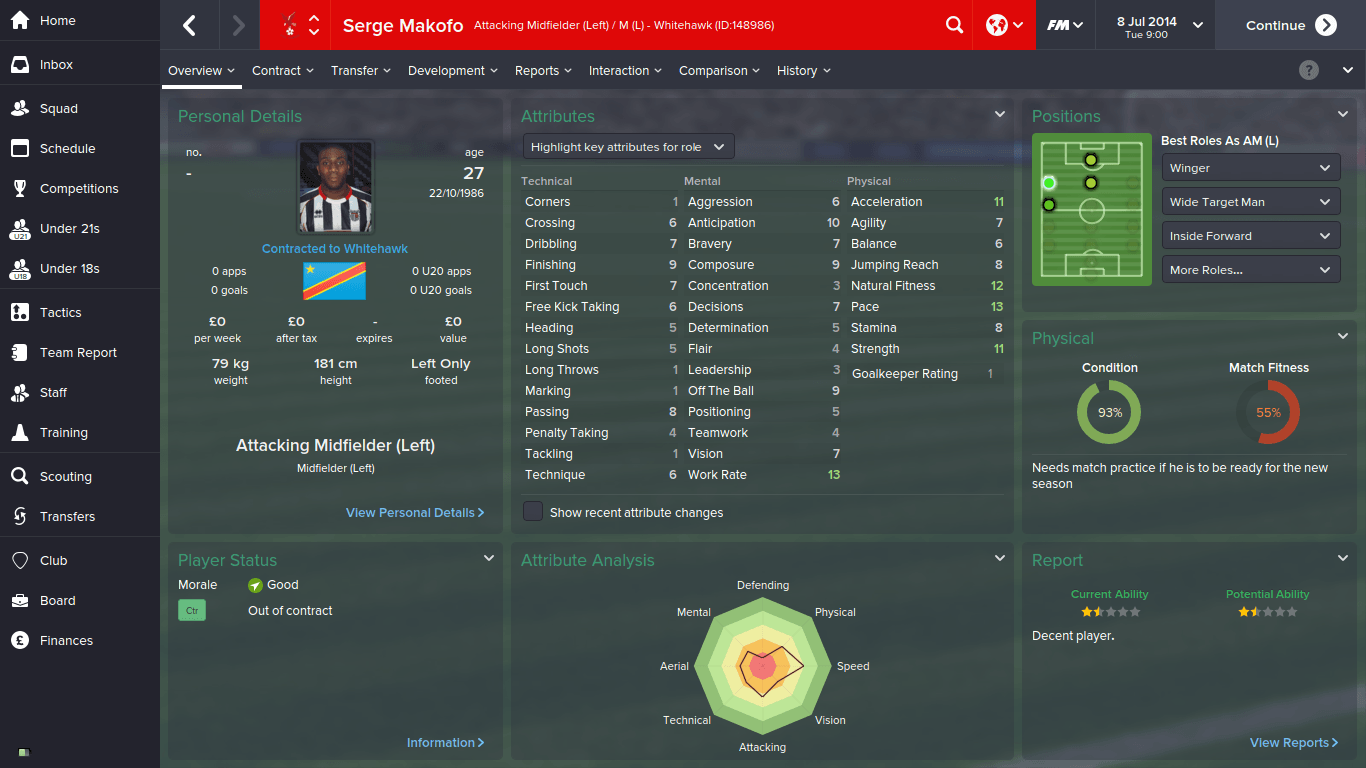 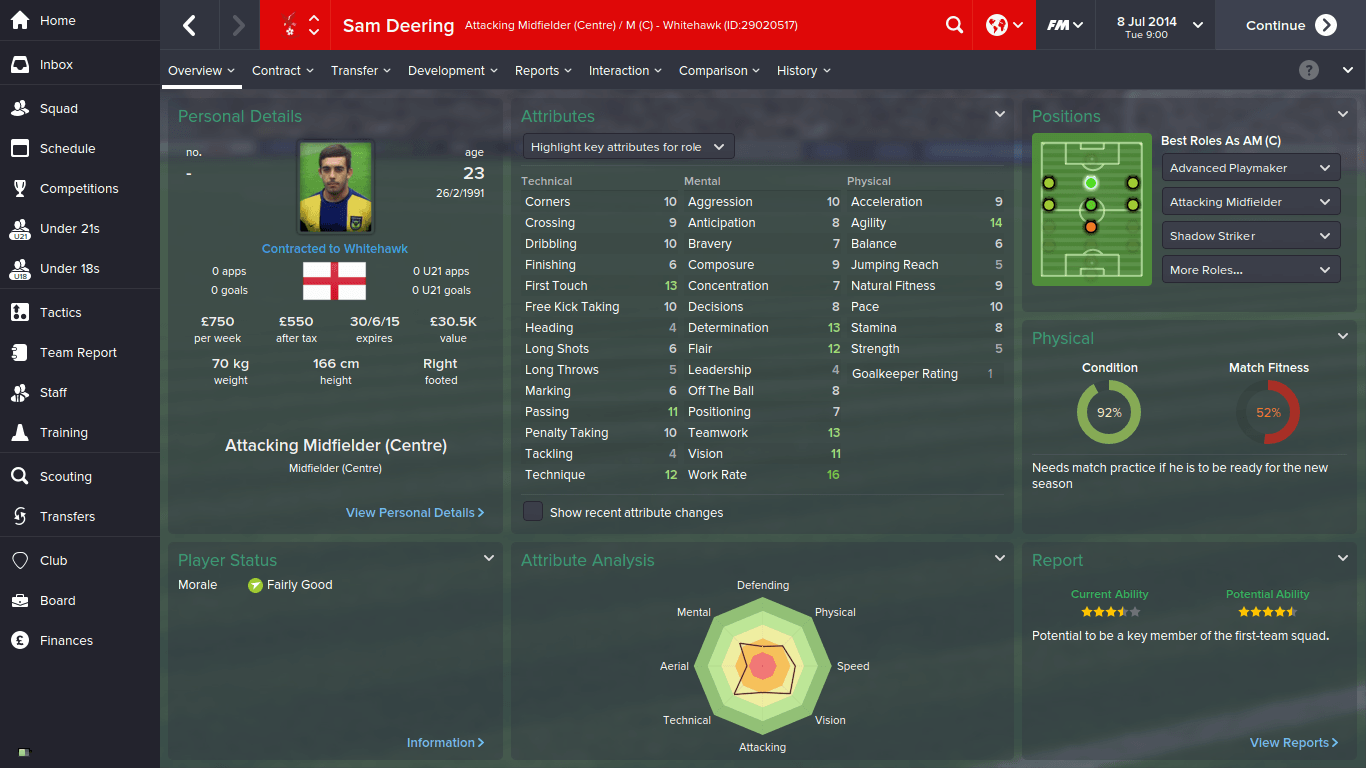 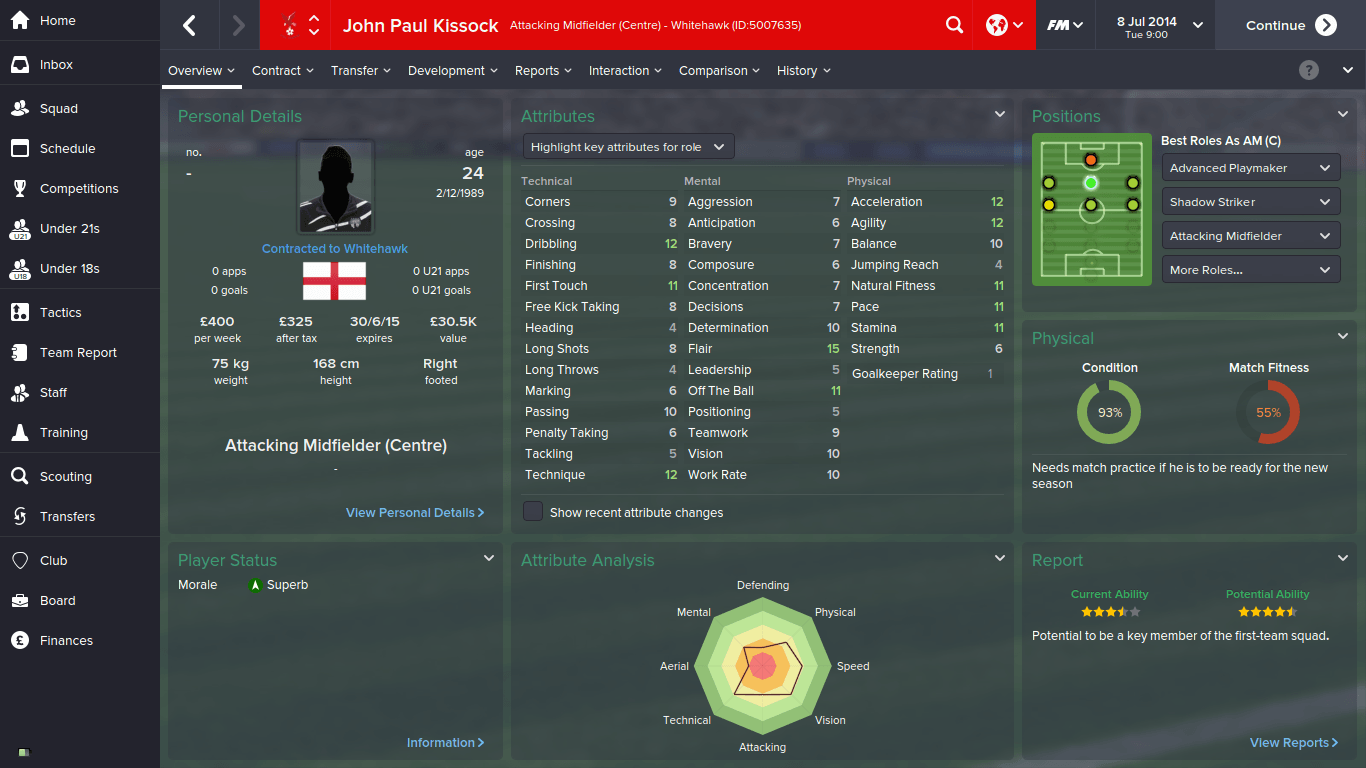 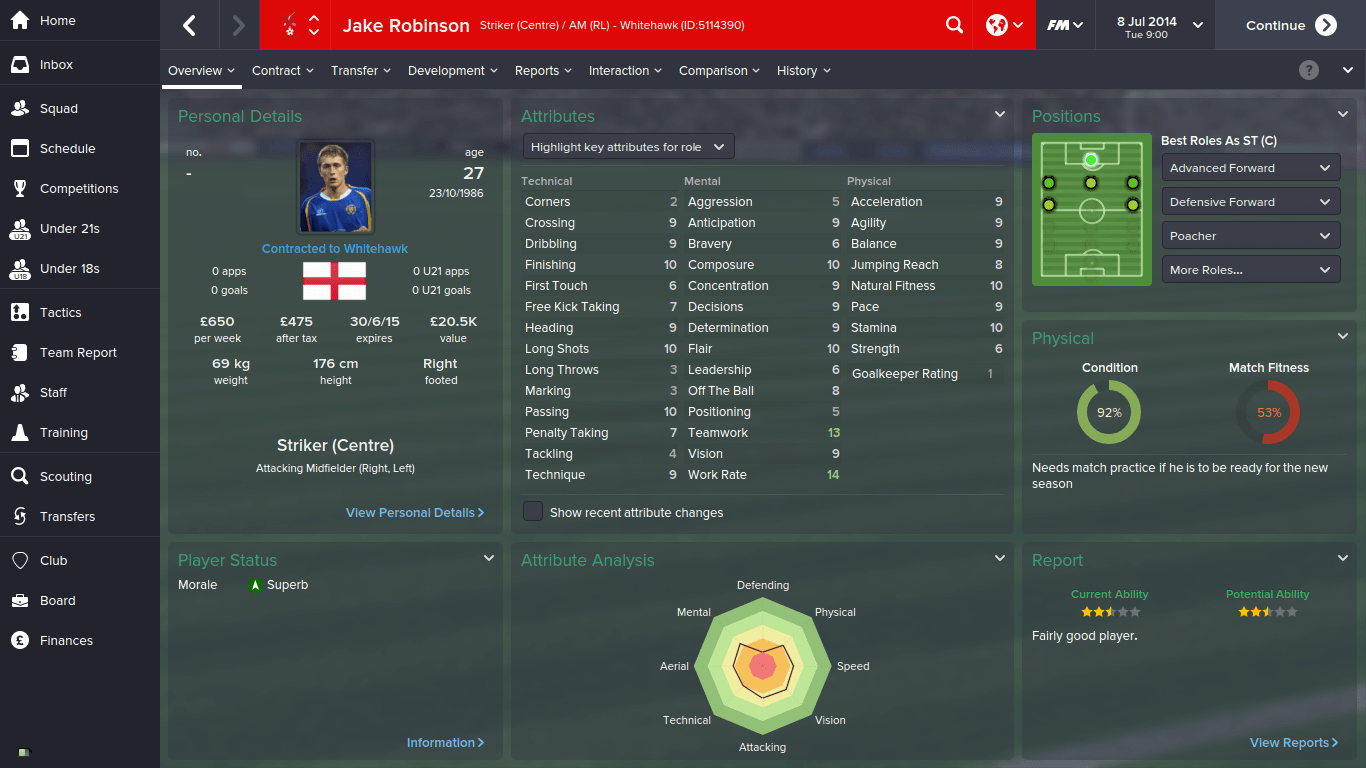 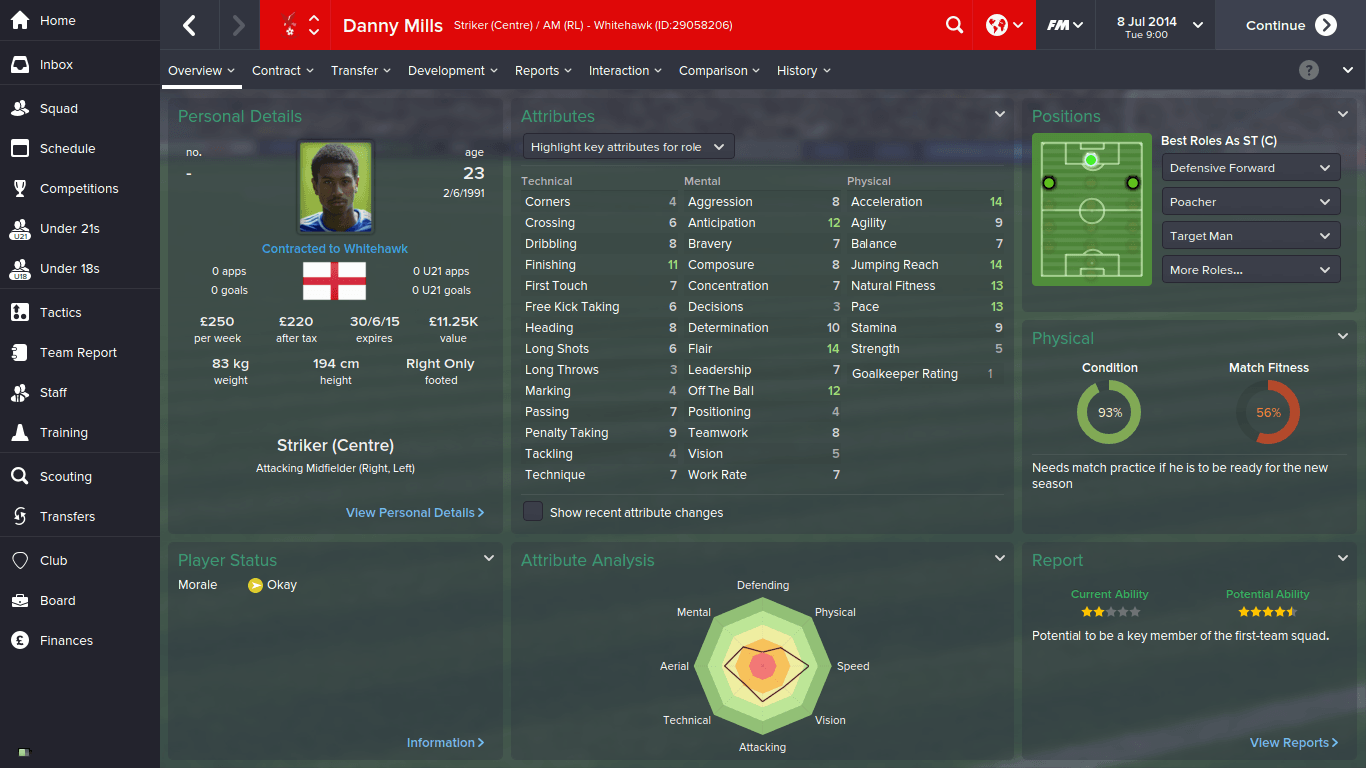 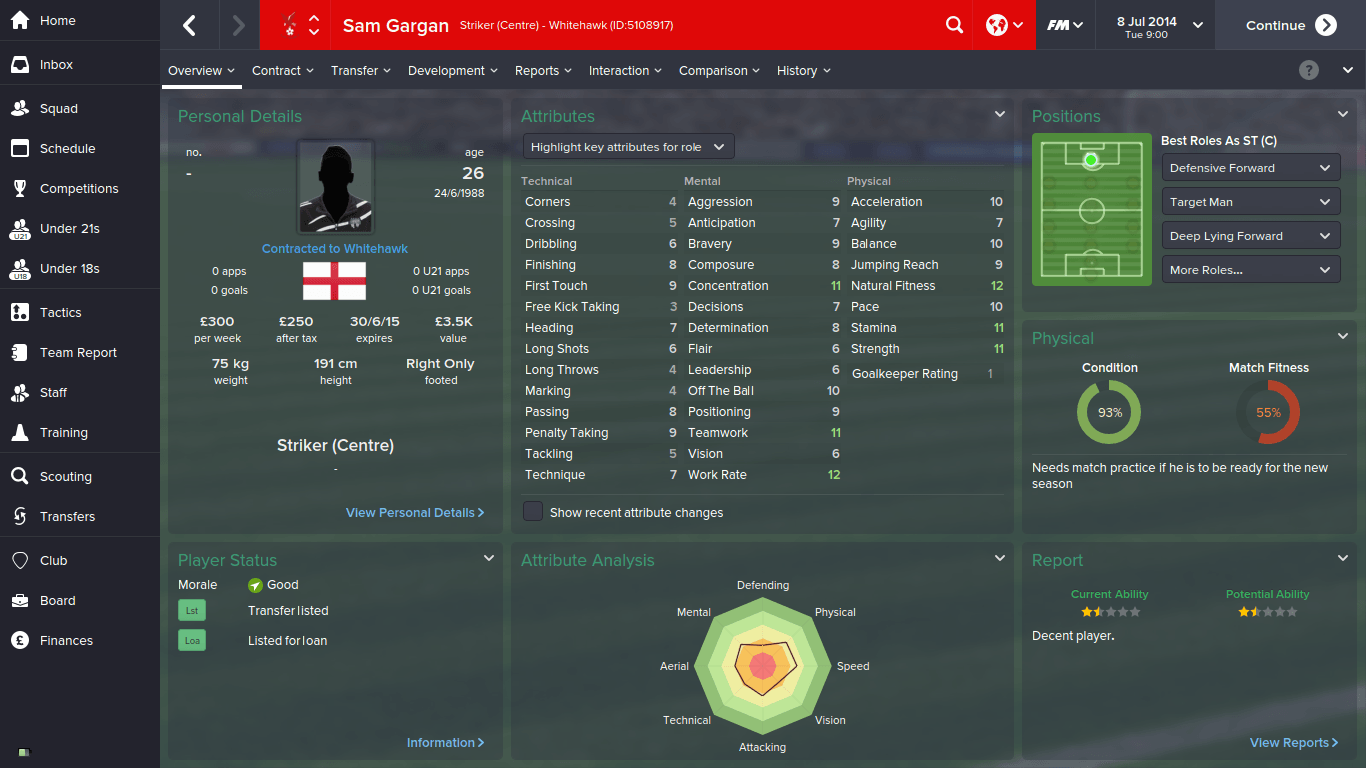 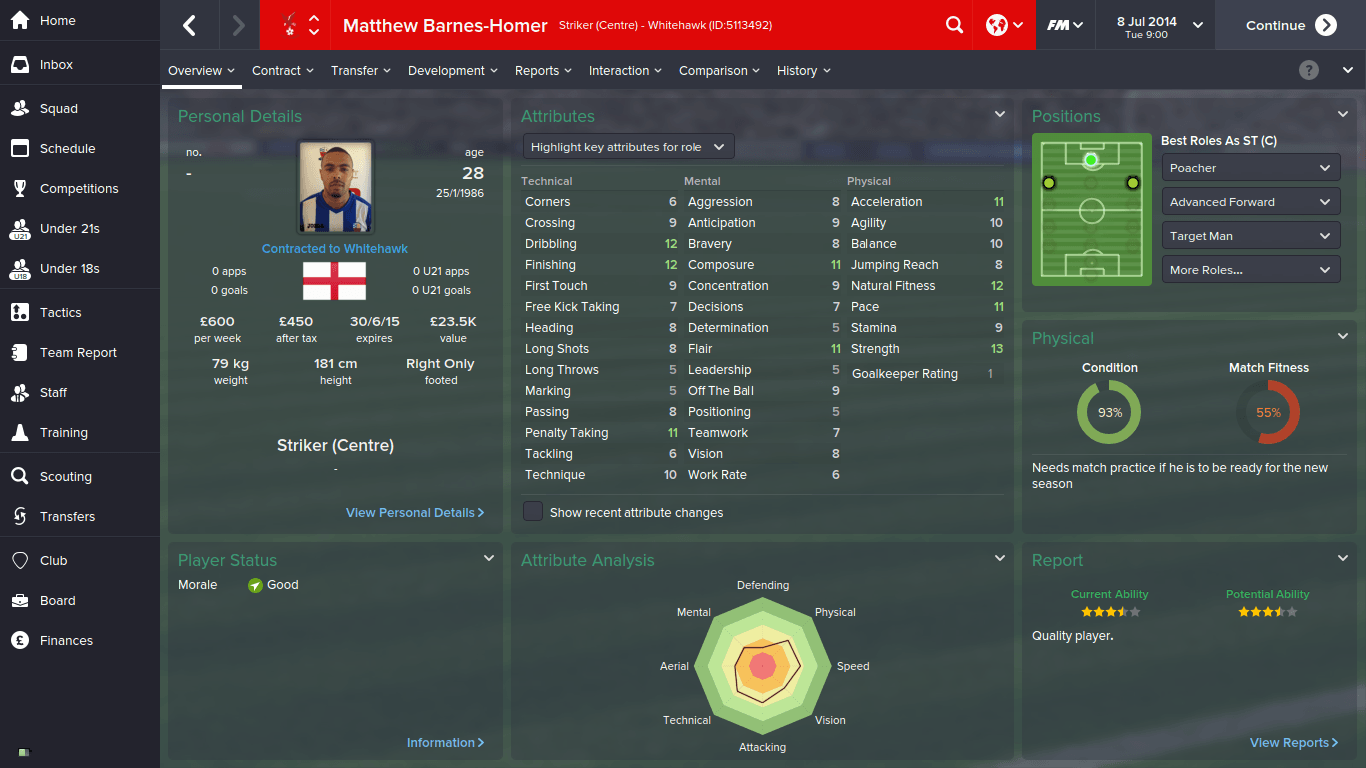 So that is the squad overview. Now that you have a reasonable understanding of the squad and club, it is time to progress with this story and the save! Next up is the Prince's first encounter with his new squad.

Josh_MU
8 years
Some good players in your squad there! As you mentioned, Pa Saikou Kujabi looks a great player, if I were you, I'd probably cash in for him ;). Nevertheless a great update!
1
Login to Quote

Justice
8 years
Josh_MU, yeah nobody is bigger than the club and the money that could be earned would be amazing for us!

No1VillaFan, thanks, hopefully we will do well! 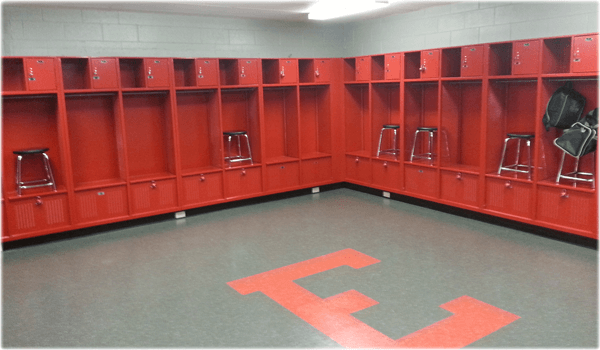 As I approached the dressing room, I heard a the feint sound of laughter behind the door. A joke of good humour had been thrown around. A smile grew across my face. These were humans who I was going to work with; not robots, not politicians, but real-life humans with feelings, emotions, dreams, fears, relationships, hope, and desire. Their first impression of me, and my first impression of them, would define what was to come out of the season ahead for Whitehawk Football Club.

I opened the door to be greeted by a round of applause and cheers. A man stood up and shook my hand, introducing himself to be Paul Lorraine, the captain of the team. He spoke with confidence, authority and experience. He was a natural leader, one who was well picked out by the former manager Steve King before he resigned. He introduced me to each player before taking his place on a bench in preparation for what I had to say to the players. Any nerves I had were washed away by the sheer awesomeness of Paul Lorraine. His confidence and professionalism echoed through the changing room and rubbed off of everybody near him.

Prince William: "I don't think I need to tell any of you what I am. Yes, I am a prince and in the line for kingship of England. I have travelled across the world to visit royalty and power more frightening than anybody's worst nightmares. I have combated the evils in society and made allies in former enemies. I have seen it all, as far as politics is concerned. I'm a servant of the country, that's what I am.

But that's not who I am. People get this impression that I'm only interested in my own world as a prince, but I'm not. I'm a football addict and I want to win trophies. I want to become the best of the best and bring this country, and this club, with me. The pinnacle of world football is where I want to be at one day, and I want you guys standing alongside me, celebrating our success. After all, we're in a competitive sport, aren't we? Look around you, is there a single person here who is not upset after not winning a game, no matter who you play? Who here is happy when you win? We want to be the best, we want to win everything we can. That's only human, but we're human. So we must follow this unwritten law.

I can see a hunger burning inside of you all. Yes, a lot of you only joined the club recently while Steve King was still in charge, but you already seem to understand the club ethos none-the-less. We want to be successful, but we will not sacrifice our principals in the process of doing so. We are hungry to win, but we must remain dedicated to the cause, creating a positive atmosphere here. We all love football. Whether that's you guys playing it or me managing it, we all share a love for the game. I want us to keep that love and let it drive us forward. If we remain committed to our love of the game, and to each other, we can be the best in the world.

I know that things will be difficult at first but I have a lot of faith in you guys and I hope that you can all have faith in me. We are going to aim for promotion to the Vanarama Conference Premier this season and while it might seem like a difficult objective to accomplish, we have the skills and the mindset to do it. So, from this day forward, let's give nothing but one hundred percent to make that happen!"