Inquisition
5 years
always a tough one to take when you win the second leg but dont win the competition. but with a start like that im sure Michael Laudrup will take Atletico onto amazing things

Aaron
5 years
You know what really grinds my gears? Away goals. Always getting up in Neal's face and pushing him away from success.

Fuckin' away goals.
Login to Quote

Neal
5 years
P-KIDDY: Sod off you Madridista wank-- yes quite a tough result, that

pompeyblue: Aye, we gave it everything, and though we won the day we couldn't win the trophy. Very promising signs for the season that we beat them!

AaronHJFT96: Tell me about it 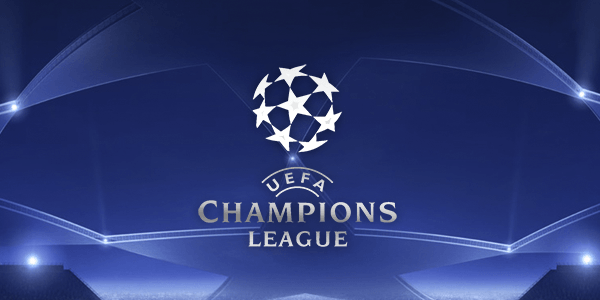 This evening in Zurich, Switzerland, the European federation held it's annual UEFA Champions League and Europa League group draws. Michel Platini, assisted by legendary Ukrainian striker Andriy Shevchenko, drew the 32 Champions League teams into 8 groups which we will detail for you today.

Group F is undoubtedly the big-name Group of Death. French champions Paris St.-Germain, Brian Laudrup's new look Borussia Dortmund, and English giants Arsenal are joined by Sparta Prague in what should be a brilliantly contested group to see who can make the knockout stage and which household-name team will be heading home early.

Group G also has quite a bit of star quality. The champions from two years ago, Bavarian powerhouse Bayern Munich, are joined by Europe's perennial underachievers Manchester City and Italian outfit SSC Napoli. All three clubs will have aspirations of advancing, with Maccabi Tel-Aviv hardly even daring to hope for a Europa League spot.

Reigning champions Real Madrid will have a tricky group to navigate as well, battling Max Allegri's Juventus, CSKA Moscow, and Dutch side Feyenoord in what could be a surprisingly tight Group C. Though Los Blancos and the Old Lady are the heavy favorites to advance, away trips up to Moscow in the winter are anything but simple.

Real Madrid's city rivals and last year's runners-up Atletico Madrid have a rather simple time of it in Group E. Amsterdam's pride and joy Ajax will be their greatest opposition, with Zenit St.-Petersburg and Ludogorets hoping beyond hope to scratch out that second spot and make the knockout rounds.

It's bound to be one great tournament. The full groups are as follows: 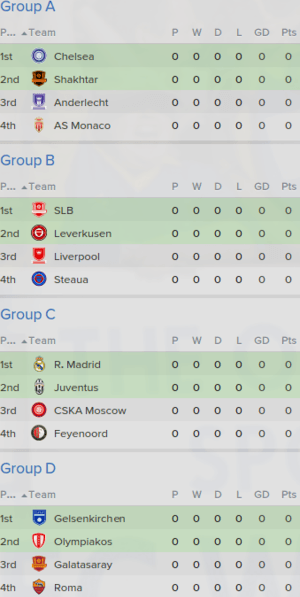 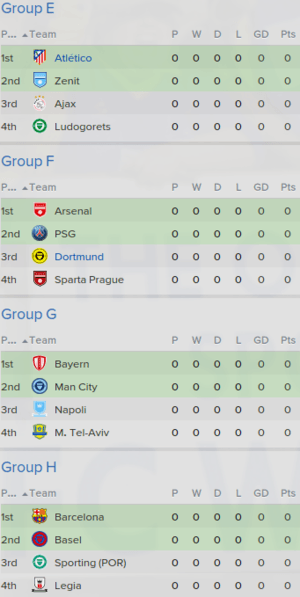 Oz96
5 years
Beautiful story so far, I admit I am an addict. Your writing is fantastic, kudos.
Login to Quote

Neal
5 years
Oz96: Wow, thanks so much man! Really glad you're enjoying it so much, I hope you continue to enjoy as the story goes on

P-KIDDY: Arsenal could be tough opposition but I think, as usual, we'll steamroll them


This is the first monthly report of the story, covering August for both Borussia Dortmund and Atletico Madrid in order to be most efficient in keeping you all up to date in terms of fixtures and results! This little note is just an introduction, so let's jump on in! 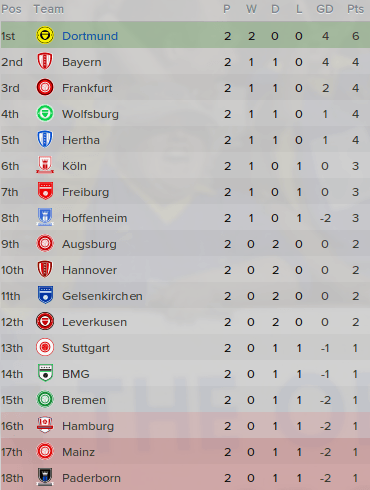 We got off to an abysmally easy start to our season after the DLF-Supercup against Regional Division Southwest side Homburg in the first round of the DFB-Pokal, commonly known as the German Cup. It was the day before the transfer request of Mats and Jakub, so Hummels played that game and managed to score an early penalty as the goals went flowing.

Scoring thirteen goals in your first three games is always nice, and that's what we did as we continued on to steamroll Koln and Paderborn, both expected to finish very lowly in the Bundesliga this year. The two wins left us tied atop the table, and, though it's very early going, it's always nice to start positively.

I was very happy with the variety of goalscorers we had, with nine different players scoring. Hnerikh Mkhitaryan and Pierre-Emerick Aubameyang managed three each, while Kevin Grosskreutz followed closely with his two. If we continue in this vein, no defense will be able to hold us back. 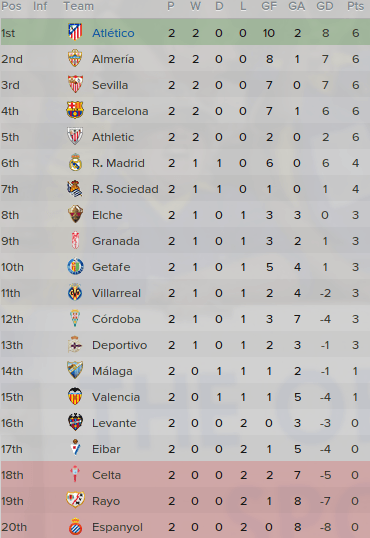 The results won by Michael's men over in Spain weren't all too different. Despite not winning the Supercopa, I personally was ecstatic that we beat Real Madrid and showed that we will be competing with the big boys again this year.

Scoring ten league goals in two games was a wonderful thing to watch for the fans and for the manager. Michael managed to shock a lot of people by lining up in a 4-4-2 in both league matches and encouraging a rather direct approach, hoping to maximize the effect of Mario MAndzukic and Mattia Destro playing together as a strike partnership.

This worked superbly, with Mandzukic picking up three goals and Destro getting four including a wonderful hattrick against newly promoted Eibar. Unfortunately, our very next game is, yet again, away to Real Madrid, and thus we will play them three times in the first five games of the year. Until then, we remain atop the table. Our first major La Liga test is looming.

Zap
5 years
Both top, super start! You even dumped on Koln and I love for you for that!
Login to Quote

Verdinho
5 years
Poor Hamburg, being stepped on from the word 'go'. At home too!
Login to Quote

Jamesg237
5 years
Brilliant starts to both seasons but that Hamburg result really stands out! Keep it up the great story writing!
Login to Quote

pompeyblue
5 years
Great start to the season with both clubs Neal, with some brilliant writing in the updates too!

JasonRM: Thanks, we're off to a brilliant start

Jamesg237: Thanks James, yeah it was an easy game but the team definitely showed up and played their best football from the beginning