Neal
7 years
Feliks: Maybe he'll give Messi and Ronaldo a run for their money this year

walkinshaw: It'll be a really tough test but I think, if we carry over this form, we could surprise a few people

AaronHJFT96: Yeah, it was a real kick to the teeth, but I think it'll inspire us to do even better during the real season

P-KIDDY: We have a lot of tall players, so I think we'll be a big danger from crosses and set pieces. Hopefully we can make the most of them!

pompeyblue
7 years
Another classy update Neal, and a great pre-season!
Hopefully both Dortmund and Atletico will have great success this year, with you as manager, anything is possible.

Neal
7 years
pompeyblue: Thanks Josh!! Yes, I think it'll be a great year for my two teams


I never realized how much work was put into being a professional manager. Sure, I figured the work load would be a lot, but this was beyond anything I'd expected. After another hard day of preseason training, even as a coach, I was exhausted. I was hardly paying attention to the scouting reports on my desk, flipping through them listlessly and wistfully gazing at my empty mug of coffee.

As I began to doze off, and my eyes began to droop, I heard a sharp rapping on my door. I quickly shook myself awake and called out, "Come in!" In stepped Mats Hummels and Jakub Blaszczykowski, neither of them looking altogether too pleased with themselves or me. They walked up to my desk and stopped, staring at me silently.

I smiled at them uneasily, wondering what this was all about. I was quite worried; Mats especially was one of the best players on the team, a brilliant player and yet also a loyal and confident captain (my predecessor's selection). I asked them what was up.

Mats spoke up. "I'll cut straight to the point, Brian. My agent has told me that Barcelona has made a bid for me, and that you rejected it. It's always been a dream of mine to play for Barcelona...surely you understand."

So much for loyal. Captain fucking fantastic, I muttered under my breath, before riposting, "Understand what? You are our captain, Mats, and one of our very brightest. I can't sell you, and you know that!"

To my utter disappointment, Mats just shook his head. "I'm sorry, coach. I know that I'm the captain, but this is a once-in-a-lifetime opportunity, and one that I intend to take. Please don't try to stop this, because I am leaving."

I was angry, now. I stood up, sending my rolling chair backwards in my suddenness, and began to open my mouth to yell some sort of assertive command back at my player. Just as the first word formed on my tongue, however, Kuba started speaking as well.

"Me, too, Brian. I'm out. I feel we have too many players in my position for me to be a first team player, and if Mats is leaving, I want to go to. At this stage of my career, I want to be playing regularly, and I don't see that happening here."

I couldn't believe what I was hearing. I simply stood there, hunched over, palms against my desk, gaping at my traitorous players in an incredible burst of frustration and rage. My mouth was open, but I was speechless. Never before had I been so disappointed.

"Well, we'll be on our way, coach," said Mats. "Thanks for your short time with us at the club, and thanks for ensuring that we will be leaving." The two of them began to walk away, but as they reached the door, I called out to them to stop, causing them to turn and look.

For a moment, I just looked at them, and then...

"I think both of you have forgotten what respect means, what loyalty means. This club is going places, and by God I'm glad I won't have selfish bastards like the two of you to bring us down this year. Until you're gone, however, you can go train with the under-21's."

They looked stunned, disbelieving that I'd snapped at them like this. Neither moved.

"Well? What the fuck are you looking at?! Get out, and never desecrate my office with your Godforsaken presences ever again. Goodbye, and good riddance."

Verdinho
7 years
Hummels is different gravy, but it's not like you don't have decent defenders anyway. Subotic and Sokratis should be a top duo, with Ginter as backup. Nobody cares about Kuba anymore

Zap
7 years
Woah that rage at the end! But too right, ungrateful bastards xD
Login to Quote

Neal
7 years
P-KIDDY: Yeah, we still have some good defenders, but it's tough to lose a team leader like that. And yeah, I didn't really need Kuba anyway

Feliks: Sorry mate, he asked for it

Zap: Lesson learned for you all: don't piss me off

Josh_MU
7 years
Jesus Christ, Brian is not one to mess with judging by his outburst at the end... It's gonna be tough without Hummels and Blaszczykowski.
Login to Quote

Neal
7 years
Josh_MU: If there's one thing that pisses Brian off, it's players showing a lack of professionalism and/or loyalty. It'll be tough, but we've got no choice but to get on without them now

Neal
7 years
pompeyblue: Gotta be authoritative sometimes to make sure the lads respect you 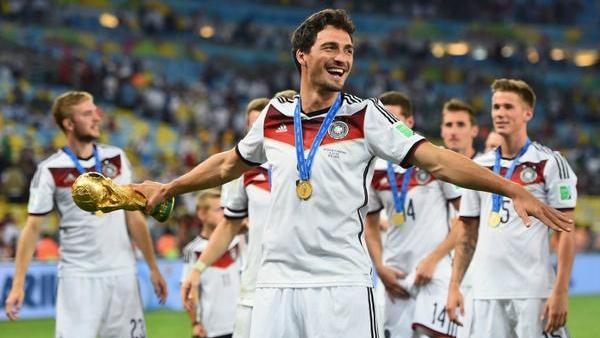 FC Barcelona have completed a €35M move for Borussia Dortmund's wantaway captain Mats Hummels. The center back, who won the World Cup with Germany this past summer, has signed a €275k per week contract through 2019 with La Blaugrana.

It's not been the most ideal starts for new Borussia Dortmund manager Brian Laudrup. Following a heart-shattering penalty shootout loss to arch-rivals Bayern Munich in the DFL-Supercup, club captain Mats Hummels had requested transfer, and the international is now officially transferred to Spanish giants Barcelona. In his stead, Sebastian Kehl has been reappointed captain of the club, with Roman Weidenfeller become vice-captain.

"It's always been a dream of mine to play for FC Barcelona, one of the clubs I grew up supporting," Hummels told the gathered press at his unveiling. "This is a team that is always trying to prove they are the best in the world; that's the sort of test I want for myself, for my career."

It continues a theme of exodus from the Signal Iduna Park. Having already lost the likes of Mario Gotze and Robert Lewandowski to league rivals Bayern Munich, Mats Hummels is just the latest addition to the list of young players who made their name at Dortmund before leaving to further their careers. 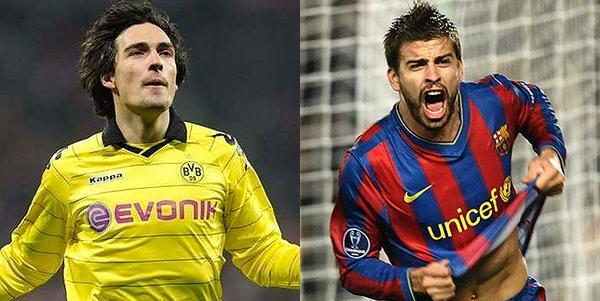 Mats Hummels will partner Gerard Pique in the center of Barcelona's defense with the goal of filling the hole left by the departure of lionhearted captain Carles Puyol.

Barcelona, however, may have finally found their long-term central defensive solution. Luis Enrique has been very active in the market, bringing in Jeremy Matheiu, Thomas Vermaelen, and now Mats Hummels to the club.

Hummels, who will wear number 23 at the Camp Nou, is by far the highest caliber of the three, and joins Luis Suarez on the Cules's list of marquee signings this summer window. Especially with the upcoming transfer ban, Enrique had to make prudent signing this window, and it seems he has finally done so.

With the new season looming, a big question must be asked back in Dortmund: who will replace their captain and defensive linchpin in the back line? If Brian Laudrup and his men are hoping for a good first season, they have quite a bit of work left to do now.

Neal
7 years
Feliks: Agreed! I just wish it could've been Kirch, not Hummels