Walter
6 years
BANNED AGAIN WHAT IS THIS
Login to Quote

Neal
6 years
AaronHJFT96: Between him, Pierre-Emerick Aubameyang, and Henrikh Mkhitaryan, I don't think scoring goals is going to be a problem this year at all

Walter: This is untrue 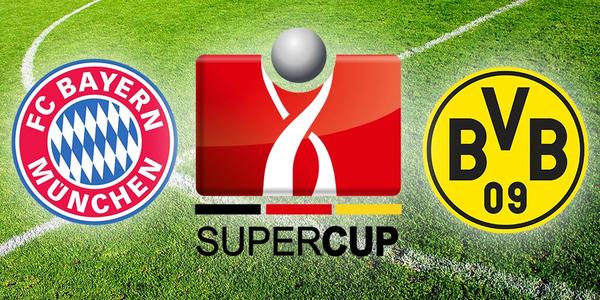 The DFL-Supercup is the annual curtain-raiser for German football, pitting the winner of the previous season's Bundesliga champions and DFB-Pokal (German Cup) champions. This year, that means that arch rivals FC Bayern Munich and Borussia Dortmund will face off for the early season trophy, with BVB manager Brian Laudrup to take charge of his first ever match in professional management.

Both teams named very strong starting elevens, however, Dortmund were missing a few big names recovering from minor injuries sustained over the summer. The likes of Mats Hummels and Roman Weidenfeller missed out, allowing Sokratis Papastathopoulos and Mitchell Langerak to fill in. The full starting lineups are as follows:

Despite Dortmund's slightly weakened lineup, they were the fastest out of the gates and looked very dangerous on the counterattack from the very first few minutes. Fourteen minutes in, der BVB showed just how dangerous when Pierre-Emerick Aubameyang beat David Alaba for pace down the right flank and picked out Henrikh Mkhitaryan with his cross; the Armenian midfielder made no mistake with the finish, clinically giving Dortmund a 1-0 lead.

From this point, Bayern started growing pack into the game. Bastian Schweinsteiger especially started making his mark on the game, getting on the ball more and starting to spray passes across the field with his usual accuracy. It was Thomas Muller's long ball over the top, however, that proved crucial. Robert Lewandowski beat Sokratis with a step of pace before rifling past Mitch Langerak to equalize for the reigning German champions.

Schweinsteiger's growing influence in the game, however, was quite tragically cut short for Bayern fans in the 70th minute. Serbian youngster Milos Jojic nutmegged the Germany international, and in a moment of madness, Schweinsteiger lashed out at Jojic and was shown a straight red card.

Just nine minutes to time, Borussia Dortmund made that man advantage count. Pierre-Emerick Aubameyang was at the heart of the goal again, laying the ball forward for Lukasz Piszczek to hammer into the top corner from fifteen yards, an incredible finish to give Dortmund a late one-goal lead over their ten-men arch rivals.

It seemed over...and then Xabi Alonso struck. Another long ball was played over the top by Die Bayern, and Robert Lewandoswki was first to react once more. This time, the ex-Dortmund striker chested the ball into the path of Xabi Alonso to volley from 25 yards into the bottom right corner, leaving Langerak with no chance, and stunning the Dortmund faithful with an absolutely beautiful equalizer. 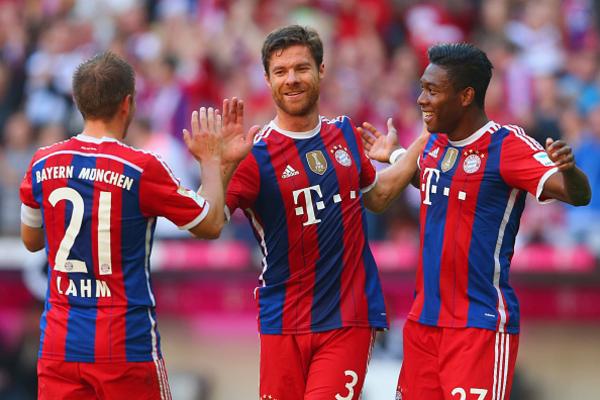 Xabi Alonso hit a wonder volley on his Bayern Munich debut, scoring a late equalizer and silencing the Borussia Dortmund fans who were ready to celebrate another win.

The DFL-Supercup has no extra time, and so the teams went straight into penalties when the final whistle blew to signal the end of ninety minutes. After the first five penalties each, the teams were still deadlocked at 4-4, with Pierre-Emerick Aubameyang missing an early penalty with Javi Martinez skying a chance to seal the win.

Arjen Robben took the sixth penalty for Bayern Munich. The Dutch winger stepped up calmly and hit a perfect mix of power and accuracy, guiding the ball into the top left corner with ease and composure. Lukasz Piszczek, who had scored Dortmund's go-ahead goal in regular time, stepped up to keep Dortmund in the game, only to see his shot ricochet off the post and go wide. Bayern had won, 5-4 in penalties after a 2-2 draw in regular time.

"Obviously we are very disappointed," said Brian Laudrup after the game, his first ever in professional management. "We played really well at times, but a few defensive lapses on long balls and we paid the price. Nobody likes to lose in penalties, it's a lottery. But, overall, I am very proud of the team, and today is a sign that we could do very well this year. Let Bayern be warned...next time we will not let them back into the game."

Walter
6 years
y u no beat bayerrrrnnn
Login to Quote

pompeyblue
6 years
A great update, but a shame you couldn't win the game.
Unlucky Neal...

Justice
6 years
A very unlucky result against Bayern but you can remain positive as Bayern are one of the three elite teams in world football at this moment of time (Real Madrid, Bayern & Chelsea)!
Login to Quote

pompeyblue: Thanks Josh. I was really hoping we'd pull off the win, but alas. We'll get em next time

Justice: Yes they're undoubtedly one of the best, so while it's tough to stomach I think we can learn from this

Bring on the league though

Neal
6 years
walkinshaw: Yeah Bayern were just too strong. Hopefully we can outdo them in the Bundesliga

Jonaldinho: It's alright, we'll bounce back!! 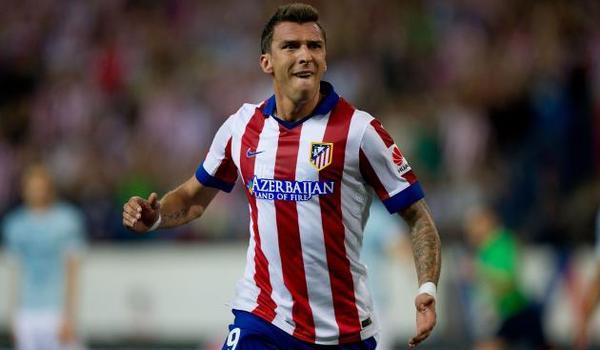 Mario Mandzukic continued his excellent form through the rest of Atletico's preseason, scoring two stunning goals from outside the box in the last three friendly games.

Spain's defending champions Atletico de Madrid have completed their preseason under new boss Michael Laudrup in stunning fashion, triumphing in their final three games in a row and scoring no less than twelve goals in the process, conceding only three. Laudrup's attractive passing style has really started to take Los Colchoneros' by storm.

This was mainly evident in Atletico's final match, where six different goalscorers scored to give the capital city side a thumping 6-0 win against local team Rayo Majadahonda. Even though it's a lower division side, these results could bode very well for the season ahead.

The results speak for themselves for Laudrup's men. The win against Olympiakos to pick things back up after the disappointment in London against Tottenham was crucial. Playing the Greek giants on the road is a difficult occasion for any team, but late goals from Raul Garcia and Raul Jimenez sealed a big win to set the ball rolling.

The match against Cagliari was nothing short of a shootout. Both teams threw caution to the winds, but again the Spanish side emerged the victors thanks to four different goalscorers, including teenage midfielder Saul, tipped to break into the first team this year.

The final match against Rayo Majadahonda was a blowout, perhaps the perfect way to prepare for the upcoming Supercopa de Espana against Real Madrid. The opposition crumbled before Atleti's intricate passing, and should Laudrup's men provide a similar performance against the much higher caliber of Real Madrid, we could see quite the upset in a week's time.

Player of the Rest of the Preseason 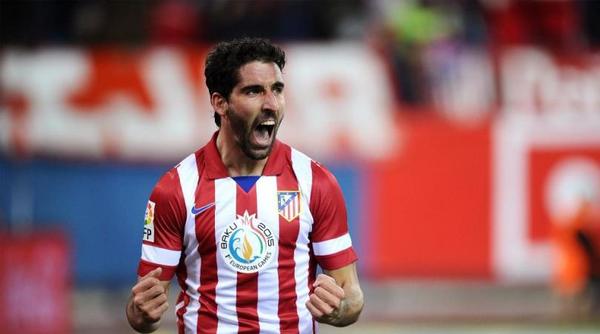 Raul Garcia is my choice for the best player of the rest of the preseason after the English tour. Despite not being first choice when Laudrup first took over, his three goals in three consecutive games has undoubtedly thrown him into the mix. Unfortunately, he will miss the next three weeks with an ankle issue, but hopefully he can pick his good form up again when he returns.

walkinshaw
6 years
Nice way to round out the pre-season mate, good luck against Real Madrid.
Login to Quote

Aaron
6 years
Another quality update! Unlucky against Bayern. Not a bad result in open play, but it could have gone either way in penalties. Sadly it went the wrong way

Verdinho
6 years
Just looking at your goalscorers, there's so much aerial threat in your squad. Mandzukic, Raul Garcia, Jimenez, Godin, Miranda, Cerci, Tiago. You'll make good use of that, won't you?