Nice sets of results for both Laudrup bros!
Login to Quote

Josh_MU
8 years
Some very positive results there for both Laudrup's!
Login to Quote

Neal
8 years • Edited
Walter, Hashim, & Josh_MU: Thanks you three, it's been a pretty positive month for the brothers as we head into the new year 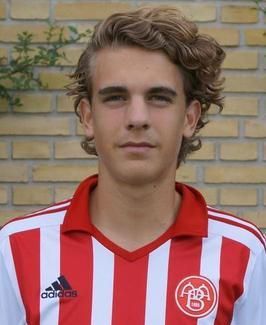 Despite early interest from clubs around Europe, Danish sensation Marco Ramkilde has officially agreed professional terms with Atletico Madrid. The teenager, who has scored two goals in three appearances for AaB's first team this year, will play in Los Colchoneros' U19 side.

Michael Laudrup is widely considered the greatest footballer Denmark has ever produced, and this time around, he's used that reputation to steal the newest Danish gem right out of his brother Brian's fingers and lure him over to the Estadio Vicente Calderon in Spain.

Marco Ramkilde, a 16 year old striker that plied his trade at AaB in the Danish Superliga, was reportedly in advanced talks with Brian Laudrup over a potential move to Borussia Dortmund. However, it seems Atletico joined the discussion late on, and Ramkilde quickly chose to go to Spain to work under his childhood favorite Michael Laudrup.

Nobody outside of Denmark had even heard of the 6'1" teenager until a few days ago. Having come up through the AaB youth system, Ramkilde had scored goals galore at lower levels, but was shocked to have been handed first team opportunities this season. He promptly took those opportunities, scoring twice and assisting once in three first team appearances, bursting onto the world scene.

"When I first got a call from Michael Laudrup I was shocked," the 16 year old told reporters. "I had quite literally been doing science homework, and I received a phone call from the man I watched every weekend growing up, and he told me he wanted me at his club. It was like a dream."

Michael Laudrup, obviously determined to help grow the Danish game through this move, has promised that Ramkilde is one of the finest young strikers in the world. Having signed a contract through 2017, the attacker will play this season in the U19's to prove his readiness for either a loan or first team action next year.

There has been no comment yet from the Borussia Dortmund camp, but one thing is obvious; in this little episode of sibling rivalry, Brian has been forced to take a back-seat as Michael wins yet another player.

mo_123
8 years
Fantastic story so far how good is that guy anyway?
Login to Quote

Verdinho
8 years
One to watch, clearly! Being snubbed thanks to your brother must sting a bit for Brian Laudrup
Login to Quote

mo_123
8 years
Brian must be sad
Login to Quote

pompeyblue
8 years
Looks like a very promising player, and a very good signing, so hopefully he develops into an absolute machine for ya!

Neal
8 years
mo_123: Thanks, as you can see in the screenshot he has a lot of developing to go, but he could turn into a star

P-KIDDY: Brian isn't taking it all too well, he's always been the less-loved brother

mo_123: Sad is quite an understatement...you'll see

pompeyblue: Thanks Josh! He's got quite an impressive record already for such a tender age, so I really feel as though he could be Atletico and Denmark's next star!

basham97: Hopefully he develops into more than decent

No1VillaFan: Thanks Jason, I can join you on the pedestal for being on both lists now

NVDTahir
8 years
Finally caught up to this story, doing really well so far Neal, I thoroughly enjoyed reading this and will carry on doing so

Neal
8 years
NVDTahir: Thanks Naveed, glad you're enjoying it so far!
Login to Quote