JasonRM
5 years
What a brilliant month!
Login to Quote

Zap
5 years
Could have been a perfect month, DAMN YOU BORUSSIA MONCHENGLADBACH
Login to Quote

Feliks: Both managers are tactical geniuses, that's why


ALESSIO CERCI AND MATTIA DESTRO RULED OUT FOR THREE WEEKS 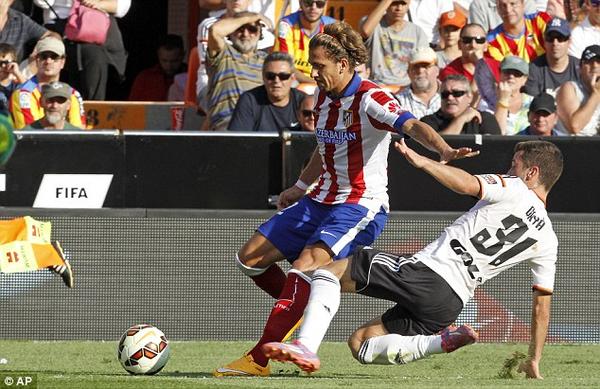 In what has come as an untimely and offensively catastrophic blow to Atletico Madrid, new signings Alessio Cerci and Mattia Destro have both been sidelined with three week injuries, meaning they will miss most of December if not all. Destro has sprained his ankle, while Cerci picked up a serious groin strain in training.

Cerci and Destro, who both signed for Los Colchoneros from Serie A this past summer, have been massively influential this year and are the team's two top scorers; Destro has eight goals, while Cerci has managed to net seven. The duo have also pitched in eight assists and are considered the club's most vibrant attackers.

Both Italian internationals really broke onto the world footballing scene last year when Destro and Cerci each scored 13 Serie A goals for AS Roma and Torino. The ex-Giallorossi man is known as an out-and-out striker and has been deployed as such so far this year, while Cerci has shown himself to be most effective on the right wing.

Who will fill in the lineup?
There is some question about who will step into the starting lineup in the stead of these two superstars. Mario Mandzukic, who also signed this summer from Bayern Munich, will probably take the starting mantle up top, but he will have little backup; Mexican striker Raul Jimenez is utterly out of favor with Michael Laudrup and has only made 1 appearance this year.

Arda Turan is expected to shift out to the right wing, where he often played earlier in his Atletico career and back at Galatasaray, to fill in for Cerci. This has opened up a big chance for Raul Garcia and Angel Correa to stake a claim in the first team in the central attacking midfield role, but who Laudrup will prefer is still a mystery.

Whoever fills in, one thing is for certain; Laudrup needs to find a way to balance his team without his two biggest offensive scorers and creators over the next month if he wants to keep his momentum going as we close in on the new year.

Feliks
5 years
Mandzukic, don't let him down!
Login to Quote

Walter
5 years
Dilemma fo you. I sai by massi coz he wil solv all ur problemz
Login to Quote

Xander
5 years
It better be Mario
Login to Quote

Icarus
5 years
I'd say, change formations till' they're both back! lol. Injuries do suck this year though.
Login to Quote

Neal
5 years
Feliks: I really need my strikers firing in goals again, this is a big chance for big Mario!

Xanderthedunny: Anyone but Raul Jimenez please

Icarus: Change formations to what? My attack might be threadbare, but my whole squad's depth isn't that good...my first eleven and a few subs are well above quality of the rest of the subs

pompeyblue
5 years
Lovely presentation in the update but such a shame to see two key attacking players, out injured

It's your time to shine now, Mandzukic!

Neal
5 years
pompeyblue: Glad you like the layout, but, sadly, the content is a little saddening. You're right in saying this is a big chance for Mandzukic to earn his spot back, though, and for either Correa or Garcia to win that AMC role as Turan shifts to the right!
Login to Quote

Verdinho
5 years
A shame to see Destro and Cerci out, but it does highlight the versatility of Atleti, too! If I remember correctly, Raul Garcia can play wide right on FM, whereas Turan can play across the entire attacking midfield zone. You've also got Koke, who can do the same as Turan, Correa in the middle, and if that fails, you can simply condense the middle with Gabi, Koke, Tiago, Saul, Mario Suarez etc. You've got fantastic depth, that's what I'm trying to say!!!

Mandzukic should do the business too, fantastic player.

P.S. What happens if one of the Laudrup bros attempts to reunite Torino's attack of Immobile/Cerci?
Login to Quote

Neal
5 years
P-KIDDY: I don't use right / left mid though. Currently the plan is to start Mandzukic up top and shift Turan out wide, allowing Correa or Garcia to start at central attacking midfield. Saul is quite good, too, but Mario Suarez and Tiago aren't exactly first team quality for me.

And, if that happened...well, we'd have some issues

Earlier this morning, FIFA released their annual shortlist for the prestigious Ballon D'Or trophy, an award given to the best footballer of the calendar year. This year, the players are all as brilliant as usual, but we have selected for you the top five favorites being considered for the award. 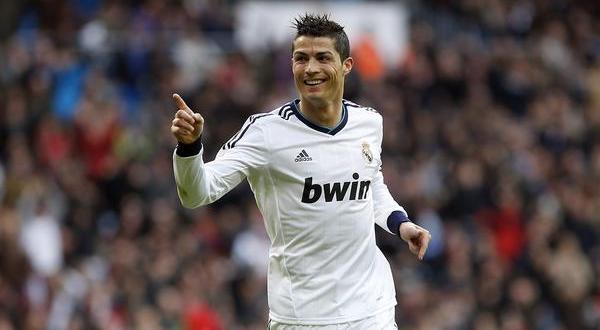 Cristiano Ronaldo, as usual, is almost undoubtedly one of the top two players in world football. Between himself and Lionel Messi, the duo have won all six of the last Ballon D'Or awards. After four years of Messi dominance, last year Ronaldo finally reclaimed the title of best player on Earth, and now he will hope to defend it.

So far this year, the Portuguese winger has scored 21 goals and added 8 assists in 25 appearances, earning an average Opta rating of 7.92. These goalscoring feats, combined with a Copa del Rey and "Decima" Champions League win from last year that Ronaldo spearheaded, are surefire clues that Ronaldo may again be voted first. 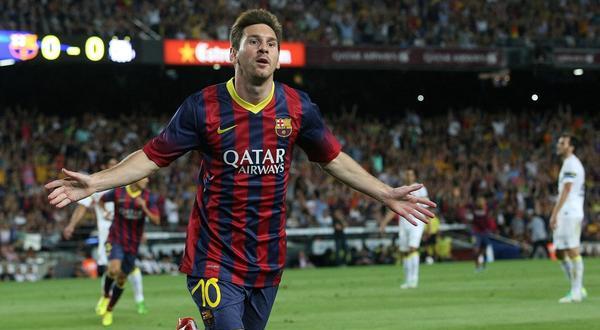 It's not a Ballon D'Or discussion until both Cristiano Ronaldo and Lionel Messi have been mentioned. The only player to ever have won four straight Ballon D'Or awards, the diminutive Argentinian has been amazing fans and pundits alike for over half a decade now. Due to a sports hernia, though, Messi missed a month earlier this season, which could be a big pitfall for him.

In the time has been fit, though, Messi has made the best of his 17 appearances, scoring 11 goals and chipping in with 7 assists, earning himself a an average Opta rating of 7.55. Though this season hasn't quite been up to the Argentine's magical standards, a second place World Cup finish could help see him over the finish line to win this competition again. 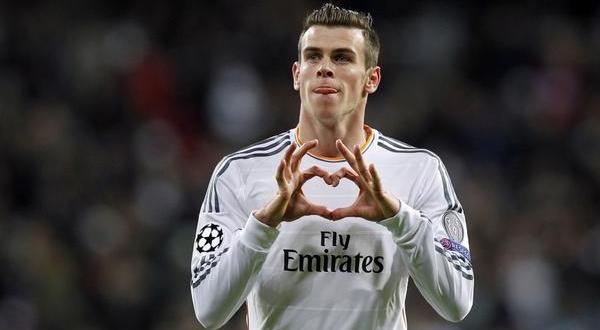 Gareth Bale is a relatively new addition to the talk surrounding the best player in the world. After his world-record €106M move to Real Madrid from Tottenham, Bale has terrorized one wing for Real Madrid while Ronaldo devastated the other, creating the greatest pacey threat the world has seen in a long time.

This year, the Welshman has managed 7 goals and 12 assists in 21 appearances with an Opta average rating of 7.41, mainly playing as a provider for the prolific Cristiano Ronaldo. Bale's electric pace and downhill dribbling have turned him into a world superstar, and he is a heavy favorite to finish top three at least in this year's voting. 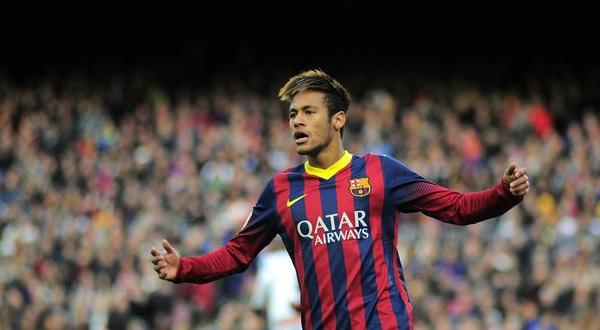 Neymar is, similar to Gareth Bale, one of the new names on the list of best players in the world. While Bale and Ronaldo tear it up at the Santiago Bernabeu, Neymar and Messi scintillate at the Camp Nou. Neymar, despite his tender age, has already amassed 59 Brazil caps and scored 35 goals, shocking all of his doubters.

Despite being only 22 years of age, Neymar has scored 14 goals and 6 assists in 20 appearances so far this season with an Opta average rating of 7.72. A fourth place finish at the summer's World Cup and some excellent goals over the last twelve months have given this youngster a great chance at placing. 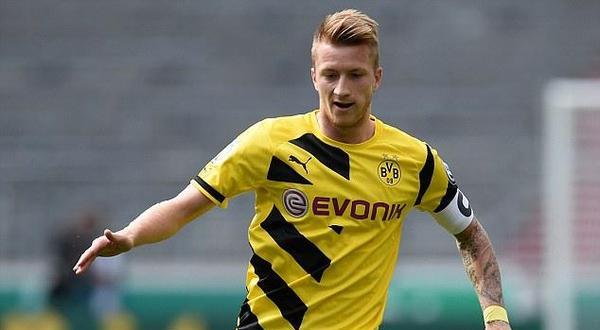 Marco Reus is perhaps the most surprising addition to the five man shortlist for the Ballon D'Or award. The German left winger, despite missing the World Cup with torn ankle ligaments, has consistently been one of Borussia Dortmund's most talented players during the Klopp and now Laudrup eras, scoring and assisting with ease.

So far this campaign, Reus has picked up 8 goals and 8 assists in 20 appearances after recovering from injuries and sustained an Opta rating of 7.42. A consistent game changer for der BVB, it would perhaps be a massive shock and yet a semi-deserved appearance in the top three should the German find a way to get place in the Ballon D'Or voting.