Balik
6 years
So you have a ton of money and not buying star players.....WHY?!?!?! Great signing also

@Jack - yes it is! Breath of fresh air 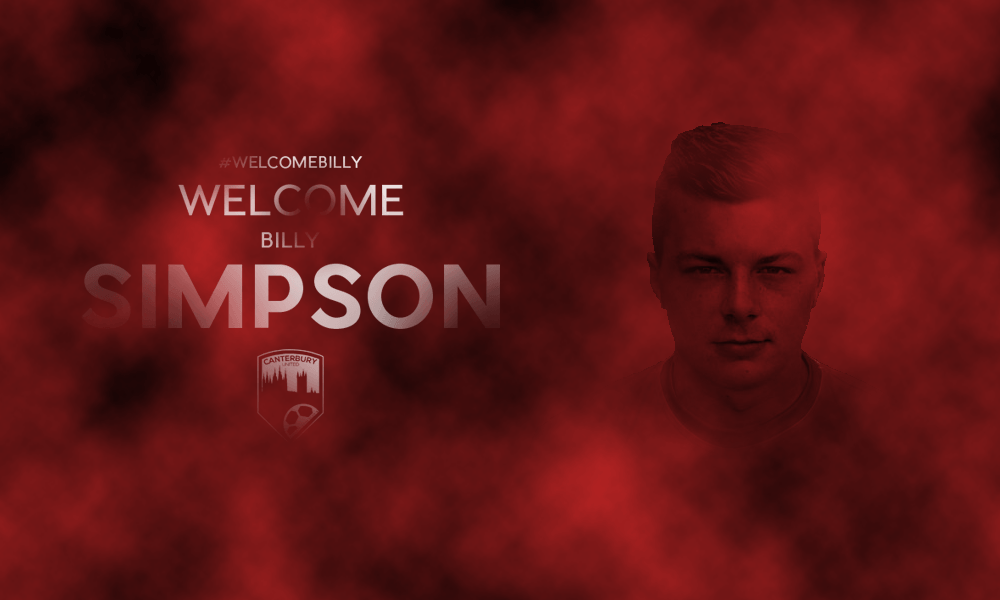 Canterbury United are delighted to announce the signing of Billy Simpson on a free transfer. The utility man has joined the club on a year’s deal.

Upon signing his contract, Simpson told the press that he was looking forward to getting pack to playing football.

Billy Simpson:It’s been a long time since I’ve played football. So I am happy to finally be back. Canterbury have given me this opportunity and I’m going to use it to try and impress the fans and the wider footballing community and either get promoted with the club or move on if someone wants me. I’m happy to be here.


Simpson started his career up north with Mansfield Town, being in their youth squads while they got promoted to the Sky Bet League 2 a couple of years ago, and stayed for one more season before leaving, and hasn’t played for a club since.

Boss James Robinson was pleased with the signing.

James Robinson:Billy is a good player who will provide an important member of the squad. He’s another player who has had experience at a higher level, which is obviously good. But, he’s been out of the game a long time, two years - so we’ll have to work on his fitness. But his ability to play in a number of positions is important for us and he will provide a very useful player.


Simpson will have a lot to prove to the fans having been out of the game so long, but a year’s deal provides flexibility if it doesn’t quite work out for the 19-year-old, who can play in a variety of positions – right back, centre back and midfield.

Canterbury fans will be hoping he can prove his fitness quickly as his versatility, especially at this level, will be a huge asset to the club. 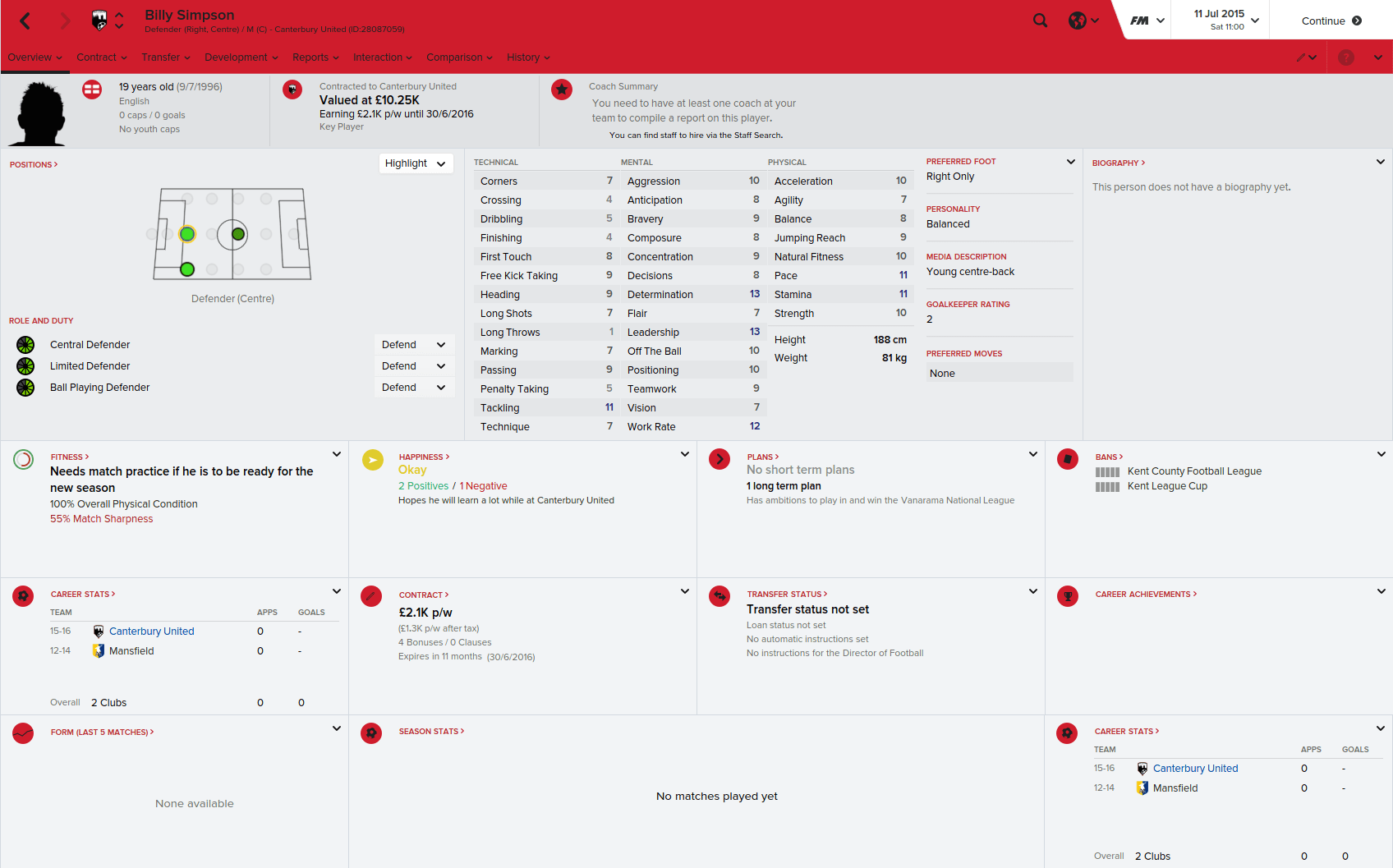 AuthoR
6 years
That guy certainly knows how to smile with his eyes! Hopefully he can dazzle the opposition into conceding a few goals. Great graphics as always.
Login to Quote

Jack
6 years
Cracking signing from the leagues way above you - you're being incredibly patient with all that financial power you've got, you'll make some serious profit this season!
Login to Quote

Tallery
6 years
@AuthoR - I hope so - thanks a lot
@MJK46 - So do I :p
@Jack - Yeah, my scouts recommended him to me! Hopefully he will be good in a position we really needed to strengthen!
Login to Quote

mgriffin2012
6 years
Great signing for your level mate, hopefully can help fire you up a couple of leagues

Justice
6 years
The squad is beginning to take shape. Won't be long before it is ready to begin competing!
Login to Quote

Tallery
6 years
@mgriffin2012 - I hope he can, we need some strengthening still though!!
@Justice - It certainly is, but a long way to go yet 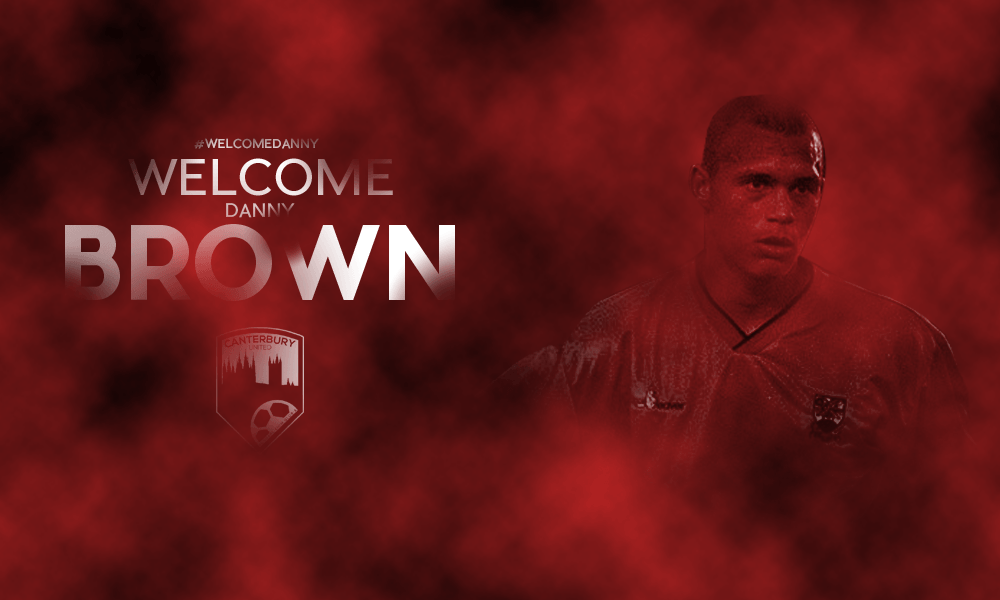 Canterbury United are delighted to announce the transfers of Liam Drury, Daniel Elmes and Danny Brown all on free transfers.

Danny Brown is probably the most high profile capture, having turned out for the likes of Barnet and Oxford United in days gone by. The 34 year old signed a one year deal with the club, which will also see him take the role as a coach. Upon penning the deal, he told the club’s website that he hoped to stay for many years at the club.

Danny Brown:Am I pleased to be here? Yes, of course, otherwise I wouldn’t have joined. Yes it’s a step down, but the project, the ambitions this club has is amazing, and we won’t be at this level for long. We have some very good players for this level and I think we can move up quickly. I may not have that many years left in the tank as a player, my coaching career has just started – and I want to stay with this club in both capacities and help them grow.


Brown, a centre midfielder who can also play in centre defence, or on the wing if required, started his career sixteen years ago with London-based Leyton Orient, but failed to make a senior league appearance for the club and moved on to Barnet, where he stayed for four years, making ninety-two appearances and scoring eight goals.

He then moved on to play in the football league for Oxford United in 2003, and stayed at the Oxfordshire club for two years, making sixteen appearances and scoring no goals. A move to Crawley Town then beckoned, where he spent a season, making thirty-seven league appearances and netting once before moving to Cambridge United.

In 2010, he went out on loan to Harlow Town, and in 2011, he joined them permanently, making fifty-four league appearances and scoring eleven goals in five years for the Isthmian League First Division North outfit before leaving and joining the Bishops for their maiden campaign.

Boss James Robinson said he was ‘a quality player’ and the ‘steel in midfield [we needed]’.

James Robinson:Danny is a fantastic player, and I am really pleased one of my scouts notified me that he was available. I did some research and he is a complete midfielder, he can pass, score, tackle – we needed that, we needed steel in midfield. He will be valuable asset to us on the field, and off – he can mentor the young players as a coach and go on to be a legend with this club, I am sure. 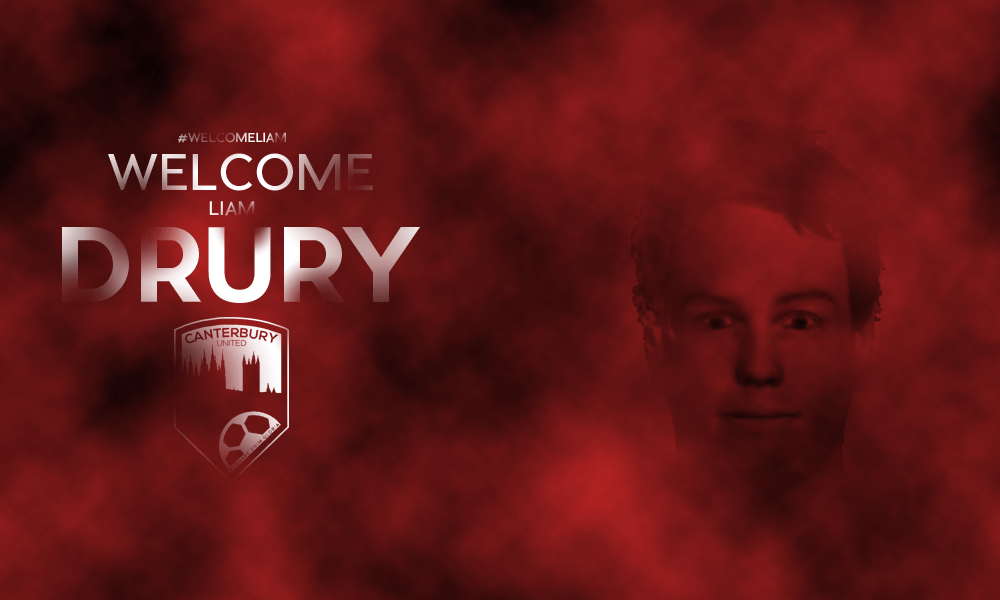 He had just made his breakthrough to the first team of the Eastern Counties League Division One side, and was expected to be played regularly for the Blues before being snapped up by the Bishops. When he penned his deal a few days before Brown, he told the club’s website that he was looking forward to working with many talented players.

Liam Drury:To sign for this club is a dream come true. Canterbury is a city I liked the look of to live in, and the club has good ambitions and told me they saw me as a key piece to the present and future, which is always nice to hear. I am looking forward to working with the talented players they have here, and learning and progressing and winning. I am looking forward to putting on a Canterbury United shirt and playing for them.


The centre back will have to compete with the likes of Gareth Landers, Richard Bryan and Pete Long for a place in the first team, but Robinson believes that he could easily displace each one of them.

James Robinson:Even though he is young it doesn’t mean he can’t get into the first team and displace the older players. He is a very talented player and will be the core of this team for many, many years to come, trust me – hopefully he doesn’t impress too much and go on to a bigger club, hopefully he stays and does the journey with us. 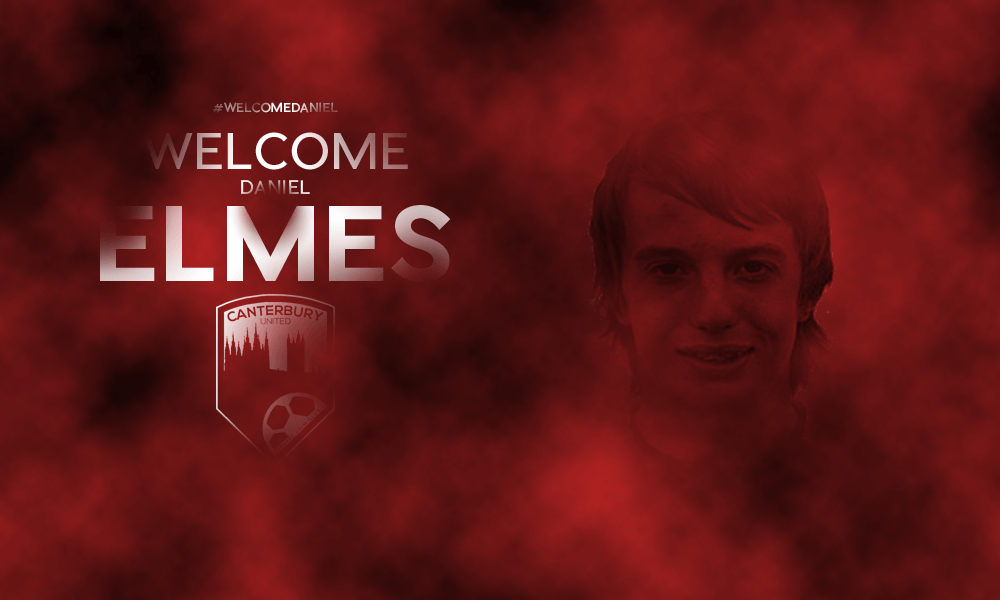 The striker has been playing for Bishops Stortford – not the team he will face in preseason – but the one that plays in Vanarama National League South, a huge four divisions above Canterbury United.

Daniel Elmes:I am here to score goals, any type of goal, to find the back of the net. That is what strikers do no? I have plenty of creative players around me who will help me score, and as a striker, that’s what you need to do.


His determination to hit the ground running will impress the Bishops fans, with any player who wants to score goals getting into the supporter’s good books, and they will hope he can score many throughout the duration of his one year contract he signed.

He started his career with Northampton, staying with the Cobblers for two seasons, but no first team appearances for the club led him to move to Waltham Abbey, where he stayed for a season before being snapped by Bishop’s Stortford, where he stayed before jump down the divisions to Canterbury United. 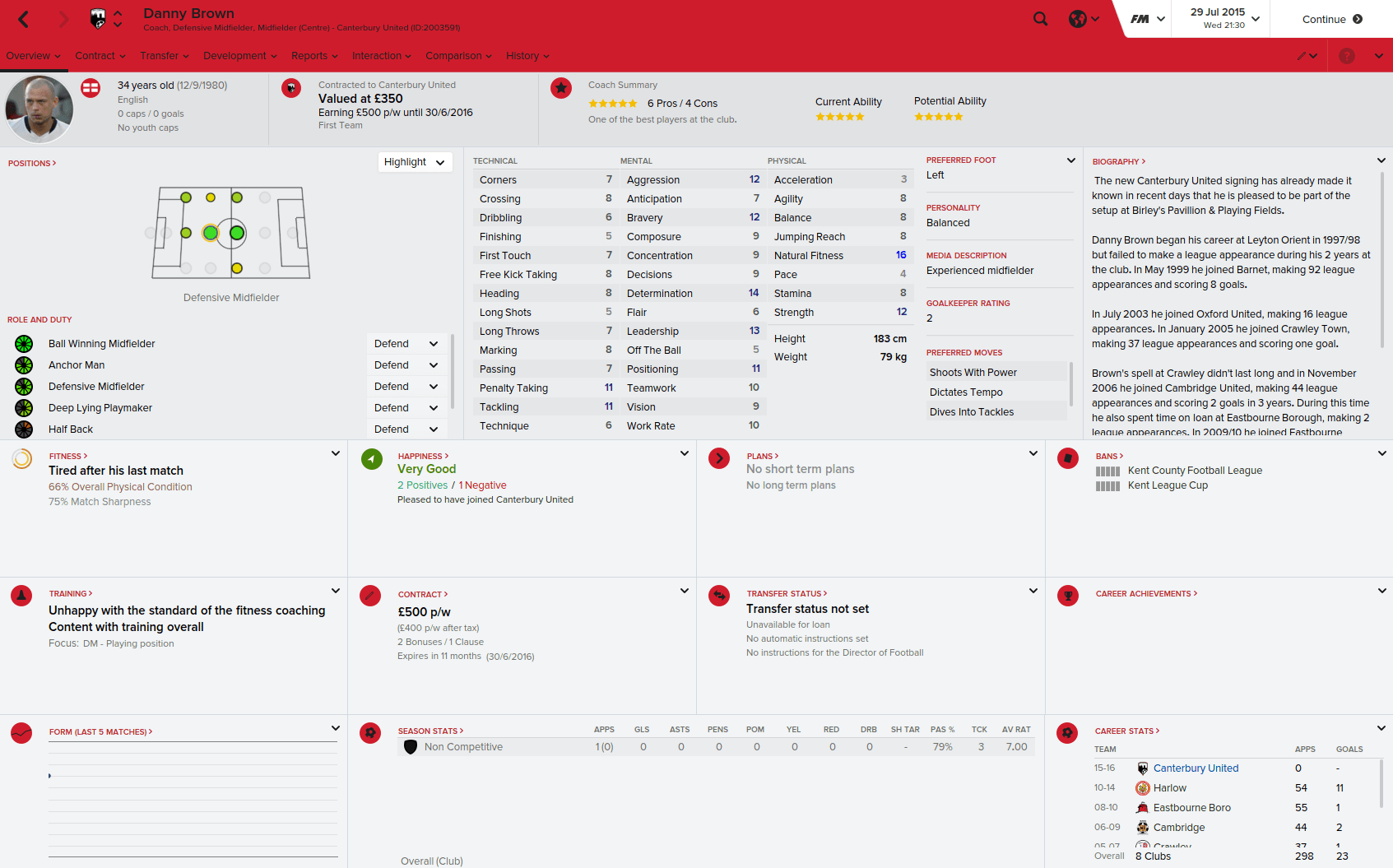 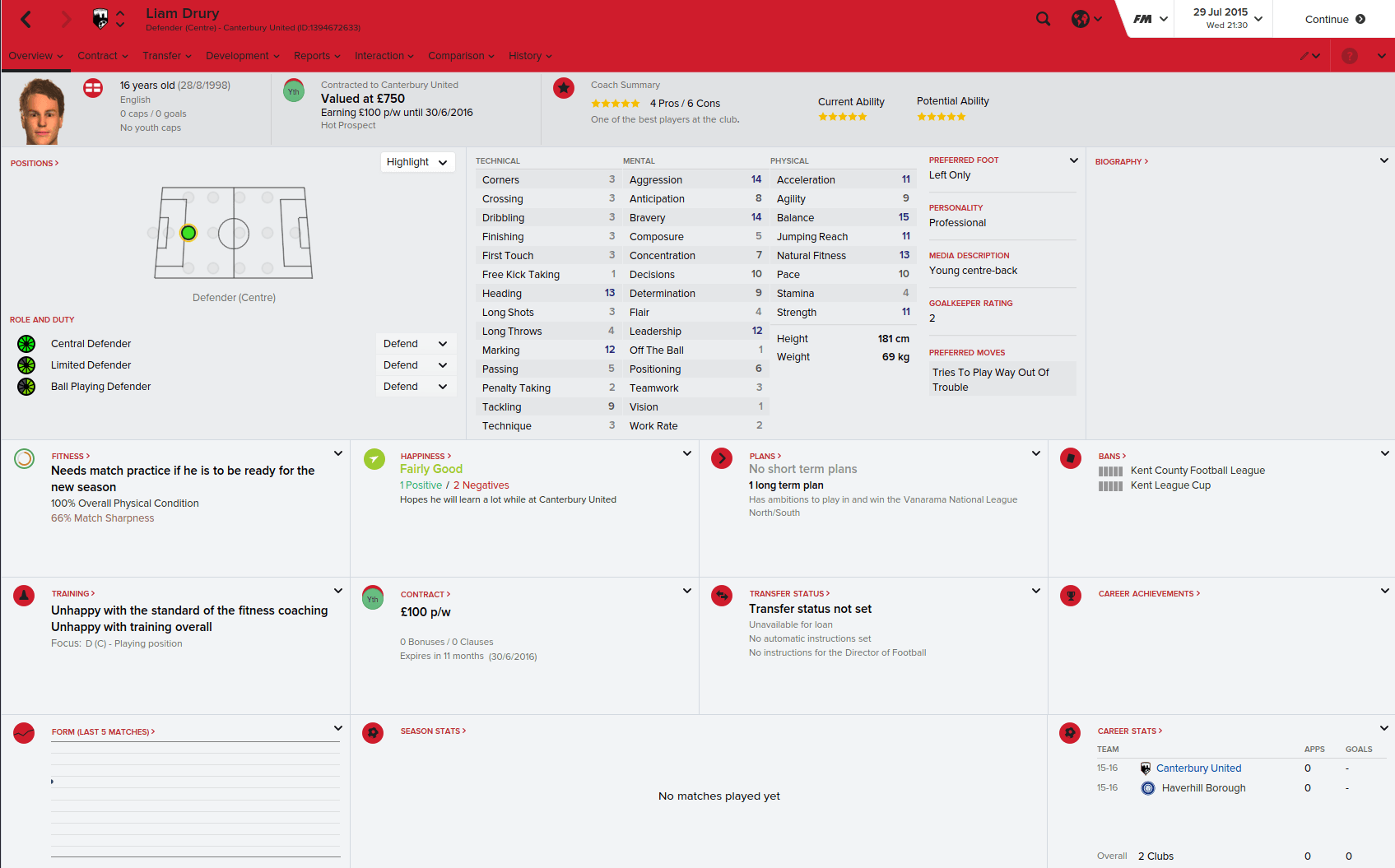 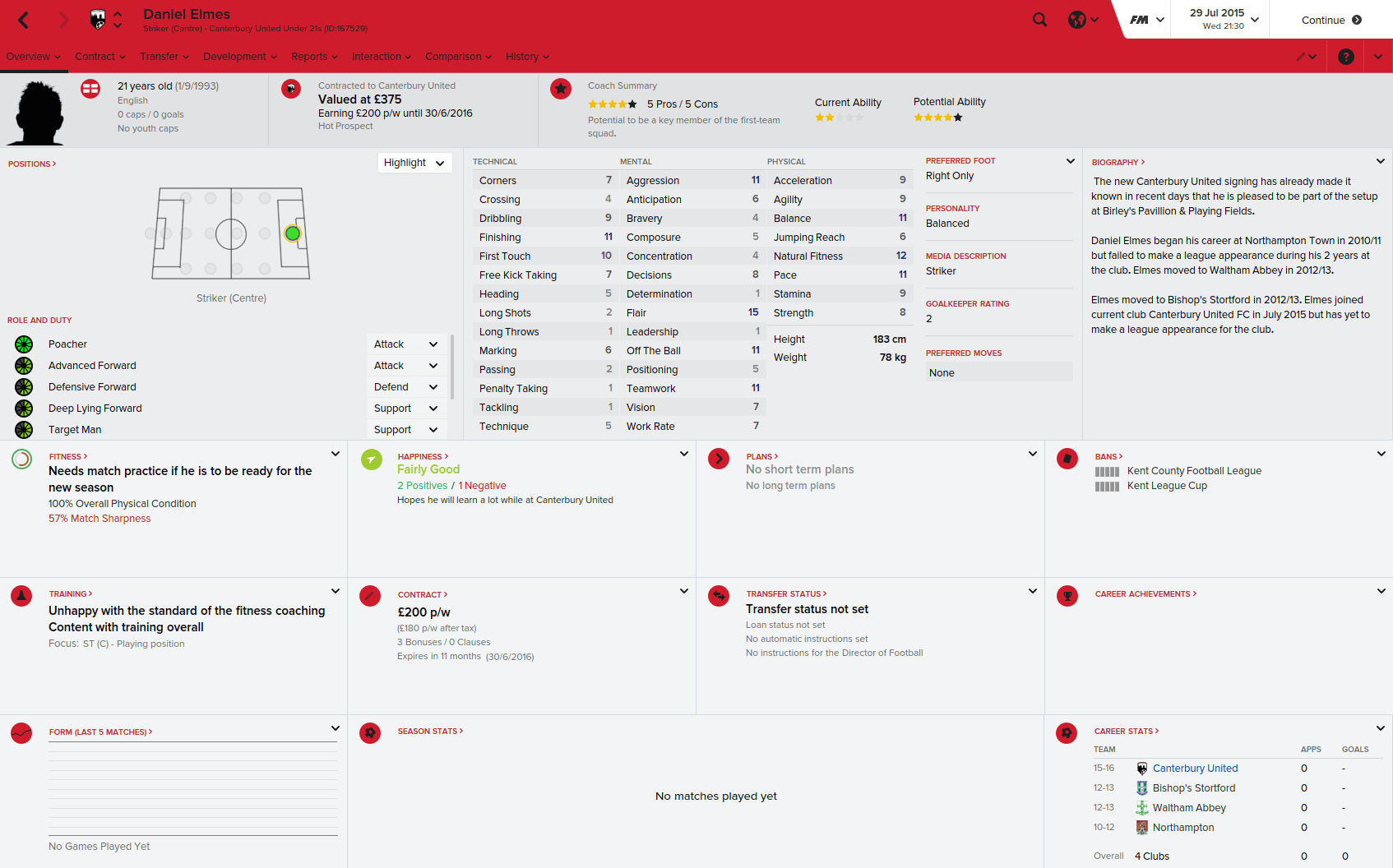