I really don't get it....sure he played well towards the back end of last season, but GBP1M?

I floated him at 1M, expecting to settle for 200K or there abouts!
Login to Quote

Yes, it wasn't pretty, but it was pretty effective.

A Savic brace sees Ceske through to the next round. 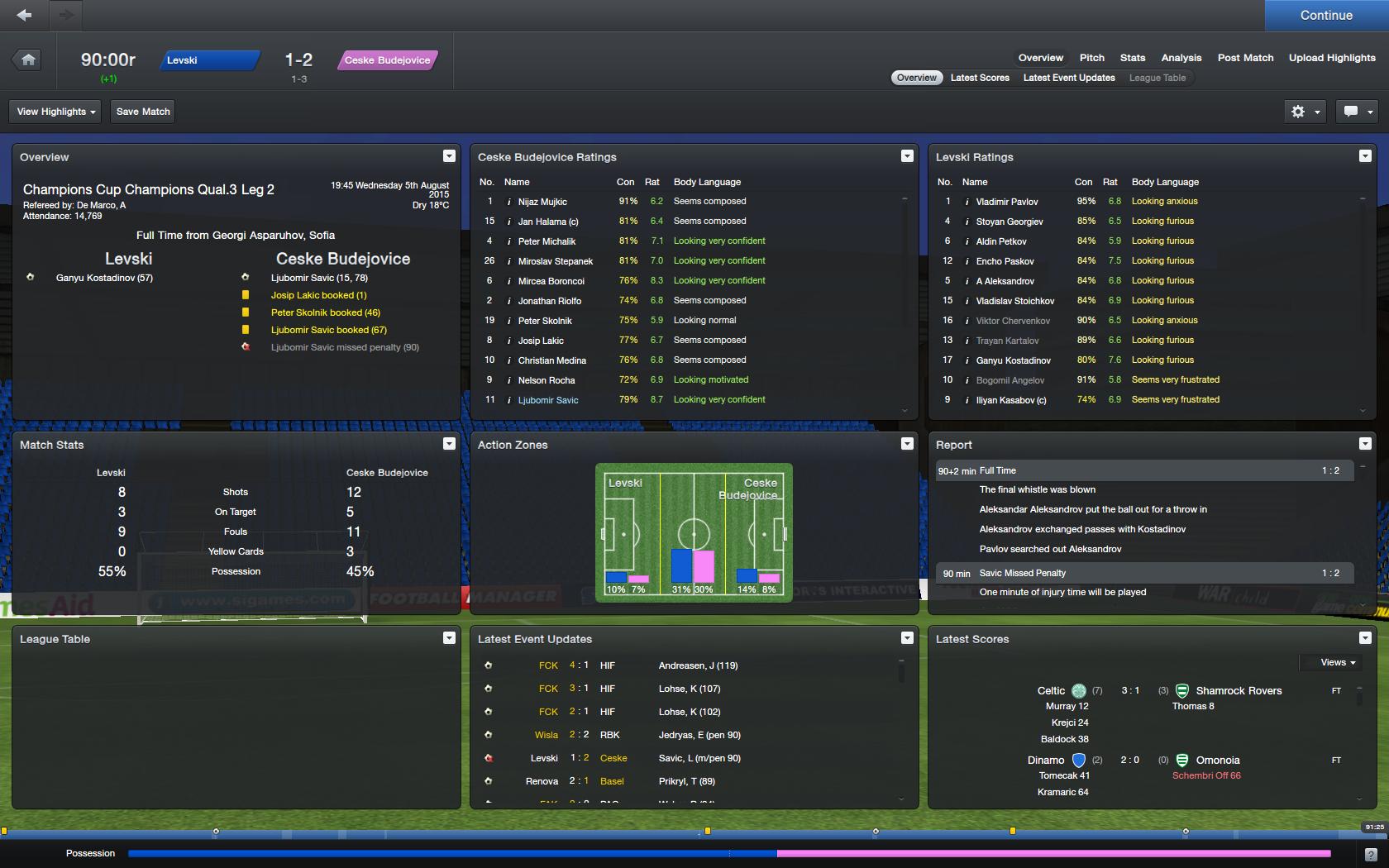 We have drawn FCK (F.C. København)in the playoff round of the Champions Cup.

Solid win against Brno. Should have scored more, but language barriers and injuries got in the way. Savic was again superb, bagging a brace. 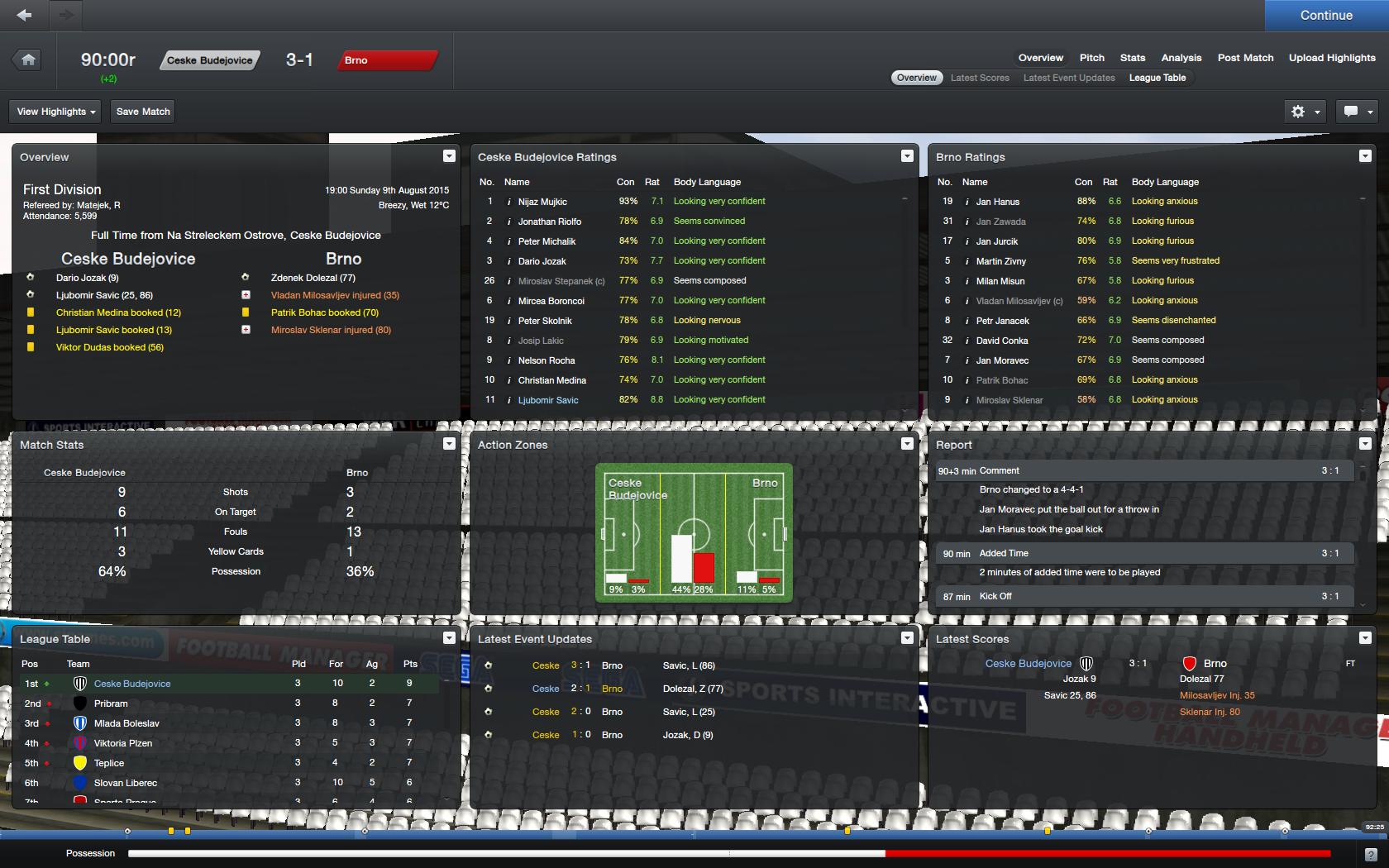 Kiwi
7 years
This doesn't help my bench strength, but I have to feel proud for the lad that I promoted to my first eleven on a hunch at the start of my tenure.....

Kiwi
7 years
At least I am winning the fans over!

Kiwi
7 years
My defensive utility, Stepanek, has a groin strain and will be out for 3-4 weeks. We play FCK in a week, and Dec 15 and Feb 16 when my other utilities arrive seem a long way off.

Will quickly look at the market, and we still have reliable Tomas Josl, who will start, but bench wise we are pretty bare.
Login to Quote

Kiwi
7 years
Savic has now set a record for the most Player of the Match awards with....four!

That tells me how different the standards were before my tenure.
Login to Quote

Kiwi
7 years
Savic is also becoming a fixture in the Team of the Week, with two consecutive appearances.
Login to Quote

My second keeper has come of age and arrived. I expect Hadzic to be pushing hard for the number one jersey in a few years. 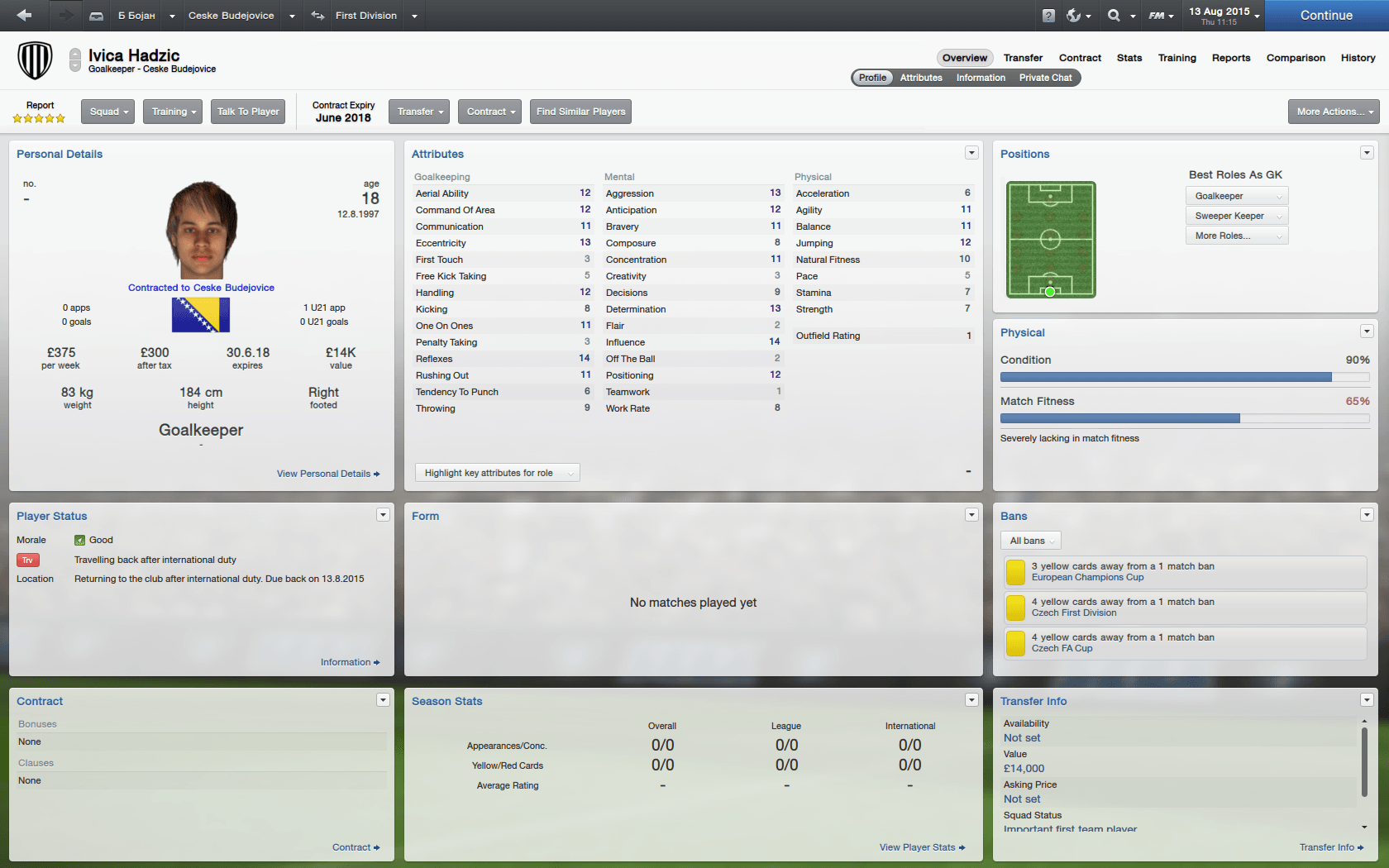 Kiwi
7 years
Mlada Boleslav, whom are currently third, have made a 150K bid for one of my under 21 strikers.

I am still astonished that my under 21 side is proving to be such a money spinner.
Login to Quote

Kiwi
7 years
Jihlava have made a bid of GBP250K for under 21 left winger Vlad Kucera.

For the life of me, I can't see the attraction, but I will continue to sell down my under 21 (and underperformers) like Christmas stock on Boxing Day.
Login to Quote 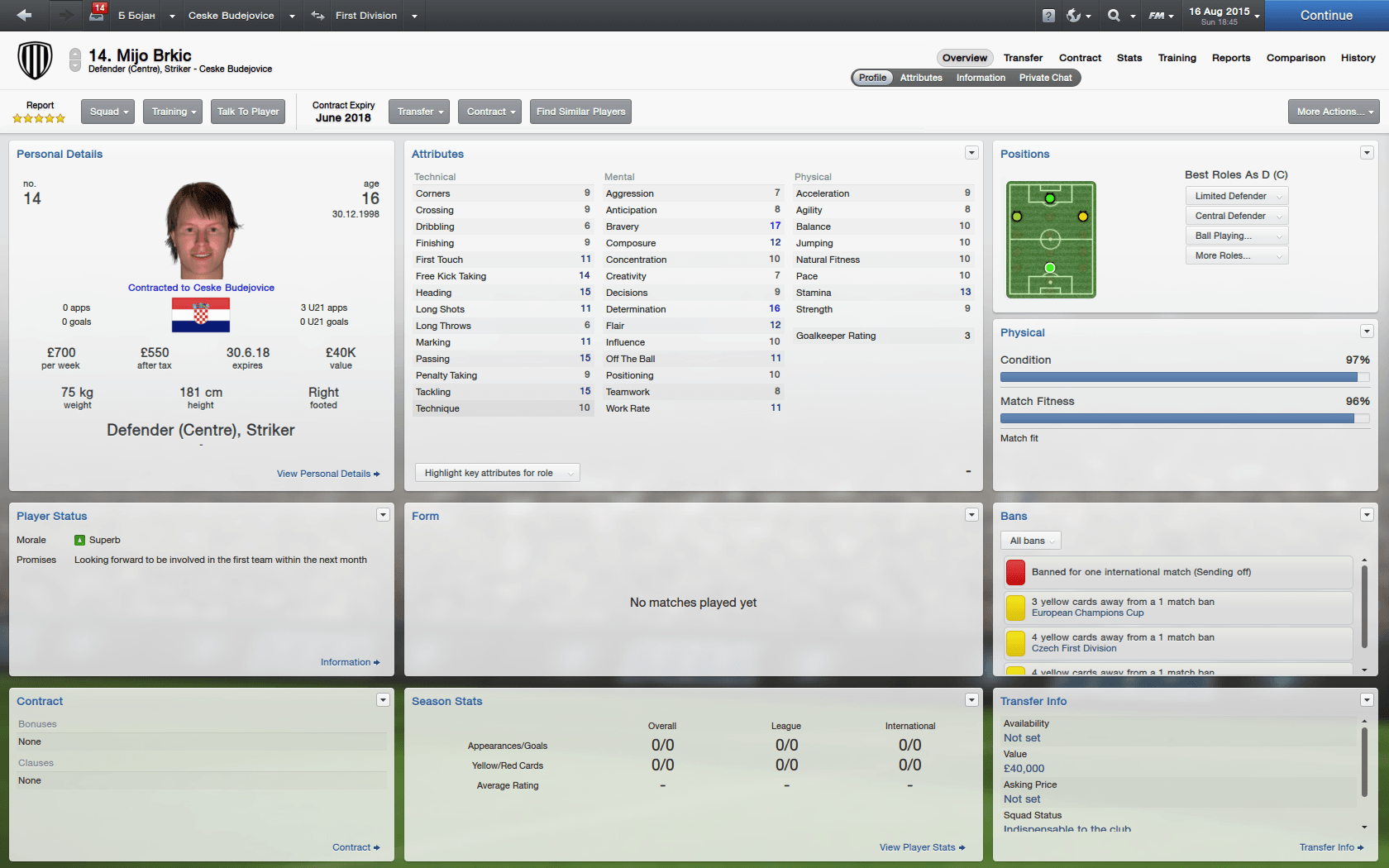 Here is my defender/striker LOL.
Login to Quote