Hopes for Europe?
Login to Quote


At least the first knockout round
Login to Quote

Care to explain why you're logo is United? 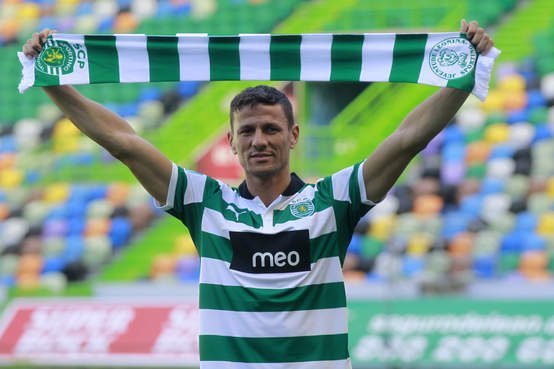 Sporting Lisbon’s Dutch defender Khalid Boulahrouz has signed a new contract with the Portuguese club. The 31-year old will be on £24k p/w until the end of the end of the 2014-15 season.

Under Lothar Matthaus, Boulahrouz has been a regular fixture in the Sporting side, making 65 appearances since the start of last season, and was named vice-captain for the start of the current season. He scored the winner in the derby match against Benfica last month, and has endeared himself to the Sporting fans since he signed on a free transfer from German side Stuttgart in 2011. They are said to be delighted he has signed a new deal despite allegedly being unhappy with some aspects of the management such as team talks.

Boulahrouz has made 42 appearances internationally for the Holland national team, but is yet to score.
Login to Quote

micah
9 years
Nice read Blue, love the layout on the post, keep it up!
Login to Quote

Inquisition
9 years
Enjoying this one

Jer
9 years
This updates just get better and better! I can't see how you can improve your story as it has everything one could wish! Always great from you Blue :)!
Login to Quote

Blue
9 years
Thanks you guys 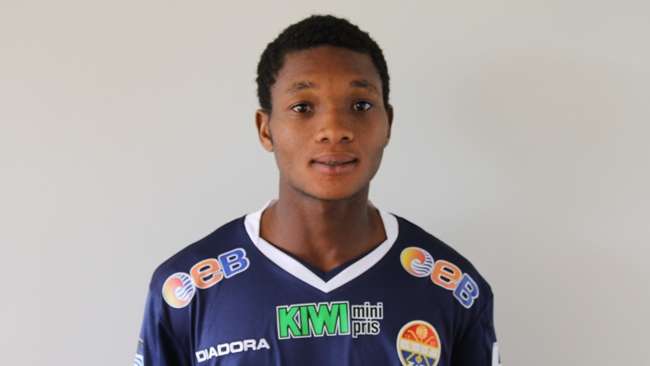 Sporting CP have completed the signing of Ghanaian midfielder Enock Kwakwa from Manchester City for £400k. This is Sporting’s tenth signing of the season, and probably will turn out to be the one of best value.

The 19-year-old signed for City at the end of the 2011/12 season from Ghana’s Right To Dream Academy. He spent the 2012 and 2013 Norwegian seasons on loan at Tippeligaen side Stromgodset, making 34 league appearances and scoring one goal before returning to the Etihad. His current deal was due to expire at the end of the season, and Sporting have nipped in and signed a good prospect on a comparatively cheap fee compared to the potential he holds. Sporting fans will be delighted to have secured a player with such a bright future.

Kwakwa will join when the January transfer window opens on a 3 and a half year £1.8k p/w deal, which is £1.3k more than at Manchester City. He is said to be delighted to sign for a club like Sporting, and hopes he will thrive with some of the other young players such as Bruma and Zaha. 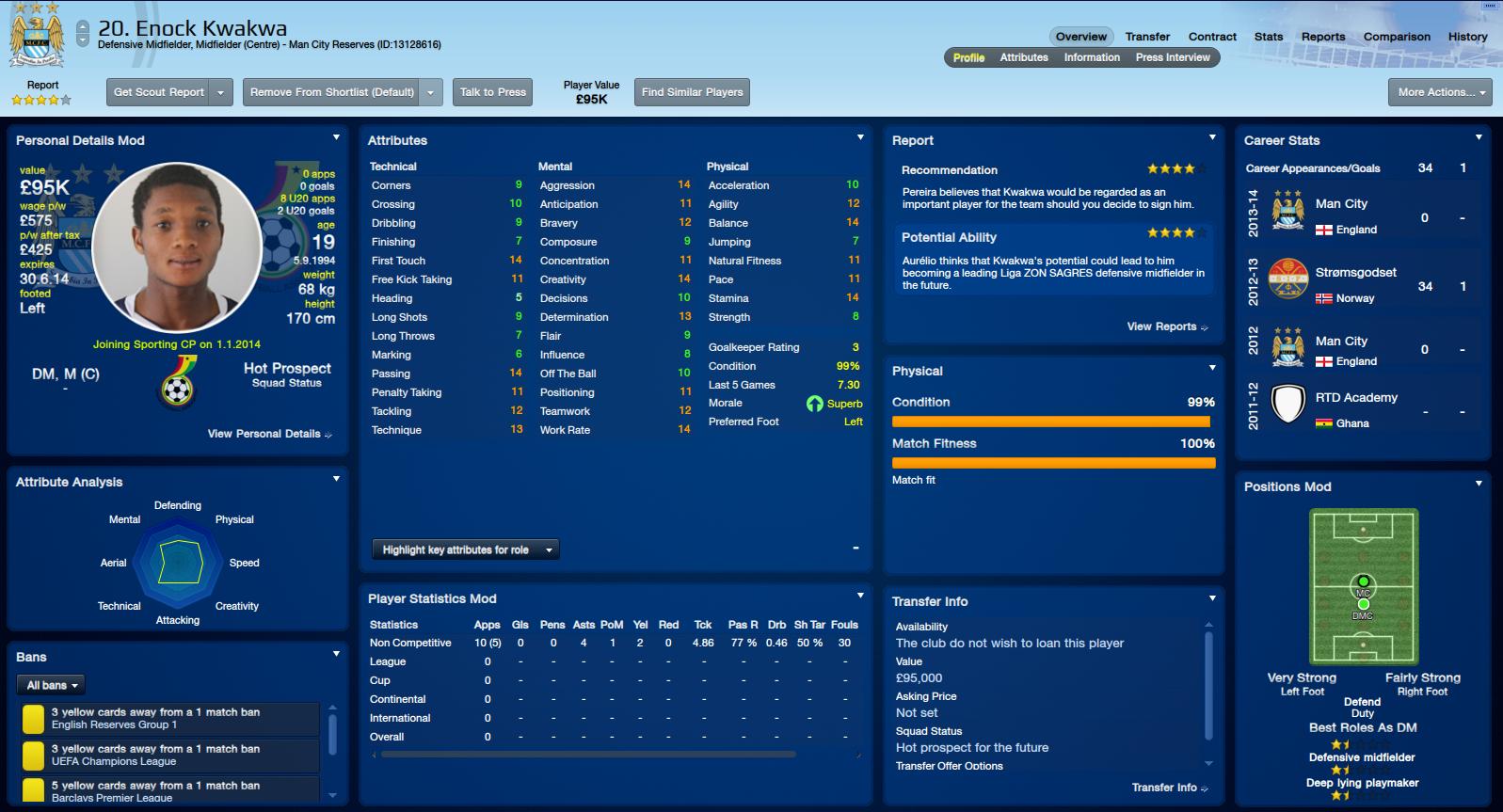 The FM Rookie
9 years
You forgot the bit where he was tutored by the world's most reputable manager (Nick Johnson) and won ten trophies under him :P

Blue
9 years
Thanks Patrick! There should be an update later today