I put a lot of effort into them

PS: Matthaus is not a zombie! Next person to say he is gets booted from General Chat

(I'm joking obviously. That would be pointless.)
Login to Quote

I know this seems like an odd number to celebrate the milestone of, but it isn't for me. 661 replies marks the story moving into third place on the list of all time most replied topics. I am absolutely ecstatic about this, and I hope you're all pleased too. The next milestone is 2nd of course, but I believe we can go all the way to the top! Remember to keep reading and commenting!

I reckon we can do it

- Empress Saimei builds the palace of Asakura in Kyūshū from trees cut down from the shrines. Two months later she died. People say it is because the gods are angry for destroying the shrines.

- King Munmu becomes the 30th ruler of the Silla dynasty.

- Emperor Tenji ascends to the throne of Japan after Empress Saimei's death.

- Empress Saimei builds the palace of Asakura in Kyūshū from trees cut down from the shrines. Two months later she died. People say it is because the gods are angry for destroying the shrines.

- King Munmu becomes the 30th ruler of the Silla dynasty.

- Emperor Tenji ascends to the throne of Japan after Empress Saimei's death.

Matthaus: "I'll Be Back Better Than Ever"

AC Milan manager Lothar Matthaus has insisted he has no concerns over his health, and will be back better than ever when he is fully recovered. Matthaus is recovering from a car accident which left him in such a bad state, paramedics pronounced him dead for six hours, before he miraculously woke up whilst in the freezer in the mortuary.

Speaking in his first press conference since being discharged from hospital following his accident, Matthaus said "honestly, I'm fine. I have absolutely no concerns over my health, and neither should any of you. The situation I went through was bad, but I'm just thankful I'm still alive and kicking. I'm also really happy that the Milan board have stuck by me through this. They could have easily got rid of me and replaced me with someone better, but they apparently think I'm the best man for the job. I can't wait to be fully recovered, and back out on the training pitch with the lads. I also feel this accident has given me time to unwind and relax, relieving all the stress on me. I believe this will have a deciding impact on me as a manager, and I'll come back even better than before."

Lothar Matthaus has only been in the job at the San Siro since February, after succeeding Manuel Pellegrini, although there were concerns raised over the security of his job following the revelation that he had survived the accident. Sacking two managers in as many months would seem very unprofessional of the club, and Matthaus hopes he can bring glory back to the Rossoneri, to make sure the board don't change their mind.
Login to Quote

JasonRM
8 years
Glad to see Matthaus is ready to get back to managing Milan to glory!

Once again a great update, keep it up Blue

Once again a great update, keep it up Blue

I enjoy writing the updates more than playing FM!
Login to Quote

Milan To Bid For Milner? 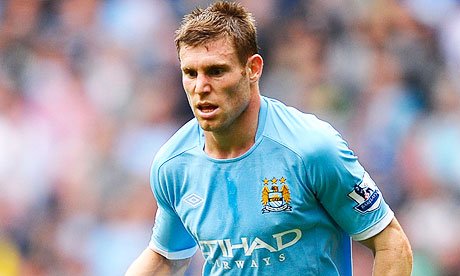 The biggest story in most of today's papers is the speculation that AC Milan are preparing a bid for Manchester City midfielder James Milner, who is allegedly unhappy at the Etihad Stadium, and also transfer listed. It is believed the asking price for Milner is around the £9m mark.

The reason Milan are believed to be interested in the Leeds-born midfielder is because the quality in the middle of the park is dropping, and fresh blood would revitalize the midfield and improve it. Milner is known by many football fans in England as a reliable go-to player, and this is another thing that has attracted Matthaus to the 28-year-old. He likes his consistent players. At Sporting it was Elias. At United, it was no-one. And now it Milan, he allegedly hopes it will be Milner.

Milner is unhappy at the Etihad due to a lack of appearances. This term he has made just four appearances for the Blues, all of them in the cup competitions. He is yet to feature in the league, and for a player just reaching his prime, it is not looking good for his career. He hopes a move away from Manchester will help him get his career back on track.

The England international moved to City from Aston Villa in the summer of 2010, for £28.5m, but has made just 73 league appearances in the last four years. He has also played for Newcastle United, boyhood club Leeds United, and had a short loan spell at Swindon. He remains the player to have won the most caps for England's under-21 side, with 46 appearances. He has also made 31 full international appearances. It is understandable why Milner doesn't want his career just to fade away.

Milner is a player that Matthaus has been interested in for some months, having initially made an approach to sign him whilst manager of Manchester United, although it was a move that was never likely to materialise, and it never did. City accepted the transfer offer, but Milner refused to discuss terms with the Red Devils.

So, will we see Milan make a move for Milner? Will his move ever materialize? We'll just have to wait and see. 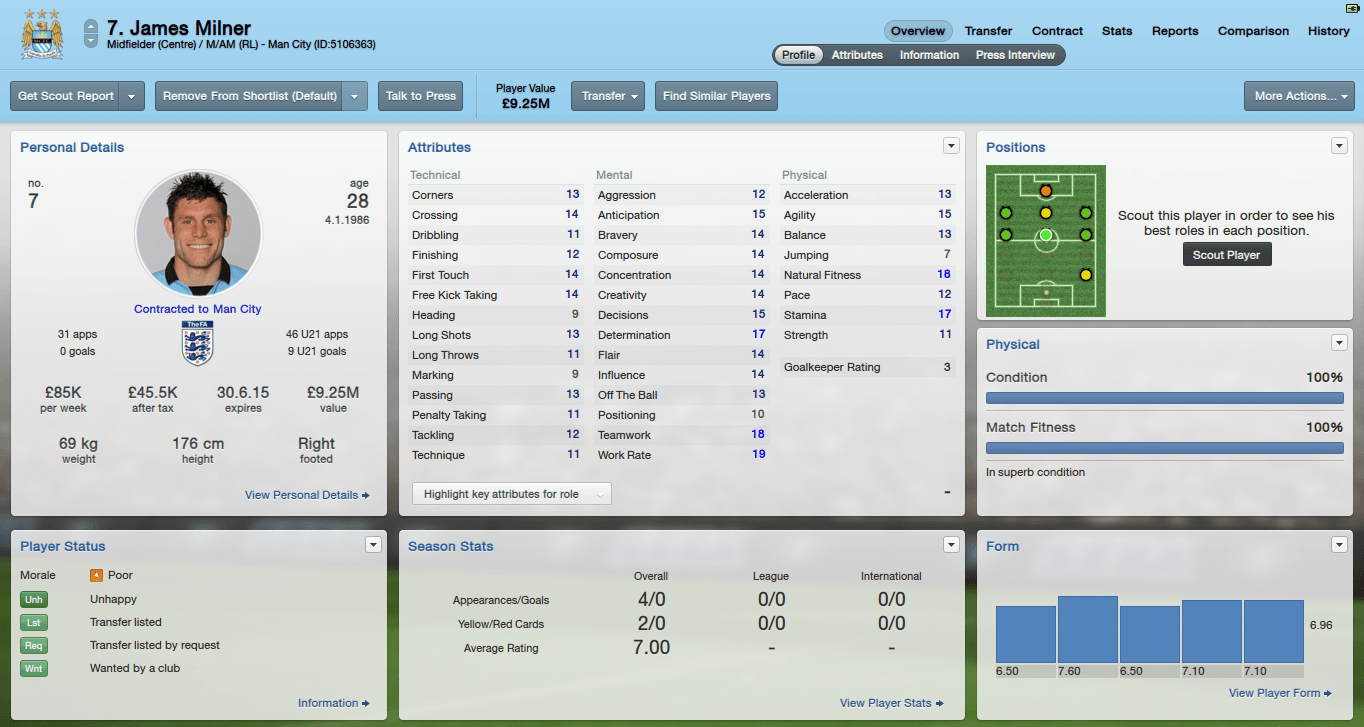 JasonRM
8 years
Milner, I wonder if he'll come to Milan

Good Luck with the season!

Justice
8 years
Zom- Matthaus is back

I can't wait for his first match back
Login to Quote