Throwing Out the Trash

Aside from releasing a host of youngsters from the club's youth set-up, David Beckham has also been at work stretching his transfer budget.

8 Aston Villa players have agreed to departures out of the clubs - with 3 of them permanent.

The first man out is the club's young striker Nathan Delfouneso who played on loan for Blackpool last season, scoring only 5 goals in 30 Championship appearances. Obviously, Beckham has not been impressed. The 22-year-old has made 30 league appearances and scored 2 league goals for Aston Villa, having joined the Lions' youth ranks as a boy. Once tipped to be the next star striker for Villa, he will now ply his trade for fellow Premier League side Fulham, for a fee of just 1 million. Next up is Jean II Makoun, the Cameroon international who joined Aston Villa in 2011, being purchased by Gerard Houllier. After Houllier's departure, however, he failed to hold down a first-team spot at the Villans and ended up going on loan spells to Olympiakos and Stade Rennais. However, he has finally agreed a permanent move out of Villa Park, returning to the Ligue 1 where AS Saint-Etienne was willing to pay 2.5 million for him. 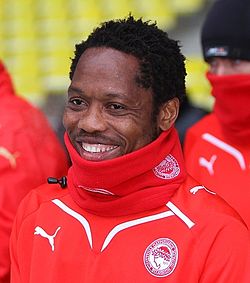 Young Austrian striker Andi Weimann has also agreed a move to Scottish champions Celtic for a fee of 2.5 million. Beckham has described this as "sad" and that the player had "potential to be a star player", but came to a decision to sell him after the arrivals of strikers like Mattia Destro and the prolific form of Darren Bent. However, Villa have cleverly inserted a 10 million buy-back clause into Weimann's contract at Celtic, which Beckham believes could be a "smart" move for the future. 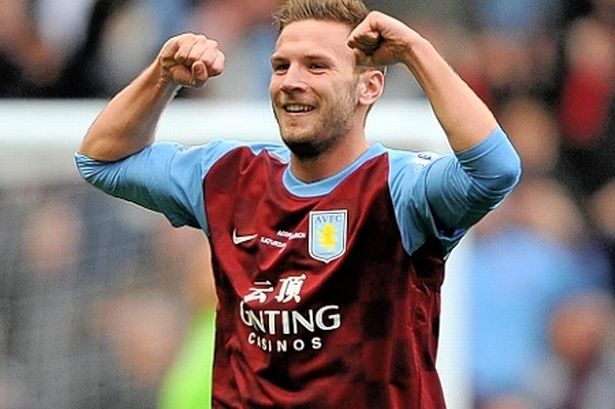 Christian Benteke has also left Aston Villa, albeit temporarily, with Tottenham Hotspur loaning him for the season. With the Spurs missing good quality strikers up front, it is hopefully an opportunity for Benteke to get playing time. 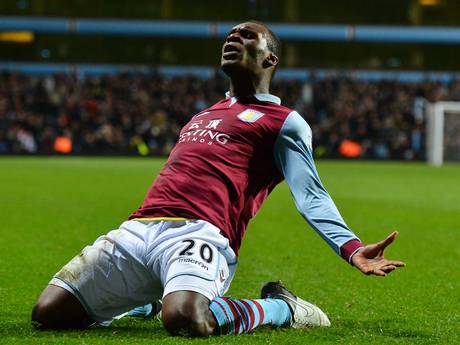 Other notable loans out of Aston Villa are the temporary departures of Marc Albrighton and Nathan Baker to Derby and Bristol City respectively.
Login to Quote

Jer
9 years
It's nice to give the players a chance to prove themselves elsewhere than rotting them at the club. I think that you should have a recall for Benteke if shit happens and if he doesn't get any game time as I've learned that the hard way. Great updates as usual!
Login to Quote 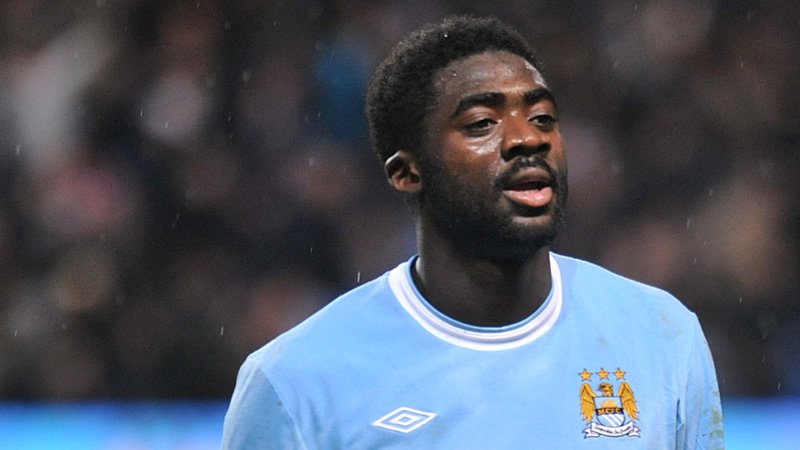 Kolo Toure has confirmed that he has reached an agreement with Aston Villa to sign for the Midlands club on loan until the end of the season. 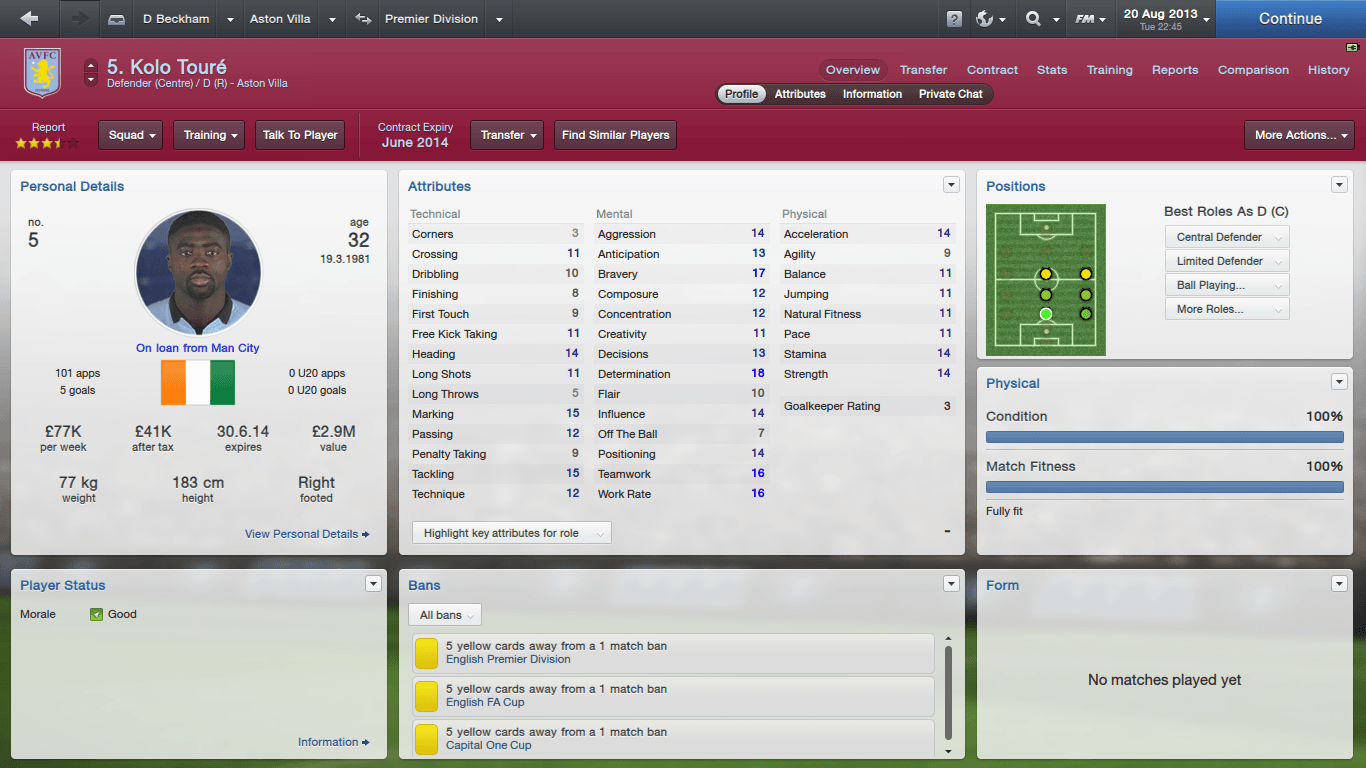 The Ivorian made only 17 appearances in the Premier League last season for Manchester City and manager Roberto Mancini has decided to let the 32-year-old go out to get some game time for himself.

Spending a period of eight total years at Arsenal, starting from 2002 after he was purchased from hometown club ASEC Mimosas, Toure joined City in 2010 for a fee of 14 million but began losing his place in the first-team by 2012. His brother, Yaya Toure, also plays for City.

The Ivorian international, who has won more than 100 caps for the African side, said in his unveiling as a Villa player: "It's quite the achievement to be able to work alongside someone like David Beckham. David is the reason I turned down other offers to come to Aston Villa. I think we'll have a successful season and hopefully I can play as many games as I can."

Toure is believed to have been brought in as a replacement for Nathan Baker, who broke into the first team last season but was bizarrely farmed out on loan once more this season to Bristol City.
Login to Quote

Another nice signing for the well-deserved Story of the Month

Glenn T
9 years
A huge THANK YOU to every single voter who voted this story for this month's Story of the Month.

As a result, David Beckham: From Hero to Zero has won me my SECOND Story of the Month award.

Thank you all, once again!

It was a pre-season to forget for Aston Villa as they played poorly and the summer signings didn't look too inspirational. David Beckham will be hoping that the season turns out differently. 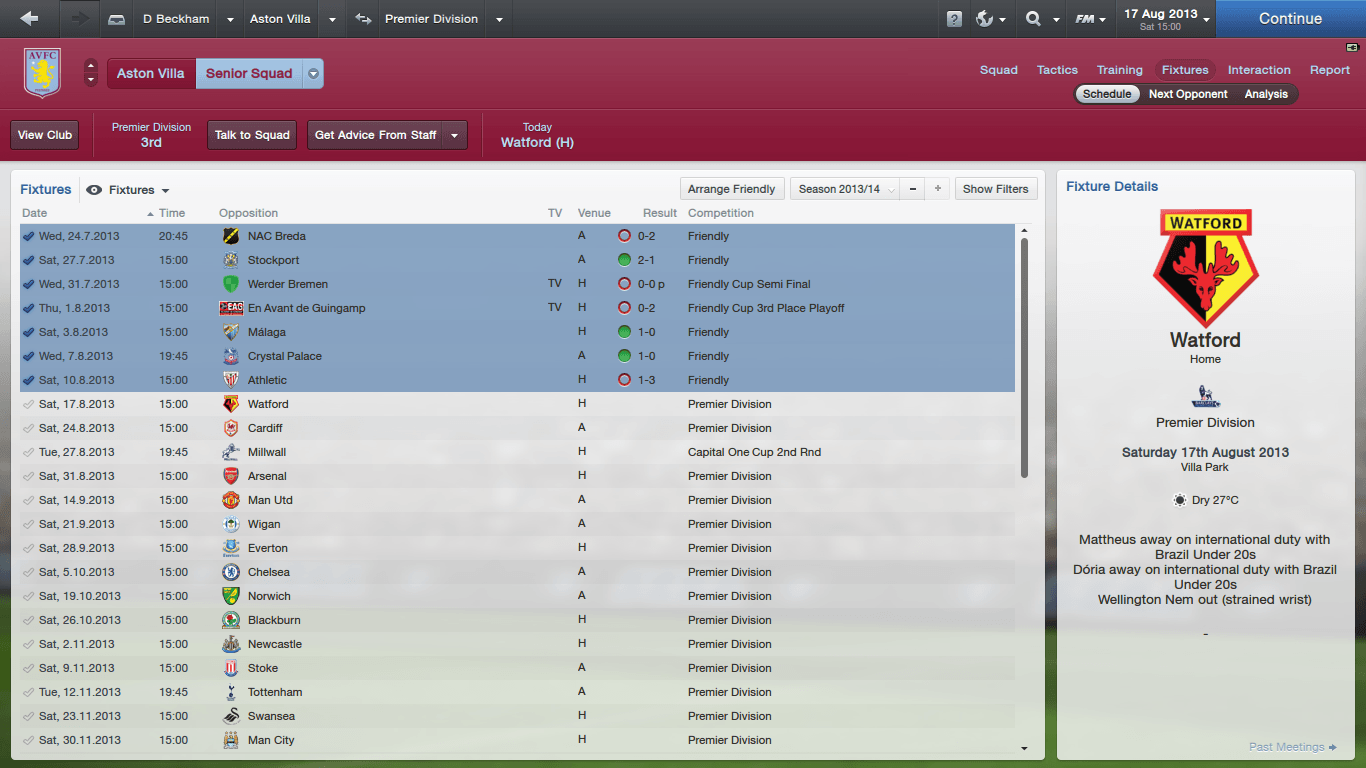 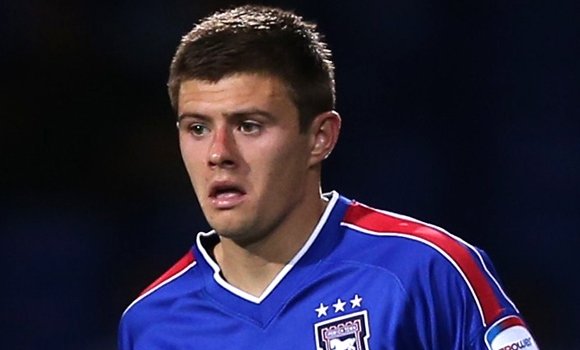 Aston Villa have announced the signing of Ipswich left-back Aaron Cresswell for a fee of 5 million. 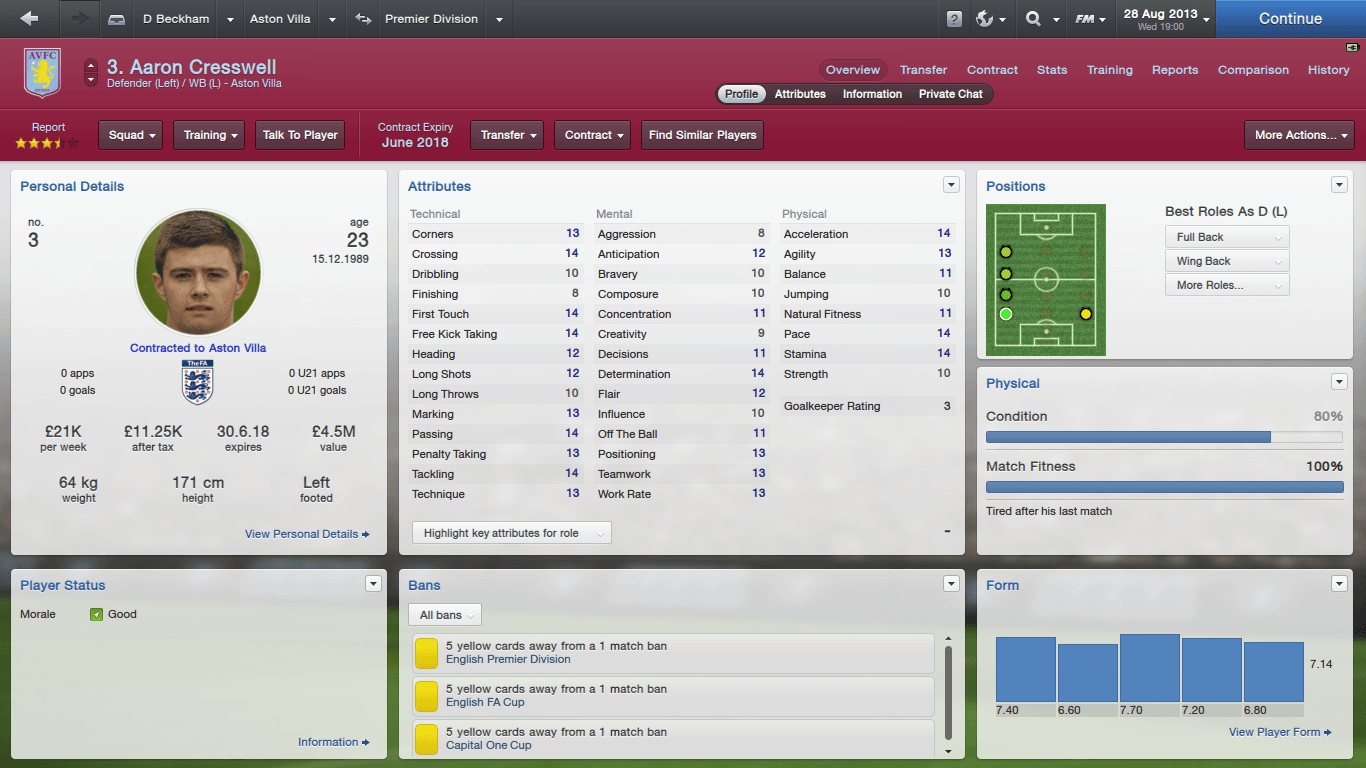 The 23-year-old joined Ipswich in 2011 from boyhood club Tranmere and finished his Tractor Boys career with 91 league appearances - where he has dazzled and impressed.

This has earned him a move to Villa, with his 5 million price tag costing 4.8 million more than what Ipswich paid Tranmere for his services.

When asked for his opinion on Cresswell, Lions manager David Beckham said, "Aaron is young and English, so that's always a good point. I like to have as many English players as I can on the team. He is a quality left-back and I've seen him play many times for Ipswich. I like his style, and that's why I've paid 5 million for him. Hopefully we can see him take these talents to the best league in the world."

Interviewed, Cresswell revealed, "I have followed Aston Villa and I am amazed by their incredible fan support. I can't wait to play for such a club."
Login to Quote

It wasn't the best of starts for David Beckham's Aston Villa start. Delivered a pummeling by Millwall and kicked out of the Capital One Cup at the 2nd Round, Becks will not be happy with his squad. 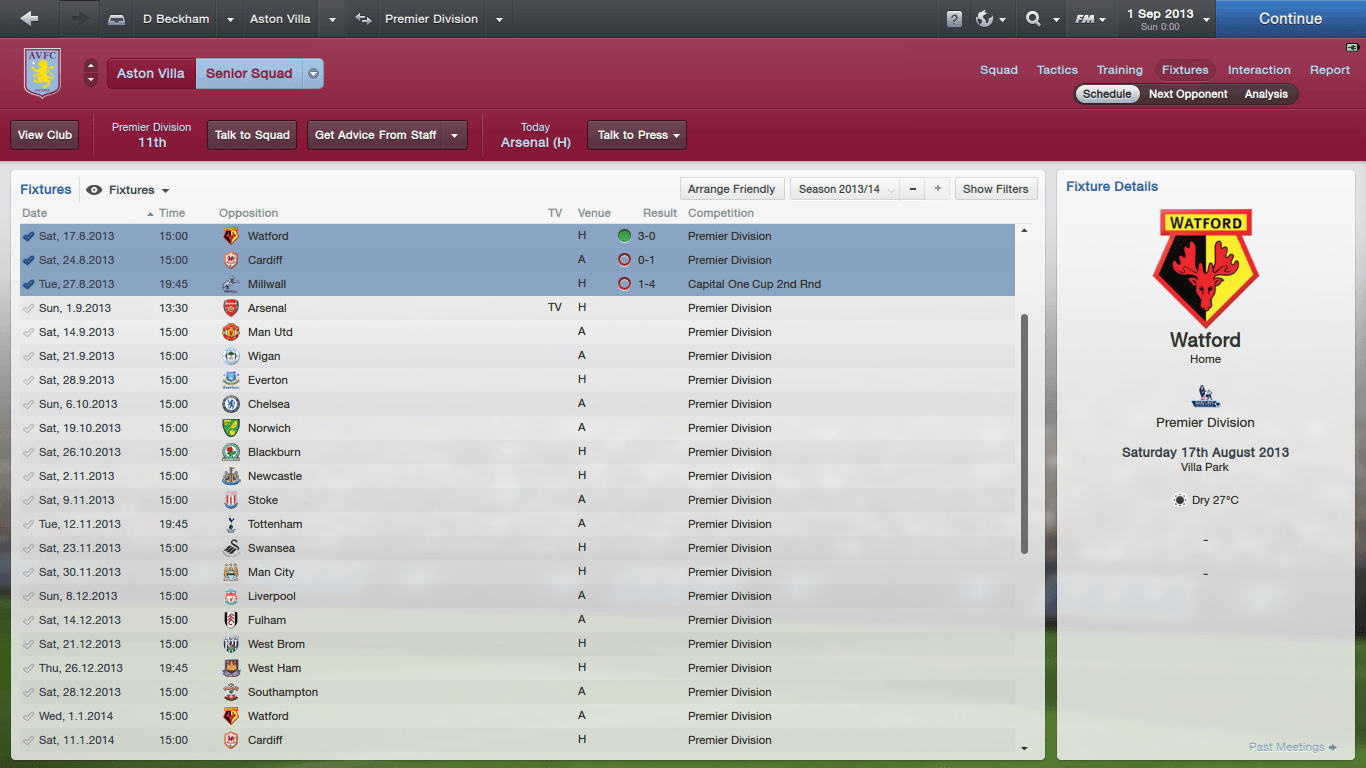 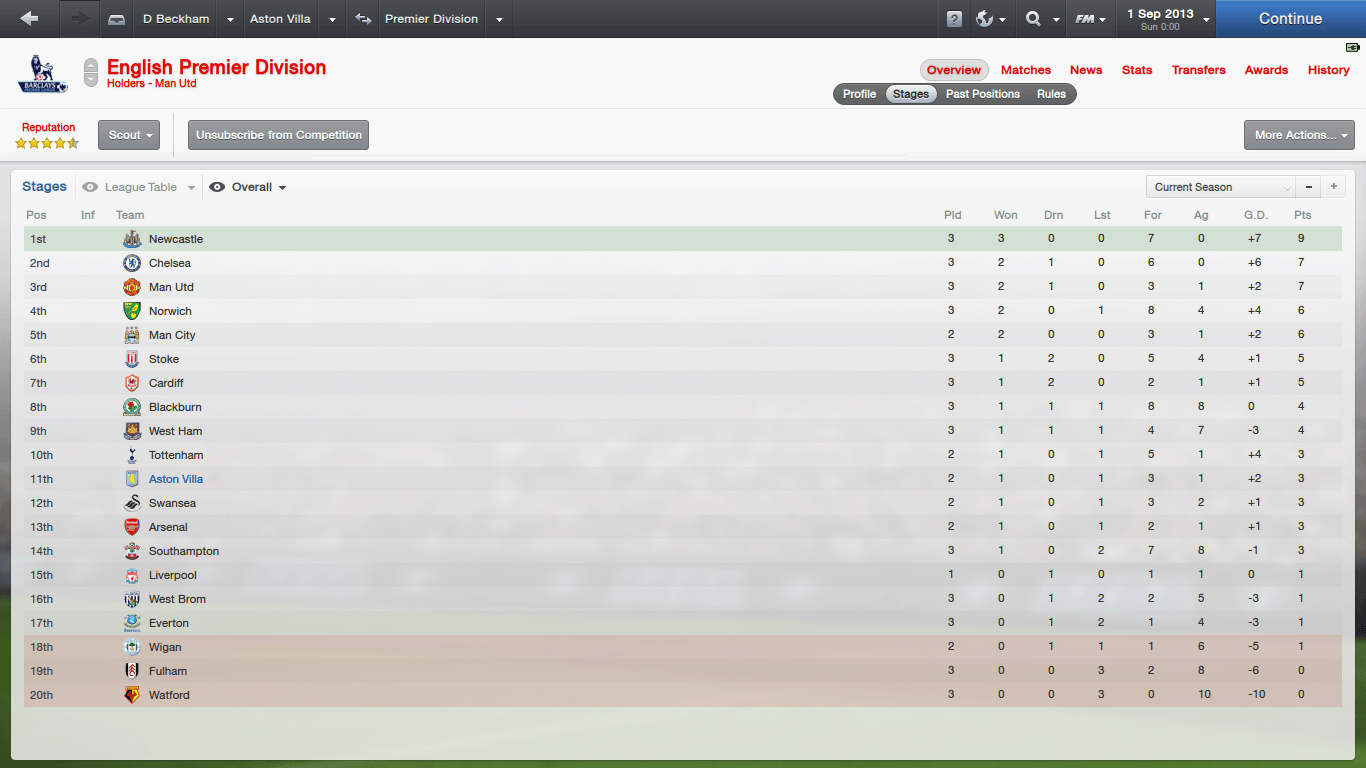 Capital One Cup Second Round

Ciaran Clark has clinched a runner-up position on this August's Player of the Month award, and rightfully so, with his brilliant performances in the back at the moment. 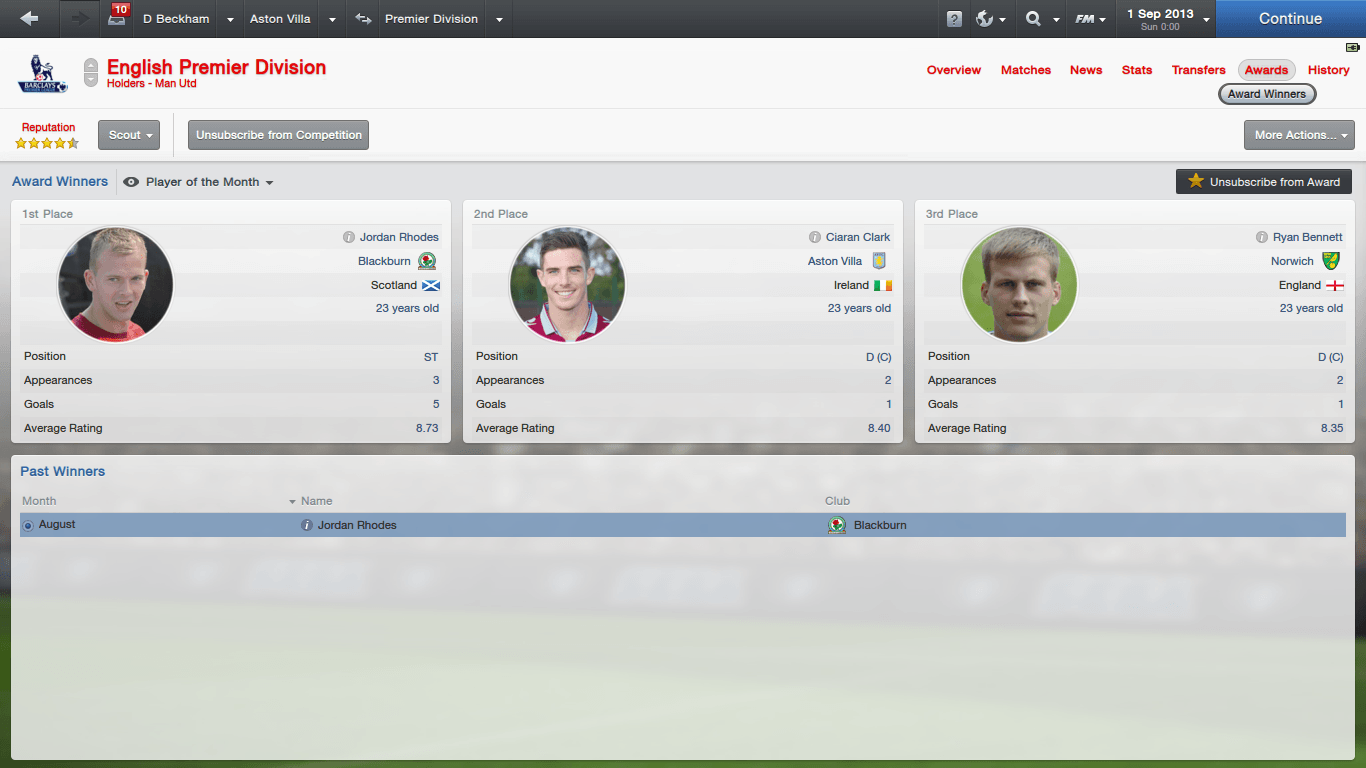 Anyone other than David Beckham would have went, "they are f**king shit", but instead, when asked about his goalkeeping options in the post-match press conference after Villa's Millwall drubbing, Beckham said, "It is indeed frustrating to have unreliable options."

Making the choice to start Shay Given after Brad Guzan's mistake that allowed Cardiff to score and eventually win 1-0 in their last Premier League game, Beckham's decision backfired as Given conceded 4 Millwall goals.

"Brad is not my ideal long-term goalie," Beckham also reveals. "I hope to get a quality young keeper sometime soon.

"Both of my current goalkeepers are not up to standard and it is indeed frustrating to have unreliable options."

Beckham's controversial words will have alerted both Guzan and Given, who will now be presumably doing all they can to save their future at Villa Park.
Login to Quote

Blue
9 years
Here's the solution: they're both crap, get Neuer instead

Both affordable and good players
Login to Quote

Jamesg237
9 years
A well deserved story of the month here! A great read.

Goalkeeper wise I would definitely recommend David Ospina, who I was gutted didn't do it for my team in the end as he couldn't get ahead of Pepe Reina. Ter-Stegen is an unbelieveable keeper but be prepared to pay a small fortune if you wish to obtain his services.

Keep it up Glenn!
Login to Quote

Louis O.
9 years
More of one for the future, but you should try signing Alex Smithies.
Login to Quote

Glenn T
9 years
Thank you for the brilliant comments guys.
Login to Quote

It has been one busy August for David Beckham's Aston Villa side. 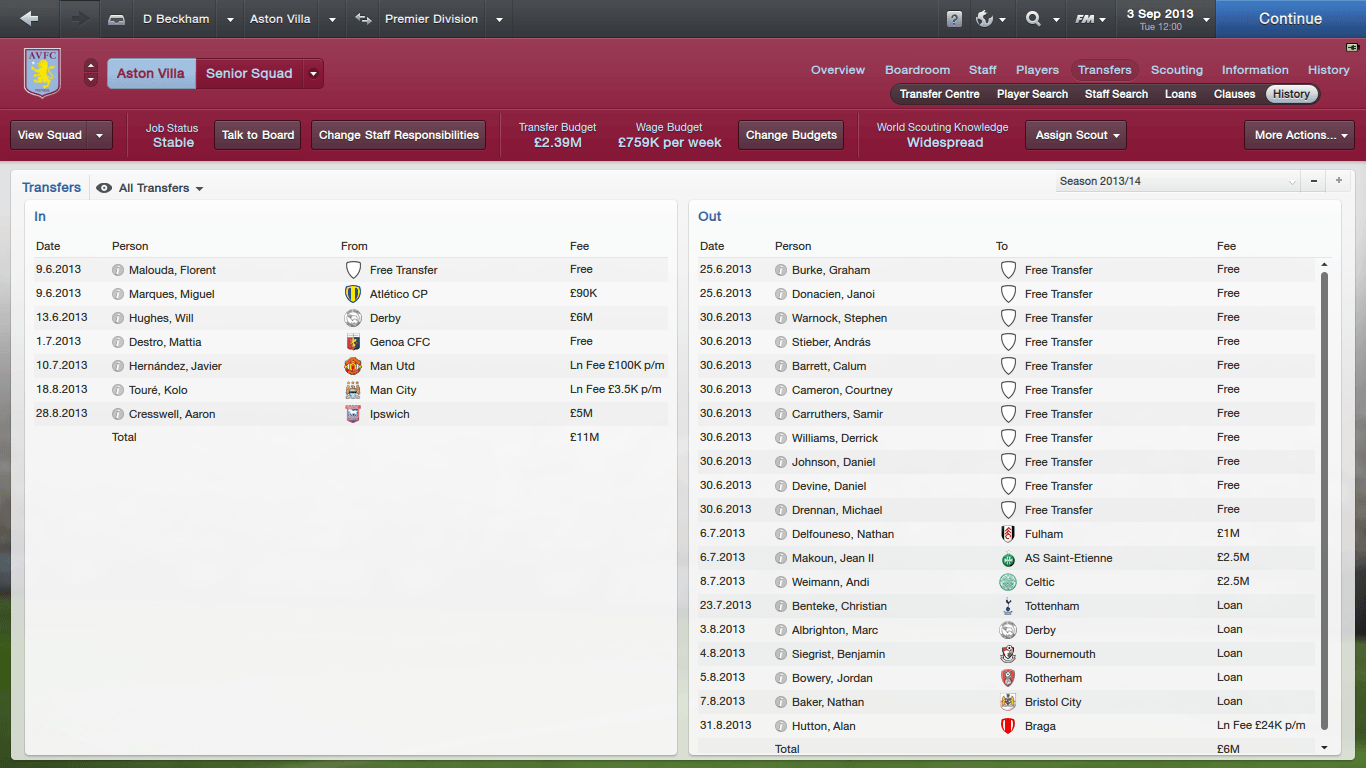 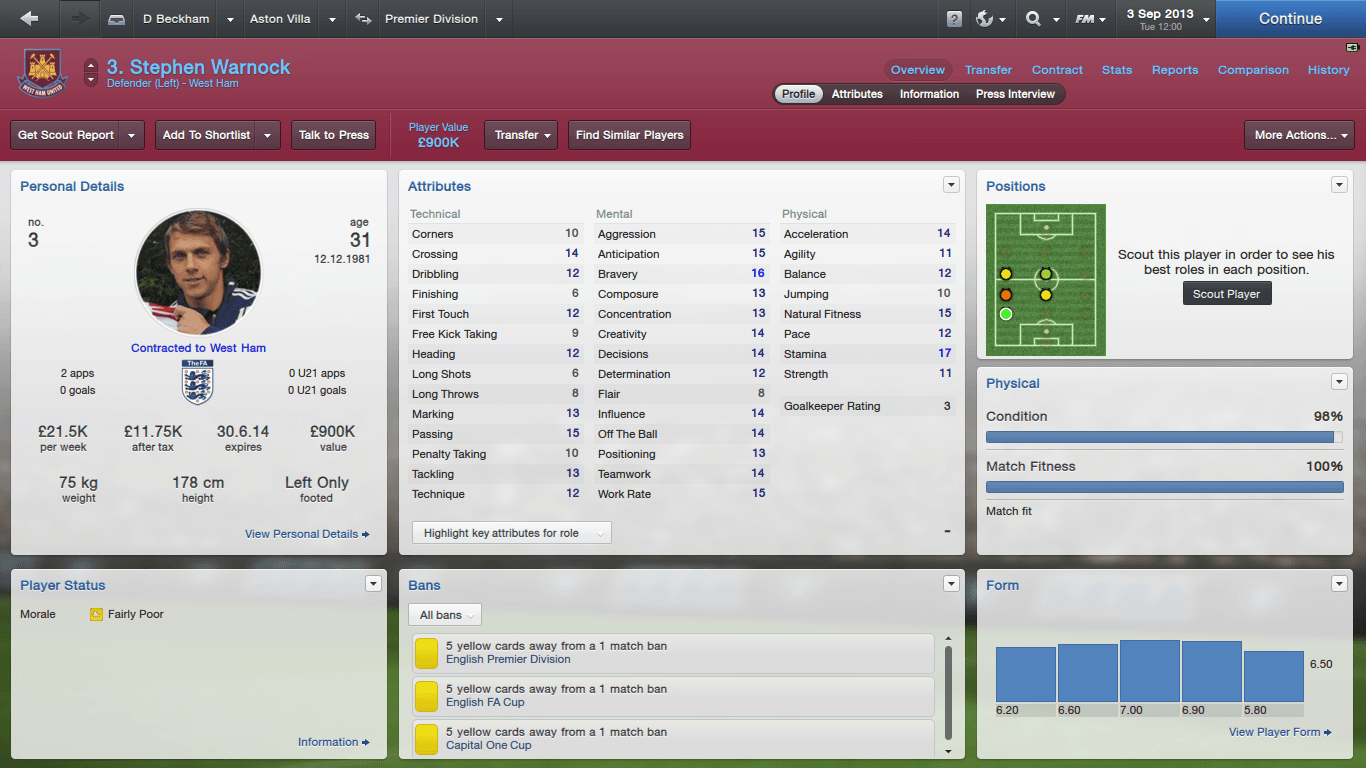 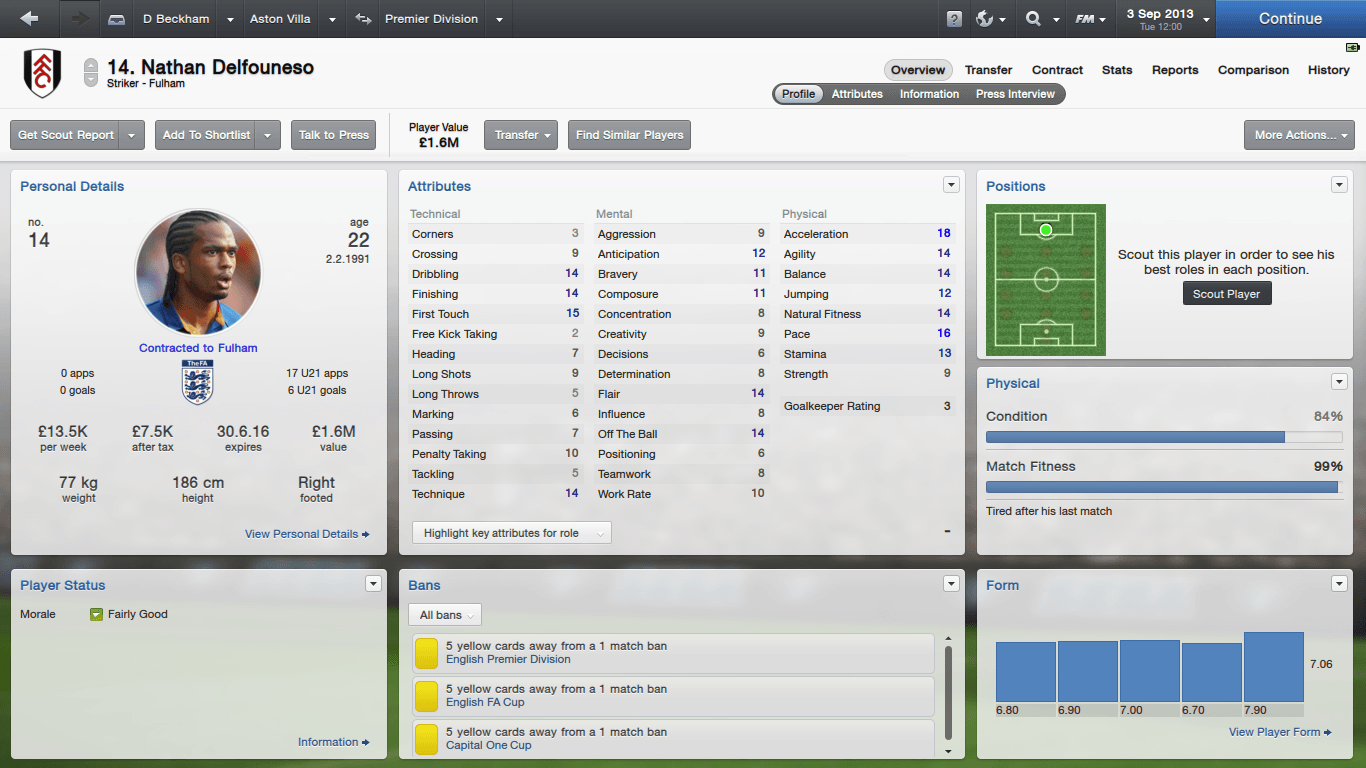 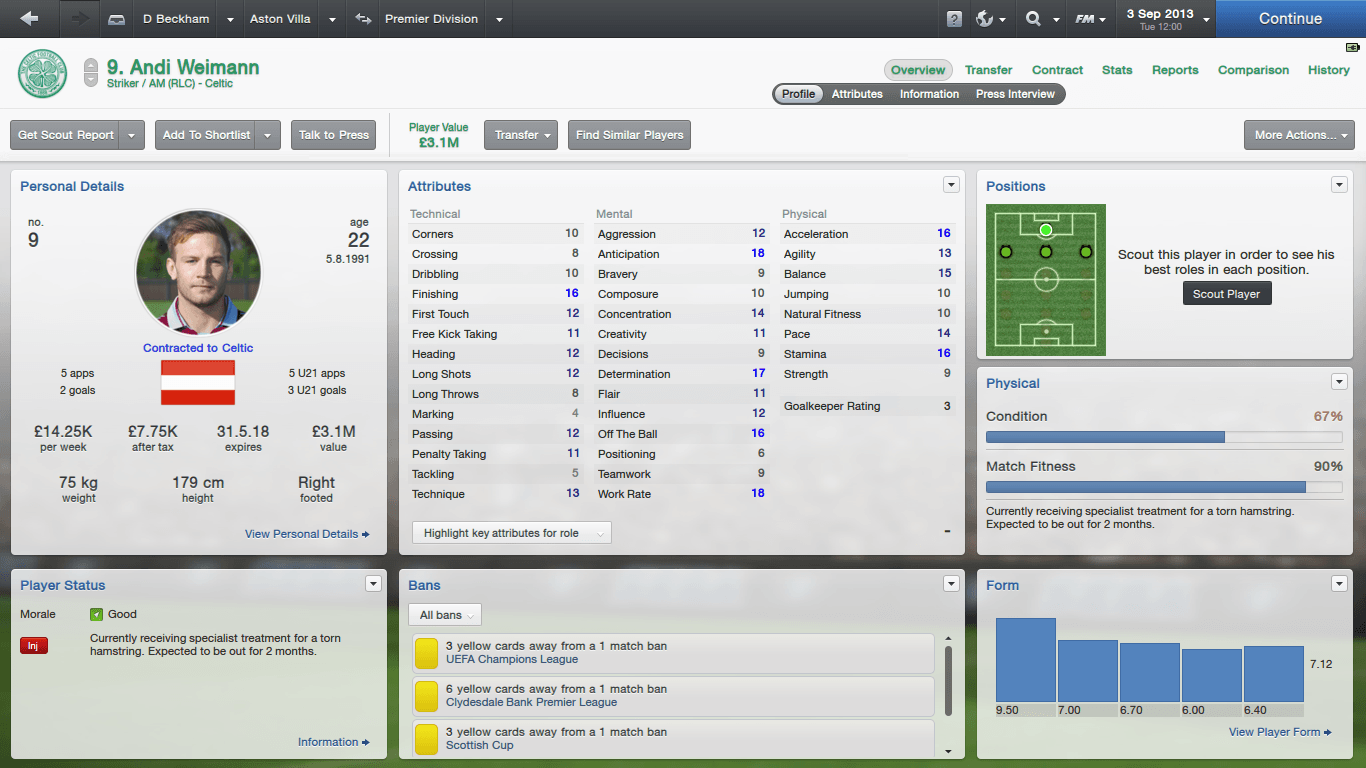 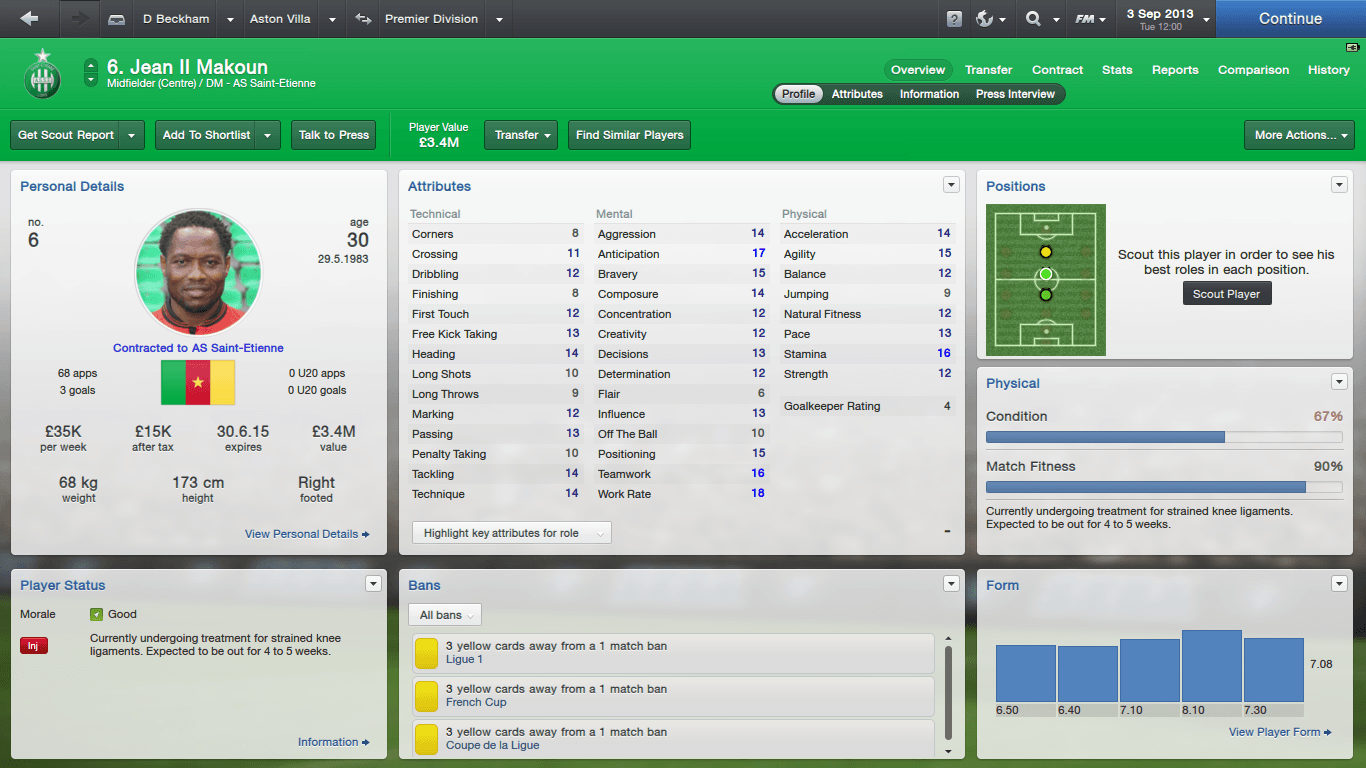 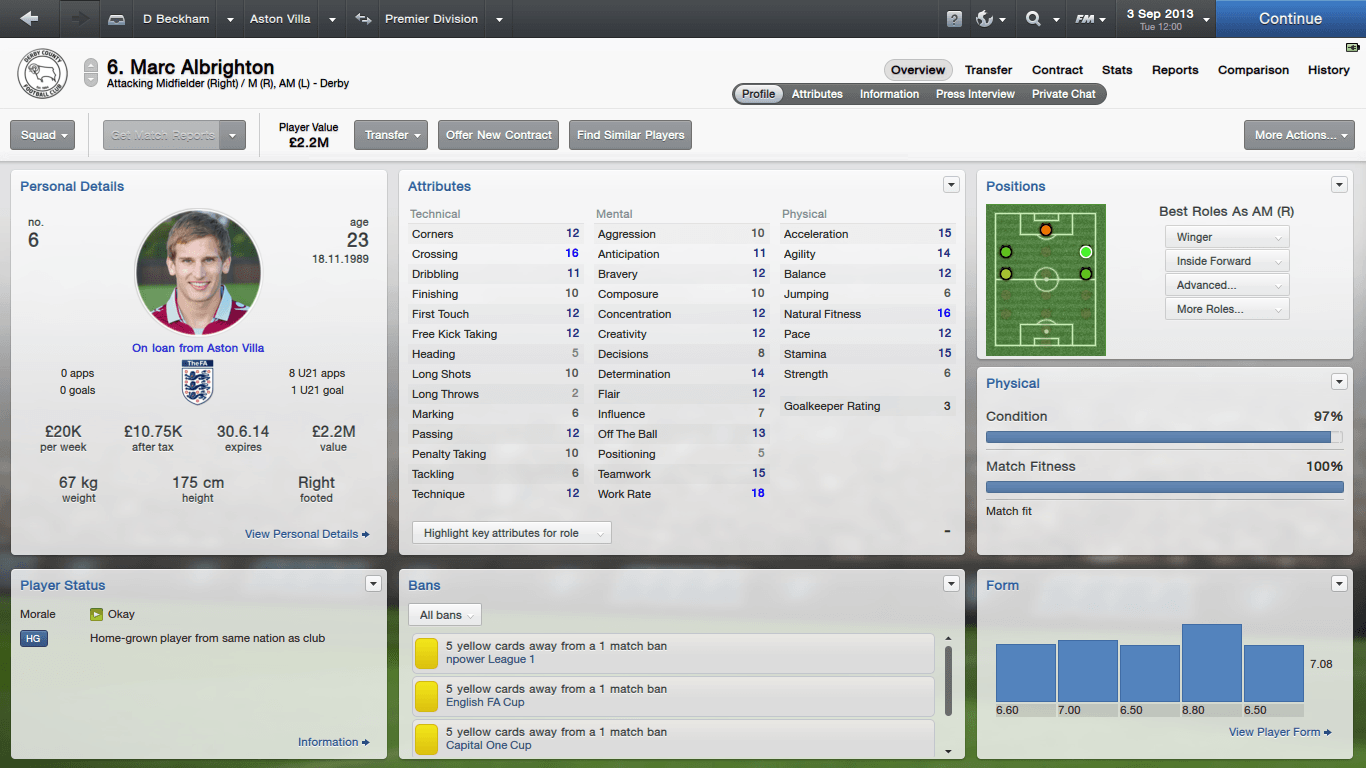 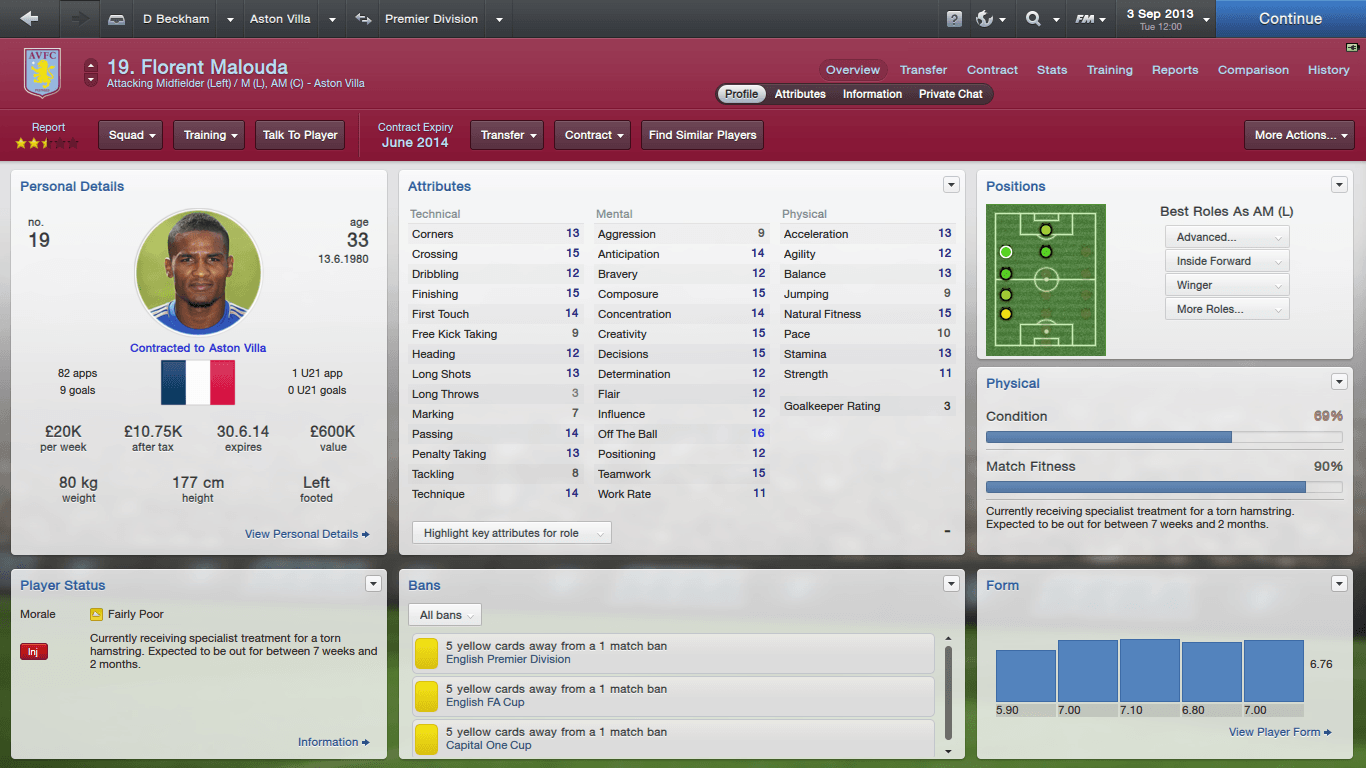 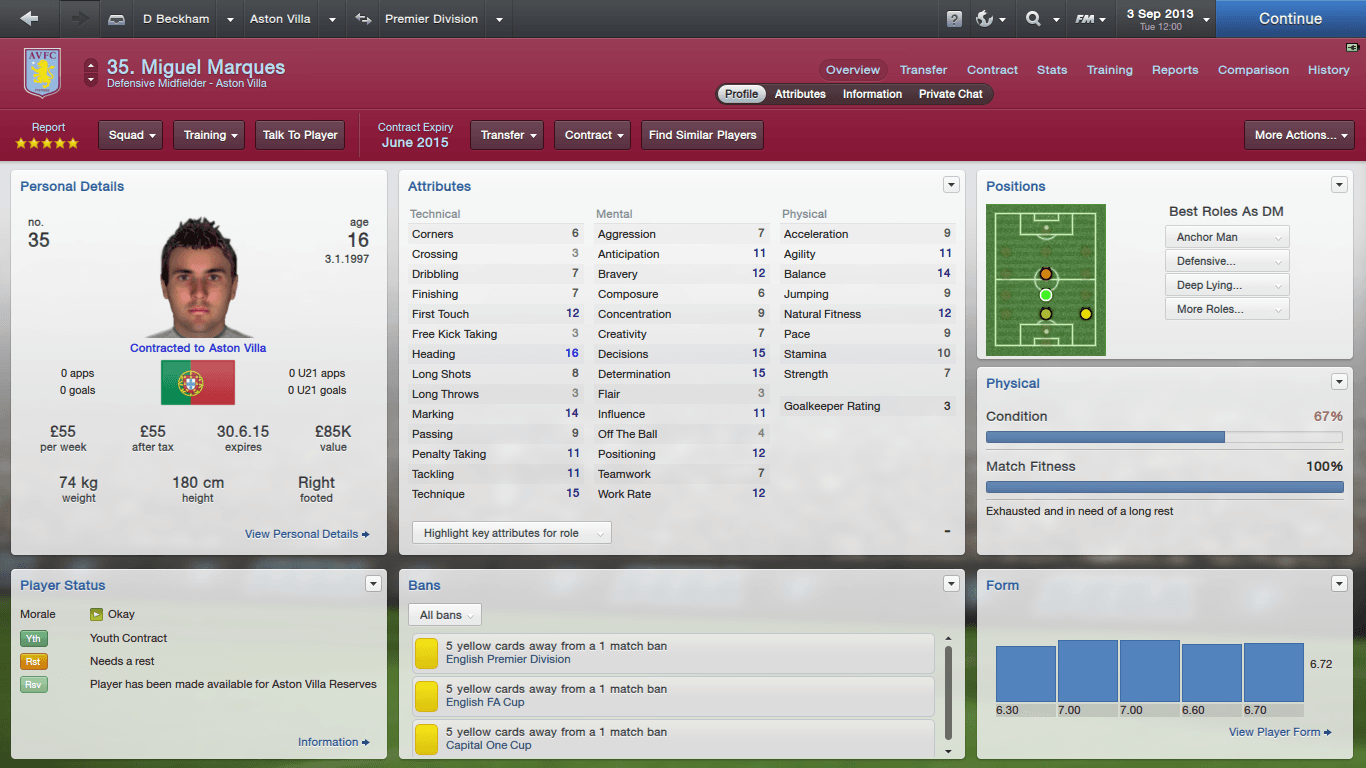 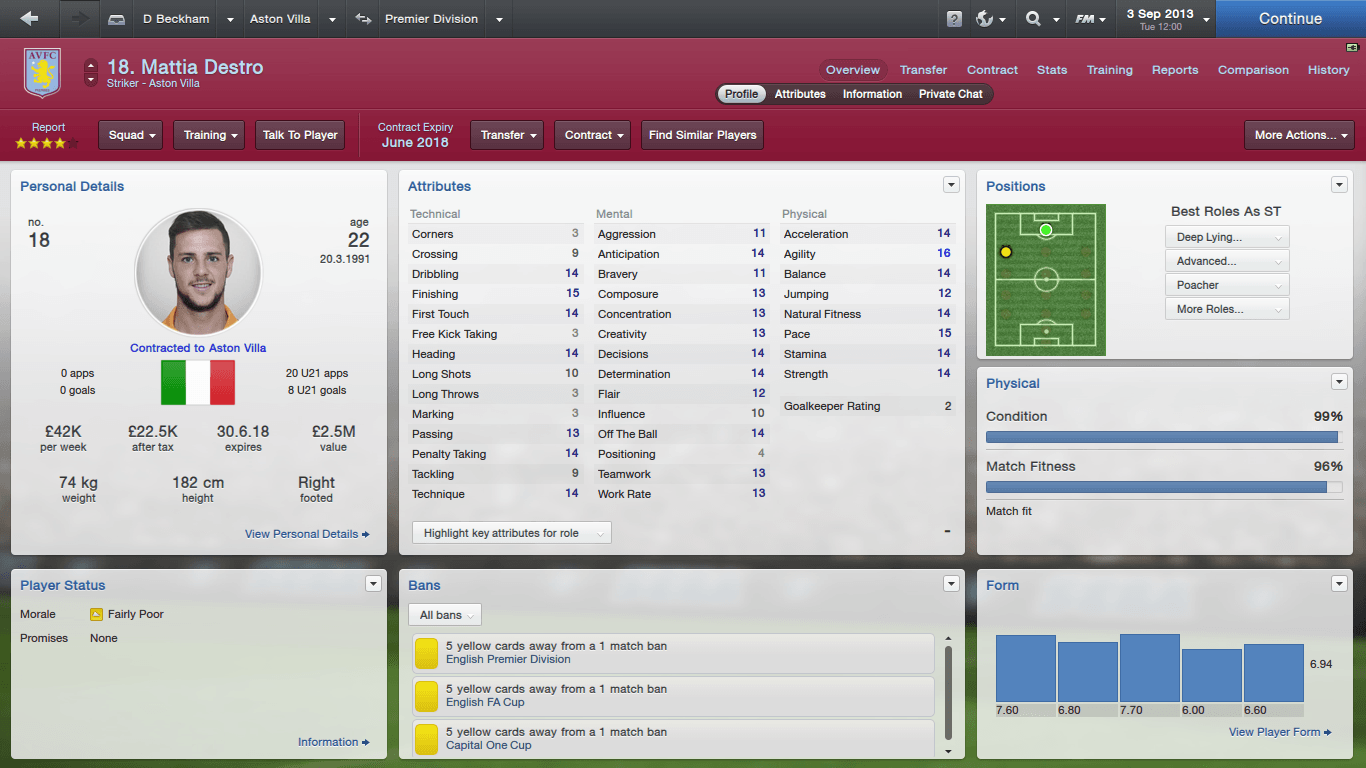 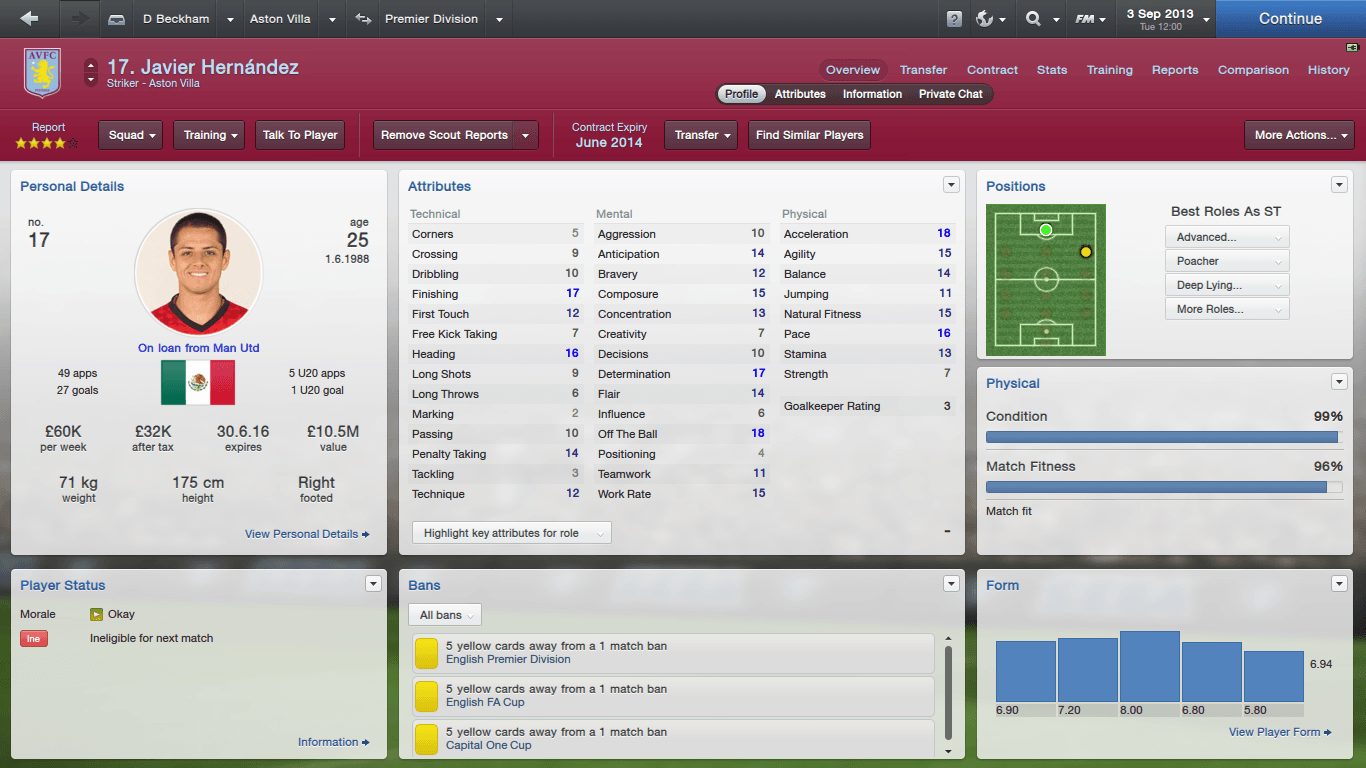 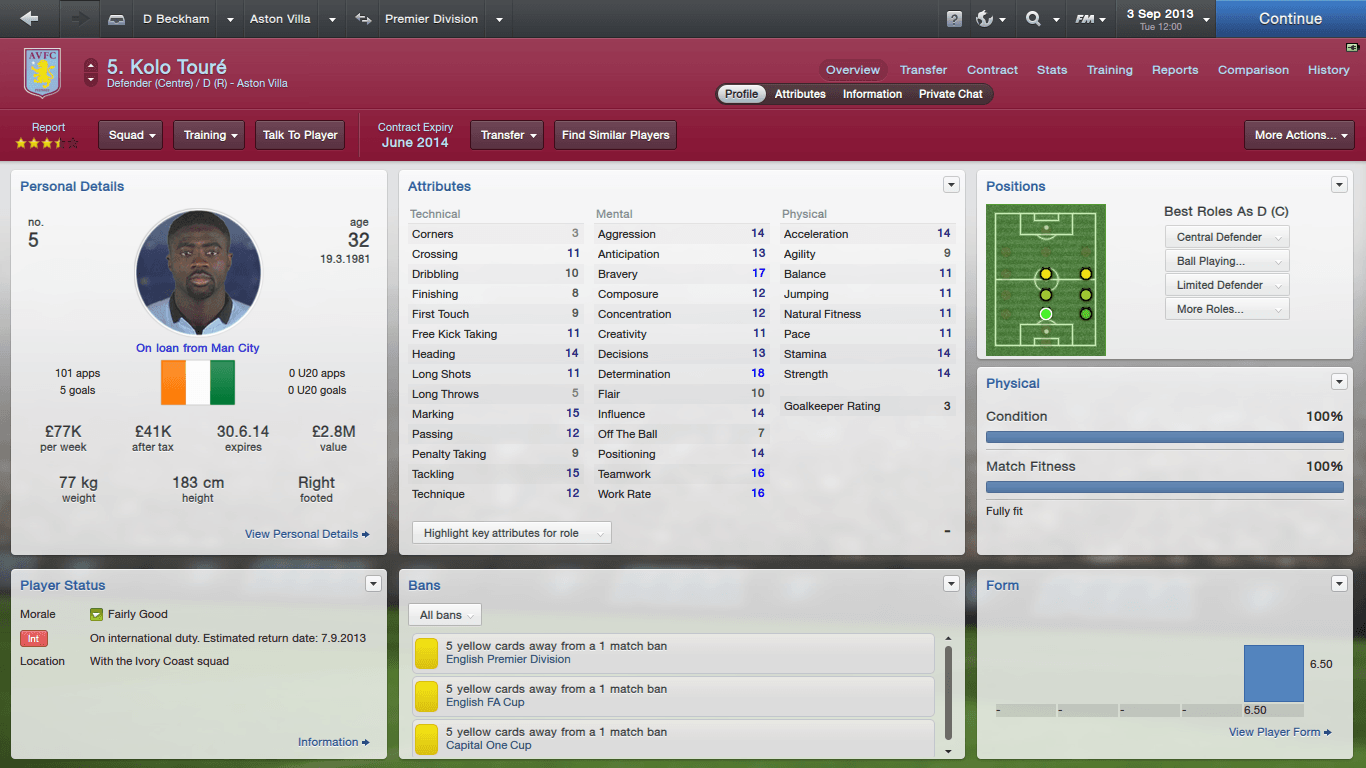 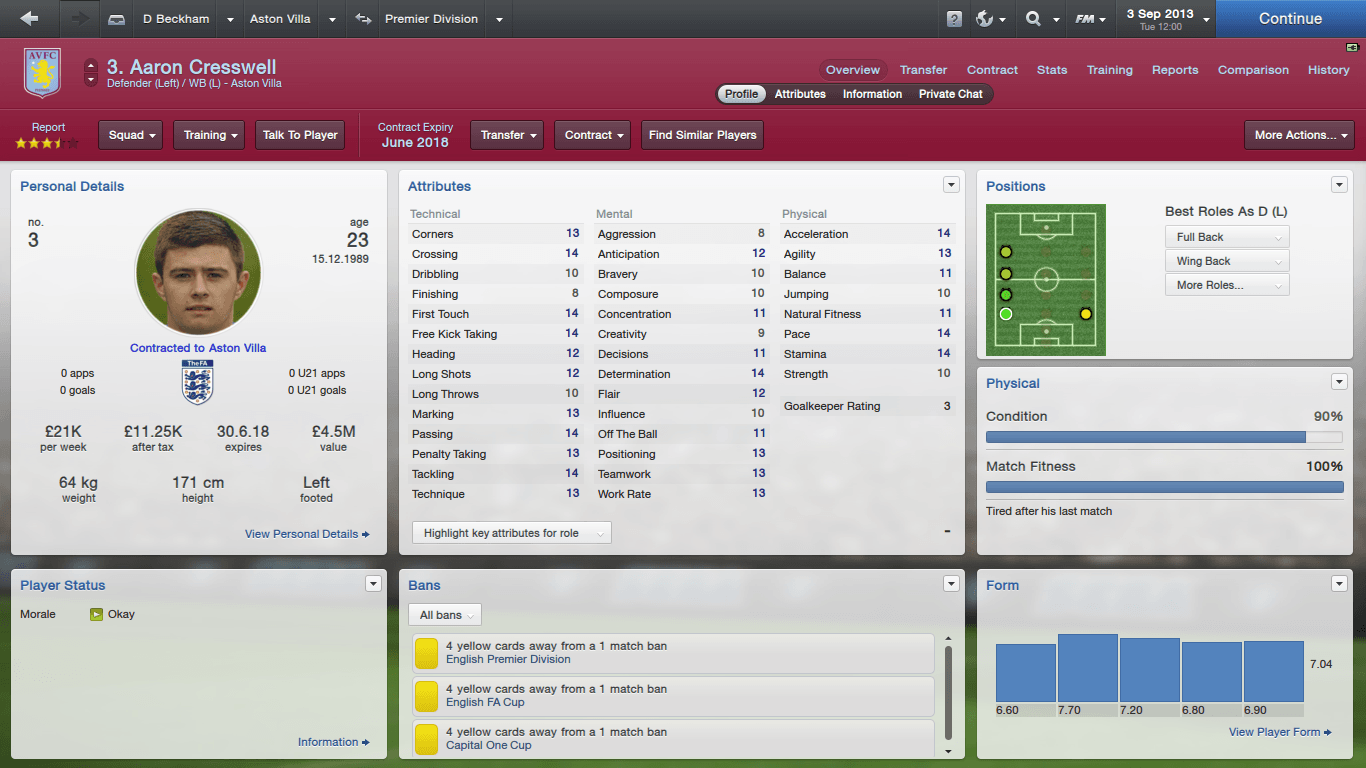