Glenn T
9 years
My story now has a grand total of 69,000+ views and I thank you all for your support so far. 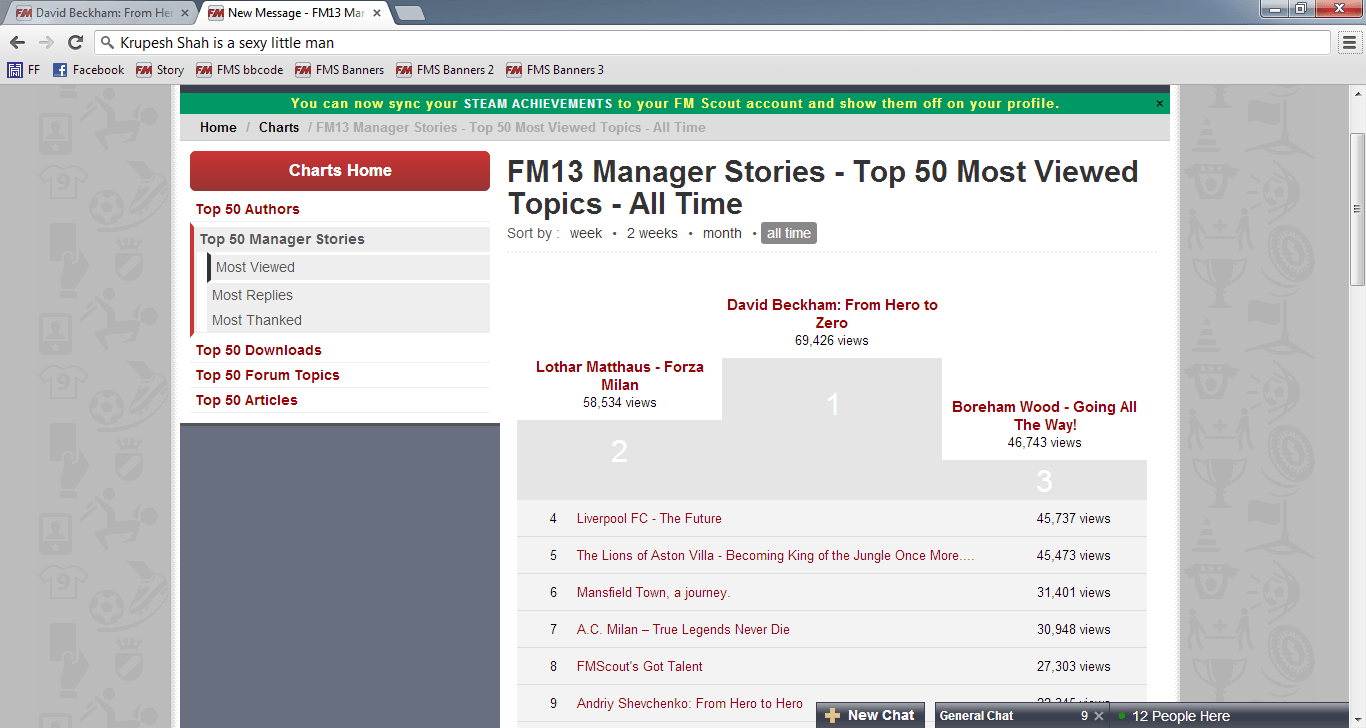 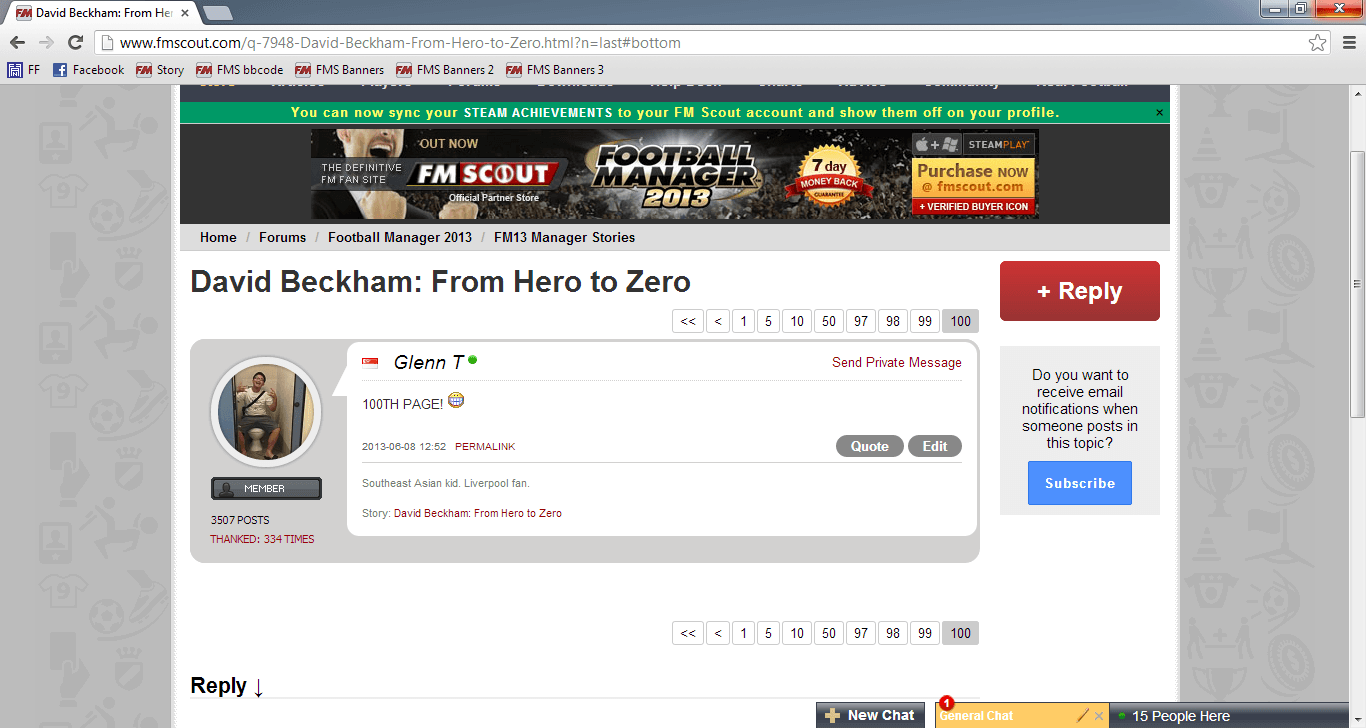 Thank you for all of your support! I appreciate every single view and comment and I hope you continue as I push on towards 100,000 views

From Starlet to Star 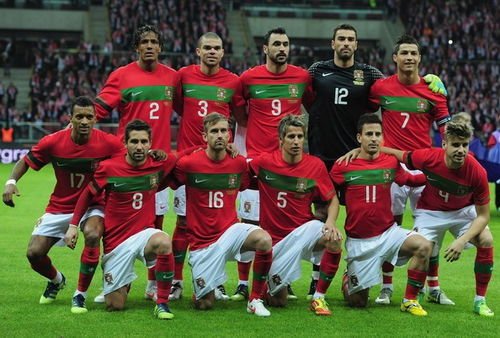 The 18-year-old started their friendly match against the Czech Republic and played the full 90 minutes, impressing national team staff with his solid performance.

Borges was promoted to the Bayern first-team this season to serve as backup to Ryan Garland. So far in the season, Borges has made 3 appearances in the Bundesliga, as well as scoring 3 goals, a magnificent stat for a right-back. 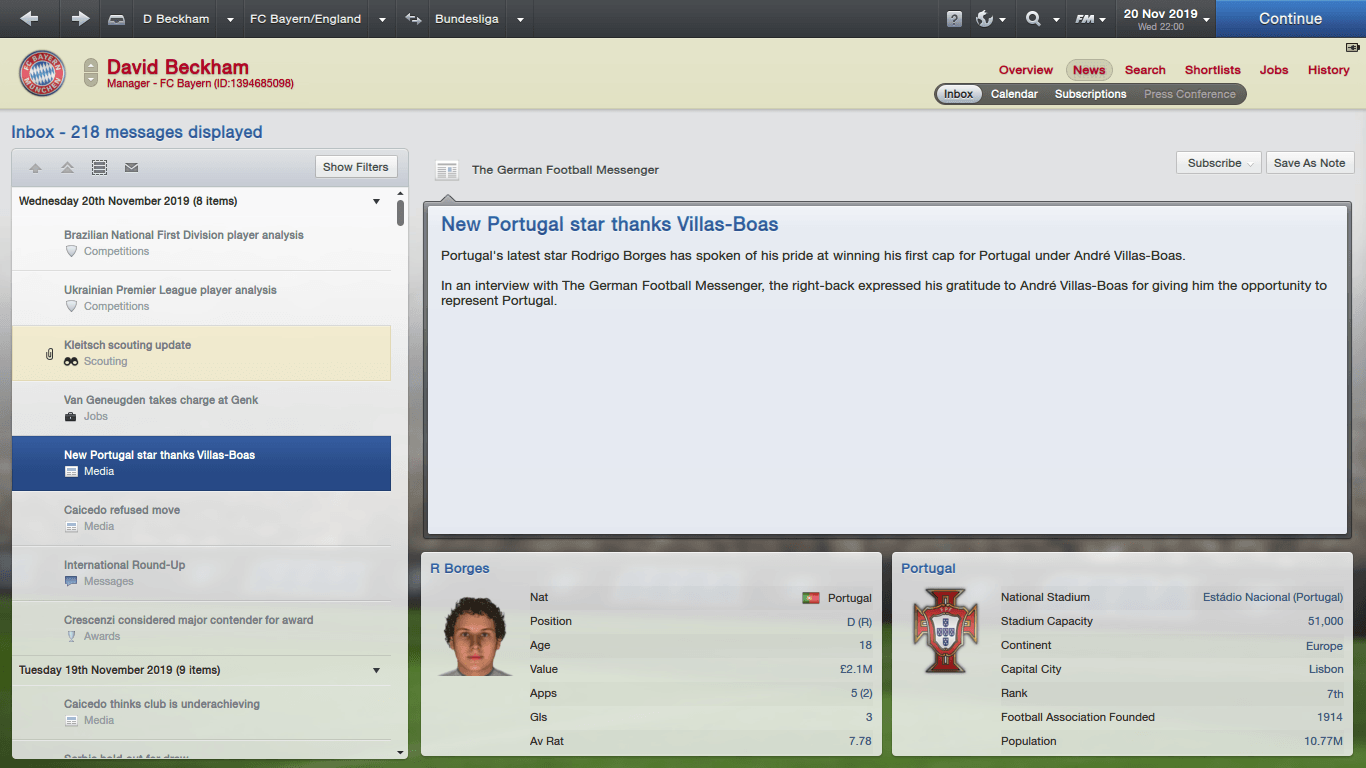 "It is such a delight being able to play for Portugal," Borges said, speaking to the media in his native Portugal. "Since I became a footballer the dream was to represent my country. And it is crazy now that I've been able to achieve it. Those 90 minutes were one of the best 90 minutes in my entire life.

"I know it must not be easy to look over other more experienced defenders to call me up for the first team, so I have to thank Andre Villas-Boas for that. I think he is a very good manager and to work with him is great."

Villas-Boas has also heaped praise on Borges, with the former Tottenham, Internazionale and Marseille manager saying, "Rodrigo played like he's been an international player for years. I will definitely be looking at him for the upcoming international games, and possibly even the Euros." 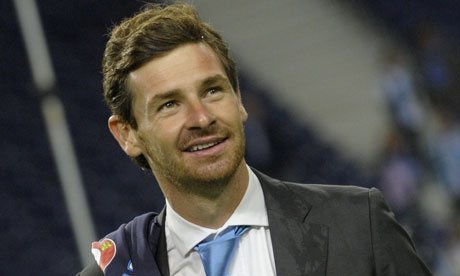 With Euro 2020 at the end of the season, Borges has certainly made a push for Villas-Boas to include him in the tournament squad.

"I am unsure if Andre is thinking of calling me up for the Euros but it would be great to be able to play in a major tournament at my age. It will be a very good experience for me. But it's at the end of the season anyway, so for now I will get my head down and go back to playing well for my club."
Login to Quote

Jozef
9 years
3 goals in 3 games for a right back. WOAH
1
Login to Quote 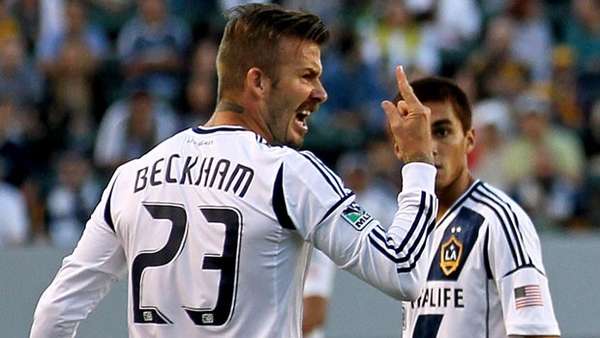 Bayern Munich manager David Beckham has hit out at his predecessor at Aston Villa, Malky Mackay, for "shirking responsibility".

Aston Villa currently lie 13th in the table, with 14 points taken from 12 games, after their miracle season last year when they finished 2nd, just a few points below title winners Manchester United.

In a press conference which will have angered the Villa board, fans and players alike, Mackay has condemned the club's training facilities and squad players for their recent form.

"It is not my fault," said the former Cardiff boss. "The way Randy Lerner has been refusing to upgrade our training facilities, such results are only to be expected.

"You should also blame the players if you want to blame me. They have not been up to par and have been playing badly. I am clueless why every one wants to blame me and me alone." 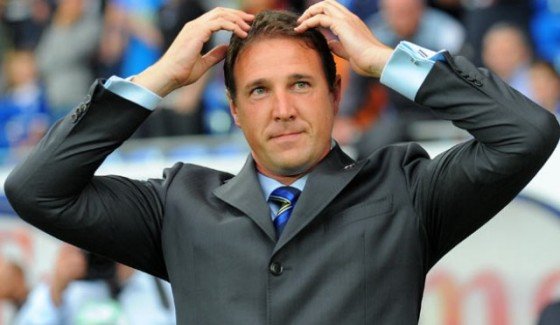 Sky Sports reporters traveled to Munich to get a reaction out of Beckham.

The 44-year-old won numerous trophies with Aston Villa in his time at Villa Park.

"I have tons of respect for Malky Mackay," Beckham told Sky Sports. "But I've watched what he said recently in his press conference. I think it is a load of bull to be honest completely honest. If you are the manager, it is your fault. You should not shift the blame to your players or the board.

The under-pressure Mackay has also been unable to win over the dressing room like Beckham had done in his time as manager.

Mackay has had feuds with Turkish winger Gokmen Hacieyupoglu and Italian prospect Walter Chini, both of whom are now ready to quit Aston Villa.
Login to Quote

Time to get it published?

patrick1
9 years
This is the most magnificent story I've ever read! Ever thought about writing a book

all that effort you've put in makes me look embarrassed

you jerk lol
1
Login to Quote

Louis: Oh trust me, you don't want me to answer that