In Exchange: Paying for a Prospect

Aston Villa have completed the player exchange deals for young striker Adam Campbell to move to Villa Park, and winger Charles N'Zogbia has agreed a deal to move the other way to Newcastle. 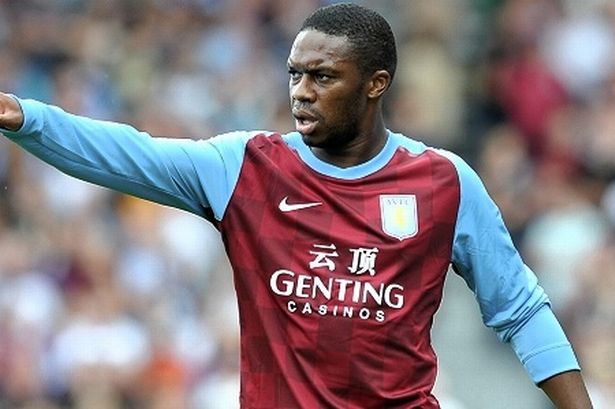 N'Zogbia joined Aston Villa only last season from Wigan Athletic, but did not impress much, having an average first season, scoring 2 goals in 30 league appearances. However, he has now returned to the club where he'd started his career, and where he played for from 2004 to 2008. He made 118 appearances for the Toon and is now set to increase that number.

The 26-year-old winger, who has been capped twice for France, has said that he is "genuinely shocked" at the move, which he describes as "something that went very fast" and that "both sides' (Aston Villa and Newcastle) managers did not waste any time".

"Obviously, it is a pleasure to return to Newcastle," reveals N'Zogbia. "But I also really liked it at Villa and it's saddening to leave after just one season. I wish them success in their season. Having David Beckham on board is brilliant and my only regret is not being able to have worked with him."

New Villa recruit Campbell said that the move was "exciting" for him especially because of the chance to work under national legend Beckham, but primarily because he claims that Beckham has promised him first-team football.

"To work under an England legend like David Beckham is exciting and I honestly can't wait," says the 17-year-old.

Aston Villa will officially be Campbell's first professional club, as the youngster had not signed a professional contract at Newcastle prior to the move.
Login to Quote

27-year-old Nigerian midfielder Ayila Yusuf has agreed to join Aston Villa on a loan deal until the end of the season from Dynamo Kyiv. 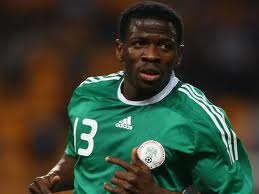 The Nigerian international, who primarily operates at center-back but can also play in defensive midfield, has described Aston Villa & the move as "temporary refuge".

"I have been nothing less than a backup player in my 9 years at Dynamo Kyiv," said Yusuf, who joined the Ukrainian club as a youngster in 2003 from hometown club Union Bank. "Joining Villa and playing in the Premier League will hopefully get other clubs to notice me. Maybe I will even join Villa permanently at the end of the season. We will see."

Yusuf is understood to be on bad terms with the management at Dynamo Kyiv, citing continued rejection of first-team football and transfer requests as the primary reasons.

"The new manager (at Dynamo Kyiv, Oleg Blokhin) says that he will be giving me a chance but all I have been doing this season is sit in the Reserves, so I hope that I can finally move away from Dynamo Kyiv after my spell at Aston Villa."

Beckham is understood to be wanting to play Yusuf primarily in the defensive midfielder position. The 28-capped player will wear the number 25 for the Villans.
Login to Quote

Brilliant new banner for this story, made by the awesome moderator Blue. Thank you mate!
Login to Quote

Thank you! Hope they do some good for me.

In a pal's Southampton save, he's become the next Alan Shearer and is scoring goals for both club and country - so I just had to try him out

The FM Rookie
8 years
I'm surprised to see N'Zogbia leave but I hope Campbell shines for you!

Aston Villa have completed the signing for Brazilian playmaker Wellington Nem, bringing the 2-capped youngster to England for a fee of 3.5 million. With Fluminense not at all prepared to let him leave, it was up to Aston Villa to buy out the release clause of the Brazilian international (3.5 million).

With the arrival of the 20-year-old, Stephen Ireland is now marked by pundits and journalists as the next one to step out the Villa Park exit. Nem is expected to be first-choice in attacking midfield this season with fellow Brazilian & summer signing Mattheus as backup.

"Nem will be worth more than 20 million in the future," proclaims manager David Beckham confidently. "I am glad we got him for such a cheap amount."

Nem had also reportedly sparked the interest of Paris Saint-Germain and Milan, but neither came forward to make a move.
Login to Quote

There was a knock on the door. I looked up.

The door opens, to reveal Gary Gardner decked in his training kit.

David Beckham: What are you doing here, Gary? Training doesn't start until an hour.

Gary Gardner: Well, about that, boss. I just wanted to come in early because I wanted to talk to you about something.

DB: What about? Have a seat.

GG: Well... I feel that you've bought in too many players in my position and I think I need to clarify with you my role in the team.

I look away and roll my eyes, hoping he doesn't catch me doing that. He apparently does.

GG: Boss, I just want guarantees that I'll be in the first-team. I'm a young player and if I want to improve, I have to play.

I mutter a "fuck off" under my breath.

DB: Well, Gary, I think if you view the formations we are playing for the season, you will find that there's plenty of space left for you in the team.

GG: I know. What I'm saying, boss, is that I want to be a first-team player.

Gary's expression becomes one of anger.

GG: I have worked hard enough. I've been sticking to Aston Villa since I was a kid and I've played 14 games last season. I'm obviously good enough to be in the first team now. But you've signed so many players in my position and-

DB: Look, Gary. I think you should know something here. I am the manager. I will decide who plays, and who to buy.

DB: Not including anyone I bought this summer, there is at least two or three players in your position that are better than you now. If you want a first-team spot, work for it. Don't whine for it. Do you know what I mean?

GG: I still think I deserve a first-team spot. Move on some players if you must.

GG: Loan? Loan? I am not a kid anymore boss. I deserve to be playing in the Premier League, not some rubbish lower league club.

GG: Why can't you understand where I'm coming from? You are a complete twat of a manager!

DB: ... Fuck off and don't bother to report for training today. Oh, and you won't be getting your salary this week. Get out of my office. 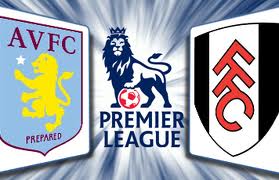 Gary Neville: Welcome back to the Premier League season. In this match we'll see Aston Villa & Fulham going up against each other - the first clash of the 2012-13 season. It is my old buddy David's debut as a manager and I can only wish him good luck. 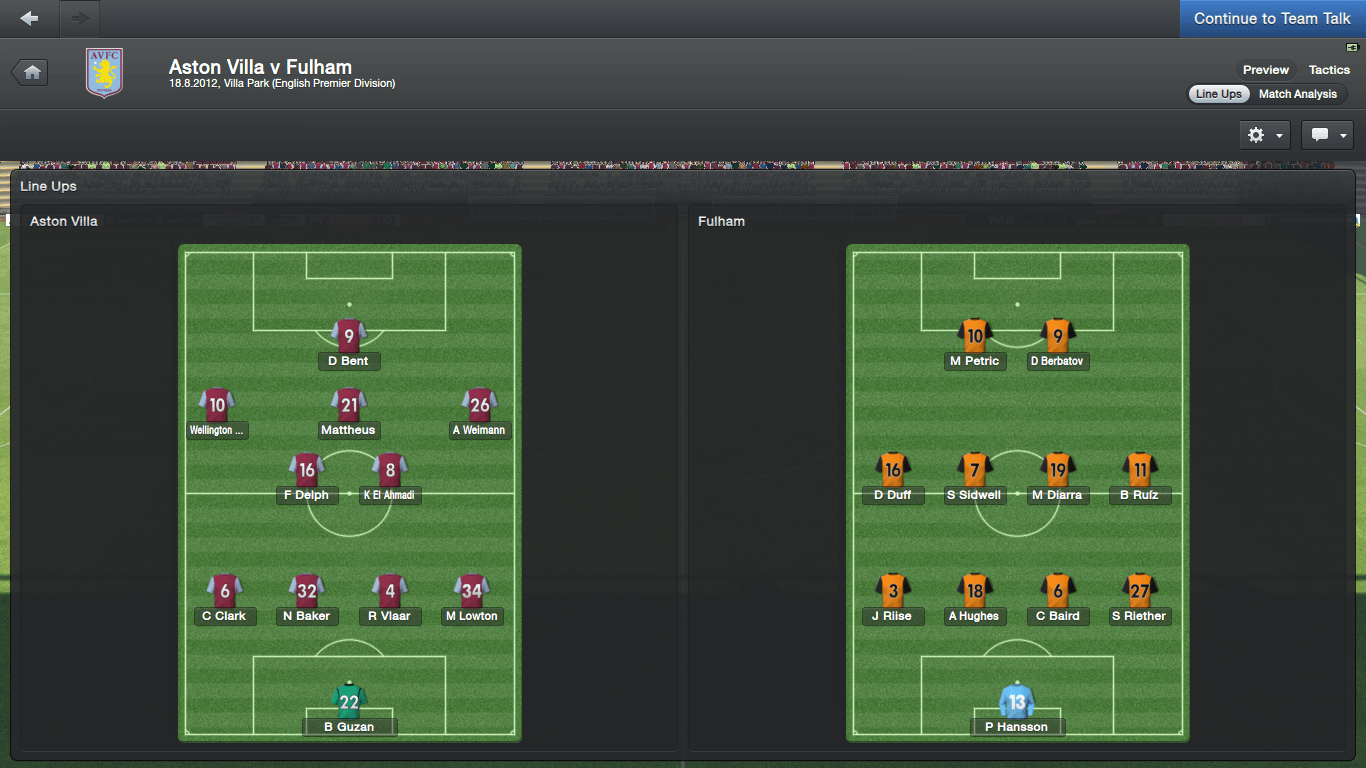 Gary Neville: Injuries to Mattia Cassani and Joe Bennett means Ciaran Clark has to fill in at left-back, with Nathan Baker taking his place at center-back. El Ahmadi and Delph starts in the heart of midfield, and Weimann, Mattheus & Nem will support Darren Bent who'll spearhead Villa's attack today. Meanwhile, injuries to Mark Schwarzer and Brede Hangeland will be a blow for Fulham today, who come out in the traditional 4-4-2 with Berbatov and Petric leading the attack up front. Now without further ado, let's get to the match.

1' - We welcome you to Villa Park, the ground for our first clash of the 2012-13 season: Aston Villa vs Fulham! It is also the debut of David Beckham as a manager and everyone will be interested to see how his Villa side plays.

16' - It looks like Weimann has picked up a knock, but he's okay to continue.

30' - Lowton has also picked up a slight niggle now after going down due to a Aaron Hughes challenge, but he's not going out either.

- Mattheus puts the ball through to Darren Bent and the England striker hits it low from a tight angle! He is clearly delighted with that strike - I would be, too! Great goal! Villa 1-0 up!

45' - HT: Aston Villa 1-0 Fulham. It has been a good half for Villa but all in all, a bore match so far and hopefully the second half will bring on more goals.

45' - We continue the second half, with no changes made on either side.

60' - In a double substitution from Villa, Andi Weimann & Ron Vlaar go off for Brett Holman & Ayila Yusuf to make their Villa debuts.

- Holman finds himself with the ball on the right wing, and the Australian charges into the box instead of making a cross, and he puts the ball into the net 6 minutes into his Villa debut. Another beautiful goal!

- What a day this is turning out to be for Villa and Beckham! Delph knocks a lovely ball for Bent that Aaron Hughes fails to get to, and he knocks it accurately past the keeper for his second goal of the match!

90' - FT: Aston Villa 3-0 Fulham. The second half indeed brought more goals! David Beckham must be very happy with his debut, I think the Villa fans are too!

Jer
8 years
Nice result mate! Loving it, though Gardner sounds like an asshole. Sell him with a buy back clause!
1
Login to Quote