Recognition of a Legend

Brazilian legend Ronaldo has spoken out to the media about Aston Villa's Wellington Nem. 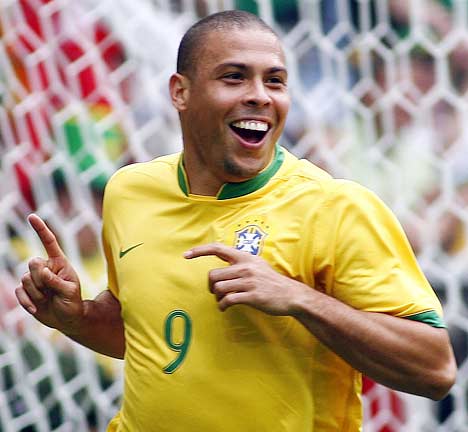 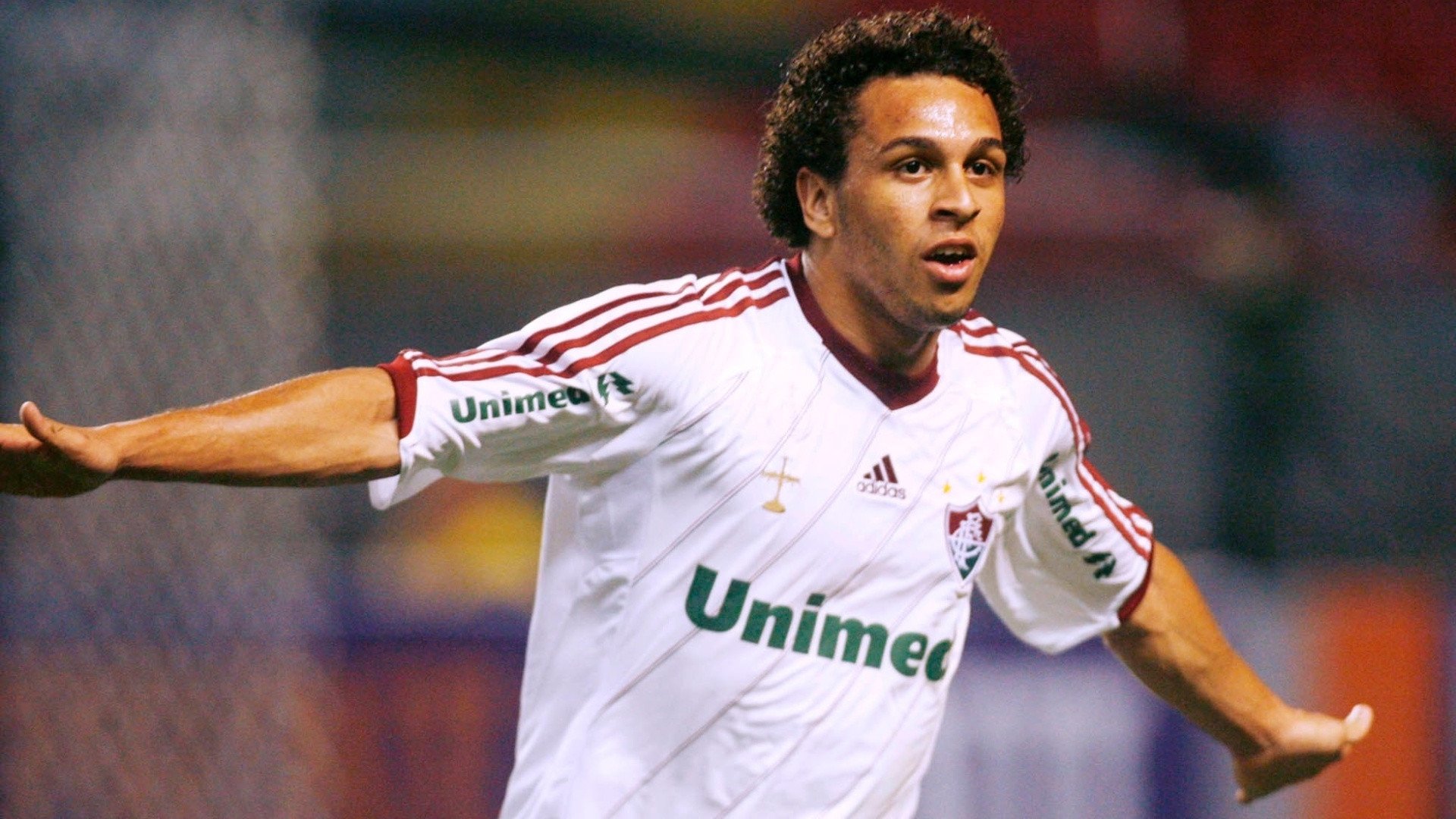 "Wellington Nem is a brilliant player," he said in Portuguese. "It is unbelievable that he has only 2 caps. (Brazil boss) Scolari needs to do something about that.

"He is going to be a great player for Brazil and Aston Villa, if he stays long enough. I love watching him.

"He is only 20 but he plays like a champion. Aston Villa should count their lucky stars that they got him for a cheap fee."

In 8 games played for Villa in all competitions, Nem has scored 2 and assisted 6 goals. He has quickly established himself as a star player at Villa Park.
Login to Quote

Interview: Nem and the League Cup

Today, Aston Villa manager and England legend David Beckham has agreed to an interview with The Times. The former Manchester United man discusses one of his club's star players Wellington Nem, as well as his club's run in the Capital One Cup so far.

"So, let's kick off this interview then. What do you think about the Brazilian legend Ronaldo's recent praise on Wellington Nem? I trust you've read about it?"

"Indeed. Ronaldo is a great player and to hear some recognition from a legend as big as him... well, let's say Welly is on cloud nine right now."

"What about yourself? What do you think about him?"

"I've gotta say that Welly is one of the club's star players. He can play as an attacking midfielder and a winger and he produces from both of these positions. Like Ronaldo said, I think we have been very lucky to have only paid 3.5 million for him. It is a blessing for Villa fans, I think, that he has come to Villa."

"And do you think he deserves another call-up to the Brazil team?"

"Yes, definitely. He has already gotten 2 caps and like Ronaldo, I am amazed he has not added to that."

"It was a brilliant win, of course, especially because it was Birmingham. The fans are pleased and I am pleased as well."

"A highlight from the match is certainly that hat trick from Darren Bent! What do you make of it?"

"It is just Darren as usual with his goals and all. The lad is scoring for fun and although I do understand there is players like Wazza (Wayne Rooney) in the England team, I am puzzled as to why he isn't a usual starter."

What do you think of Aston Villa's chances of securing European football for next season?"

"To be honest, it will be very hard for us to do it this season although that is what we will be trying to aim for. However, in the long term, it will be more realistic and also a closer aim for us. I certainly believe that Aston Villa will be a force in Europe if you give us time."

"Lastly, where do you think your side will finish in the league this season?"

"Realistically we are aiming for the top half of the table of course, and that's where I intend to get us to."

"Alright David, thank you for your time."

"Thank you."
Login to Quote

This month on our monthly interview, we interview the current star striker of the Aston Villa squad, Englishman Darren Bent. 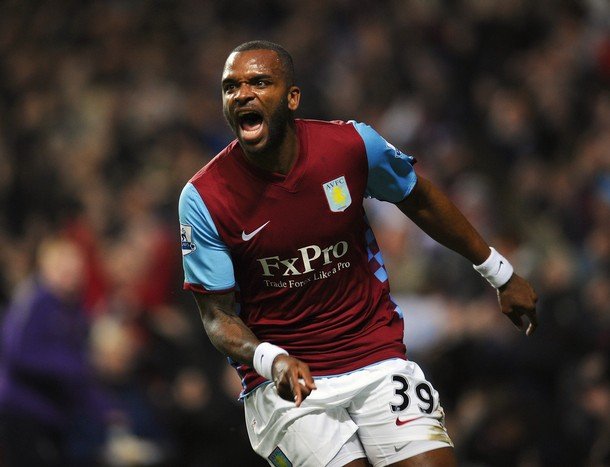 So, Darren, you have scored 3 goals in 6 appearances for Aston Villa in the league so far, and 7 goals in 9 appearances in all competitions. Realistically, how many goals do you think you'll end up with at the end of the season?

Darren Bent: Ahahaha, that's a toughie. My aim for the season would be 20 goals.

A bit too ambitious, don't you think so?

Darren Bent: Not at all, really. I think I can really do that, or maybe score even more, if I try hard enough and push myself.

Admirable attitude, indeed. But what is the minimum target of goals would you set for yourself this season?

What do you think about David Beckham so far?

Darren Bent: Absolutely brilliant, no question about that. Both as a player and a manager. Having him around has really boosted morale. Everyone knows a legend is managing the team and instantly wants to do better and impress.

Realistically, where do you think the Villa side will finish at the end of the season?

Darren Bent: Hopefully in the top half of course.

So who's your best mate at the club?

Darren Bent: Ah... another toughie. Hahaha! Probably Adam, who came in this summer. He's a good lad. Brett Holman has to be in here too. We talk a lot, he's a great guy with plenty of good banter. And his accent is just awesome.

What do you think of the summer signings made by Beckham?

Darren Bent: They are certainly pleasing of course. Players like Welly and Mattheus have been great acquisitions for us.

What about the few summer signings by the previous manager, before he left the club?

Darren Bent: They are also great - especially Brett and Karim El Ahmadi. They'll be vital for our season and hopefully they'll be just as vital for the rest of the coming years.

Best summer signing for you?

Last question - you're 28 now, so it might just be a good time to think. Is there any chance of you staying in football after your retirement?

Darren Bent: I haven't really thought about that yet, but I'll have to be getting back to you when I've got the answer!

That is all for this month's AVTV interview.
Login to Quote

Thank you for the nice comments once again! Yes, I was especially pleased with Birmingham, but as you are about to see, this month wasn't as good as I would have liked it to be.

Just want to correct you on one thing: It was an interview and not a press conference

Glenn T
8 years
A huge SHOUTOUT to Murtagh for 50th post on this story.

The reality of being a manager has supposedly kicked in for David Beckham. After a rosy start to his Villa campaign save for an embarrassing 4-1 loss to Wigan, Beckham's side have started to drop points. However, Beckham can take comfort from the fact that his Villa side put up great fights against Manchester City and Arsenal, losing 1-2 and 1-0 respectively to said clubs. 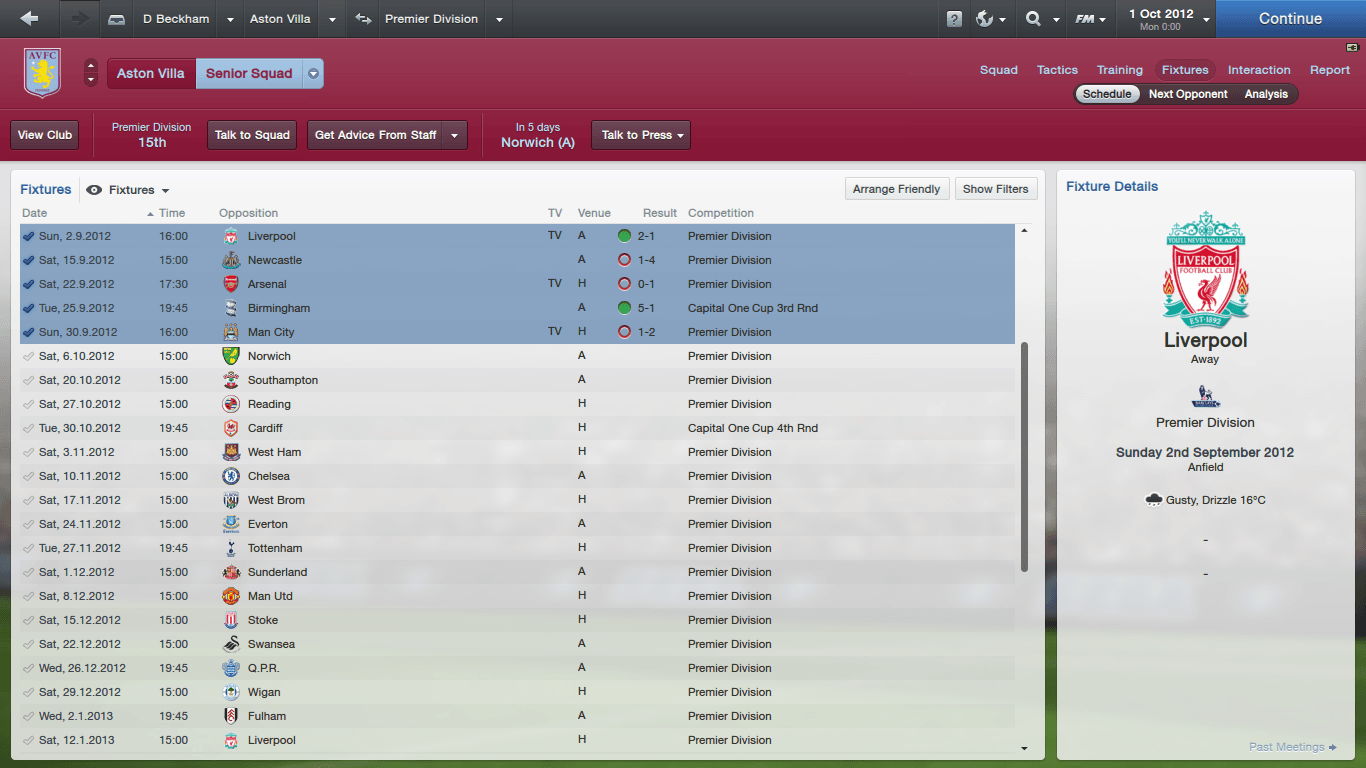 Once again, one of Aston Villa's players managed to receive an award... sort of. Despite his club's poor form in the league this month, Wellington Nem has received runner-up for September's Young Player of the Month Award. In this monthly interview conducted by AVTV, today we interview the Gardner brothers of the squad, Craig Gardner and Gary Gardner. 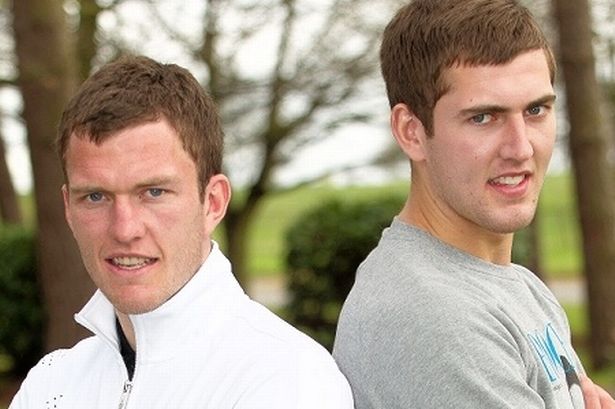 Good morning, Craig, Gary. Let's get right down to the questions. It's been a few months since Craig returned to Villa but yet, the two of you have only shared a few minutes on the pitch together. What do you think of that?

Craig Gardner: Well, obviously it's up to the manager who plays, but of course we always relish the chance to play alongside each other.

Craig, how is your loan spell here at Villa so far? What do you think of it?

Craig Gardner: It's great of course. To be back here at Villa is a complete dream. It's one of the best clubs I know of and where I spent the majority of my career. So yeah, it's brilliant to be back here.

Any thoughts of turning the loan spell into a permanent one?

Craig Gardner: Well, it's up to both managers on both sides to decide what they want. I wouldn't mind playing for either club. Villa and Sunderland are both fantastic, but in the end it will be up to Martin O'Neill and David to decide if they want me or not.

Gary, what do you think about Craig's arrival at Villa?

Gary Gardner: It has been very good for us of course. Craig has been playing brilliantly here and hopefully David decides to keep him permanently. He's easily the second best midfielder in the squad.

Anything to say about that, Craig?

Thoughts for the future?

Craig Gardner: Haven't thought about that yet! Hopefully with a trophy medal or two.

Gary Gardner: Aston Villa. I want to be a one-club man, but of course, in football it doesn't always go your way.

Your best mate at the club?

Craig Gardner: Gary of course. But other than my brother, it has to be Marc Albrighton and a couple of other lads. Too many to mention.

Gary Gardner: Aside from Craig, gotta be Mattheus. Plenty of good banter!

That is all for this month's AVTV interview.
Login to Quote

October: Up and Down

Despite the name of the article having amusing sexual hints, it was not at all an amusing month for Aston Villa, with results going as the article's title describes - up and down. In four matches, three of them in the league, Aston Villa have won twice and lost twice. 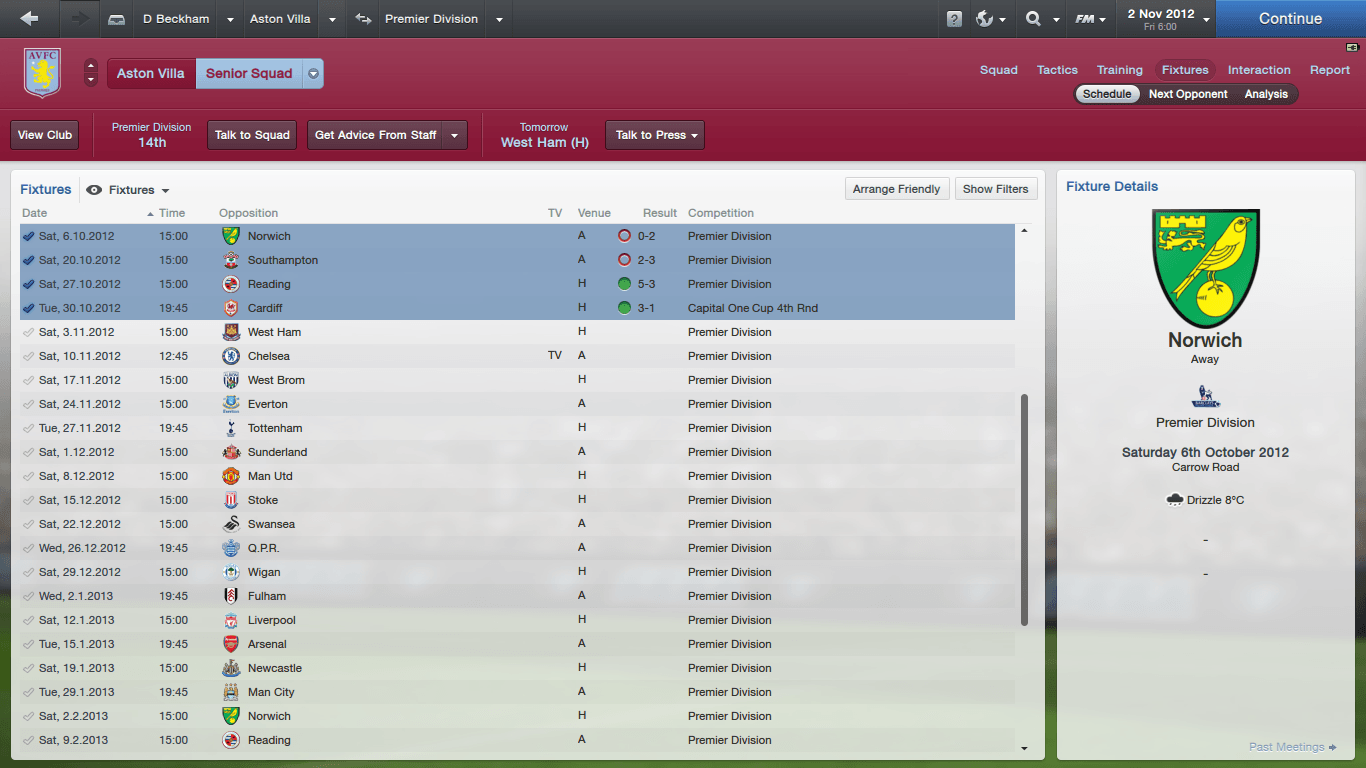 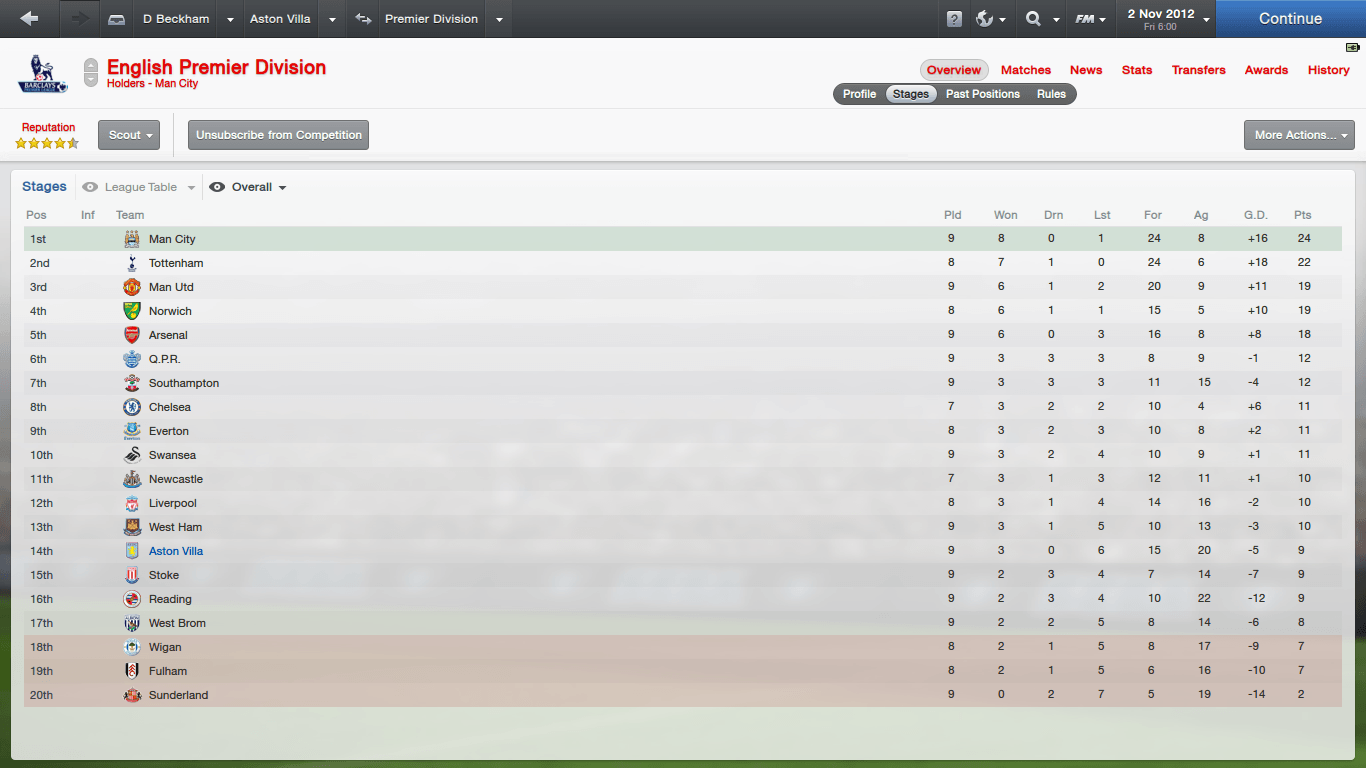 For the third consecutive time in a month, there has been a player among the top 3 for the month's Young Player of the Month award. This time, it is Wellington Nem who wins the award, at first place beating Arsenal's Jack Wilshere and Newcastle's Davide Santon. 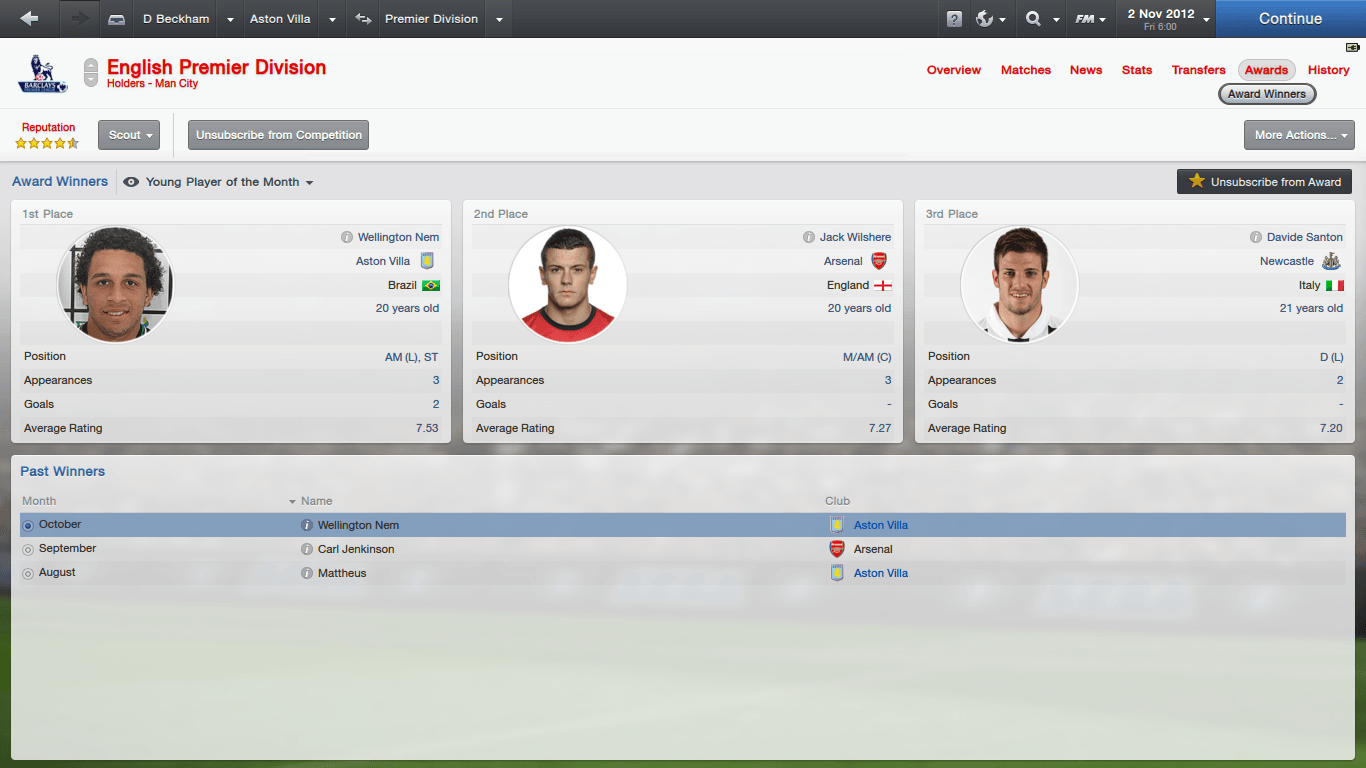