I don't know, really! United are doing as shite as us at the moment for some reason and a lot of players in their squad are unhappy with that, so maybe he just views us as a better option.
Login to Quote

Rage of a Manager 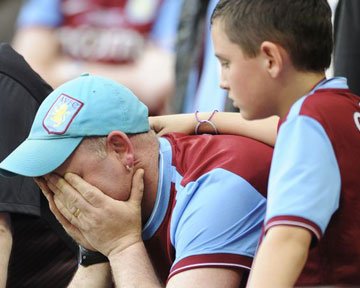 In a fit of rage, David Beckham has accused his Villa side of "being full of West Bromwich and Wolverhampton supporters" after they dropped to 16th in the table with a 4-1 loss against Liverpool at Anfield.

Now with 29 points taken from 23 games, the Villans find themselves closely flirting with relegation.

And the loss against Liverpool has obviously frustrated Beckham as the former England captain heavily criticized his side in the post-match conference.

"Liverpool are a great side but to lose 4-1 is humiliating," Beckham fumed. "We are now 16th in the table. We are close to relegation. I hope the players are happy. Isn't that what they want? Yes, I believe so. They want us to be relegated into the Championship, so I hope they are happy with where we are now.

"They are all probably a bunch of West Bromwich and Wolverhampton supporters, all joining Villa just to make sure we go down.

His comments, coated with heavy sarcasm, has prompted former Villa goalkeeper Brad Guzan to hit out at his former boss. "David Beckham always likes to blame his players," said the 32-year-old, who now plays for West Ham. "I think maybe he should look at himself and review his own tactics.

"I have been at Aston Villa for a few years and I know a lot of people there who are one hundred percent dedicated to Villa and Villa alone. To accuse any one of them of being a rival fan only interested in seeing Villa go down is stupid and ridiculous.

"Beckham should keep his comments to himself unless he wants to make a fool out of himself in front of the media."
Login to Quote

Jer
7 years
I think we should keep your fucking mouth shut you bald headed mofo!
1
Login to Quote

Not doing so well now

Not doing so well now

Aston Villa have failed to keep their form, nor their consistency this month. A spirited loss to Manchester City, an impressive performance in a 1-1 draw against Manchester United, and getting to the Capital One Cup Final was followed by a massive 4-1 thrashing by Liverpool. If Villa wants to get back up into the top half of the table, David Beckham will have to find the consistency that helped propelled them to 5th and a double cup win last season. 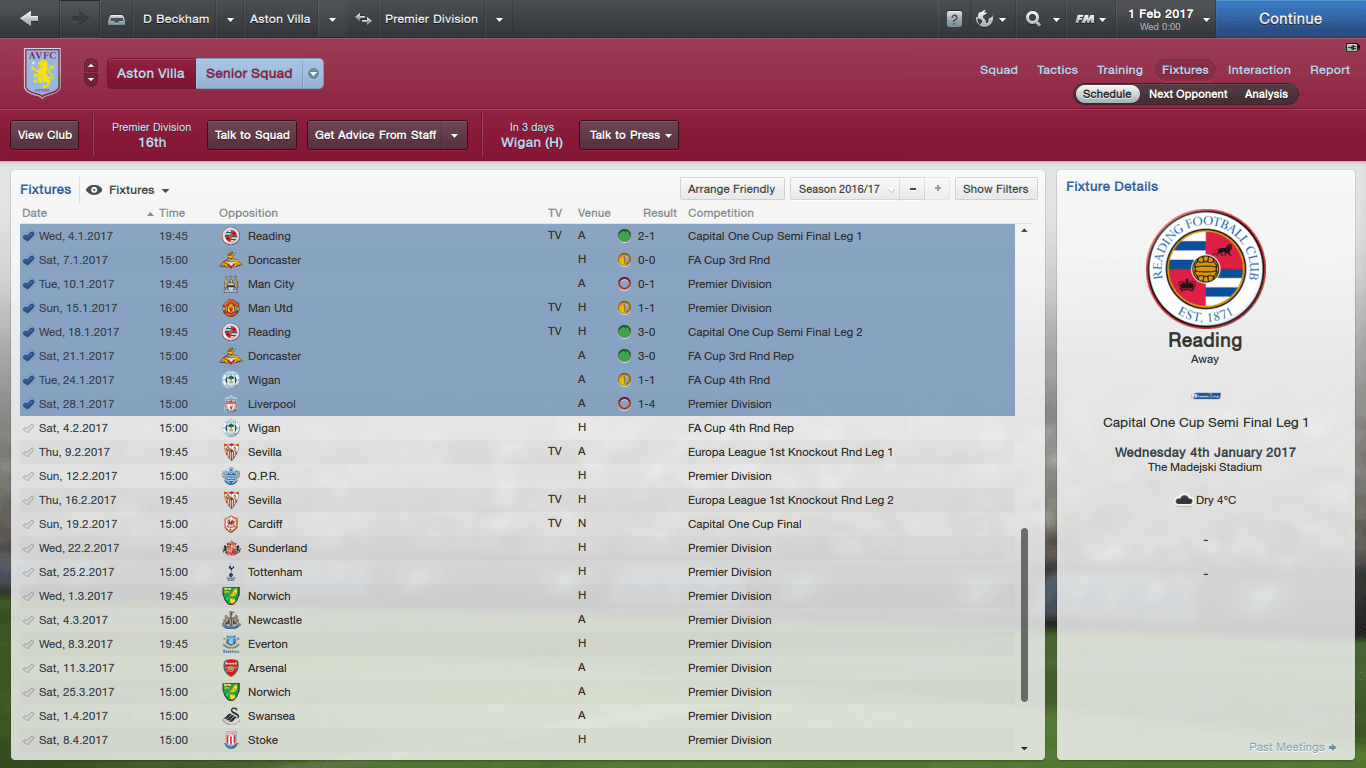 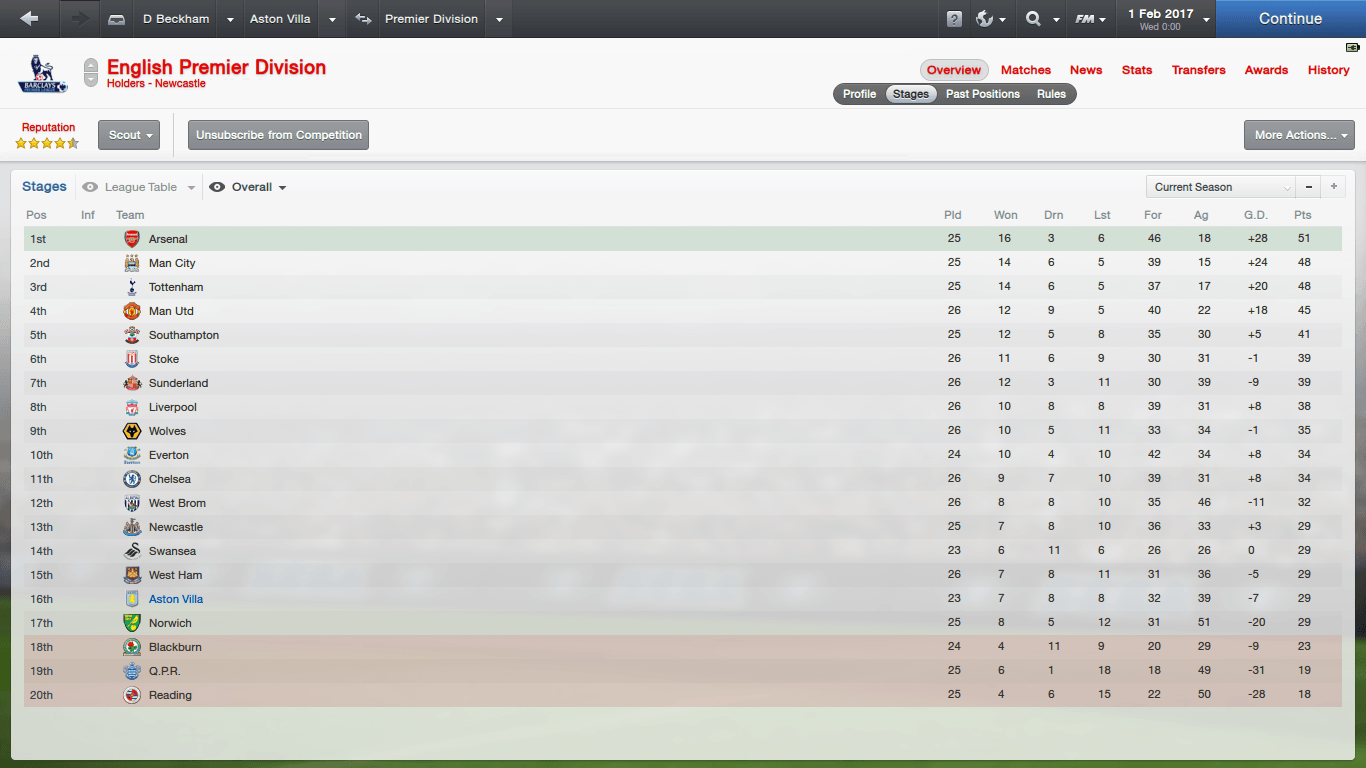 David Beckham splashed his entire budget on just two players this window, and has also seen the departure of two others. 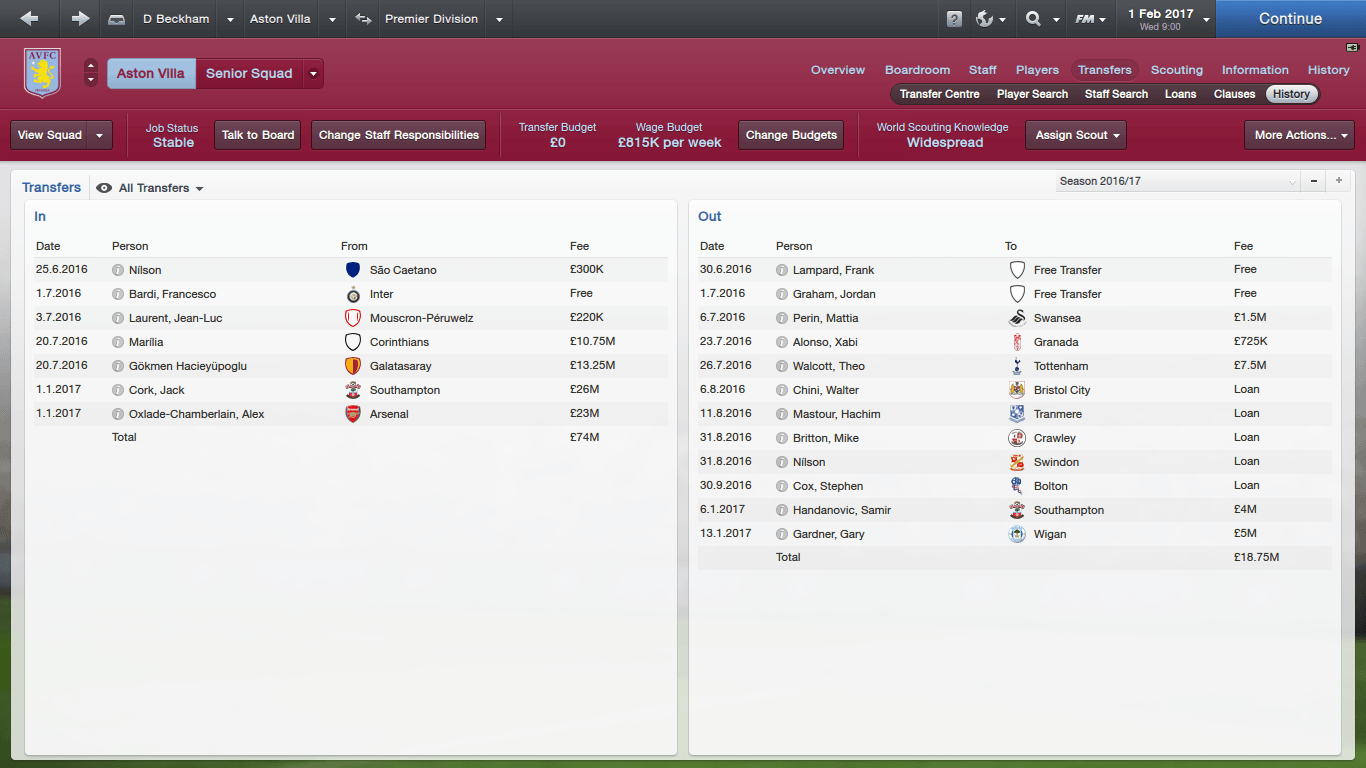 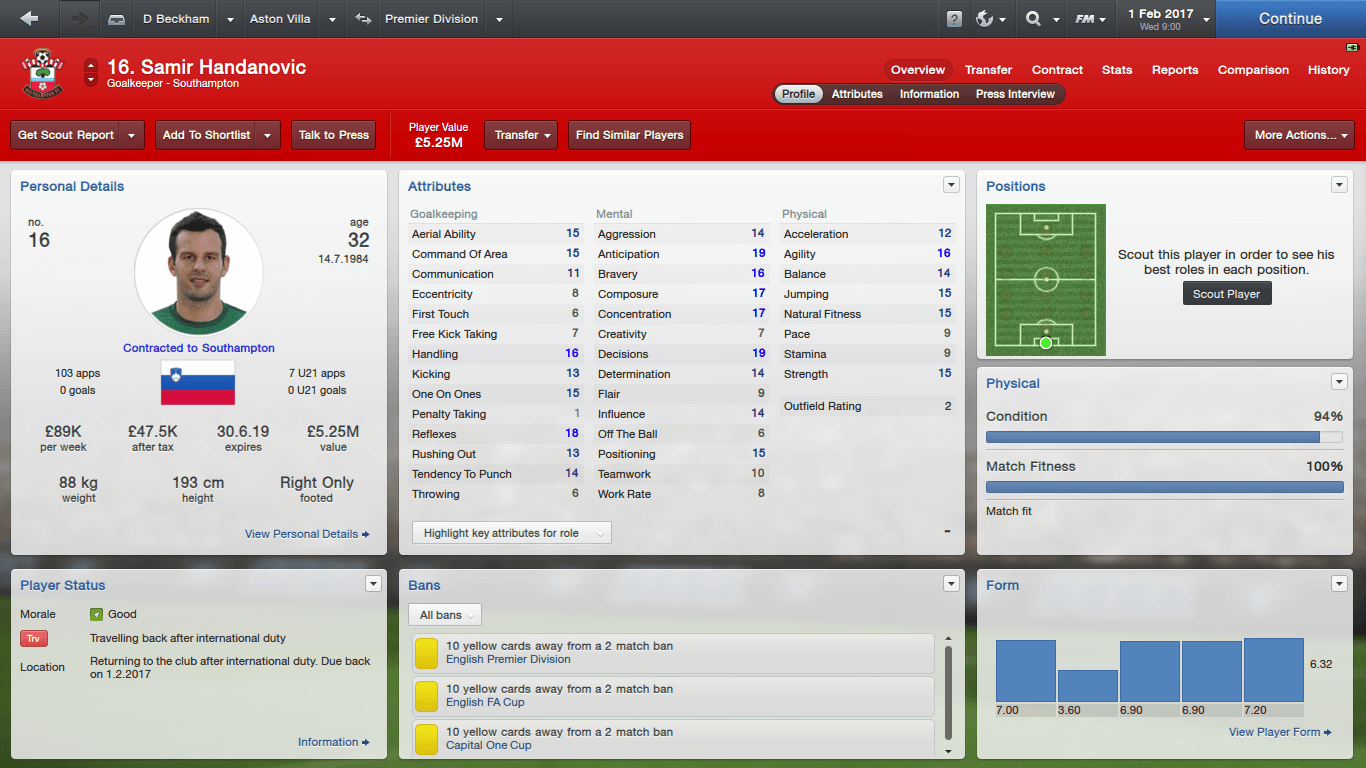 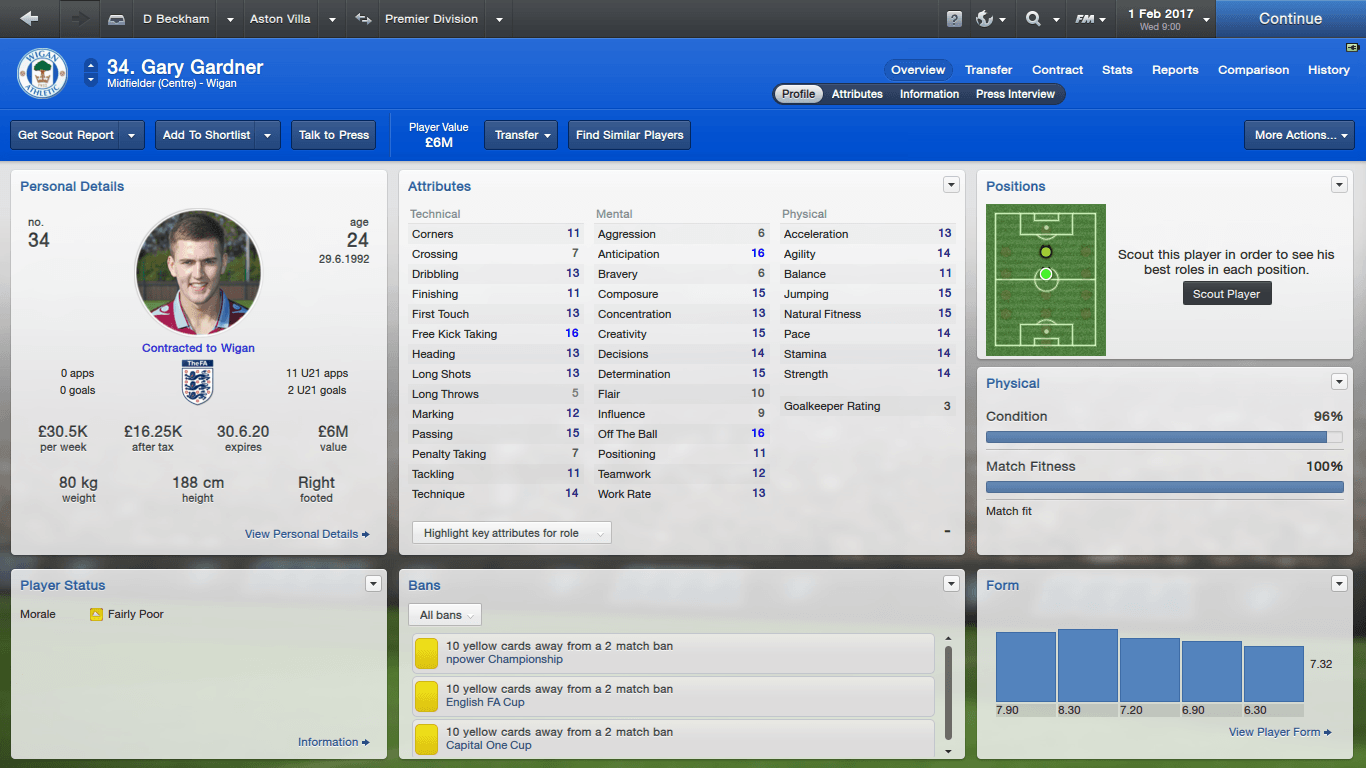 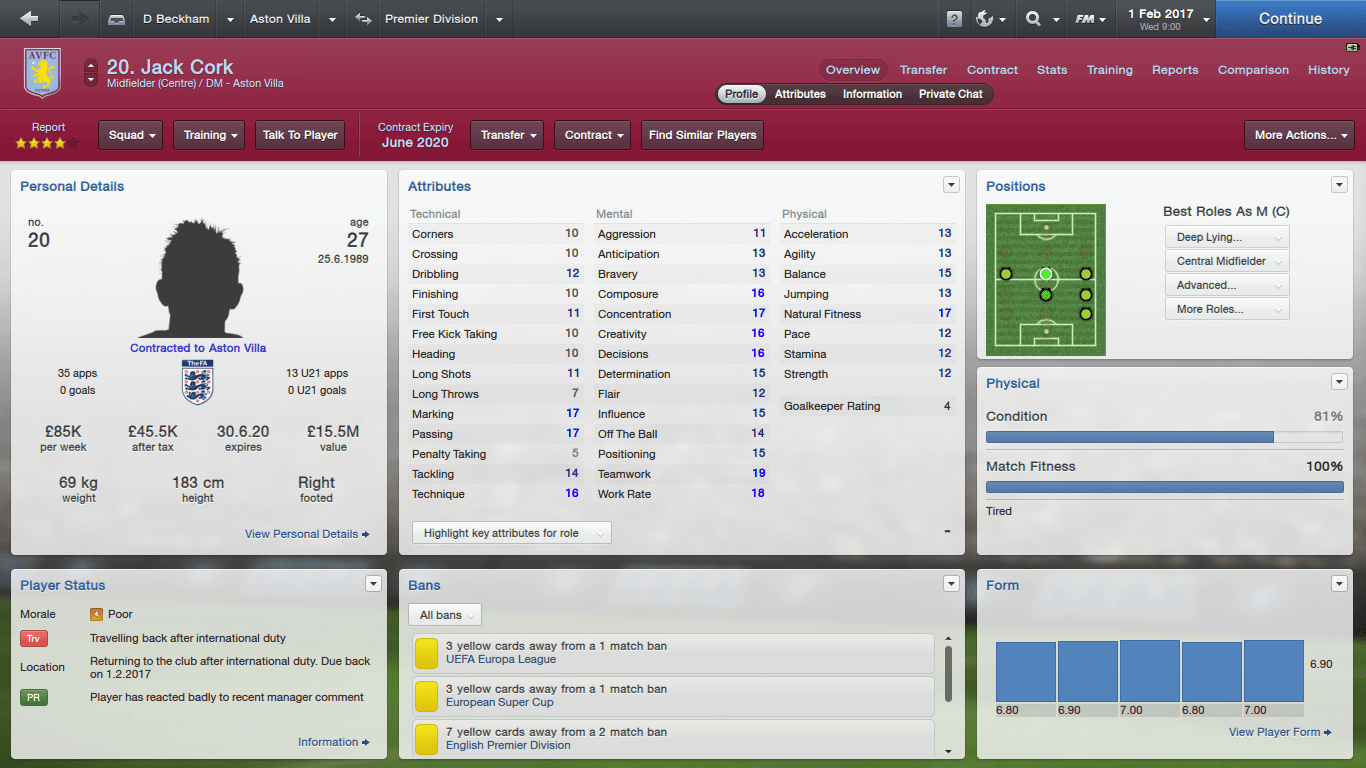 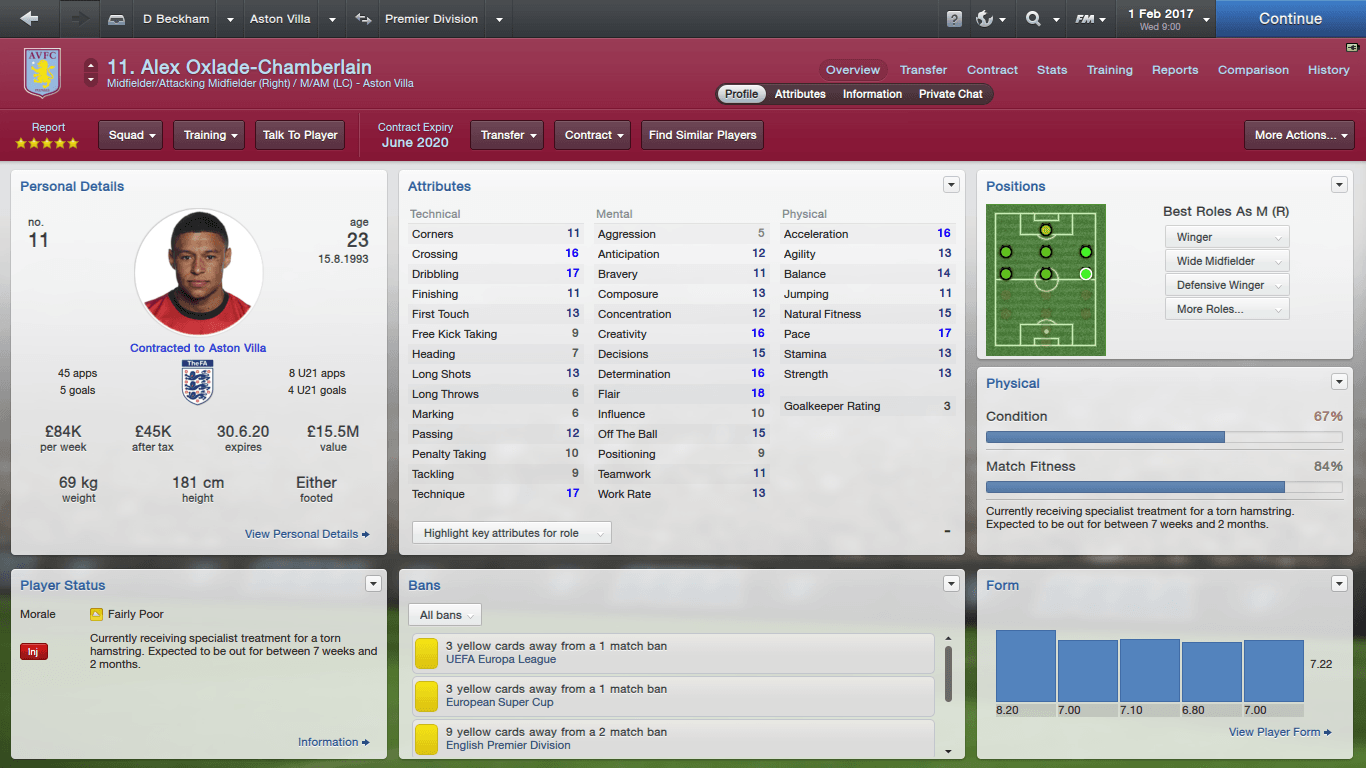 Joe
7 years
Pretty good signings there mate, the Ox is quality on FM13!
Login to Quote

Thanks for the nice comments again Joe

Louis O.
7 years
Some good results,but some bad results keeping you in the bottom half

dan4rmnaija
7 years
Read through the story before, but didn't have time to comment.......just finished the last page and all i can say about ''David Beckam: From Hero to Zero'' is.........WOW!!!
Login to Quote