Joe
9 years
Tough decision mate, stay though: Barcelona would get too easy especially for u

Jamesg237
9 years
Don't go to Barcelona even if you're getting bored of Aston Villa. Barcelona will be too easy for you and I think you would get bored of them quite quickly. Your decision though and I will continue to follow this story whatever you decide.
1
Login to Quote

Since his emergence into the first-team in 2012 after the arrival of David Beckham, 27- year-old Fabian Delph has been an integral part of the Villans and helped them secure 5th place and the Europa League last season. Since 2014, he has also took the role of second vice-captain behind Ron Vlaar and Ciaran Clark. 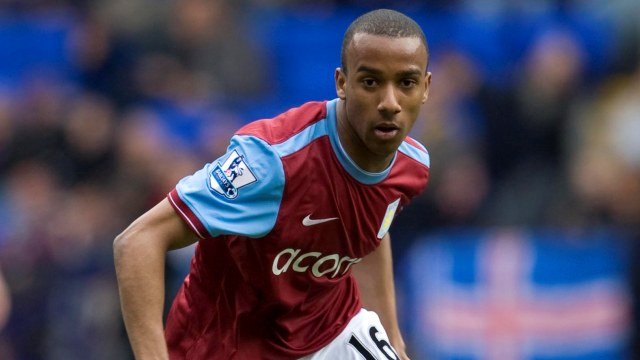 Delph started his career at Leeds and broke into the first team in 2008, ending the League 1 season with 42 appearances for the Peacocks. His performances for Leeds led to a transfer to Aston Villa in 2009 for a fee of 6 million, after the youngster caught the eye of then manager Martin O'Neill.

He was seldom played, making only 26 league appearances in three years which led to a brief spell on loan to former club Leeds in January 2012. He returned in the summer to find a new boss at the helm. Beckham refused to let Delph's talents go to waste, and the Bradford-born man was given his chances. Slowly but surely, Delph started to edge out Karim El Ahmadi as first-choice in the center of the park, as well as ending loanee Craig Gardner's impressive spell in the first team. 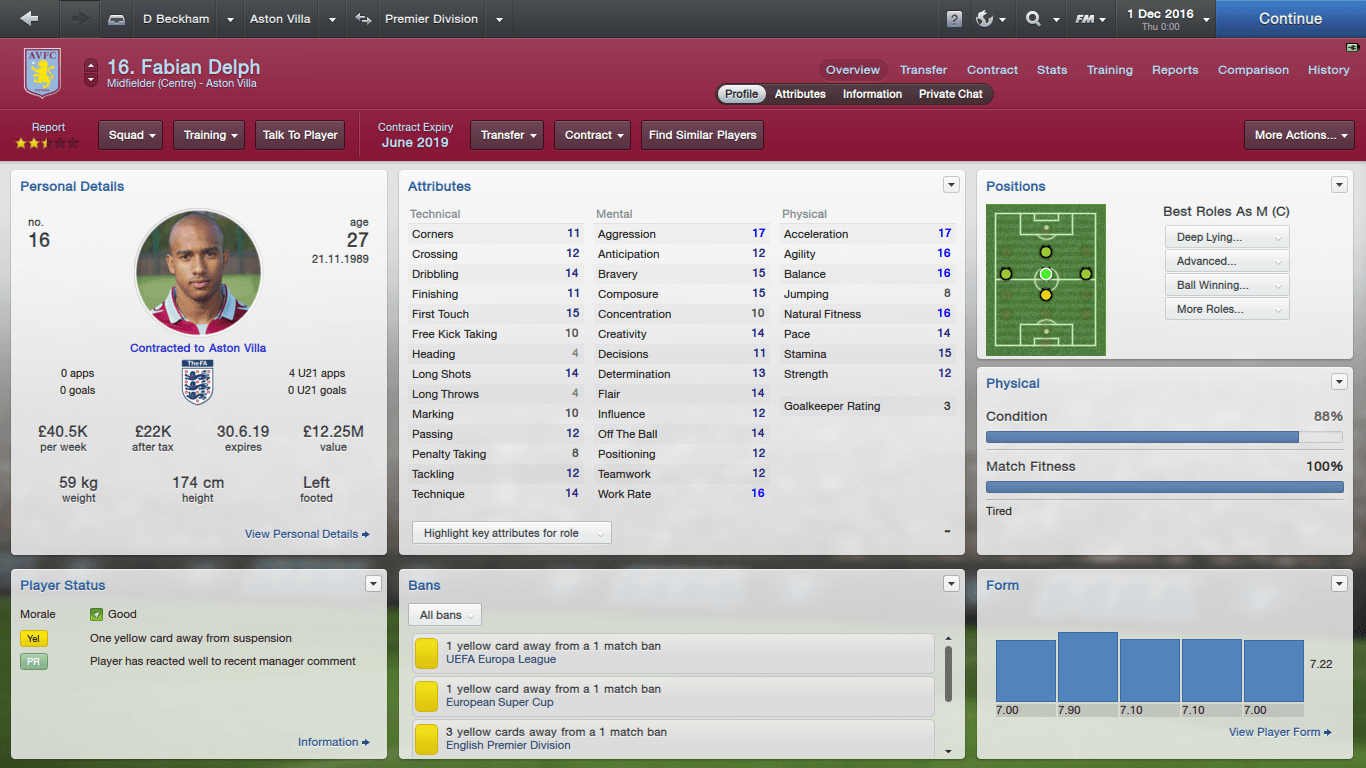 Gardner returned to Sunderland at the end of the season, and Delph was promoted to first-choice beside El Ahmadi in midfield. He continued to impress throughout the season, and the next, being given the role of second vice-captain in the squad.

Delph continued to book his spot in the first team, despite the rapid emergence of Gary Gardner as well as the signing of Will Hughes. His consistency and performances for Villa led to him being included in a friendly with the England squad in 2014, but Delph did not come off the bench. Unfortunately, more English midfielders have been on the rise and Delph has failed to be included in an England squad ever since. On the bright side, Delph won his first winner's medal at the end of the season, as Villa secured their first FA Cup in 58 years.

In the 2015/16 season, Delph shone brighter than he'd did in 2012/13, playing brilliantly and winning the highly-sought title of Footballer of the Year, as well as the FA Cup and the Europa League, and only lost out on the Fans' Player of the Year to Clark.

To this day, after making 150 league appearances and scoring 19 league goals for the Villans, he remains the undisputed first-choice in the Villa midfield.

Delph's time under David Beckham has been a massive success, and long may that success continue.
Login to Quote

Glenn T
9 years
Thanks for all the input guys, but Barcelona haven't offered me the job yet. I'm apparently their first choice though, if what the media says is true

JasonRM
9 years
Don't go to Barca Glenn, stay at Villa. It'll be too easy if you go and you'll lose all the progress that you made with Villa. Anyway, Keep up th good work because I'm loving the story!

November: The Fall from Grace

It has been a disappointing month for Aston Villa as they suffer their first three losses in the league, ending their unbeaten run. On a better note, Beckham has also led his Villa team into the Semi-Finals of the Capital One Cup, where they will face Reading, and results in the Europa League are going great as usual. 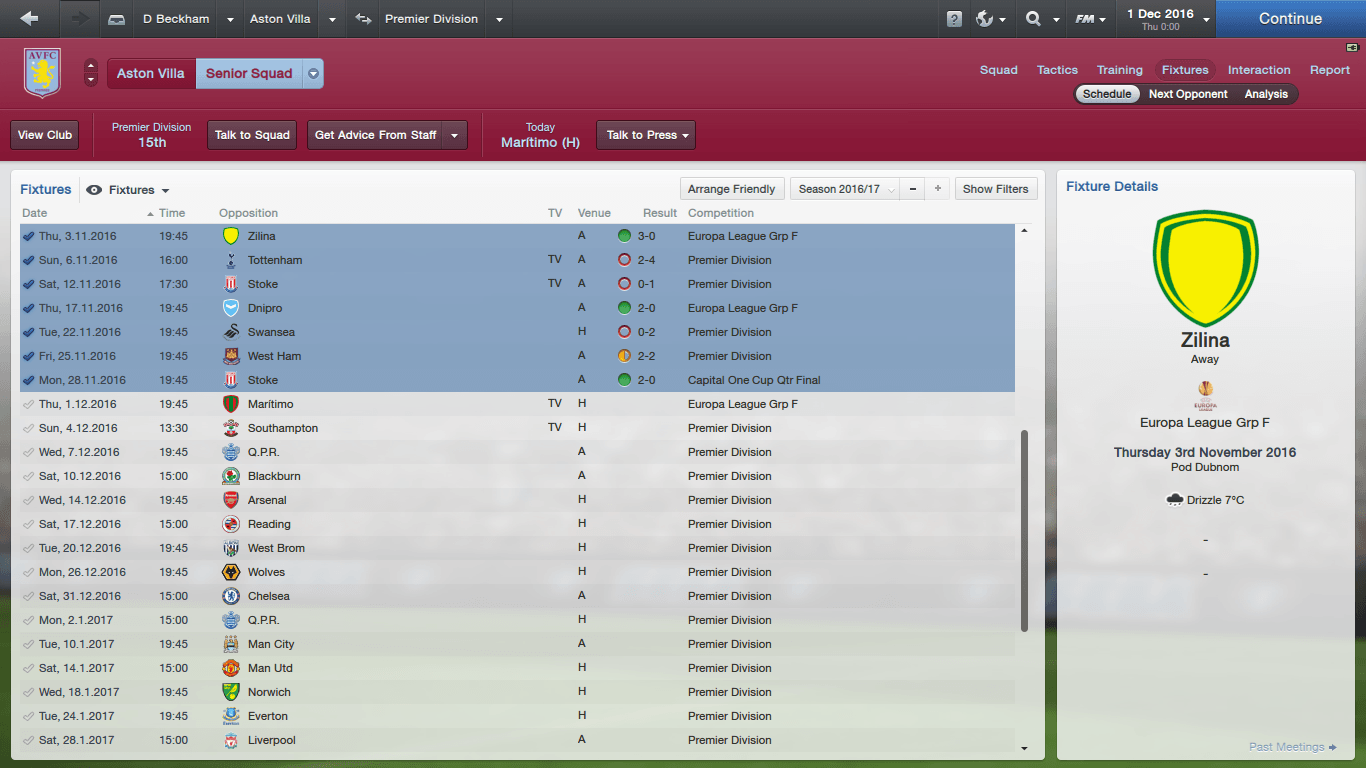 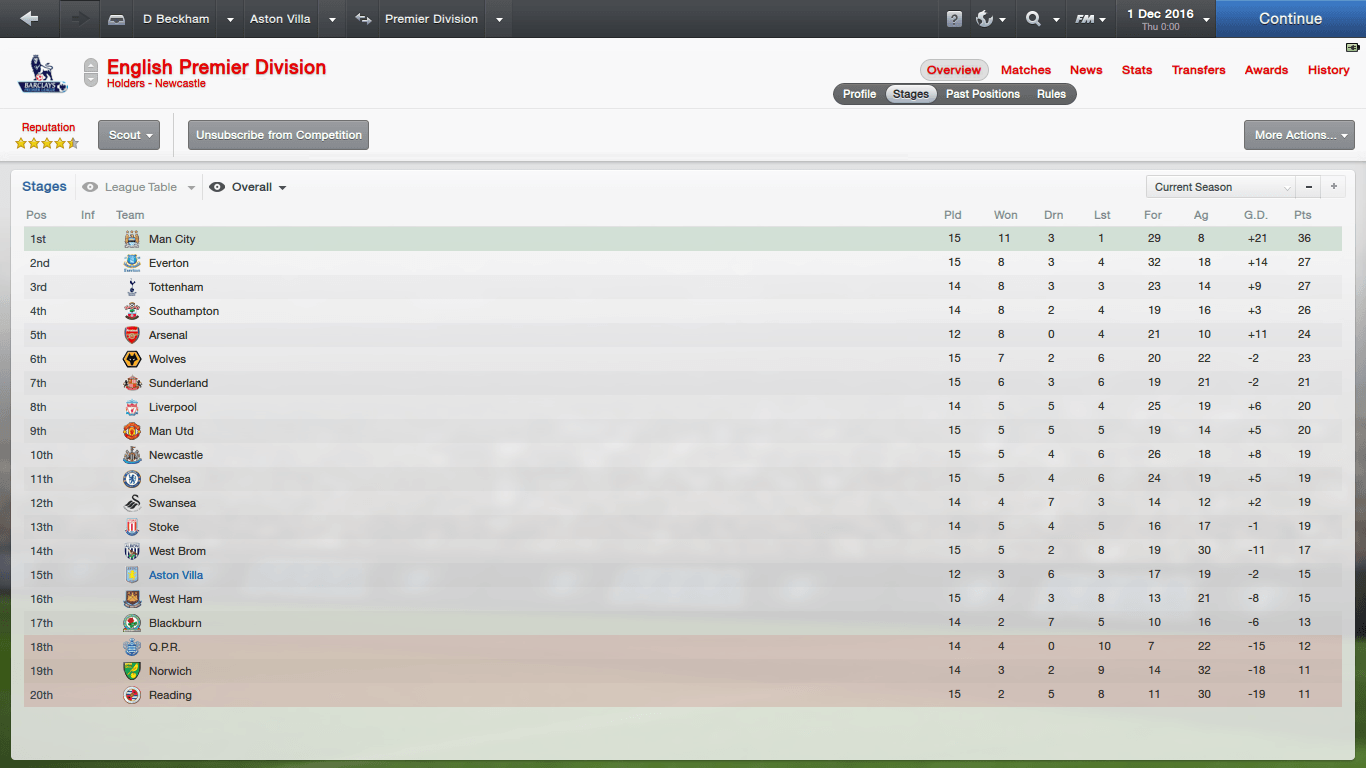 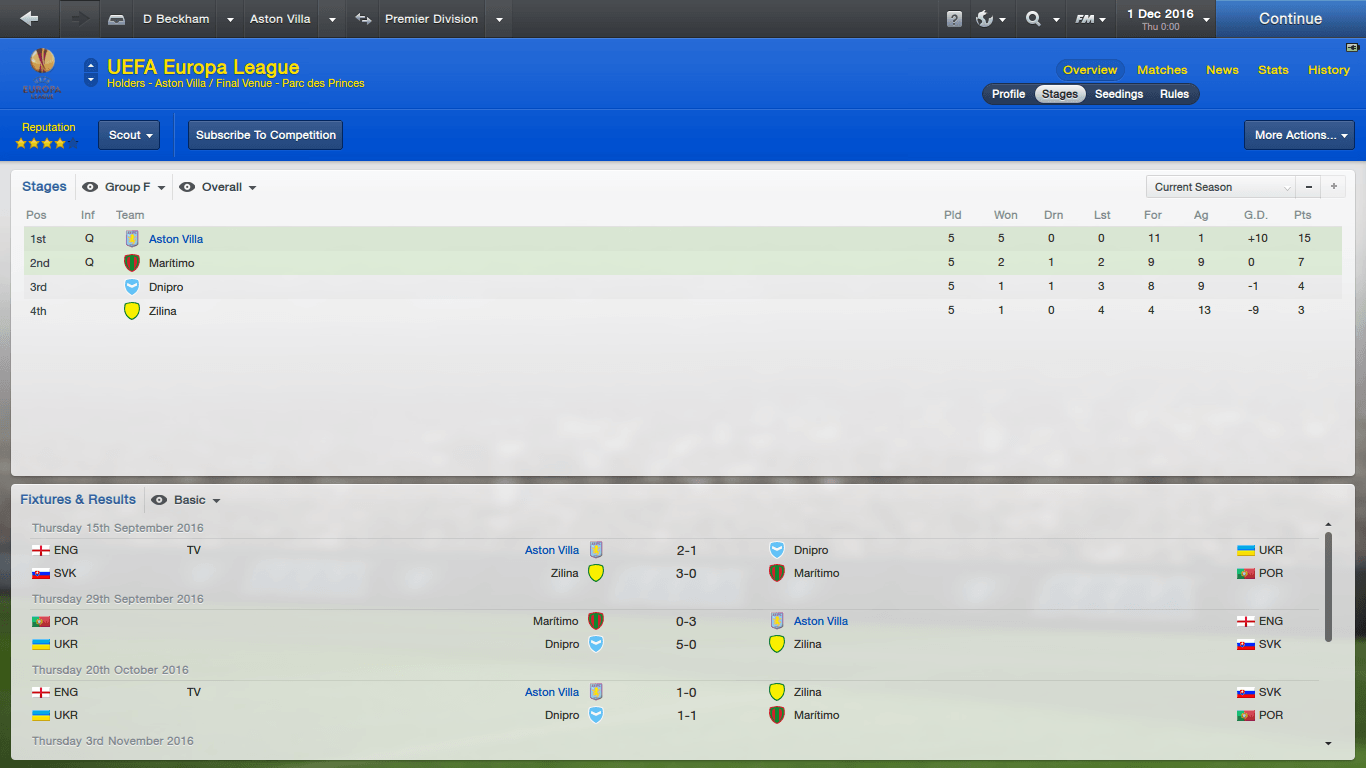 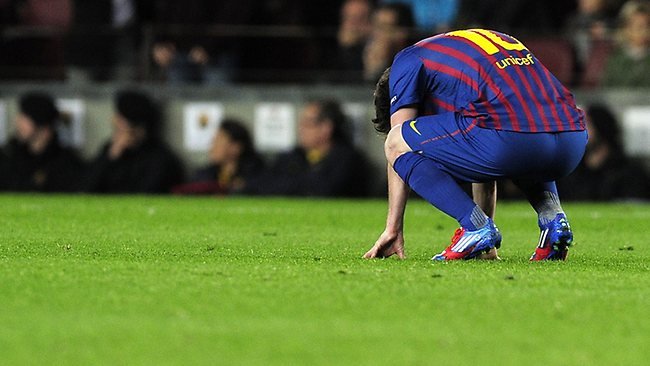 Barcelona officials have confirmed that a formal offer has been submitted to Aston Villa and manager David Beckham for the Englishman to take the reins at the Camp Nou. However, the former United and Real Madrid player has rejected the opportunity to stay at Villa Park, something not many managers in the game today would do.

"We are disappointed to announce that our first choice for the Camp Nou hot seat David Beckham has rejected our offer. We will now explore other options and hopefully we can have a confirmed manager by the next week," chairman Sandro Rosell wrote in Spanish on the official club website. 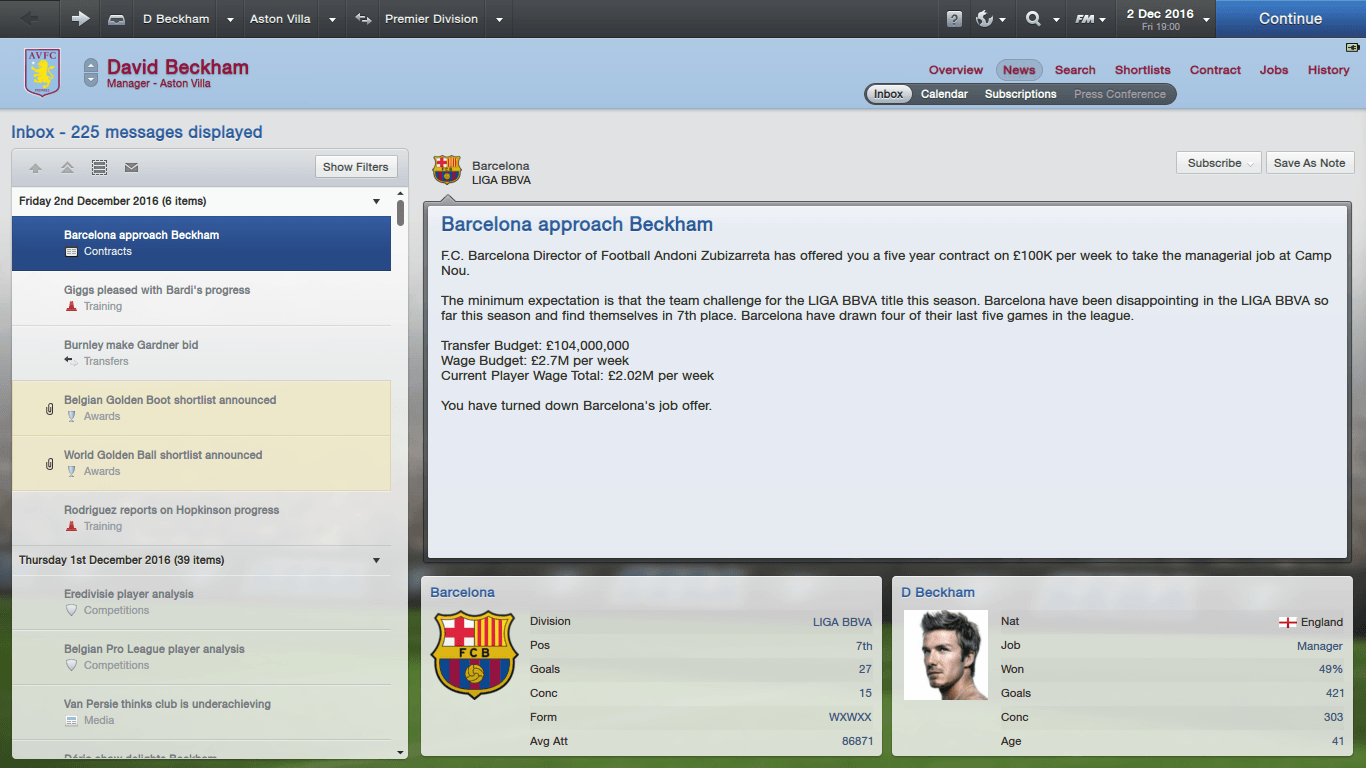 Beckham made no further comments about the matter, but Villa chairman and owner Randy Lerner agreed to an interview hours later.

"David has been brilliant," Lerner told Jason Hunt of the Birmingham Mail. "Not many managers will pass up the chance to manage Barcelona for our club but David has done that. It's shown how loyal he is to us and the fans."
Login to Quote

Where will Beckham end up though?

Where will Beckham end up though?

Louis O.
9 years
Good decision to not leave Villa, Barça would have made the story boring (well,not boring butnot as good)
1
Login to Quote

All in it Together 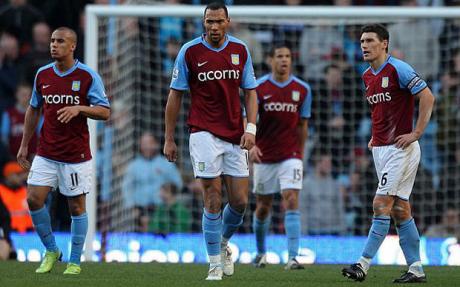 The Villans are 16th in the table, having taken 16 points from 14 games played.

After losing 3-2 to 18th-placed Queens Park Rangers last week, pundits now believe Villa have to brace themselves for a fight to stay out of the relegation places, just a season after they secured a double of the Europa League, the FA Cup and finished 5th in the league.

However, Beckham has said that he has "no concerns" and that "we are all in it together".

"We are not going into the Championship one season after winning something as prestigious as the Europa League and the FA Cup, no way," said Beckham very confidently, in an interview with Sky Sports. "I have no concerns, we are all in it together. We just have to start being consistent. We play very well but we just can't get the goals we need."

"Welly is not playing as well as he or anyone else at the club would have liked but you can't expect a player to play at one hundred percent for every game.

"You just have to back him and give him time."
Login to Quote

Aston Villa have remarkably improved from last month's woeful form, but have failed to beat London sides Arsenal, Chelsea and Queens Park Rangers. However, their Europa League group campaign is over with a one hundred percent win record in their 6 group games. Villa will now head into the First Knockout Round facing Spanish side Sevilla. 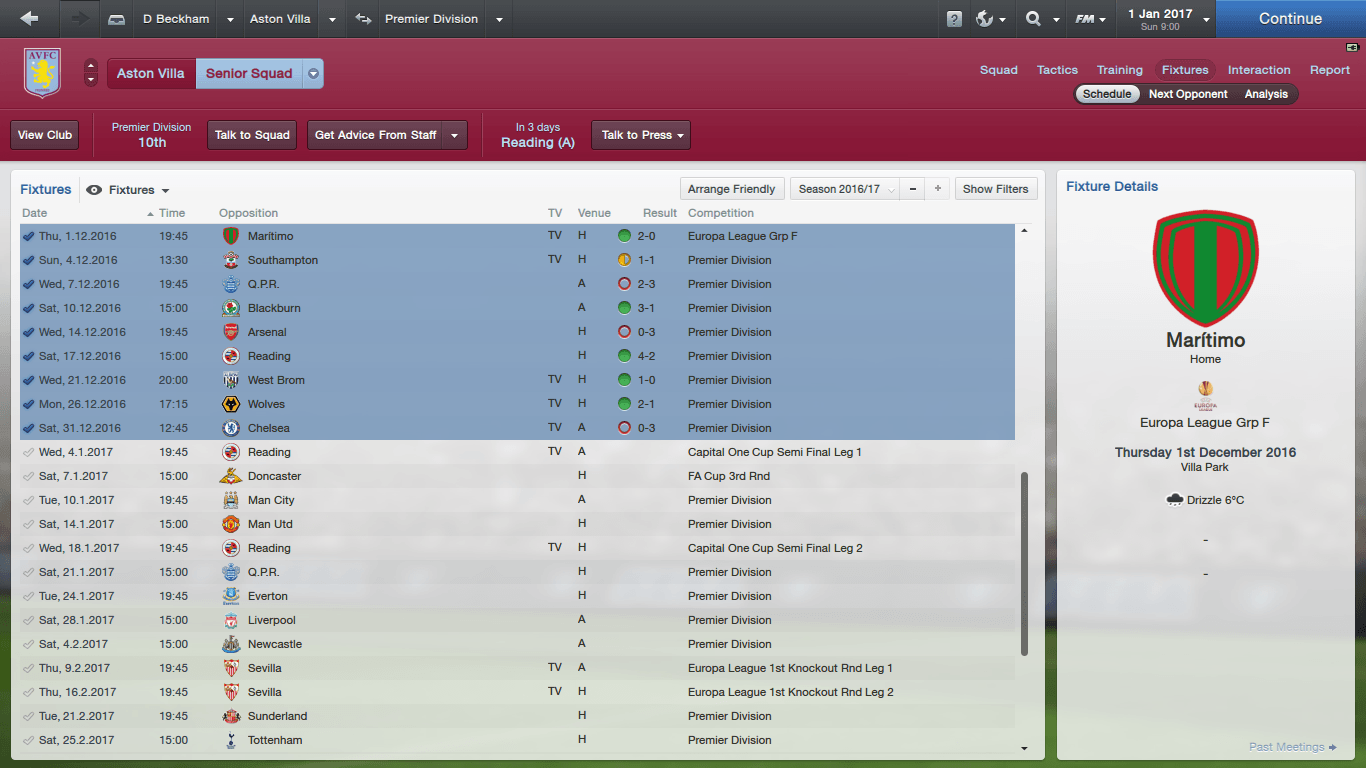 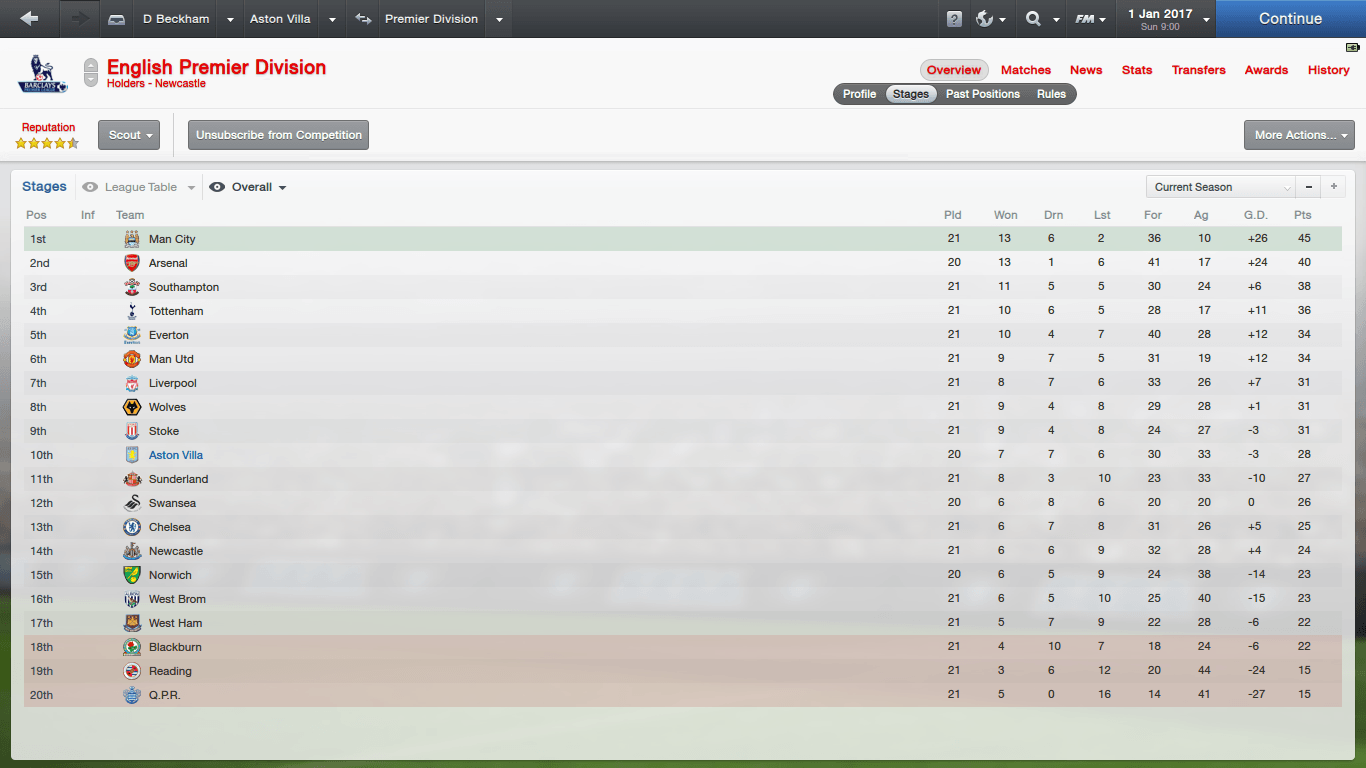 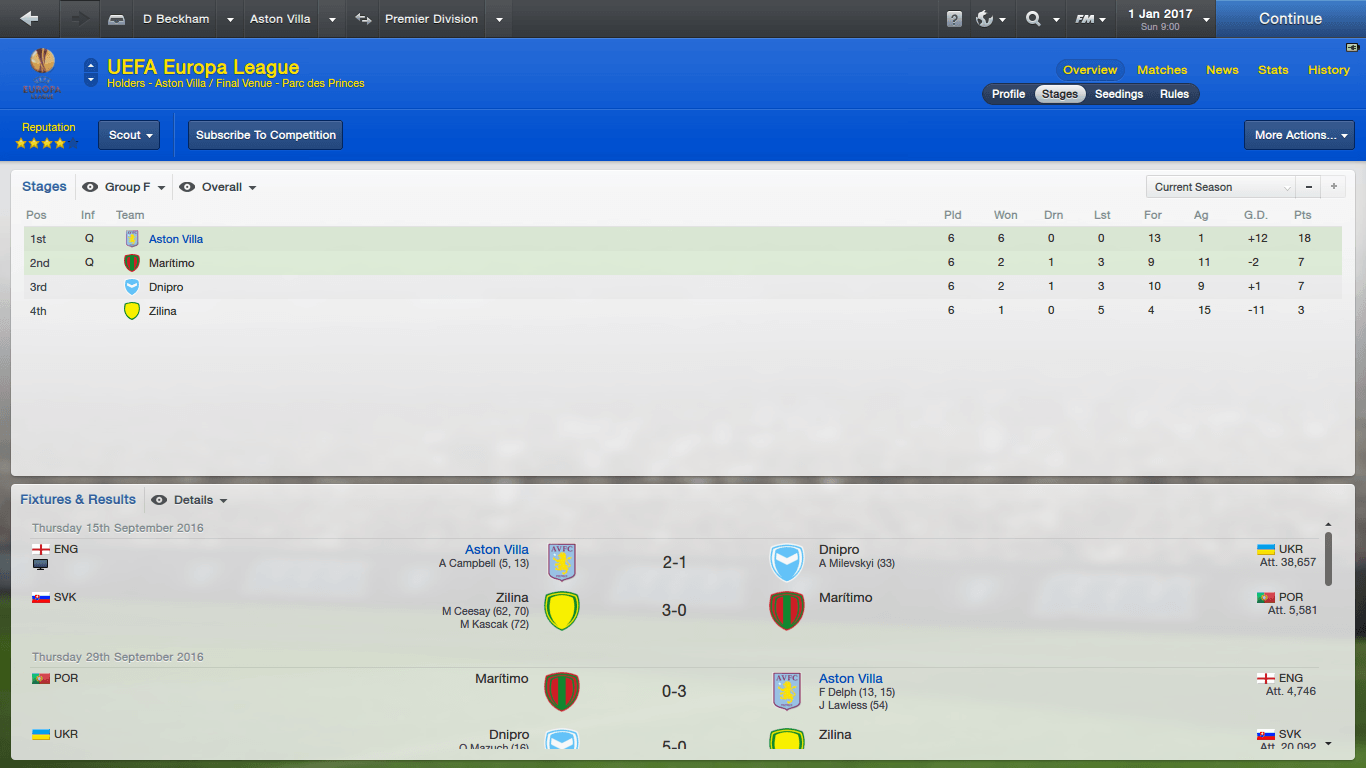 Jesus Blanco makes the last top three for Young Player of the Month of 2016 with his impressive performances throughout December. The Paraguayan international has had a whale of a time playing alongside Fabian Delph and Will Hughes in central midfield. 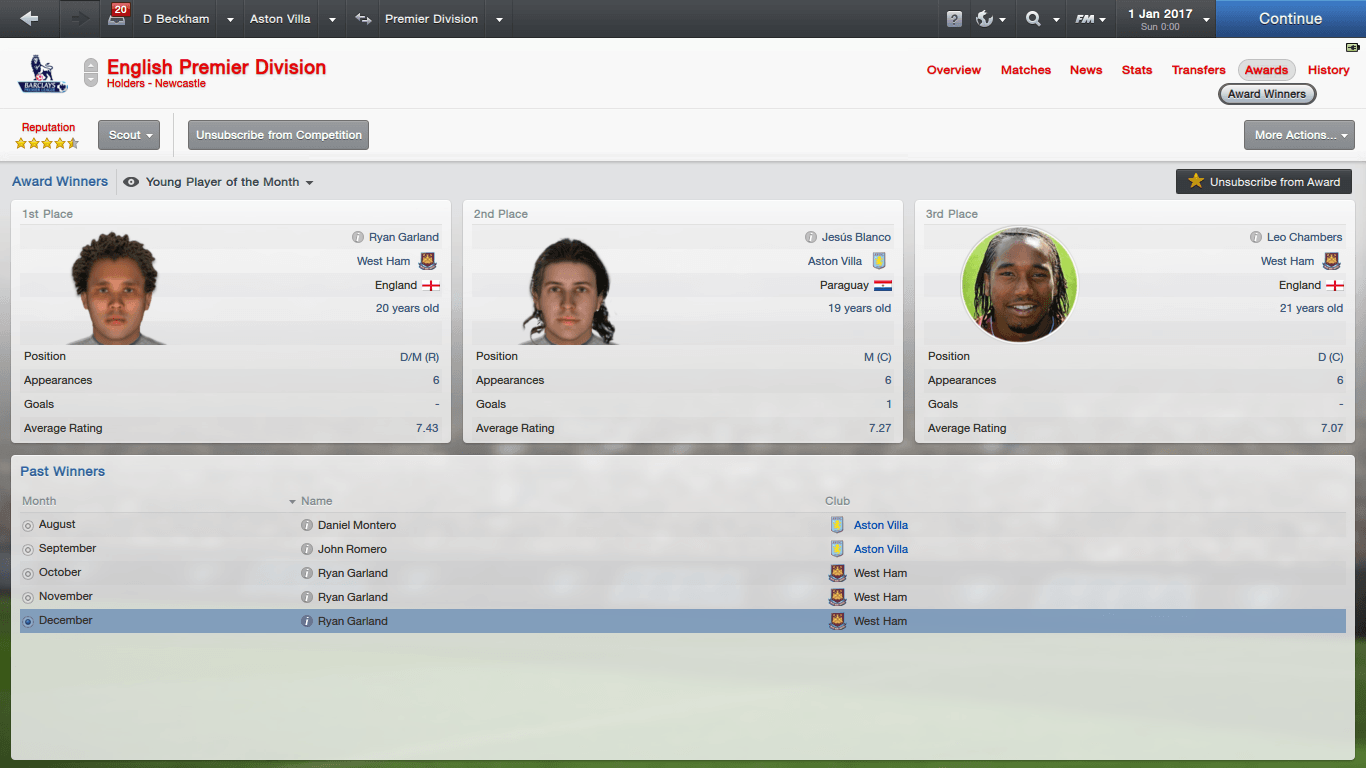 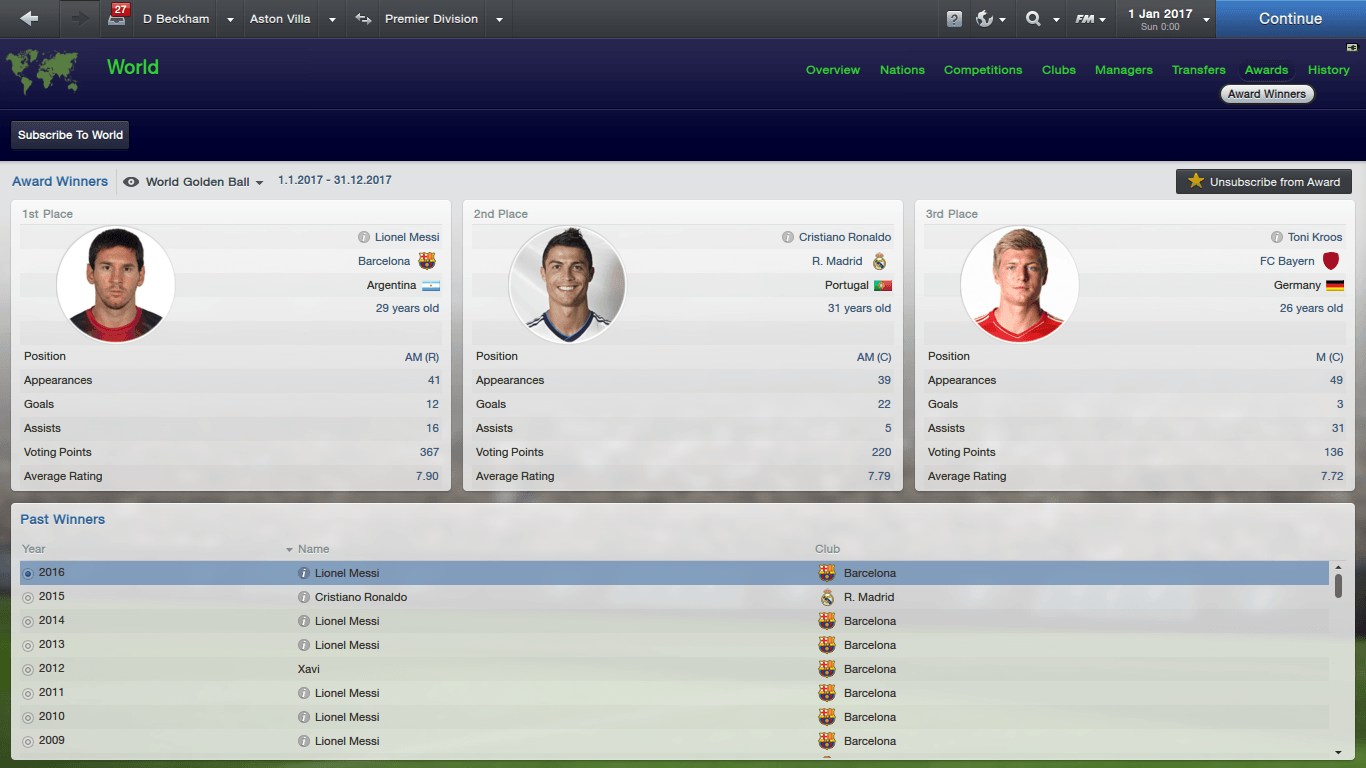 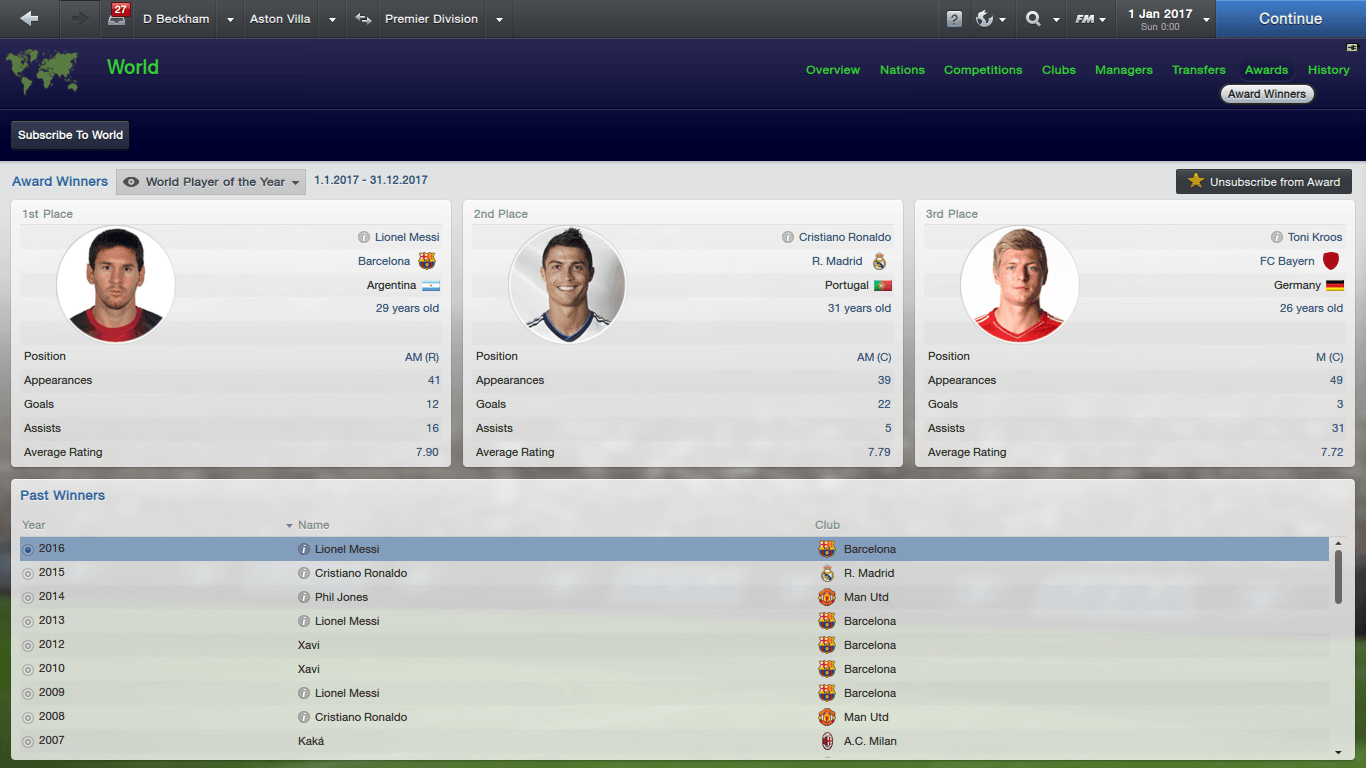 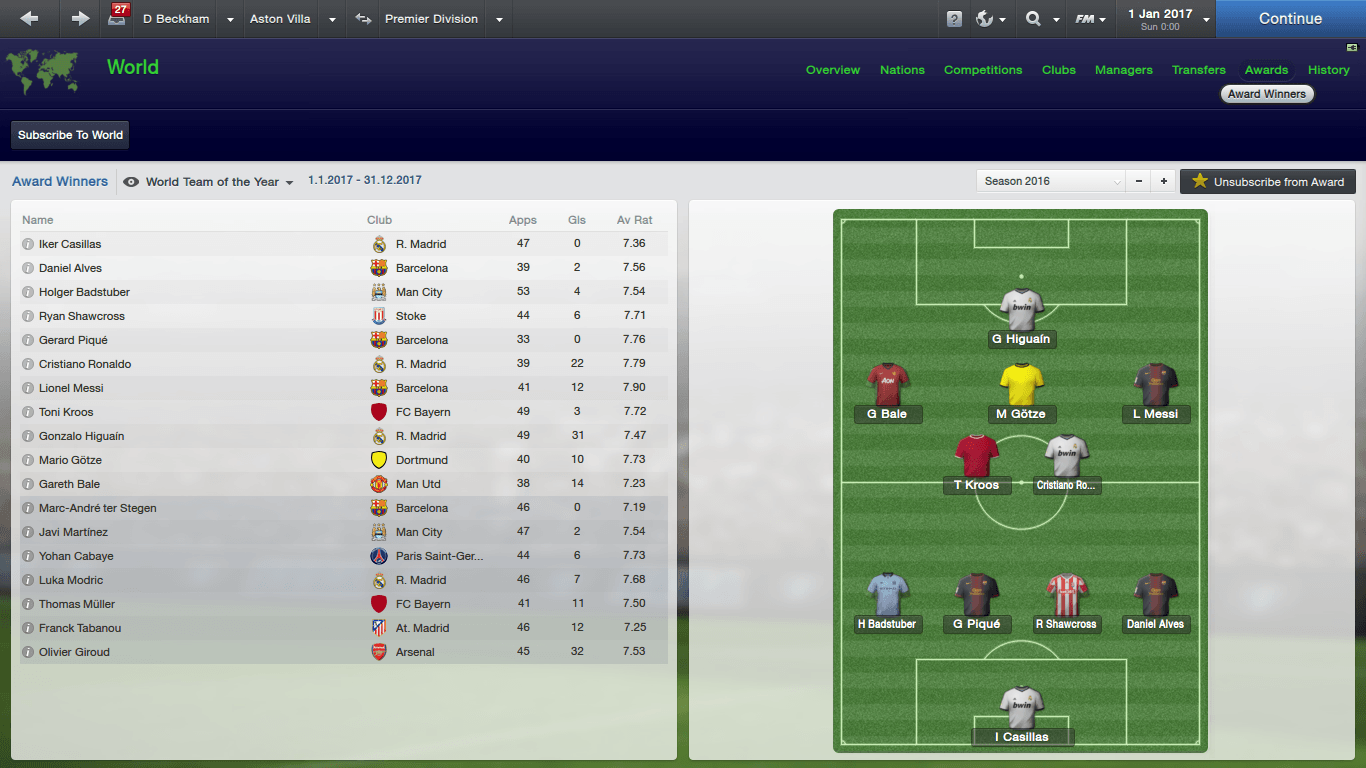 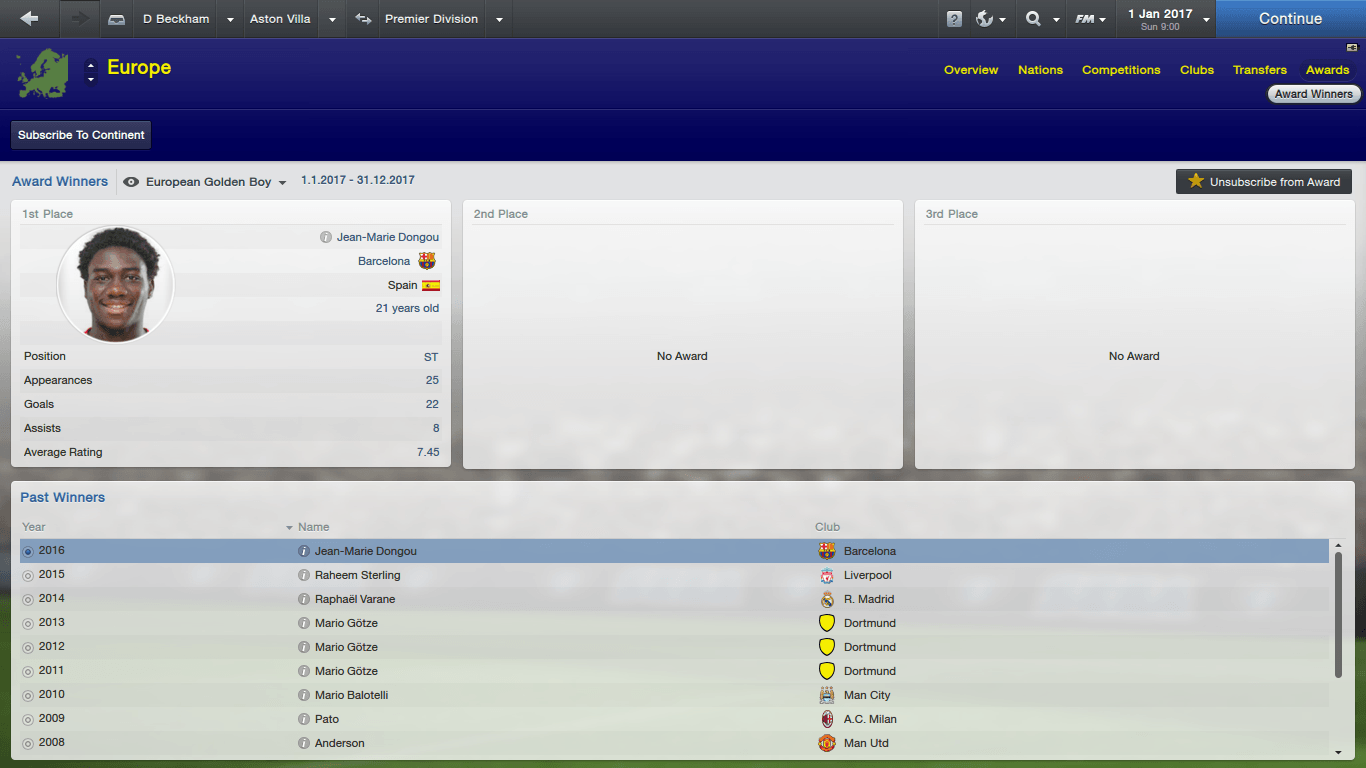