I hope he is, and I think he is too

Southampton have agreed a deal to sign Blackburn's goalkeeper Jake Kean for a reported figue of £4m. Southampton's former keeper Pablo Gazzaniga let in 37 goals in 34 appearances last year in the npower Championship after costing the club £2.7m from Gillingham, but Gazzaniga has insisted he will fight for his place in the Southampton line-up."I played week in week out under Kamara last year and I will play week in week out under Kamara this year. I want to keep my place and I will work hard to do so, I don't care how much we spent on the new goalkeeper, he will not replace me."
Login to Quote 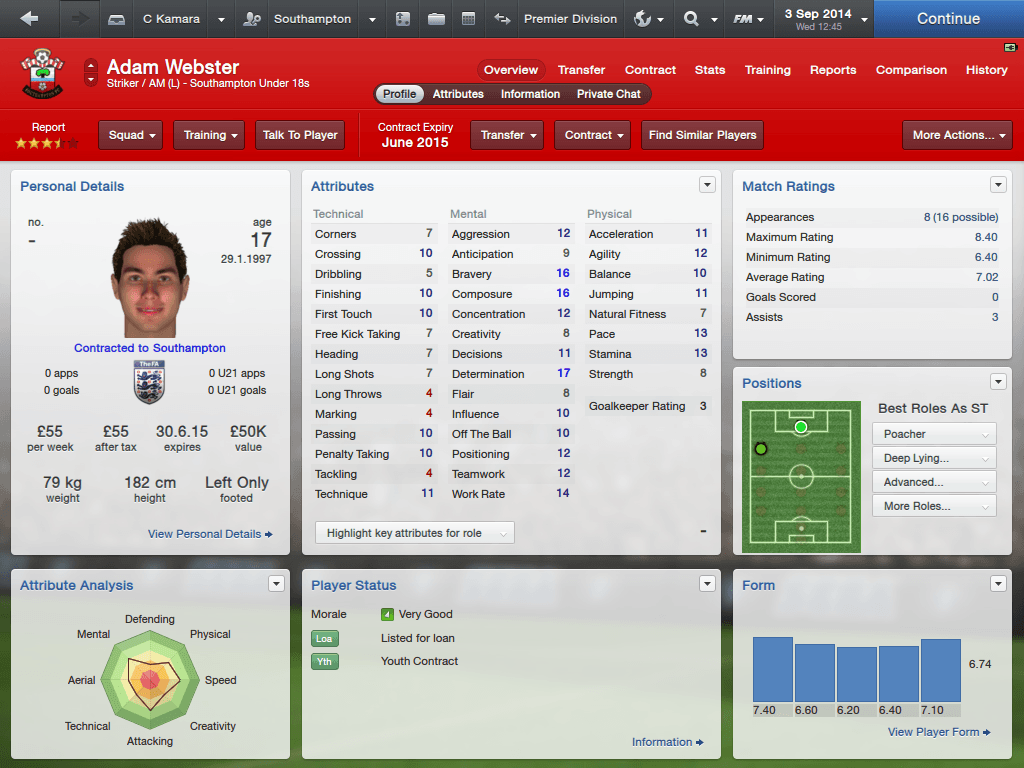 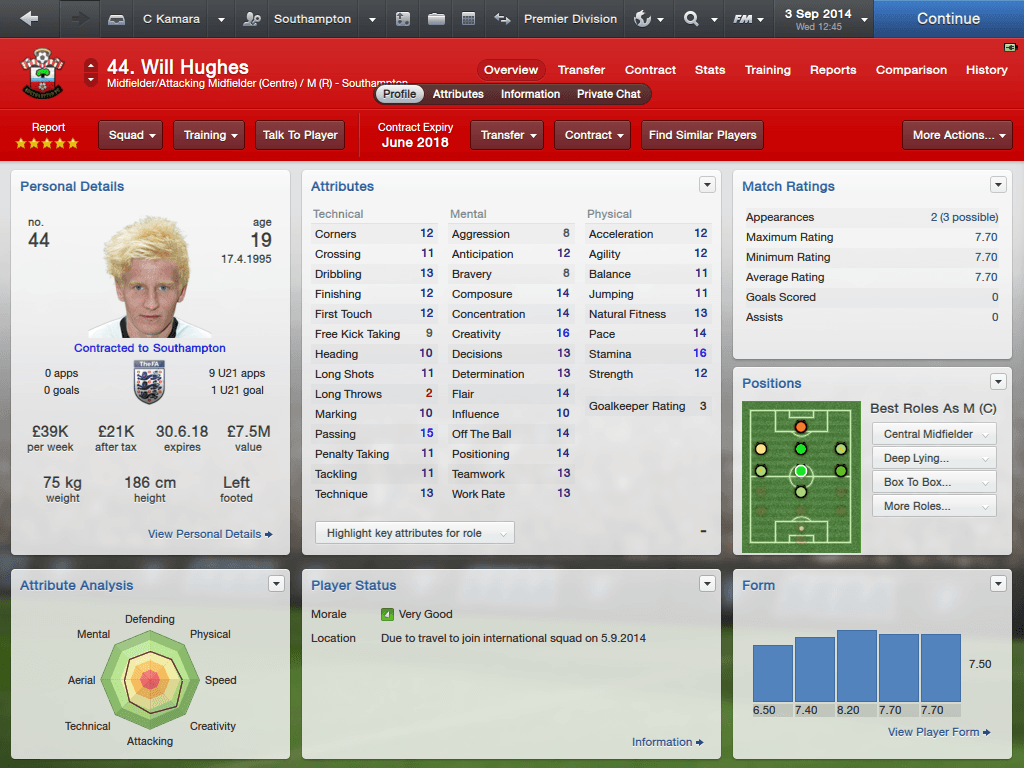 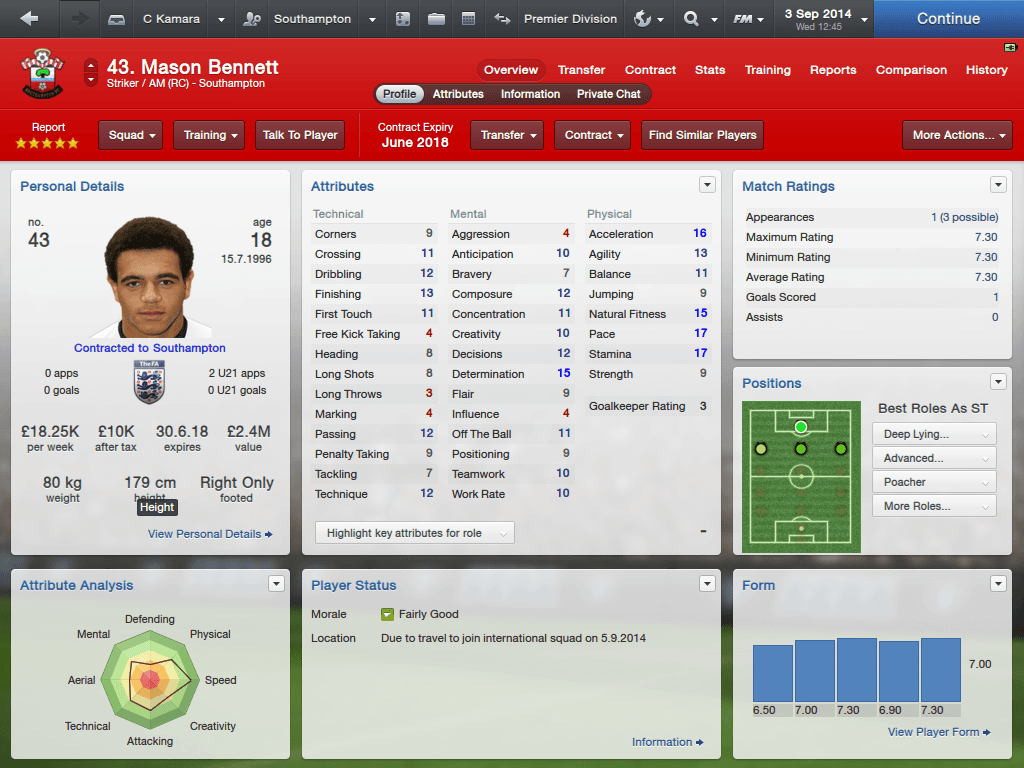 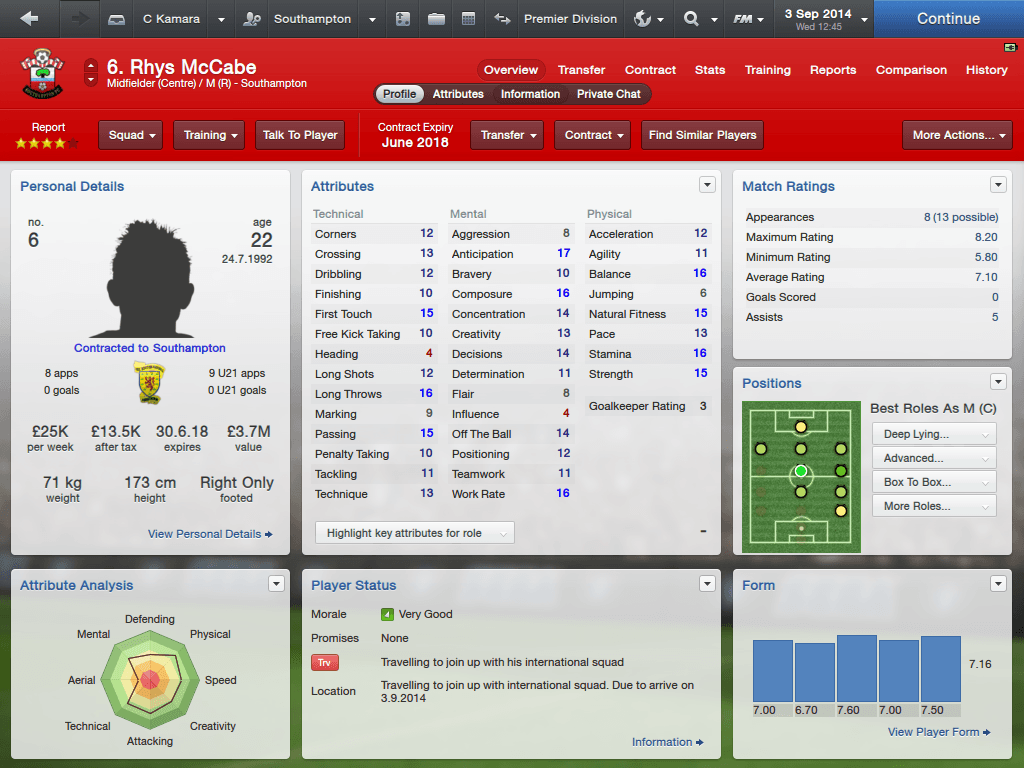 I'll admit, he's not very good, but he was available for £1M! 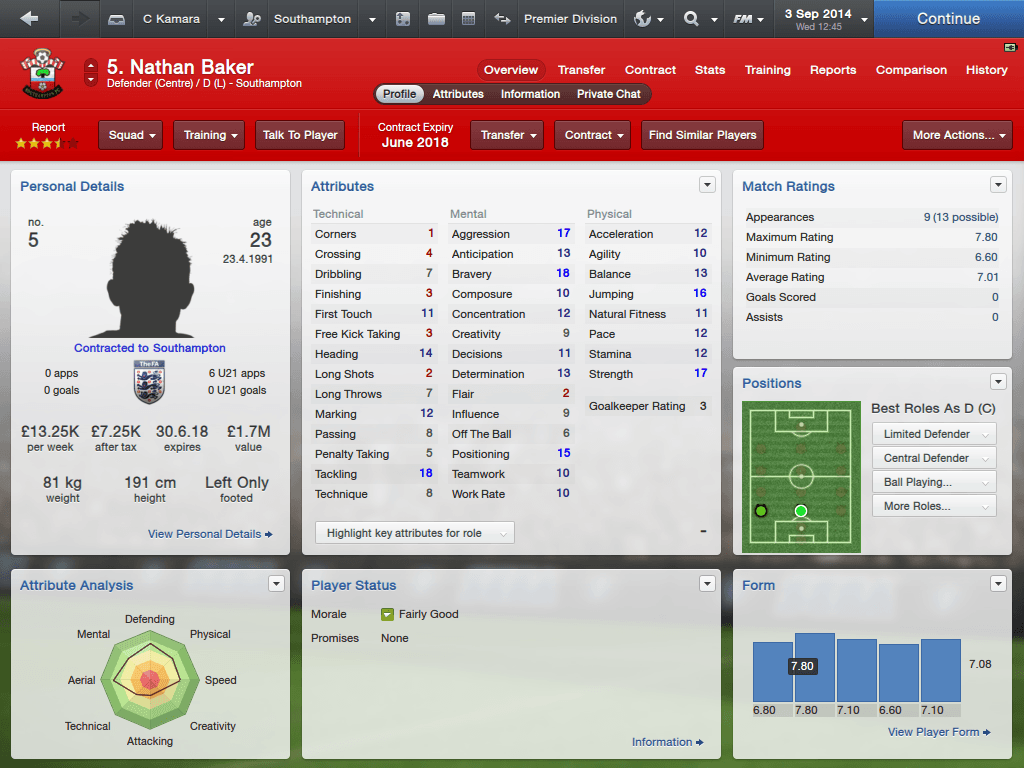 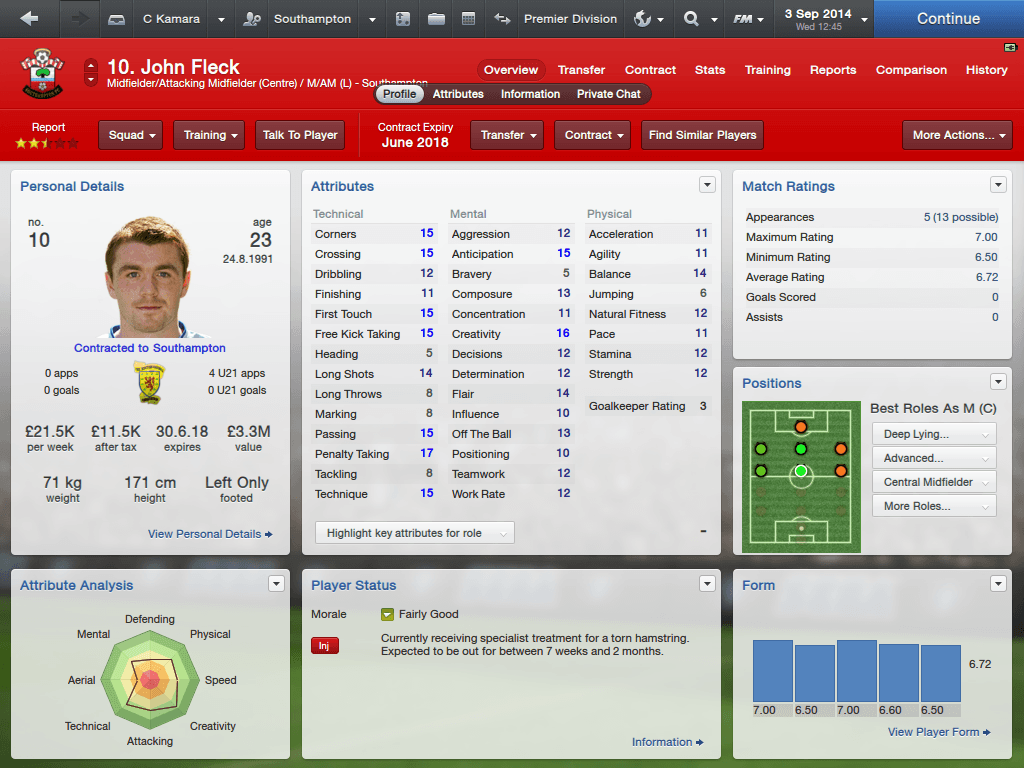 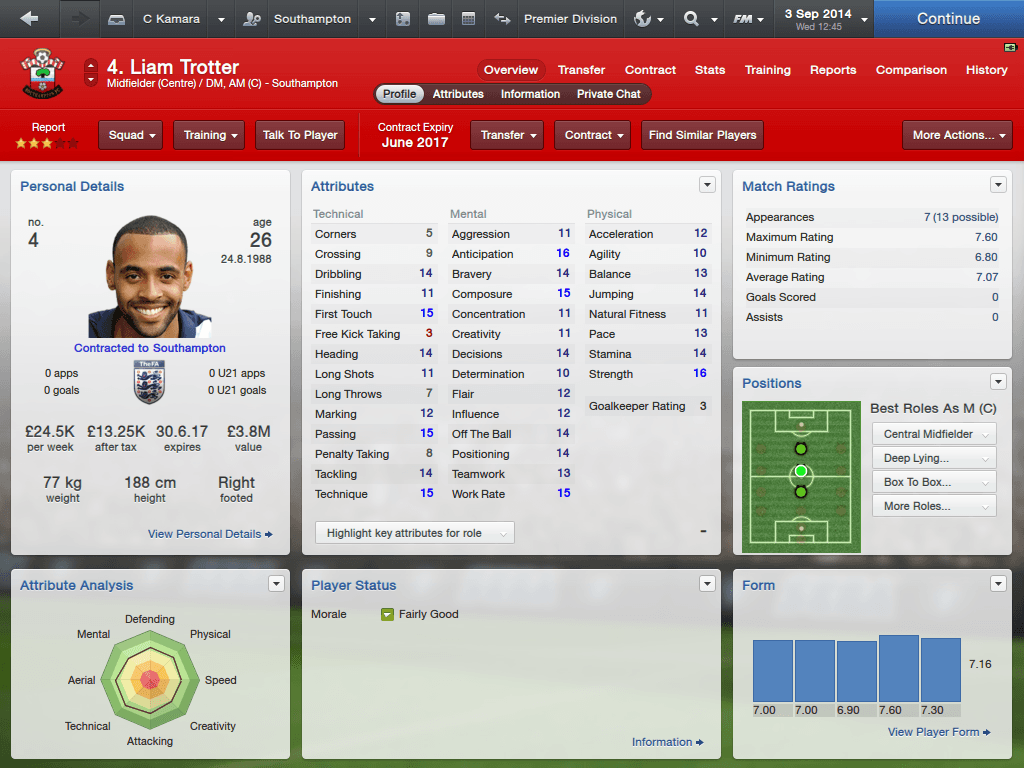 STFCDan
9 years
Trotter did well for me on my save, i hope he does good for you!

http://www.rwdmag.com/assets/img/sized/made/assets/uploads/img/ChrisKamara_New_640_600_276.jpg
That's Kammy deciding what he should say in his next comment

Thanks for helping me reach 500 replies on this story! Kammy would be proud 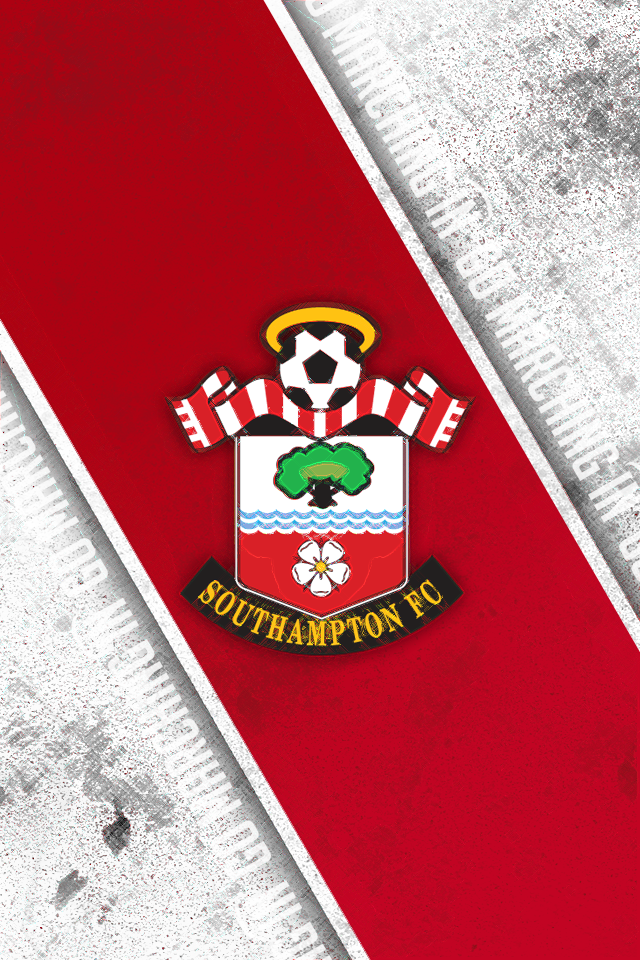 tokenginge:Trotter did well for me on my save, I hope he does good for you!

Thanks, I hope he does well for me on my save now! 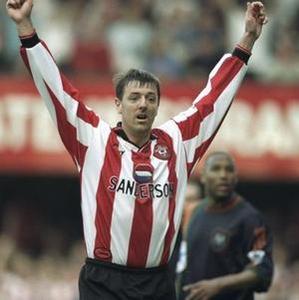 "Well, we are back in the Premier League,and I, as a fan and as an ex player, am pleased with our start. Obviously, it was disappointing to lose our lead to Arsenal but we bounced back against United and it was a great performance from us to secure the point. I think we've made some good signings, especially Johnathan Mensah, although he came in at a high price, he has justified the transfer fee and he was crucial in gaining a point from United. Of course, Rickie Lambert has not played as well as he did last year, but his goal against Blackburn was absolutely superb. Of course, Pompey are still stuck in League Two, and although I don't like them, of course, I wish they were at a higher level. If I ever win the lottery, I'll buy Pompey. And if I get four numbers..."
Login to Quote

k1rups
9 years
Some good signings to end the transfer window and a very good start to life in the Premier League, especially with tough games against United and the Arse
Login to Quote

2013-05-13 04:19#100424 k1rups : Some good signings to end the transfer window and a very good start to life in the Premier League, especially with tough games against United and the Arse

Yeah, I think we've made some good signings, but the aim for this season is to stay up, and only later we can think about Europe

Chelsea will host Chris Kamara's Southampton side in the Fourth round of the Capital One cup. Chelsea are the overwhelming favourites to progress through to the next round, with the home advantage and a much stronger squad, but Southampton are only 2 places behind Chelsea in the league at the moment, and they have held on to a 1-1 draw with Manchester United and also led Arsenal, before falling to an unfortunate 2-1 defeat. Chelsea manager Luciano Spalletti says that Southampton must not be underestimated or his side will have a struggle to make it through. "They are a good side. We must not underestimate them, and if we do, we will be knocked out." Chelsea did not actually beat Soutampton in the Saints' last Premier League season, falling to a 0-1 defeat at St. Mary's and only managing a goalless draw at Stamford Bridge.
Login to Quote

Thanks Mark, Bennett is on fire, but Hughes also is doing well, he got man of the match against Snderland and unfortunately Fleck will be out for a few months, but he was decent in pre-season

Jozef
9 years
I'm sure you'll give Chelsea a great game and I think you'll beat them.
1
Login to Quote

RandydeB
9 years
Hughes and Bennet are great signs, oh and let Chelsea know who is boss in the cup game
1
Login to Quote