Deleted
9 years
Great work, I love the new layout so much more easier on the eye!
1
Login to Quote


Thanks JK, it's a shame there isn't any good results to go with it

Minutes after the final whistle in Southampton's first Premier League game of the season sounded, Saints confirmed that two hot prodigies had signed for the club, for a combined fee of £13m. Will Hughes and Mason Bennett were both produced by Derby's youth academy and are extremely highly rated by players of the game Football Manager and the two players are expected to develop into top England internationals. Hughes stated on his arrival "I have wanted to play in the Premier League with Derby, but unfortunately the chance hasn't come, and I have rejected approaches from other, bigger clubs before, but Southampton came at the perfect time and gave me an offer I couldn't refuse." Hughes played every single Championship game for The Rams last year, and bagged 10 goals, and he has also played 2 Championship games for Derby this season, scoring once. Mason Bennett had only managed 33 games last year, but played one more game for Derby this year, managing 3 appearances before his move to the South coast.
Login to Quote

You'll get them soon

Toon
9 years
Will Hughes is immense!
Login to Quote

Yes. Yes he is. By the way, the screenshots of the players will come after the next results update.
Login to Quote

k1rups
9 years
2 strong signings! Will Hughes is quickly becoming one of my fav players in FM
1
Login to Quote

Thanks k1, I've not signed Hughes before, so it'll be interesting to see how he does

Despite losing 2-1 to Arsenal after leading 1-0, Southampton skipper Adam Lallana believes that his side can stave off relegation. A youth product of the club that was kept on when Walcott and Bale were sold, Lallana knows the club inside out and he knows that they will be playing in the Premier League next season. " We will stay up. I have no doubts about that." He told Saints Player, the Southampton news podcast, on Sunday. "We have the players, we have the manager, we have the coaches and the physios and the fans, and we have the money to make sure that even if we are doing poorly, we can bring in more players. I know we will not go down." Lallana has maybe thought that his comments will spur his team-mates on as they fight for safety, but he will also need to back up his claims on the pitch. Manager Chris Kamara has called for the fans to get behind the players, and he says that the fans can make a difference, and influence the sides performances. "It's always reassuring, when you are out there on the pitch, for your fans to be calling your name, egging you on, giving you the mental advantage. Southampton have the best fans in the country, we need you to make your voices heard, make it count for something." Saints have only just come up from the Championship, winning the play-offs, beating a very strong Tranmere side by one goal in the final, and a Premier League standard Wolves team 5-2 on aggregate in the Semi Finals.
Login to Quote

Southampton Manager Chris Kamara has confirmed that two more players will be joining the club, as Kamara looks to improve his side to help Saints stay up. The first signing is Colin Kazim Richards, who has joined on a free transfer after refusing a new contract at Galatasaray, and he is a Turkish international, with 35 caps. Richards said at his unveiling "I've played in the Premier League before, with Sheffield United, but now I'm back, and I know I will only be back-up, but I think I can grab a few goals too." The other signing has been much more expensive for the Saints, and the player is Jonathan Mensah from Evian. 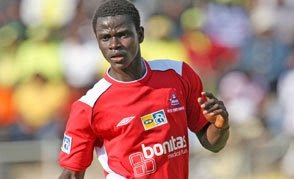 Mensah was interviewed after his signing, and he announced his delight at being picked up by Chris Kamara for such a large fee, of £12m. "Chris knows that I can perform for him, and that's why he signed me for such a big fee. I know I can play to the standards of the Premier League, and I will prove it, against Manchester United. I'm confident we will win, or at least draw." Mensha told the Southampton Gazette.
Login to Quote 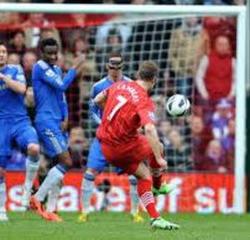 A great performance to get our season off to the perfect start. Rickie Lambert's excellent goal wrapped the game up just after half time, despite the late drama of our last meeting.

We started well, but we unfortunately lost the game in the second half, but we can be pleased as we gave a top side a run for their money. 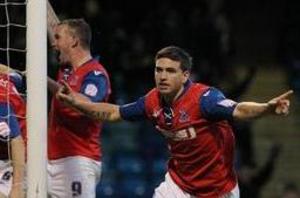 We eventually won well, but I was disappointed that we couldn’t get the victory in normal time against a lower-division side. 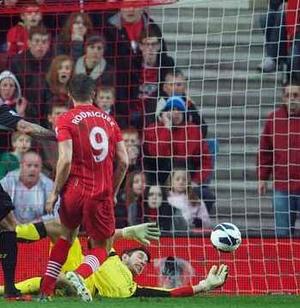 A superb performance to draw with United. Unfortunately Adam Lallana’s injury will see him out for 7 to 8 weeks, but we also injured ex-Southampton player Gaston Ramirez.


Overall a good month, we only lost once and we had tough games against Arsenal and United. Most of our new signings have bedded in well, especially Jonathan Mensah.


Jonathan Mensah has justified his £12m transfer fee with excellent performances to make sure we only lost once. He has often partnered Maya Yoshida who has also been on top form, although Rickie Lambert has struggled.


Despite only getting one goal this month, Rickie Lambert gets the goal of the month award for his strike against Blackburn. From 30 yards, he powered the ball over the wall and into the top corner, leaving Paul Robinson with no chance.

Arvind
9 years
From the looks of it, Mensah might just have been the missing piece in the Saints puzzle. Good result against United, and a win isn't the worst way to start off the month