Neal
9 years
NOT MY FUCKING OREOS!!!!

JasonRM
9 years
haha neal, you're mansion is destroyed at worst of all, the OREOS are gone! 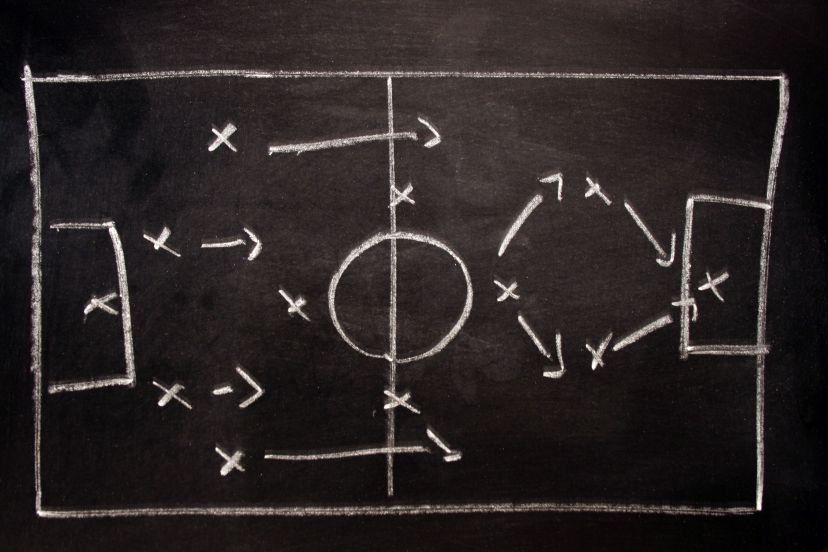 Fabio had mulled over how to change the way the team played. And now he had done it. He had developed a tactic that he knew could work. A tactic that everyone would ridicule and laugh at. However he couldn't wait to prove them wrong. He put the piece of paper containing his old tactic in the bin. He placed a new piece of paper on his desk. He looked at it 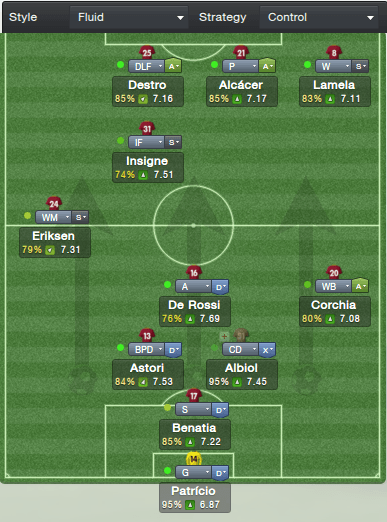 I feel having the sweeper will add stability to my back 2 of Astori and Albiol. Also Seb Corchia as an attacking full back will offer another option up that end as Daniele De Rossi will sit back to protect the defence. Eriksen as a wide midfielder will mean he won't be too far forward but will still be able to support however Lamela on the other side will be right up near the goals, whipping crosses in to Destro and Alcacer who I feel could become a deadly partnership. insigne in just behind them will offer further support.

I feel this tactic will help me achieve Champions League football. If it doesn't I will step down as Roma manager. I give you my word on that.
Login to Quote

Neal
9 years
I love the crazy tactic! My only problem is that you take a super creative playmaker like Eriksen and shunt him out on the left side where he has to be very concerned with defensive duties as well. It's a waste of his abilities IMO. I'd switch him with Insigne to give him more attacking threat, while I know Insigne can play very well on the left from my own experiences. Totally up to you, though, and if the tactic gets you the results, no complaints!

Verdinho
9 years
Wow that's an interesting tactic! I do see something special in it though. Just a thought. How would that look if you had Lamela over on the left wing crossing in on his preferred foot meanwhile Eriksen comes centrally to help control the play. Since Corchia will be attacking, I feel you can have him run the opposite flank on his own.
Login to Quote

2013-08-20 19:04#129858 P-KIDDY : Wow that's an interesting tactic! I do see something special in it though. Just a thought. How would that look if you had Lamela over on the left wing crossing in on his preferred foot meanwhile Eriksen comes centrally to help control the play. Since Corchia will be attacking, I feel you can have him run the opposite flank on his own.

Le Problem is I am a fair bit ahead!! I've finished the season but next season I will change it to what yourself and Neal think is best!

EDIT : BACK, WASNT REALLY FEELING THE LEGENDS STORY AND I LOVE THIS ONE!
Login to Quote

Hasan Enraged By "The Shade" 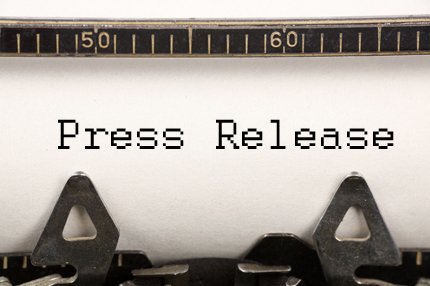 Roma owner Neal Hasan has yet again gone public with his hatred of "The Shade".

Mr Hasan blasted The Shade in his recent Press statement, claiming him to be a ignorant, idiotic fool with an ego the size of China. Hasan went on to mention that The Shade should just turn himself in and he would personally assure he was dealt with leniently. Leniently meaning the only remove 1 of his testicles...

Our correspondent Mike Platt was the man who received Mr Hasans statement that read this :

"The Shade is fast becoming the most hated man in Italia. He has caused havoc, kidnapping peoples wife's, smashing up my very own home. He is a class A plonker. An utter egotistical, selfish prat. This statement will probably encourage him to attempt something else but let him, see if I care. If he does try anything else, we will be ready. Oh did I also add he held me hostage and attempted to shoot me. Please, we need your help people of Rome. If you see anyone lurking suspiciously around the Stadio Olimpico or any of the players houses, alert the police. This man is officially now viewed as a threat to National Security. He can be taken by lethal force, I have the permission of Mr Berlusconi to issue this decree. RPD (Rome Police Department), which ever police man gets this rebel he will receive a healthy reward, and remember I am a very rich man."

So as you can see Mr Hasan is evidently angered and dismayed. We at BBC would just like to say that like Mr Hasan that we want The so called "Shade" to be found and arrested. This man is a threat to Rome and needs to be taken out. Long Live Neal.

The Shade was on Facebook and he saw a link to the BBC website. The link was entitled "Neal Blasts Shade". He clicked it and was enraged at this man's arrogance and determination. He was going to get him and take him down. He stepped into his front room and picked up a slightly more powerful weapon than his Walther. Yes, just a tad.

He was going to make a bang
Login to Quote

wellsy1498
9 years
A great update. I love the way you have wrote this and you deserve your SOTM nomination

SuperFrankieLampard
9 years
I don't think he's going to make a bang if this is what he has in mind...

Jozef
9 years
Wow, I need to read this story more often. Ego the size of China lol.
1
Login to Quote


Hahahaha, this made me laugh!!
Login to Quote