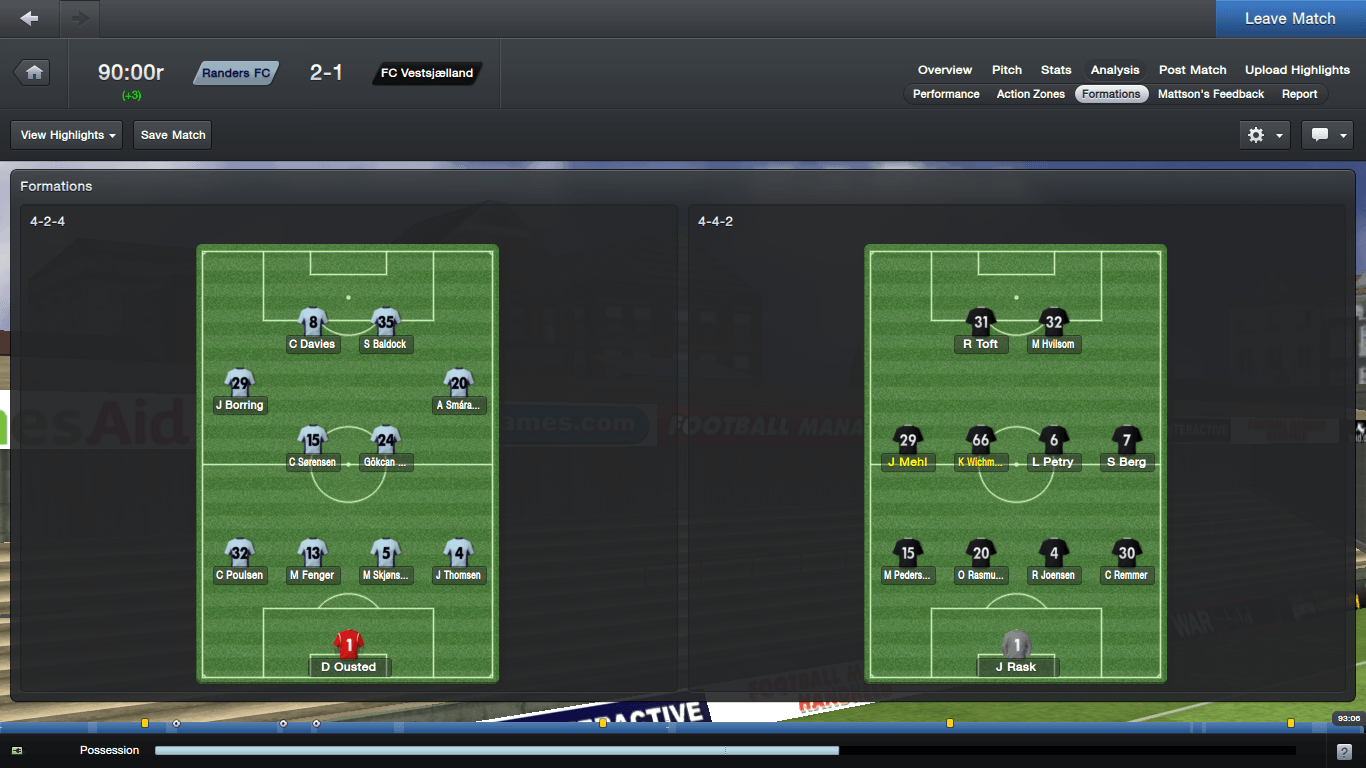 georgeevans
9 years
Looks good! Will be following from now on!

k1rups
9 years
Solid start to your time at Randers! Good win against Brondy and your old team

MinusZ3R0
9 years
Cool story bro, you're management goals are similar to my aspirations of becoming a legend in management although you definitely have the bigger ego haha

Louis O.
9 years
Kissing the Randers badge in front of the F.C fans. Not going to go down too well

Jozef
9 years
Great result Beany. Just read the last few updates after me not having time to read before
Login to Quote

DeanByrne1995
9 years
FC who?? There nothing without the gaffa!
Login to Quote