Zap
6 years
Promising start to the league, it's always good to have a positive attitude in the dressing room. Optimism is a good thing until it turns into delusion, keep it up!
Login to Quote

Walter
6 years
Zapdos Yeah, if we can be confident we can beat the teams below us. Haha yeah, that's a good point. This month was tough for us, as it was our first real 'long-haul'. We played a grand total of eight fixtures in this month, all in the space of 31 days. This month began at home to Braga B. We mustered up a 1-1 draw but we'd have liked to have done better.

Away trips at Leixões and Santa Clara followed, but they both finished in dour 1-1 draws as well. We were lacking that cutting edge in front of goal. Soon an undefeated stretch turned into a losing one when we went to face top of the table União Madeira.

A 1-3 loss followed, leading on to the game against toughest oppositon Rio Ave. Another 3-1 loss away from home soured mood in the camp a little bit and we went away feeling the heat of those two losses.

The cup game versus Pontassolense gave us the opportunity to set things right and we did just that with a very close 4-3 win that didn't look particularly good on paper. It was enought to get us back to winning ways, however, as we just pipped Feirense in a tight clash.

The month finished at home to Oliveirense and we scraped a 1-1 draw to finish the month with 7 points, not a very big total. 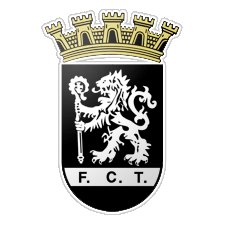 Next month, we will play Tirsense. The third time we've been drawn against a lower league side, this should provide us another chance to kick on with some momentum and maybe even the chance to give our strikers a chance to score a few goals? 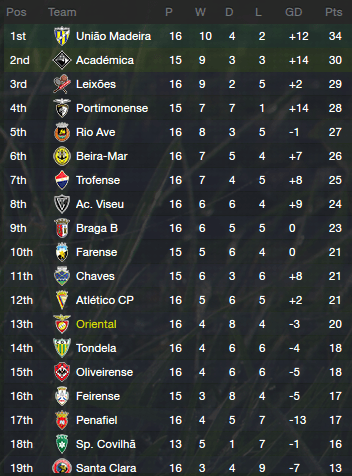 After the flying start I must admit it is a little disappointing seeing us falter so much. Yet, I can't be too hard on the boys - they're the ones on the field and they've made the jump up the division. I've just got to keep encouraging them and keeping the morale up and steady - I'm sure we'll improve.

Another long month. Hopefully this time around we can pick up a few more points, because if we do the momentum it will produce will pay lots of dividends. We need to hit form and if we don't this month, then we have to fix something.
Login to Quote

Atoobie
6 years
Better run towards the end of the month, draw was nice!
1
Login to Quote

cfcmarkt
6 years
Good draw in the cup and with some good form maybe there will be another #PROMOTIONPARTY. as your not that far off. Good Luck.
1
Login to Quote

Josh_MU
6 years
Tough month, but I can see you recovering from this

Walter
6 years
redwolf, fzemdegs, cfcmarkt, Josh_MU Thanks for the comments guys, I'm not too upset about it and I'm sure we can recover!

Slid3Tackle
6 years
not in the best form, but things can change quickly!
1
Login to Quote

Yeah, we just need a good patch of form to bounce back quickly

Jer
6 years
Disappointed to see such a shit month mate! Jkjk, all these teams you played seem to be good, so ;P
Login to Quote

November: The Momentum Is Here 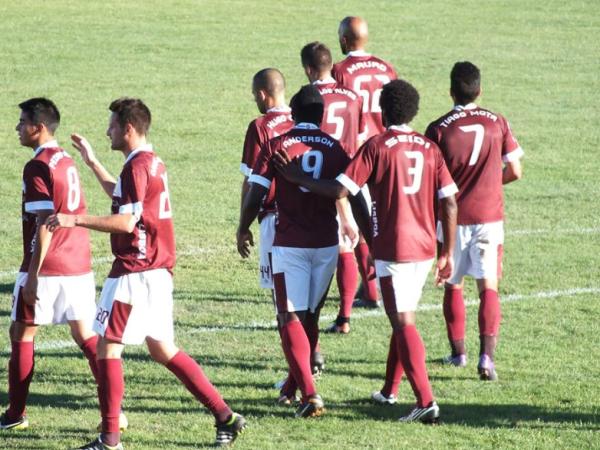 I've been talking about how in the last two months we've had long ones, with all the fixtures coming in short and sharp bursts. November offered another one, and we were looking to get back on the right foot after a tricky October.

Farense was our first opponent of November, and we came away with an outstanding away result! The 3-1 win was what really kick started a purple patch of form. We had a brief away trip to rivals Atletico CP, but we were twice denied the win because we couldn't hold our lead.

In the Taça de Portugal, we were matched up against third division Tirsense. After going 3-0 up, we let them claw it back to 3-2, and I thought we'd do the impossible and drop a three goal lead. But we got back on track with a 4th, but they got their 3rd - before Careca finally slotted home our fifth to seal the win.

A home game pitted us against Penafiel and we managed to come away with another excellent result. Another home game saw us host promotion rivals Freamunde - a must win game. We kept our first clean sheet for a while and won another game!

We travelled to Sp. Covilhã and went there in full form. This patch of positive form continued when we beat them 3-1 as well. It was evident that we were on top form this month, much to my delight.

The first real test of the month came at Académica, favourites for promotion. We went into the game with a counter-attacking approach, and it paid off. After analysing our 2-0 defeat earlier in the season, I realised they played with a very high line, meaning we didn't have room in midfield. By dropping my defence back we had the space to play a fast counter attacking game and we somehow came away with a 2-0 win!

The final result of the month was an away trip north to Chaves. The run had to end somewhere, and I guess this was it. We didn't play poorly, it was just that they were the better side. Our first real test of the cup - we've been drawn against a team belonging to the same division as us in Feirense. If we can get past these guys playing a few non-starters, then it will be great. However, I'm not very fussed about a result. 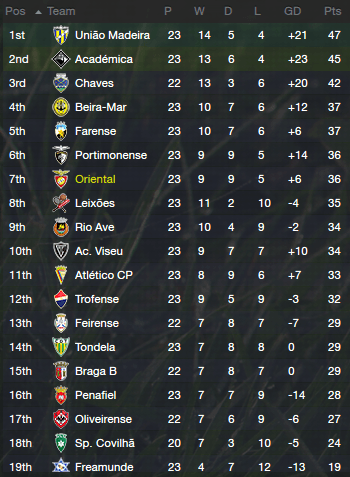 This rise in form has rewarded us - with a rise in the table. After accumulating far more points than last time, we sit pretty above the mid table positions and if we keep this up, we could even attempt to make an outside push for promotion!

The fixture list from before is recycled. That means: same fixtures - all over again. Hopefully after already playing these teams once we can exploit their weaknesses and we can come away with a few more points in an attempt to push up the table.
Login to Quote

Jer
5 years
GET IN THERE WALT!
Login to Quote