It's your job to make them world beaters now though. You'll need it so I'm going to say it, best of luck Walter.
Login to Quote

Justice
6 years
Herman-dad, something tells me this club was named after a father but I'm not sure what his name was

Icarus
6 years
You mean we'll actually get to see some Football!?

Also, Felix is on the right track

Neal
6 years
We know the club now, but who is the goddamn manager!?

Josh_MU
6 years
WHO IS THE MANAGER, TELL US NOW K.
Login to Quote

Walter
6 years
Paddy Let's go! I knew what it meant

pompeyblue I will lmao haha.
Justice You and your dirty mind

Icarus That's right - we are going to see football!

Nealão I'm shocked you haven't guessed already haha
Josh_MU Seriously, you shoula worked it out!
Feliks I forgot about this one 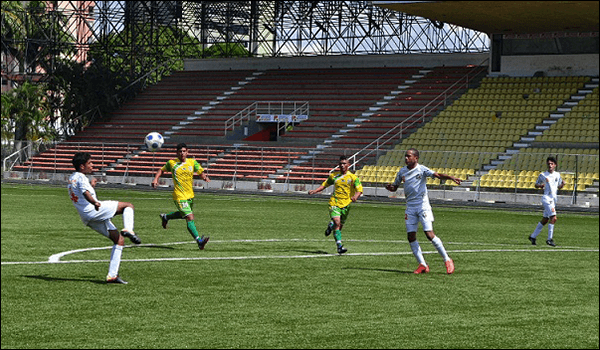 "Everyone," said Mr. Mea Vitali, "I'd like you to meet our new manager."

Feeling somewhat like a movie star I took my seat in front of the club's advertising boards alongside the chairman Mr. Mea Vitali and the club captain David Dávila in my introduction as manager of Hermandad Gallega Football Club. The press looked a little surprised to see a fairly pale man with combed black hair, who was unknown to the Venezuelan football community, as manager.

A few cameras flashed and I waited for the first question to be asked.

"Hermandad Gallega were only recently relegated to the Venezuelan Lower Division, how do you rate your chances at bouncing back up at the first time of asking?" asked a small, dark haired man who was obviously a new boy in the media world.

"I'm not in the task of making predicition but I think with the right structure, discipline and foundation we can make a good go. If not this year then maybe the next."

Another man's hand shot up as he seeked to ask the million dollar question. "You come here with little to no experience of the Venezuelan football league structure. Do you think you're still up to the task?"

I replied calmly, "Yes," leaving the reporter a little flat and annoyed that he hadn't got his soundbite out of me.

The final question came from an older journalist, with receding grey hair and glasses, he took his time to get his question out. "Los Gallegos have been on a bit of a downward curve over the past few years, can you be the spark to ignite this club?"

Out of respect to the journalist and because it was such a good question, I graced this one with a little more zing, so to say. "Sometimes it only takes one person to instigate a turnaround. Hopefully I am that man, or that spark, as you say."

As I got up and prepared to leave the press room I noticed a man with his head titled downwards, and covered by a tribly hat. He was talking on the phone and didn't look like the stereotypical reporter. I thought about this over and over, before remembering that they thought I was dead.

"Oh and one more thing, guys," I called out to the reporters who were still standing taking photos for the next day's back page. They all stopped and waited, looking at me in anticipation.

Thank god, the secret was too much to handle. Cmon Bond stories!!!!
Login to Quote

Justice
6 years
Was expecting something more....