Neal
9 years
So the story goes on!

What's your record over 100 games?
Login to Quote

No no, Blue, you've got it all wrong: losses go last, not first

No no, Blue, you've got it all wrong: losses go last, not first

Its in Hebrew silly

Glad u left that swamp for a better place! FORZA MILAN!!
Login to Quote

Glad u left that swamp for a better place! FORZA MILAN!! 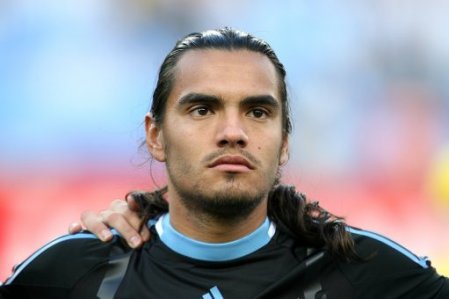 AC Milan have confirmed they have signed a pre-contract agreement with Sampdoria goalkeeper Sergio Romero for him to join the Italian giants once his contract with his current club expires in the summer.

The Argentine, who has won 28 caps for his country, is widely expected to be the successor for Milan's veteran keeper, Cristian Abbiati, who has announced his intention to retire at the end of the season. The Italian joined AC Milan in 1998, and has gone on to make over 300 league appearances for the club, although he spent spells out on loan at Juventus, Atletico Madrid, and Torino. Despite spending such a large period of time with the Italian giants, Abbiati picked up only 4 caps for the Italian national team.

Romero, on the other hand, still has a long time left in his career. He is only 27, and almost ten years younger than Abbiati, and although critics believe this will lead to inexperience in the Milan side, fans are expecting big things from Romero. He started his career with Racing in the Argentine Premier Division, and quickly attracted attention from European clubs. After just a season with Racing Club, he signed for Dutch club AZ Alkmaar in 2007, and stayed there until joining current club Sampdoria in 2011, although was unable to prevent them being relegated from Serie A last season.

Arvind
9 years
This guy will pull off extraordinary saves and then do something stupid or the other way around.

No different to having De Gea then!
Login to Quote

No different to having De Gea then!


Are you sure you want someone like that Llama in the team?

Jamesg237
9 years
An interesting choice you leaving Manchester United for Milan...I was looking forward to reading about you bringing United to their knees! Ah well. Good luck with Milan and it would be great to see you turn them back into a dominant force in Europe.
Login to Quote

AlexSonwild
9 years
You just did a very good choice. It was really hard to support United.
Good luck at San Siro m8, I hope you will stay until the end of the season.