Jamesg237
7 years
It is actually mad how many replies this story has had! All been well deserved. Keep it up Glenn and I will try stay up to date with it!
Login to Quote

Unbeaten this month in the Bundesliga, Bayern went on to secure qualification for the Champions League through a 2-2 draw with Roma. They are inching closer and closer to the top of the table and speculation about the board's unhappiness with David Beckham has now stopped entirely. It is time for Die Bayern to push on. 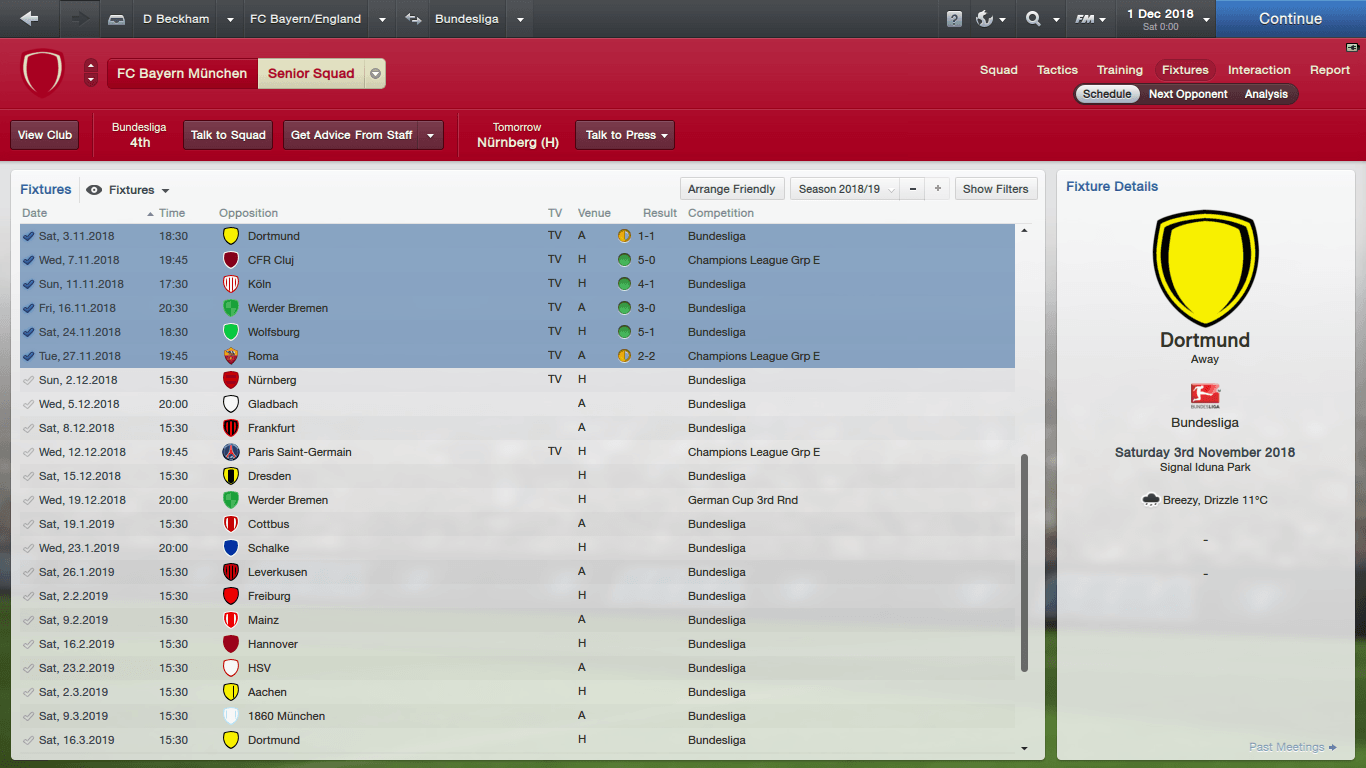 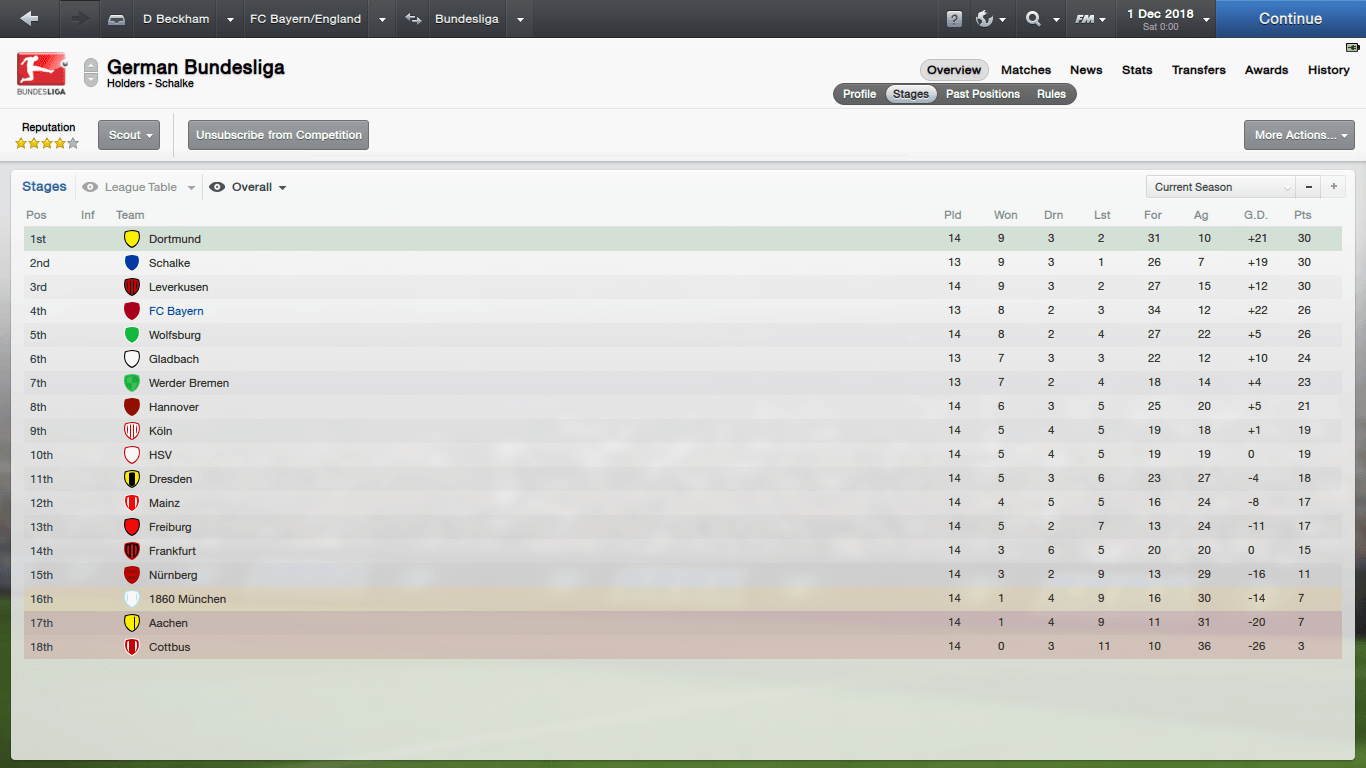 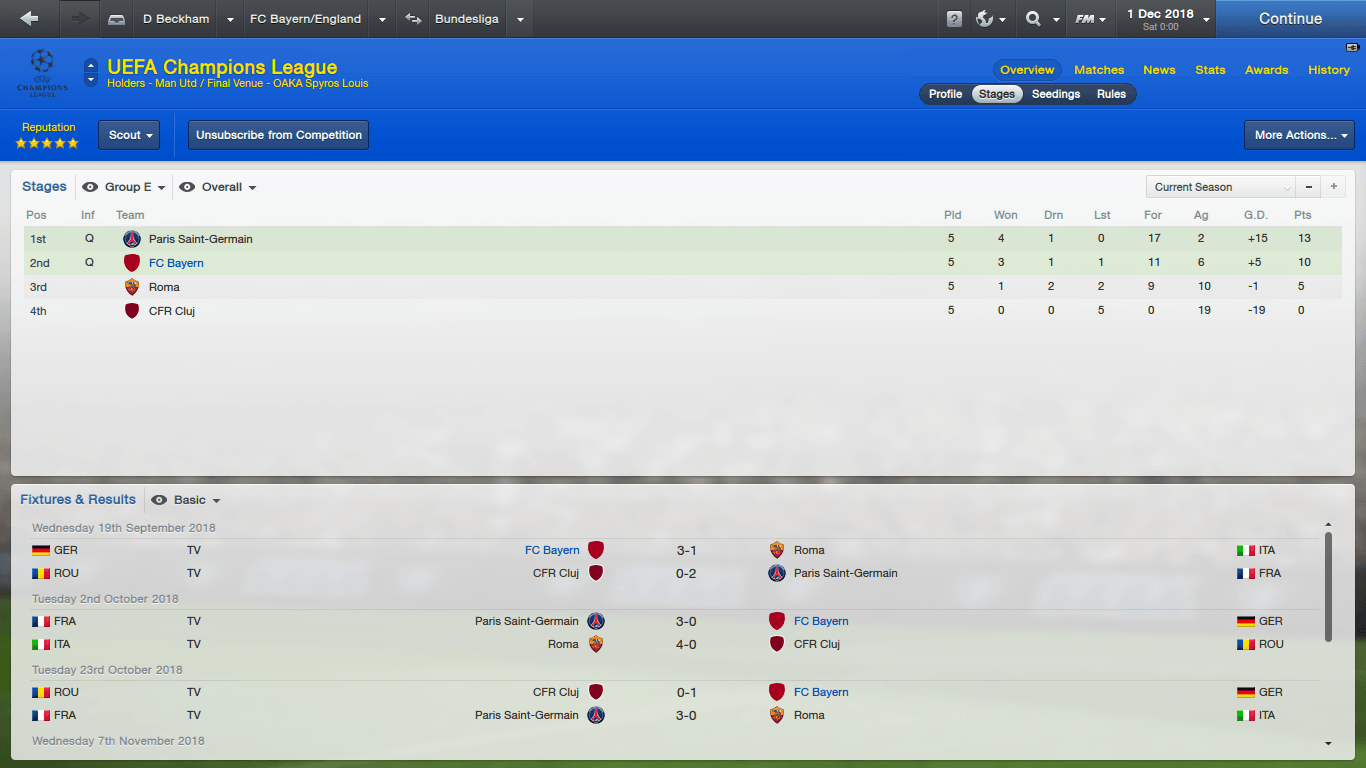 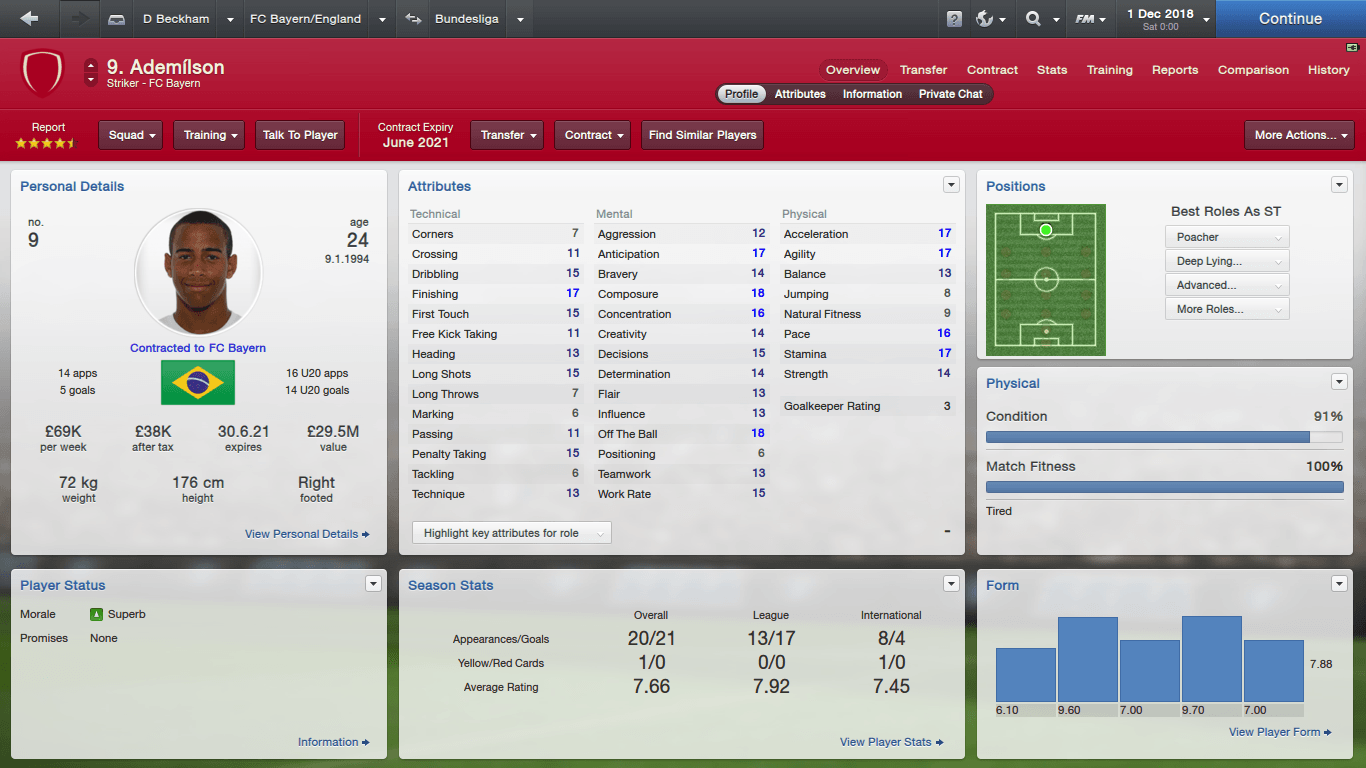 The Player of the Month is unmistakably Ademilson after the striker took his seasonal tally to a magnificent 17 goals in 13 Bundesliga appearances. His amazing form has left Leverkusen's Facundo Ferrerya, Frankfurt's Valere Germain and Hannover's Konstantin Rausch in the dust, with the trio sharing second spot in most number of goals scored currently in the league with 8 goals each. It is indeed turning out to be an excellent season for Ademilson. 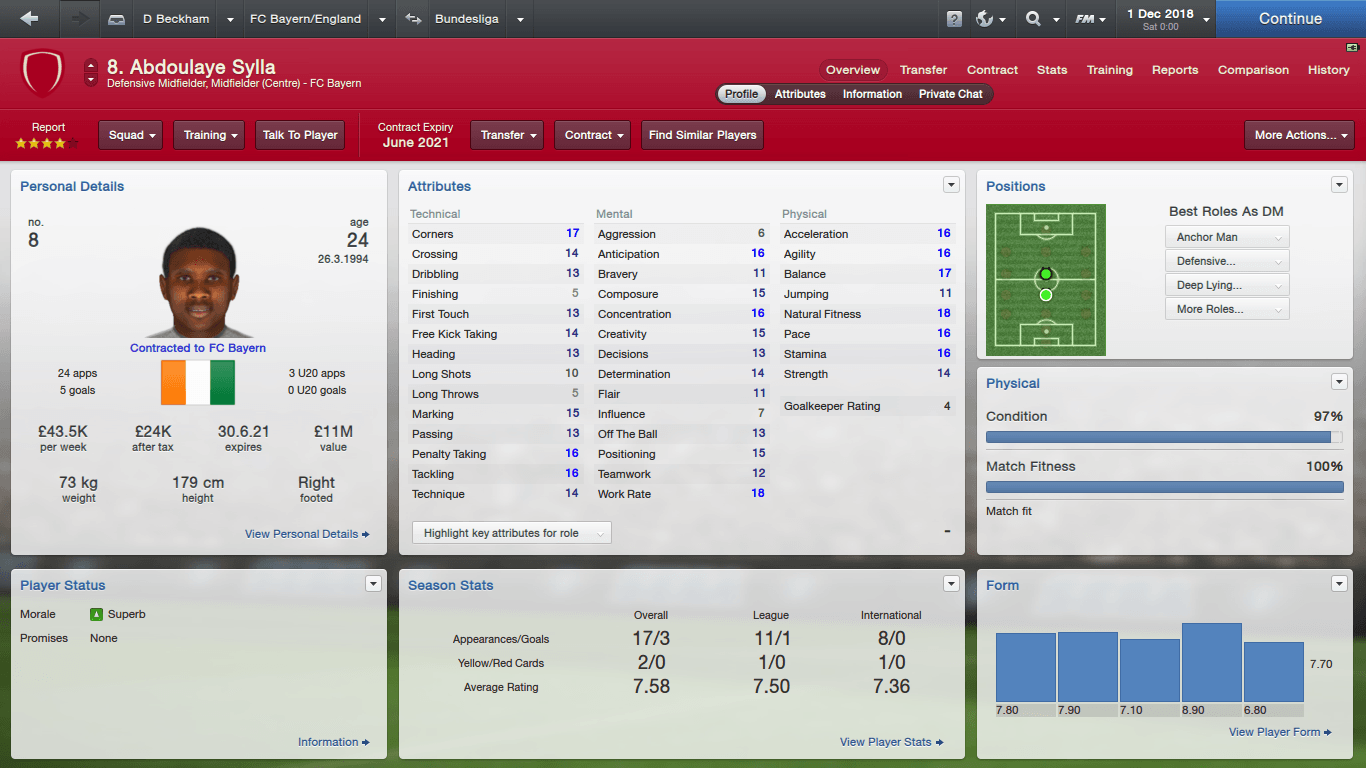 Despite the increased competition in midfield this season, Ivory Coast international Abdoulaye Sylla has played to his best and has forced his way into the first team with a couple of brilliant performances this month.
Login to Quote

The Woes Pile Up


A Bayern spokesperson has announced that winger Jack Grealish will be out for 4 months following his injury in Bayern's 6-0 demolishing of Dresden in the Bundesliga.

The 23-year-old suffered a broken foot and it will be a devastating blow for the former Aston Villa youth player - having been playing well for Bayern Munich so far in the league, scoring 2 goals in 15 appearances. However, he has now piled up the list of injury woes for Bayern and will not be available for selection until approximately March.

Grealish was unavailable for comment but manager David Beckham, a close ally and mentor of Grealish, spoke to fans on the official Bayern Munich website instead.

"Jack's gutted and I can understand, of course. He has been playing well so this injury is very untimely. He's also worried about getting back in the England squad but as I have assured him earlier, he shouldn't have any worries because he's a quality player and what the national team needs right now is quality.

"He will be back in March so let's hope he'll be back with full fitness. Jack appreciates all the support the fans have given him so do continue to support him."
Login to Quote


Bayern Munich have been drawn with Real Madrid in the First Knockout Round of the Champions League.

The first leg of the round will be played on the 20th of February, three months from now, at the Allianz Arena, while the second leg will be on the 12th of March at the Santiago Bernabeu.

It is certainly going to be a challenge for Bayern Munich to overcome Real. 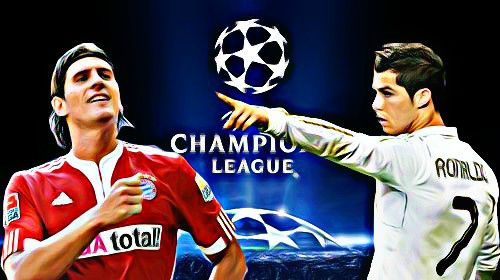 Bayern manager David Beckham was a player at Real Madrid before moving on to Los Angeles Galaxy in the Major League Soccer. The 43-year-old turned out for Madrid between 2003 and 2007 and made 116 appearances in La Liga for Los Blancos. 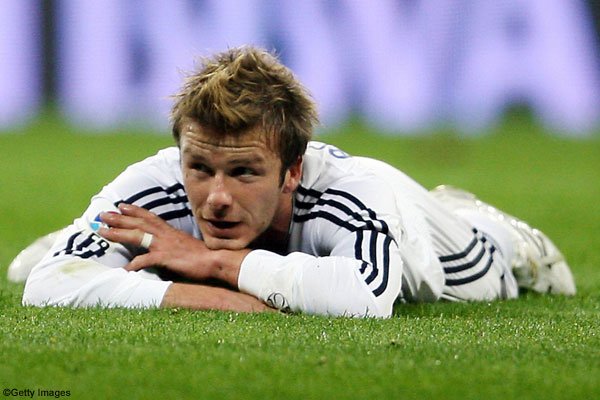 "It's going to be very interesting returning to the Bernabeu," Beckham told journalists after the draw. "In my opinion, it's one of the best stadiums in the world.

"It's going to be a challenge playing Real Madrid so early in the competition because as anyone knows they have one of the best squads in Europe, but the lads and I are both relishing the challenge. It should be fun."
Login to Quote

You can do it Glenn!
Login to Quote

This banner was made by Northwood. You can check out his story here: C.D. Constància: Trading places
Login to Quote

This banner was made by Northwood. You can check out his story here: C.D. Constància: Trading places

And you should check it out. It would be the best on the site (bar this

) if he updated more often

This banner was made by Northwood. You can check out his story here: C.D. Constància: Trading places

And you should check it out. It would be the best on the site (bar this

) if he updated more often

When I have the time

It has been a rougher month this December for Die Bayern as despite going strong with their Bundesliga form, they missed the chance to go top with a draw to Gladbach and a loss to Frankfurt - however, they are keeping the focus with a win against Nunberg and a 6-0 thrashing of Dresden. Bayern are also in the next round of the DFB Pokal with a 3-0 win over Werder Bremen. A win against oil-rich Paris-Saint Germain in the Champions League was also vital for boosting morale within the squad. 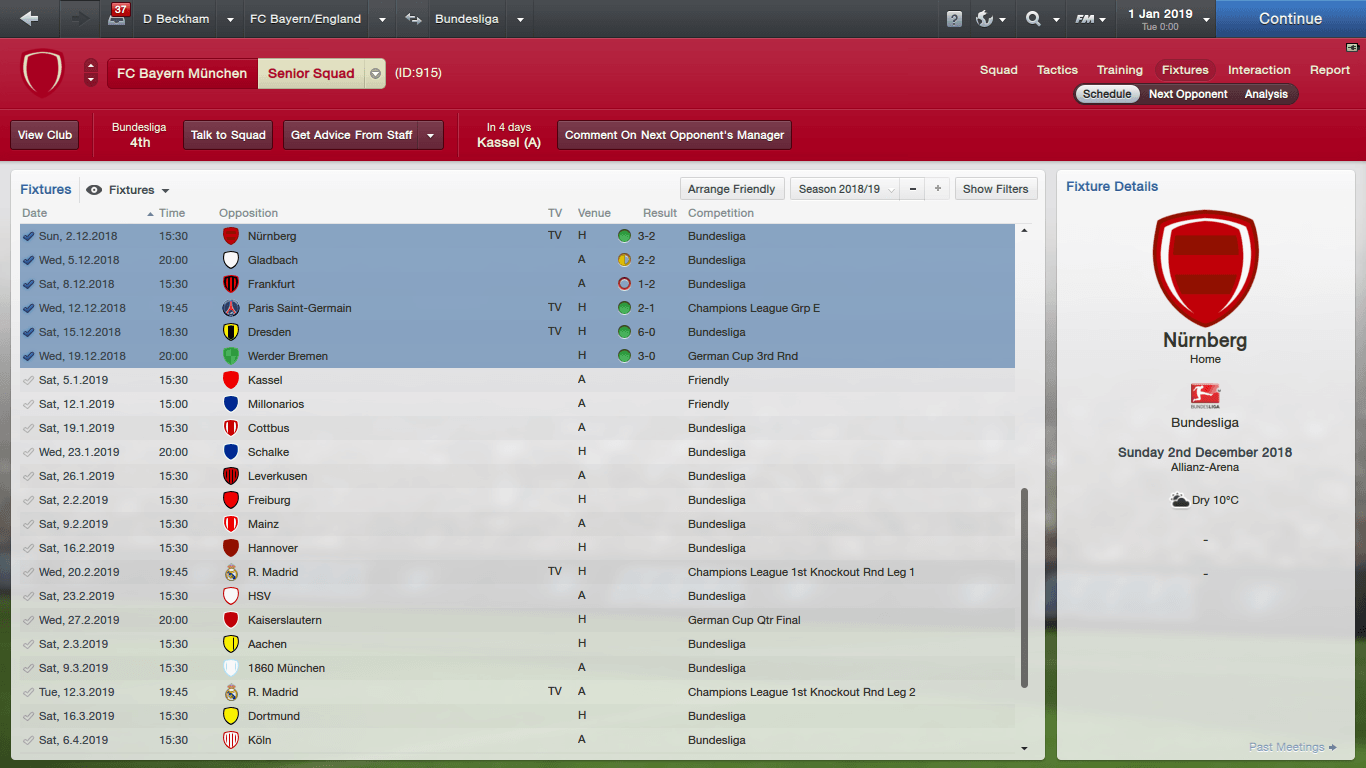 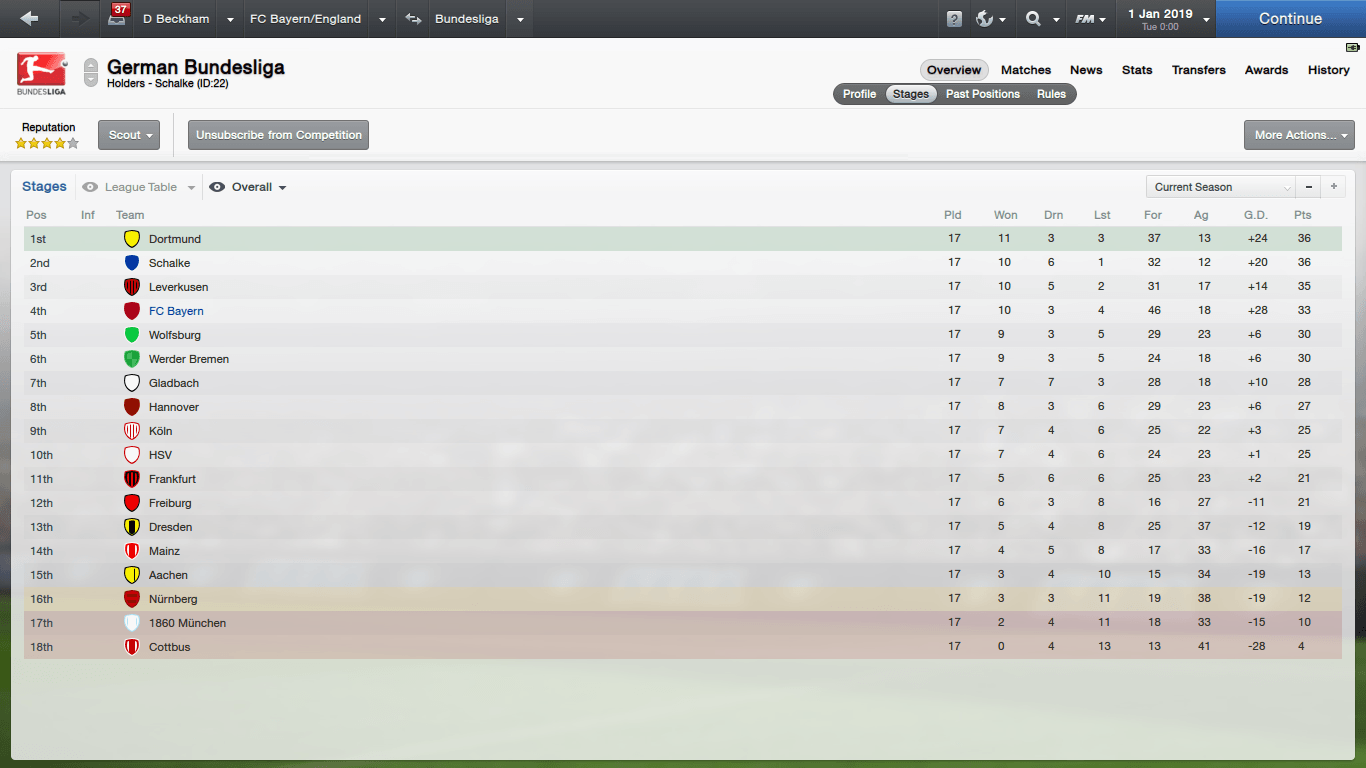 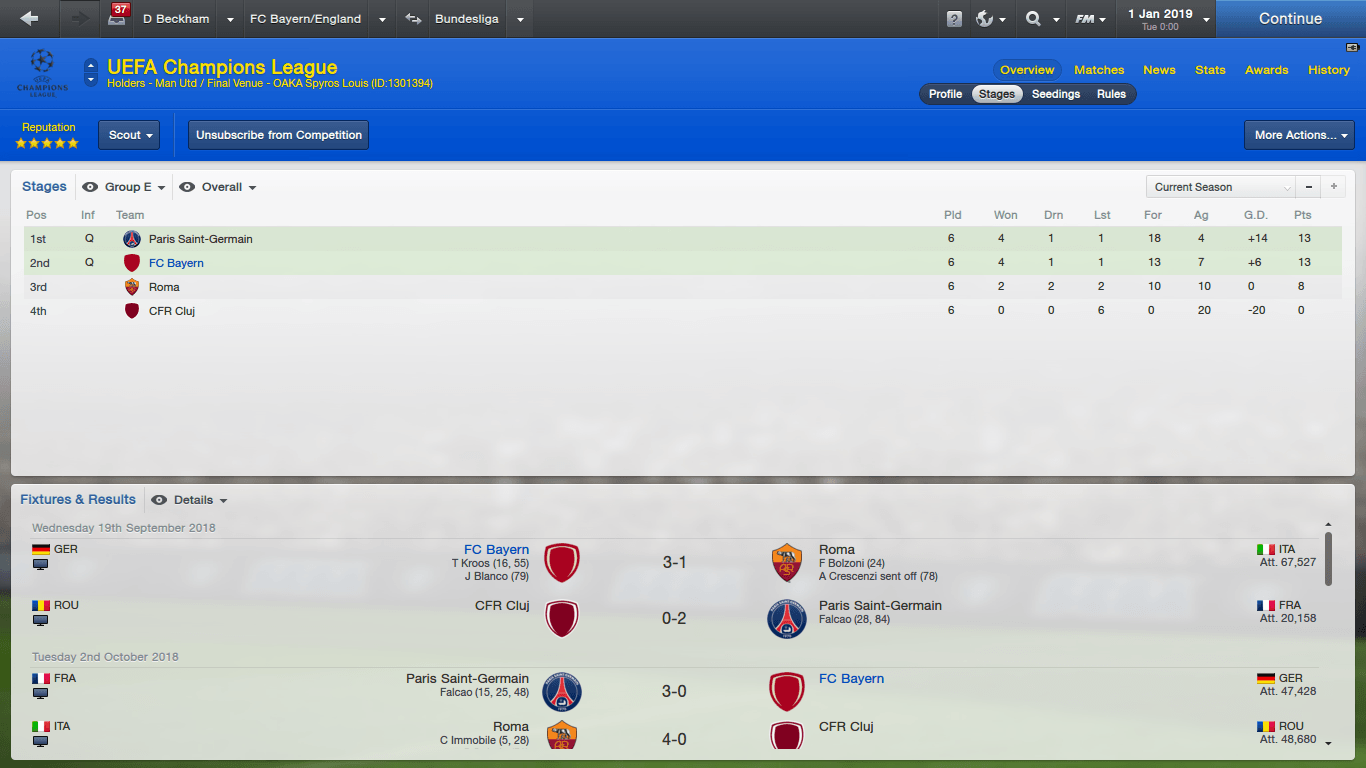 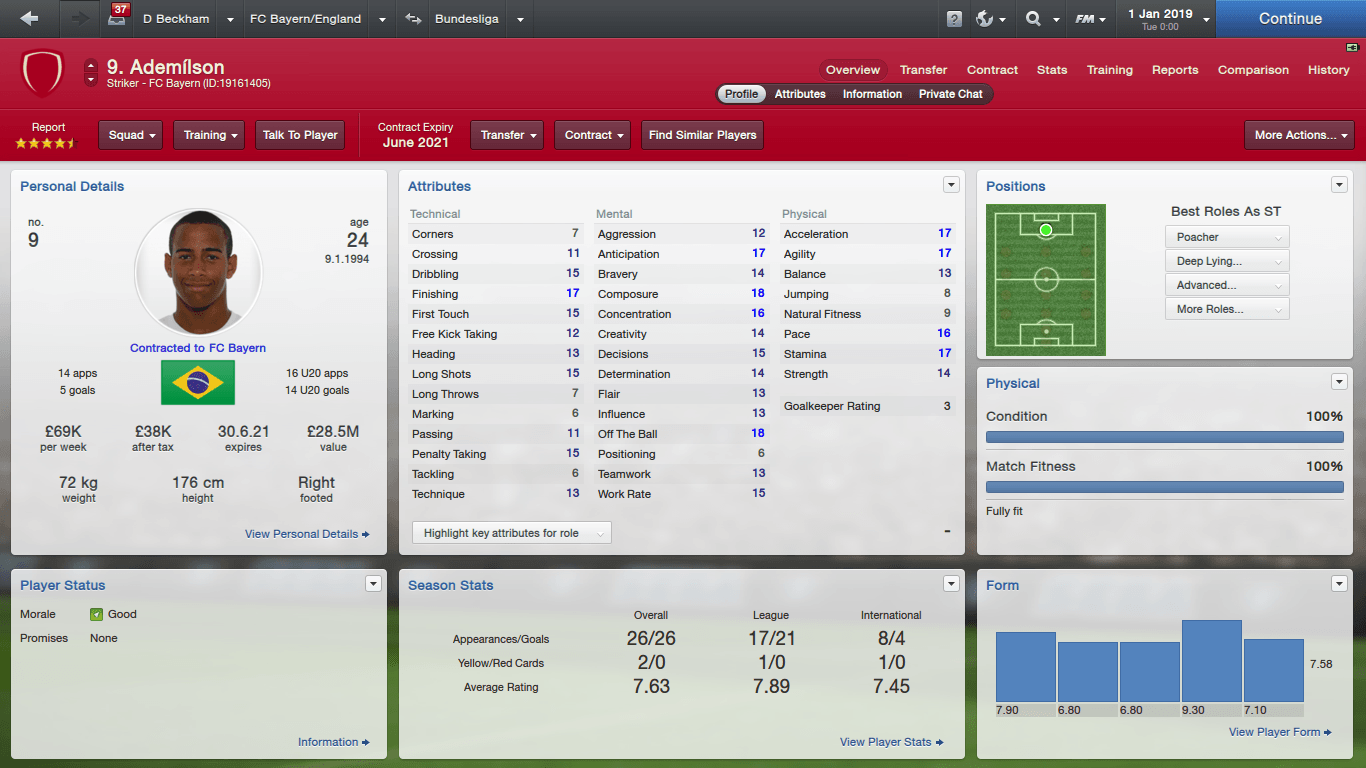 With his goals against Nurnberg, Frankfurt and Dresden, Ademilson has taken his seasonal tally to 21 goals in 17 appearances. He has been absolutely fantastic as usual and Bayern fans would cry now if he suffers any form of injury. 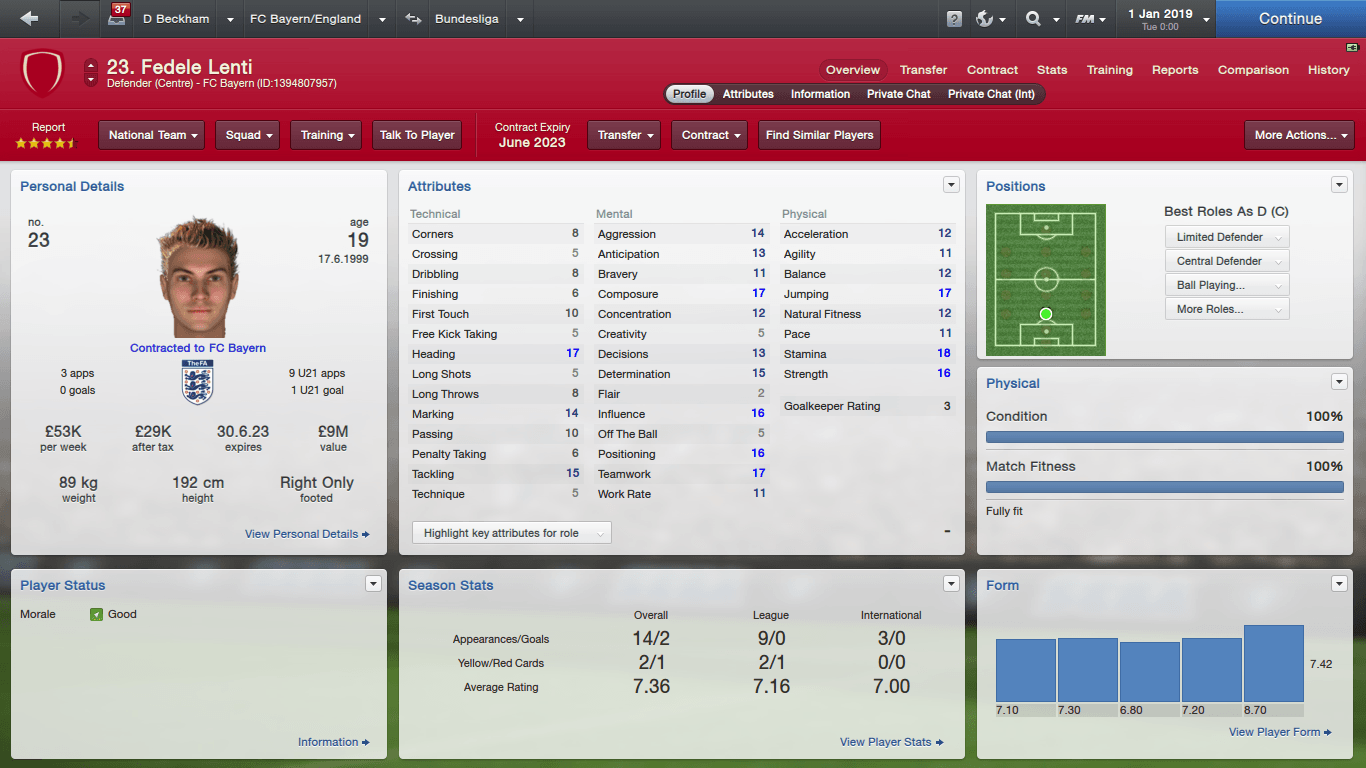 Fedele Lenti has been showing signs of why David Beckham brought him to Allianz Arena this summer. Although mostly a backup player at the moment, Lenti has been fantastic in backing up the duo of Siyanda Xulu and Doria and deserves a mention in this monthly report.
Login to Quote

Neal
7 years
Ademilson! What a beast. Hopefully he stays fit and keeps bangin in goals!
Login to Quote