edu1878
9 years
Wow tuna looks like a handy footballer. Great signing in Thiago and a great few months. just out of curiosity, how has Andy Carroll turned out?
1
Login to Quote

Bayern Munich enjoyed a good start to the season, first outwitting Union Berlin to advance in the DFB Pokal, before a 5-0 crushing of Frankfurt in their opening Bundesliga game, followed by a 0-2 win over Freiburg. Unfortunately, newly-appointed club captain Toni Kroos has suffered a spinal injury that'll keep him out for 3 months. 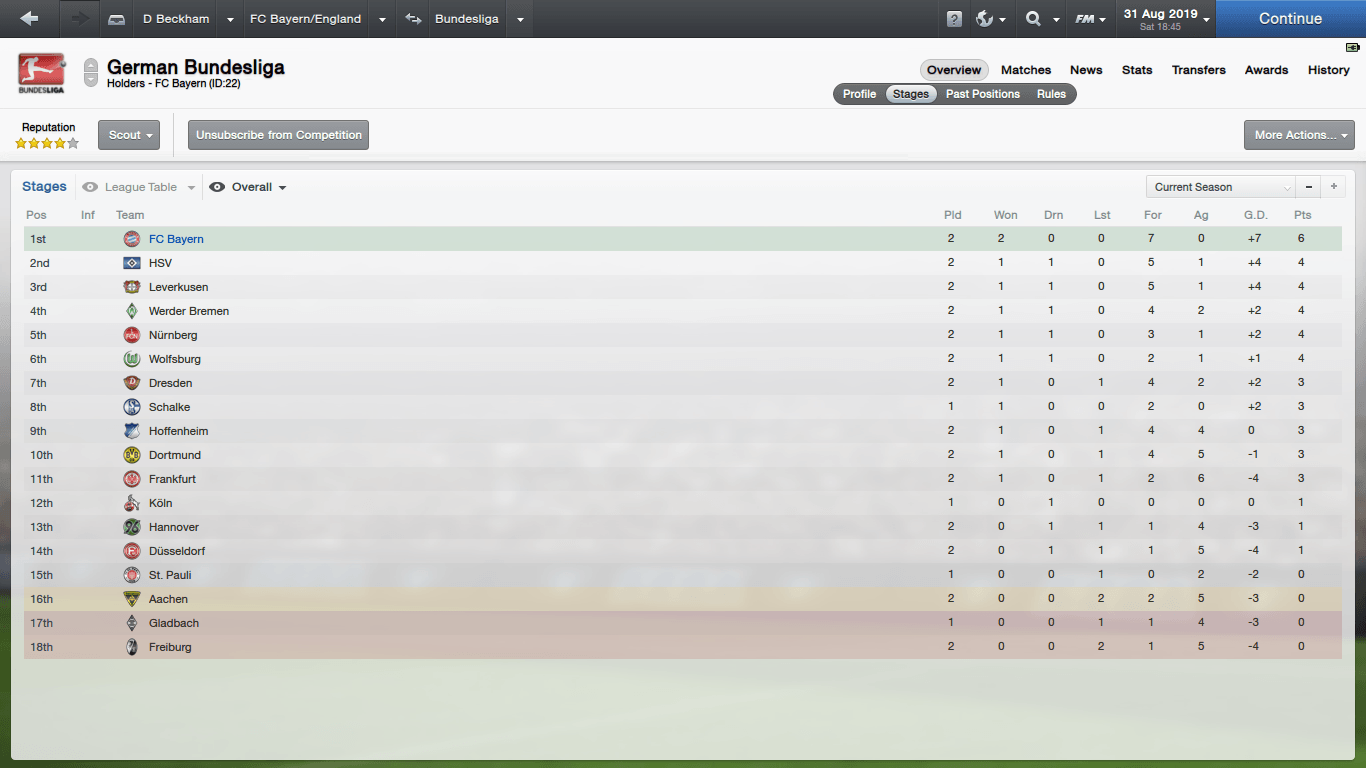 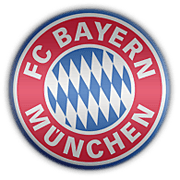 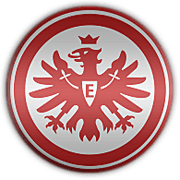 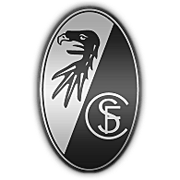 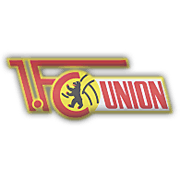 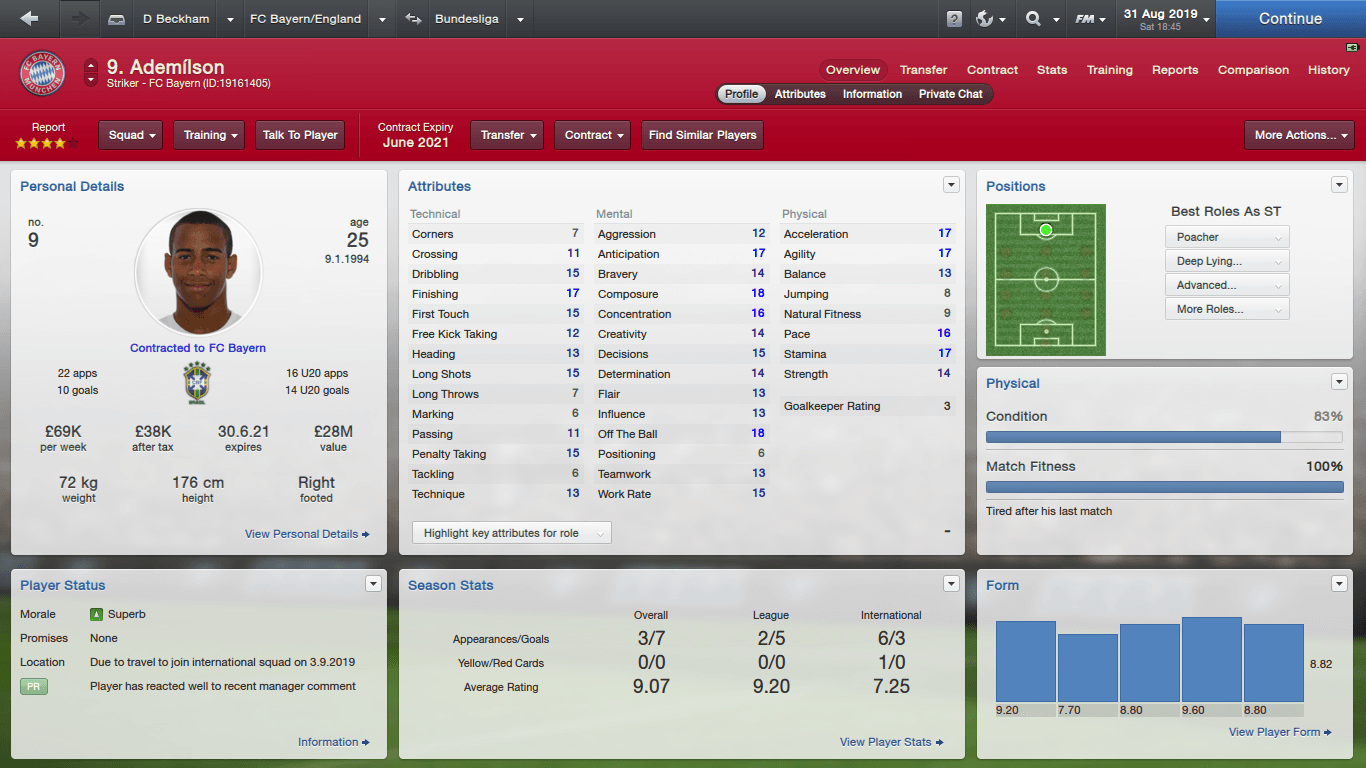 Ademilson wins the club's Player of the Month award again with his goal-scoring prowess, already managing to find the net 5 times in 2 Bundesliga appearances, including a hat trick in his opening league game against Frankfurt. If all goes well, he is probably going to win the Bundesliga Golden Boot for the second time in a row. 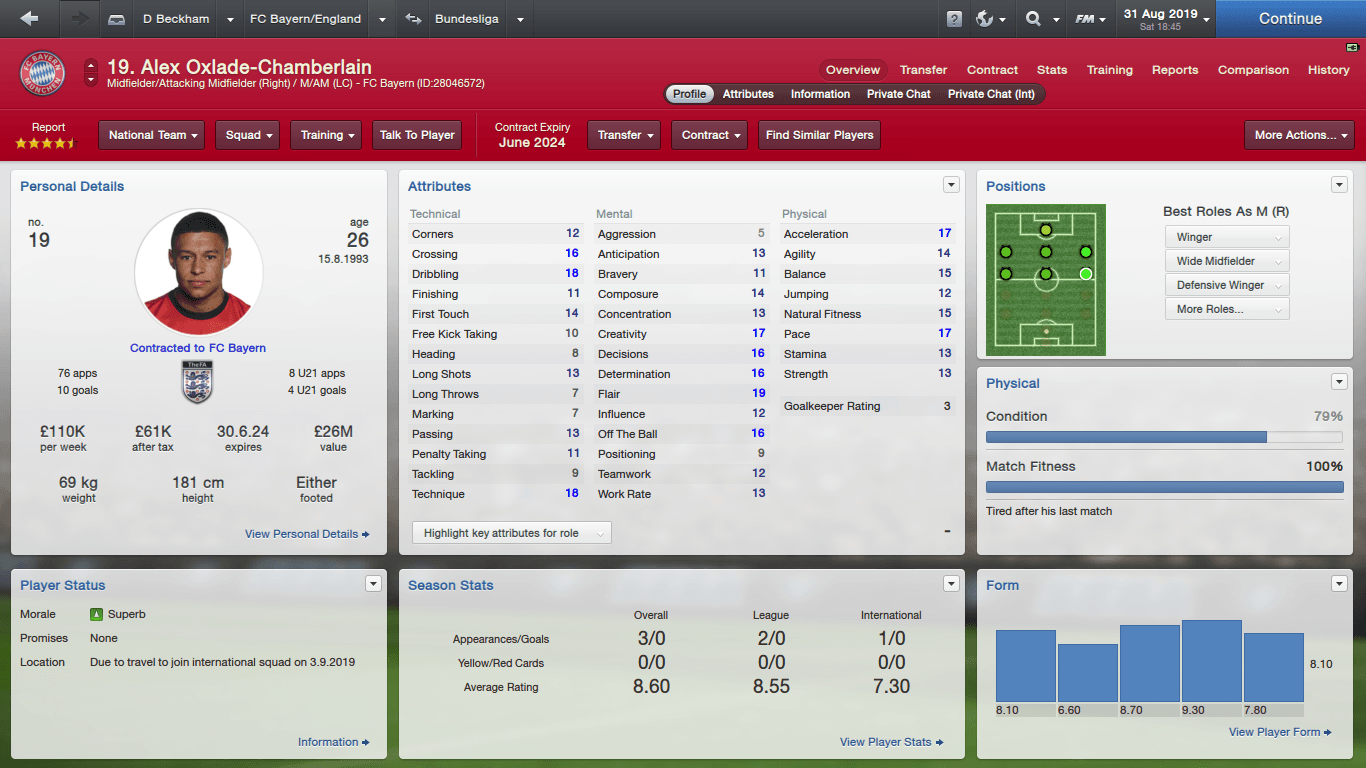 Alex Oxlade-Chamberlain has had a very successful start to life at Bayern Munich, contributing 4 assists in 2 league appearances, including a swinging cross to set up Ademilson's thundering header in the game against Freiburg, that resulted in a vital goal to hand Bayern the three points they needed.
Login to Quote

wonder if he tastes good
1
Login to Quote

wonder if he tastes good

He definitely does, I think

Seni
9 years
THE OX! He looks like a beast of a player
1
Login to Quote

It was a pretty good transfer window for David Beckham's side, with various players coming in and out of the club, with Bayern Munich recruiting two Englishmen and two Spaniards - four proven and established internationals. The future looks bright. 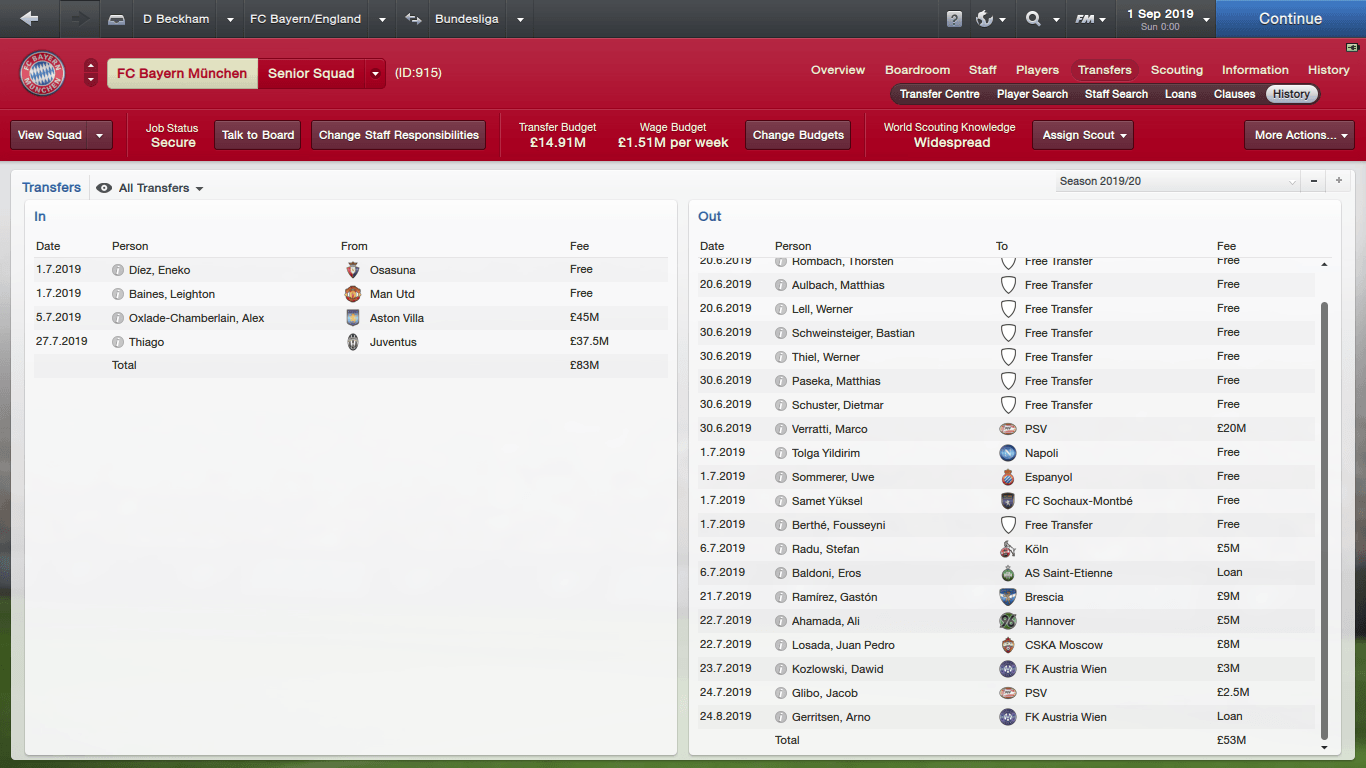 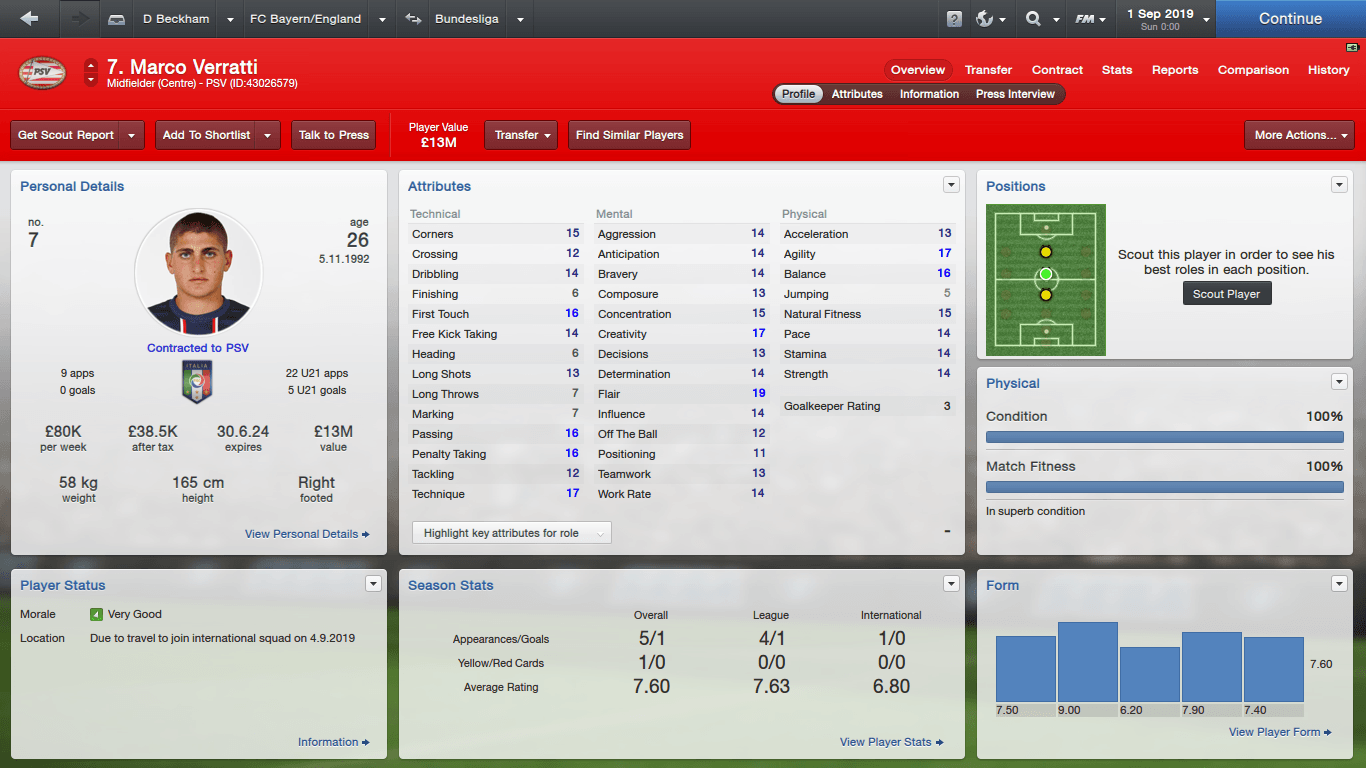 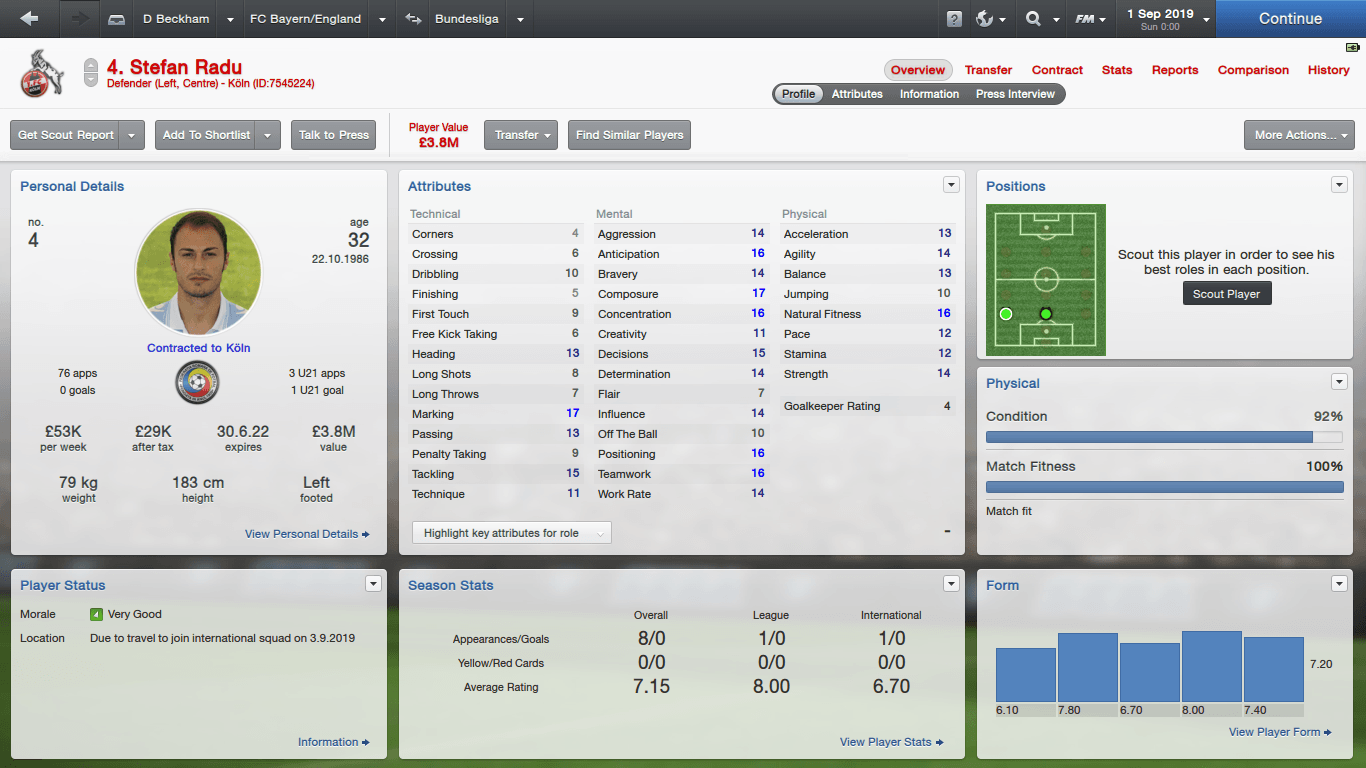 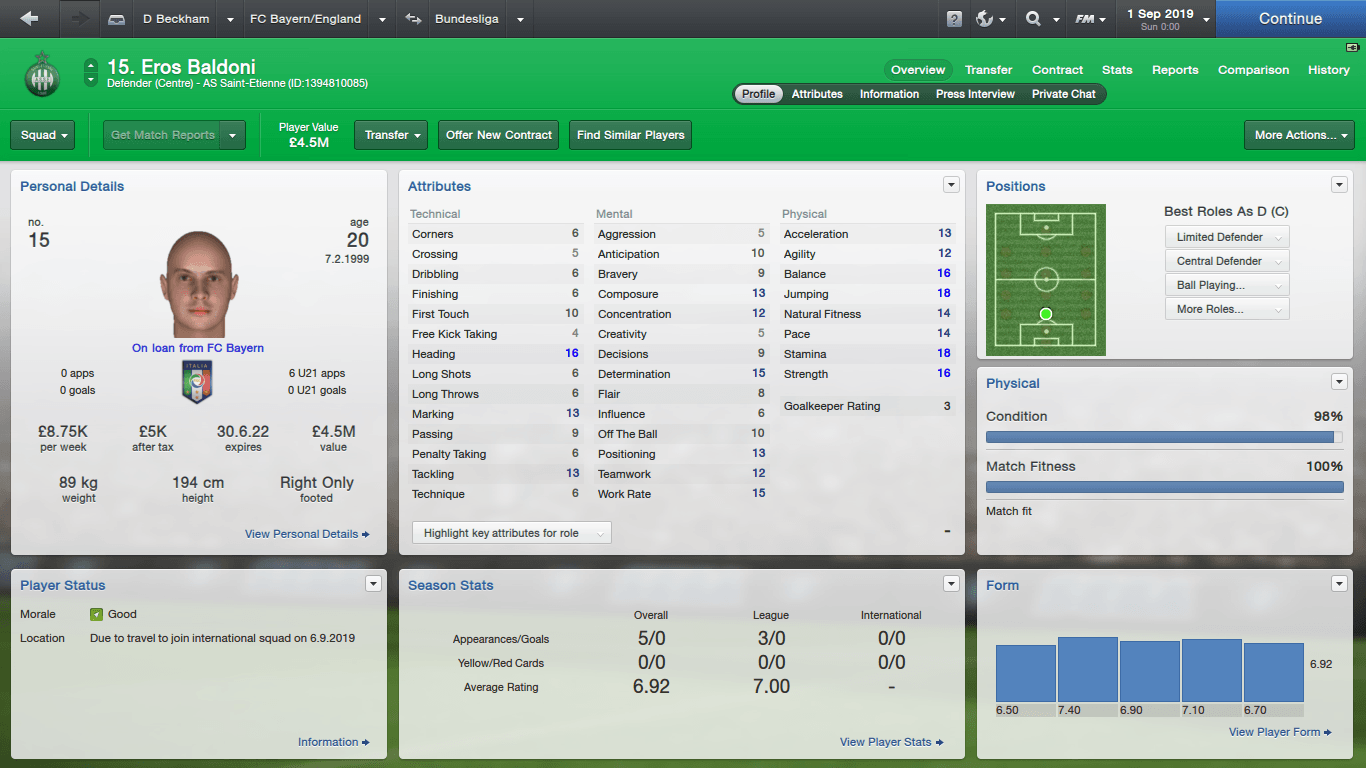 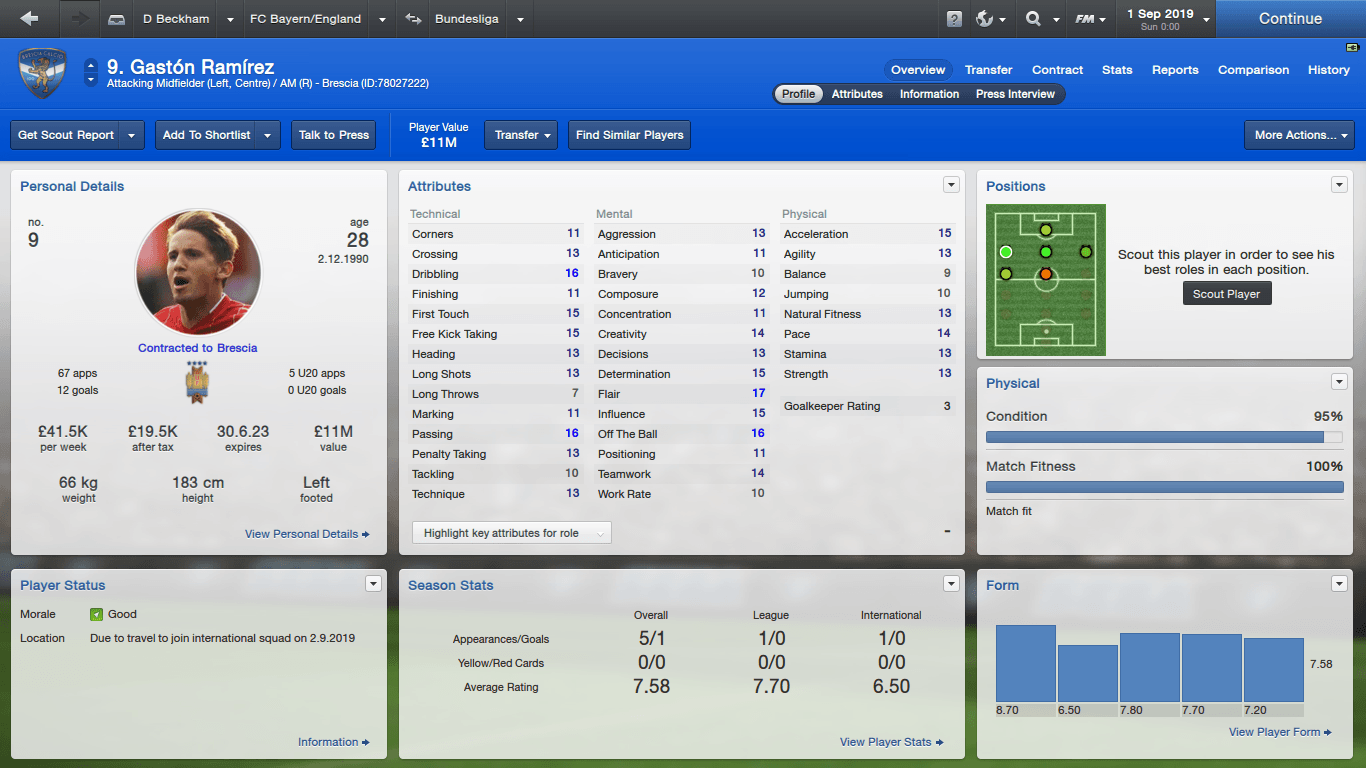 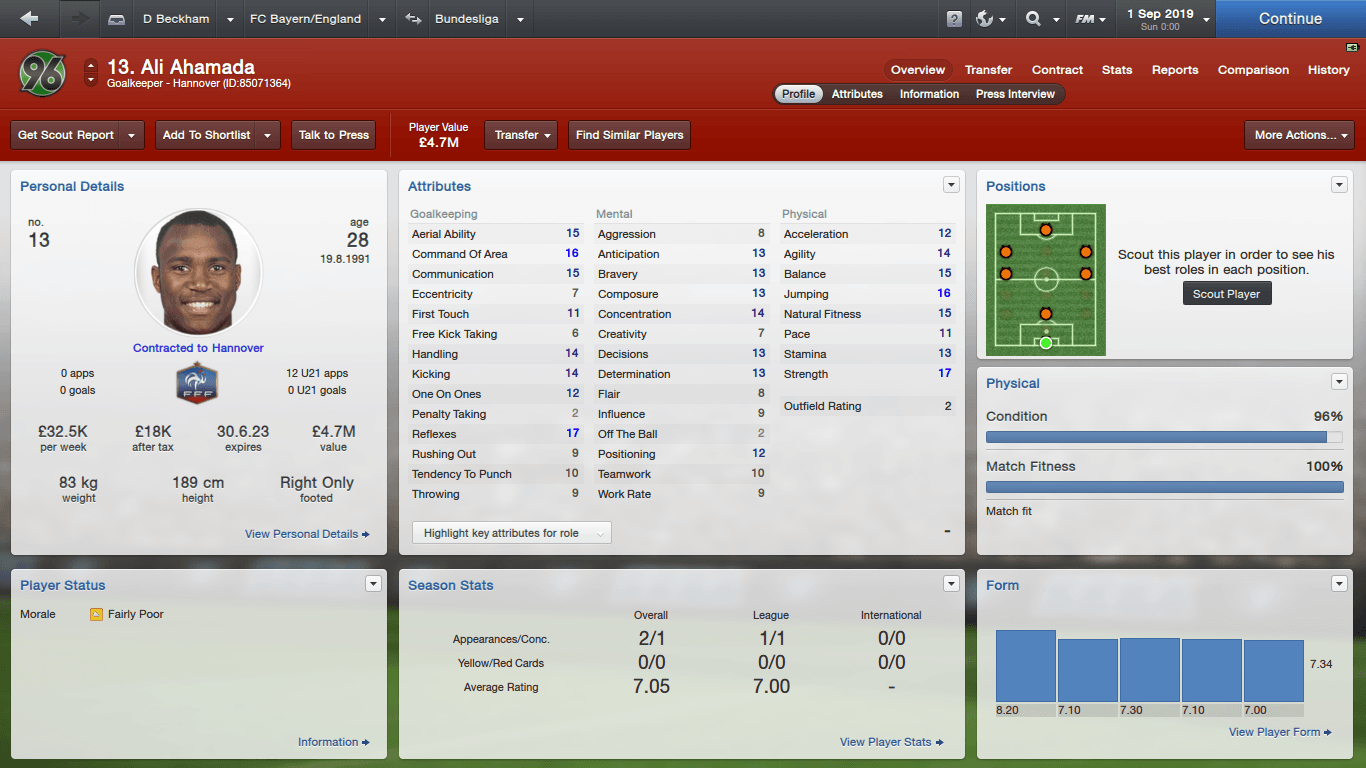 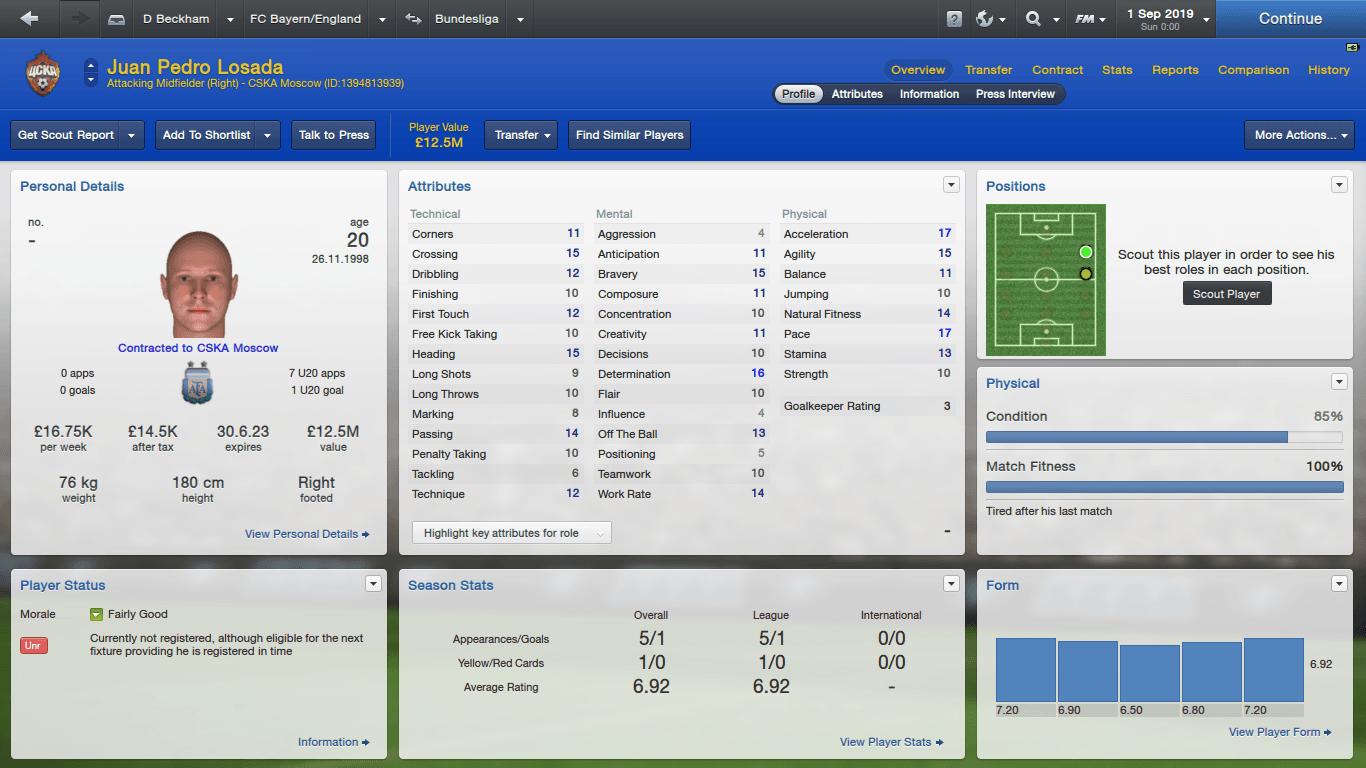 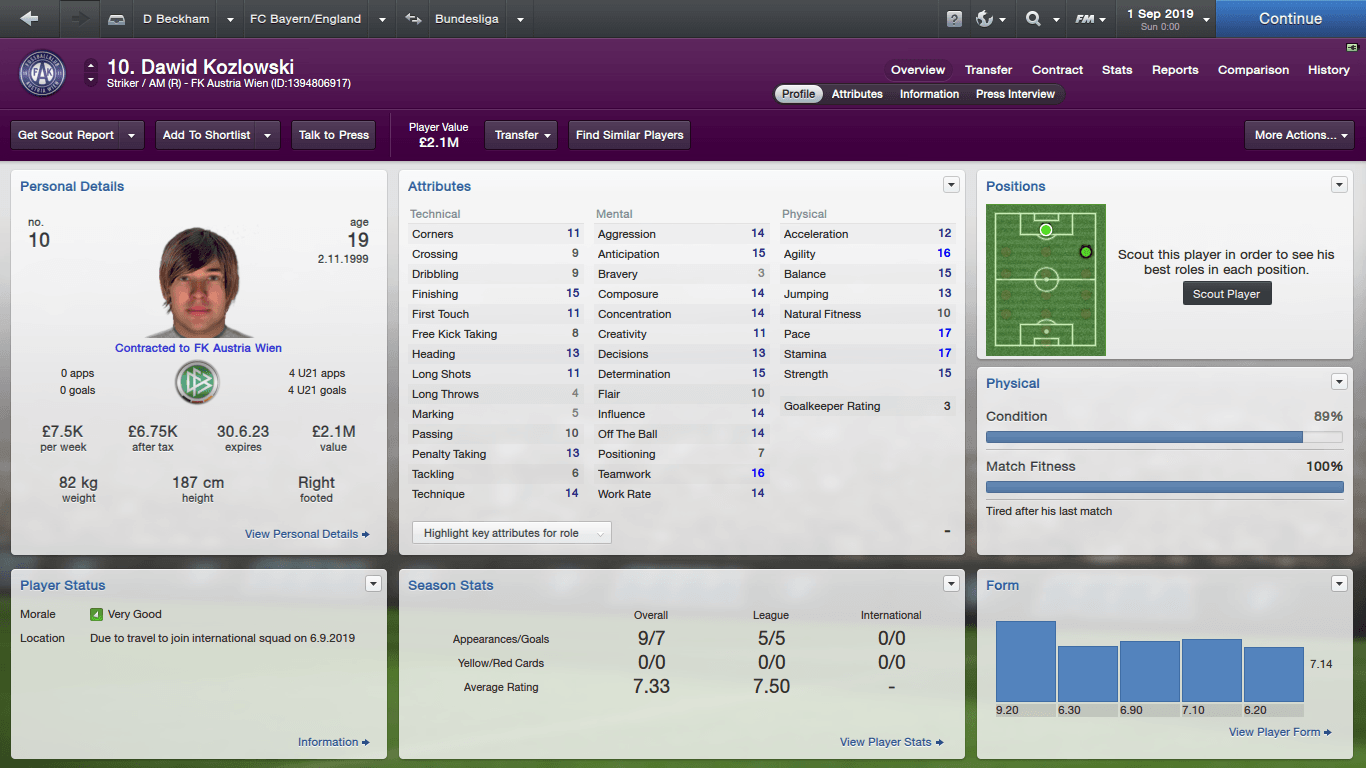 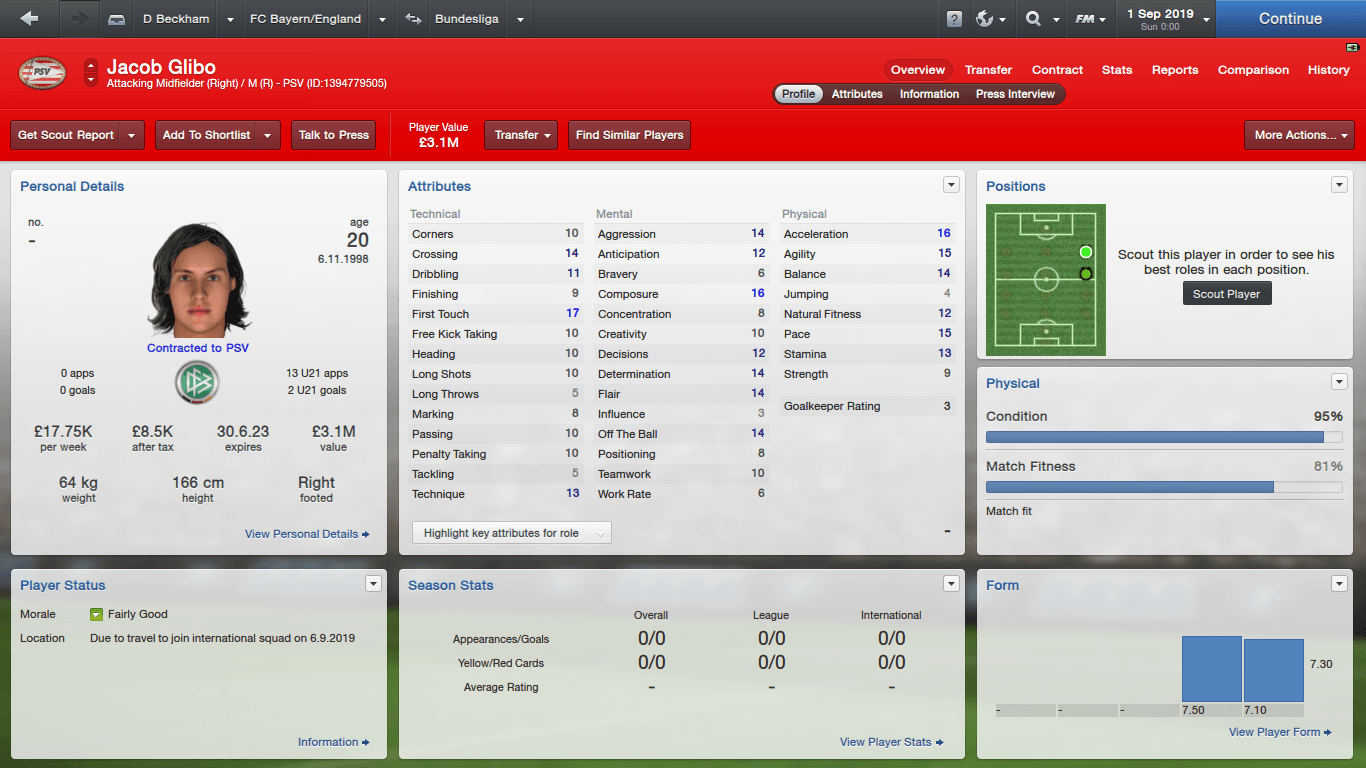 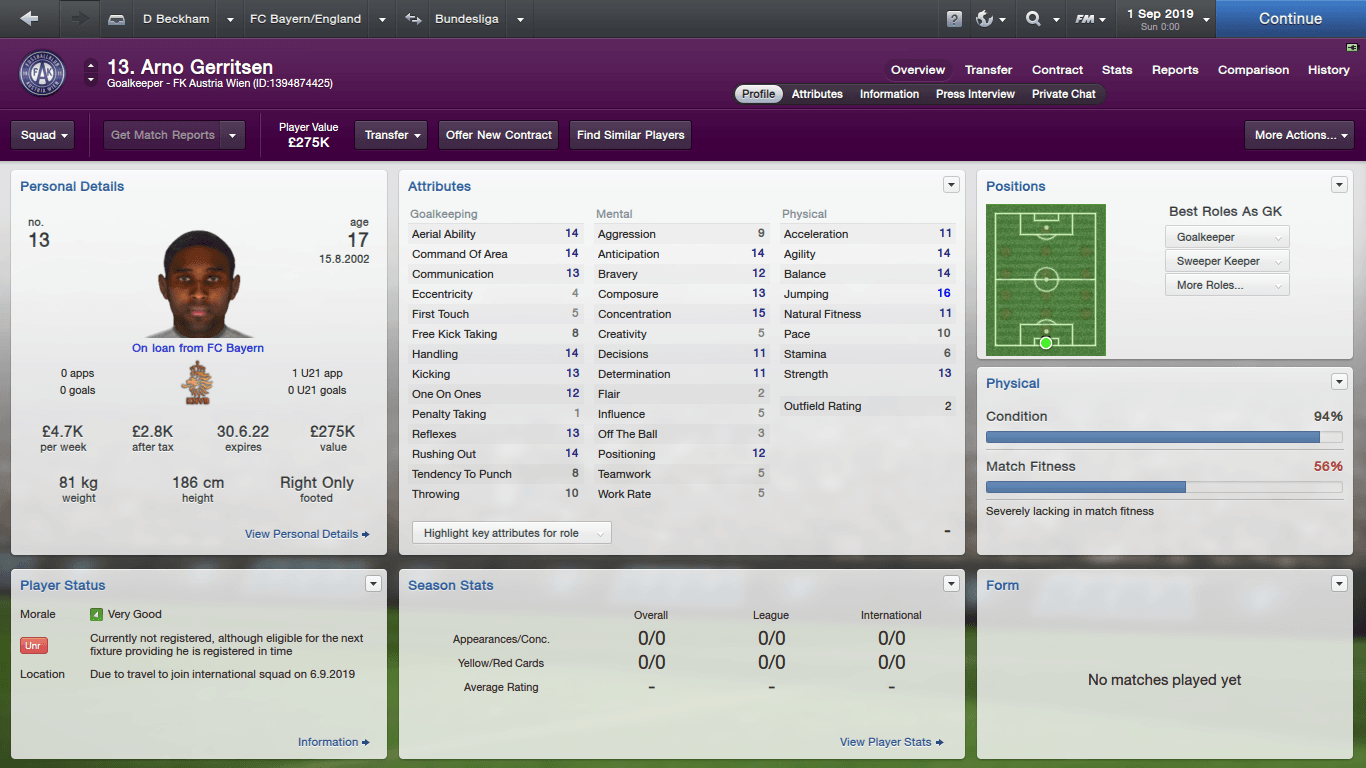 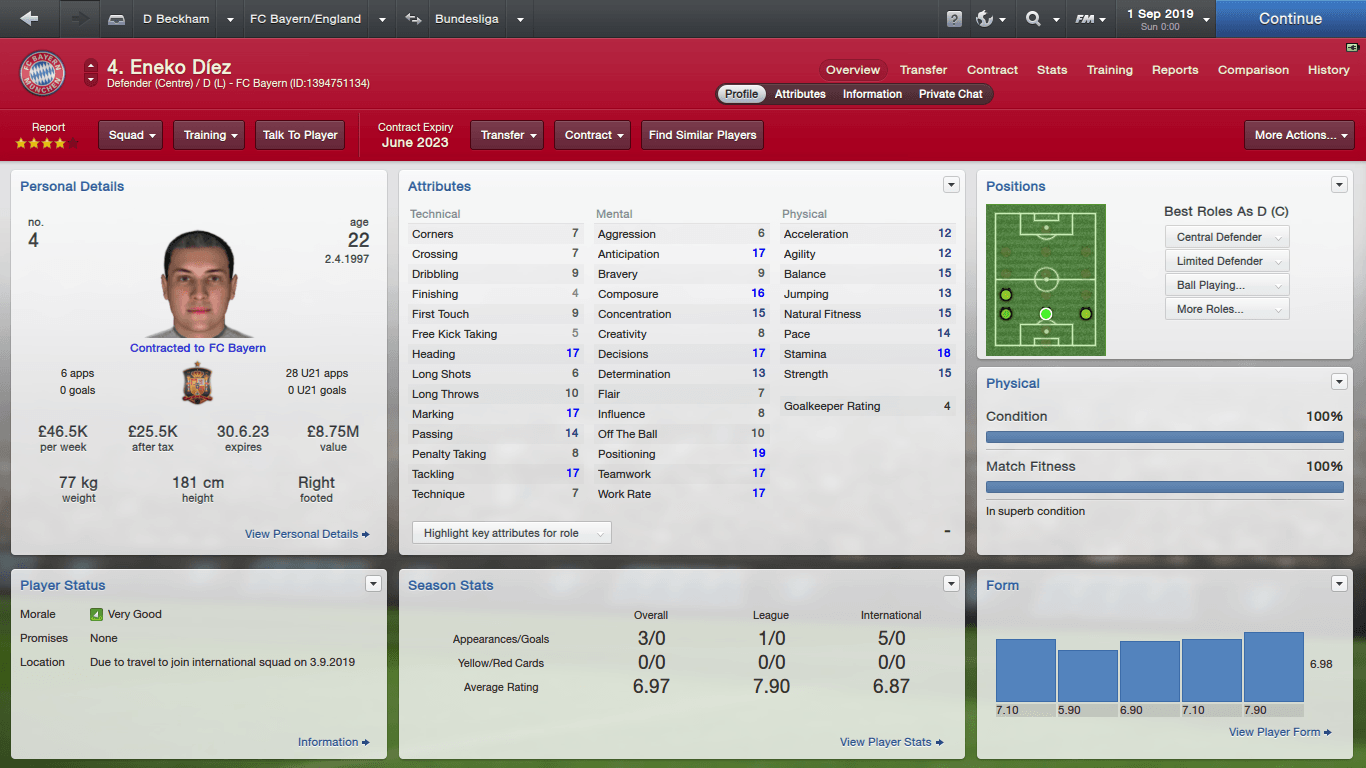 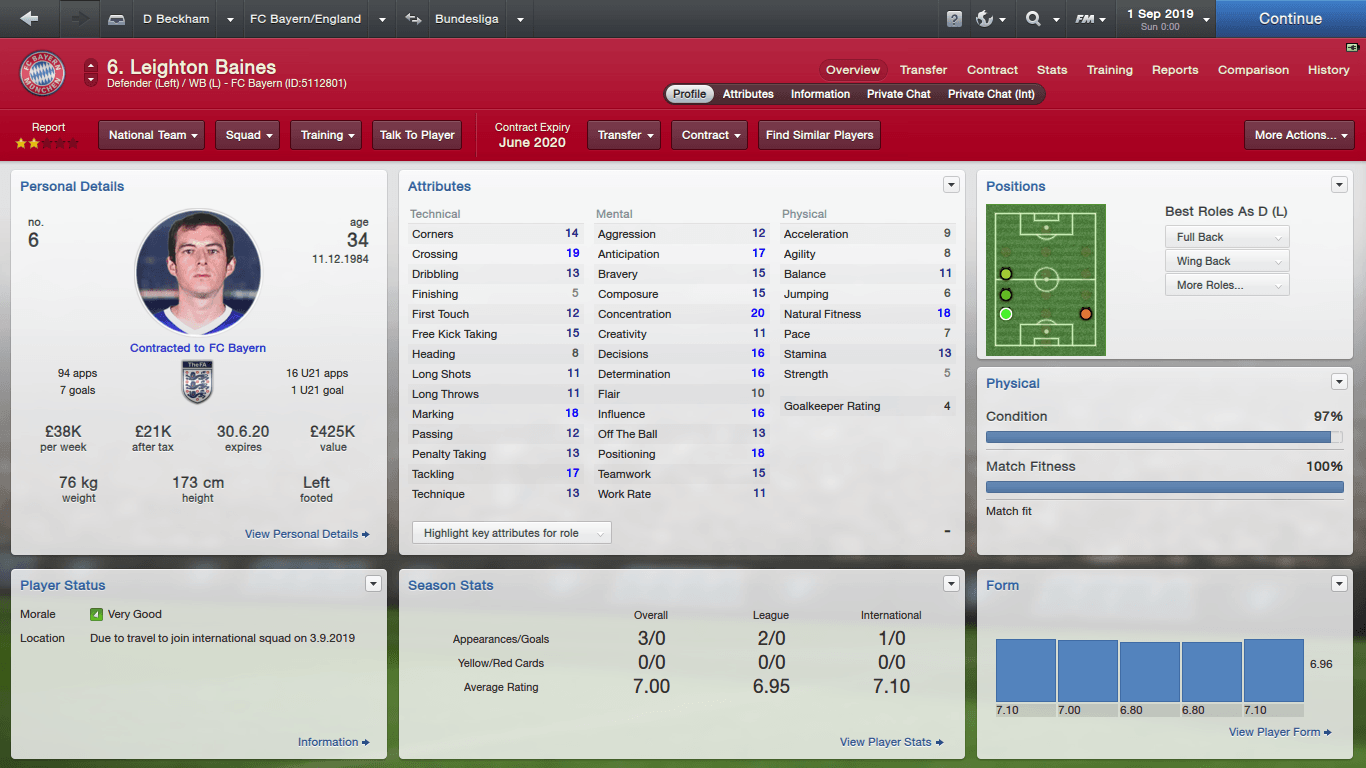 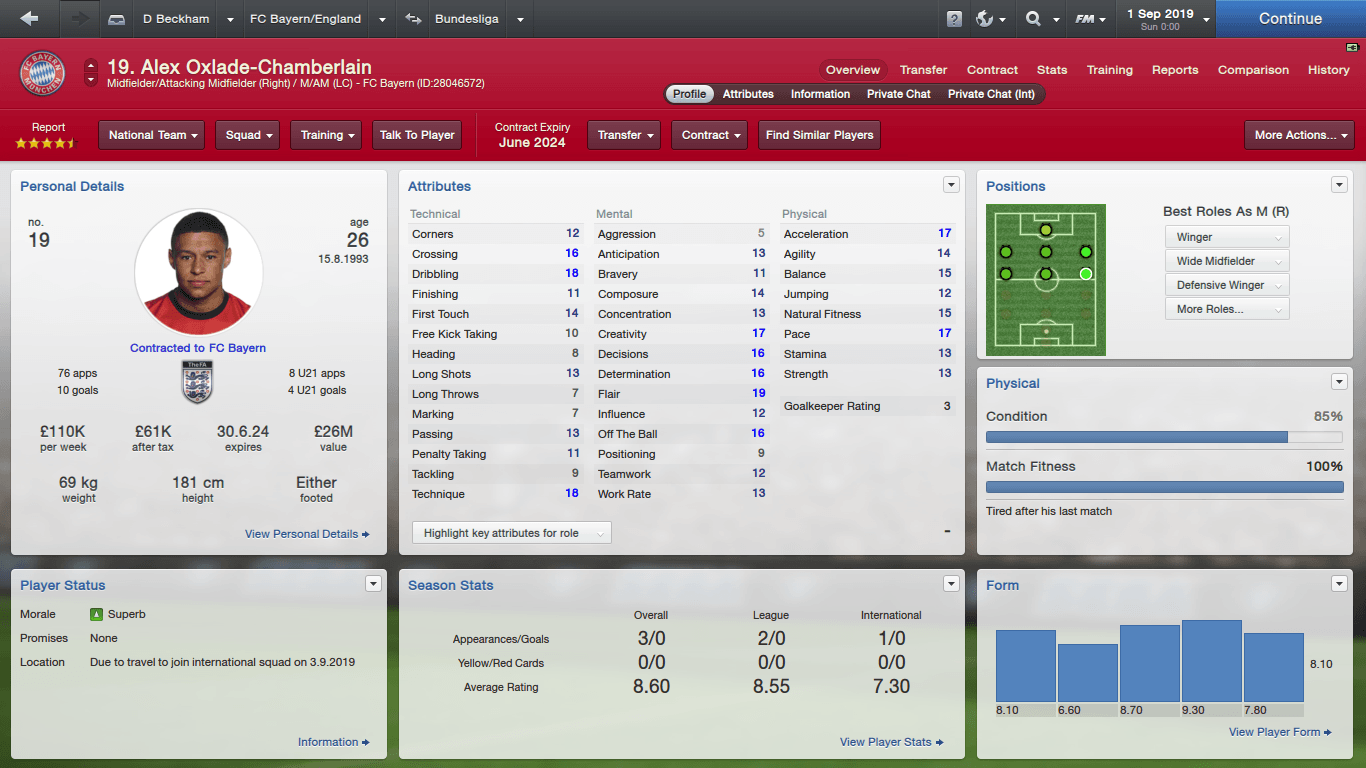 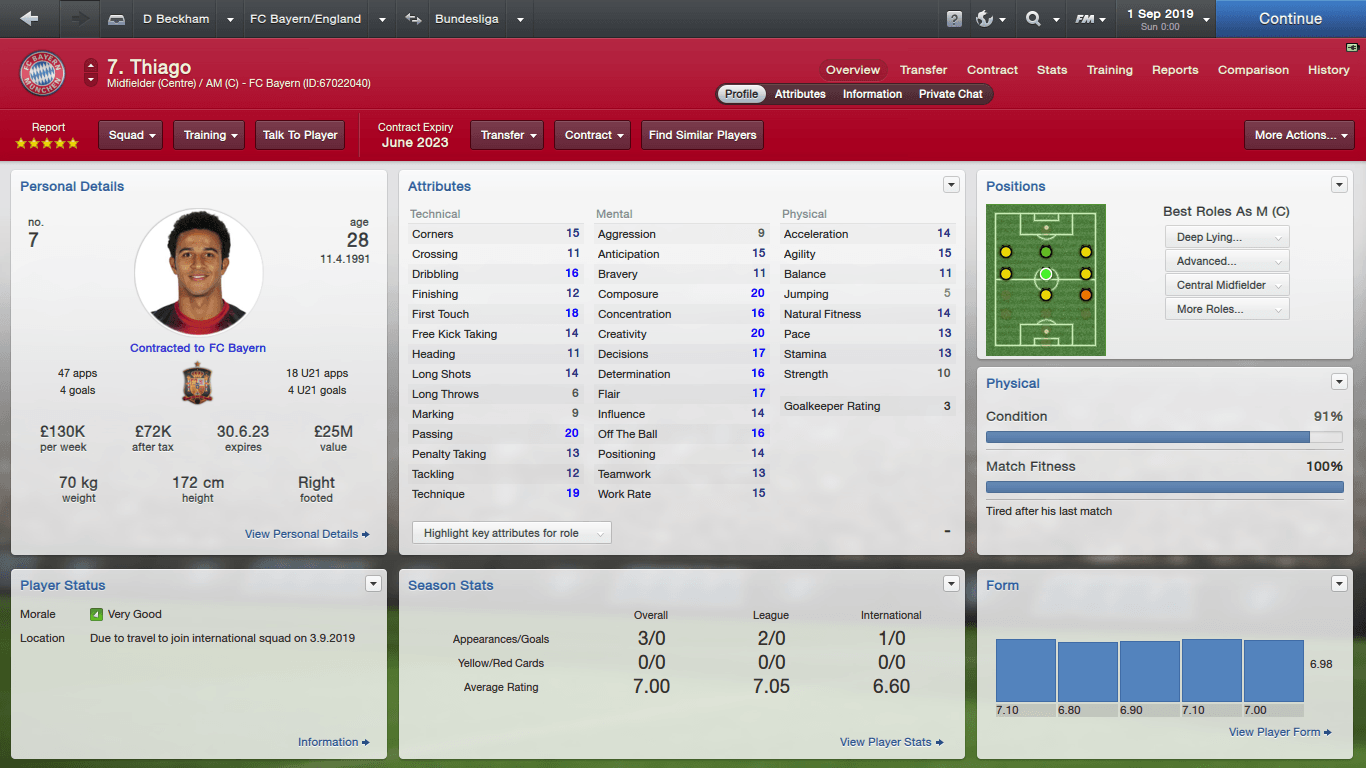 Bayern Munich have submitted their squad and kit numbers for the rest of the 2019/20 season.

I normally use Ademilson-Blanco when I'm playing a front two because Blanco can also play in the striker role, but Tuna can do a job too