Thanks mate, he really is a legend! Hopefully you can have a player like him, he's a model professional 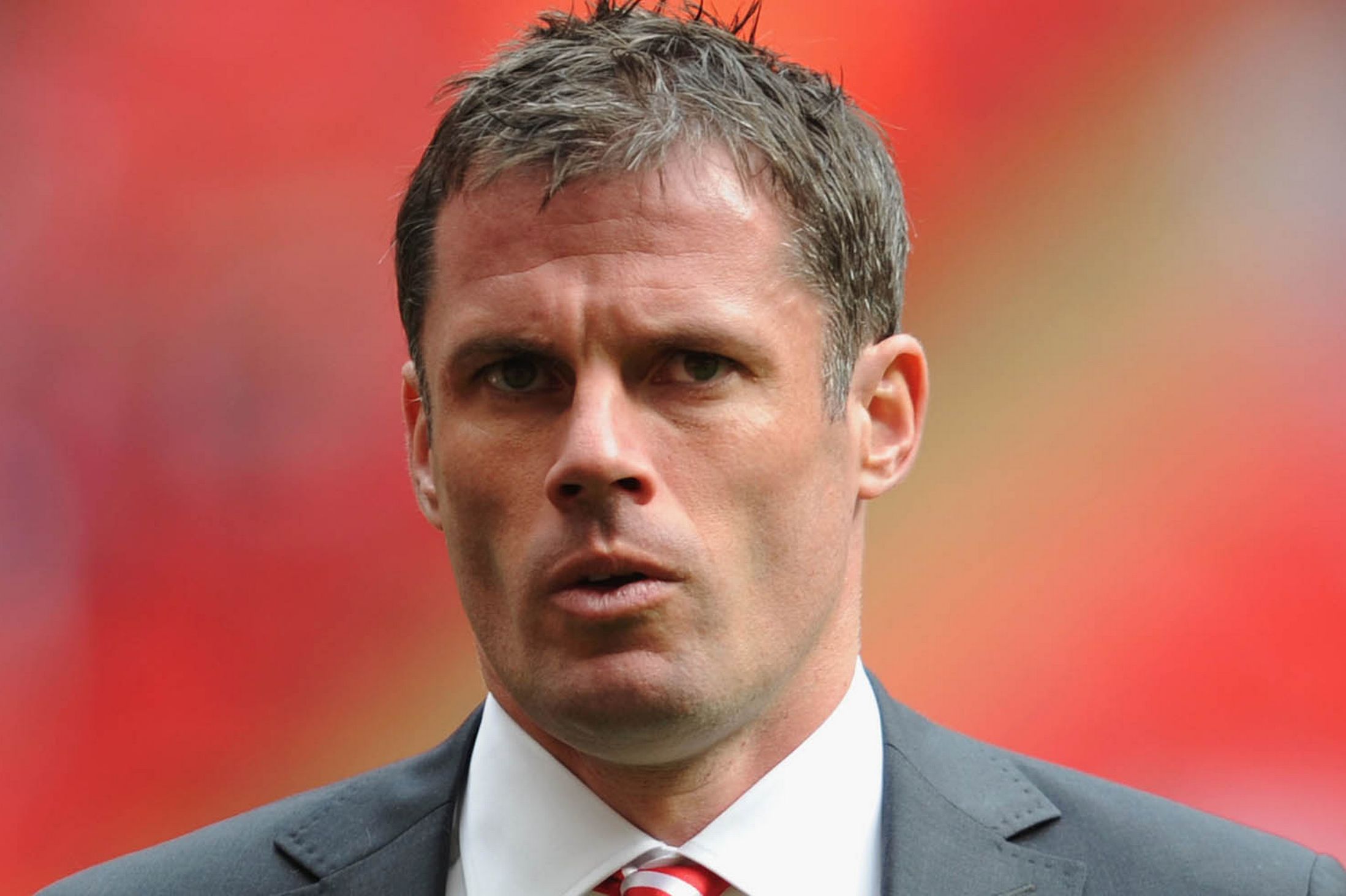 Former Liverpool player Jamie Carragher has been a pundit for Sky Sports since he retired from football seven years ago. Since joining us, he has quickly risen the ranks to become our best pundit and he has plenty of views of the teams, players and managers in the Barclays Premier League. Here is what he had to say of Vauxhall Motors and their legendary manager, Paul Hewson.

Jamie Carragher: "Its evident for everybody to see that Paul Hewson is one of the greatest managers of all time. To do what he did with Vauxhall Motors is simply incredible and nobody has ever done it before. It took him just eight seasons to have the club promoted five times to reach the Barclays Premier League. On the way, Vauxhall picked up two league titles and reached an FA Cup semi final last season. Vauxhall's and Hewson's story is one for the ages.

I remember reading in the newspaper that Bono, U2's lead singer, had taken the job at Vauxhall Motors, a team who were expected to be relegated from the Blue Square Bet North. Eight seasons and five promotions later, Paul Hewson is managing Vauxhall Motors in the Barclays Premier League. He certainly faced his difficulties on his path to power. There were times when it looked like Vauxhall and Hewson would be relegated back down a division and fall a step back. Credit must go to Paul, however, for guiding Vauxhall upwards and onwards constantly. He's a genius, pure and simple.

This season has been very interesting for Vauxhall thus far. They had a very difficult start to the season, but it does seem that Hewson has found the killer form in the Vauxhall players and their recent form has shown that. I may be a little biased when I say this, but it is very difficult for a newly promoted side to go to Anfield and play well. Vauxhall's fantastic 4-4 draw at Anfield will go down as one of the Premier League's best games ever.

I think if you look at the squad Paul Hewson has assembled, Vauxhall can go places. There are plenty of experienced players who Hewson brought in to help Vauxhall survive this season. I can see players like Emiliano Cervantes, Niels Andersen, Andrew Casey and Sander Kaljuste developing in to top Premier League players. Vauxhall and Hewson have potential to become the best club and manager in the world, and I believe that there is a lot more to come from this club and manager." 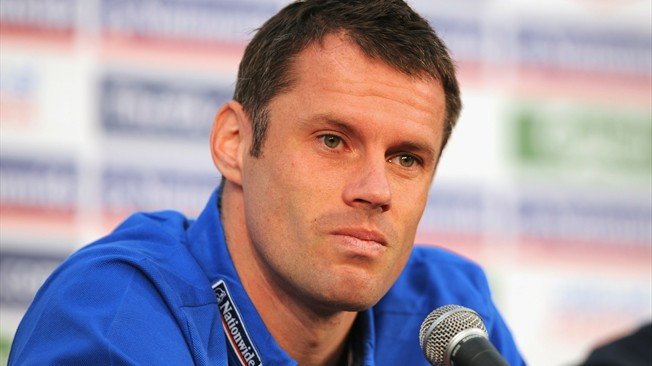 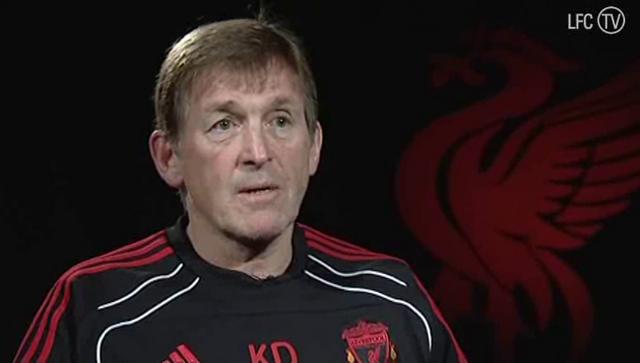 Kenny Dalglish: "Roy Keane has been a superb manager for Scotland so far. He managed to get Scotland in to the European Championships this summer, and they reached the semi finals where it took Spain to beat them. That is a fantastic achievement for any country and any manager. He really has done great things for Scotland.

But now, however, they don't look the same team in the World Cup qualifying campaign. Yes, they are leading a group which has Ireland and Holland second and third respectively, but they seem to lack that little bit of bite these days. Don't get me wrong, Tony Watt and Steven Fletcher have been in fantastic form this campaign with ten goals between them in four games, but I still think they need a younger, fresher striker in the squad.

You look around the leagues in Scotland and in England, and there are quite a few Scottish strikers who deserve a call up. Players like Steven Fletcher and Johnny Russel who have been playing regularly for the club, and scoring regularly for their club, all get game time for Scotland. But then you see Euan Smith, who scored 31 goals in the Championship for Vauxhall last season and already has 5 Premier League goals to his name this season, gets called up to sit on the bench. I think that's a huge shame for a player of his talent. He got called up to the European Championship, yet he wasn't given any game time at all, not even in the warm up games. What is Roy Keane thinking?

Then you look at Tony Watt. He has performed very well for Scotland, but he is yet to play a single game for Tottenham this season. How does that work? Surely the players in the squad should only be called up based on form, in which case Euan Smith should be starting ahead of Tony Watt. They are both great strikers, but Smith deserves to start and I know he would shine.

Myself, David (Moyes) and Alex (Ferguson) may not have been the greatest of friends when we were managers competing against one another, but we all agree that Euan Smith should be starting for our country, one which I was so lucky to represent numerous times. I think Roy Keane is a fool for not playing Euan Smith while he is in his prime, because he is missing out on one of our best striking talents. I really do hope he starts in the future, because he has been fantastic in recent years."

Glenn T
9 years
Give it to him King Kenny!

Rablador
9 years
Glad to see Barbra asking all the right questions there! But seriously Roy, why are you even manager? Give King Kenny the job already!


After a recent brilliant run of form, we had climbed up towards the middle of the table. We knew we couldn't afford complacency and that every point mattered. We were aiming to avoid relegation, and getting points on the board was necessary to achieve that aim.

We started the month off very well with a great win away to Fulham, courtesy of a Joe Mason hat-trick. We then lost 4-1 to Arsenal at home, where our defence was completely overwhelmed by their attack. We did bounce back to record a very nervy 4-3 win over Wigan, with Euan Smith bagging a hat-trick and Joe Mason getting on the score sheet yet again. Then came our big challenge, a trip to the Etihad to play Man City. We came away with a shock point, with Joe Mason scoring the decisive goal for us. Then we travelled to Hull City, where their superior attack showed us why they are one of the top teams in English football, despite them having a very poor start to the season. Overall, I'm pleased we picked up seven points from this month. These points will help us a lot. 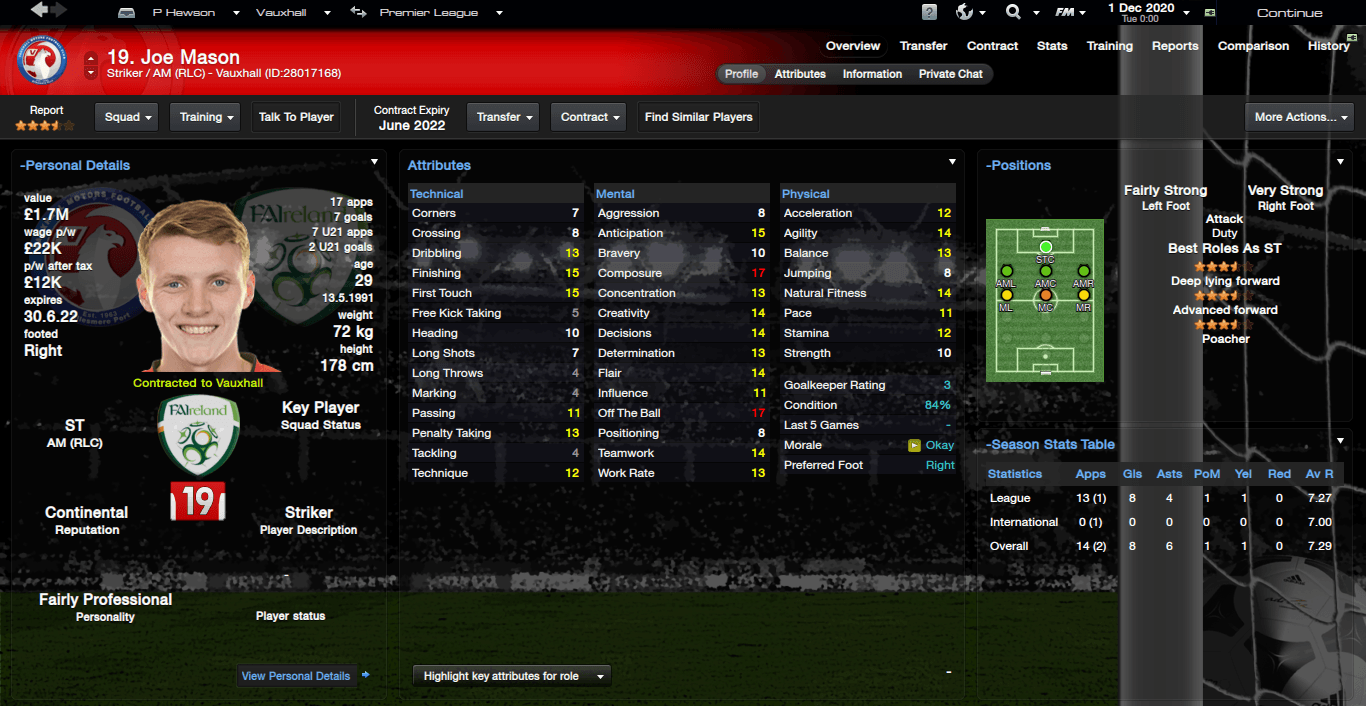 Joe Mason is my player of the month for November. He has been in fantastic form this month, scoring 5 goals, including a hat-trick to remember against Fulham. He has been our main driving force this month and we'd be lost without him. Hopefully he can keep up his impressive form for us in the months to come. 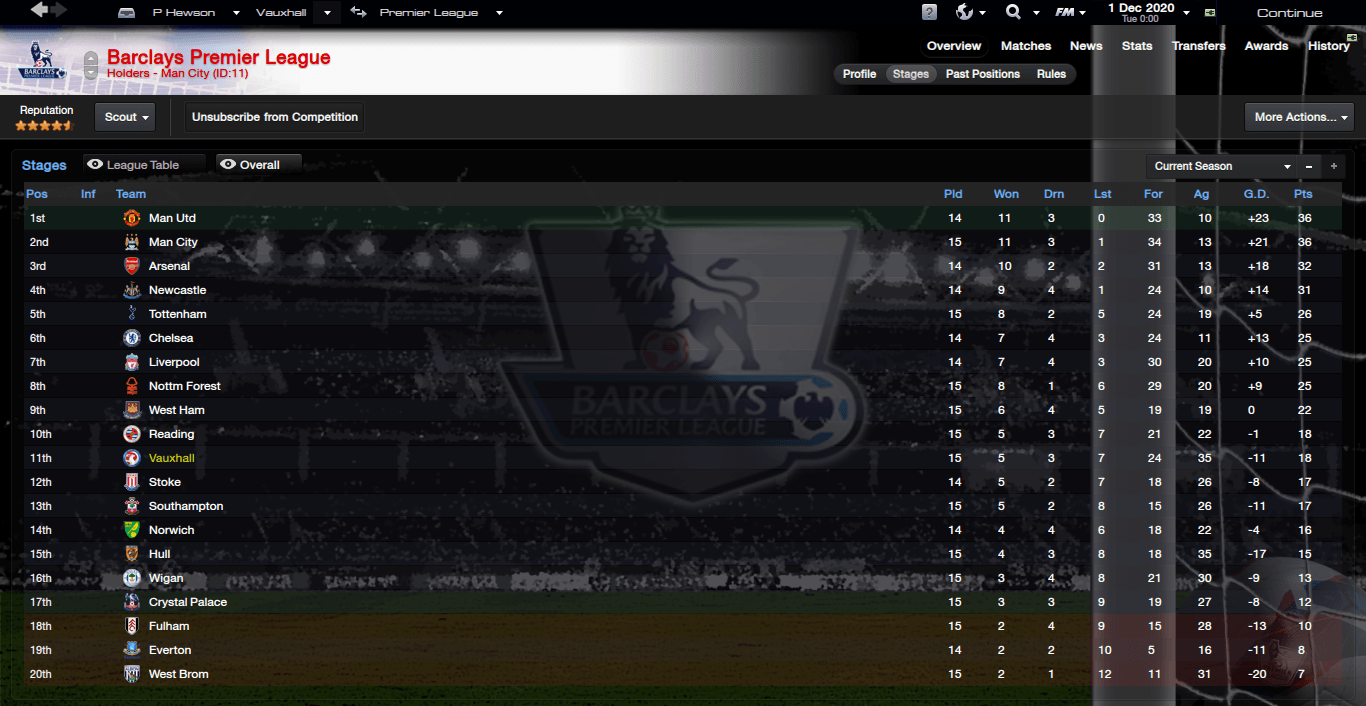 We have climbed up to 11th in the league, although our Goal Difference has taken a hit thanks to the Arsenal and Hull games. We need to improve our defending by bringing in top defenders, and we will be looking to do so during the January transfer window and again in the summer. The good news is that we are eight points away from the relegation zone, which is a huge relief for us as we were rooted to the bottom two months ago.

December will be a busy month for us, with seven games to be played. We start off with a Capital One Cup quarter final at home to Burnley, which we will be looking to win. We then play Newcastle and Reading at home, before playing Stoke and Southampton away from home. Our Boxing Day fixture is a home tie against Chelsea, and we finish the year with a home game against reigning champions Manchester United. I will be looking to get through to the Capital One Cup semi finals and pick up seven points this month in the league. Hopefully we can achieve that.
Login to Quote

Verdinho
9 years
You won't be wanting to return to The Circle in a hurry will you?! Joe Mason looks a top signing
Login to Quote

Rablador
9 years
What a great start to the Premier League, but I'm sorry, you got pwnd by Hull

Atreidas
9 years
Great job Justice! You're definately going to stay up this season. Keep up the great work

Neal
9 years
Great results, especially that 1-1 draw at the Etihad. Keep this up and relegation won't be a problem!
Login to Quote

@Rablador, it was a great start and indeed we did