After a lot of drama and finally securing the signature of Gary Gardner, we were looking to progress in the FA Cup, stay away from relegation in the league and challenge Newcastle for a spot in the Capital One Cup final and a potential European spot.

We played nine games in a very busy January. We started off with a 2-0 win away to Accrington in the FA Cup. We then hosted Newcastle in our first leg in the Capital One Cup semi finals, where we recorded a surprising 3-1 win, with Euan Smith bagging a vital brace. We then suffered back-to-back defeats against Spurs and West Ham in the league before bouncing back with a win over Norwich. Next came our second leg in the COC, where we battered Newcastle in a 4-1 win (7-2 aggregate) at St. James' Park to put us through to the final. We then just about beat Grimsby to advance in the FA Cup, before new signing Gary Gardner inspired us to wins over Crystal Palace and Liverpool in the league. I am delighted with how we did this month, and we certainly stunned a few! We are also guaranteed European football next season for reaching the final of the COC, which is fantastic for us. 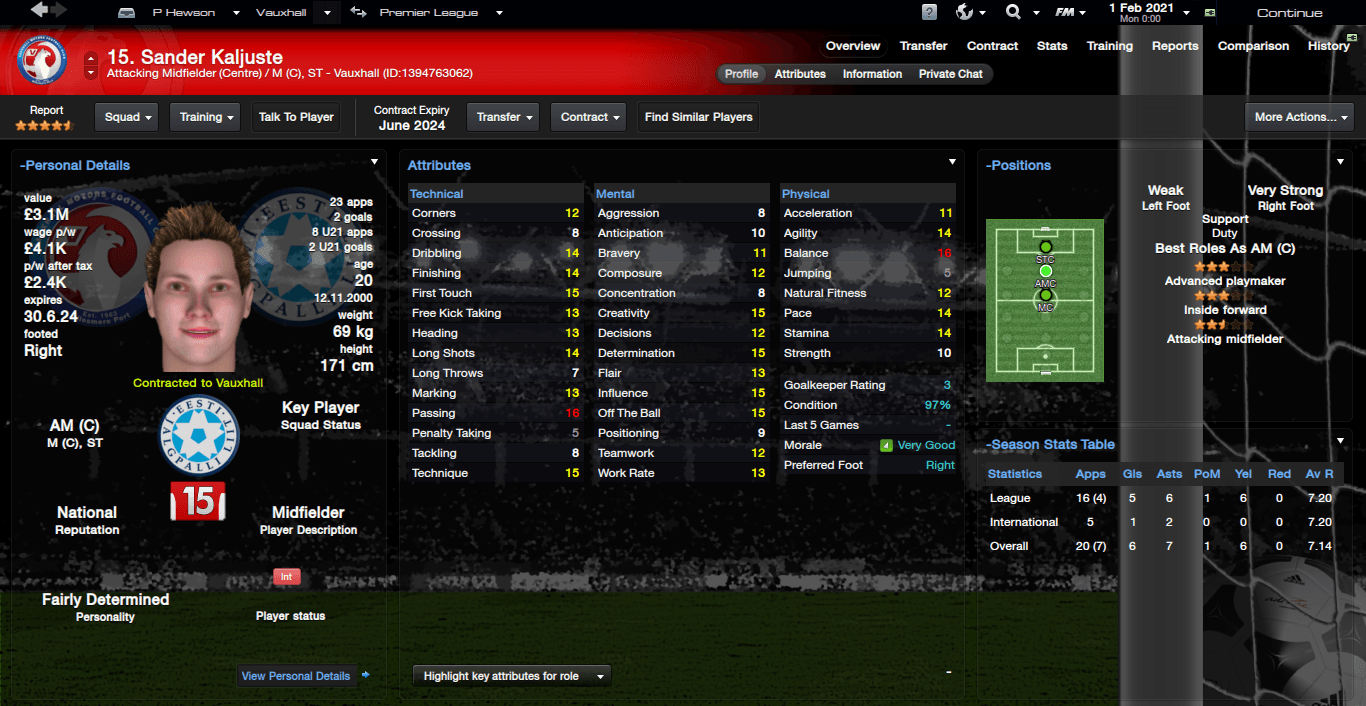 Sander Kaljuste has to be my player of the month for January. He inspired our two victories over Newcastle, aswell as playing an instrumental part in our wins over Norwich, Crystal Palace and Liverpool. He has developed very well over the last year and a half that he has been in the club and I can't wait for him develop in to a top, top player. 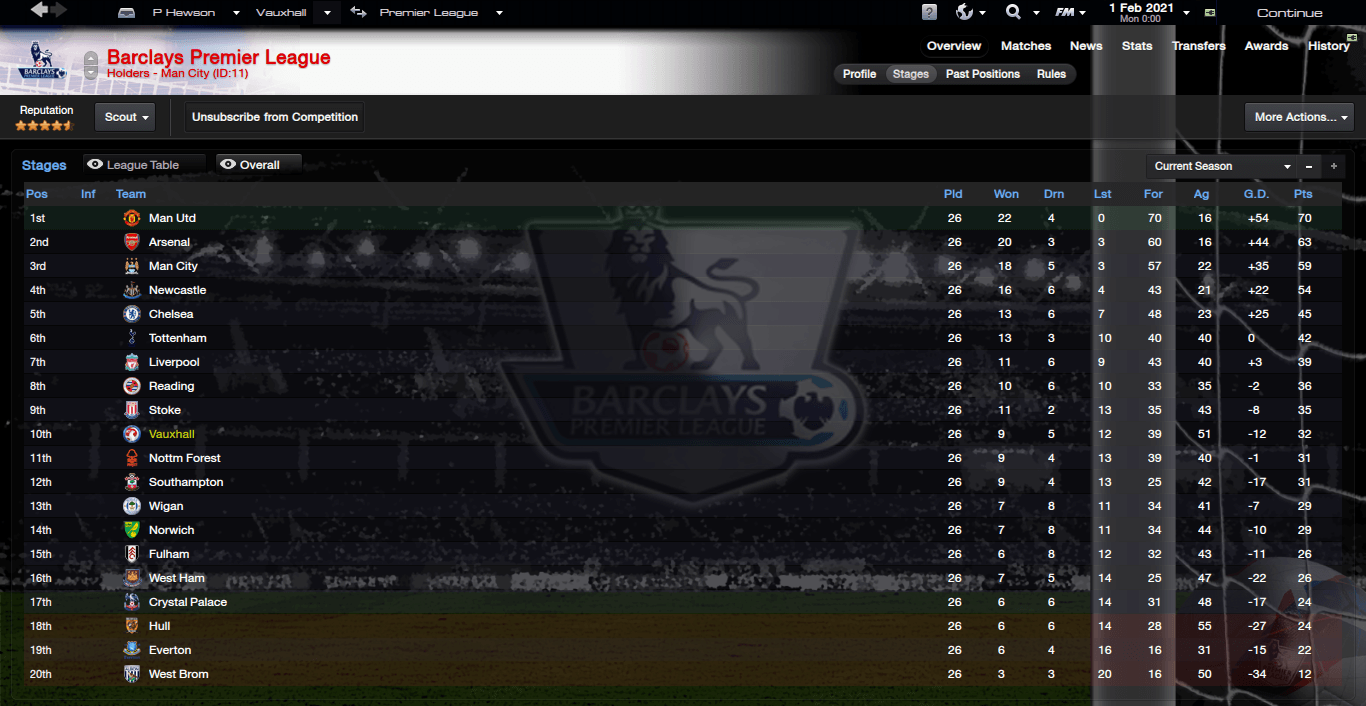 Our impressive league form has seen us shoot up to 10th in the league. We have now restored our 8 point gap between us and relegation, with just twelve games to be played. This has been a fantastic first season for us and I can see us finishing in a mid table position. Next season will be another great season for us, if we can invest in the correct players during the summer transfer market. 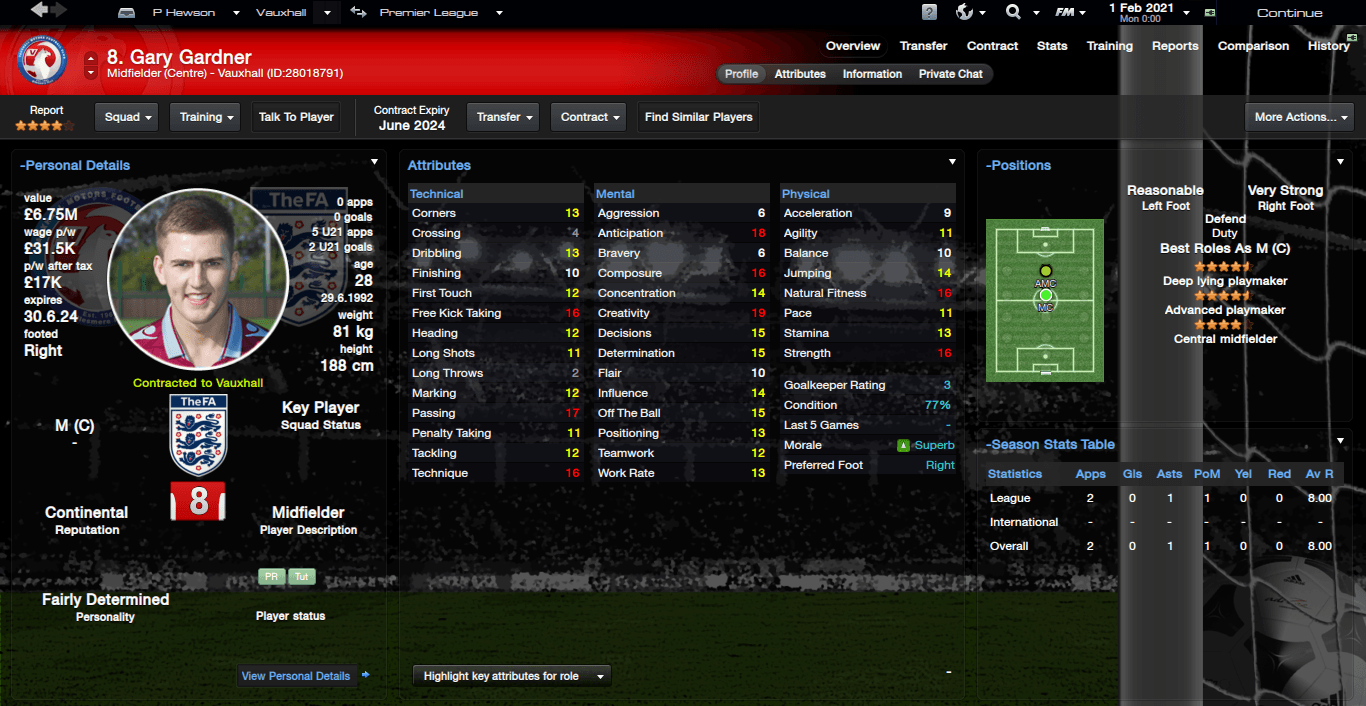 Gary Gardner is our only signing of the transfer window, and he has been a fantastic player in the two games he has played! He has a long way to go to prove that he is worth his fee of £9,250,000 but I believe that he can prove his critics wrong. His passing, technique and creativity make him a top playmaker, not so different from Barcelona legend Xavi. I believe that Gary Gardner is our "Xavi".

We have just five fixtures next month, but two very big fixtures in the middle. We start the month with a league game away to West Brom before hosting Derby County in the FA Cup 5th round. We then travel to Wembley to play Arsenal in the Capital One Cup Final (will have special update for that). Our remaining two league games are against Forest at home and Everton away (technically at home considering we are ground sharing). We'll try our best in the final and hope we can pick up our first ever cup trophy!
Login to Quote


Vauxhall Motors Football Club has opened up their own official shop in Ellesmere Port and also in Liverpool. In these shops, you can purchase match tickets, replica kits, postcards and many other gifts! It is great for the club to be finally be able to open a shop, let alone two at the same time! Our replica kits come at a very cheap price of £20 each and you can get the name and number of your favourite player on the back for an extra £3! 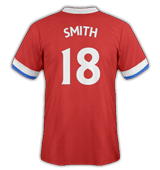 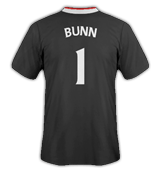 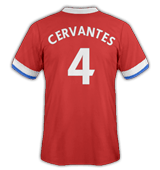 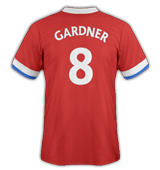 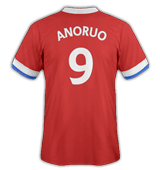 Who's jersey will you get?
Login to Quote

Neal
9 years
Gardner is your Xavi? Woah woah woah, let's slow down here. He can be your Leon Britton

Justice
9 years
@Louis o., going for the legend I see

@neal09, I wouldn't mind having Britton in my team

DeanByrne1995
9 years
Great updates and best of luck in the capital one cup final! I'll have a Smith jersey if you don't mind!
Login to Quote

Lucas
9 years
Doing well mate, good luck in the Capital One Cup Final, if I won it then I'm sure you can

Mark Bunn: This season will be my last 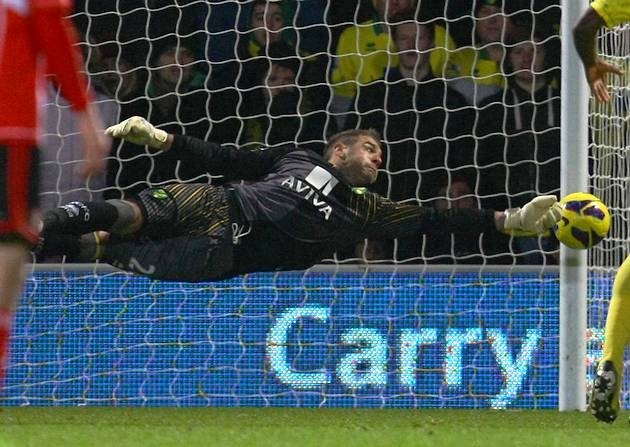 Mark Bunn: "My time here at Vauxhall has been a great one. The games we've played, the passion of the fans, they've been fantastic. Playing for Vauxhall Motors has been one of the best experiences of my career, and I reckon the club can get to the top. Vauxhall Motors can become the best team in the world.

But for me, this is where I get off the train. I've thoroughly enjoyed my time here, but I'm getting on a bit now and Vauxhall will need a younger, fresher 'keeper to play week in, week out for them. I've learned a lot playing for Vauxhall, through playing for the club, playing alongside some incredible players, and having Paul Hewson as a manager. He has taught me a lot, and not just about the beautiful game too. He's taught me a lot about the values of life, and how you should appreciate each day, no matter what happens. You should always make the best out of each situation, and that's what I will do from now on.

I've heard rumours of potential goalkeeper signings that Paul Hewson could be making this summer. Declan Rudd is a name that has popped up a couple of times. I have been lucky enough to have played alongside Declan for a season, and he is a terrific bloke and a good 'keeper. I reckon he would do well at Vauxhall. 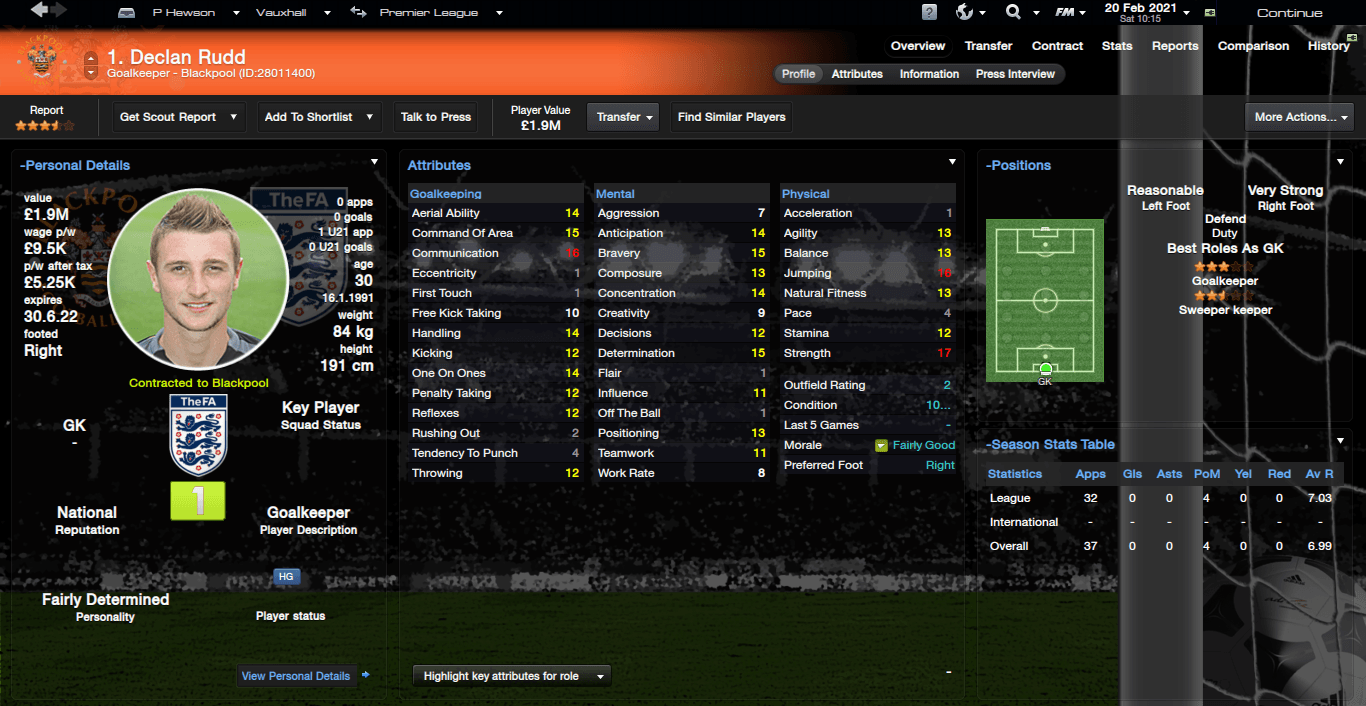 Another name I've heard thrown around is that of Swansea's teenage sensation, Edward D'Auria. At 19 years of age, the guy is Swansea's starting 'keeper, and he has a cap for Wales too! This guy has the potential to be one of the best goalkeepers in the world, and I urge Paul Hewson to take a look at him. This kid can do it all! 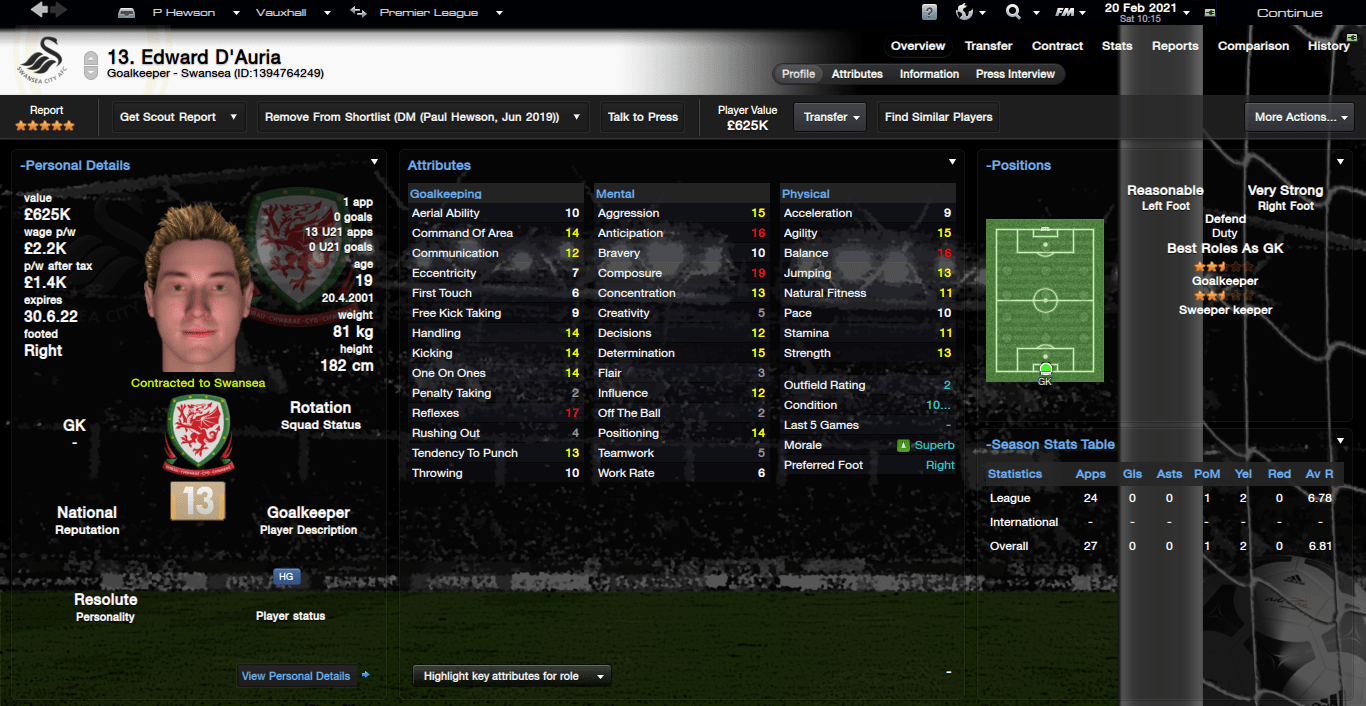 Of course, Vauxhall do have a very capable young goalkeeper in Iain Rae, who has been solid when called upon this season. I know he can do well as Vauxhall's number one if given the opportunity. Of course all this will bring a huge dilemma for poor old Paul, but it isn't a bad one, is it?" 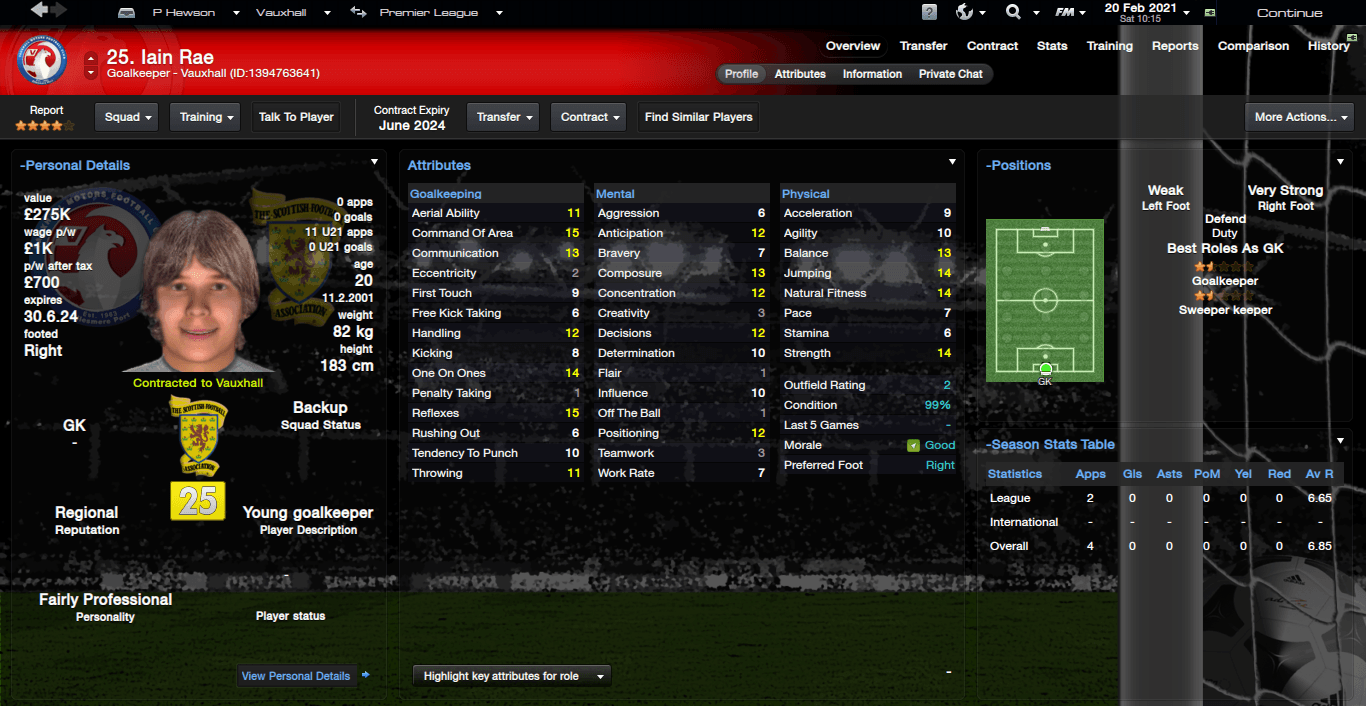 k1rups
9 years
Absolutely awesome work in the league!! And some great updates that followed as always

Anoruo for me please haha
Login to Quote 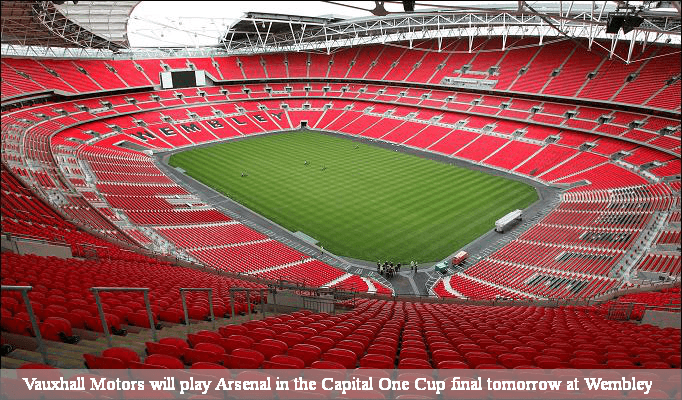 Vauxhall Motors captain and leading goalscorer (20 goals this season) Euan Smith talked to our reporter Rio Ferdinand earlier today about tomorrow's Capital One Cup final against Arsenal at Wembley. This will be the first time that Vauxhall have reached the final in this competition, and the third time they will play at Wembley, the first being a play-off final in the Blue Square Bet Premier in 2015, the second being the FA Cup semi final last year where Arsenal were victors.

Euan Smith: "As a little kid I always dreamed of going to Wembley to play in a cup final, and this is my chance. I know Paul (Hewson), Obi (Anoruo) and Vauxhall have been to Wembley before to compete in a play-off final six years ago, and we played in an FA Cup semi final there last year, but this will be something else. This is a major cup competition and one we will want to win. We've come too far to bow out at the final hurdle.

I remember signing for Vauxhall back in 2016. It was a long time ago, but it feels like it was just yesterday when it happened. Vauxhall were a club still getting used to life in the Football League, but they were doing so in such a great way. The club was small and modest, but now it is a big and modest club! Vauxhall Motors will become one of the best clubs in the world, if not the best, and I can guarantee Paul Hewson will be the manager to bring Vauxhall to that next level.

I feel even more honoured to be able to lead Vauxhall out on to Wembley and captain the team. This will be my first cup final ever, and it will certainly be one I will cherish for the rest of my life. To know that we are now guaranteed European football next season too makes me even happier. Captaining the team I love in a cup final at Wembley really is a dream come true!"
Login to Quote