Rablador
7 years
:'( We may never see those kind of sideburns in a Bayern shirt again. Y U RETIRE LEIGHTON?!?

Philipp Lahm: One of the Greats 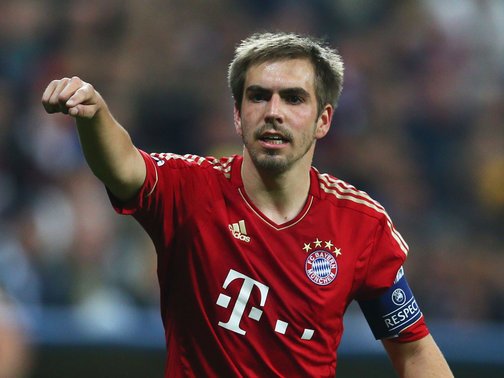 Bayern Munich legend and former long-serving captain Philipp Lahm has retired from professional football, following a rather indifferent season where he made only 5 appearances in Bayern's successful quadruple win.

Despite being unable to qualify for a title medal due to his lack of appearances in the league for Bayern, Lahm received a new treble of trophy medals, as he played in the DFL Super Cup match, the DFB Pokal Final as well as the Champions League Final. His last goal for the club came against Dortmund in the DFB Pokal Final, as he scored the third goal to make the score 3-2, although Dortmund equalized later on. Bayern eventually won the match on penalties.

The 36-year-old's playing career astonishingly spanned a total of 25 years starting from his humble beginnings playing in the Under-19s team of Bayern in 1995 as a youth. One of his coaches, Hermann Hummels famously stated, "If Philipp Lahm will not make it in the Bundesliga, nobody will anymore."

He was considered as the best young prospect within the team and quickly rose to the position of captain of the Under-19s.

He broke through into the FC Bayern II team in 2001, making 27 appearances for the Reserves side and then 34 appearances the following season, also captaining the team. His impressive performances won him a two-year loan spell at Bundesliga side Stuttgart and he established himself as their temporary first-choice, making 53 appearances over 2 seasons. As a Stuttgart player, he also managed to win his first Germany cap in a 2-1 win over Croatia in February 2004.

When he returned to the Allianz Arena in 2005, Lahm was ready to be a solid first-team player. His first season in the senior team saw him make 20 league appearances due to injury but by the next season, he had rose to first-choice, not missing a single Bundesliga game as he made 34 league appearances.

His consistency and excellent performances saw him being linked with Catalan giants Barcelona in the summer of 2008, but such a transfer never came as he signed a new four-year contract with Bayern Munich to keep on playing for them until 2012. Lahm was appointed vice-captain in 2009 by Louis van Gaal. After the departure of Mark van Bommel in January 2011, Lahm acted as captain until the end of the season. He was then named as the official captain of the team. 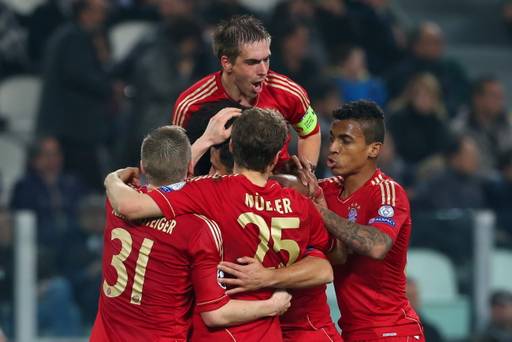 With Bayern Munich, Lahm won plenty of accolades and trophies. His first title came in 2006 as he was part of the squad that won the Bundesliga title. In the same year, he won his first DFB Pokal. His next trophy was the DFB Ligapokal in 2007 and he won his first DFL Super Cup in 2010. His first Champions League title came a little later, in 2016. 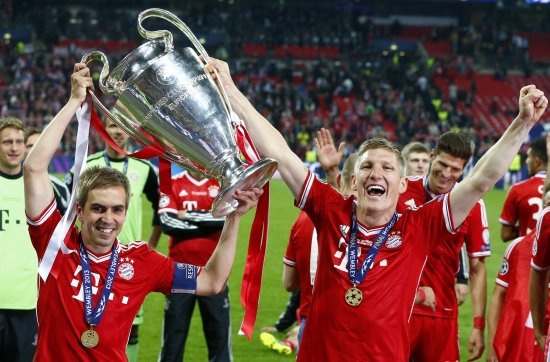 Altogether, Lahm has built up a phenomenal record of 24 competition wins throughout his career, and has won 7 different trophies.

It ha been quite the career for Lahm, who has marked his name in the history of Bayern Munich as one of the greats. 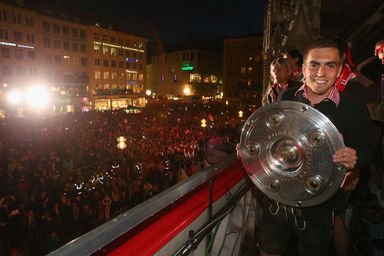 DeanByrne1995
7 years
All the great Fullbacks are retiring ;( Next you will tell me that Andre Santos has retired...Great fullbacks

k1rups
7 years
Awesome tribute for an excellent player and maybe the best right back in his time!
Login to Quote

Rablador
7 years
WHY LAHM? WHY? Great tribute Glenn, shame to see two of the fullback greats bow out one after the other, but that's football I guess. They have to make whey for some beasting regens!

Glenn T
7 years
Krupesh: Yeah, Philipp Lahm was marked as 'legend' so I decided he definitely had to be given a tribute. Glad you liked the piece

AlexSonwild
7 years
Great tribute m8. Can't wait for the next player to retire if you do this kind of update every time

Top of the World 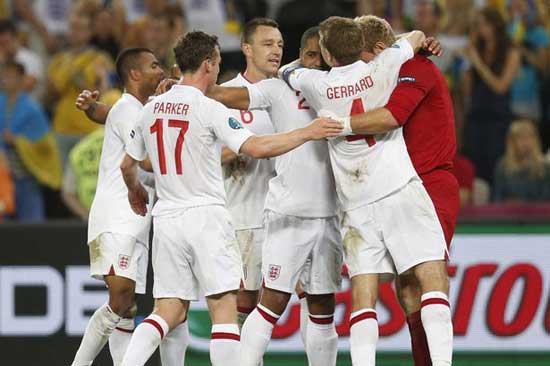 England have risen back to 1st place in the World Rankings.

Despite being beaten on penalties by Spain in the European Championship Final, FIFA have promoted England back to the top of the world.

"It's a pleasant surprise," said recently-elected Football Association chairman Paul Hewson, formerly the lead vocalist of rock band U2. "We didn't really expect that, because of, well, the loss in the European Championship Final and all. But of course, we're not complaining. FIFA thinks that we're the best in the world, and we're ready to prove that." 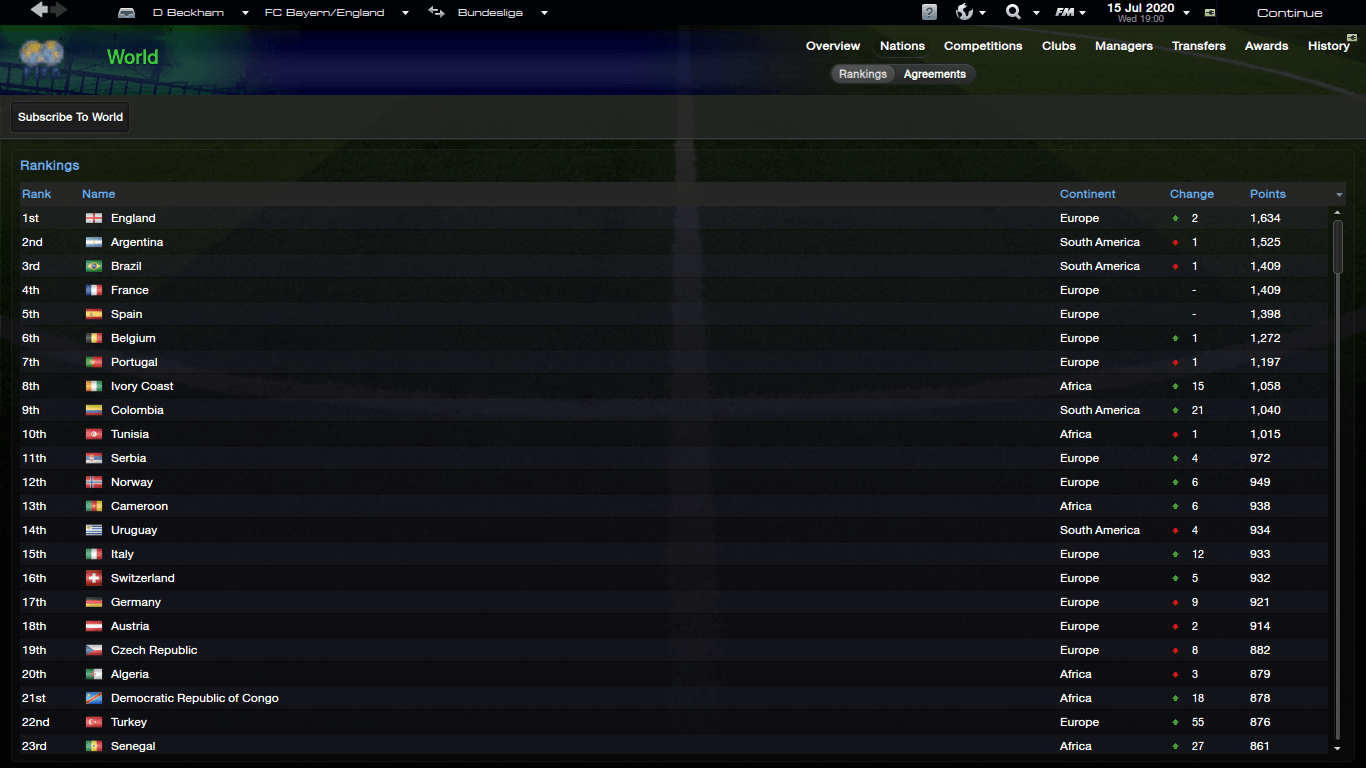 "People think we shouldn't be where we are in the rankings," said the Bayern Munich boss. "But the World Cup is in 2 years, and we're ready to prove them wrong."

Players like Alex Oxlade-Chamberlain and Phil Jones have been vital in pushing the club up the World Rankings, past Brazil and Argentina.

However, Beckham should take the most credit. Under his management, England have only lost 1 in 25 games, that single game being the European Championship Final played against Spain last week.
Login to Quote

That's because David Beckham is the manager