edu1878
7 years
Just caught up after not reading anything for a while. Unlucky in the final but you were England, so a penalty loos was inevitable. I still can't work out how they are top, even with Beckham as manager. Anyway, keep it up and I can't wait for next season.
1
Login to Quote

I don't know how we're top either, but hey, we'll take it 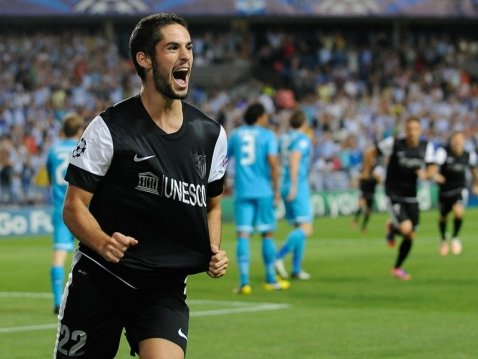 28-year-old Isco captained Malaga and had a glittering career with La Rosaleda making 287 La Liga appearances for them between 2011 and 2020.

He was a sought-after prospect but had always affirmed his loyalty to Malaga. However, after 9 years at La Rosaleda Stadium, Isco was seeking a new challenge and with his contract running down, decided not to renew it so he could leave at the end of the season - something that will probably not sit well with Malaga fans.

Beckham had apparently already agreed a deal with Isco in February, and the one-capped Spaniard is ready for a new chapter of his career to unfold at the Allianz Arena.

"I'm really excited to be here," said Isco. "There are other Spaniards like Thiago and Eneko (Diez), so I don't think I'll have any trouble settling.

"I really enjoyed my time at Malaga and I will always cherish the memories of playing for them and being their captain. But I've not won any major trophies in my entire career and I want that to change. Here at Bayern Munich, it can." 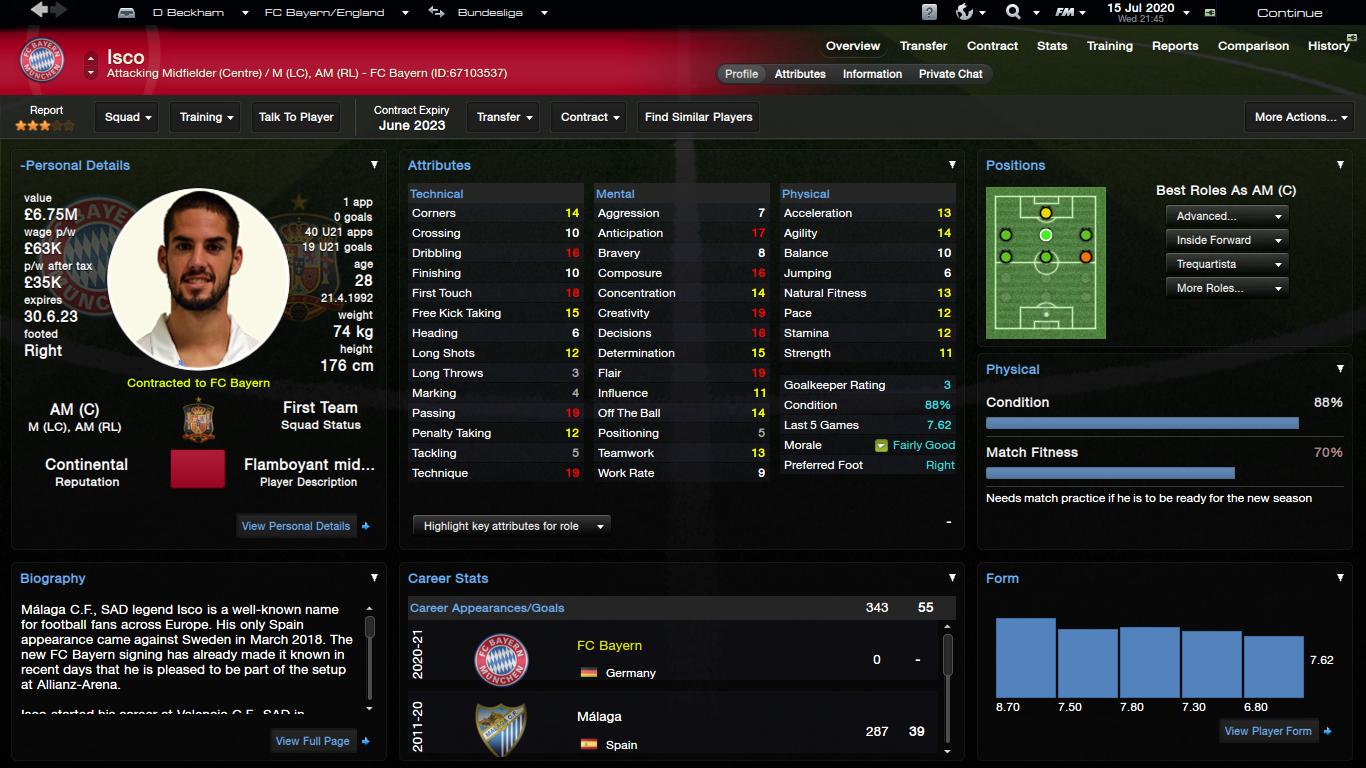 Bayern Munich have also completed a second signing, with a name that'll be familiar to Beckham joining the German champions for a giant fee of 34.5 million.

Montero was brought to Aston Villa in 2015 by Beckham from hometown club Nacional. He worked his way up to becoming a global superstar, and by 2017 he was one of the best young defenders in Europe. By 2018, Montero was handed the vice-captaincy, in spite of his young age.

Now 23, Montero is ready to play under the man who made him a star again.

Although Malky Mackay was the manager who gave him the role of vice-captain, Montero has had problems with Beckham's successor and had stated frequently that he was "unhappy" with Mackay's management at Villa Park.

He ends his Aston Villa career making 151 Premier League appearances for the Villans. 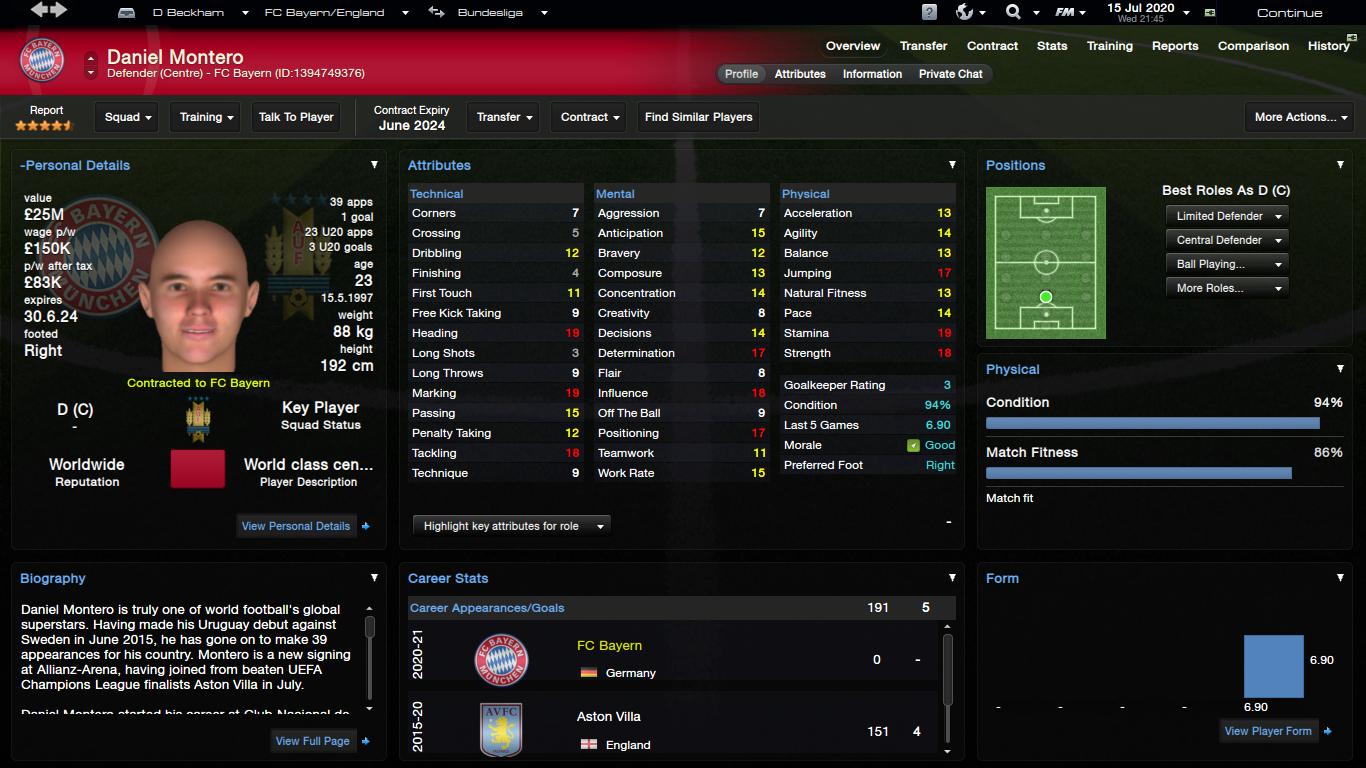 "It's great to be working with the boss again. I really can't wait," Montero told the German press. "David Beckham is a brilliant manager and it's anyone's fortune to be able to play under his management. It's good luck for me that I'll be working with him twice.

"Leaving Aston Villa behind was hard. I love Villa and I always will, but there are problems right now with the management, problems I can't stand, problems I won't stand."

This direct slamming of Mackay only underlines the growing unpopularity at Villa among his own players, although the club got to the Champions League Final under his management.

Isco and Montero will join up with their new team immediately on their tour of South Korea.
Login to Quote

What 100%? That was completed last season

But this year we have extra cups to contest, the Club World Championship and the European Super Cup so I'm aiming for six trophies this season. A true 100$

TheMS99
7 years
Isco: Not bad signing really, but only one cap? how? he is awesome.
Montero: Wah! I'm Montero and I want to be with Beckham

This season you will have to some how improve on the league season, and then win all 6 and say that "I am the boss, screw all of you"
1
Login to Quote

This season you will have to some how improve on the league season, and then win all 6 and say that "I am the boss, screw all of you"

Glenn T
7 years
The June Story of the Month is up, and David Beckham: From Hero to Zero is nominated yet again!

Of course, I would always appreciate a vote if you like my story.

Or if you don't (damn you!) there are other stories on the poll that could also use a vote.