What is 'the Belgian club'?

Belgium are currently 6th in the World Rankings, a top national side

Caelis
7 years
What are the leading players of the Belgium national team?
And how is Anderlecht doing?
Login to Quote

Okikos
7 years
Class update, look forward to seeing him break into the first team. Should enjoy rapid development with Neuer in the fade! KUTGW

Feels like 5 minutes ago it was only 100.
Login to Quote

TheMS99
7 years
How well is Andrew Black for Villa, if he is still there? Signed him for Neil Patrick Harris' Southampton, and just wondering if he will be an inspired signing. Also, put in my story that you "recommended" me sign him, as a famous scout.

Mainly just a backup player for Villa now, still there though, just signed a new contract. He's kinda like their Paulo Ferreira! Thanks for the mention too

Mainly just a backup player for Villa now, still there though, just signed a new contract. He's kinda like their Paulo Ferreira! Thanks for the mention too

How could I not mention you man? You have the best story on this site

To the Nether Lands 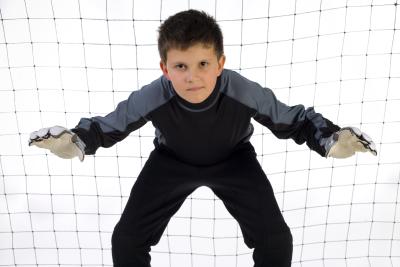 The 18-year-old Turk has been brought in to the Dutch club as competition for current first-choice, South Korean international Lee Sung-Woon.

With David Beckham having already decided to hand Arno Gerritsen a chance to step up to the first team as second-choice goalkeeper, Seckin has been loaned out and he'll now look to establish himself in the Netherlands and Feyenoord.

"We're very happy to be able to have a player of Seyhmus Seckin's quality on board," Feyenoord manager Danny Blind said, speaking to the Dutch press alongside his new signing. "Seyhmus will be here for the season and he will improve our goalkeeping options quite nicely.

"I think a few years down the road he's going to be one of the best goalkeepers in Europe so hopefully we can play a part in that by grooming him here at Feyenoord." 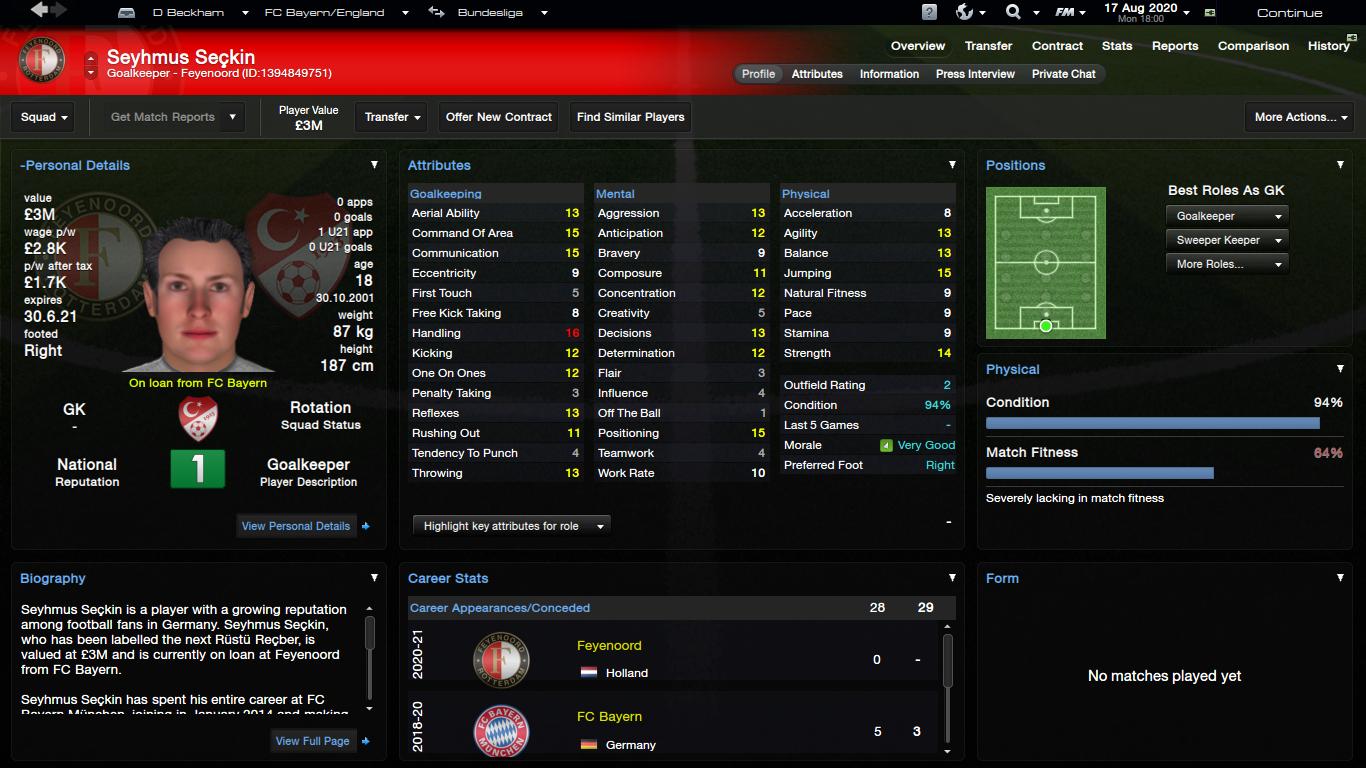 With Seckin's temporary departure confirmed - that is 7 players out the Bayern Munich door so far this summer, a majority on loan. But there could be more.

Manchester City and Tottenham Hotspur have refused to give up interest on Bayern midfielder Will Hughes.

The former Aston Villa man was key to the German giants' success last season but has indicated before that he would like to return to England in a later point of his career.

City and Spurs will have to stump up at least a reported 25 million fee for the England international.

According to rumors, Tottenham have already had a 20 million bid rejected, with Beckham not keen on selling. 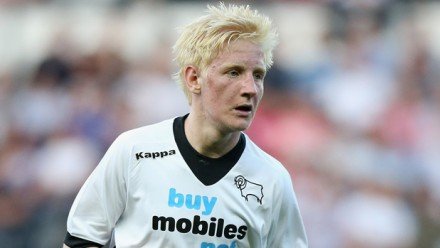 Jesus Blanco could also leave the club this summer.

The 23-year-old joined Bayern Munich from Aston Villa two summers ago and has since made 52 appearances in the Bundesliga, but the Paraguayan is a prime target for Barcelona. 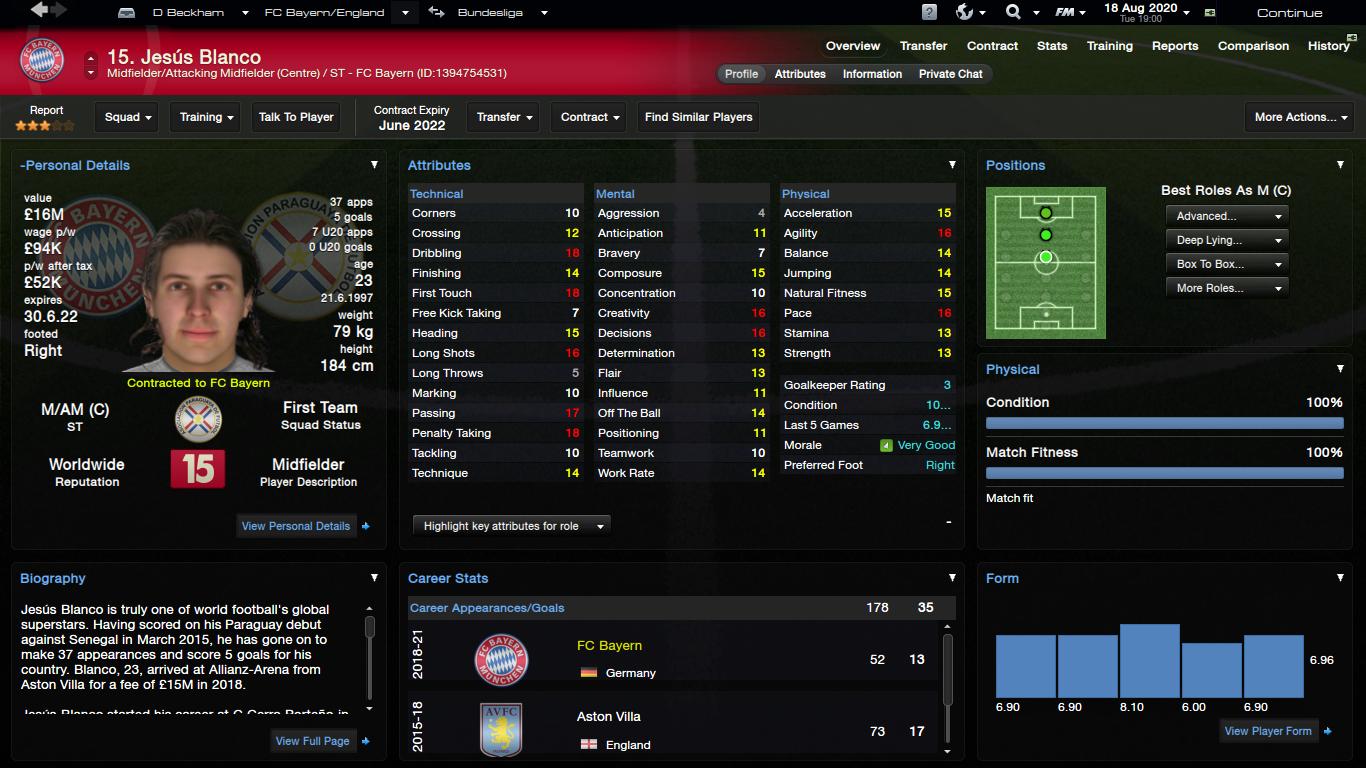 Blanco is understood to be very interested in a move to the Spanish league.

Since joining Bayern, Blanco has enjoyed consistency, yet failing to reproduce the exceptional performances he displayed as an Aston Villa player - being above average at best. Although he was constantly thrust into a striking position last season, Blanco only managed to score 5 goals.

Aside from departures, Beckham is also ready to spend the cash - apparently set on recruiting more into the team with the funds generated from the sales of Mattheus and Siyanda Xulu.
Login to Quote

TheMS99
7 years
Don't let Hughes go man. He is top quality. As for Blanco, if he is wanted by Barcelona, and you want to let him go, really get some money from it.
Login to Quote

The Next Cristiano Ronaldo 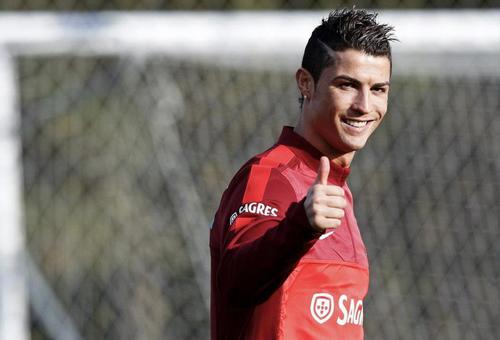 The Portugal Under-21 international was signed by Aston Villa just last year from the youth academy of Vitoria de Guimaraes for 825k and made zero performances for the Villans first team, but his astounding performances in the Reserves and Under-18s have led to plenty labeling him as a top talent. However, Bayern Munich have now secured the youngster's fees, although for quite a fee - 15 million. 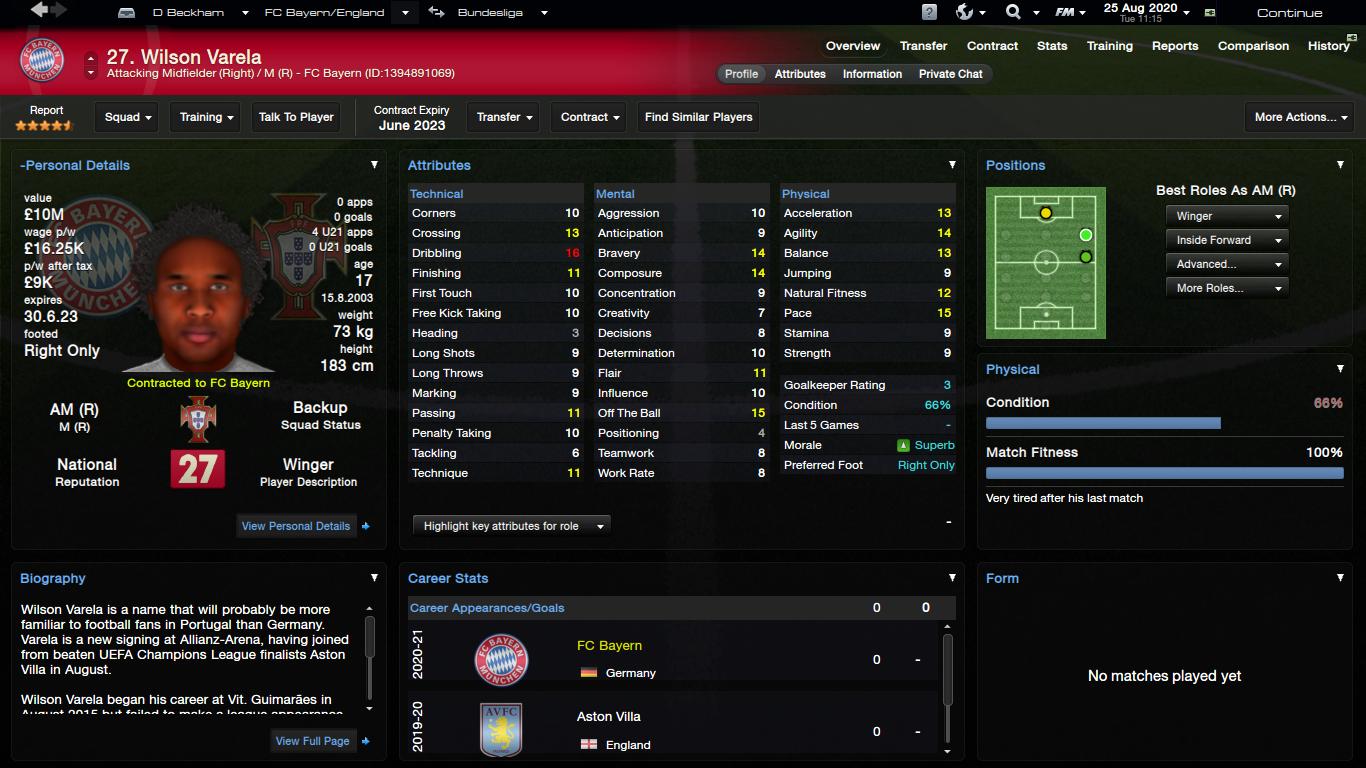 "Wilson Varela is going to become one of the best players in the world," said Aston Villa manager Malky Mackay just two weeks ago, as speculation over the winger's future intensified. "We aren't interested in selling him."

However, the 15 million bid has certainly made Mackay reconsider, and although it would seem Aston Villa have got the better cut of the deal - getting 15 million for a mere, almost unproven 17-year-old, David Beckham has seldom made transfer mistakes, and is also known for being able to nurture a young player to play to his full potential.

Varela, due to similarities in style of play, has been labelled as the next Cristiano Ronaldo.

The Real Madrid and Portugal legend retired from professional football early this summer and is set for a future career as a footballing ambassador and model.

"This is a very exciting time for me," Varela admitted, in an interview with FCB TV. "To be spotted by one of the best managers in the world and to be able to play for the best club in Europe is a great honor. I will do as best as I can to repay everyone at the club's faith.

"Aston Villa was great and I would like to thank them for helping me mature as a player. It was only a year in England but I was very happy there."

In a press conference unveiling the youngster, Beckham revealed that Varela would be thrown into the first team immediately.

"He is only 17, but I think he can play in the first team, why not?" Beckham told German media, at the Allianz Arena today. "It doesn't matter how old you are if you are good enough. And I do think he is good enough.

"He will of course not be playing as much as a first-team player but he will definitely be involved."
Login to Quote

Verdinho
7 years
The Next Ronaldo! Now there's some exciting news!!! Just a reminder that the former "Next Ronaldo" went by the name of Nani and although he is a decent player, he clearly didn't go to plan

Hope this lad is much better
Login to Quote

Jozef
7 years
what a player, that guy is gonna rap in the goals for FC Holywood. Great signing Glenn.
Login to Quote