As if Manchester United were not enough, Manchester City and Chelsea have both enquired about the availability of Aston Villa boss David Beckham. 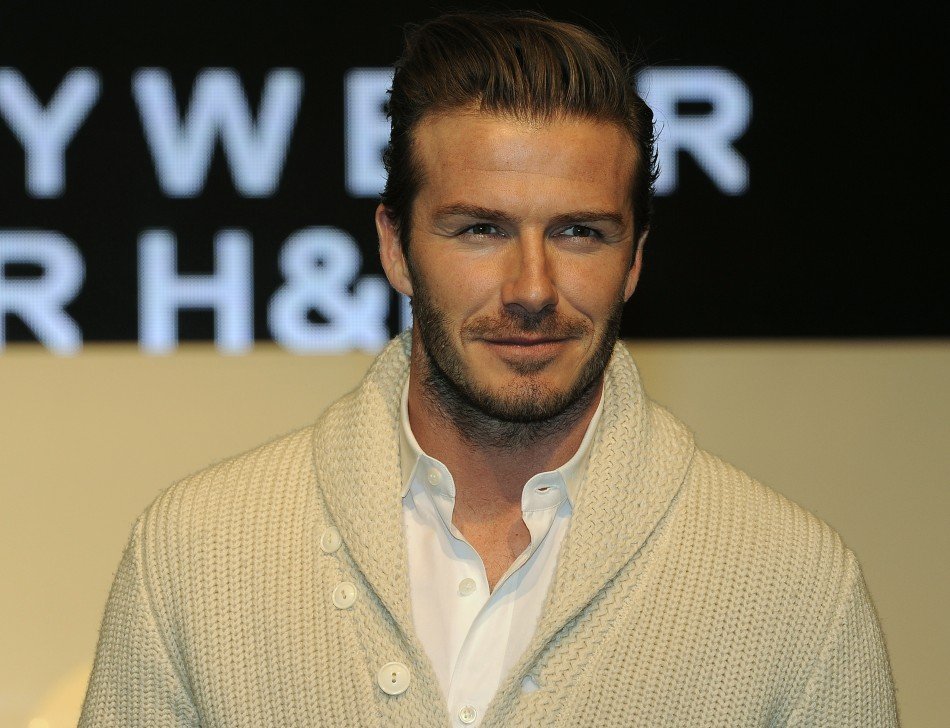 Jose Mourinho's appointment as the next United manager has activated something akin to dominoes. 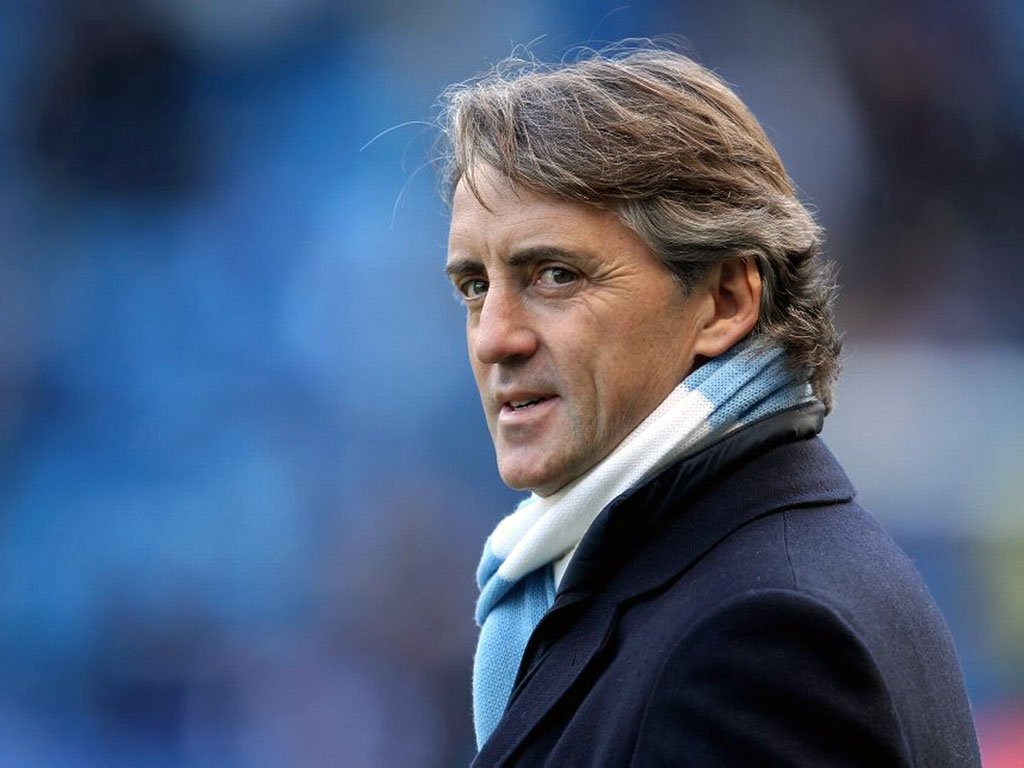 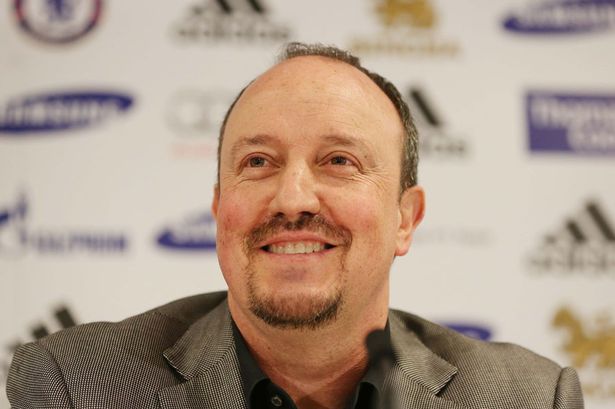 However, it is understood that Manchester City's first choice will be Aston Villa's Beckham, who played the majority of his football career at rivals Manchester United.

If Chelsea do lose Benitez though, they will turn to Beckham as well, whose son Brooklyn formerly turned out for their academy team.

Louis O.
8 years
Will you leave? It would be hard for United fans to stomach you managing one of those two teams, especially City.
Login to Quote

The Power of Youth

Aston Villa manager David Beckham has concluded five deals for his side, just weeks after the opening of the summer window.

Karim El Ahmadi has left the club to Norwich on a 3 million deal after Villa paid Feyenoord 3.2 million for him in 2012. The Moroccan has impressed in his time under Beckham, but has been unable to dislodge the preferred midfielder pair of Will Hughes and Fabian Delph. 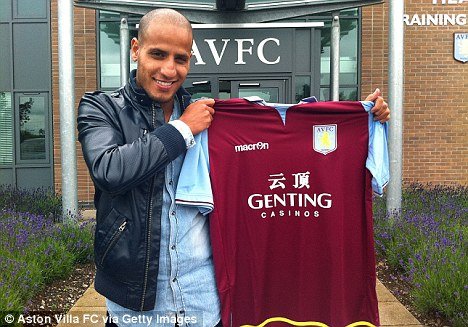 After only a season with Aston Villa where he conceded 10 goals in 5 appearances, Slovenian international Jan Oblak is on his way to Fulham for 250k. 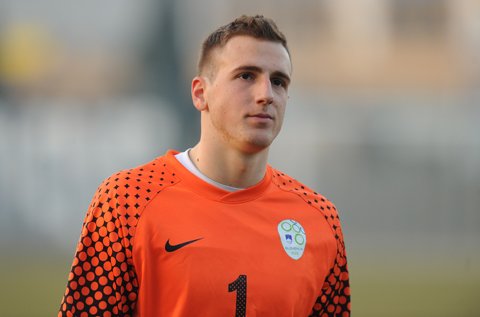 The new players brought in by Beckham are all no more than mere youths, and it is signifying the former United & Madrid man's intention to build a team instead of buy one - perhaps in an attempt to adopt the style of the recently retired Alex Ferguson.

The three youngsters join Aston Villa in a combined fee of just 975k.

Mattia Perrin, the oldest of the trio, comes in as a free transfer from Genoa. The 21-year-old Italian is tipped to be the next Gianluigi Buffon, but it will be solely up to him to ensure he fulfills such a potential. 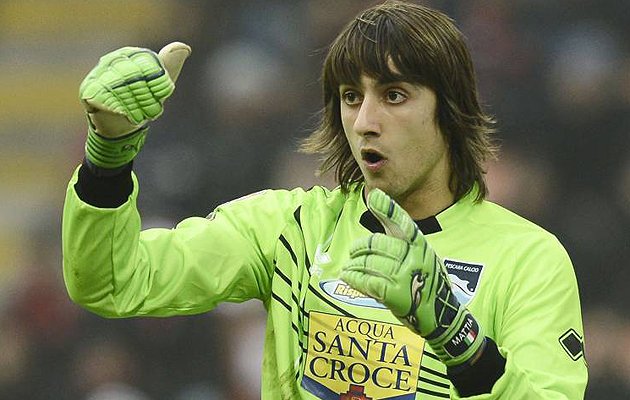 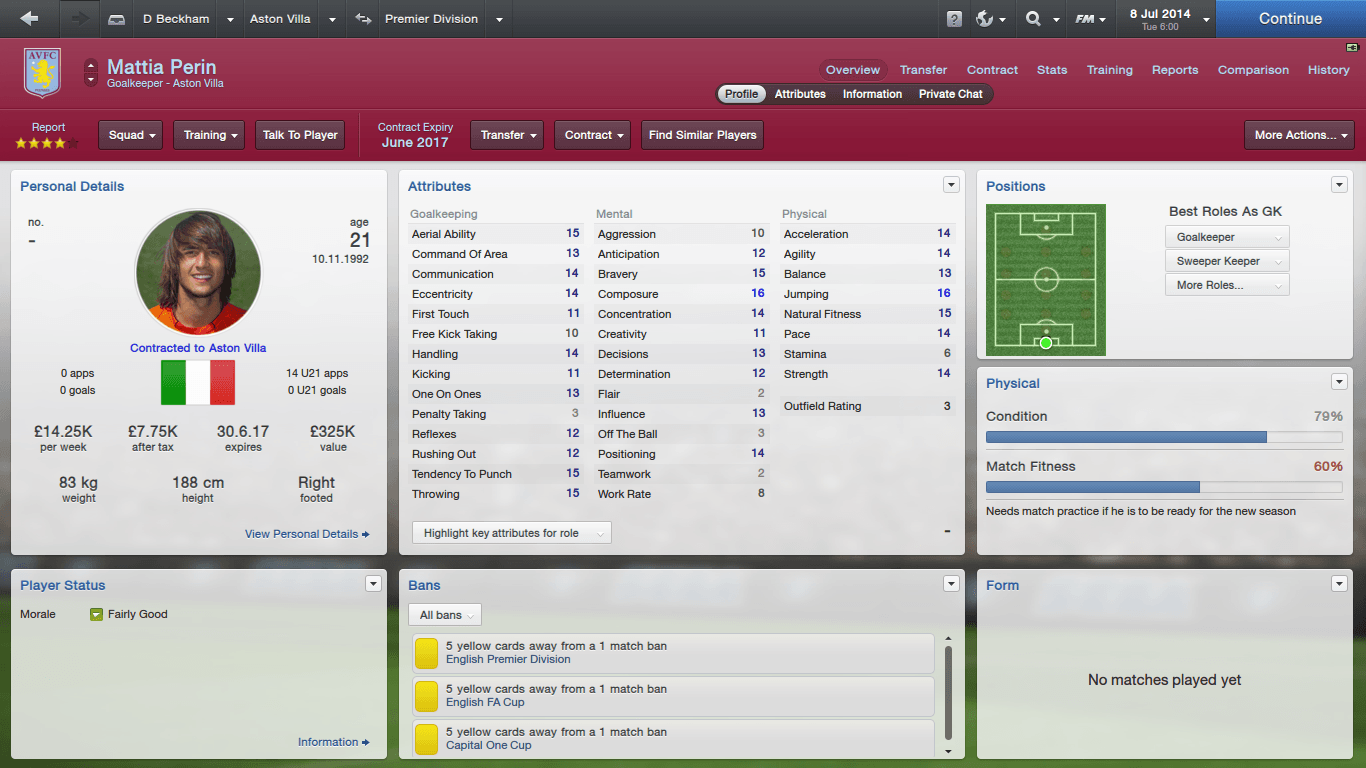 Luis Goncalves joins from Setubal, a club in the Portuguese Second League. Easily one of the best homegrown talent to emerge from Setubal for at least a few years, Villa have now snapped him up on a free transfer. 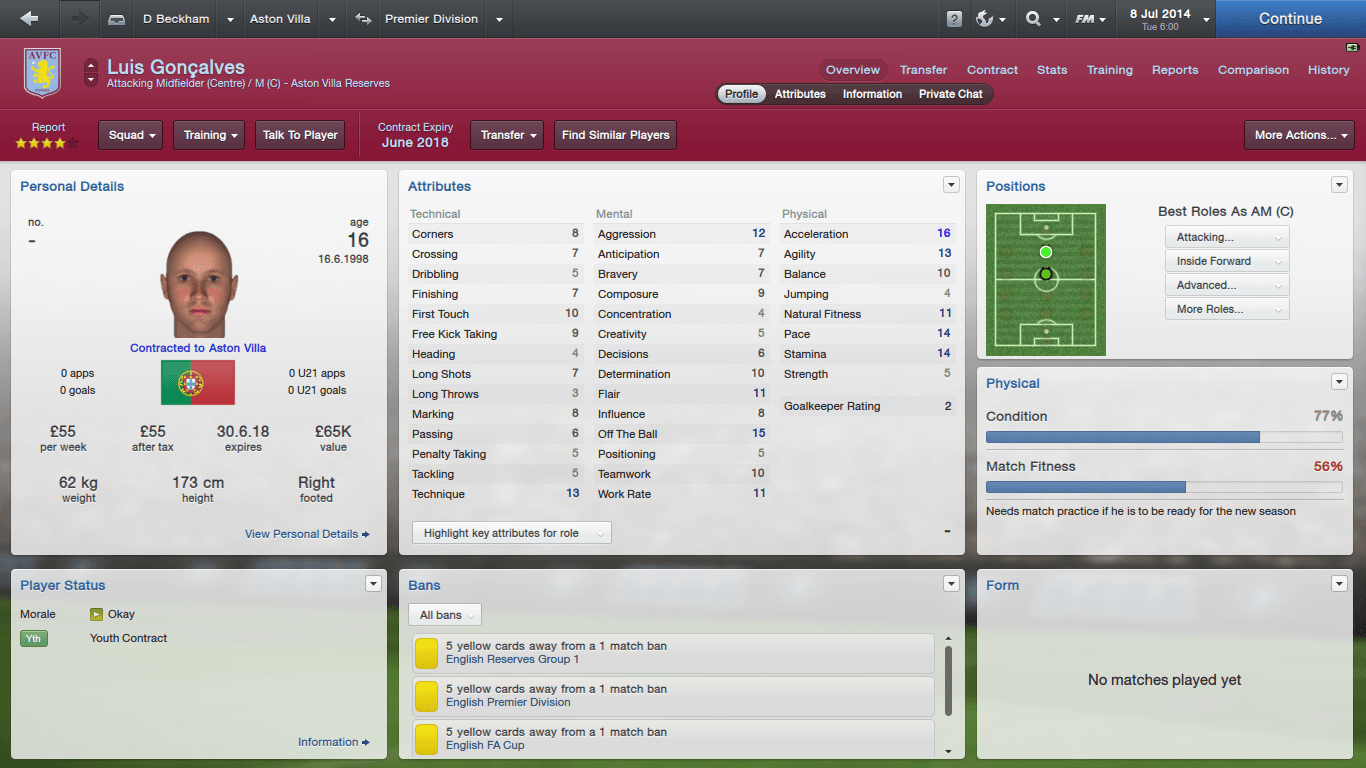 Last but not least, the one that looks the most promising - John Romero. Just 18, and he is already a Colombian international. Joining hometown club Tolima as a young boy, Romero worked his way up the ranks and eventually established himself as a first-team player last season as he made 17 league appearances. The left-back was quickly snapped up, for a fee of just 975k. 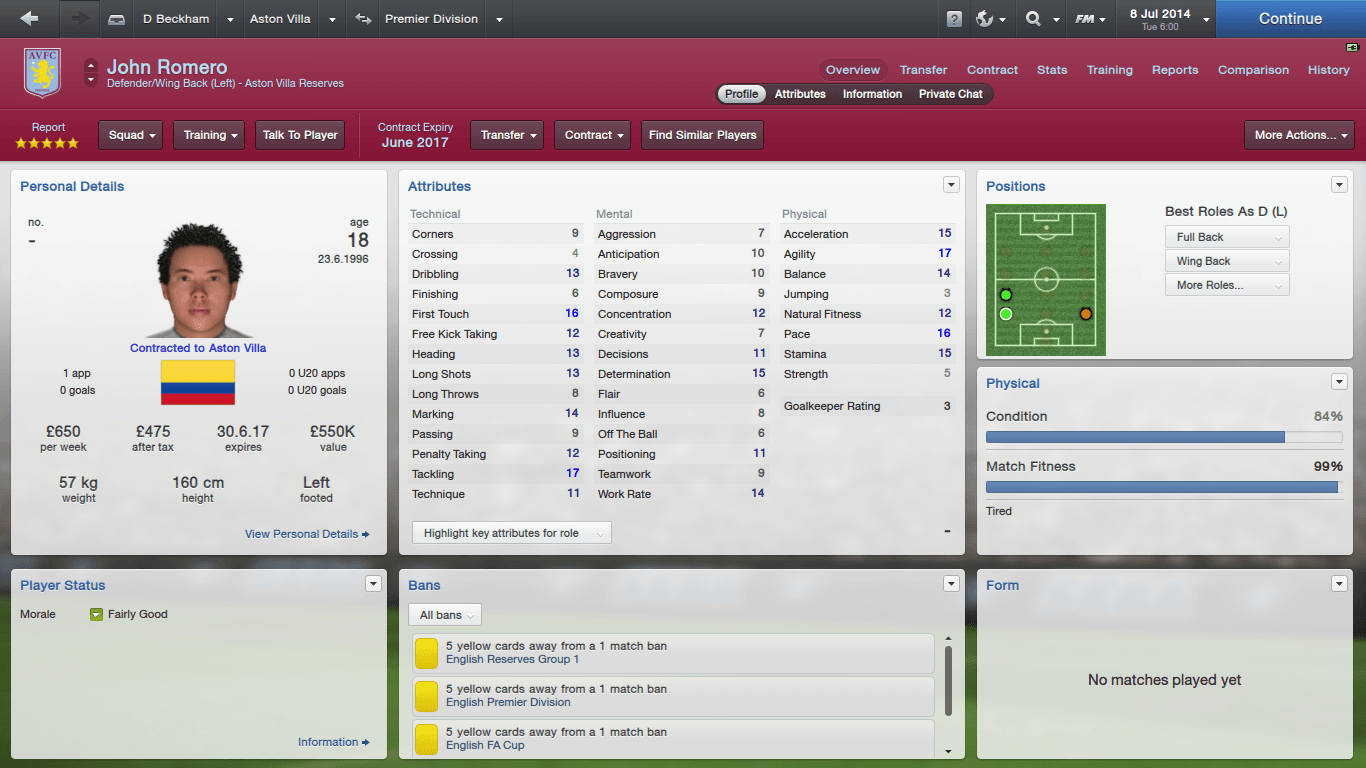 It is indeed a bright future for Aston Villa.

When asked of Perrin, Beckham reveals that the Italian wonder will be a 'backup' for now, while Goncalves will learn his way about the Premier League by making a first step into the Under-18s.

He remained tight-lipped about Romero, though, and this might be a hint that he plans to use the 18-year-old international in the first team this season.

Louis O.
8 years
In a United point of view, it would justify the title 'From Hero to Zero' if you did move.
Login to Quote

Justice
8 years
Some very nice young signings made there, I hope they do well

England have won the World Cup 2014 on Brazil soil, outwitting France 1-0 in the Final courtesy of a goal from Peter Crouch. 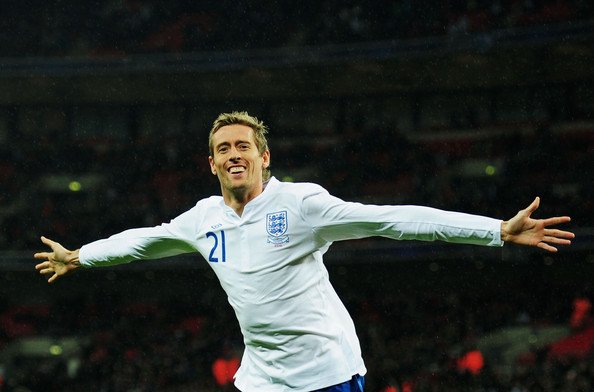 Aston Villa striker Darren Bent played no part in the Final, but was instrumental in getting the national team there despite staying on the bench for the entire 90 minutes at Maracana. 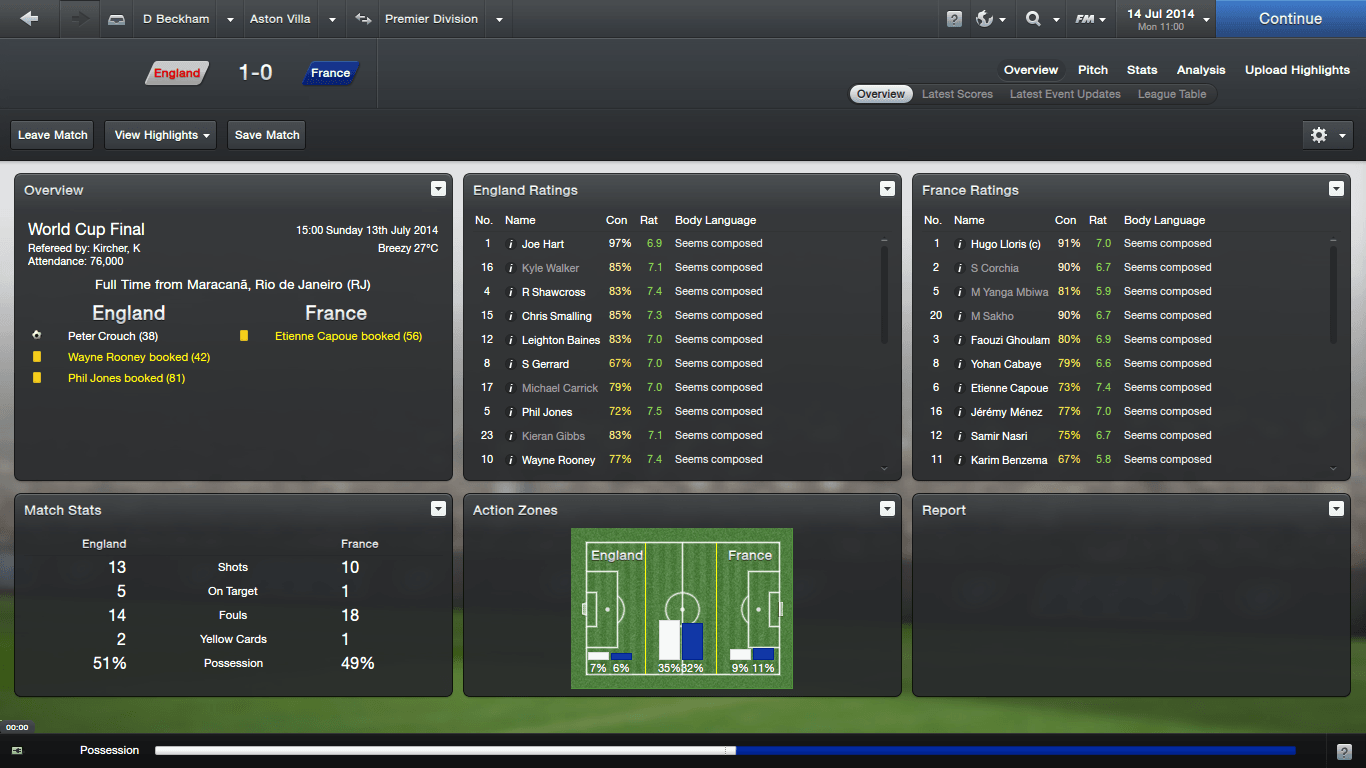 Aston Villa manager David Beckham revealed that he'd travelled to Rio de Janeiro to watch the Final, and was interviewed by Brazilian media after the match.

"Watching your country playing in the World Cup Final," Beckham started. "It's not something that you see everyday! I had to come and watch.

"England played fantastic, and Peter Crouch's goal was incredible. A lot of credit goes to Roy Hodgson and the England players.

"We've brought the World Cup home, since 1966. It is a good time to be an Englishman right now."
Login to Quote 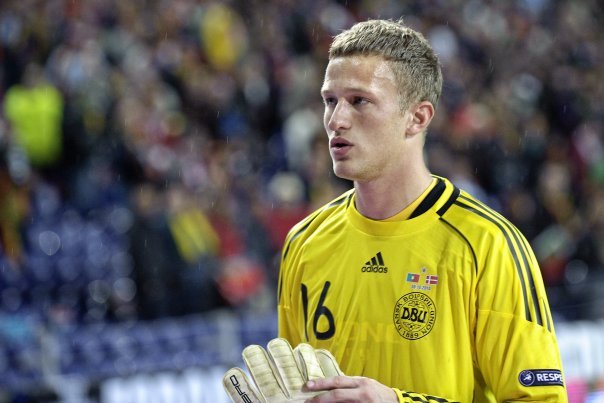 Aston Villa goalkeeper Brad Guzan is now officially a West Ham player for 2.5 million, while his replacement, United goalie and Denmark international Anders Lindegaard, has arrived at Aston Villa for a fee of 5.5 million. 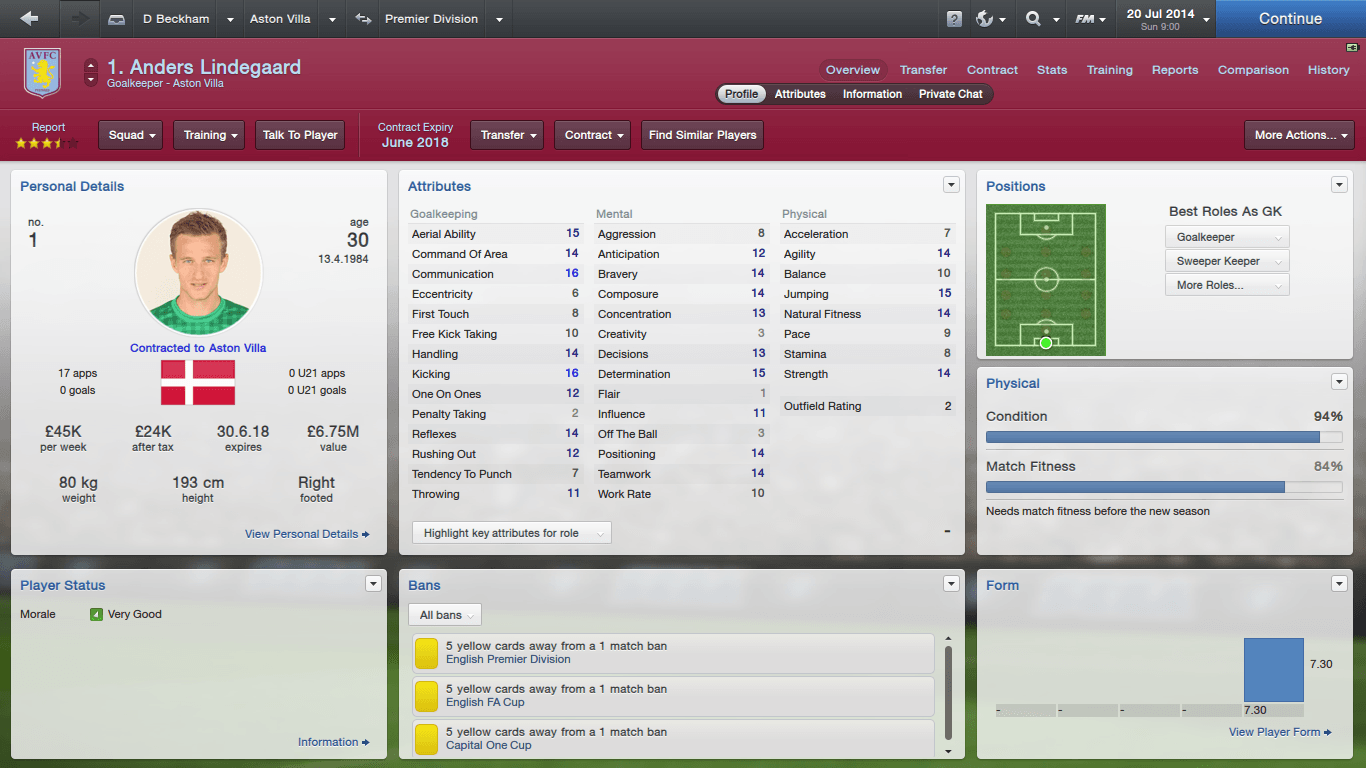 David Beckham is understood to have been frustrated with Guzan's goalkeeping skills since his first season in charge of the Villans and has taken the opportunity to off-load the American international. 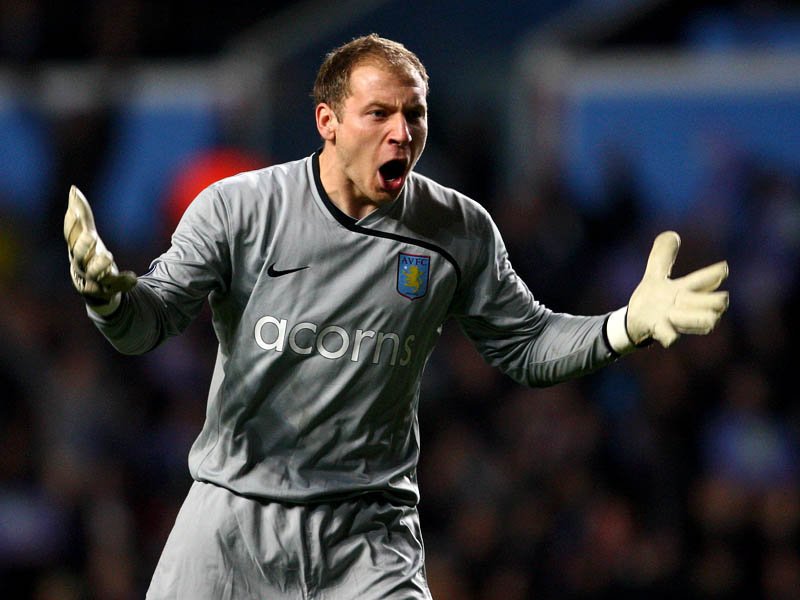 A quote from Beckham quickly made famous after being said, after Aston Villa lost 1-0 to Newcastle in last season's FA Cup Semi-Final: "Is Brad (Guzan) a Newcastle player in disguise? I think so."

Guzan has also revealed that he was happy to finally be "rid of David Beckham", whom he claims "did not respect him".
Login to Quote

Seni
8 years
great deal there, finally you have a decent keeper
Login to Quote

Jer
8 years • Edited
YOU didn't respect Beckham!! There is a reason why he sold you!
Login to Quote 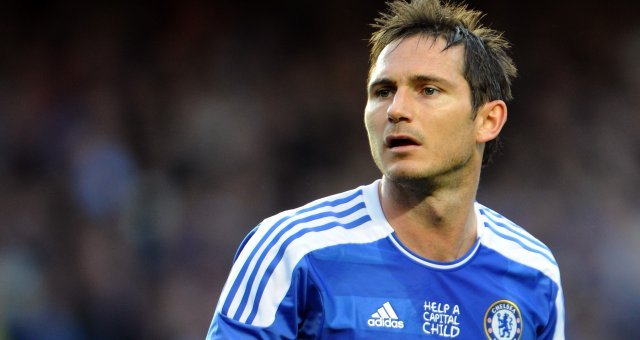 The 36-year-old joined Schalke and impressed for the Germans last season but has returned to England after just one season in the Bundesliga. 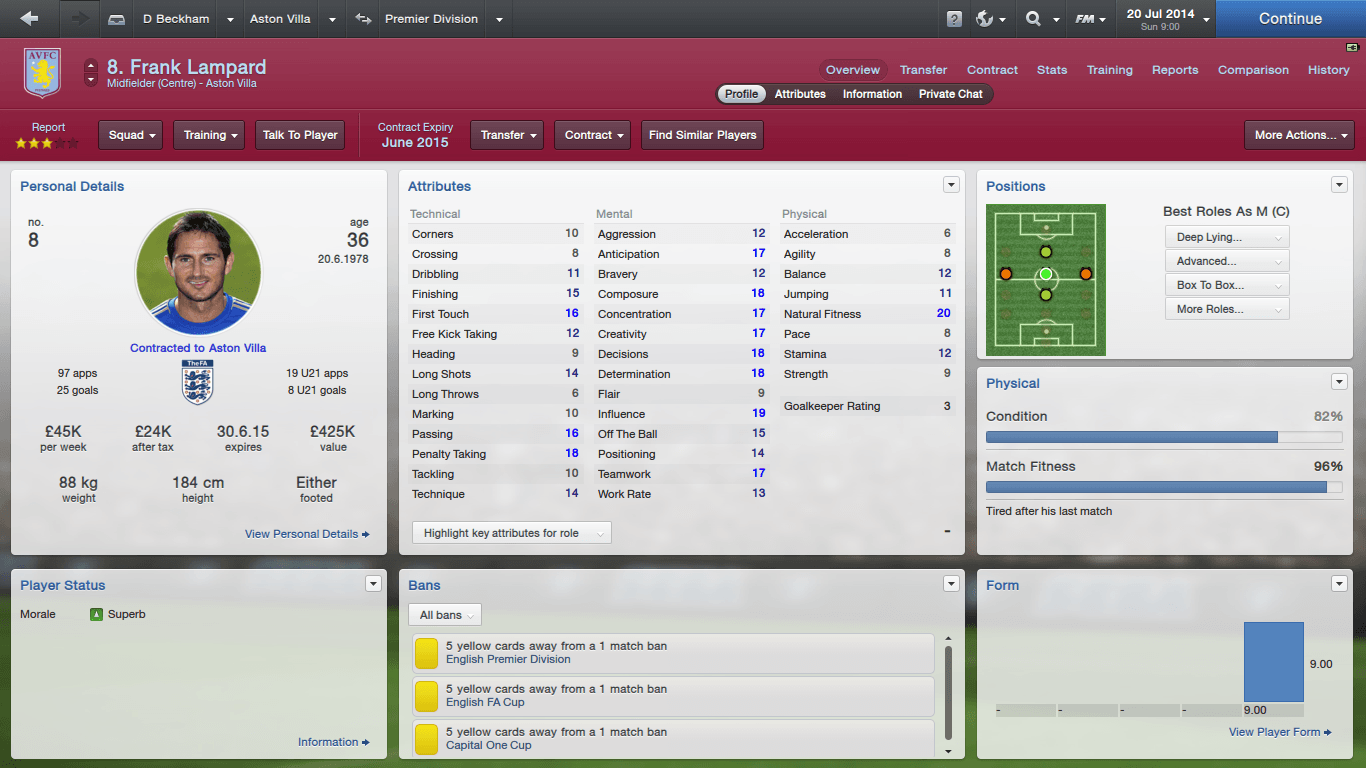 Lampard spent more than ten years, the majority of his playing career, at Chelsea and is regarded as a legend at Stamford Bridge for obvious reasons.

Despite already being in his late 30s, Lampard has proven he still has the skill, as shown when he shone in the Bundesliga with Schalke last season, scoring 3 and providing 9 assists.

"I am very happy to be here," said Lampard. "I know David personally and it'll be interesting having him as a manager than a teammate for once. The project he's trying to build here at Aston Villa is one I'm very keen in."

The former England international will earn wages of around 45,000 per week at Villa Park.

Aside from that, Joe Bennett has also departed the club for Southampton, with the Saints coughing up a sum of 5 million. 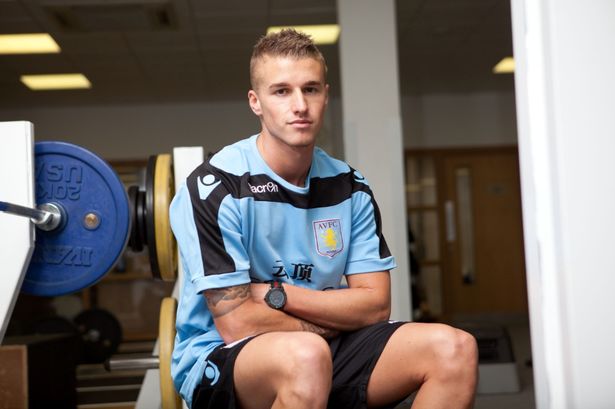 The former Middlesbrough full-back was brought into Villa in the summer of 2012 but failed to establish a regular first-team place in the side.
Login to Quote 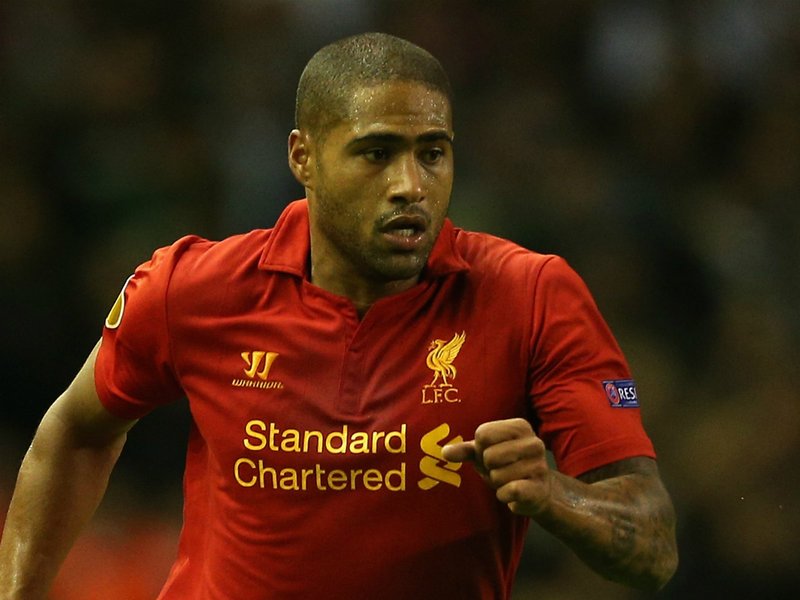 Liverpool full-back Glen Johnson has agreed to join fellow Premier League club Aston Villa on loan until the end of the season. 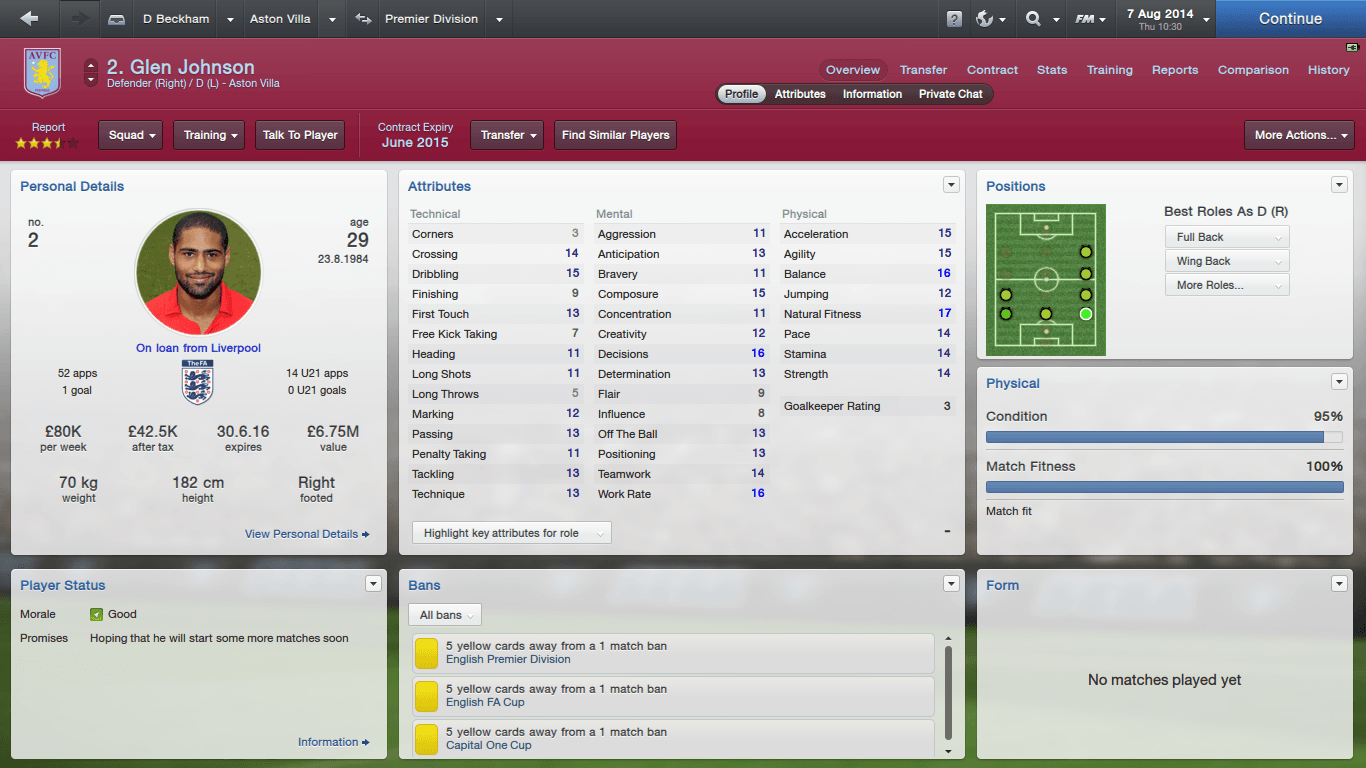 The England international, part of the England squad that won the World Cup two months ago, is not favored by Reds manager Manuel Pellegrini.

It is believed both the manager, David Beckham and Johnson were keen on the 29-year-old having a permanent contract at Villa, but reportedly, Johnson's asking wages were too high.

Nevertheless, Beckham has said that he is delighted a player of Johnson's caliber has agreed to join the club.

"Glen is an England international and he won the World Cup just months ago. His experience will help us a lot and this could very well be the signing that can help us move into contention for Europe."

With the arrival of Johnson, Matthew Lowton has joined Scottish champions Celtic for a fee of 3 million. 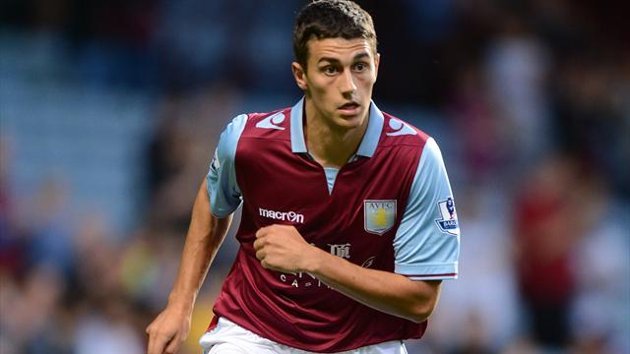 The 25-year-old joined from Sheffield United in the summer of 2012 and looked set to be a first-team regular at Villa Park after making 30 league appearances last season.

However, fate has took a turn and he will now turn out in the Scottish Premier League for the Bhoys.
Login to Quote

It was a great pre-season for David Beckham and Aston Villa, with the Lions winning all their matches, and Becks will be hoping to take their pre-season form into the new season. New signings and promising youth players were included in the squad for the pre-season, and they all impressed - another plus point. 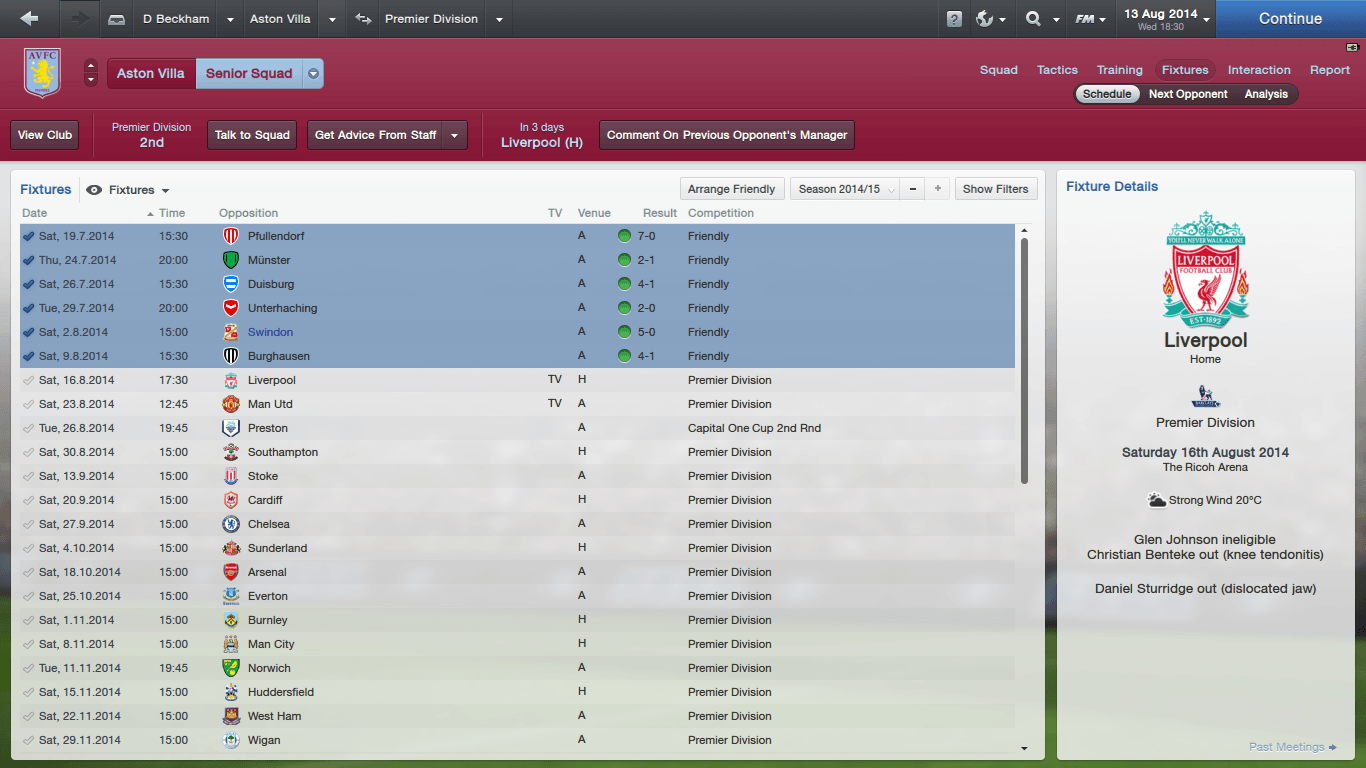