David Beckham spent little in this window, yet managed to get what he needed. 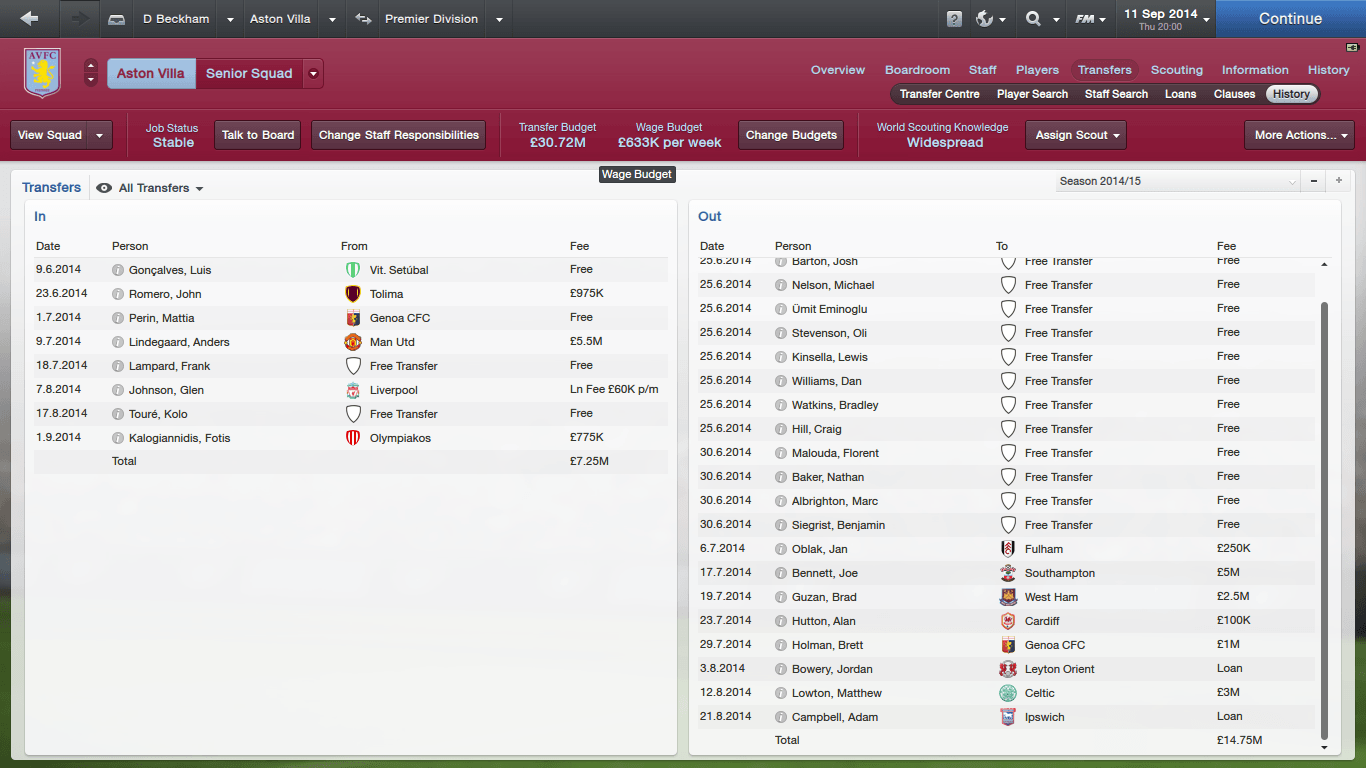 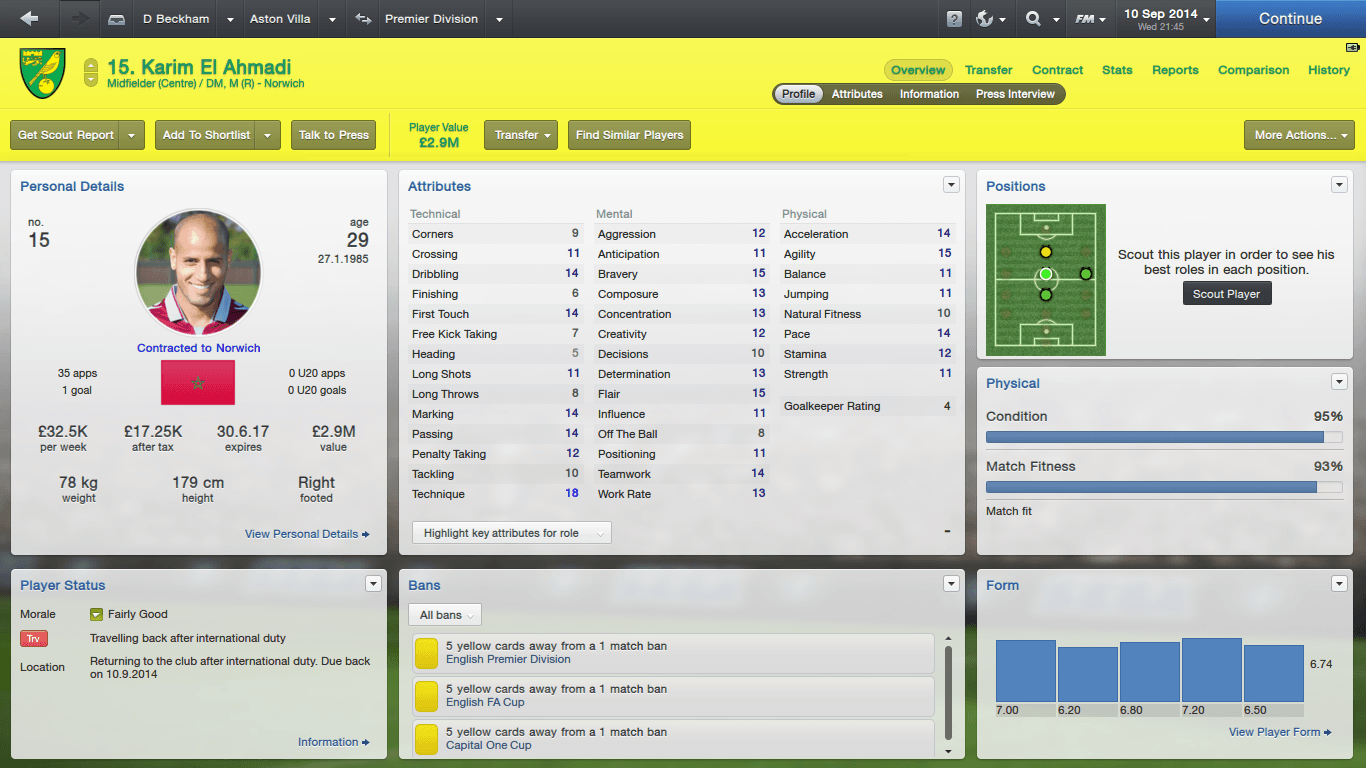 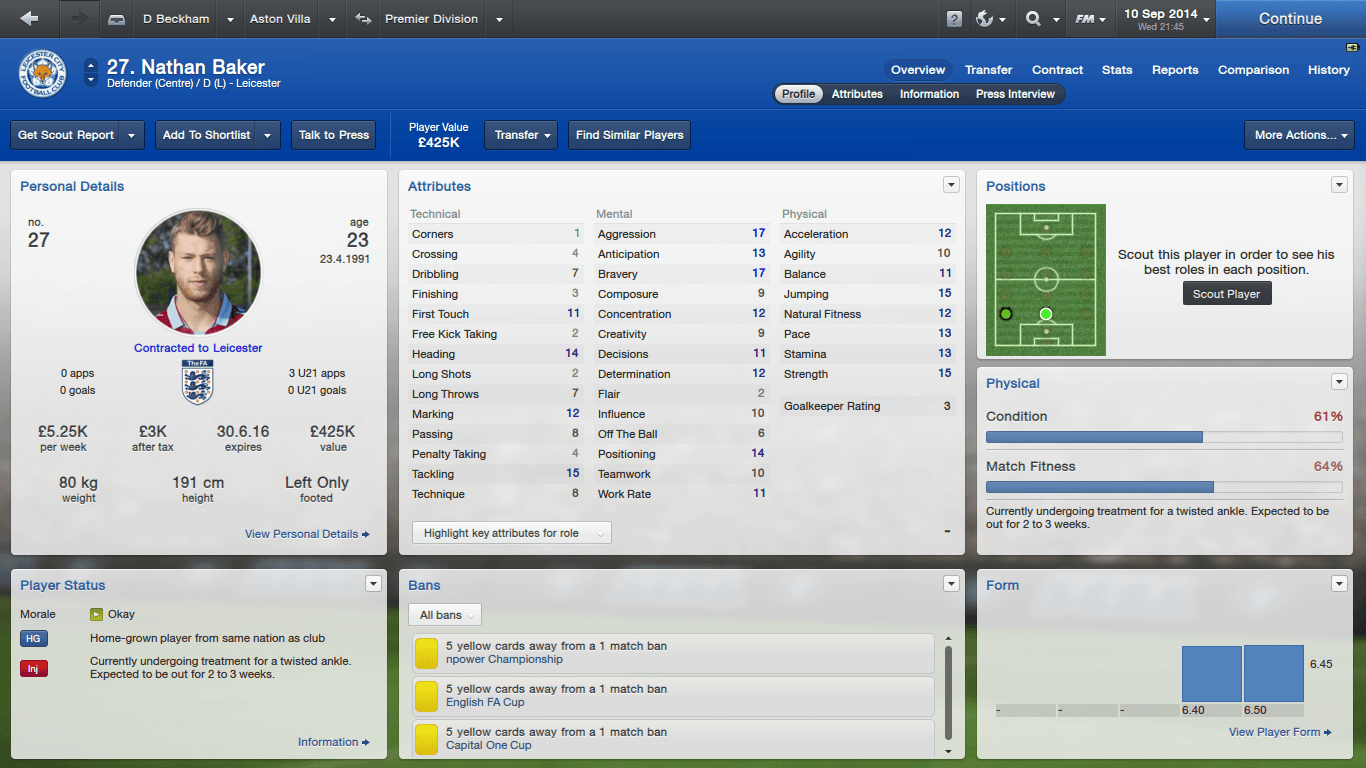 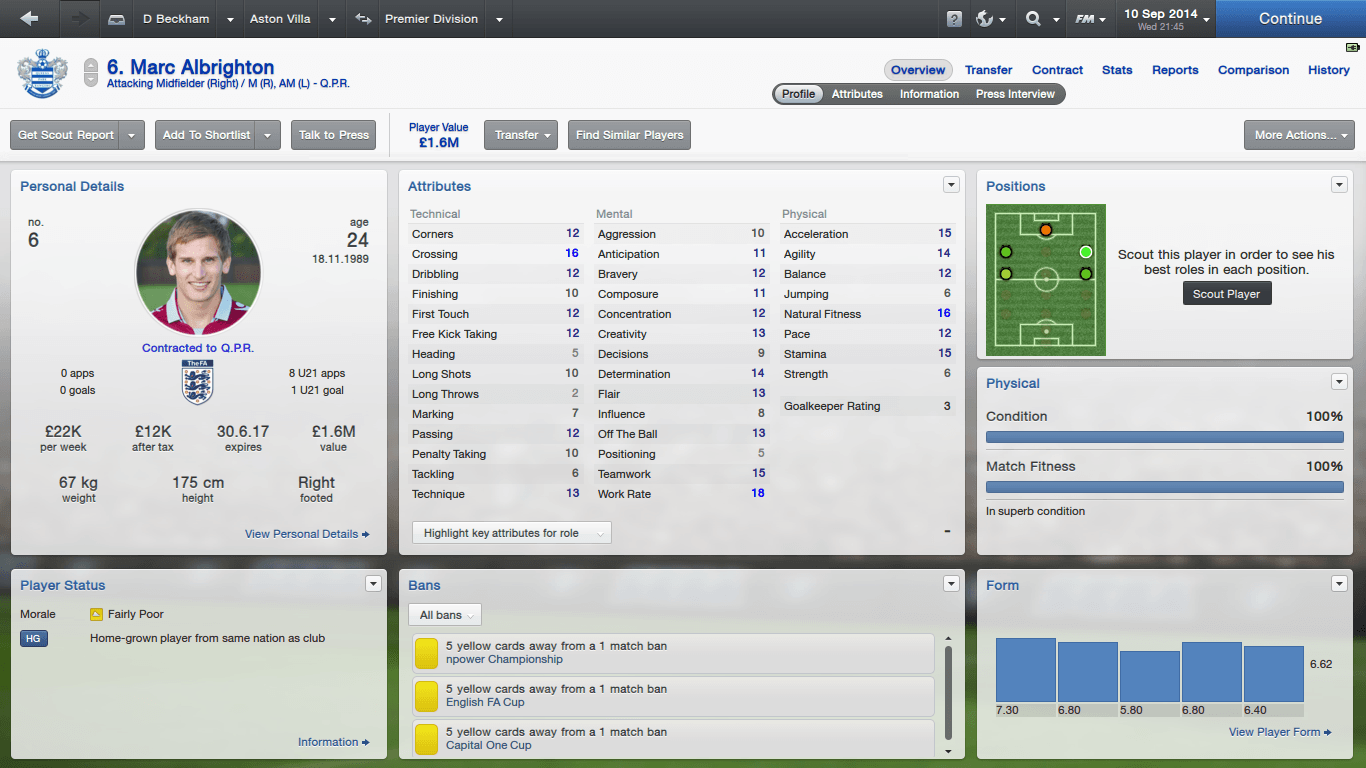 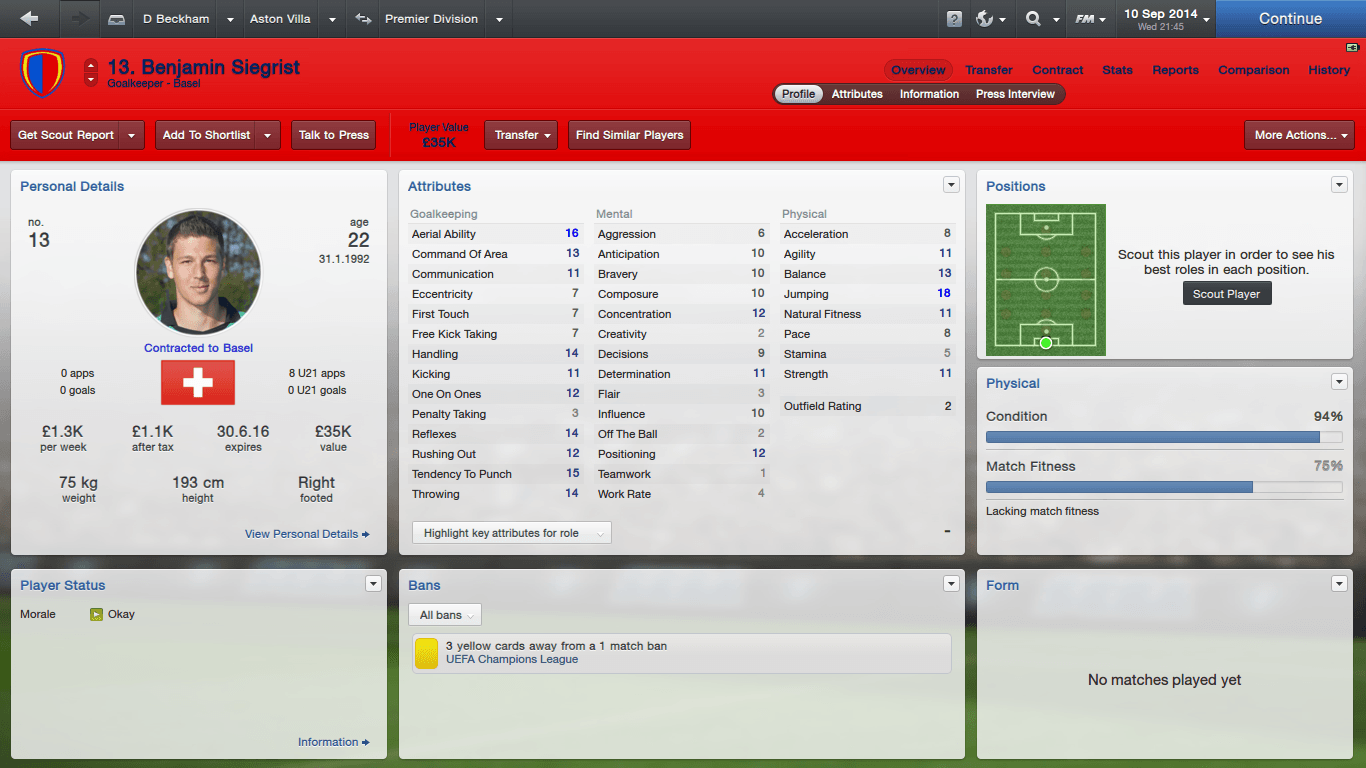 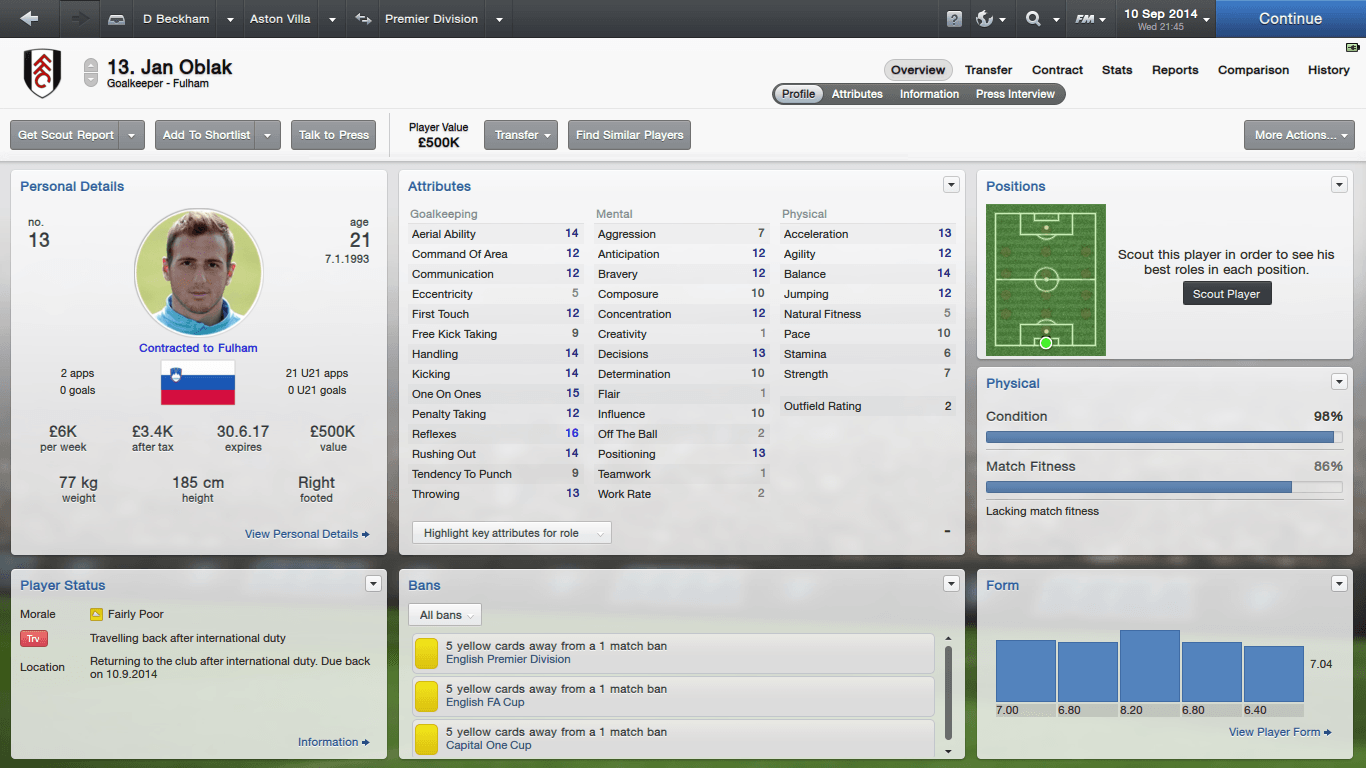 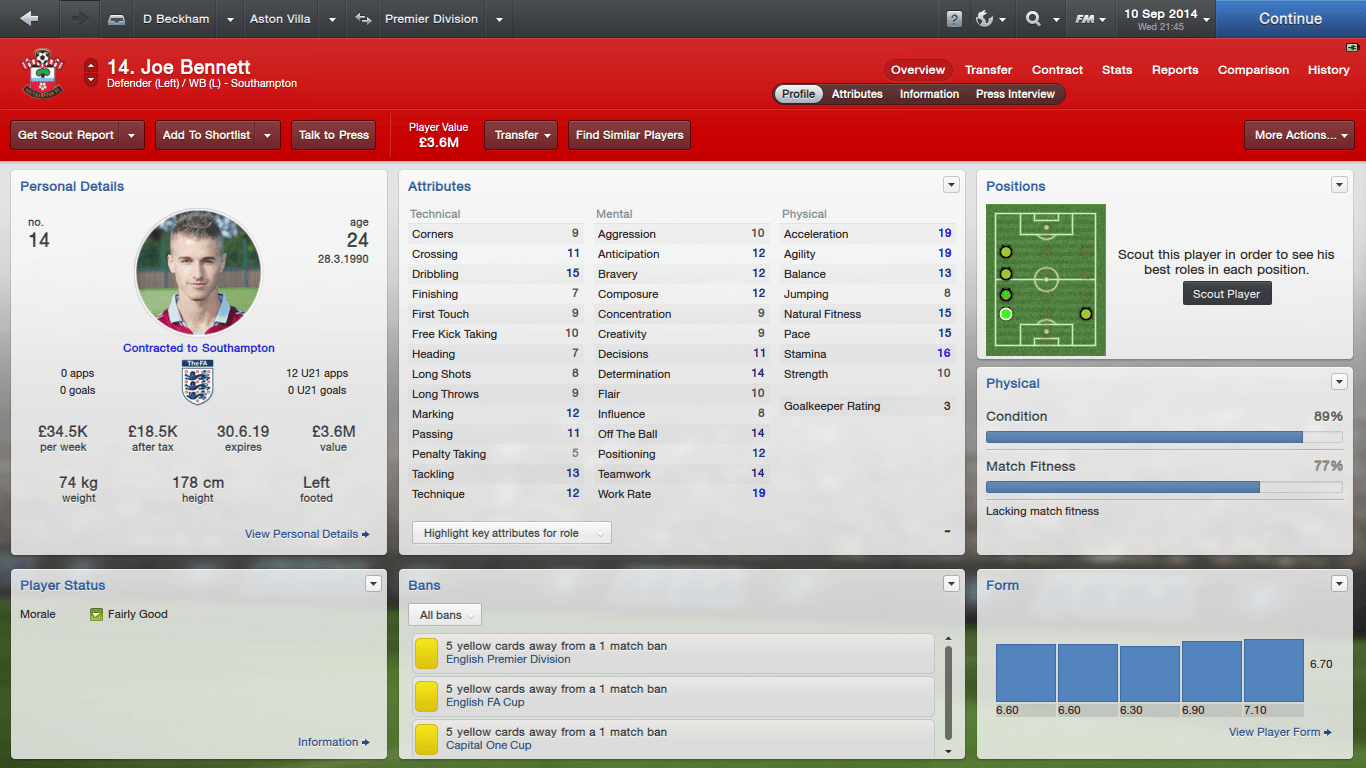 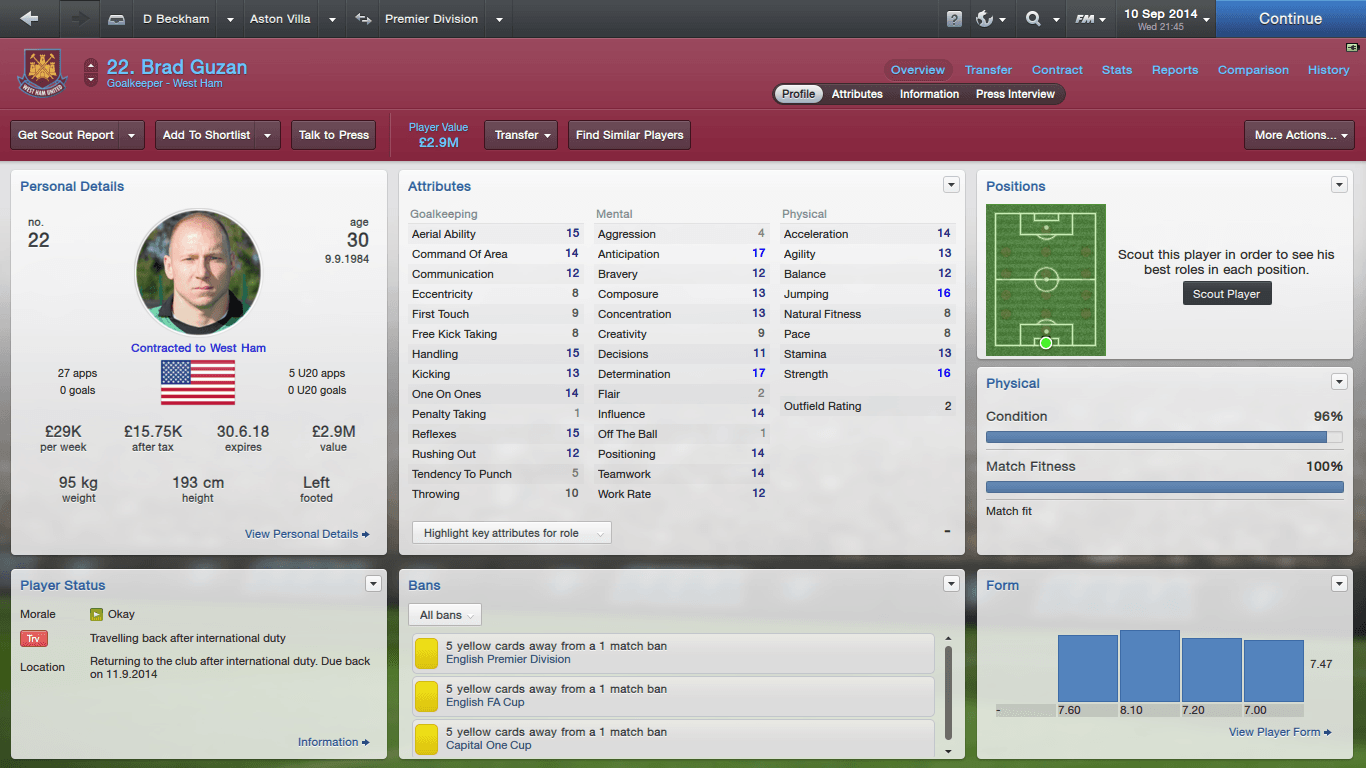 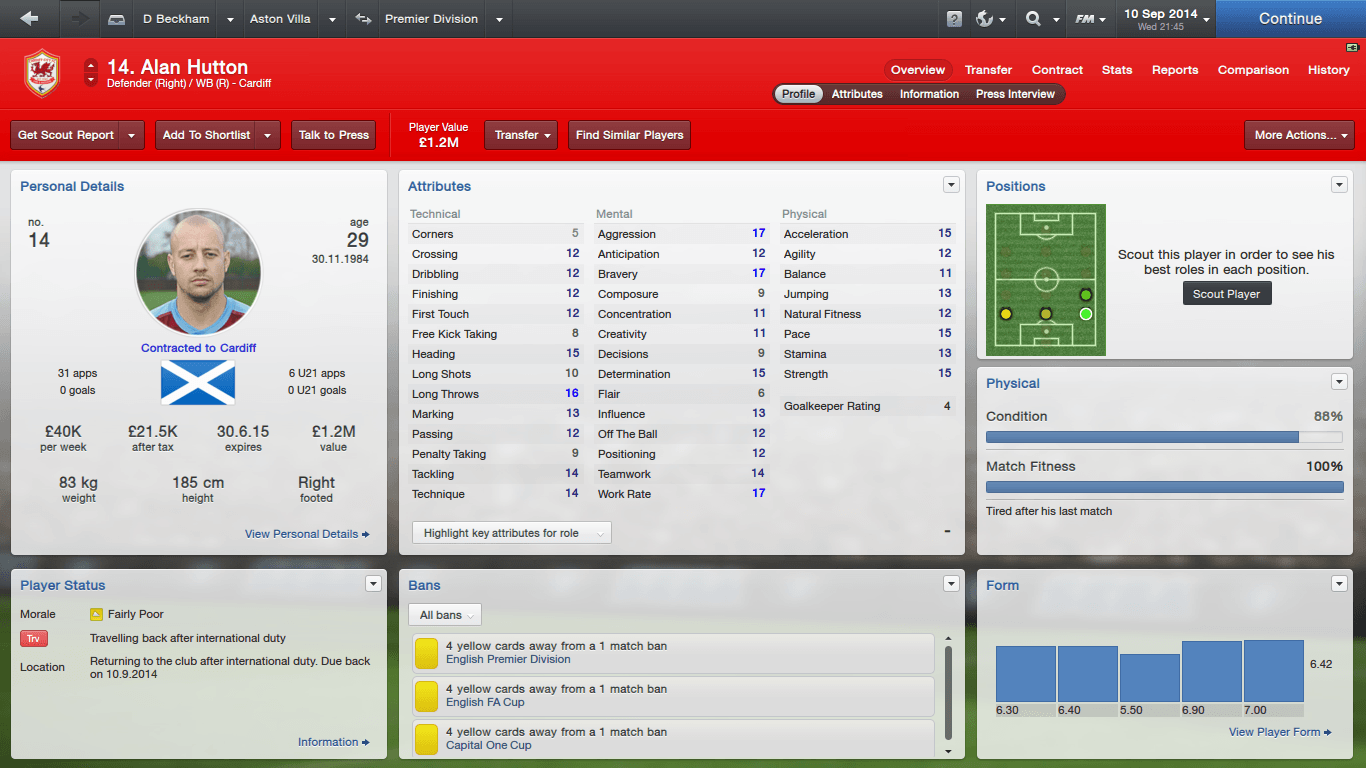 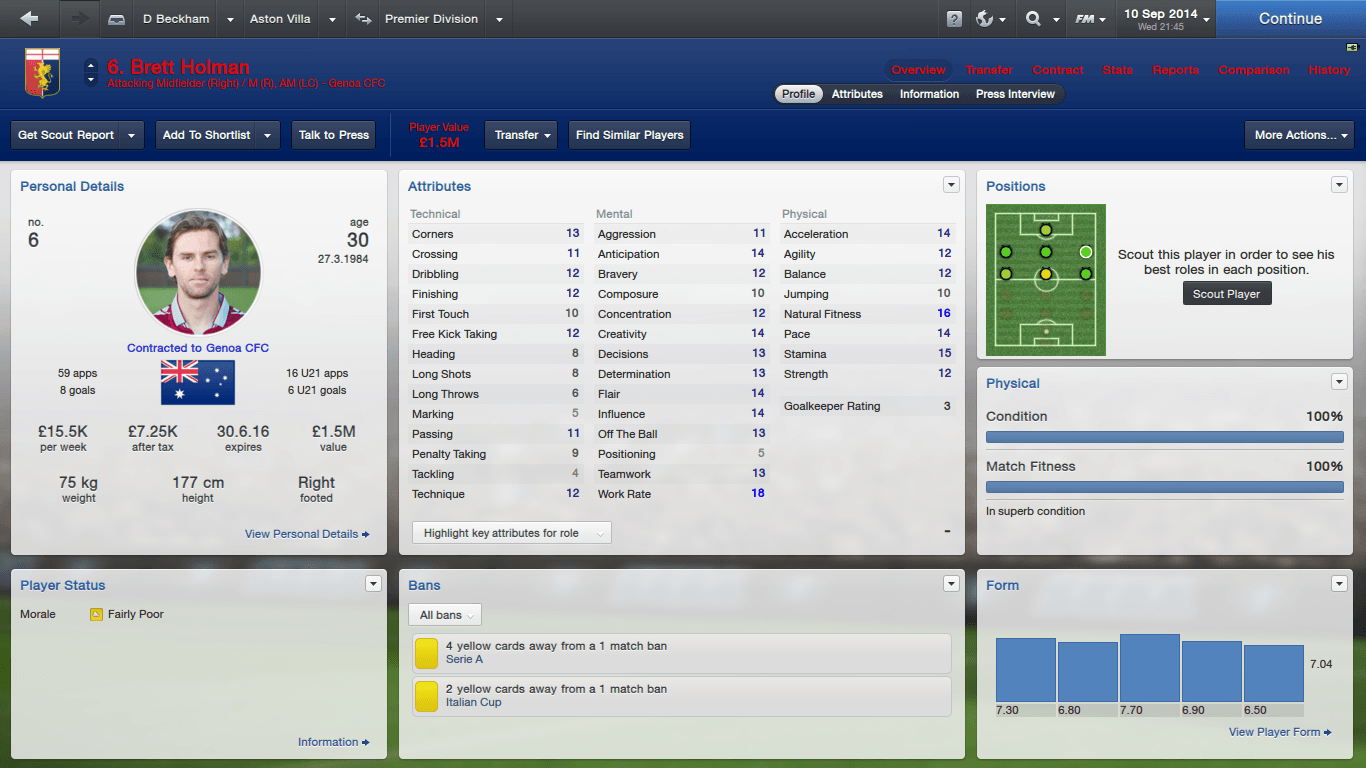 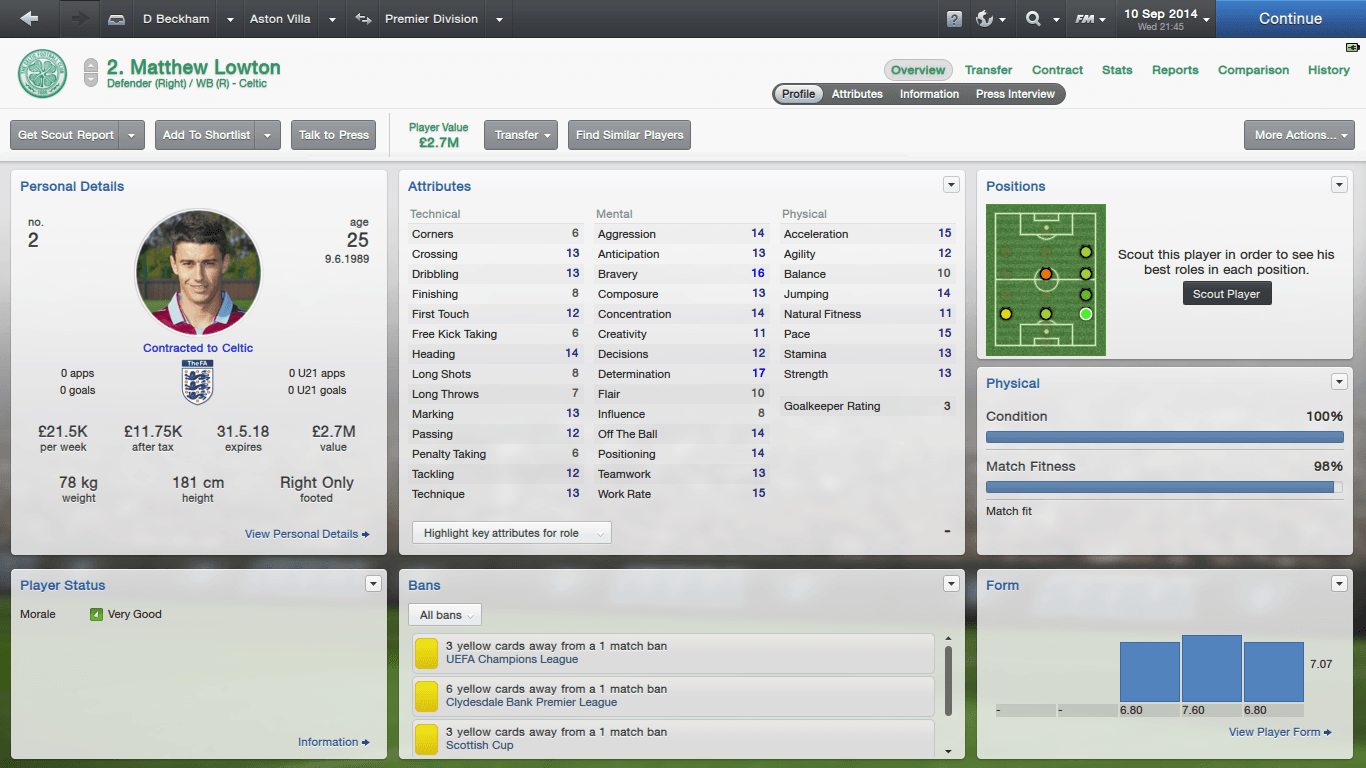 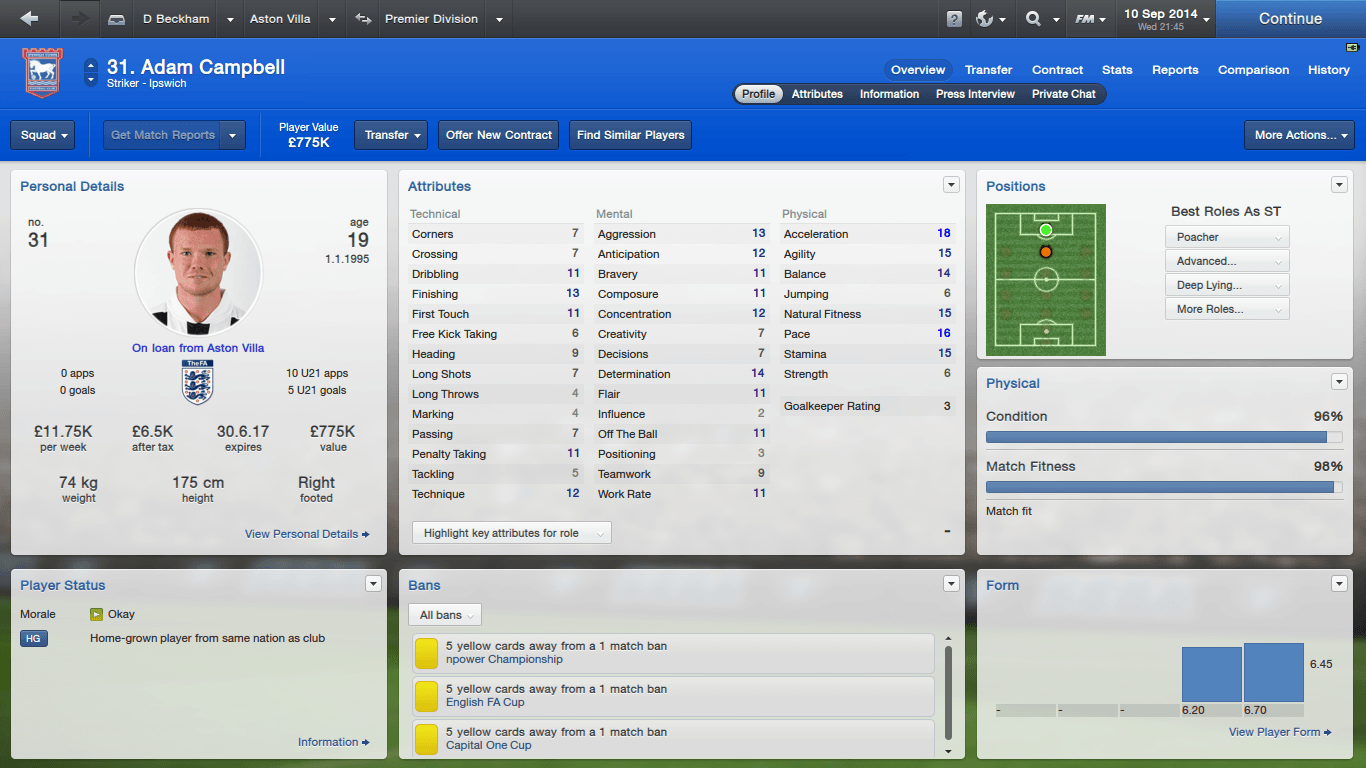 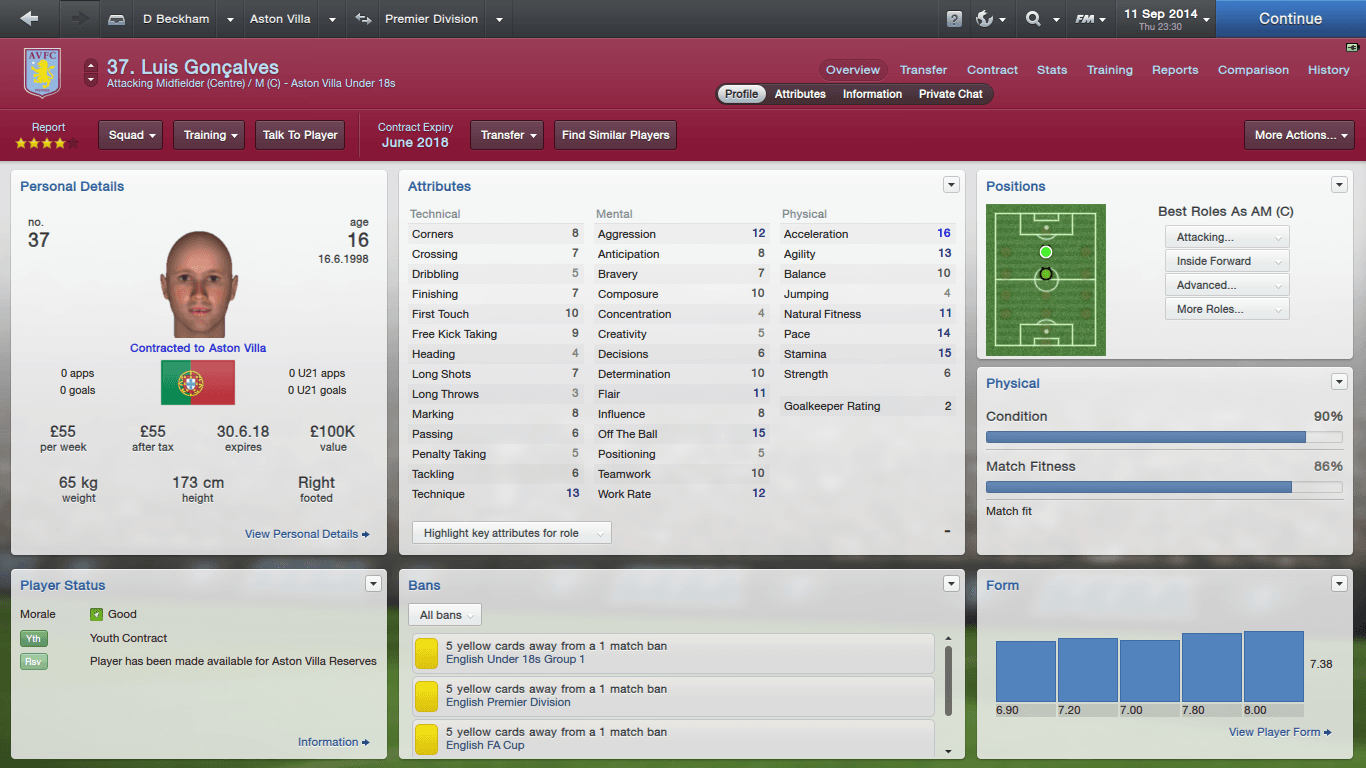 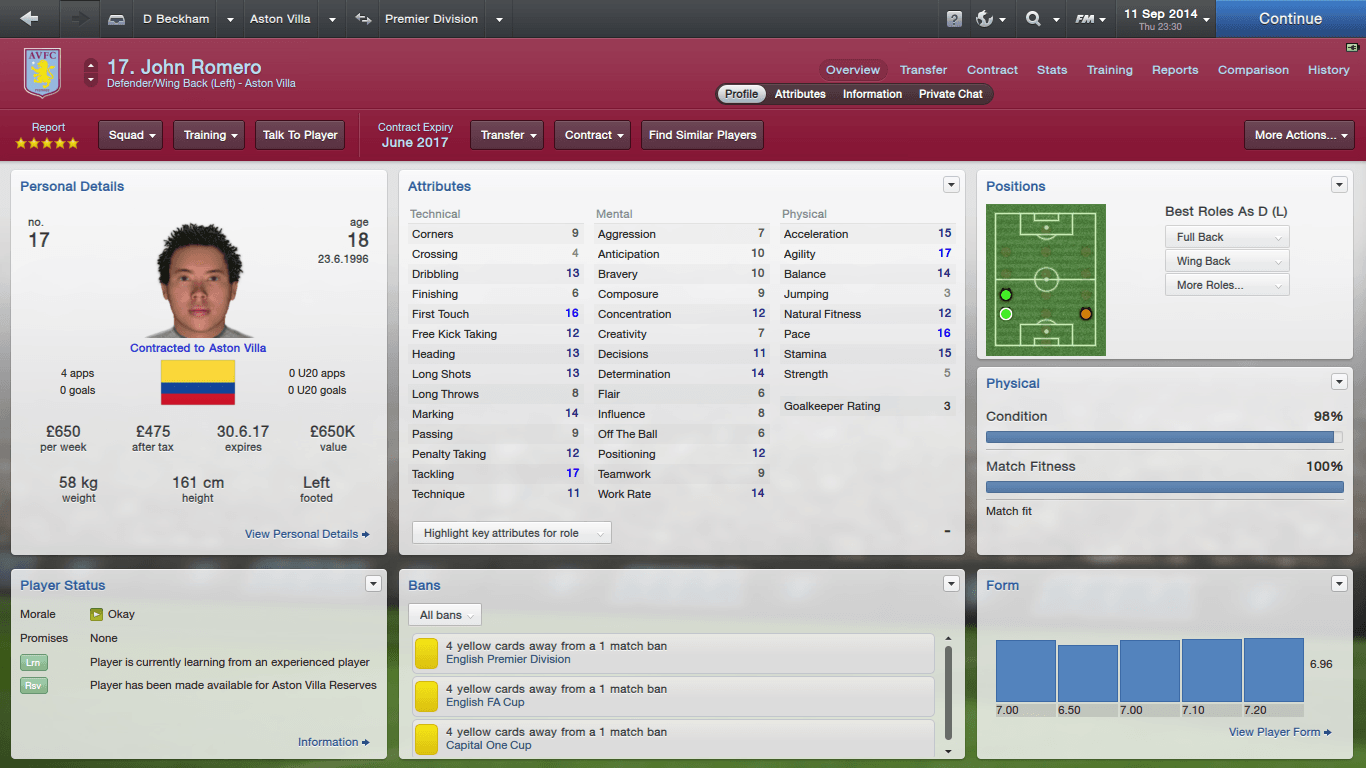 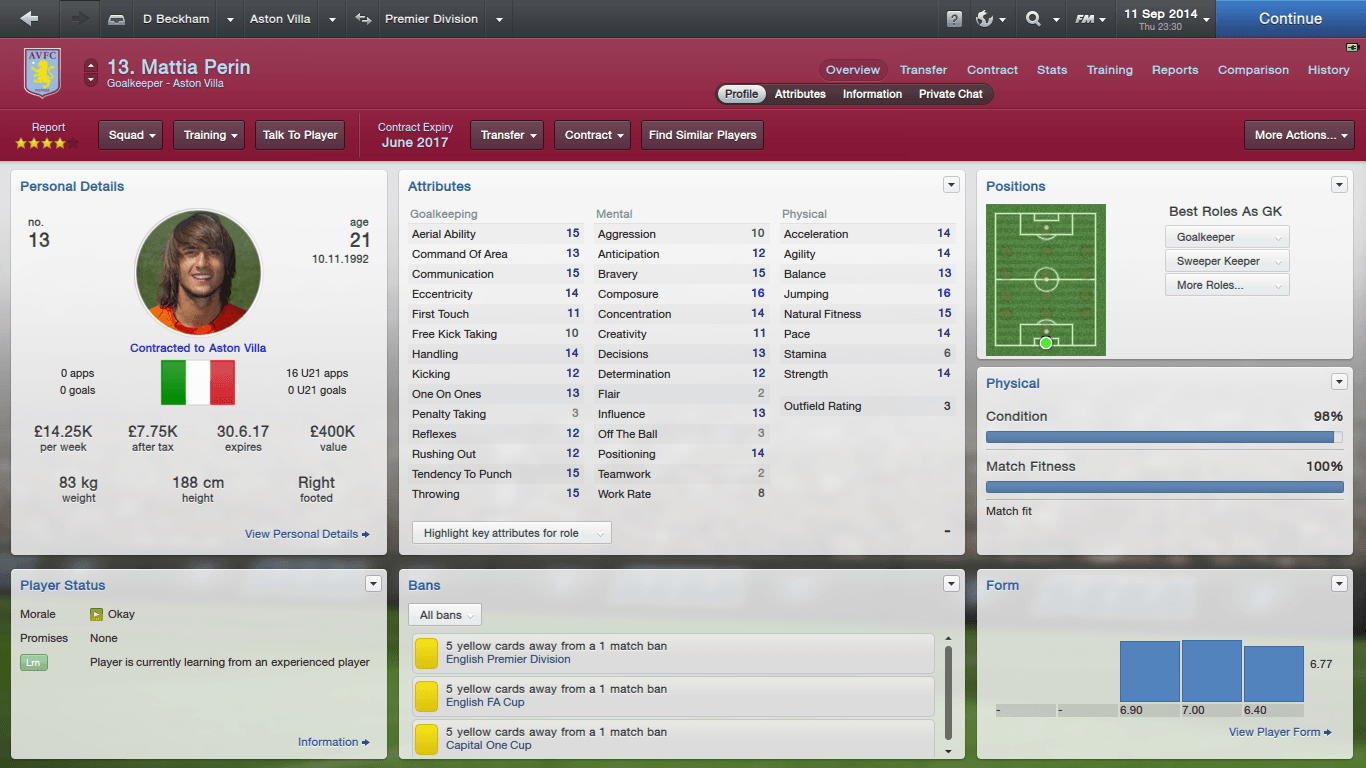 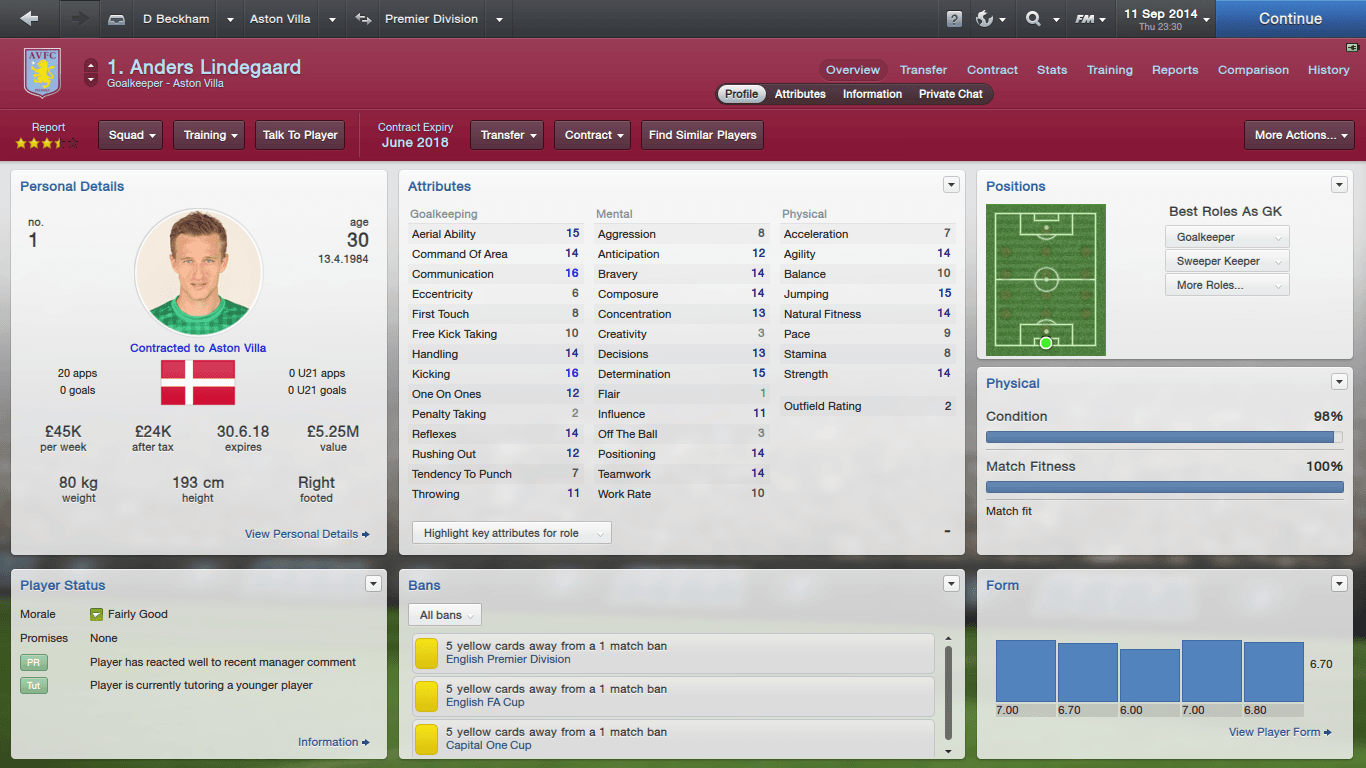 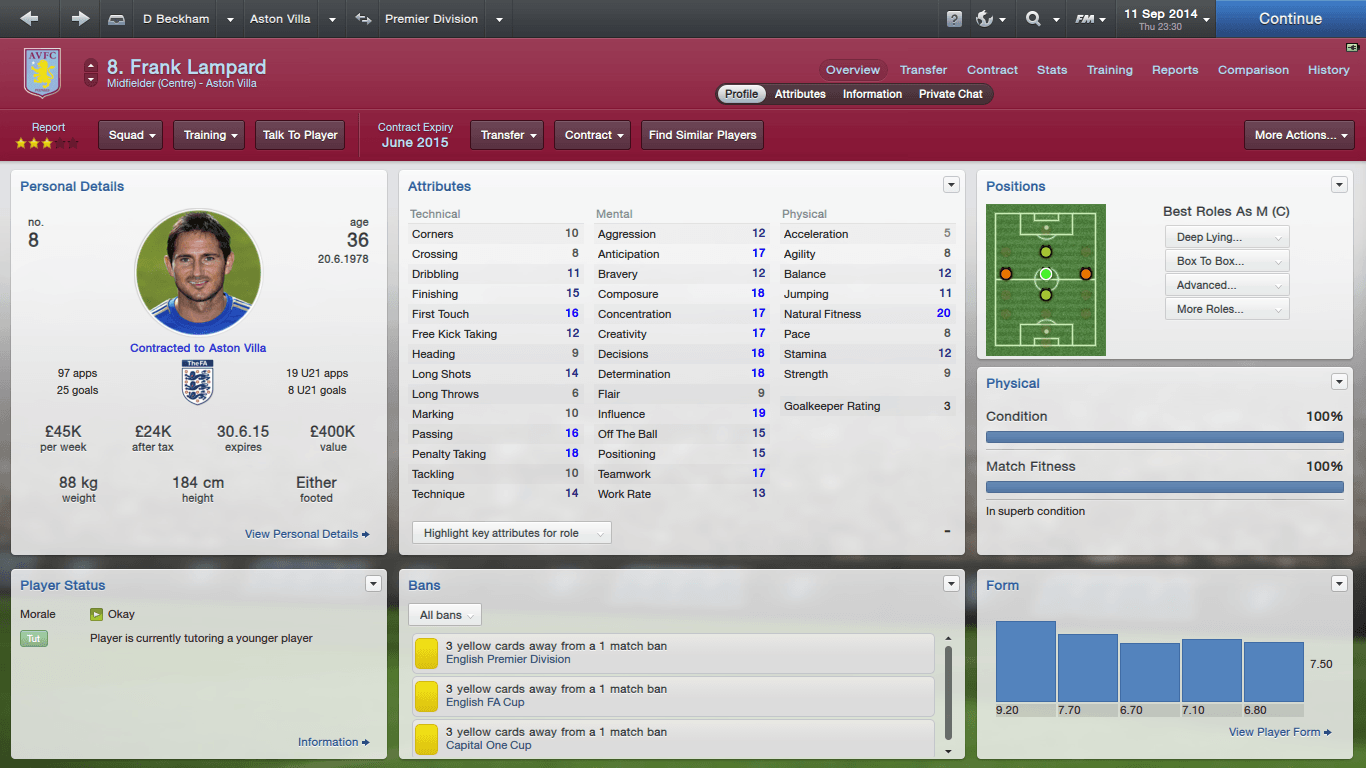 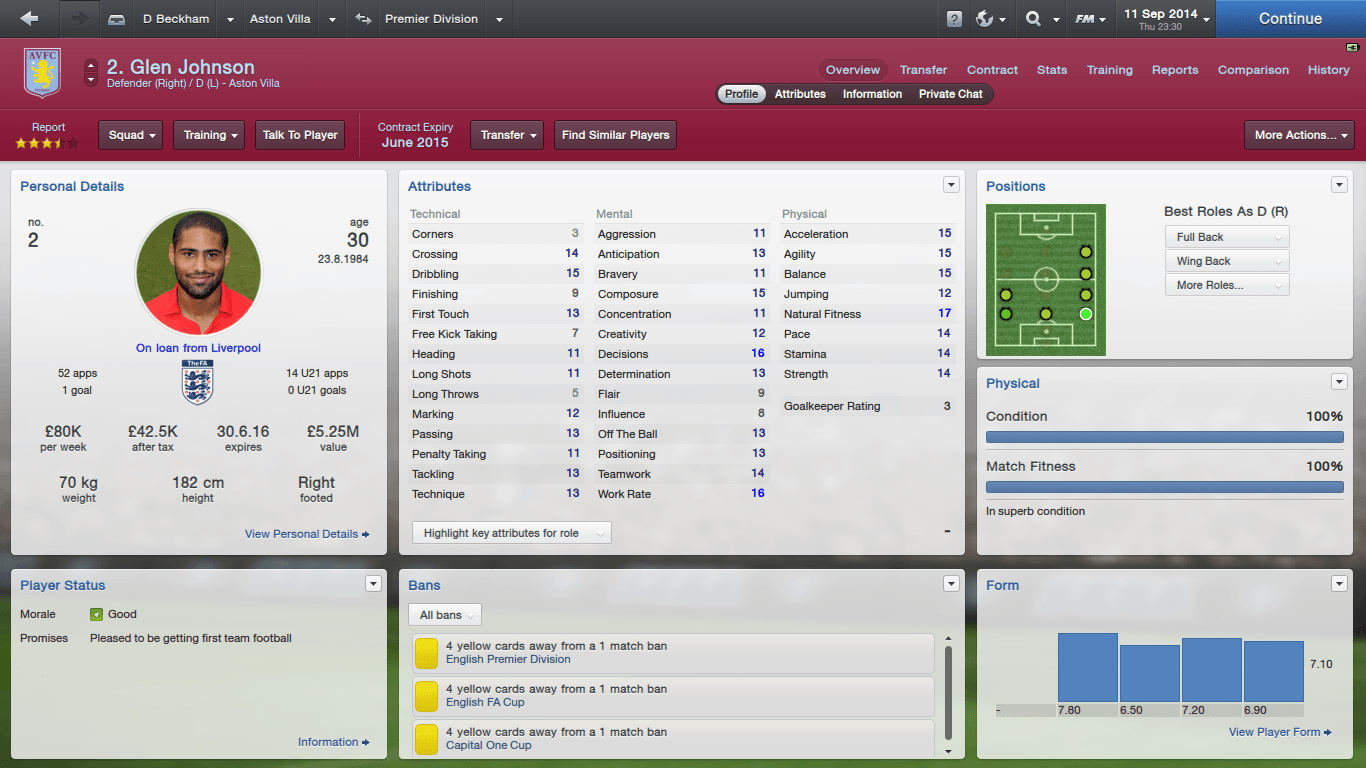 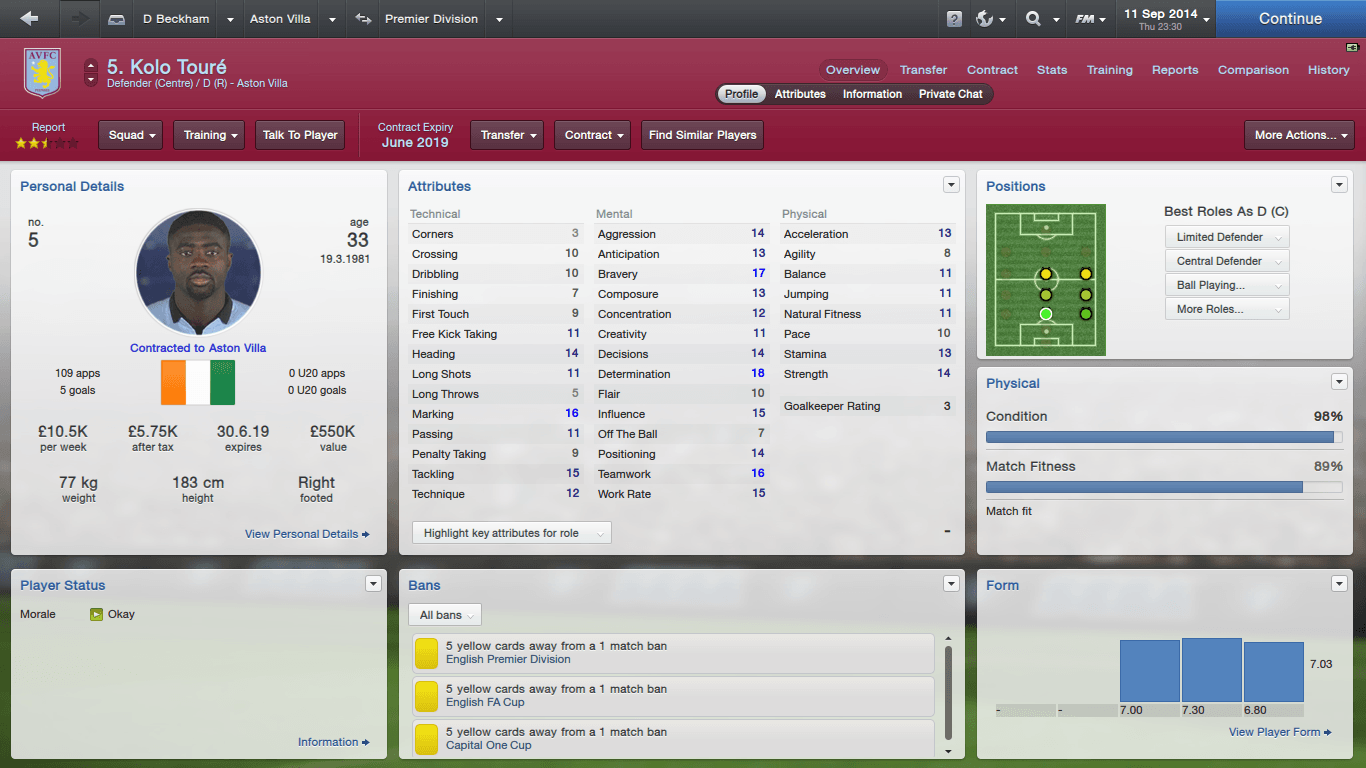 Aston Villa have submitted their squad list for the Premier League 2014/15.

Aston Villa striker Mattia Destro has revealed that he is unhappy with life at Villa Park. The 23-year-old Italian has admitted that his reasons were "connected to not being played enough". Destro has made only 12 appearances, scoring 6 goals, in the Premier League after joining Aston Villa from Genoa on a free transfer last year. Not a bad tally, but star striker Darren Bent has kept him out of the first team.

Destro though admits that Bent is "a lot better" but that he is willing to be "Bent's understudy until the next few seasons". However, that role was taken up by Javier Hernandez last season, and this season, looks set to be taken by Belgian Christian Benteke, who has returned on loan from Tottenham Hotspur where he impressively scored 8 goals in 14 appearances.

"Things have been slow for me at Villa.

"I am not playing and as a result, I don't think I'll be able to develop more as a footballer here. Aston Villa are a great club, but if I'm not playing, I'm out of here.

"Darren (Bent) is a fantastic striker but there are too many strikers in the squad and I can't even make second-choice. I'm unhappy about that because I really want to make it to the national team in Italy, and to do that you have to play."
Login to Quote

VellaMagic
8 years
Some incredible signings to Villa! Lampard especially, even if it was on a free!
1
Login to Quote

Hortensius
8 years
good signings and its looking like your building a top young squad which should do well this season, what are your aims for the season? on the destro front i had the same problem, bent is just a goal machine.
1
Login to Quote

It isn't a bad signing just because it's free


2013-03-11 21:56#84241 Hortensius : good signings and its looking like your building a top young squad which should do well this season, what are your aims for the season? on the destro front i had the same problem, bent is just a goal machine.

You played as Aston Villa too, then?
Login to Quote

Incredible, but hopefully they do well.

Europa maybe. Our start to the season is shite

September: Drawing One too Many

Aston Villa have drawn their last three Premier League games, adding to their tally of 4 draws and 2 losses in 6 games played this season. Still without a win, David Beckham will be hoping to revive his side and see them regain the form that saw them shoot from relegation contenders to European qualification contenders last season. On the bright side, Villa beat their fierce rivals West Bromwich to advance to the next round of the Capital One Cup. 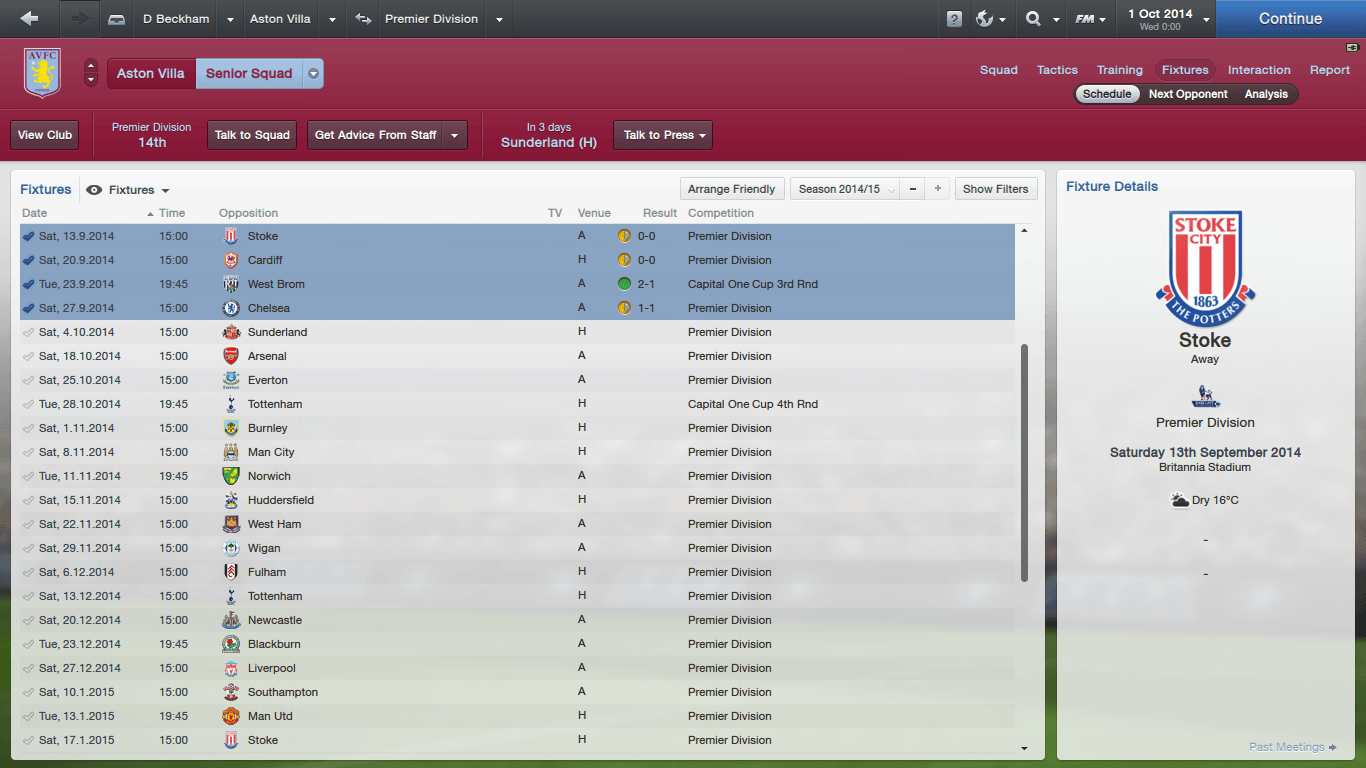 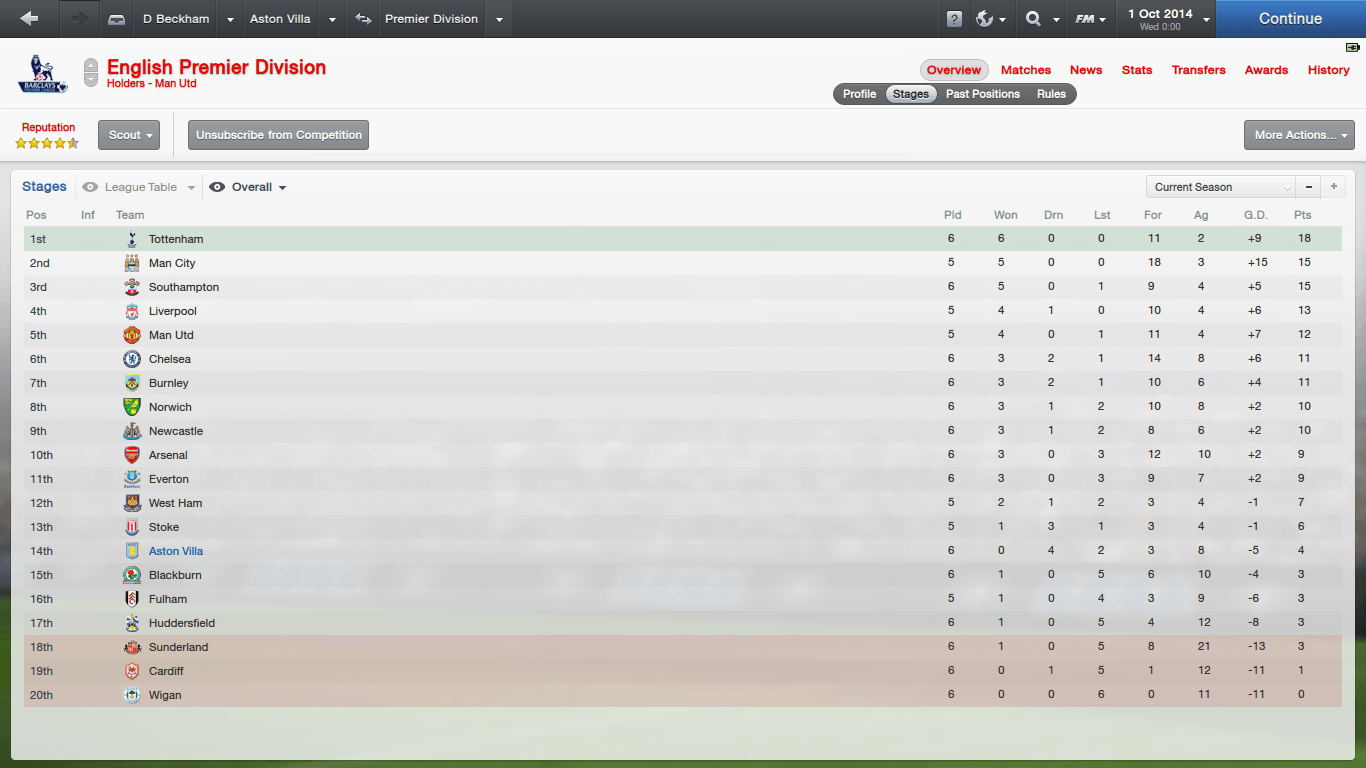 Once again, Aston Villa midfielder Will Hughes has won the Young Player of the Month award, and again, John Romero was close to winning it. This time, he is runner-up. 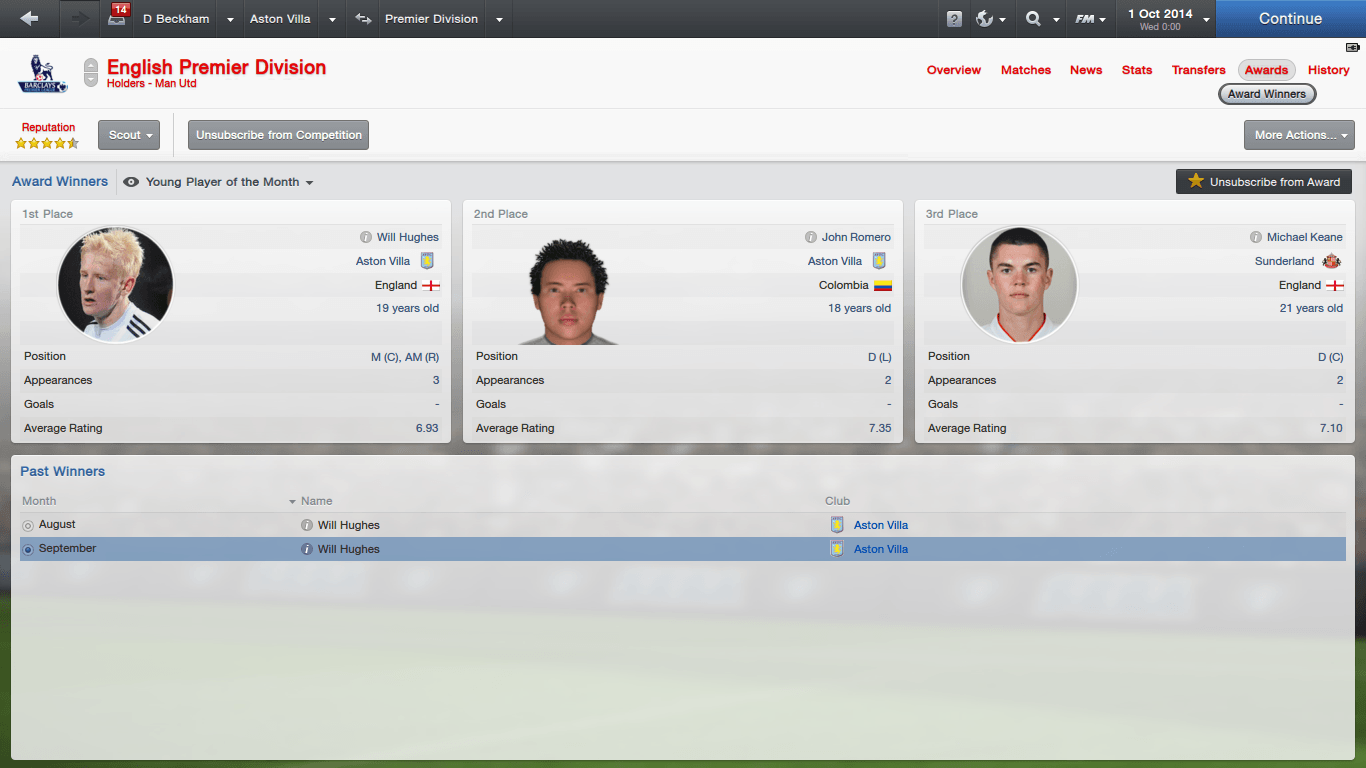 Will Hughes, who has been outstanding for Aston Villa this season, will be out for three months after an injury suffered against Chelsea, club officials have confirmed. 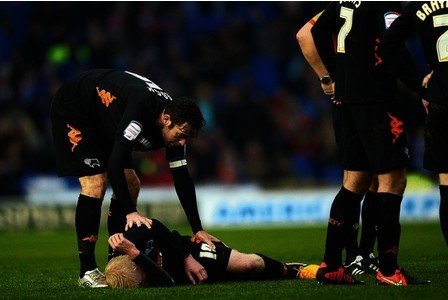 It is indeed a blow for the 19-year-old, who has been starting to find his place in the Villa first team.

This news will also come as a worry to manager David Beckham.

Injuries are said to have been a crucial reason for Villa's terrible start to the season, as Hughes joins an injury list consisting of Christian Benteke, Ashley Westwood, Glen Johnson, Doria and more recently, Darren Bent.

Benteke, Westwood and Bent are already back in training, although still unfit for any sort of match. Meanwhile, Johnson is expected to recover in another two weeks, while Doria, who was the surprise of last season having excelled despite it being only his second year in English football, will only return after another two months.
Login to Quote

Injuries have continued to pester Aston Villa this week with the latest news that Darren Bent has tore his hamstring, and is set to be out for 3 months, joining Will Hughes and Doria on the long-term injury list. 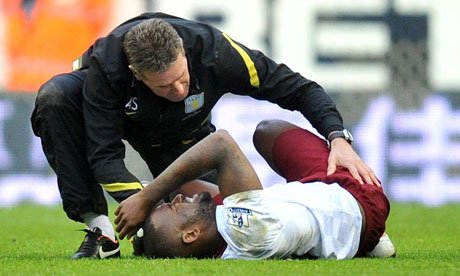 Bent was superb for Villa last season, scoring 24 goals in 31 appearances, and 29 goals in all competitions.

The forward, a part of England's World Cup winning team, will now have to postpone his target of being the recipient of the league's Golden Boot award, as well as having his international career pushed backward. Bent is slowly losing his place in the England team and this injury will not have helped at all.

Bent tore his hamstring turning out for Aston Villa Reserves in a match against Liverpool Reserves. He has just recently recovered from a short-term injury and David Beckham issued the order for him to play a Reserve match to gain match fitness before he returned to first team football.

However, it will now be up to Mattia Destro and Christian Benteke to shoulder the responsibility of Bent and score the goals for Villa.
Login to Quote